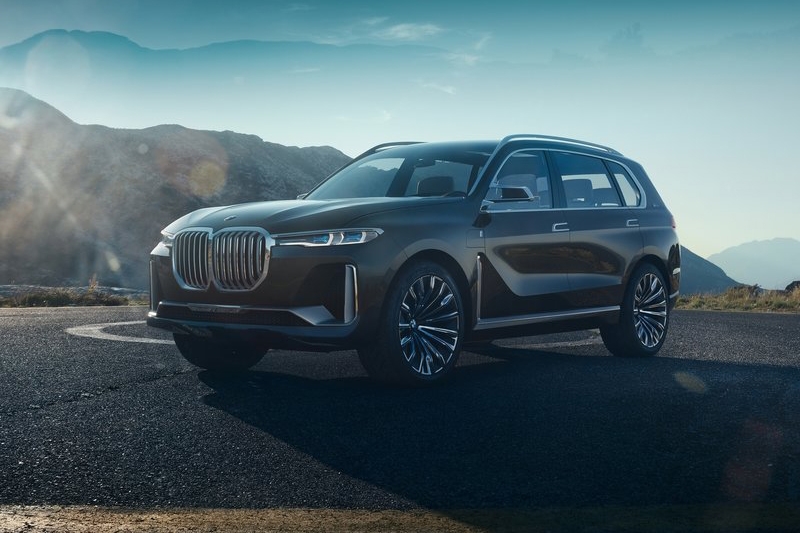 The BMW Group will soon pull back the covers on their latest model concept for the luxury segment at the IAA Cars 2017 show in Frankfurt. Named the Concept X7 iPerformance, it’s a whole new take on luxury for the BMW brand, with its striking exterior and generously sized interior for six.

Exuding exclusivity, the expansive exterior of the Concept X7 iPerformance identify it immediately as a BMW X model, with clear vertical proportions and significant ground clearance. The front end of the Concept X7 houses a large vertical kidney grille, flanked on either side by slim and elongated twin headlights — creating a powerful visual statement. 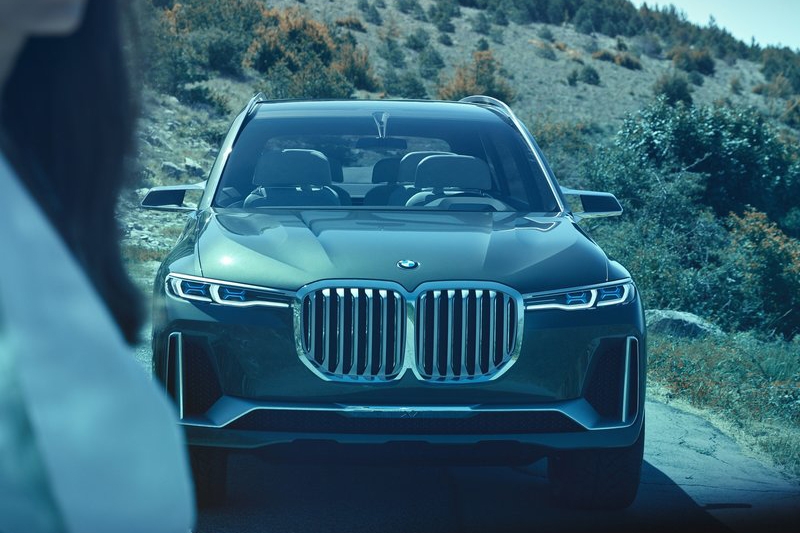 From the side, the nearly vertical front end leads on to circular-cut wheel arches (a first on a BMW X vehicle) and a steeply rising angle from the rear wheels to the tailgate, culminating in an almost vertical rear end. 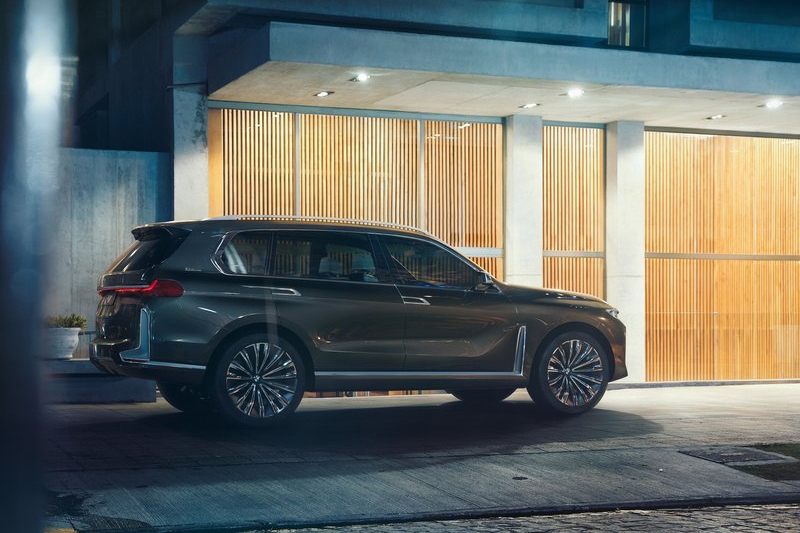 Statements of authority and elegance are relayed from the rear of the Concept X7. Vertical ‘aero lips’ clearly distinguish the rear of the car from the flanks, with slim rear lights that break up the immense body volume, and a chrome bar connecting them. 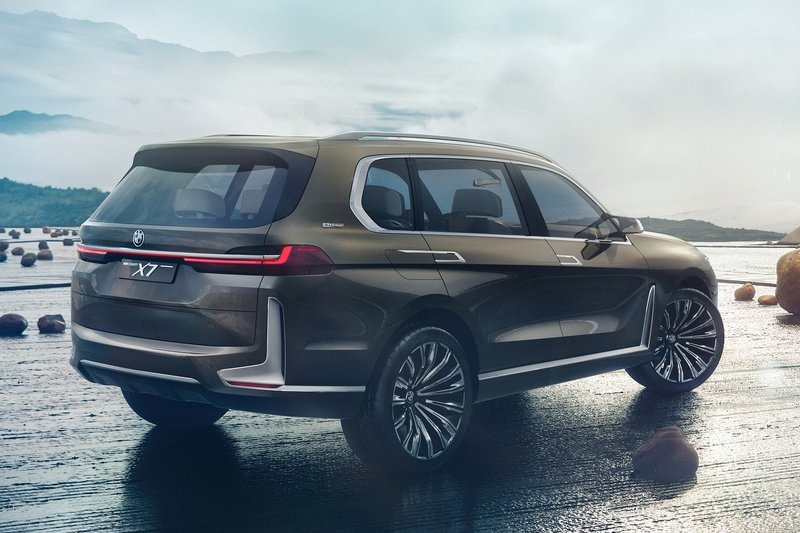 Inside the roomy cabin of the Concept X7, a highly exclusive and sophisticated ambience cocoons occupants in warm colours and quality materials. In addition, the large panoramic roof provides a remarkable amount of room above the occupants’ heads whilst giving the interior a light and airy feel. The six seats are arranged in three rows of two each, affording generous legroom to all. 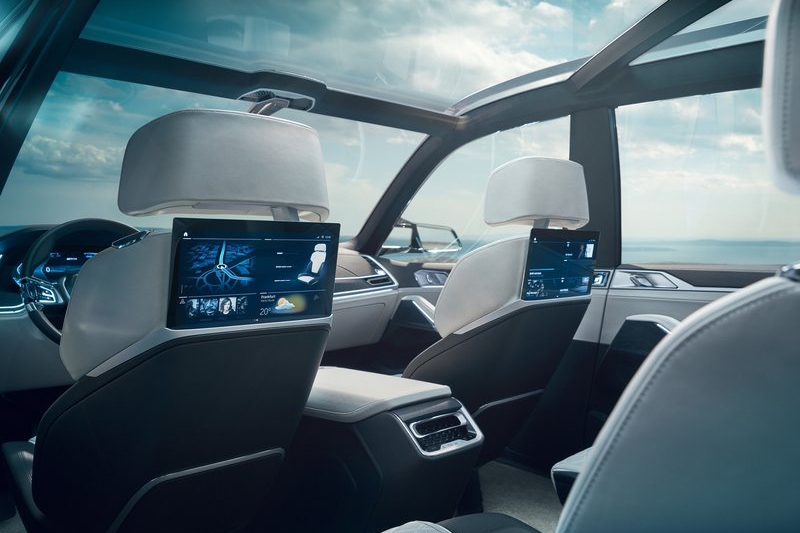 Driver focus familiar to all BMW customers is also present on the Concept X7, with the forms and surfacing of the instrument panel, centre console and doors allowing them to ‘wrap around’ the driver — this, in addition to the raised seating position that provides unbeatable all-round visibility. The instrument cluster is a fully digital 12.3-inch display, situated in close proximity to the central touchscreen information display to create the illusion of one large unbroken display. 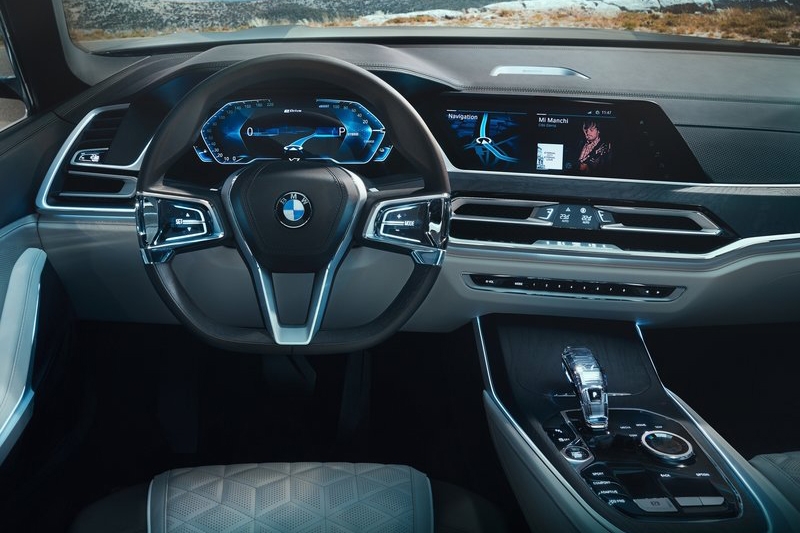 Joining the new BMW 8-series, i8, i8 Roadster and 7-series, the Concept X7 iPerformance completes BMW’s current luxury segment product line-up. These elite models have a newly developed presence and a specially designed logo combining a black-and-white version of the BMW roundel with ‘Bayerische Motoren Werke’ written out in full — this will be unveiled for the first time at the IAA Cars 2017 show, to be held from 14th to 24th September 2017. 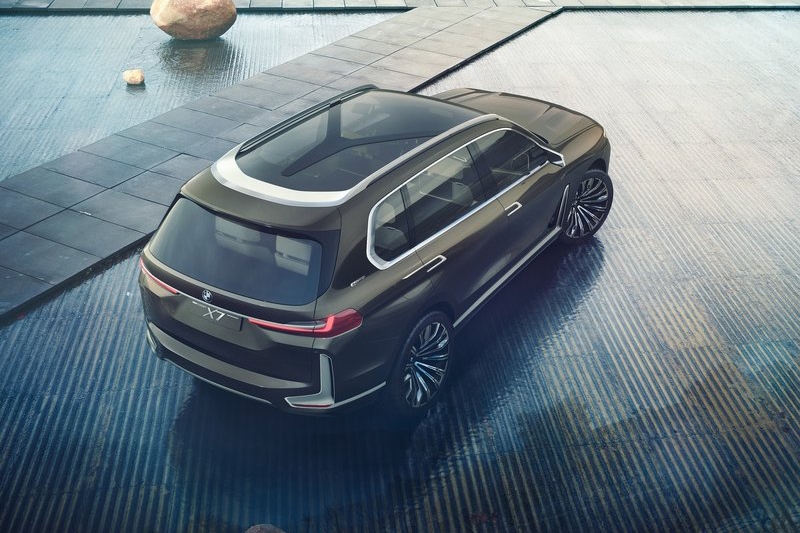