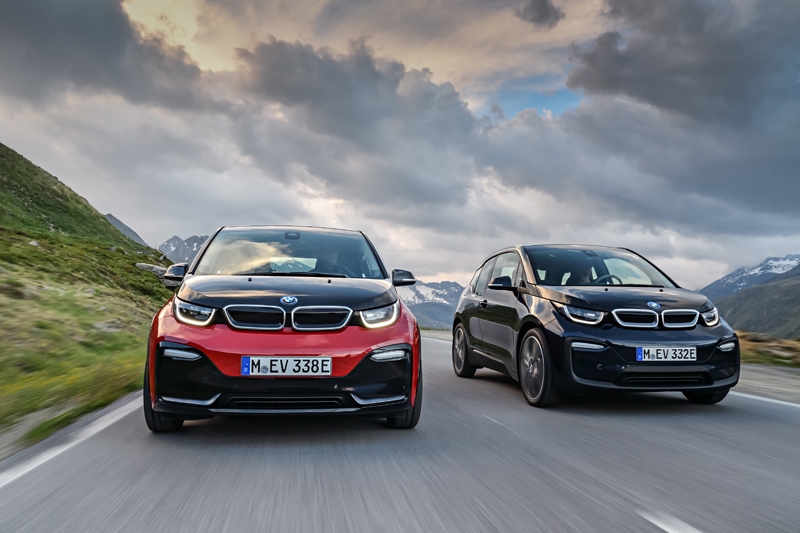 The top selling premium electric car in its class gets refreshed

Despite the first-generation i3 achieving excellent sales in the showrooms, BMW is not resting on its laurels. On the contrary, they have tweaked the recipe for success with new styling accents, cutting-edge equipment, and new digital services – even adding a new model variant.

Premiering in September 2017 at the International Motor Show (IAA) in Frankfurt, the refreshed BMW i3 and new BMW i3s enable drivers to enjoy locally emission-free mobility with the added benefit of instantaneous power delivery. Both models draw their energy from a 33 kWh lithium-ion high-voltage battery (an increase from the original i3’s 22 kWh battery), offering a range of up to 300 km. Should a longer range be required, a 38 bhp range extender petrol engine can also be ordered as an option for both cars, extending range by an additional 150 km. 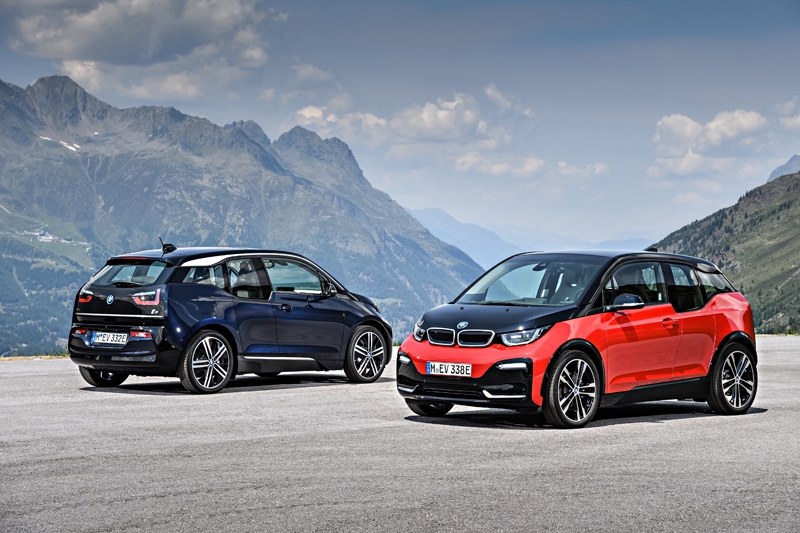 The synchronous electric motor powering the new BMWÂ i3 generates a maximum output of 170Â bhp, with 250 Nm of torque available instantly from a standstill. Through a single-speed automatic transmission, the power propels the new i3 to 100km/h in 7.3 seconds, to a top speed of 150km/h. 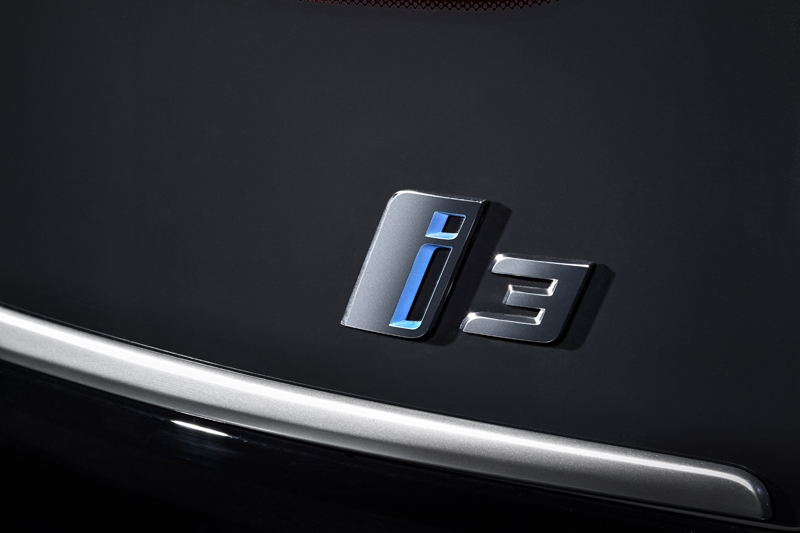 With the new i3s marketed as a sportier interpretation of zero-emission mobility, BMW has fitted it with a high-performance electric motor that produces 184 bhp and 270 Nm of torque, with optimised power delivery thanks to modified motor control and specific taper roller bearings. To match the improved performance, theÂ i3s also boasts handling improvements including sports suspension with specially developed springs, dampers and anti-roll bars. 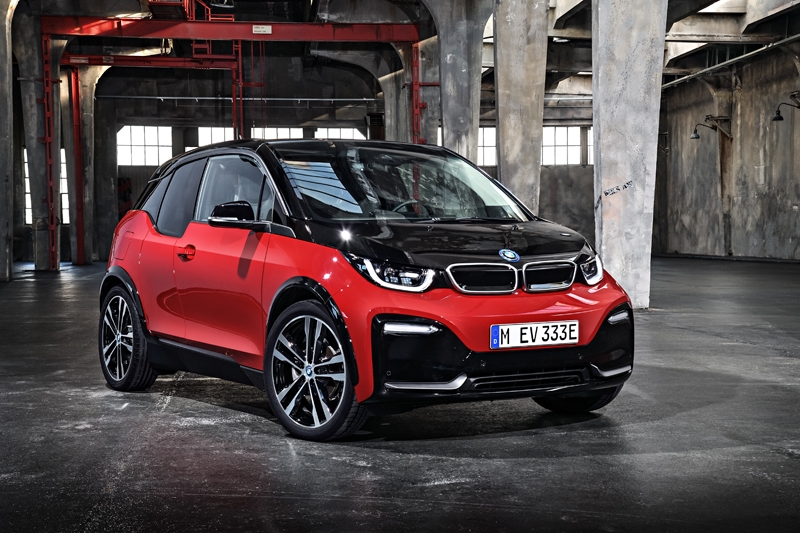 Various driver assistance systems are also present on the i3 and i3s, with systems that aid handling and systems that eases a driver’s workload. The optimised Dynamic Stability Control (DSC) and Dynamic Traction Control (DTC) boosts handling, with the DSC system functioning as a typical traction control system, but additionally featuring a globally unique form of wheel speed limiting that ensures increased directional stability and improved traction during pull-away on snowy or wet roads. Working together with the DSC system, DTC increases the agility of the vehicle at higher speeds and during sporty cornering; even going to the extent of allowing mild and controllable drifts. 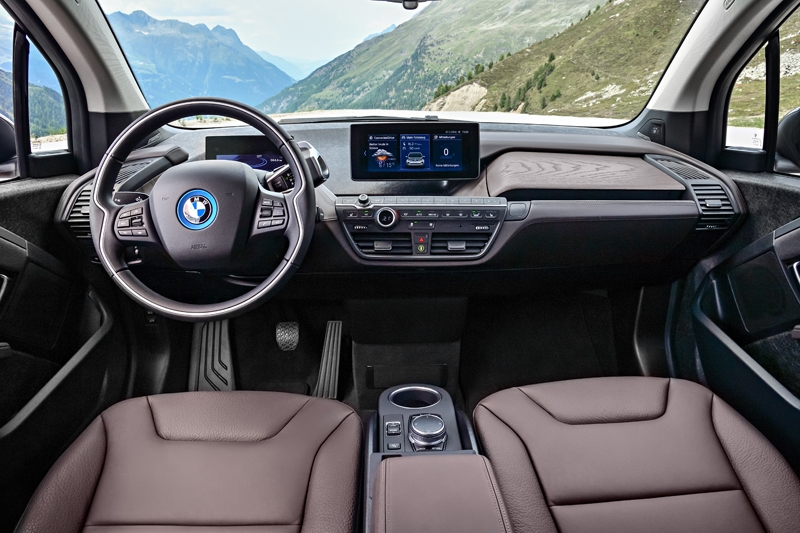 The Parking Assistance package and the Driving Assistant Plus package lessen the driver’s workload with autonomous parking functions and existing features such as Park Distance Control and a reversing camera. While on the move, the Driving Assistant Plus package incorporates useful functions for the city driver such as Active Cruise Control with Stop & Go, and the Traffic Jam assistant, which maintains a safe distance to the car in front when travelling in stop-start traffic at speeds of up to 60km/h. 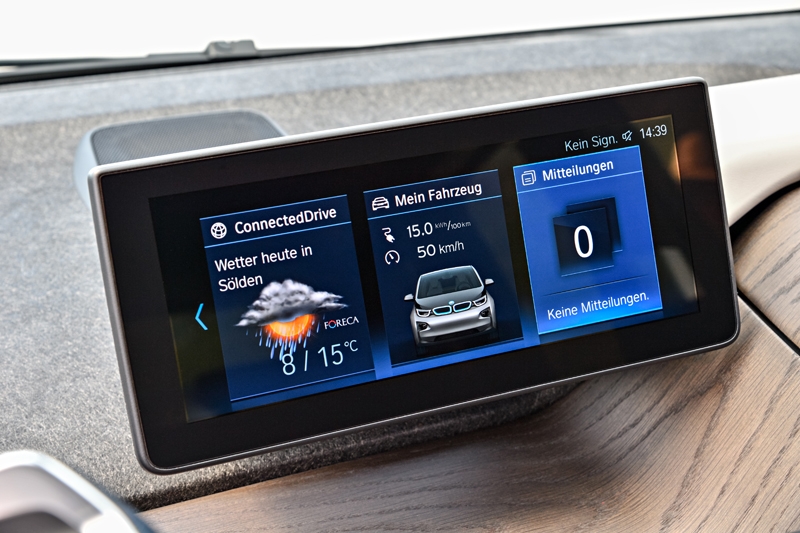 Whilst enjoying the driving dynamics and suite of assistance systems, drivers and passengers alike are cocooned in the i3 and i3s’ carbon fibre-reinforced plastic (CFRP) passenger cell, with ‘Loft’, ‘Lodge’ and ‘Suite’ equipment lines available as alternatives to the standard ‘Atelier’ version. Opting for the ‘Lodge’ interior design option covers the seat surfaces with Solaric Brown leather and a new wool-based textile material. Adding a splash of colour in the interior is now possible with a new blue seat belt option, and floor mats with special model lettering standard. As occupants exit the vehicle, thoughtful features such as opposite-opening doors allow ease of ingress and egress. 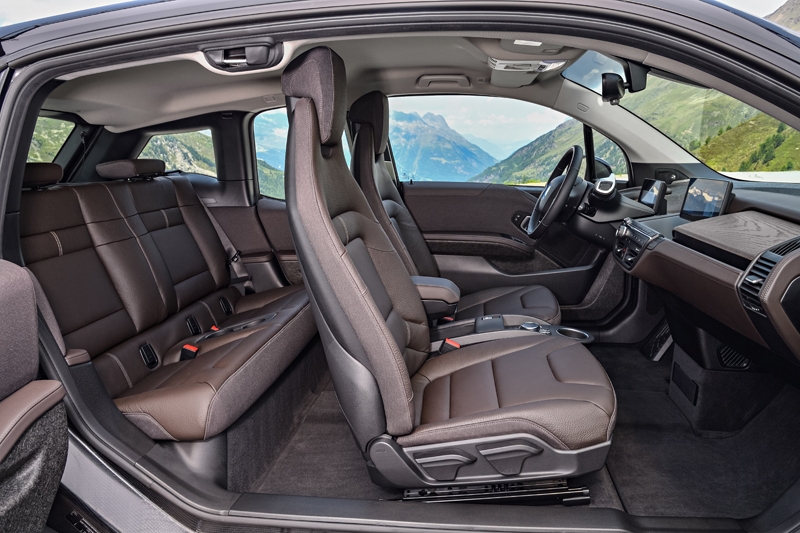 Striking exterior design cues of the i3 have been emphasised or redesigned, such as the trademark BMW i Black Belt that now has A-pillars and roof lines complementing it. On the nose of the car, the front bumper has been painted body colour and features a black U-shaped surround (for the i3), or with both the bumper inlay and U-shaped surround finished in black (for the i3s). The front and rear aprons of the car have also been restyled, placing emphasis on the car’s width and hinting at their sportiness. The exterior design is finished off with all-LED headlights as standard, including new LED turn signal indicators integrated into the front apron. 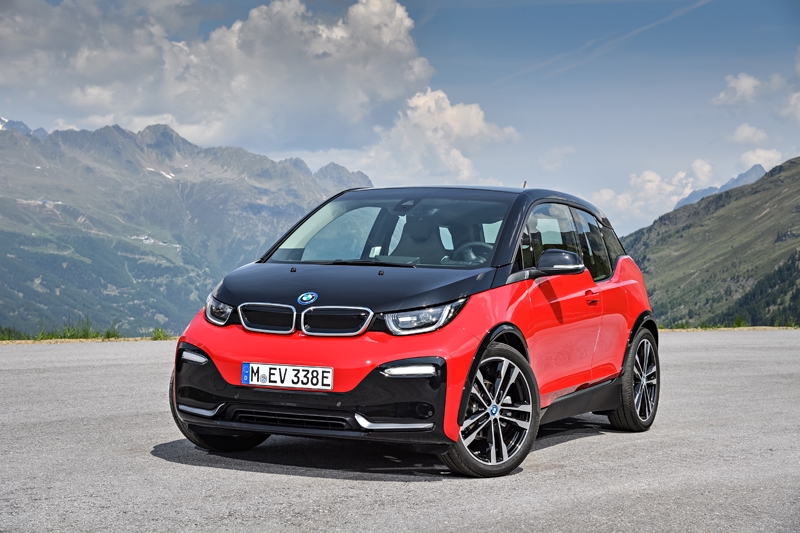 Combining the latest technological innovations with an evolutionary development of the car’s design and the expansion of the model range, the BMW i3 and i3s is an attractive and practical proposition in the current age that focuses on reduced reliance on fossil fuels. 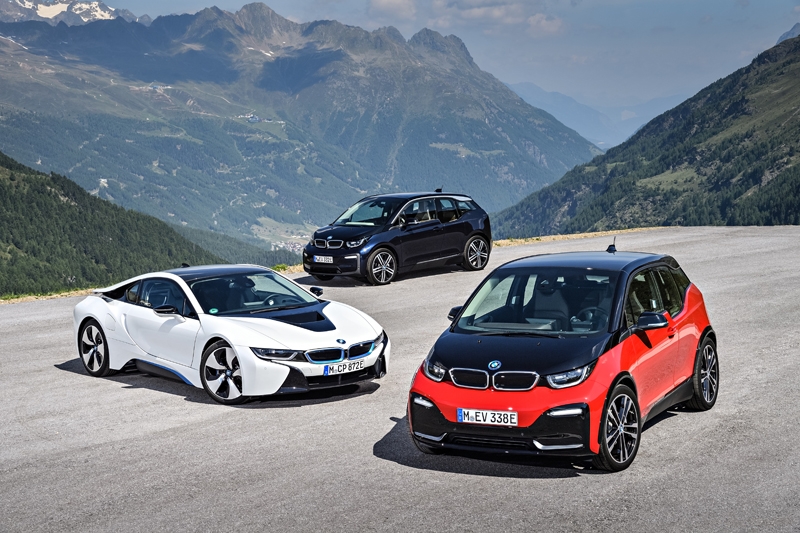