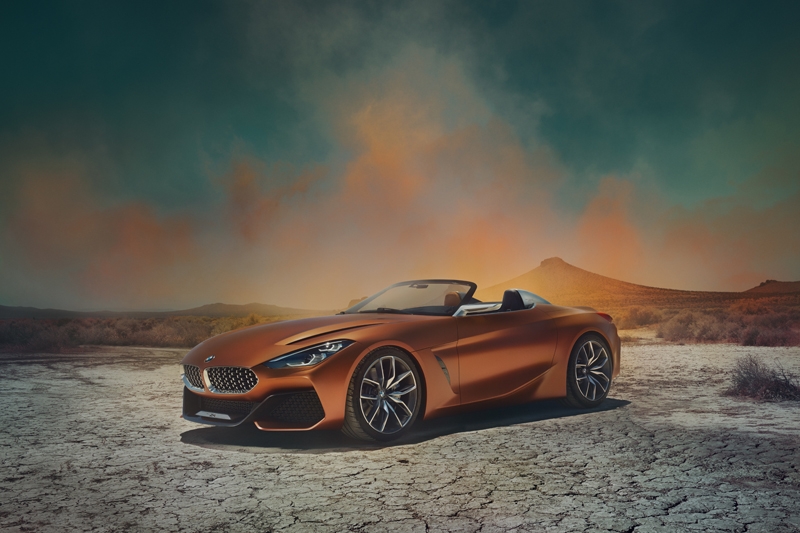 During the Concours d’Elegance at Pebble Beach, BMW presented its new take on a BMW roadster, the BMW Concept Z4. “Stripping the car back to the bare essentials allows the driver to experience all the ingredients of motoring pleasure with supreme directness,” said Adrian van Hooydonk, Senior Vice President of BMW Group Design.

Classic roadster design cues are featured on the Concept Z4, such as a long wheelbase, low-slung and stretched silhouette and a compact rear end. The outline of the car follows a wedge shape, with a shorter bonnet and crisp overhangs at the front, and large domes that integrate the rollover bars stretching out rearwards — allowing the Concept Z4 to exude dynamism even when standing still. 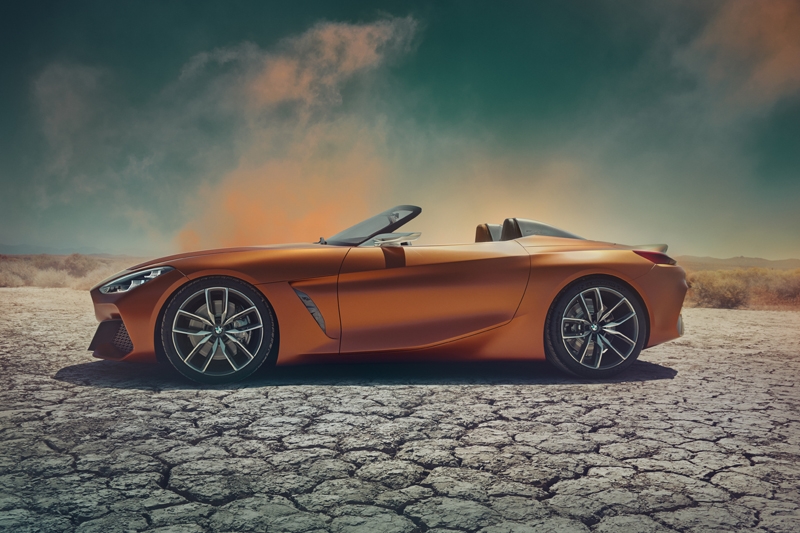 At the front end, the low-set kidney grilles work together with the higher-positioned headlights to spark associations with the BMW Z8 of yesteryear, lending it an air of flamboyance. Several design cues are distinct from other BMW models; such as the kidney grilles that feature an elaborate mesh design and a new vertical interpretation of the classic four-eyed headlight look. 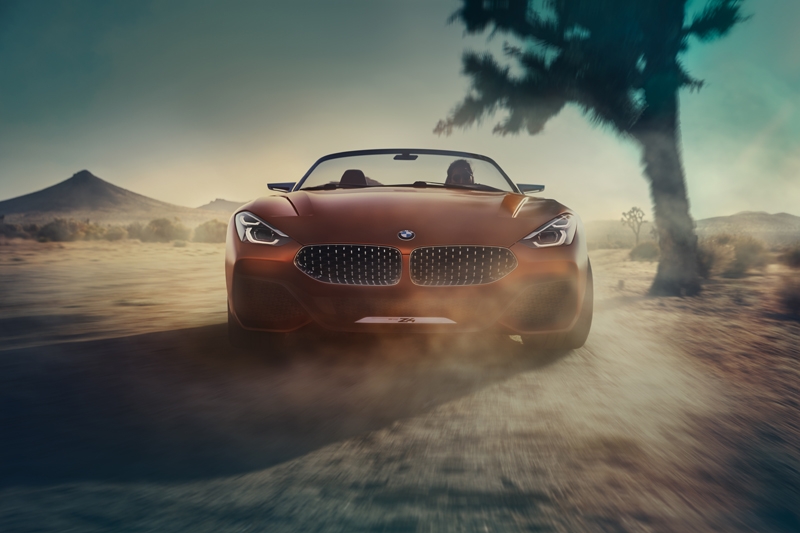 Around the car at the rear, powerfully flared wheel arches endow the car with broad haunches, and are emphasized by the slim L-shaped rear lights that enhance the car’s sporting stance. Above the lights, a prominent spoiler is incorporated into the boot lid, working together with the large air outlets and carbon-fibre diffuser to create dynamic overtones. 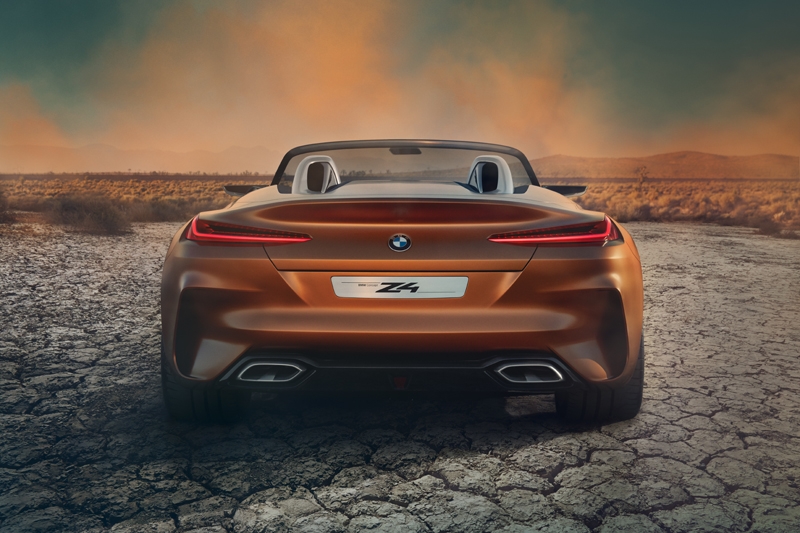 The interior takes on the character of the exterior, adopting the Energizing Orange exterior body colour thus creating a visual link between the interior and exterior. The driver’s seat and all interior elements that encircle the driver are finished entirely in black, reinforcing the focus on the driving experience. 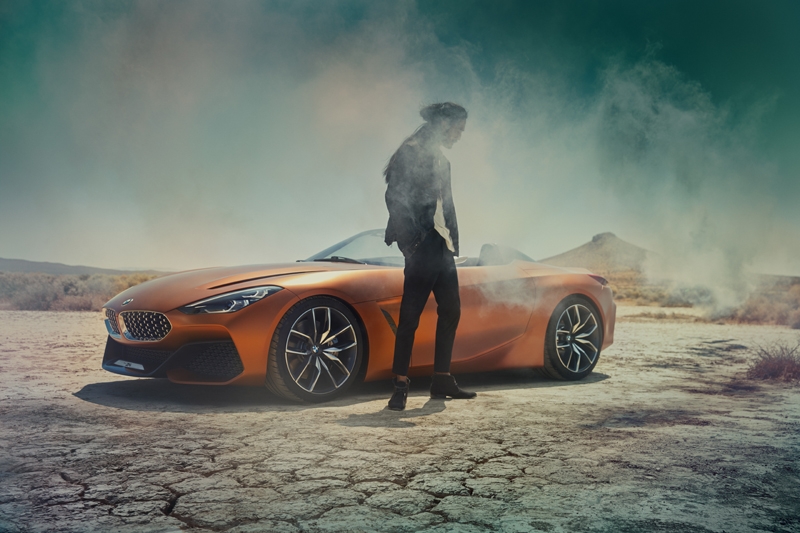 If the production version of the third-generation Z4 retains the dramatic styling cues of this Concept Z4, competitors such as the Mercedes-Benz SLC-Class and Audi TT Roadster may have cause for worry.