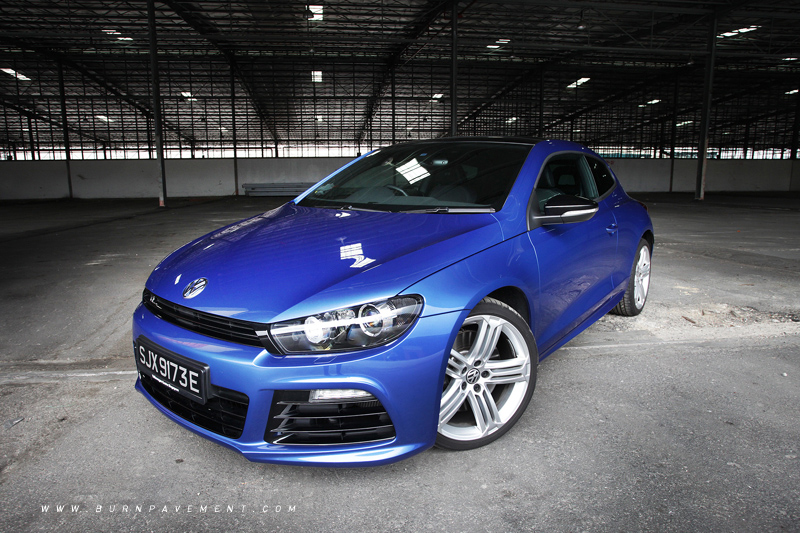 Making it's way to the ring from Wolfsburg, Germany, weighing in at 1,364 kilograms, its the Rated R Superstar, 'The Roc' Scirocco!

When it comes to the alphabet 'R', what would you think of in the automotive industry? Instantly one would associate this alphabet with the Type-Rs, Version Rs, RS, RS-Rs, GSRs, MRs, GTRs et al, proving that the R is the most widely used alphabet in this industry, and rightfully so, for one cannot spell racing without R nor leave the R out when naming a high performance variant of a car model. With Volkswagen, it is no stranger to the alphabet R either. In fact the Scirocco is the latest Volkswagen to wear the R badge, after the Golf R32, Touareg R50, Passat R36 and Golf R.

You like the Scirocco 1.4 TSI, you love the 2.0 TSI Scirocco Sport, but the Scirocco R will make you develop automotive lust. Based on the GT24, a race car Volkswagen used for the 24-hour race at the NÃ¼rburgring, the Scirocco R is the highest specced Scirocco in Singapore that seats proudly above both the twin-charged 1.4 TSI and the 2.0 TSI Sport in the Scirocco hierarchy. Using the very same tuned up EA113 like the Golf R, the Scirocco R churns out a hefty 256 bhp in power and 330 Nm worth of pavement burning torque due to its uprated pistons, high-pressure injectors, and a bigger turbo and intercooler, all transmitted solely to the front wheels that digs hard into the tarmac. Yes you heard me right, the Scirocco R is a front-wheel drive hot hatch. 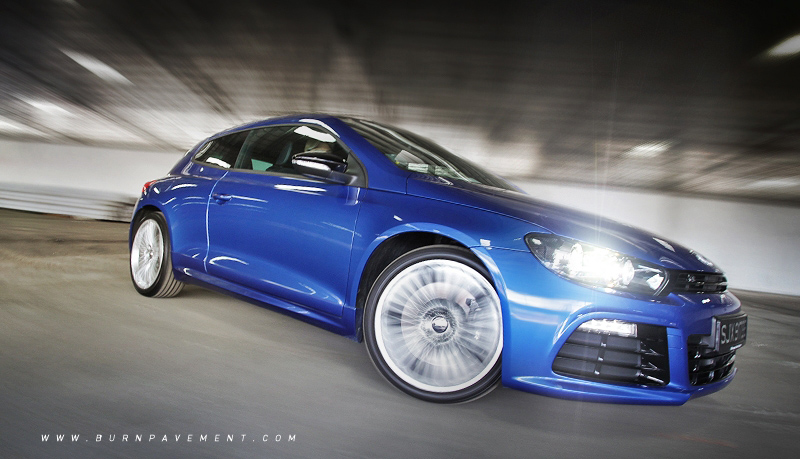 On the move, the Scirocco R moves lithely with a dash of wheel spin thrown in for good measure, all in the name of high performance fun. Accelerating from nought to 100 is just a mere six seconds which is a second faster than the 2.0 TSI Scirocco Sport. Compared to the Golf R which I've reviewed previously, the Scirocco R responds better to throttle input with a desire to surge forward with more enthusiasm unlike the Golf R which is a tad sluggish when shooting off the blocks, I'll attribute it to the Scirocco R's front-wheel drive train and the weight difference of 102 kilograms (The Golf R is heavier). Paired with Volkswagen's six speed DSG gearbox, the Scirocco R changes gear ratios with lightning fast speed and the first two ratios are accompanied by this wonderful exhaust burble that I first heard in the Golf R. 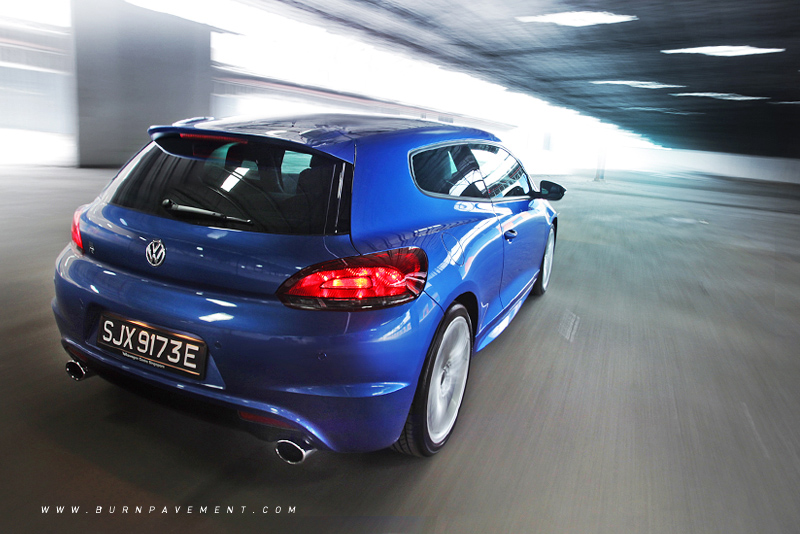 Without the weight burden of a four-wheel drive train, a lower centre of gravity and a track wider than the Golf R’s, the Scirocco R handles corners with aplomb and speed, with only the slightest hint of torque steer on uneven road surfaces, this in my opinion is a trait displayed by well balanced high performance rides. Like the Golf R, the Scirocco R is also equipped with the standard chassis control system that allows a driver to adjust the damper, steering weight and throttle response in three different mode settings, as usual I had it in Sports on the test route we often patronise. In Sports mode, the Scirocco R handles ably with the suspension well modulated to tight corners and bumpy surfaces. Like the Golf R, speed retardation is also excellent, with the very same 345mm front and 310mm rear brakes working up a treat with great immediacy. 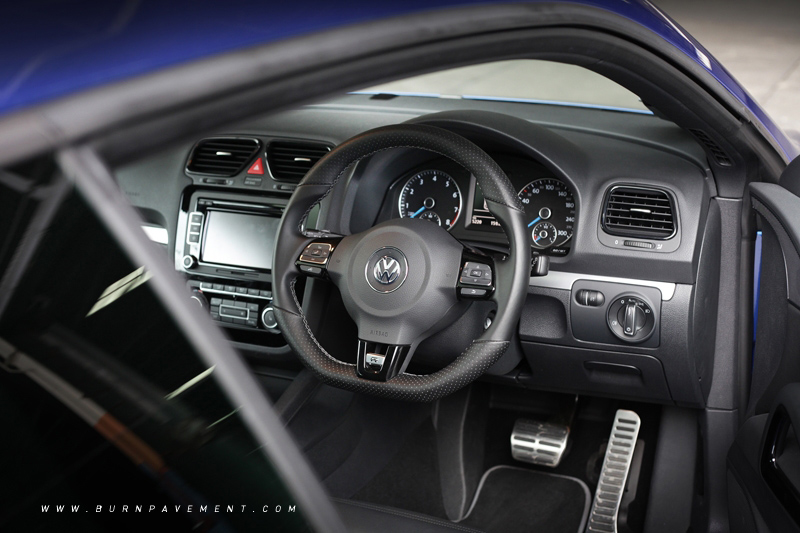 Pulling over by the side, I can't help but admire the stylish interior of the Scirocco R. Like the other Volkswagen cars badged with the R, the Scirocco R comes with distinctive add-ons to set it apart from the other two Rocs such as high-gloss black inserts instead of chrome or brushed metal found in the other two variants, R logos that can be found peppered in various places to remind the driver that this is no ordinary Scirocco, bespoke sports seats as well as the trademark blue R needles on the instrument panel that does the inverted pendulum swing when the ignition is switched on. Other than the above mentioned, the rest is pretty much the same as what you see in the other two Scirocco variants. 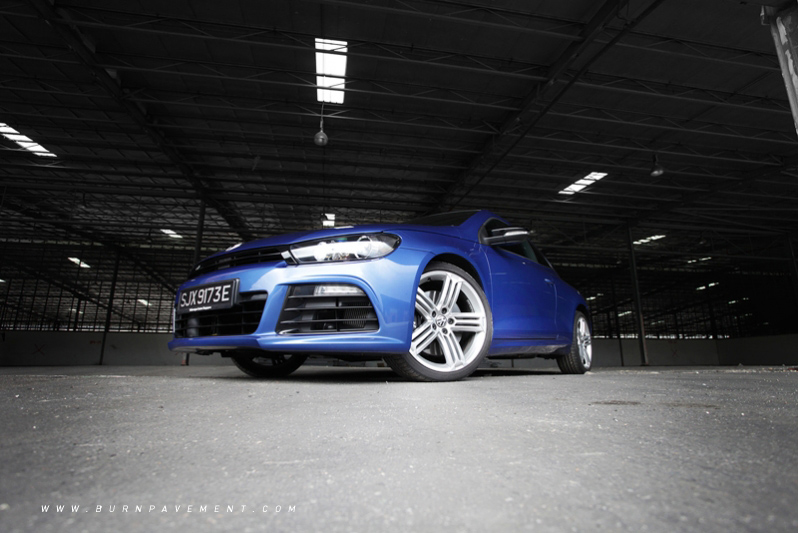 However, it is the exterior of the car that is truly rated R. Though the Scirocco R still shares the same Scirocco body shell, the Scirocco R is endowed with 19" Talladega alloys and dynamic R line styling cues for that much desired aura of restrained aggression waiting to be unleashed onto the tarmac. Starting from the front, the Scirocco R features a redesigned bumper with huge air intakes and LED daytime running lights, while at the back, you can find smoked out tail lamps, a larger roof spoiler, a diffuser and a wide-set pair of chrome exhaust tail pipes. And that's not all, for the Scirocco R sports a similar finish of gloss black on its radiator grille, wing mirrors and diffuser to bring forth the interior theme of subtle aggression externally. 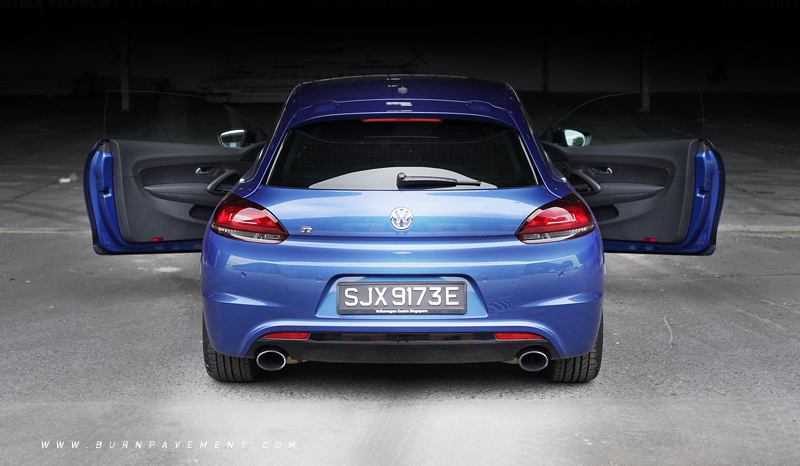 Stylishly aggressive and faster than the other two Sciroccos, the smoking hot Scirocco R is the car of the moment. With its lower and wider stance, front-wheel drive train and tuned up EA113 power plant, the Scirocco R is sure to set hearts aflutter even though it is not as practical as a four door Golf R. However in my opinion, the Scirocco R is definitely the better looking car, and further more, it is lighter, drives better and more affordable. If only the car is further equipped with the Scirocco Cup Car spoiler... 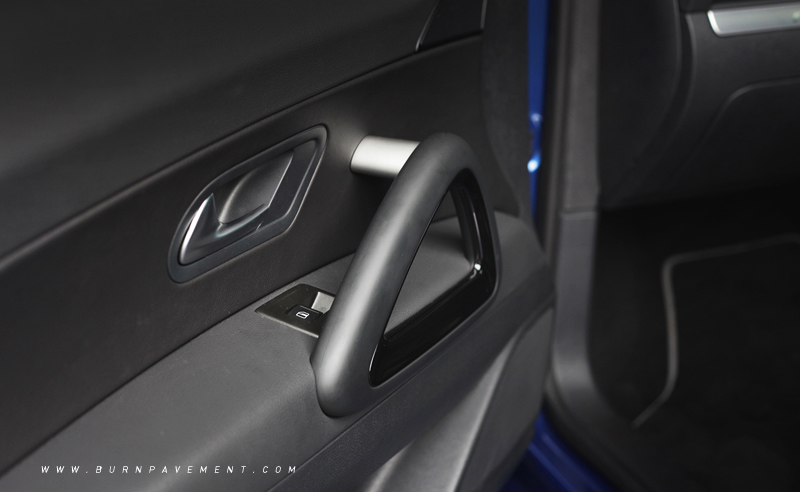 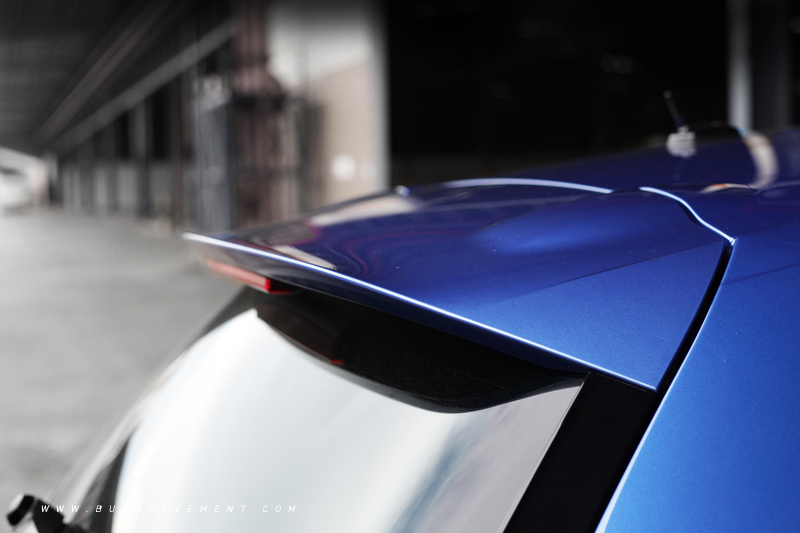 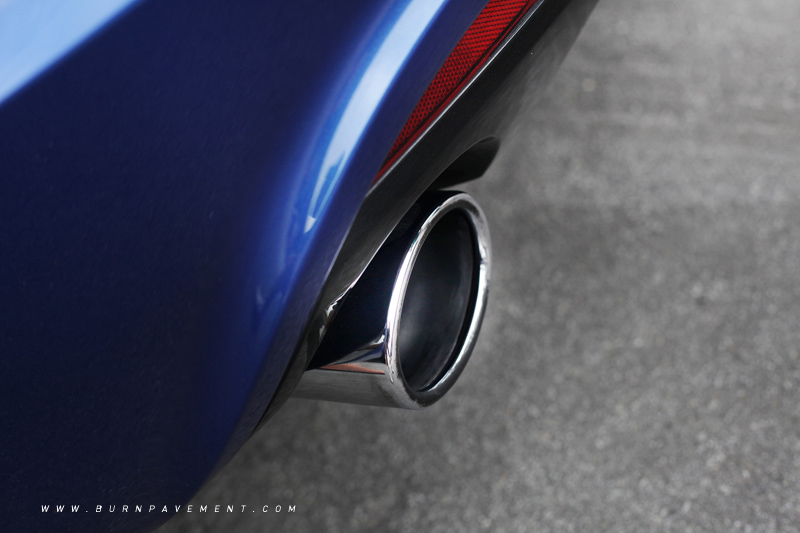 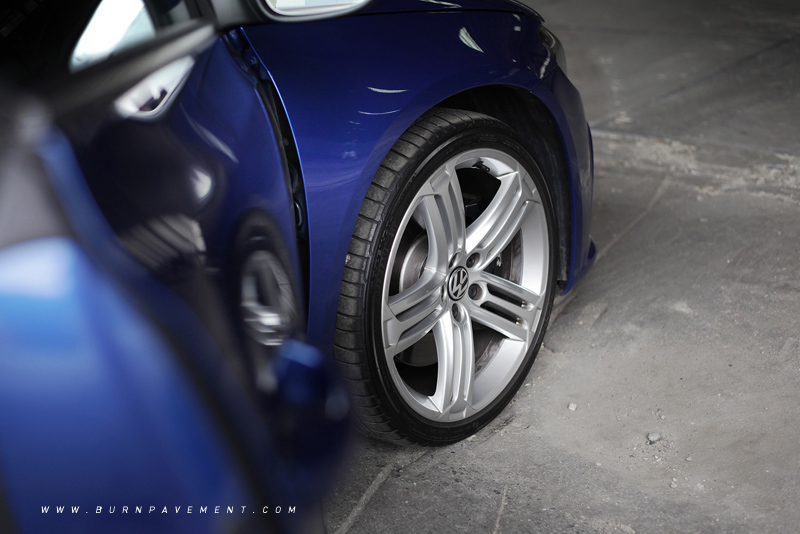 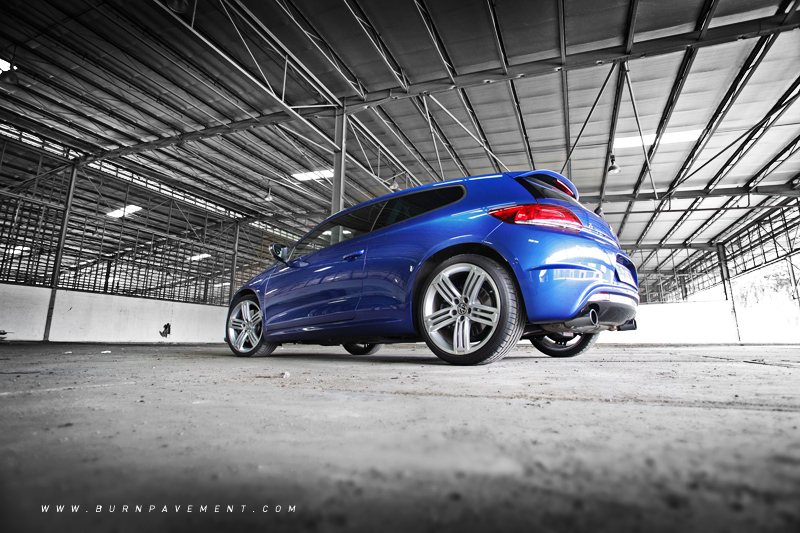