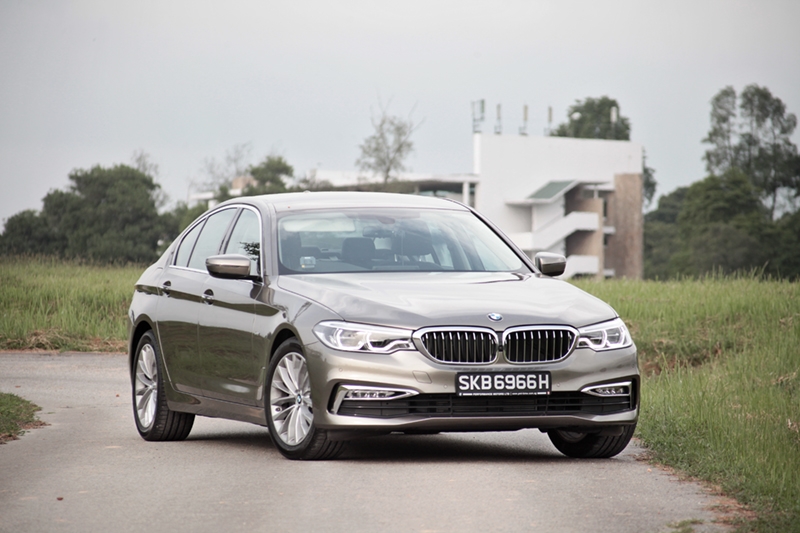 If you’re highly attracted to the new BMW 5 Series and cannot decide which variant to get, read this…

It must be said that our motoring society is, sadly, still biased towards diesel; in other words, ‘diesel-phobic’. There’s this strange impression that a diesel derivative is less superior compared to a petrol version - from performance right down to image.

Well this isn’t BMW’s first attempt at luring more buyers towards their diesel 5 Series model. Both E60 and F10 generations were offered with a diesel option — 520d — but unfortunately, interest is small. Probably the clattering at idle was too embarrassing; or it could be due to the fact that it lacks the refinement when driven over longer distance. 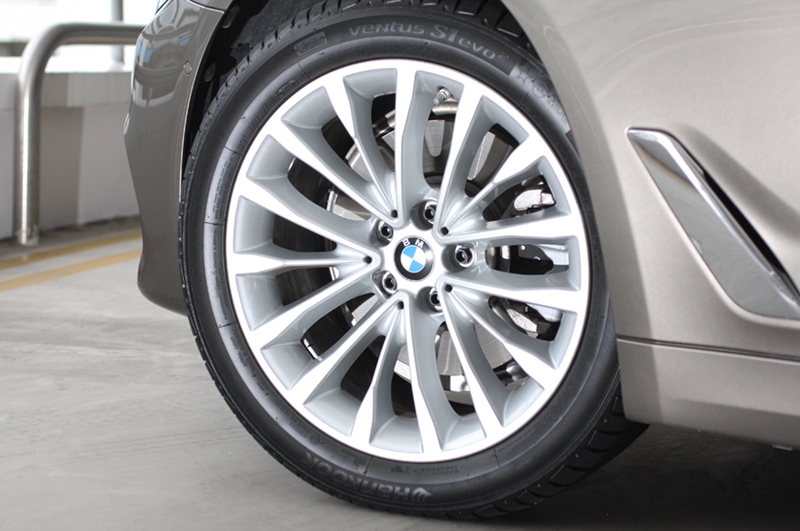 But oh how times have changed since the F10 520d (we also reviewed this car previously). Now meet the highly improved G30 520d. 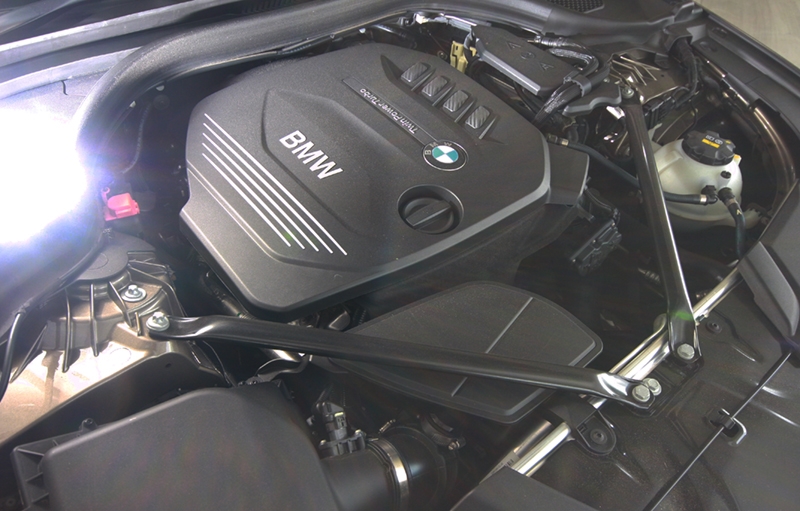 The difference first starts below the hood. Powering the 520d now is a Euro VI compliant 4-cylinder, 2.0-litre turbodiesel powerplant (previously a Euro V unit) mated to an 8-speed Steptronic transmission; in true BMW tradition, power is sent to the rear two wheels. And with this new engine, power output has seen an increase as well — previously 184 bhp and 380 Nm, it is now bumped up to 188 bhp and 400 Nm. 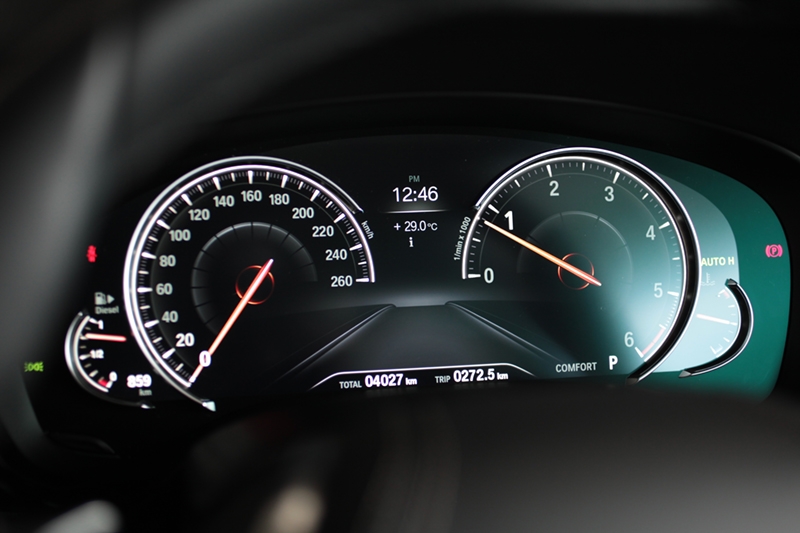 And being a lighter car compared to its predecessor, the century sprint timing has also improved. It takes 0.4 seconds faster — now 7.5 seconds — and along with that, a top speed of 235 km/h (previously 231 km/h). 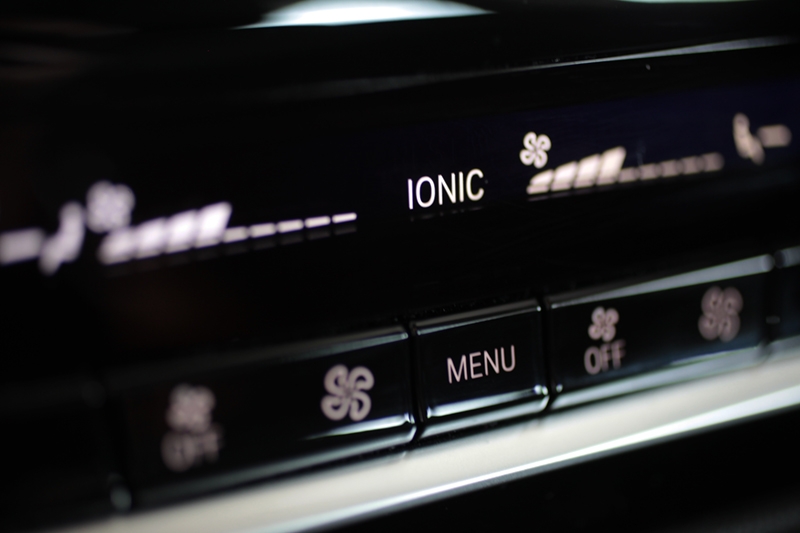 Besides cleaner air in the cabin, you can also choose different scents to suit your mood - lets get it on...

On top of the improved pace, the 520d does the task in a relatively smooth manner. While cruising along the expressway at a relaxed pace, it sounds no different than its petrol brethren; better still, you hardly hear or notice any unwanted diesel clatter. Heck, if you were to remove the ‘520d’ badge and replace it with a ‘530i’ one, nobody could tell the difference. 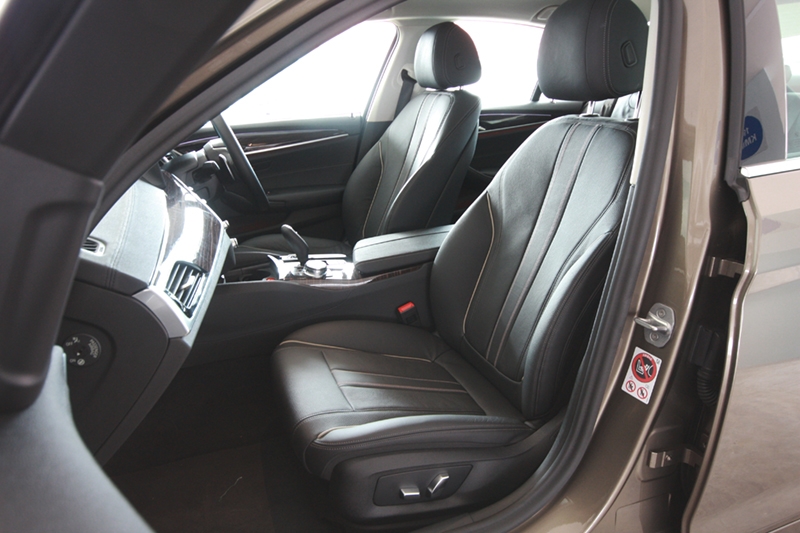 Even if you’re standing outside the car waiting for the missus, the clatter is something you could easily miss when compared to the F10 520i’s. For that, BMW’s engineers must be given a big round of applause for toning that down, which could be considered a feat. 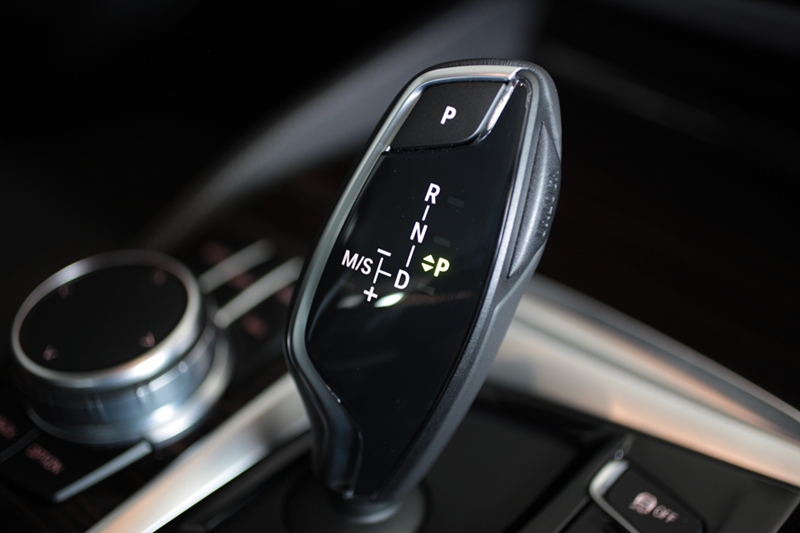 Refinement aside, power delivery is brisk to say the least. Surprisingly you don’t have to coax the engine up high to get some action; from about 1,400 rpm onwards, you could feel the car being pushed forward with the transmission shifting up smoothly. You see, the average turbodiesel engine would fall flat anywhere past the 3,500 rpm mark, but not this one. Even if you’re at seventh and need to do a quick overtake, extra pressure on the accelerator is all you need, without the gearbox even needing to shift a ratio down. 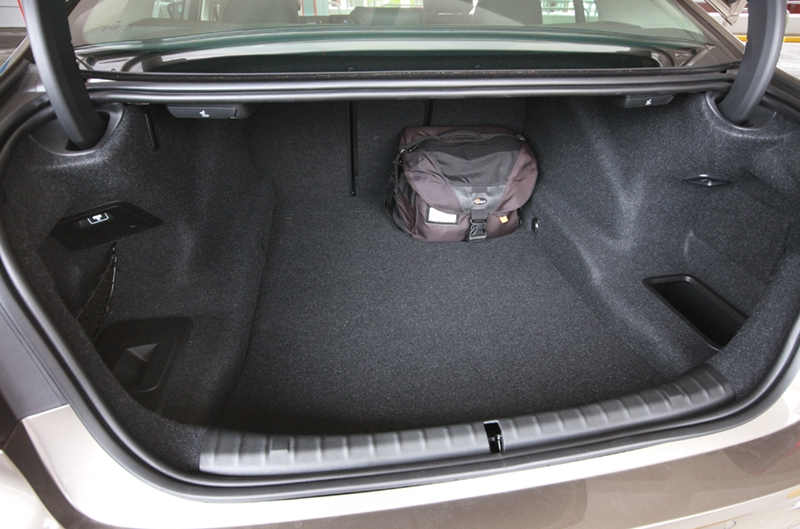 530-litres worth of space on offer

Swap to manual selection mode and it will even pull willingly close towards its 5,500 rpm redline. Without saying too much, most of the time I was left wondering whether BMW had ‘misbadged’ this particular 5 Series or not… 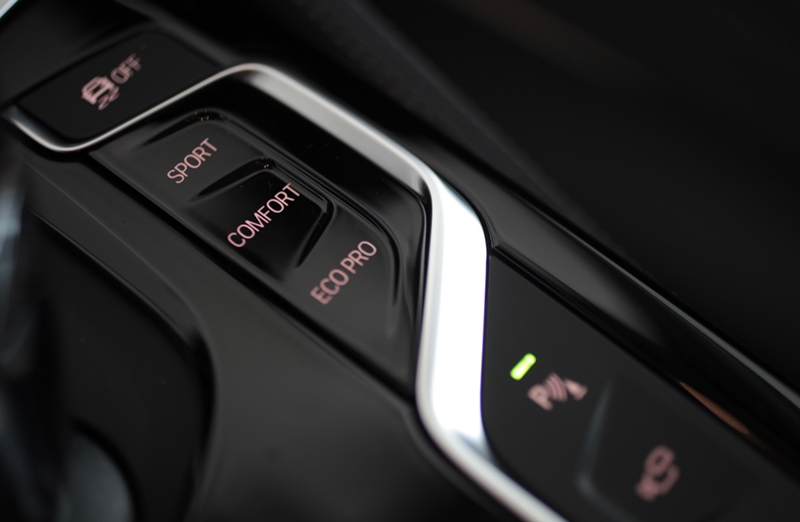 The 520d can be driven in three other modes besides default mode — Sport, Comfort and Eco Pro. They’re all self-explanatory by now, but I must confess that BMW has made the difference in suspension setting between Comfort and Sport almost negligible. It’s as though BMW had already come up with a brilliant suspension set up but just added the ‘Sport’ and ‘Comfort’ option to satisfy their marketing team. 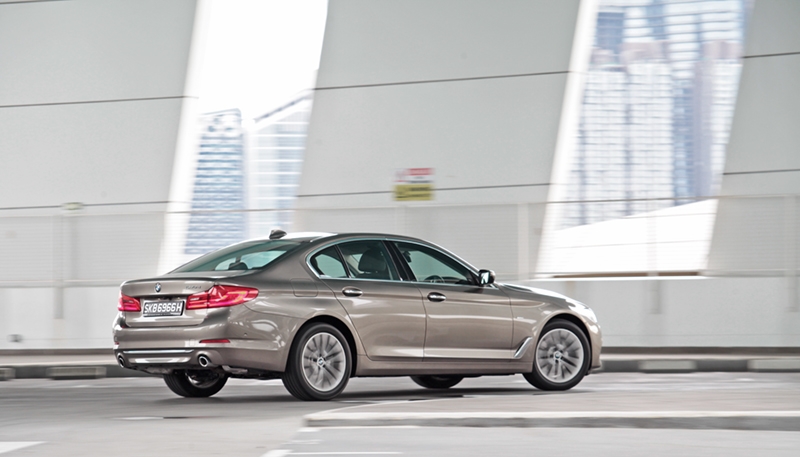 That aside, the steering’s accuracy and weight makes the 520d a car you could still bring up north for some serious b-road driving. Despite feeling slightly softer now than before, this is one car that is stillpoised with well-managed body movements which needed a lot to be thrown into understeer (and see any safety nanny’s blinking its light away).
Anchors, while responsive, could still do with a little more feel though. 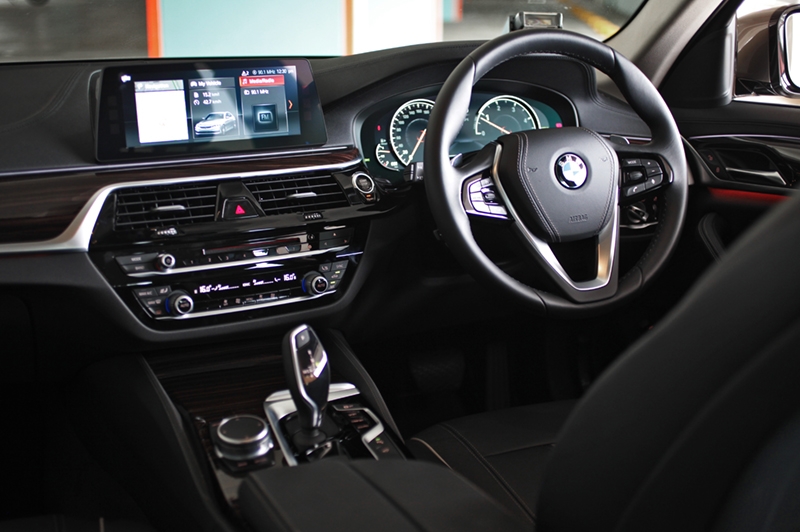 Cockpit remained the best in business, with tactile control buttons well positioned towards the driver. The iDrive comes with more functions, but most importantly, gets better graphic resolution; as though BMW simply put the 7 Series in here, which is not a bad thing. 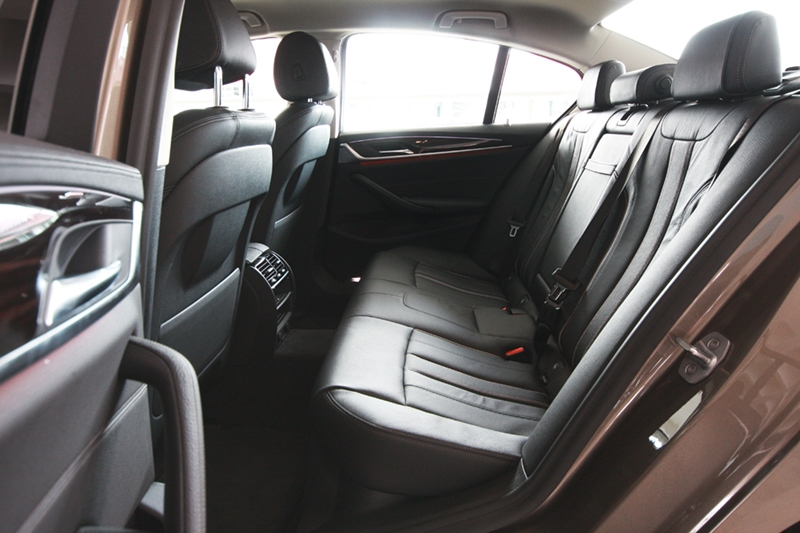 The seats are supportive and comfortable, wrapped in premium cow. Overall build quality is faultless and it’s very, very hard to call out any potential issue. Then there’s the rear bench: By golly, this would probably be the first car ever where people would fight to sit at the back. The way it is sculpted and bolstered, my word, really cocoons you snugly. In fact, this could be the solution to your in-law’s back problem. 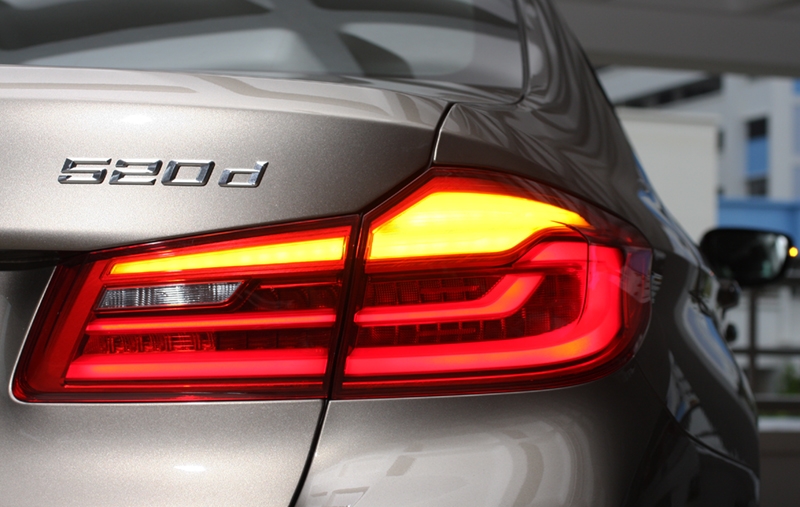 So there you have it, the ‘entry-level’ G30-generation 5 Series that actually proved to be posh instead. It has refinement, confidence and comfort all in one package — hence, if you’re looking at the new 5 Series and can’t decide which variant to get, I urge you to save that $20k over the 530i, and just get this 520d instead. 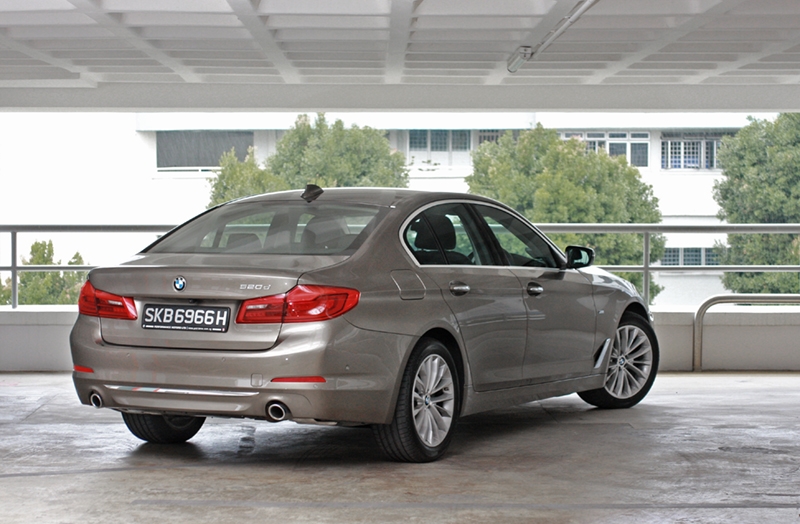 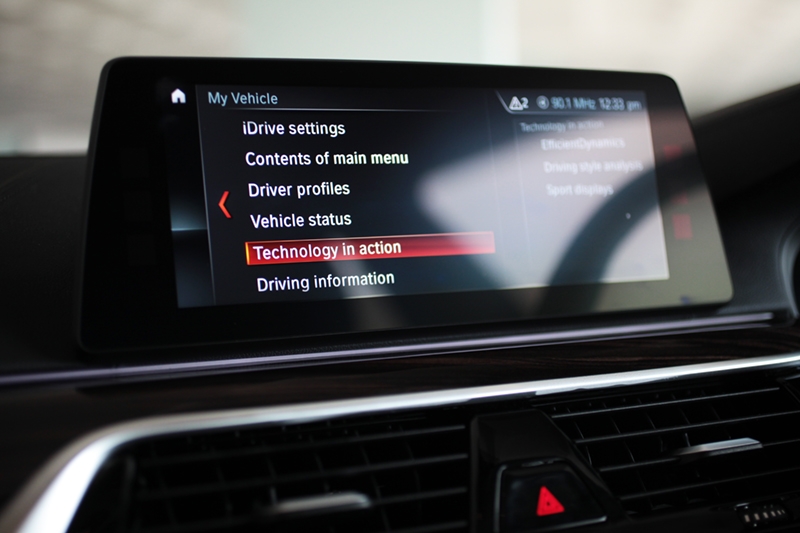