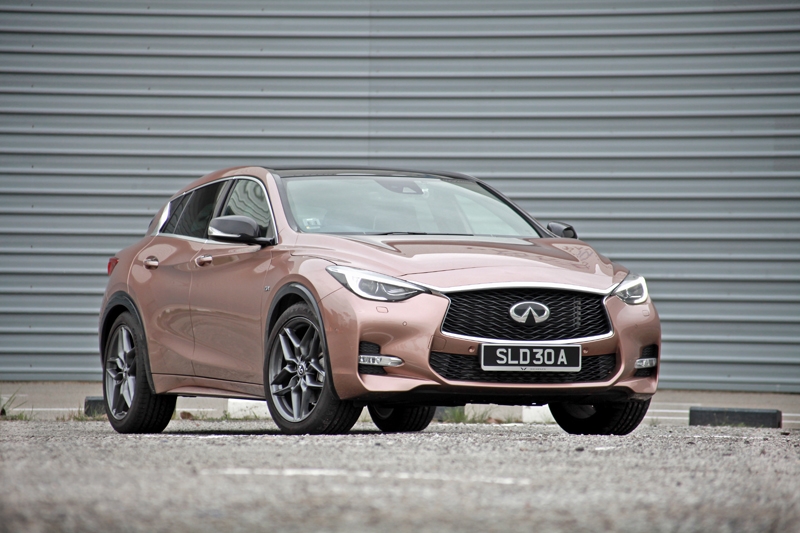 Not much attention had been given to the Q30, but surprisingly, it does have good things to offer

When you buy an SUV, you have successfully ended your exciting life as a driver’s driver. Because unlike a sports sedan or hot-hatch, an SUV cannot sprint very fast, does not corner with finesse and, even if it was designed by, say, Pablo Picasso, usually looks as exciting as a pair of, urm, slippers.

But every once in a while, car manufacturers do churn out an SUV that stands out. Or excite, to say the least. When you come to think about it again, this is indeed a big challenge as people who buy SUVs generally just need a big, tall car to move around from point A to point B, and nothing else. 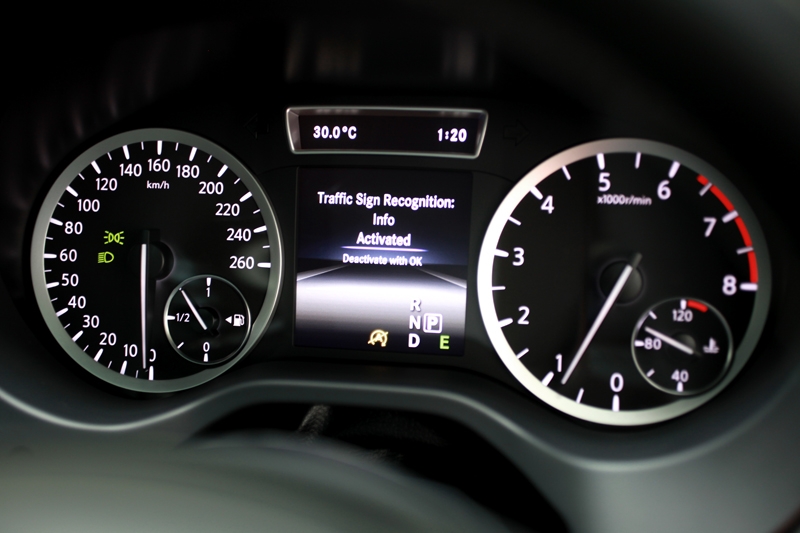 So… After crunching the numbers and some reality check, you realised you don't need an SUV after all. Well there are family hatchbacks out there, but your priority seem to steer more towards your active lifestyle. Hence if this is the dilemma you're facing, let me steer your attention towards Infiniti's Q30 - if you were to ask me, this is the sweet-spot between a compact SUV and a family hatchback. 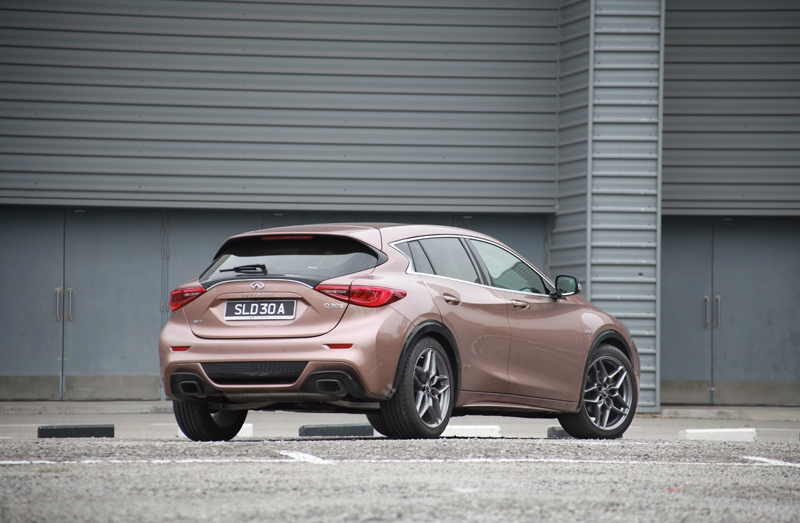 You can't apply the word 'staid' here, or could you even consider the Q30 a boxy-looking chunk of metal on wheels. Far from that. Visually, you can see every lines flanking the sides, along with a heavily sculpted bonnet and bodywork addenda on every wheel arches. Conceptually similar to Mercedes-Benz's GLA, I must say Infiniti deserve a louder round of applause for their effort here. Gladly, those 19-inch wheels come standard for the 2.0-litre variant seen here; yes, even the large glass roof. (Sun-seekers should love the latter.) 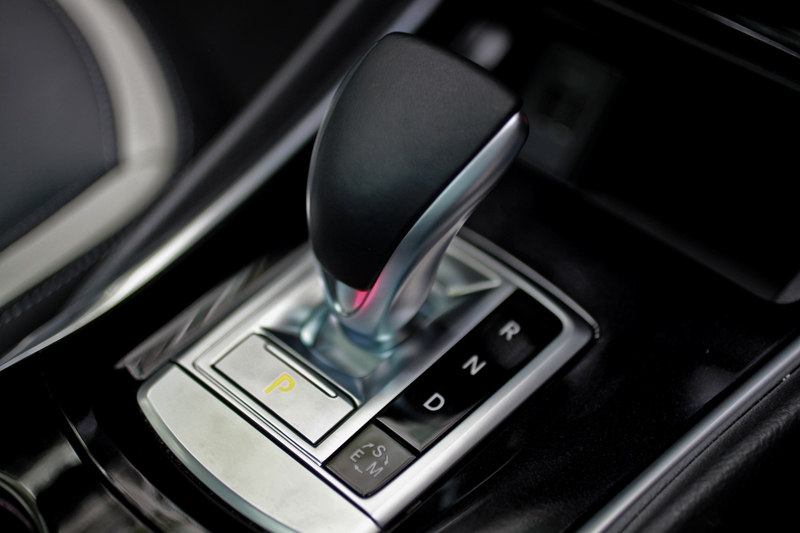 A four-wheel drive, it will survive the urban jungle perfectly and even could be taken to some dirt roads all thanks for the 211 mm height clearance; in comparison, the average front-wheel drive family hatchback - like the Golf - sits only 142 mm above the ground. 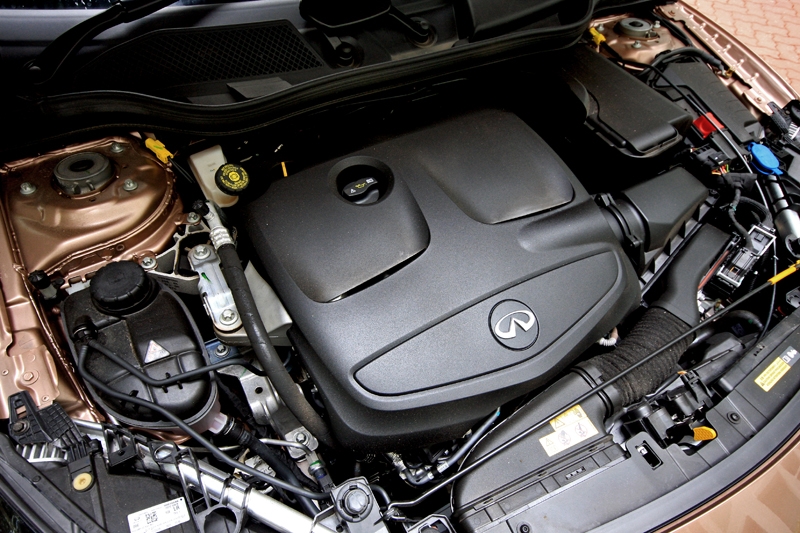 Its 2.0-litre turbocharged engine - sourced from Mercedes-Benz - mated to a 7-speed dual-clutch (DCT) 'box churns out 208 bhp and 350 Nm of torque, good enough to lug all that 1,540 kg of bodyweight around. Besides the ability to outrun or match up to a hot-hatch when push comes to shove, driven at a more relaxed pace, the Q30 does feel brisk and willing without any much need to floor the accelerator. 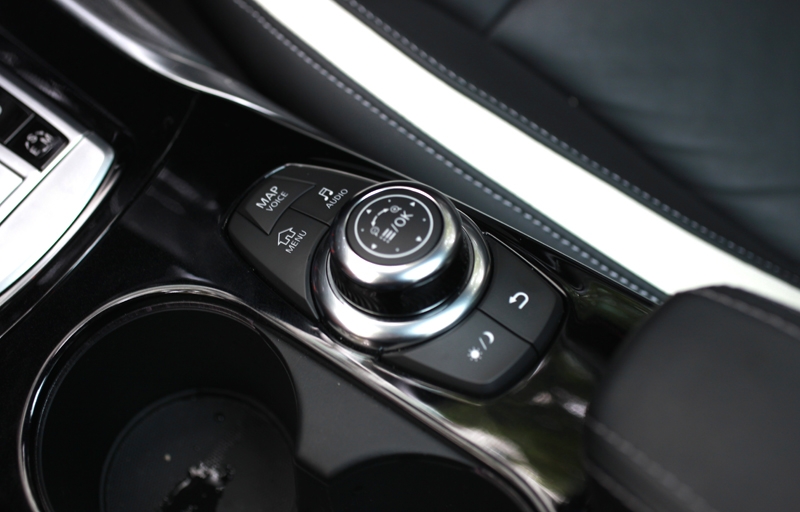 Out on the expressway, It is surprisingly refined to drive; Infiniti's engineers obviously put in lots of effort at keeping the cabin quiet and as vibration-free as possible. At legal cruising speeds, sounds from the engine compartment are hardly audible, you don’t get any transmission shift shocks and wind noise can only be heard past 120 km/h. 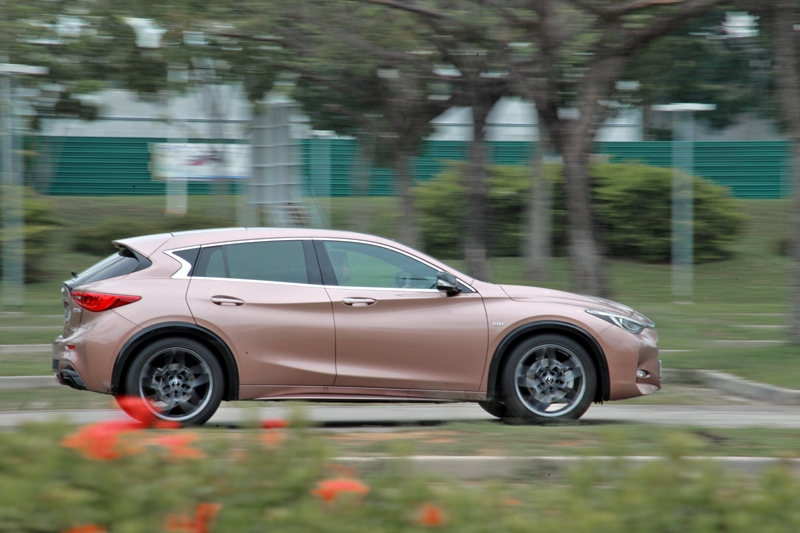 Sportiness was given a higher priority over comfort, so it's no surprise the Q30 errs on the stiffer side of things (to be fair though, I would prefer being a passenger in this particular car than the GLA). But to sweeten things up, the steering feedback is positive, with response immediate; body movements at high-speed lane changes are neither silly. 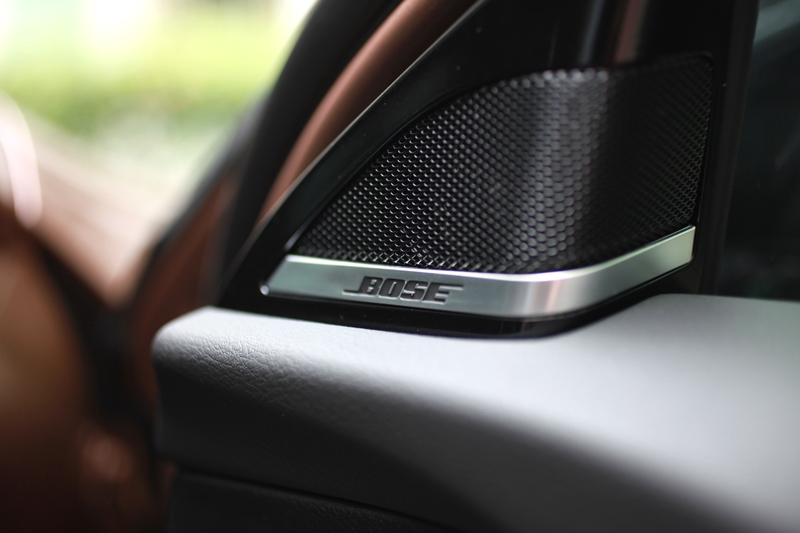 Its cabin is a highly practical place to be in. You can accommodate up to three average-sized adults back there with adequate amount of legroom and acceptable headroom. Speaking of which, driver and front passenger gets supportive seats (wrapped in premium leather), and those items really do a good job of hugging you when you're driving slightly enthusiastically. Playing Santa Claus, Infiniti also included premium BOSE sound system as standard item for this variant. 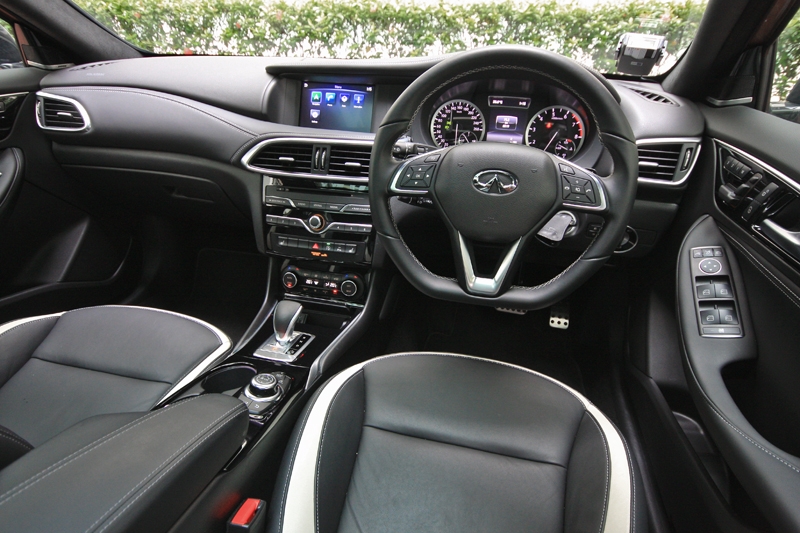 You will spot bits of Mercedes-Benz, but the cockpit remained a brilliantly thought-out space with every control buttons within easy reach for the driver. There is nothing much to complaint, except that you need some getting used to the multimedia audio head-unit; not exactly the most user-friendly unit around. 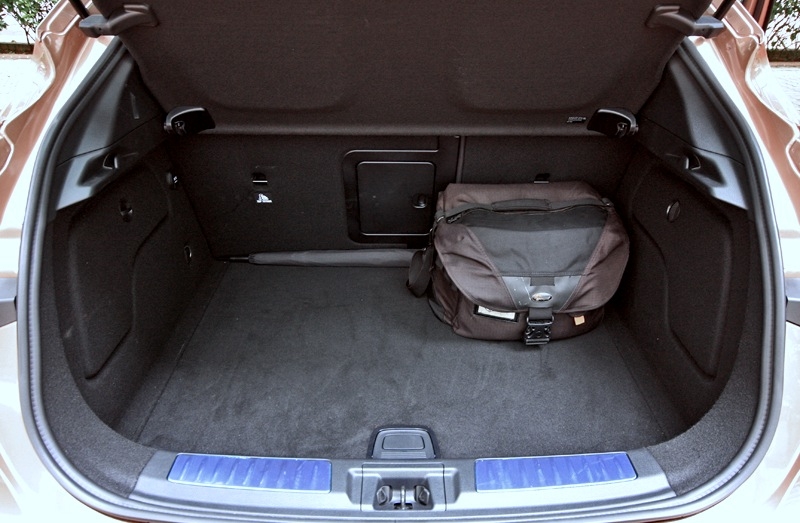 The 430-litre boot is definitely useful, and in case you need more space to help friends move, the rear's 60/40 seat can be folded away to reveal a whooping space. The boot’s tailgate opens high too, so placing and removing your outdoor gears should be a cinch. 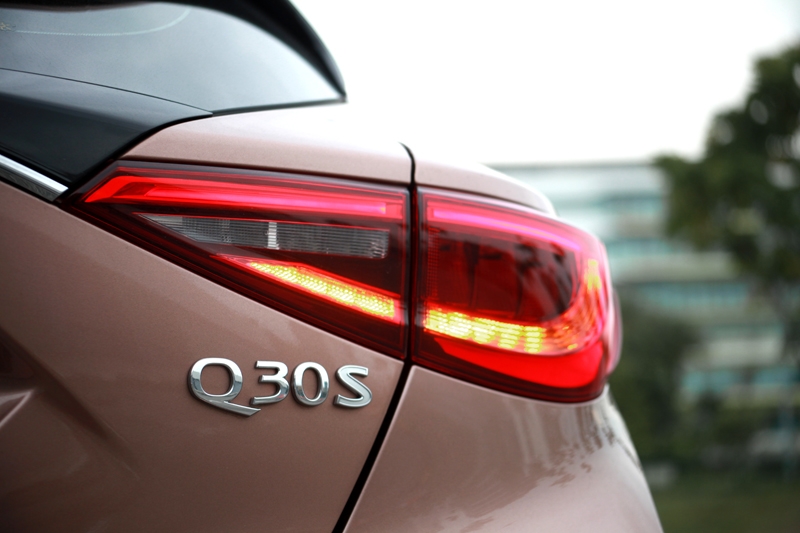 As a whole, this Mercedes-Benz alternative is a complete package offering buyers a highly practical and well-built cabin, usefully large boot space and last but not least, useable drivability; not forgetting its good power delivery too. 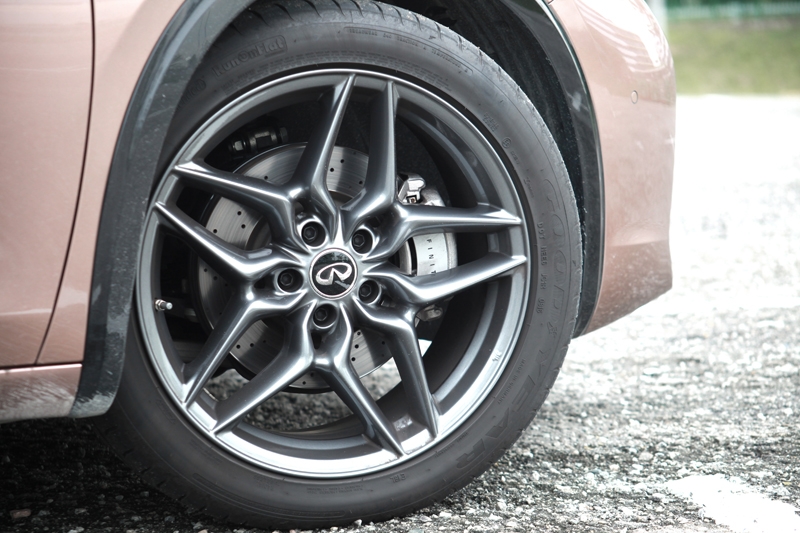 Hands down, this is definitely a worthwhile buy. Oh, did I mention the almost $20k price difference between the Q30 and GLA250 without me having to mention which one demanding the premium? 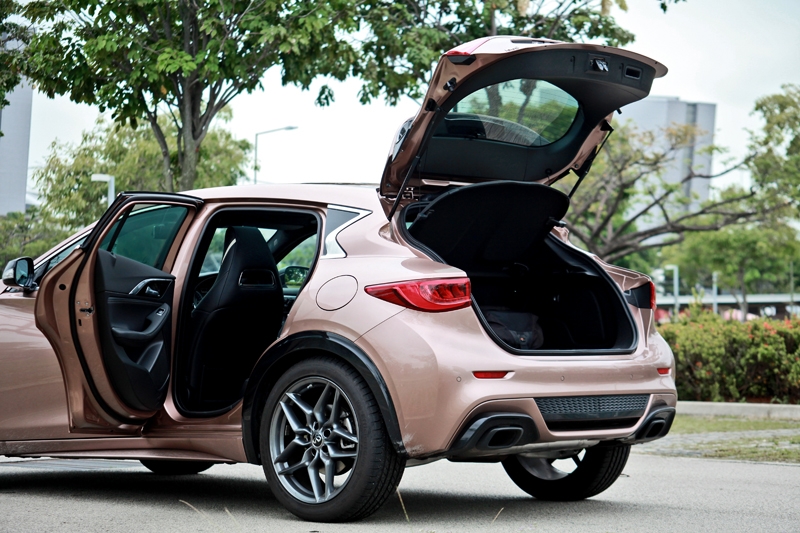 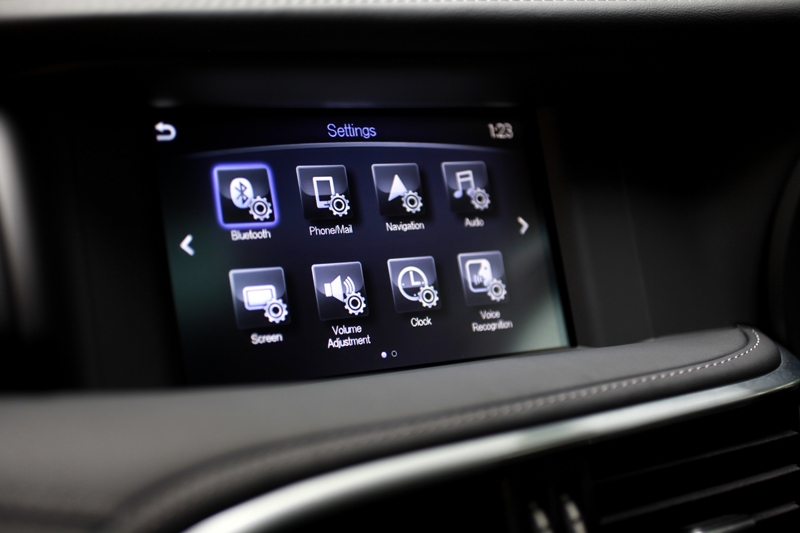 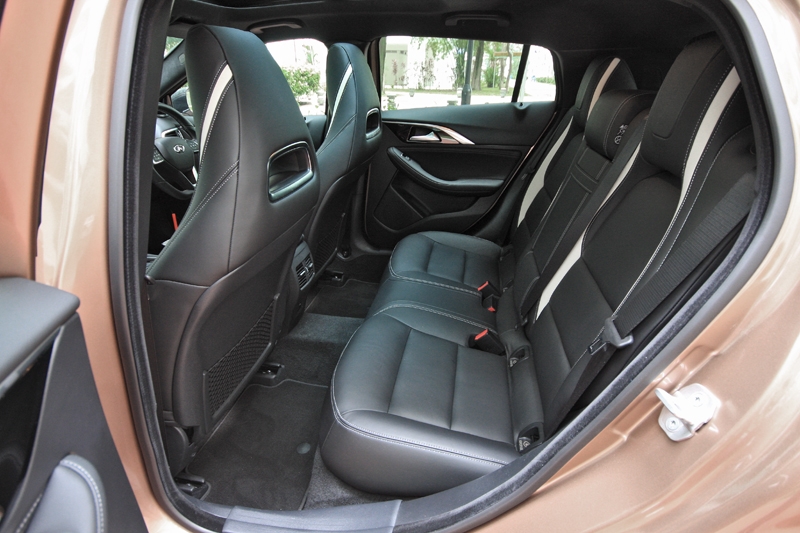