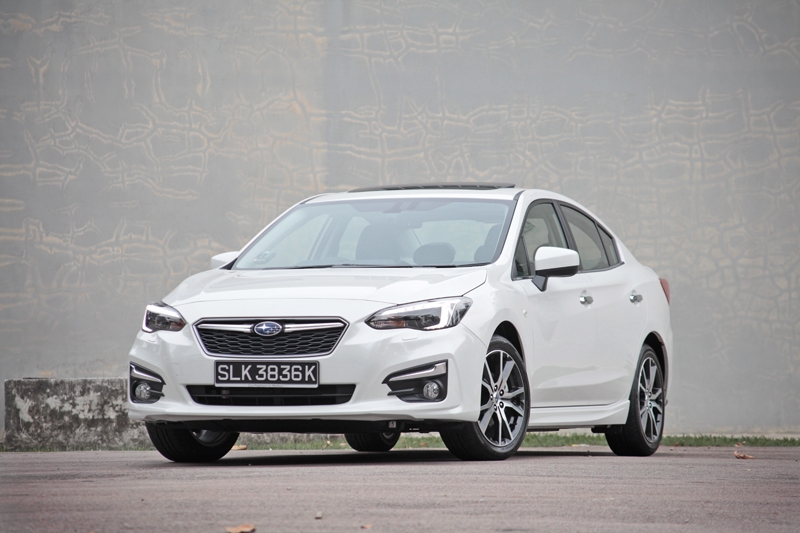 The Impreza has come a long way, and this iteration is put together so damn well

When you think of family sedans, two models will immediately come to mind: The Toyota Corolla Altis and Honda Civic. Any models other than this pair are just, well, white noises.

And so today we have the new Impreza with us. Based on photos alone, you might think the new Subaru Impreza is just another Impreza; you know, with the usual ingredients namely a regular family car with four-wheel drive. Full stop. 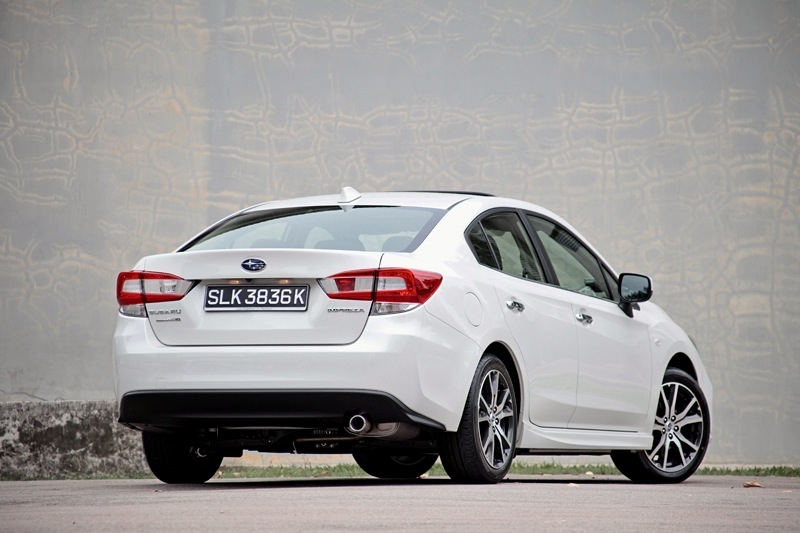 That is until you get behind the wheel and take time to scrutinise the car in the flesh. 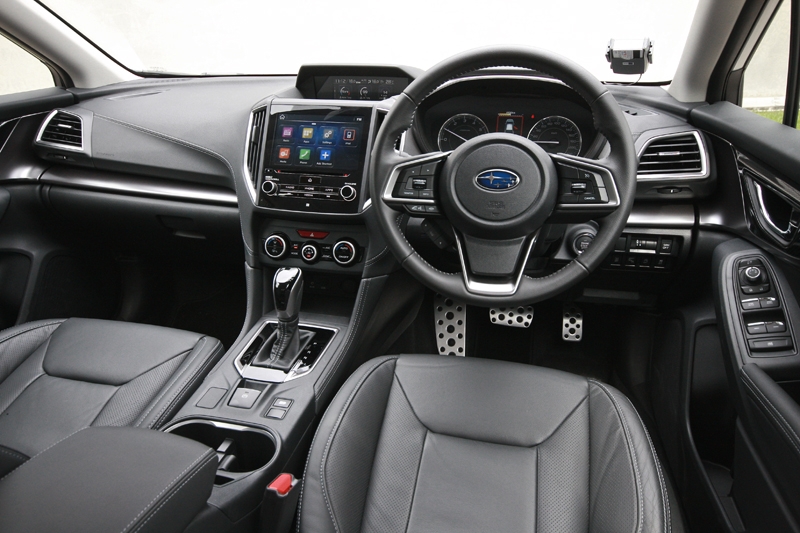 I’ll begin with the cabin: Compared to its predecessors, this one looks and feels substantial, with good balance of soft and hard plastic utilized to make it less pretentious. To be blunt, both Toyota and Honda should learn a few things here as well. Then to make it less drab, Subaru also included brushed aluminium - ok, plastic finished to look like real aluminium - inserts along the dashboard, steering wheel and air-con vents with the gear shifter’s housing finished in piano black. 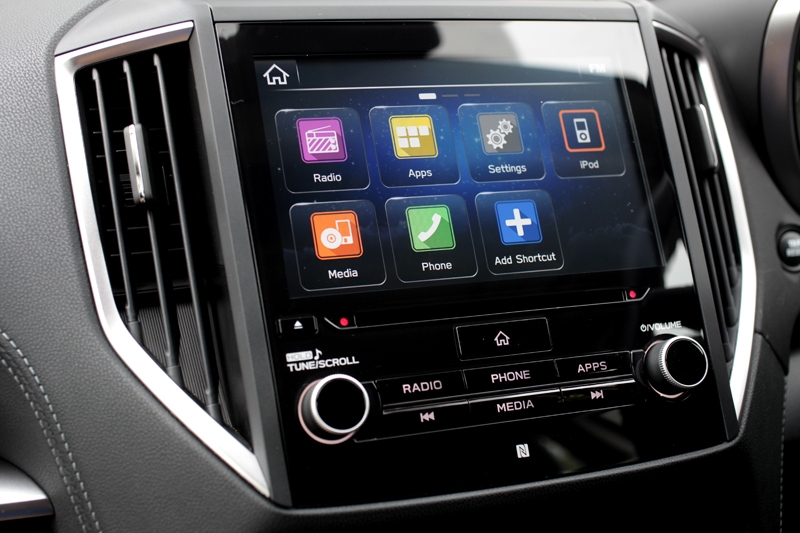 The seats and steering wheel are wrapped in cow, giving the interior a rather premium touch. To add on, the touchscreen head-unit comes ready to connect seamlessly with your smartphone — already becoming standard fitment in most cars these days, even the Koreans, it’s nice to see Subaru keeping up with trend. 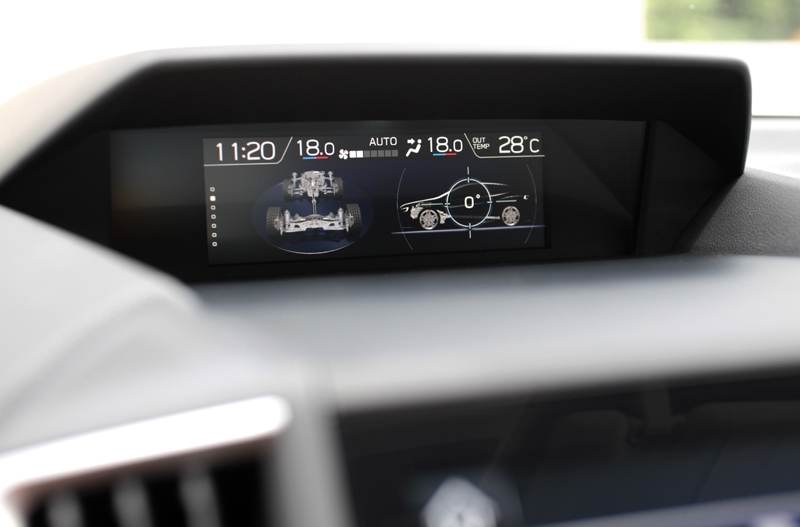 A multi-display screen could also be found on the top part of the dashboard. You can find real-time information here, namely traction at each wheel and g-force monitor; then again, you can’t help but wonder why on earth do you need the latter for a family sedan like this… 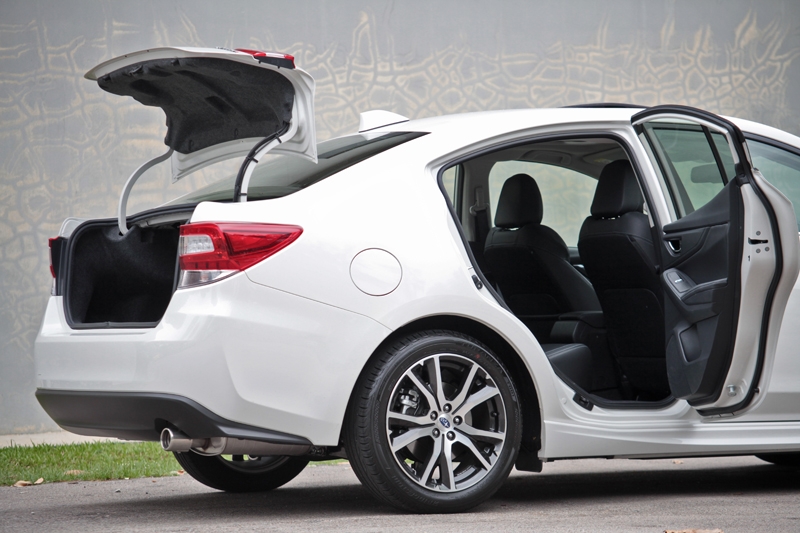 Exterior wise, Subaru hasn’t given us the handsomest family sedan yet, but it’s a decent job that is neither offensive nor terribly bold. In other words, it could potentially attract a wide audience; heck, if I’m a 40-something with two kids right now, this car would be second in my list, after the Honda Civic. And as mentioned earlier, Subaru did not scrooge on the equipment list, providing 17-inch alloy wheels wrapped in premium Bridgestone Turanza T001 rubbers, headlamp washers and sunroof as standard. 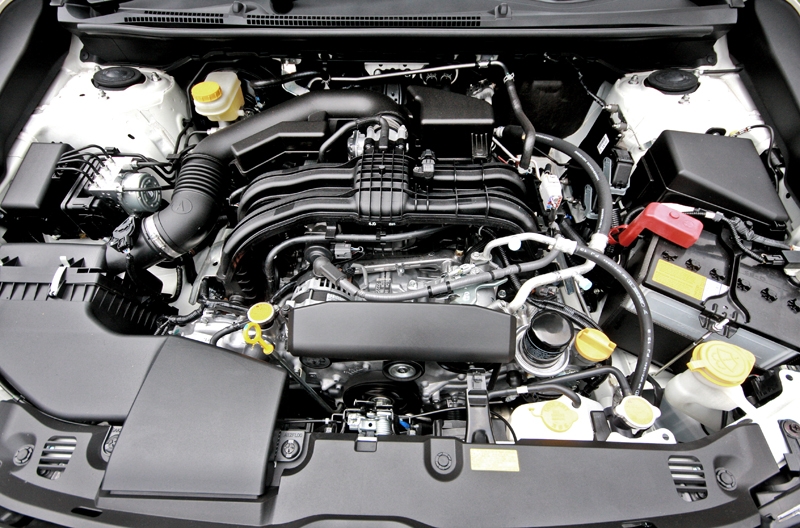 Unfortunately, it doesn’t come with the Levorg’s 1.6-litre turbocharged engine; there’s no such option for the Impreza. Instead, the Impreza here gets power from a naturally-aspirated 1.6-litre Boxer powerplant mated to a CVT ‘box. Power output is rated at 113 bhp while maximum torque at 150 Nm. 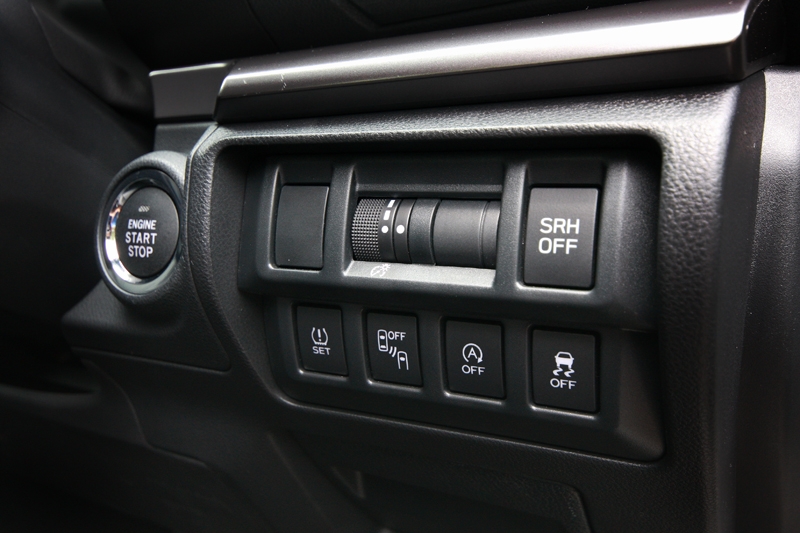 Yup, all these come standard with the Impreza

With a kerbweight of slightly more than 1.4-tonnes — thanks partly to the symmetrical all-wheel drive system — the standstill to 100 km/h sprint is executed in 12.4 seconds. On the contrary, the 1,249 kg Civic needs only 11.6 seconds while the 1,265 kg Altis some 11.1 seconds. 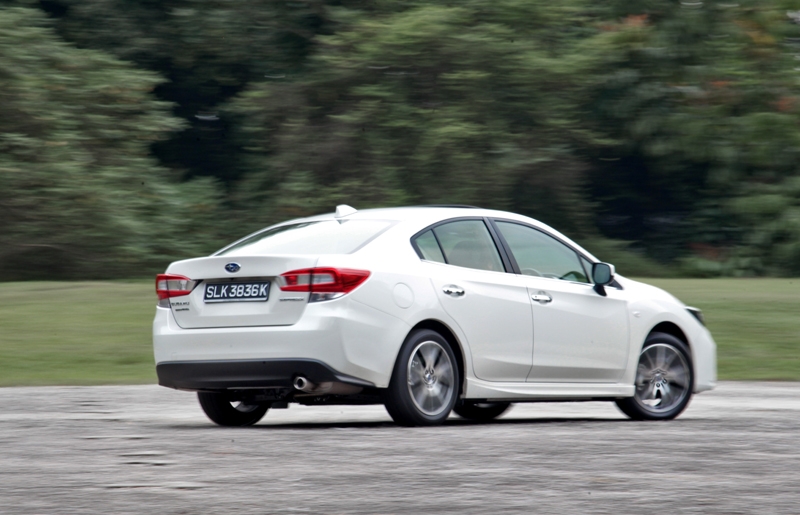 All that said however, the Impreza moves off in a rather sprightly manner, even willing to climb all the way to its 6,500 rpm redline. Equally surprising is how the engine doesn’t sound as though it’s being abused while getting there. And although you might opine how CVTs are (a) lifeless, and (b) shouldn’t even be created in the first place, this unit here works in tandem with the engine perfectly, ensuring every bit of performance could be squeezed out. 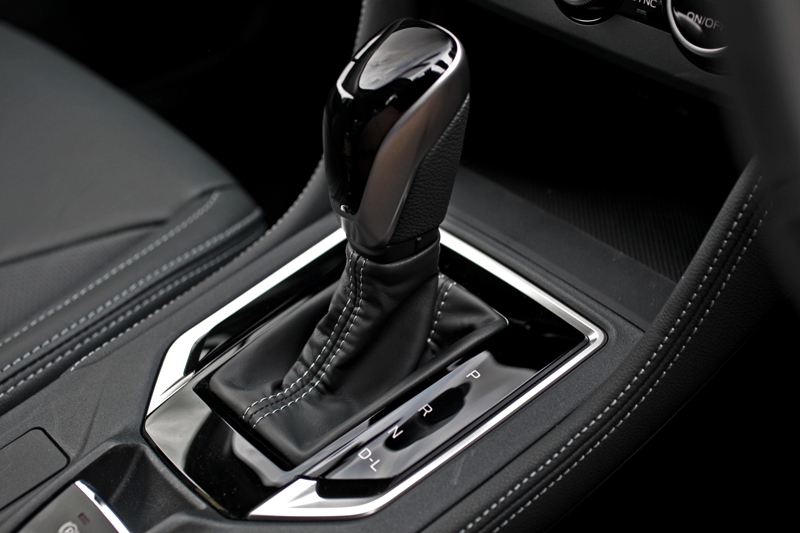 Driven in a relaxed manner, the Impreza does a brilliant job as a family hauler. At cruising speeds of 90 — 100 km/h along our expressway, the cabin displays a level of refinement that should put it among the best in class; wind and road noises are non-existent, engine hum barely audible and the suspension seems well tuned for either the smooth ECP, pothole-ridden KJE or bumpy KPE. Good job Subaru, good job. 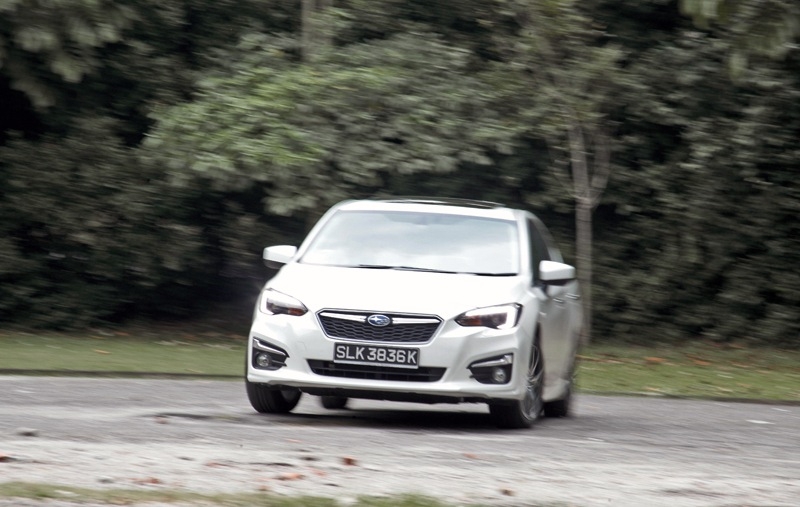 Of course, how can you forget Subaru’s sporty edge? Despite the family car label, you can still throw it fast into corners or take bends aggressively without the car breaking a sweat. The chassis is confident enough, and the steering is equally responsive and alert; even the anchors deserve praise here. 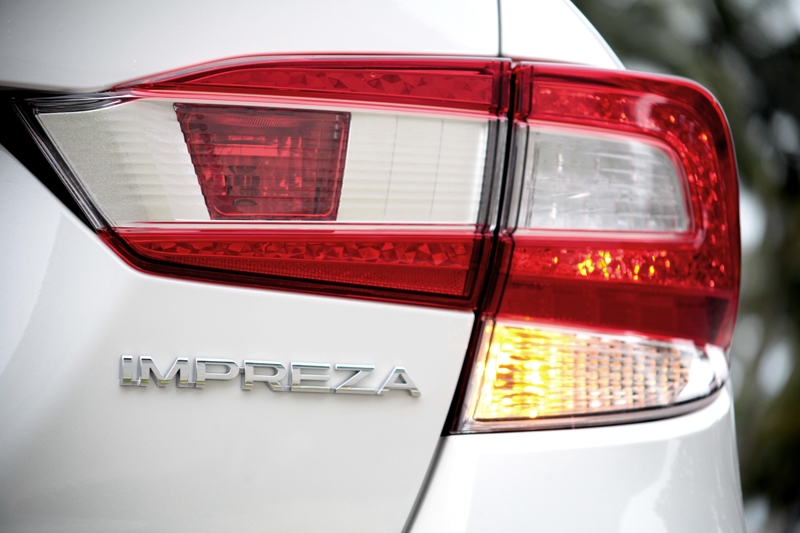 So in a nutshell, the new Subaru Impreza is a practical family sedan that is loaded with equipment and endowed with a brilliant chassis. Outright performance may not be its strongest point but look beyond that, and you can’t help but stop yourself from buying one of the usual suspects. 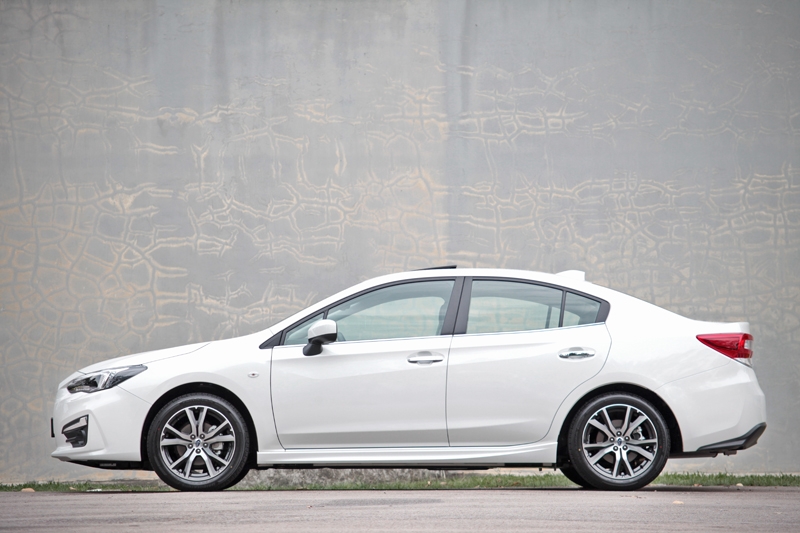 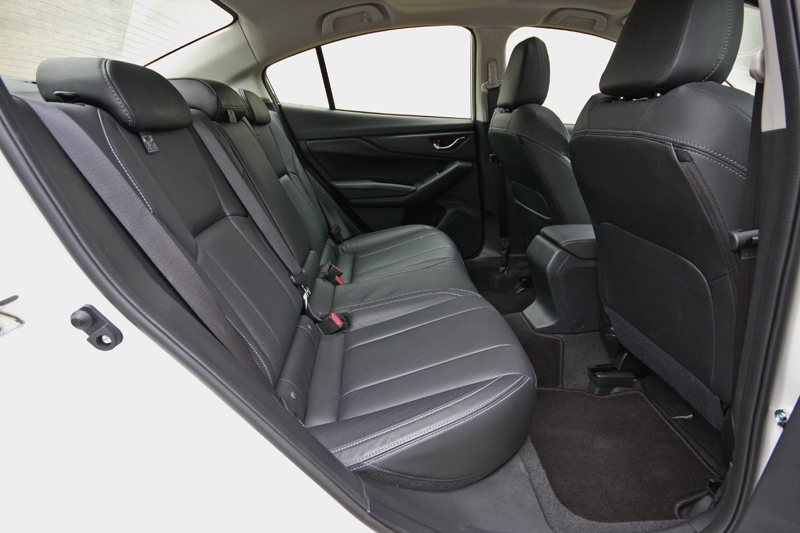 Ample legroom at the rear 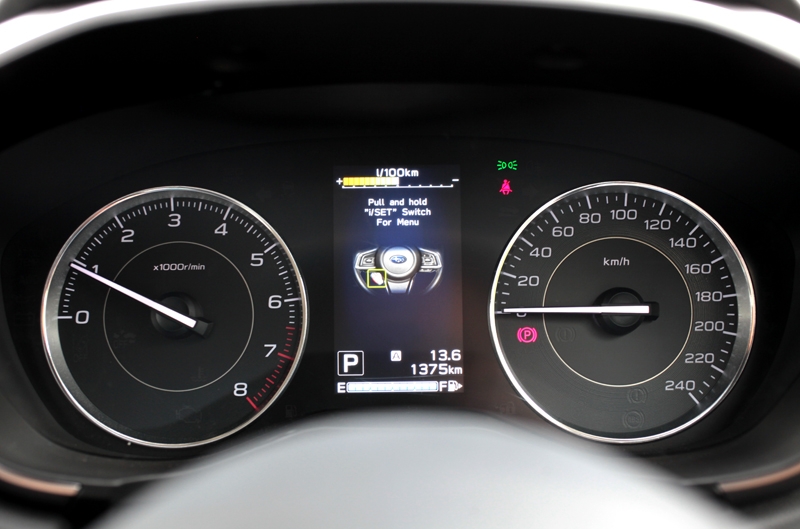