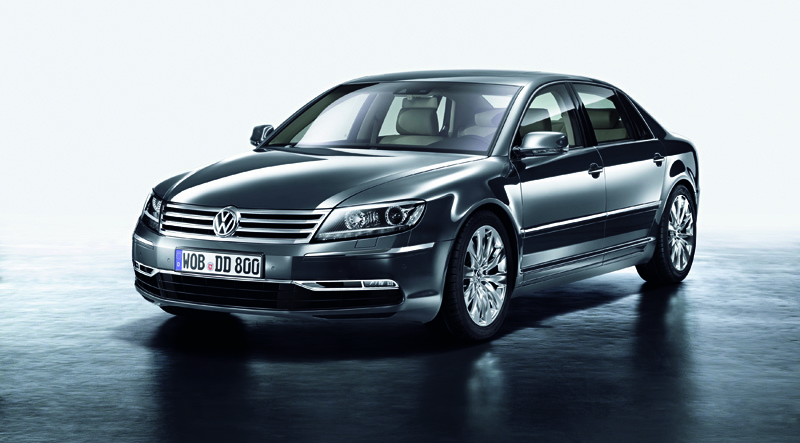 Volkswagen produces one of the world’s highest quality and most exclusive automobiles at the German Transparent Factory (Dresden): the Phaeton.

The Phaeton is offered with two wheelbases as well as two rear seating versions (three seat bench or two individual seats) with the quality, style and travelling comfort of this saloon (standard all-wheel drive, air suspension and 4-zone automatic climate control) setting a standard of Volkswagen's own. Now Volkswagen has further perfected the brand’s flagship with the Phaeton's entire front end redesigned, including the standard bi-xenon headlights with LED cornering lights. Also tuned to match this look are the new LED rear lights. In parallel, an abundance of new technical features are making their way into the vehicle.

The Volkswagen Design-DNA developed by the Head of Design for the Group, Walter de Silva, defines the car’s lines. In the area of the new front end, in particular, the design team added a measure of precision to the original, stylish and superlative image of this model. This gave the timelessly elegant Phaeton a broader and more powerful appearance: In keeping with the current Volkswagen Design-DNA, horizontal lines dominate the geometry. Different than on any other Volkswagen based on this new DNA so far, in the Phaeton the radiator grille is not styled in glossy black; rather a completely new chrome element is used. This radiator trim has a decisive impact on the styling of the new Phaeton. 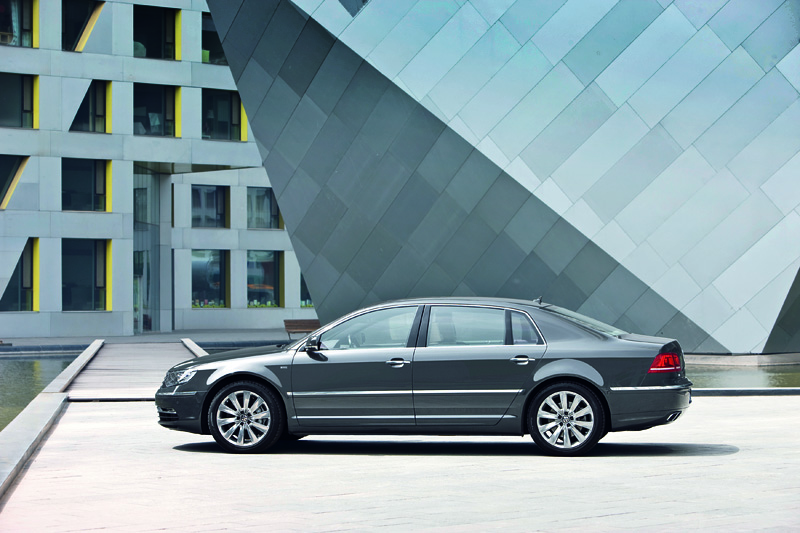 Joining the left and right sides of the grille are the newly developed bixenon headlights with integrated LED indicator lights and LED cornering lights. The new bumper design complements the radiator grille and headlight styling. Here too, horizontal lines are the virtual common thread linking their design. Even the front fog lights now shine in LED technology. 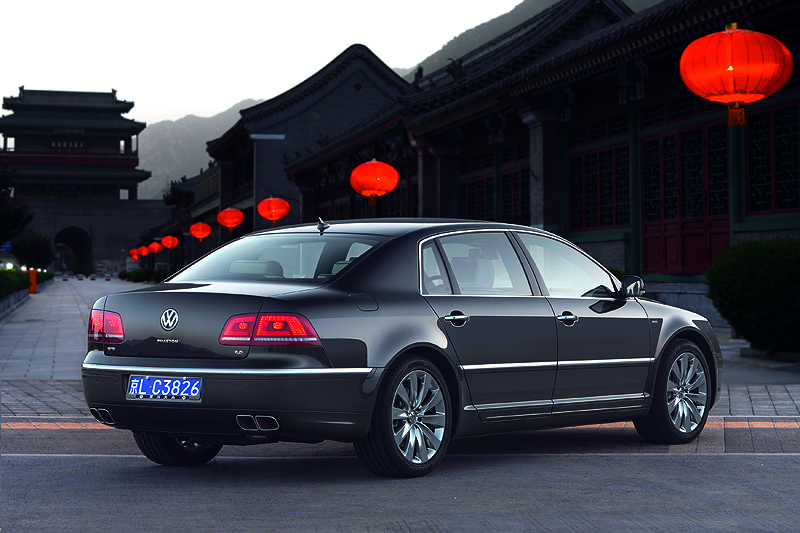 The rear section of the car was also modified. In this area, the design team chose not to change the classic, clear and powerful basic styling of the Phaeton; instead it developed new smoked LED rear lights. Similar to the front end, the rear bumper was also modified. In its side profile, the car’s new side trim strips and narrow styled LED indicator lights in the outside mirrors stand out. 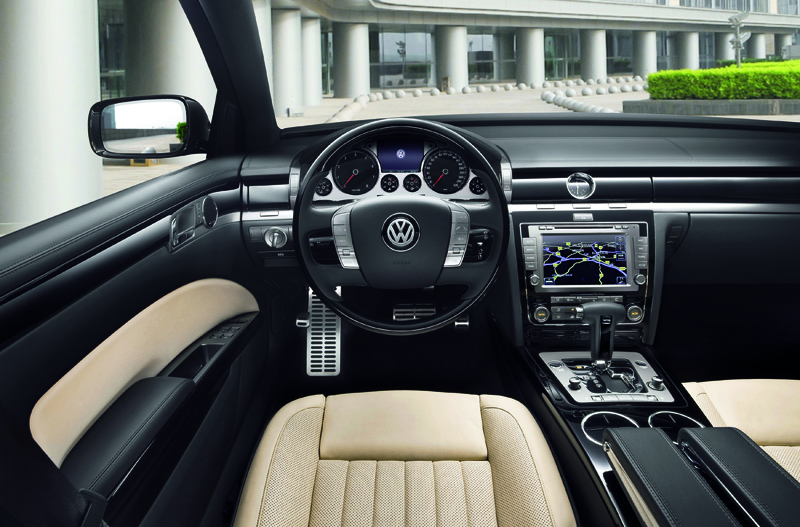 The interior of the Phaeton is one of the most elegant, high quality and comfortable of the entire luxury class. The styling is linear and timeless; the materials and quality of workmanship define the benchmark worldwide. Unmatched in quality are its technological concepts such as a draft-free 4-zone climate control system and 18-way seats with award-winning ergonomics. As an alternative to the version with three rear seats (5-seater), the saloon may be ordered with two electrically adjustable individual seats as an option (4-seater). The Phaeton is also available in an extended version that is 120 mm longer. The possibilities for customising the saloon are practically limitless with numerous options from Volkswagen Exclusive covering a broad range of leather, Alcantara trim, wood accents and such features as a refrigerator and multimedia systems. This also applies to the new styling of the multifunction steering wheel; it can be ordered in either leather or a wood-leather combination that is coordinated with the interior accents. 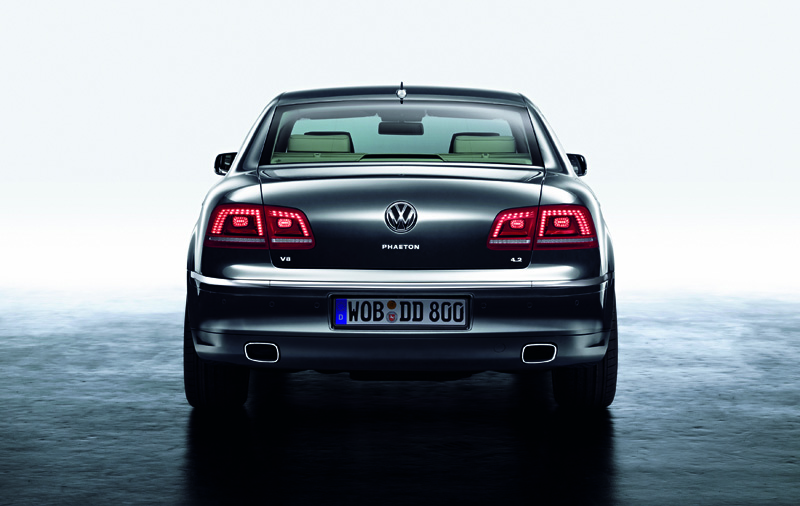 On the drive side, four engines are available (one turbo diesel, three petrol). The six, eight and 12 cylinder engines cover a power range extending from 239 bhp to 450 bhp. The six-cylinder petrol engine in the Phaeton is a V6 direct-injection engine (280 bhp). At the power levels above the V6, a V8 and a W12 petrol engine are available (335 bhp and 450 bhp). In the diesel area, Volkswagen offers an extremely fuel efficient and refined V6 TDI (239 bhp) whose combined fuel consumption has been reduced from 9.0 to 8.5 L/100 km (equivalent to 224 g/km CO2). The new Phaeton will make its official premiere in Singapore in December 2010. Every new Phaeton will be customised and built according to its owner’s exact choice of features and options. This makes each car an individual masterpiece, something which is unique in this class.