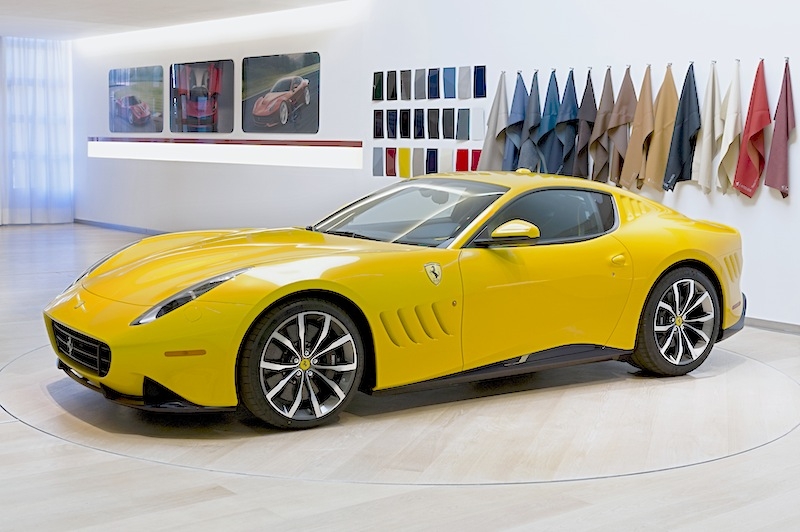 This latest one-off, built on the chassis of the F12berlinetta, is named the 'SP 275 rw'

Drawing inspiration from the 275 GTB - one of the most iconic front-engined V12 Berlinettas of the 1960s - the SP 275 RW Competizione features a thoroughly modern interpretation of some of the themes that gave the 275 GTB its 'Berlinetta' connotation.

The stance of the car, particularly from the rear three-quarter panel to the wheel arch, was carefully refined with a slightly wider track. The characteristic front engine-bay vents of the 275 GTB are an evident styling cue, as is the adoption of the triple louvres in the three-quarter panel in place of the F12berlinetta’s B-post quarterlights. However, the louvres on the rear bumper, together with the milled aluminium fuel filler cap, instead got its inspiration from the special competition-developed 275 GTB (chassis number 06885) that won the GT category in the 1965 Le Mans 24 Hour race; that particular race car won third place overall.
Its yellow paint scheme is also a tribute to that 275 GTB, echoing its Ecurie Francorchamps team colour. 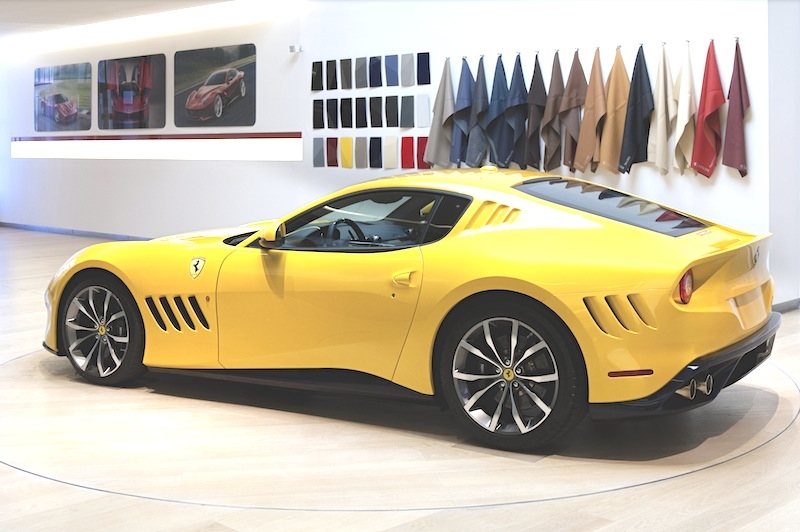 The front features a closed perimeter Ferrari grille with a prominent yet smoothly integrated bonnet bulge, while the slim, vertically-stacked headlights and forged 20-inch alloys are unique to this car.