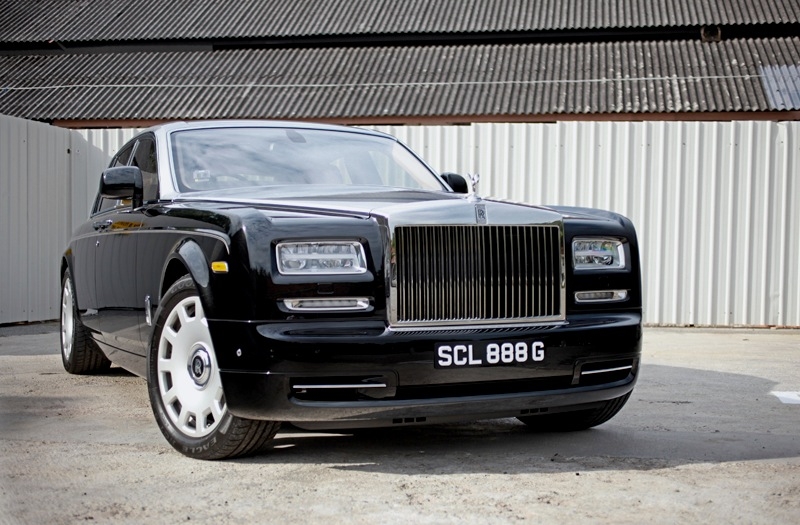 The last hurrah, we sample one of the most legendary (and expensive) car ever to ply our roads

For SGD$1.8-million, you can take this Rolls-Royce Phantom Series II home; immediately too if you happen to have it all ready in cash, in a bag. Unfortunately though, the price doesn’t include that auspicious registration number. I tried prying the Rolls-Royce staff for the exact price, but instead, the answer I got was a vague, “For about a low six-figure.” Hmm… So effectively speaking, if you want this car AND that number to match, the asking price would easily be SGD$2-million. Or beyond, even.

Which got me asking myself: What other car could I buy with that money? Coming out with an extensive list of classic, sports, executive sedan and even JDM heroes, I could easily buy up to fifteen different cars. But if I decided to be practical in land-scarce Singapore, it would only boil down to three: A McLaren 650S, Range Rover Sport V6 and Ford Mustang Convertible EcoBoost. Not forgetting a Subaru Impreza WRX STI as well for, you know, track day duties…
Oh no. I’ve just wasted your precious time going into my fantastically detailed fantasy. Please accept my apologies. (Cough… Cough.) 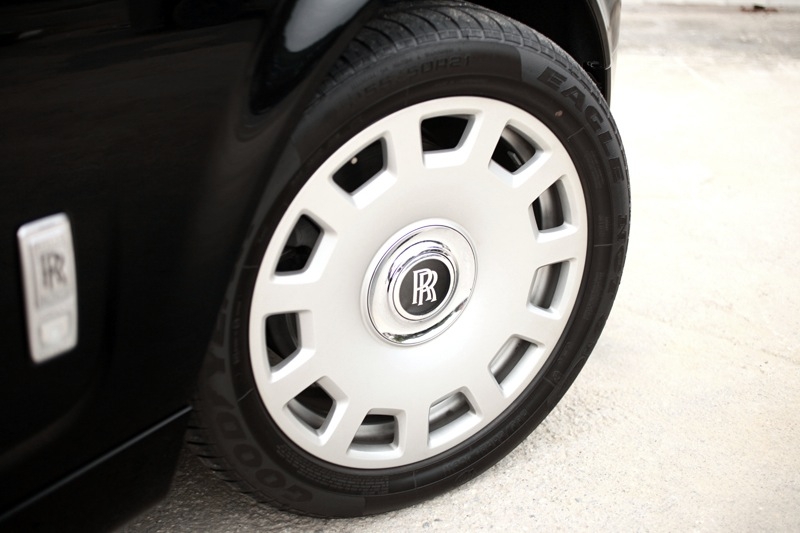 Ok back to the Roller (I promise not to go off path again). 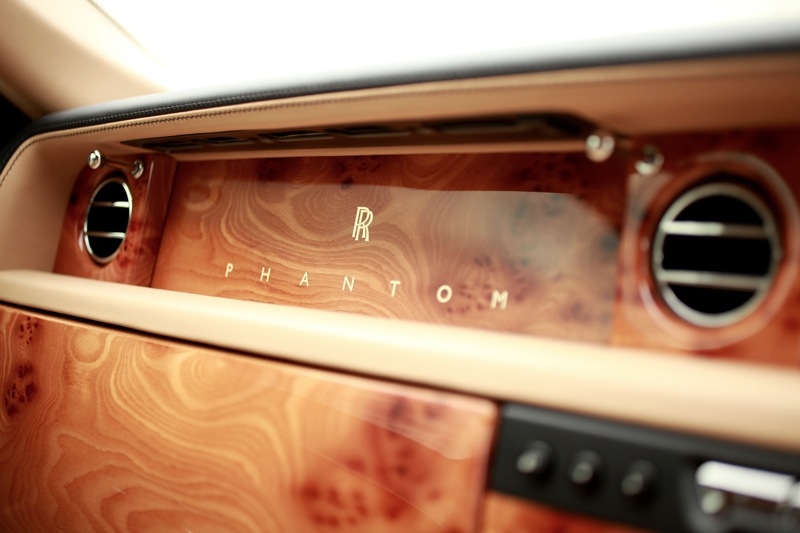 It was a nice, warm afternoon when I received a phone call from the Rolls-Royce Motor Cars’ Singapore office; a simple invite to sample their Rolls-Royce Phantom. They have ended production of the seventh generation in Goodwood and its replacement is only due in 2018. “We have the last registered piece in the showroom, and was wondering whether you would like to take it out? Take it as a last hurrah for the Phantom.” 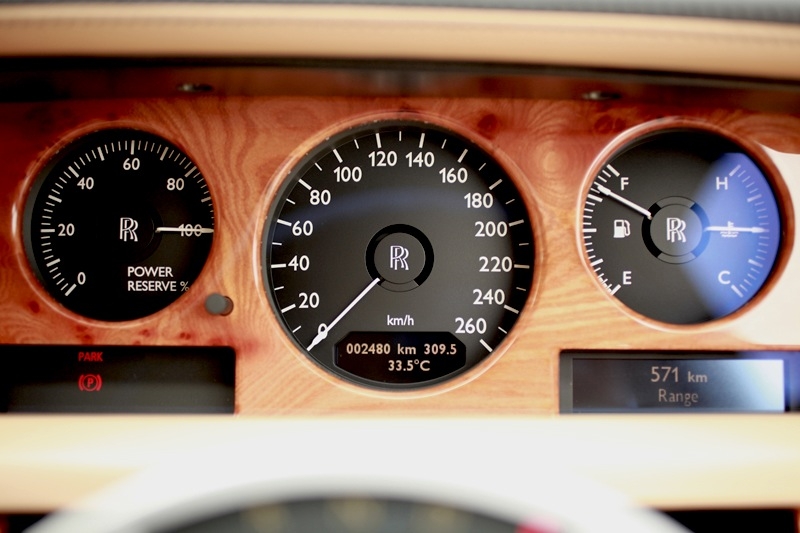 How could you say no to that? Granted I’d only have one day and unlike other test-drives, there would be a minder coming along; but it’s a Phantom, one of the motoring world’s icon. 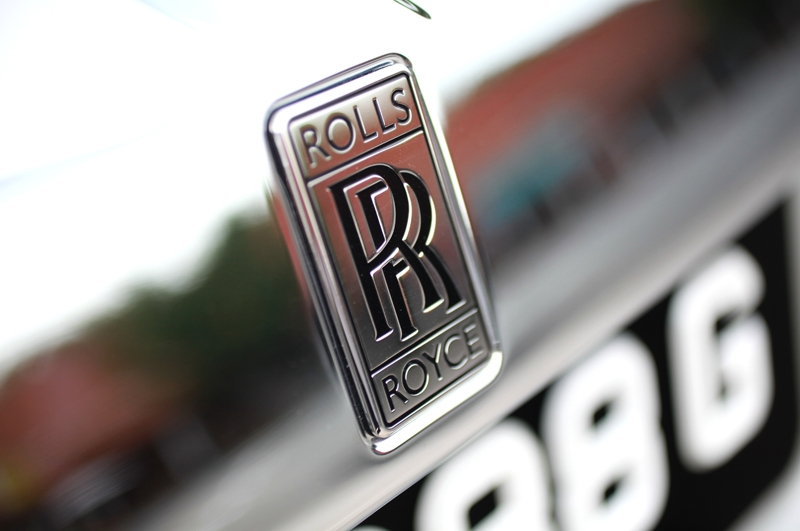 I’m sorry but I’m going to skip all the historical details as (a) I do not have a cup of tea to offer you, and (b) you could easily Google that. Instead, I shall go straight into how on earth it feels like to be in something worth $1.8-million. 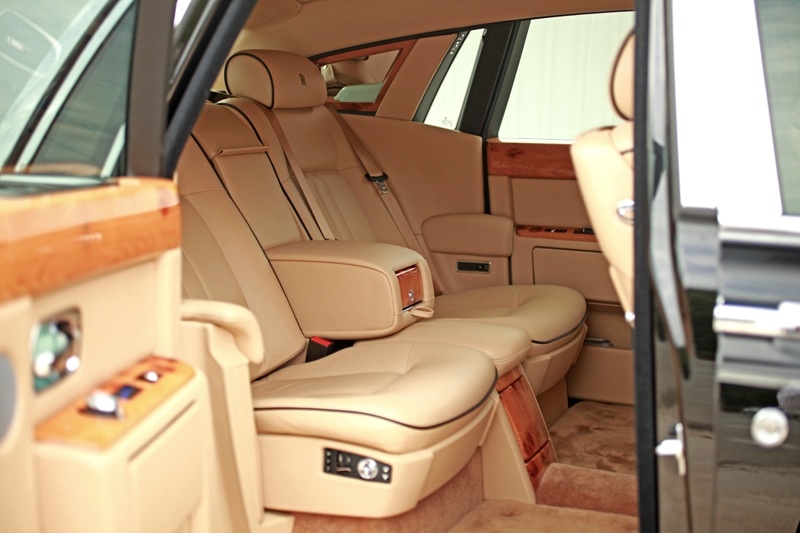 I started my day as the passenger, seated at the back wearing something I would only put on for weddings at a 5-Star hotel (oh the sense of occasion!). The suicide door open wide, then in sequence you go in and gently put your bum followed by back and lastly your head into the rear seat, at the same time observing just how unforgettable the new car plus premium leather seat smell registers into your senses — I really wish I could share the scent with you, right now. Then the door closes, followed by your chance to adjust the seat to get into your most comfortable position. A masseuse would’ve made it all complete.
The whole point of a Rolls-Royce, especially a Phantom, is to be cocooned in your own world; a world on four wheels that is shut away from everything else. Everything you touch in here felt expensive, right down to the door lock — I kid you not. 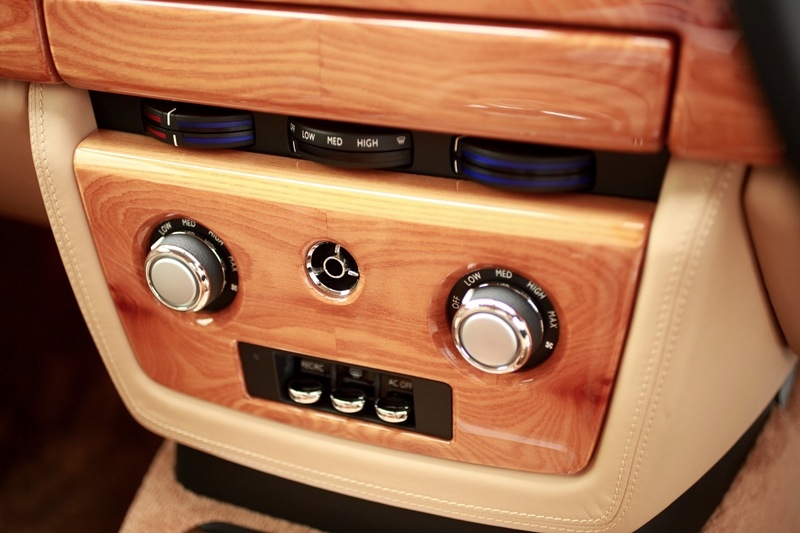 It’s now time for the Phantom to get moving. Progressively, the world around you whizz by and every road undulations and unevenness - that would probably break your spine if you’re in an $18k car fitted with $1.8k coil-overs - are all sorted out perfectly, making you feel as though you’re on a magic carpet ride (cue Aladdin’s “A Whole New World”). 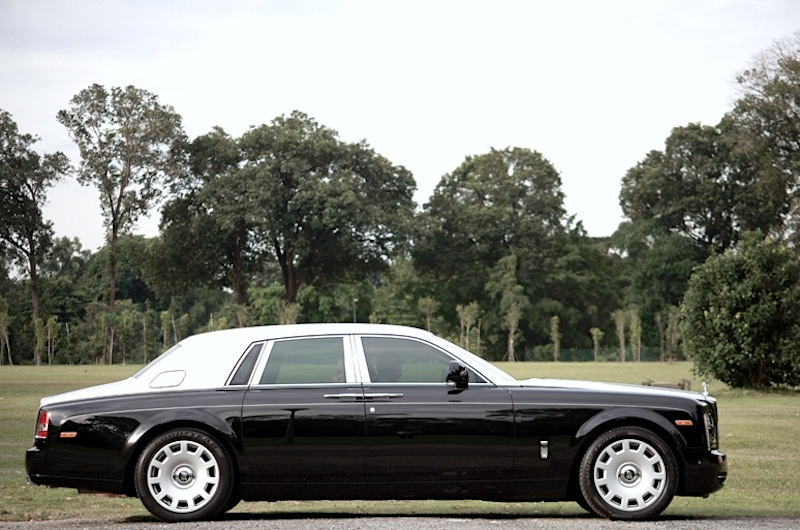 The car then gets stuck in heavy traffic. Looking out both left and right windows, I notice people looking towards the Phantom; most probably wondering who’s that — ahem… ahem — sharp-looking bloke seated at the back. Well, it’s my moment of glory after all, so what else could I do? Just smile and wave (only to be given blank stares in return)...
It does get a little awkward when you stop next to a bus though. There you are sitting comfortably at the back seat, in your own world; then when you look to your left, bus passengers both sitting and standing are looking into the Rolls-Royce, wishing they’re in the same seat as me. 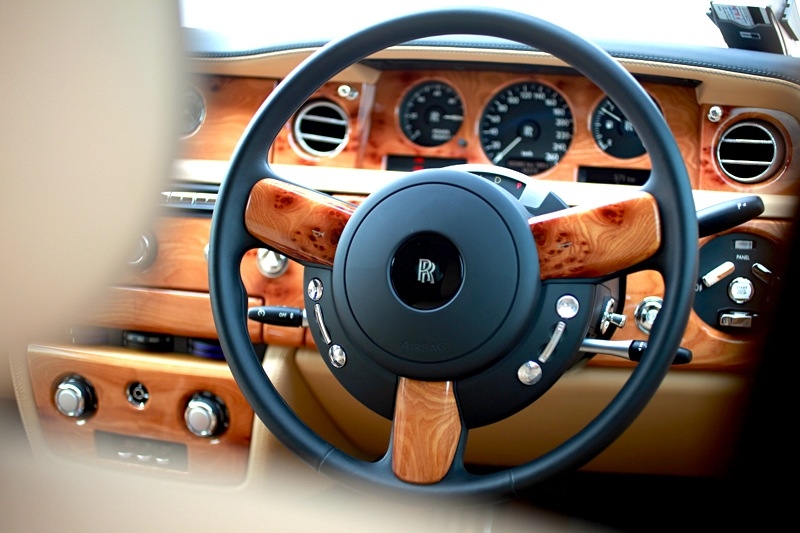 Time to get behind the wheel. What impresses, firstly, is the distinct attention to details given to each switchgears — touch them and the tactility just puts you in awe. Just, wow. The steering wheel is as big as a boat’s; the driver’s seat felt more like a throne than a, well, chair. You get real leather, real wood, real wool carpeting — none of those synthetic or faux material. Certainly justifying the price tag. 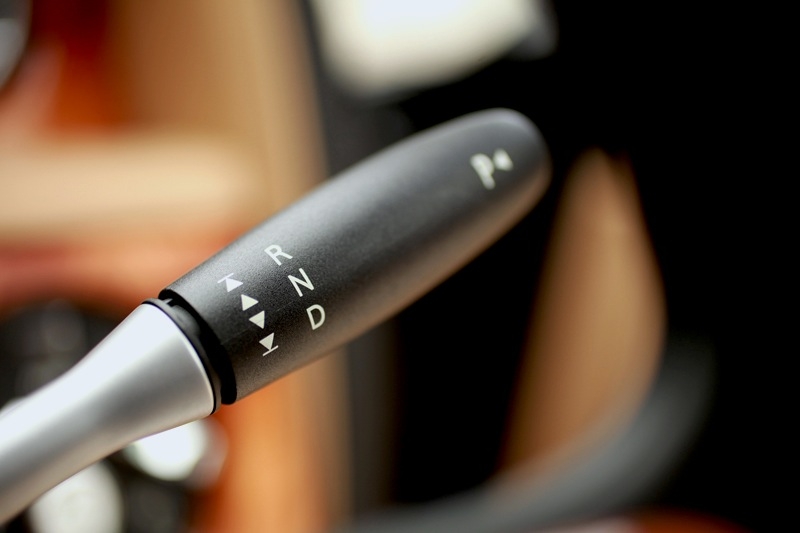 But unlike the norm we see in a 7 Series, A8 or S-Class, there’s no fanciful ‘Sport’, ‘Comfort’, ‘Eco’ or ‘Individual’ modes for the driver to choose from here. Instead, it’s only one default factory mode — your right foot determines the car’s mood. Light throttle, you get slow and steady; and the passengers will enjoy this, of course. Full throttle, and you fly immediately to the year 2100.
There are no steering-mounted paddle shifters, the gear shifter only allows you to select between P, R, N and D and the parking brake is activated/deactivated via a small little button. By today’s standard, this seems rather minimal and fuss-free. Then again, it makes the car easy to drive for any sort of driver; chauffeur or valet. 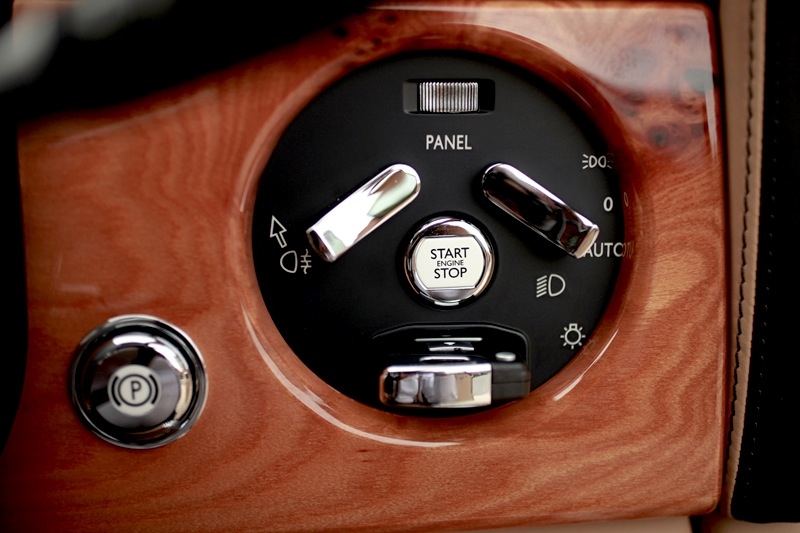 By golly, this thing is effortless for town driving; and because it’s extraordinarily big even next to a Range Rover, every single vehicle surrounding you keeps a very safe distance. Ok, maybe it’s also because they do not want to face a hefty repair bill - that would require a lifetime to repay - in the case of a fender bender. 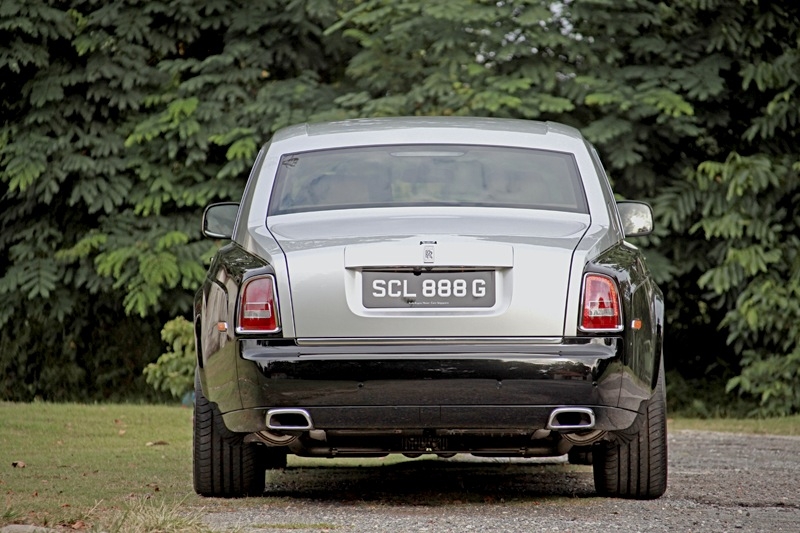 That aside, the Rolls-Royce Phantom is a real mile-munching machine, sitting on the fastest lane with slower traffic giving way without the need to even flash its headlamps; that’s how big of a presence it has in the real world. Cruising between 100 — 110 km/h, this grand car actually glides classily. Body movements were almost non-existent, be it during lane changes or sudden tight corners — for a car this large, there’s so much control it seemed physically defying at times! 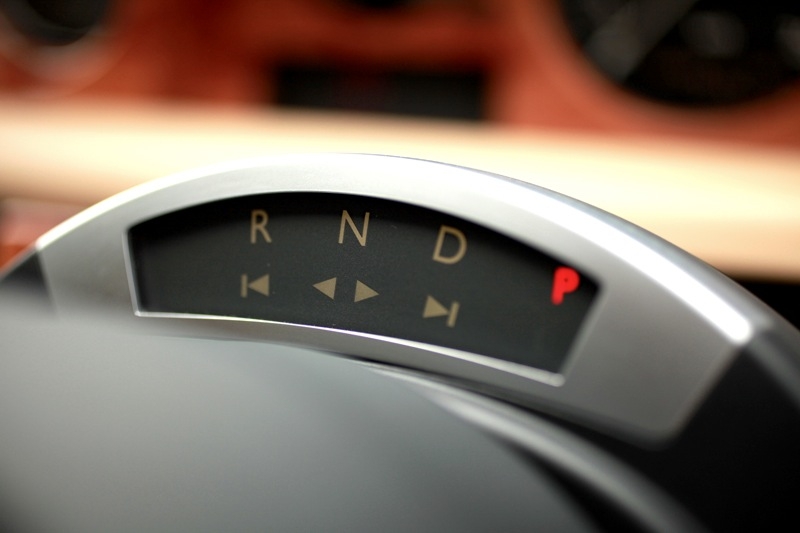 Then there’s that 6.7-litre V12 heart. It does its job in a remarkable manner with zero sound entering the cabin; switch off the audio system and lower the air-con speed, and it’s only then will you hear a subtle hum. And because it’s a V12, the more than 2.5-ton kerbweight doesn’t bog the car down at all — participating in a traffic light grand prix is no issue at all with this Phantom… 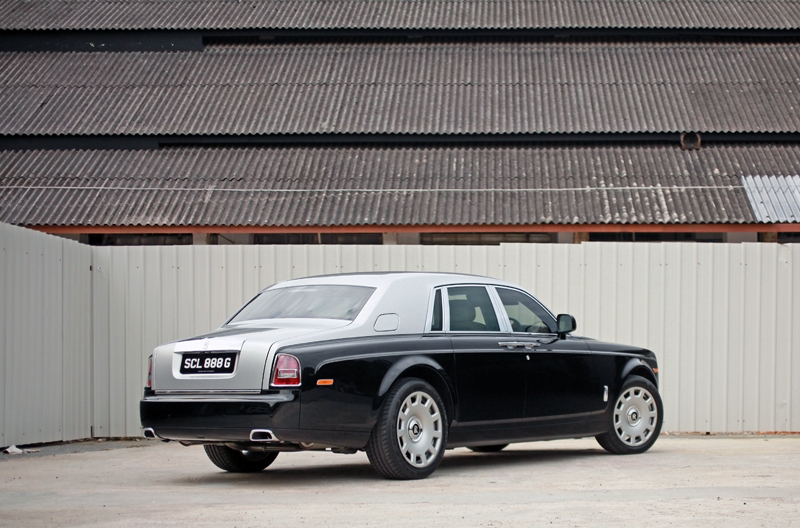 To date, this is the most expensive car I have ever driven. And it is also the one car that has everything so special built around and into it — you can just imagine how much design and engineering effort was spent on this one car. Now I look forward to drive its replacement, due to arrive in 2018 — wonder what will that offer… 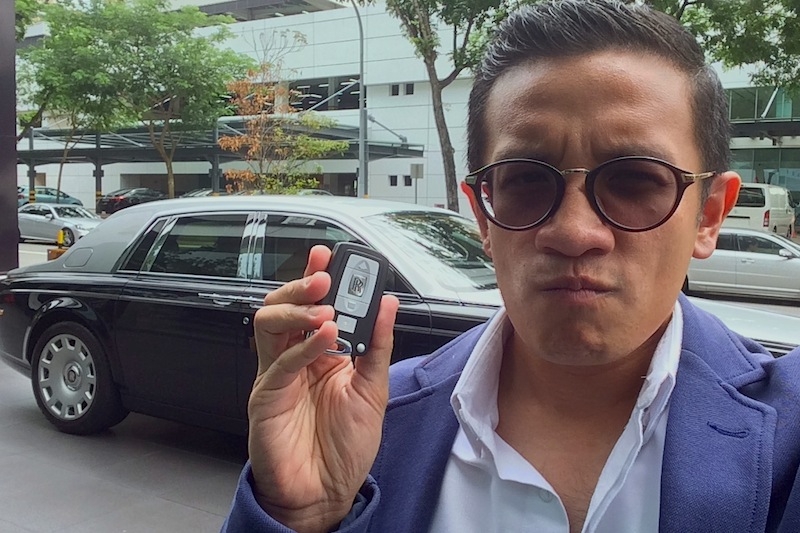 That one obligatory selfie...