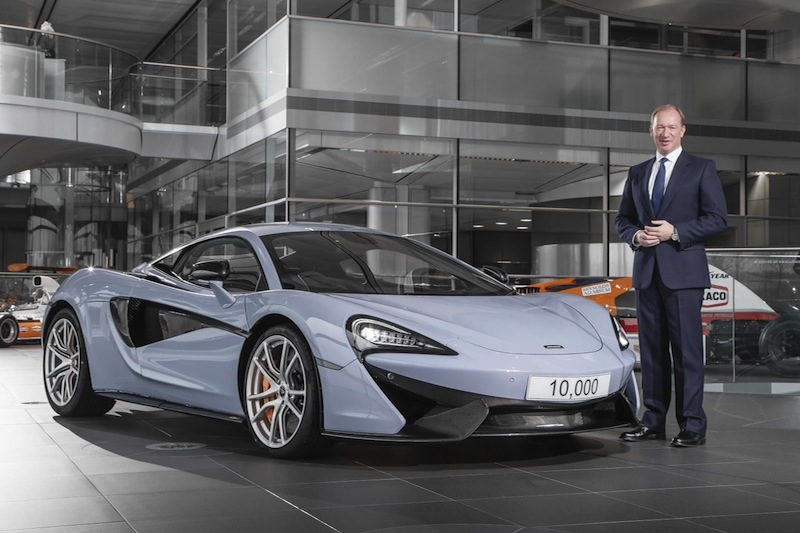 What started off first with a McLaren 12C, the grey 570S that rolled off the production line marks the brand's 10,000th unit

McLaren Automotive has today celebrated the manufacture of its 10,000th car from the McLaren Production Centre in Woking, England. The 10,000th car, a McLaren 570S finished in Ceramic Grey paintwork from the McLaren Special Operations ‘Defined’ palette, rolled out of the Production Centre just over five years after the first car, a McLaren 12C, was completed.

In early 2016, a second shift was introduced into the McLaren Production Centre to cater for the increased volume thanks to the introduction of the Sports Series family, today comprising the 540C, 570S and 570GT. This took capacity at the Production Centre from 10 cars per day to 20 cars per day. 2016 also marked the announcement of the company’s third year of profitability in the first five years it has been producing cars — unprecedented in the automotive industry. McLaren is also on target to almost double its sales this year Â compared to 2015, from 1,654 cars last year to over 3,000 cars in 2016, of which over 90 percent exported. This volume increase is thanks, in large part, to the ramp up in production and success of the Sports Series models. 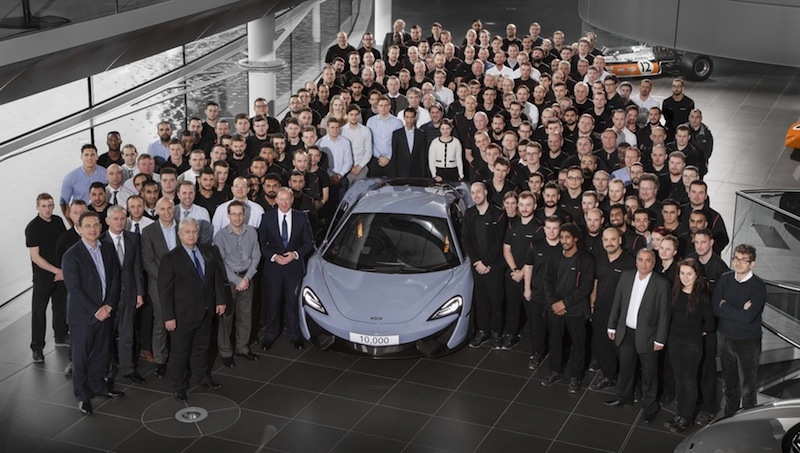 Like the McLaren Technology Centre, the McLaren Production Centre was designed by Foster + Partners and took 14 months to build, from breaking ground until the 18 July 2011 when the first car, a McLaren 12C, was approved for shipping. Since then, the McLaren Production Centre has been the only location where McLaren cars have been built, from the initial 12C and 12C Spider, through to the 650S and 675LT in the Super Series, as well as each of the 375 highly-bespoke McLaren P1 cars. Today, the McLaren Production Centre employs around 750 people out of a total of approximately 1,750 employed by McLaren Automotive.
Commenting on the moment that the car left the Production Centre, McLaren Automotive Chief Executive Officer, Mike Flewitt, said: “The production of the 10,000th McLaren is a significant milestone in the short history of the company. The fact that it took us 42 months to build our 5,000th car and just 22 months to build the next 5,000 speaks volumes about the pace of development of the company. Much of that development is thanks to the introduction of the Sports Series family of cars and it’s therefore fitting that the 10,000th car is a McLaren 570S.”
The 10,000th car will be retained by the company in its Heritage Collection.