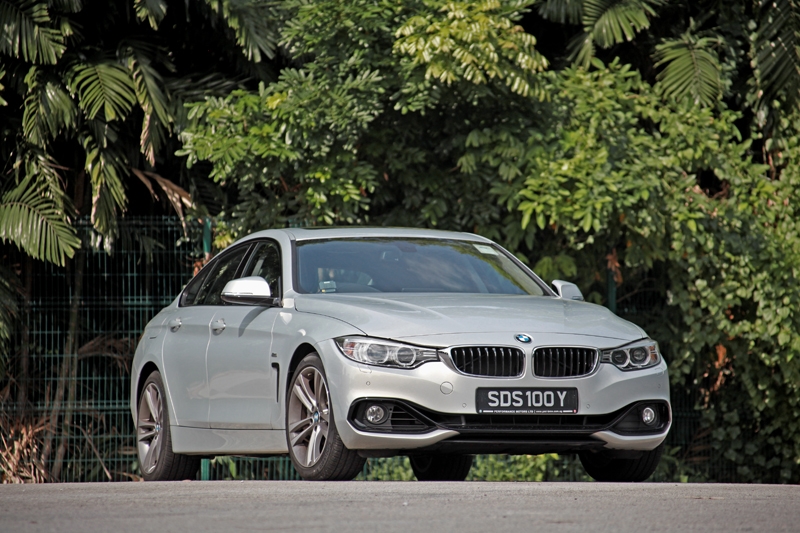 Now featuring the new B58 engine, has the Gran Coupe become more desirable?

Lets just cut to the chase and go straight into what’s new with BMW’s 4 Series Gran Coupe. First, you get the new nomenclature: ‘440i’, which replaces the 435i. Not that it will stop confusing the laymen, but this change signifies BMW’s move from the well-utilised N55 engine - for their range-topper - to the new B58 engine.

So what’s the difference between the two six-cylinder units? Firstly, it gets a bigger displacement; the N55 engine is a 2,979 cc unit, while the B58 is now a 2,998 cc. Secondly, BMW also increased the size of the turbocharger. Ultimately, these two changes leads to more powaaahhh… 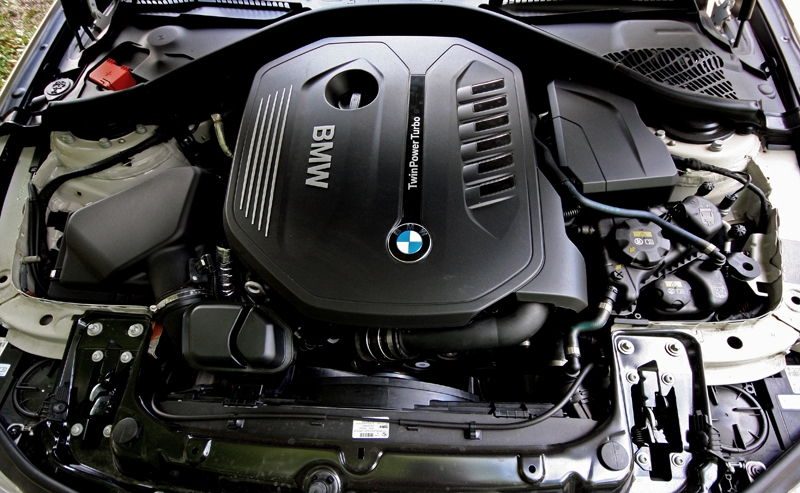 Power output has increased by 20 bhp — now there’s 322 bhp powering the rear two wheels. Torque, naturally, saw an increase as well — previously 400 Nm, it’s now 450 Nm. Despite that, surprisingly the zero to 100 km/h timing has only improved by… 0.1 seconds. 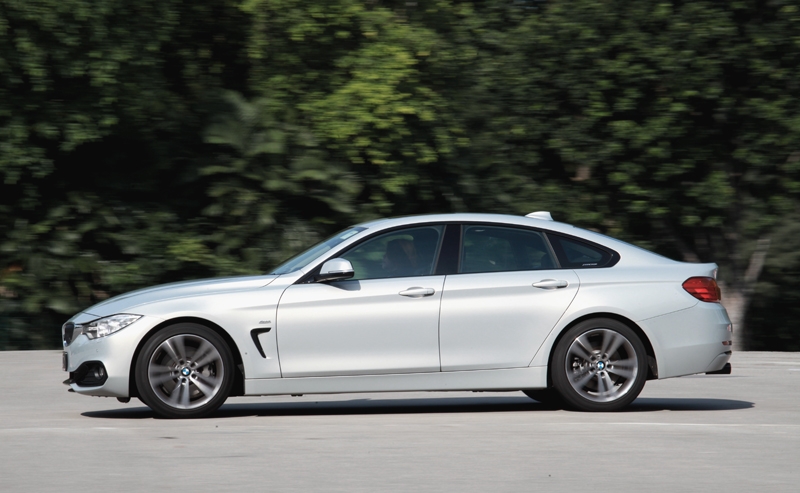 Here’s why. Despite all that additional firepower, BMW’s focus seems to have shifted. The 435i felt wilder and even more immediate, which was why it doesn’t have one of the world’s best fuel economy; this time around with the 440i, power delivery seem more gentlemanly and less offensive. Of course this sounds a tad disappointing for the ham-fisted enthusiast who has a personal petrol pump in his backyard, but in the real world, the way the 440i behaves makes much more sense. 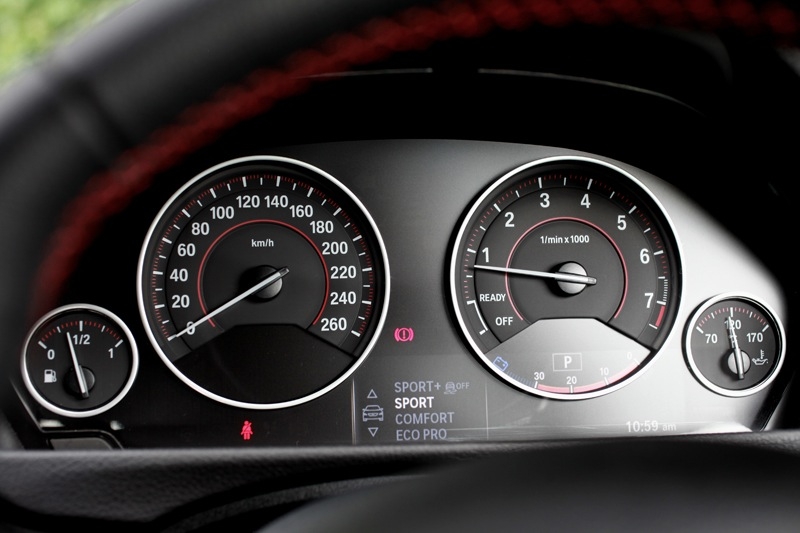 You could actually feel the difference driving between ‘Comfort’ and ‘Sport’ too, no longer coming across as another marketing ploy to give you the impression that the car could actually be driven in different modes. Which means you can play responsible son-in-law one moment, and once the missus and her parents have gotten off, you could play James Bond the next; for the latter, swapping gears - still the 8-speed Steptronic ‘box - via the paddle-shifters proved to be the more satisfying option. Stretching the engine, it feels willing and you could push it closer into the red zone without it feeling flat — in fact, I reckon BMW could’ve given it a 15,000 rpm redline but they just chose not to… 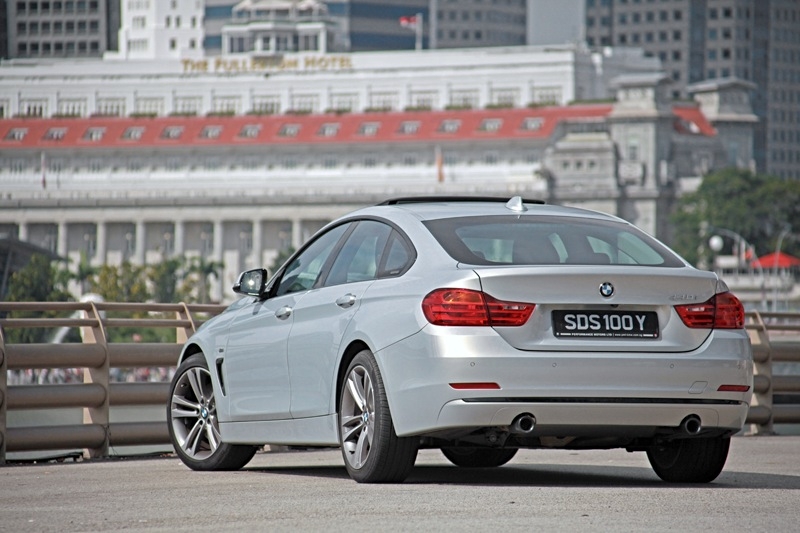 For the daily commute to work and back, the 440i impresses with both improved engine refinement and sound insulation; it could just be me, but the quieter cabin allows you to drive in a more relaxed manner; to the point the idiot ahead who keeps on changing lanes or the tailgater behind doesn’t annoy you. The better sound system makes it all sweeter. 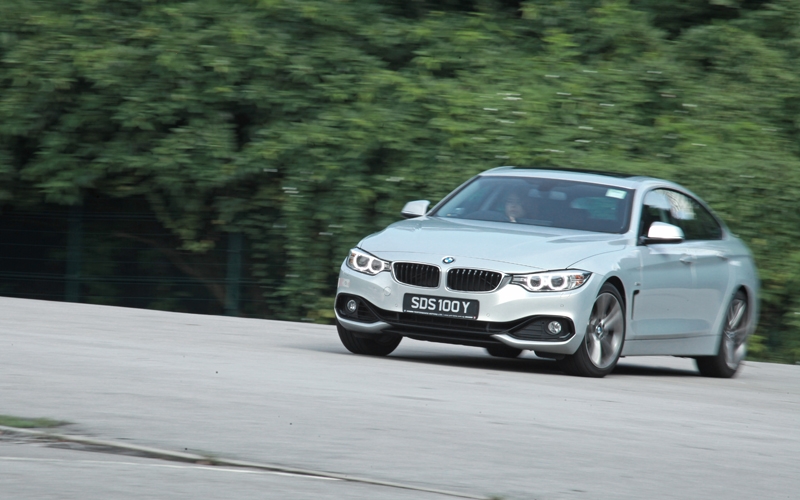 Handling wise, it’s the usual BMW trait with brilliant body control, responsive chassis and spot-on steering character — going fast at tightening corners doesn’t seem to faze the 440i. The brakes doesn’t deserve any sort of complain either, doing a brilliant job of cutting speed; despite that, it still comes across as over servo’d at low speeds. 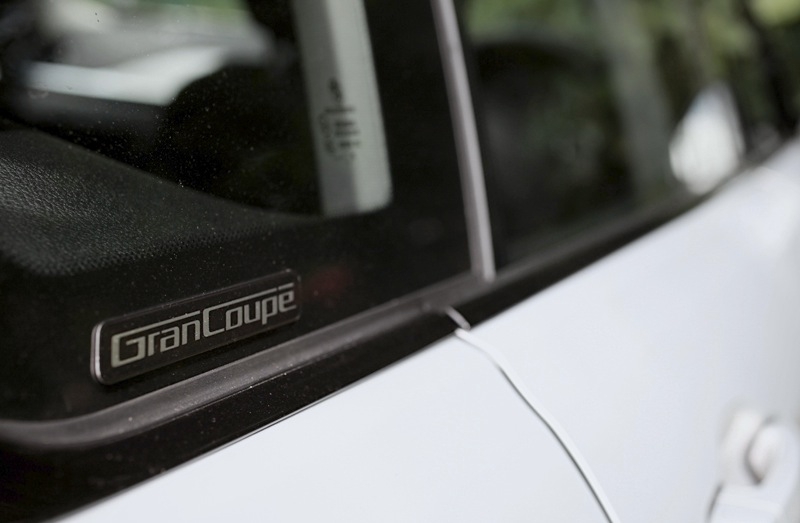 As a whole, the 440i Gran Coupe has a good list of improvements despite its new gentlemanly demeanour this time around — which, ultimately, means it also stands to gain a bigger fan base. 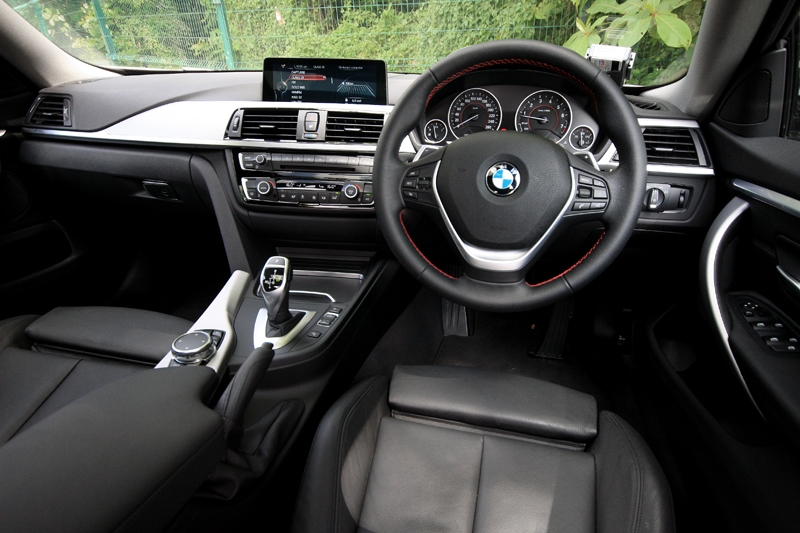 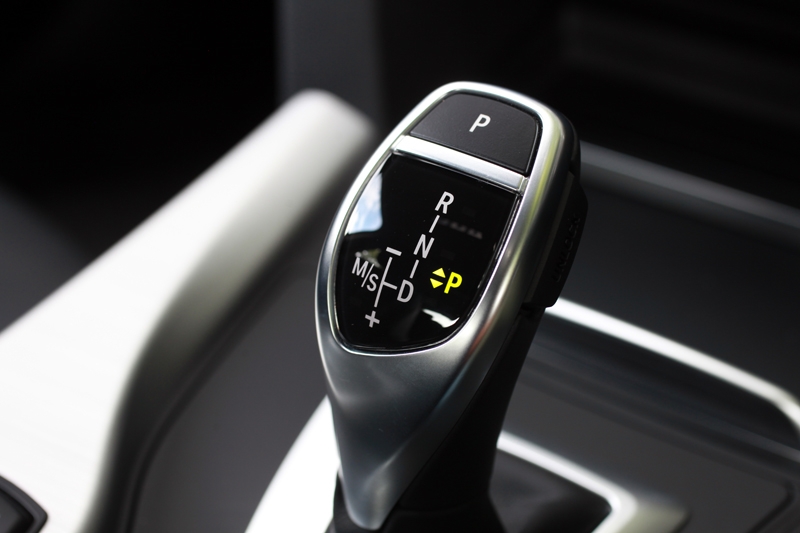 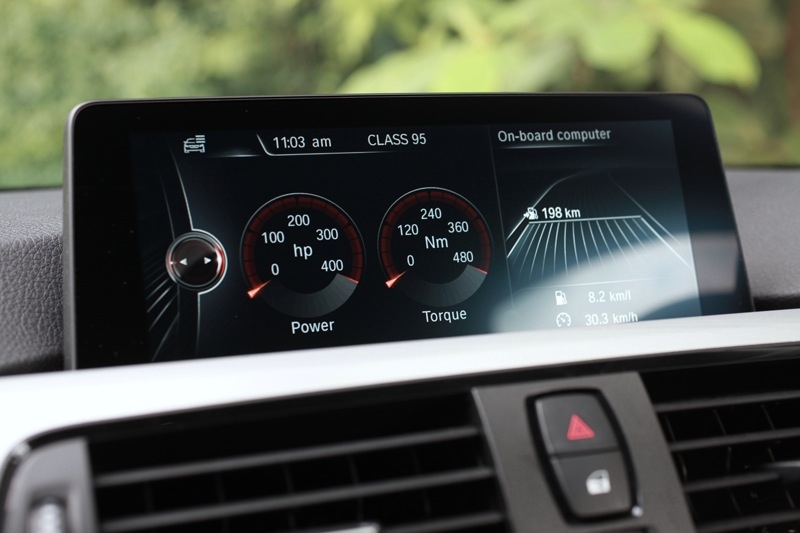 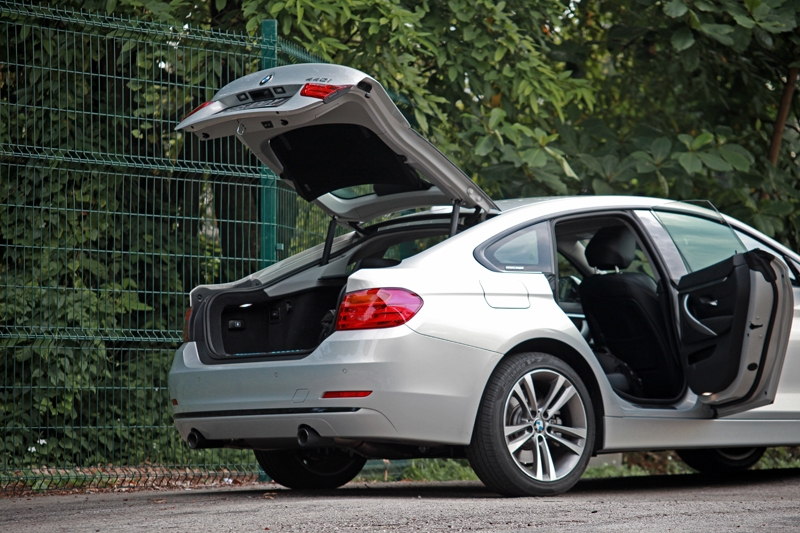 You could choose the tailgate's varying height via the iDrive 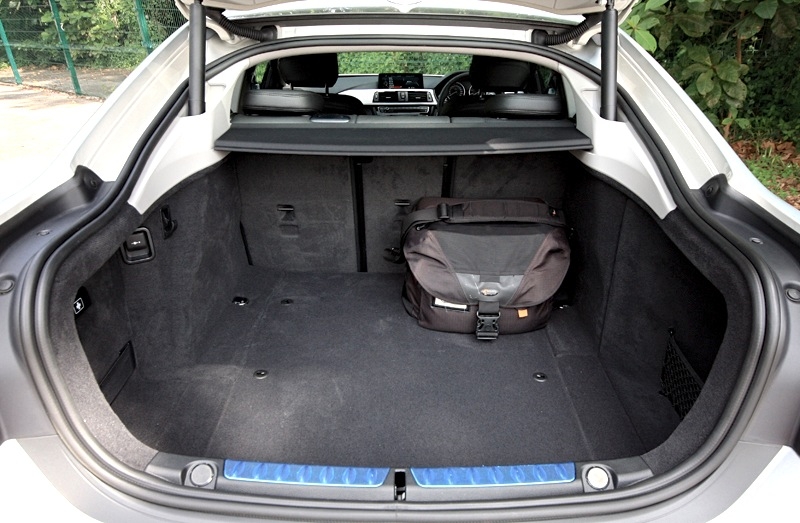 480-litres at your disposal; bring the seat's backrest down and this increases significantly to 1,300-litres 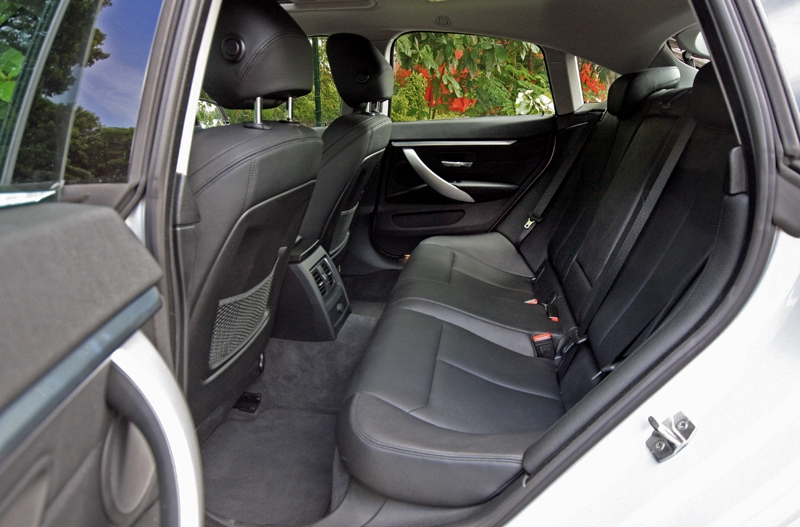 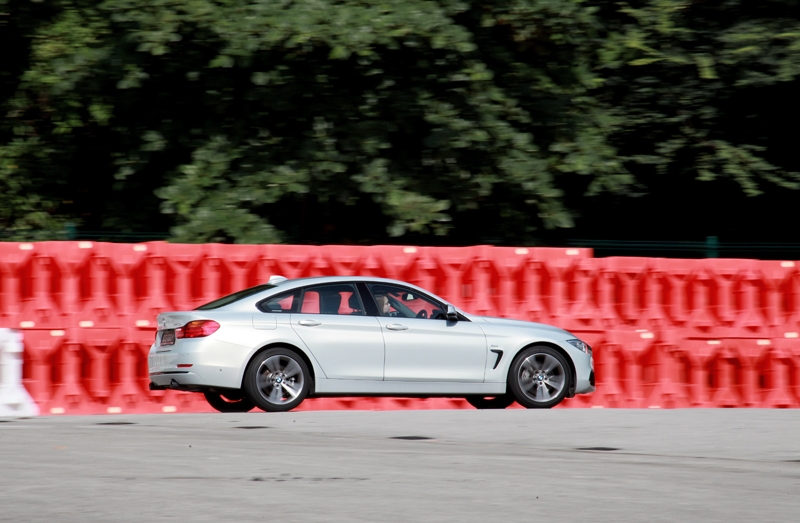 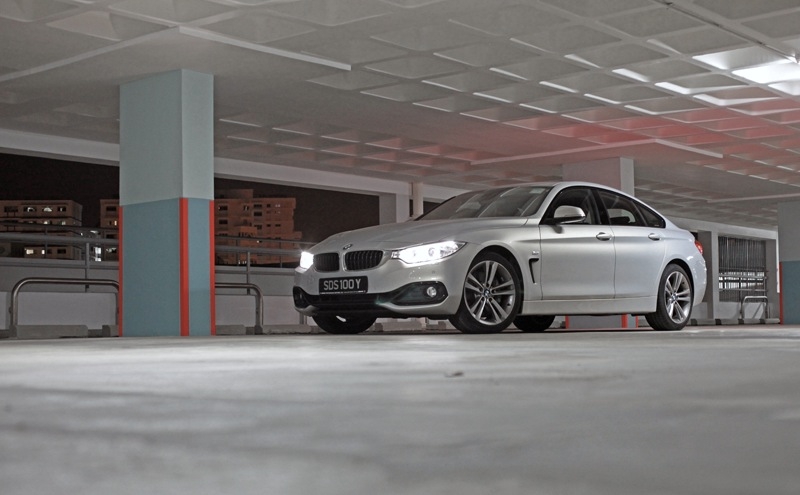