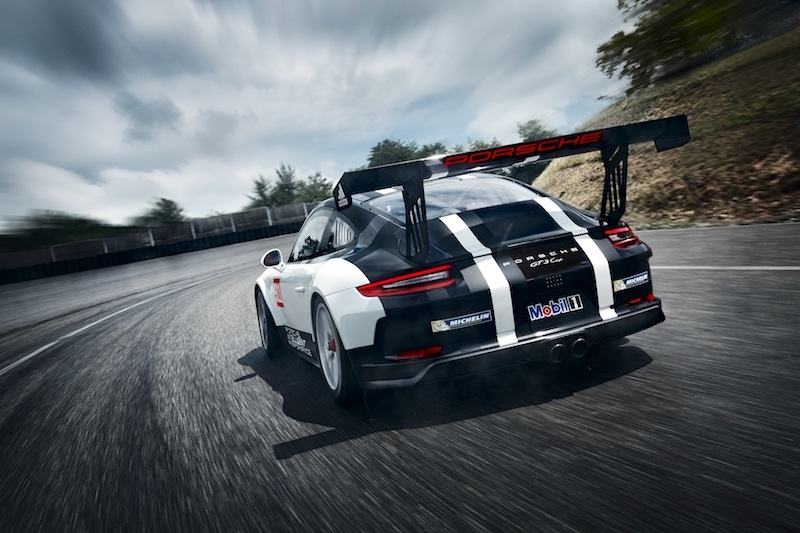 Boasting a completely redeveloped drive, the Porsche 911 GT3 Cup will take to the starting line on the world’s race tracks from 2017 onwards. The rear of the GT racing car houses a 4-litre, six-cylinder flat engine for even more drive; the compact engine with direct fuel injection delivers peak performance of 485 hp.

A range of innovative details also improve efficiency in addition to engine performance, ensuring even better durability of the naturally aspirated engine in racing mode; Porsche also claimed that maintenance costs will be reduced with this new car. Some of the new car's innovations include a valve drive with rigidly mounted rocker arms and a central oil feed being used for the very first time. At the same time, an integrated oil centrifuge is used to optimise oil defoaming in the engine. A crankshaft with significantly increased rigidity has also been installed. 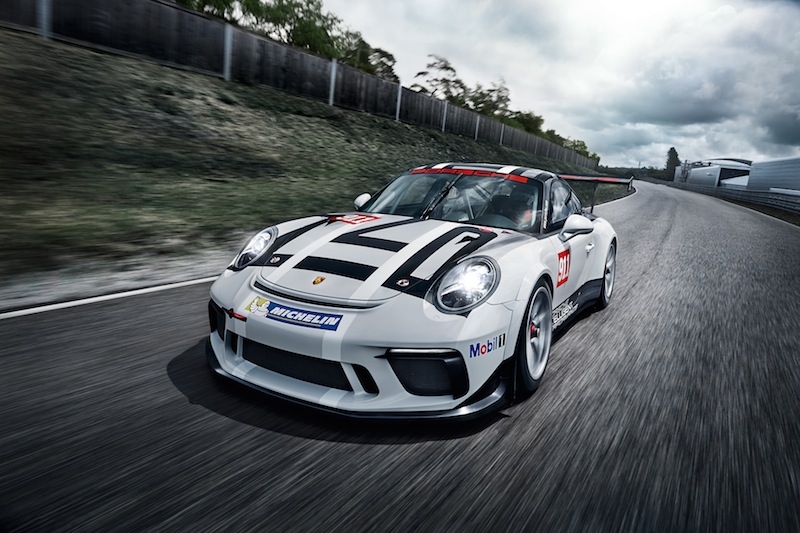 A new front apron and new rear end improve the downforce of the new 911 GT3 Cup, therefore enhancing overall traction and performance. However, the prominent 184-centimetre wide rear wing has been retained from the predecessor model. 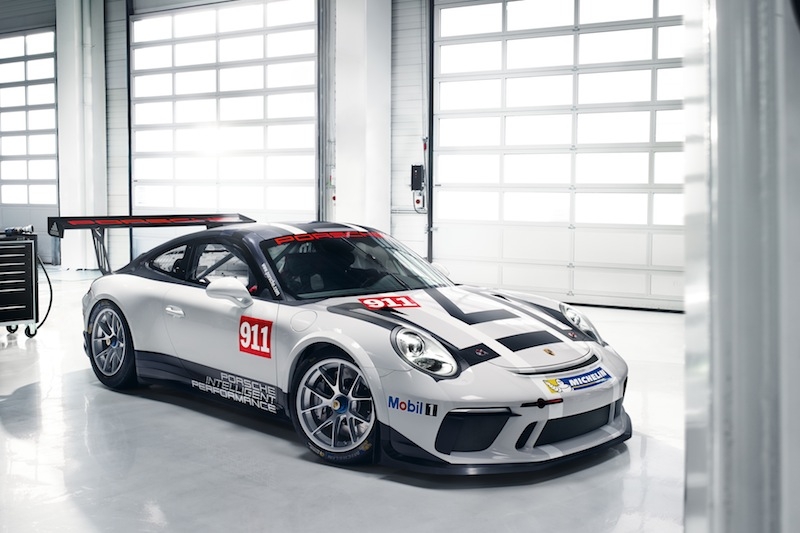 The wheel dimensions are also unchanged: One-piece 18-inch racing rims with a central locking mechanism are used, with 270-mm wide Michelin racing slicks on the front axle, and a massive 310-mm section on the rear axle. The intelligent aluminium-steel composite construction ensures maximum rigidity and a lightweight body; if you must know, this 911 GT3 Cup weighs only 1,200 kilograms. 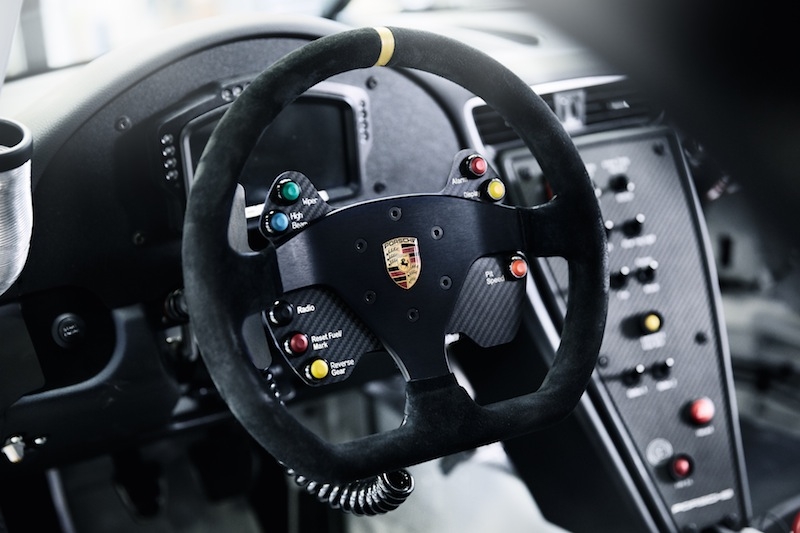 The engineers have also focused specifically on driver safety during development. The driver is protected by a solid safety cage and an innovative, bucket-style racing seat that is moulded particularly heavily around the head and shoulder area. The enlarged rescue hatch in the roof, in line with the latest FIA standard, makes it easier to provide initial treatment and recovery following an accident. 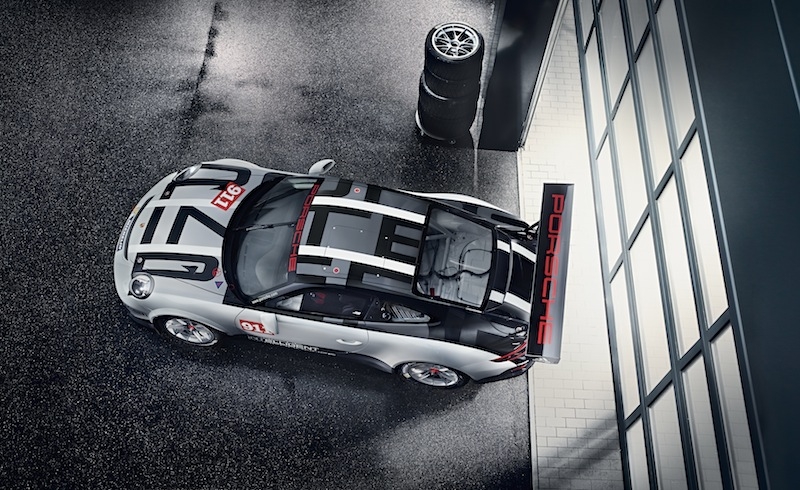 The new 911 GT3 Cup will be used in the 2017 race season, initially exclusively in the Porsche Mobil 1 Supercup, which is held alongside the Formula 1 races, and in the Porsche Carrera Cup Deutschland, as well as in North America. As of 2018, the car will also be available for the other brand cups. In total, Porsche is organising 20 of these race series for customer teams around the world, with the 911 GT3 Cup being used exclusively. 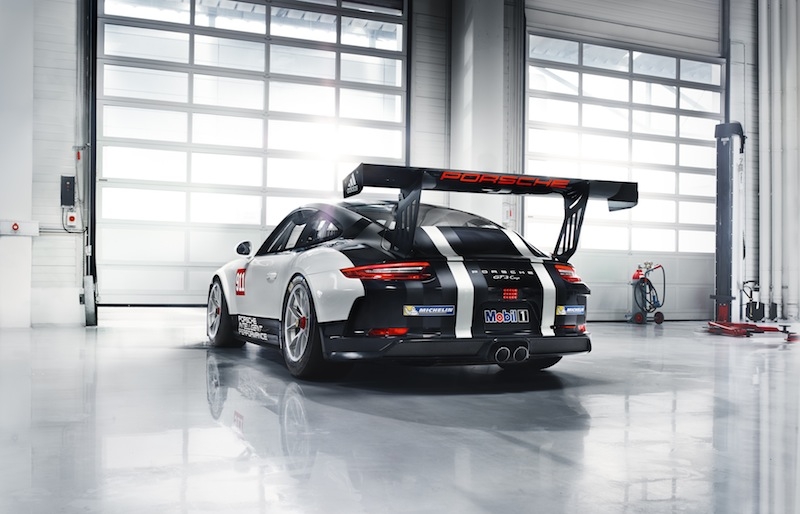 Porsche manufactures the 911 GT3 Cup on the same production line as the 911 road car in its main plant in Stuttgart-Zuffenhausen. The basic race tuning is performed at the Weissach motorsport centre, where vehicles are also thoroughly tested by a professional race driver prior to delivery to the customer. Some 3,031 units of the 911 GT3 Cup have been built in the 996, 997 and 991 model lines since 1998, making this racing car from Stuttgart the most-produced and most-sold GT racing car in the world.
The 911 GT3 Cup can be ordered now at Porsche Motorsport at a price of 189,900 Euro.