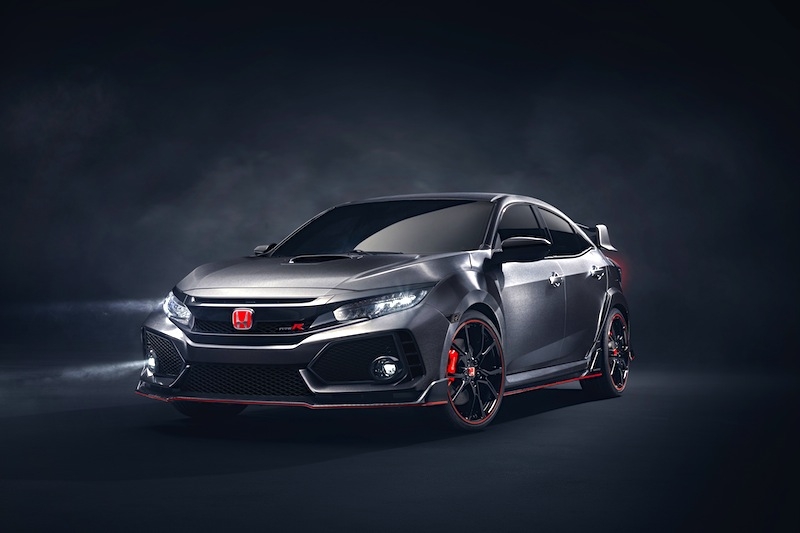 So striking, we somewhat ran out of good things to describe this new Type R - we just want one, now

The new Honda Civic Type R Prototype has been revealed at the 2016 Mondial de L’Automobile, offering an insight into the styling of the next-generation Civic Type R which will be officially unveiled in 2017.

Based on the low and wide proportions of the new Civic hatchback, the Type R Prototype is enhanced by the muscular body styling and modifications to aid aerodynamic performance. The exterior is clothed in a highly reflective, finely-grained brushed aluminium-effect finish unique to the show car. 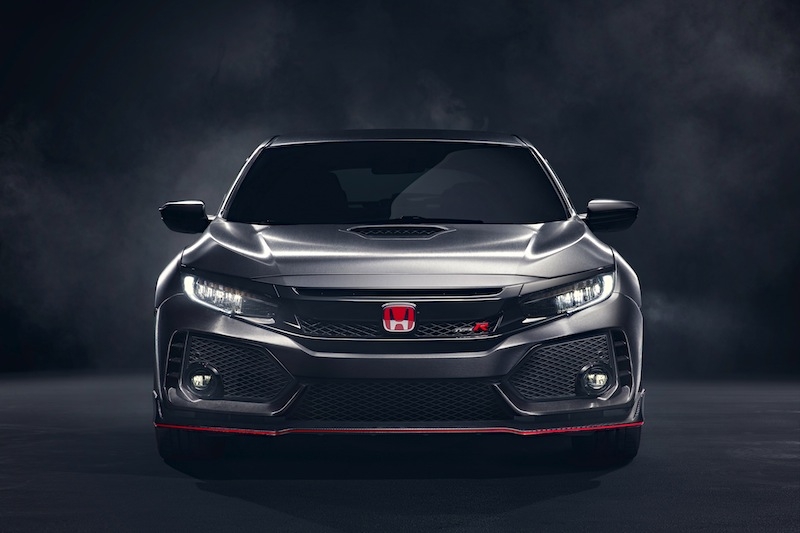 At the front, the aggressive bumper is accentuated with a winged carbon fibre splitter and sporty red accent. Additional slatted ducts add width to the bumper, while diamond-mesh inserts fill the sculpted air intakes. 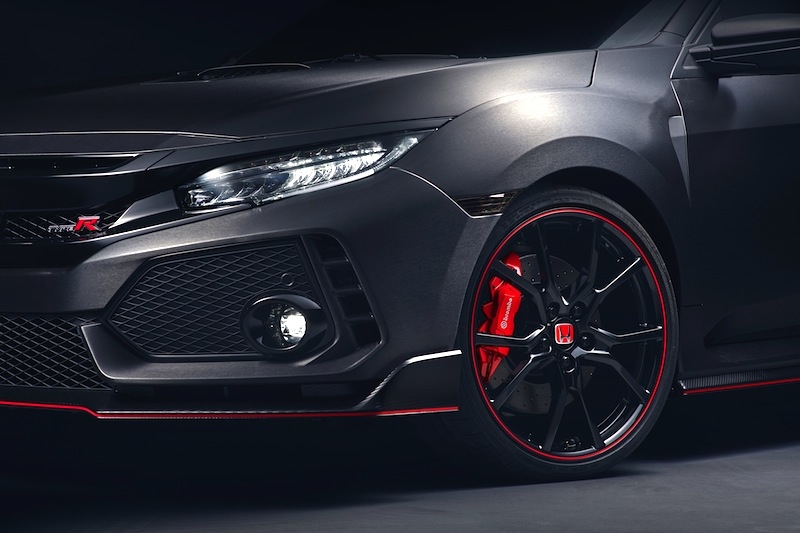 Honda’s famous red ‘H’ badge — which adorns all Type R models — sits above a new air vent at the nose of the car. There is also a new intake on the bonnet, with an air scoop sited centrally in a trapezoidal recess. Smoked lenses for the LED headlights, indicators and side repeaters reflect the Type R Prototype’s more aggressive character. Carbon fibre side skirts run the length of the wheelbase, between 20-inch piano black alloy wheels with red accents and 245-section high-performance tyres; enlarged arches accommodate the new wheels. 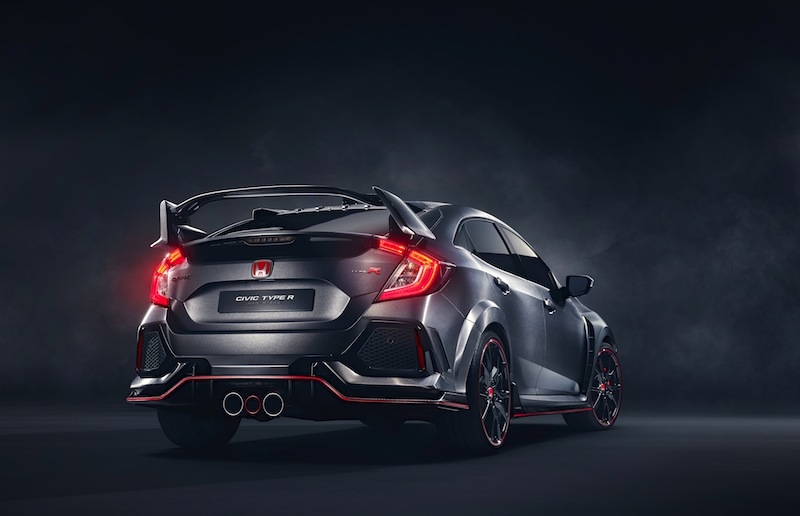 A substantial carbon fibre diffuser runs below the wider rear bumper, which frames three fully-functional tailpipes with a pair of directional strakes at each side. The central tailpipe is of a smaller diameter and is highlighted in bright metallic red. Unique peaks at the roof flanks point backwards towards a dramatic, visually striking rear wing. 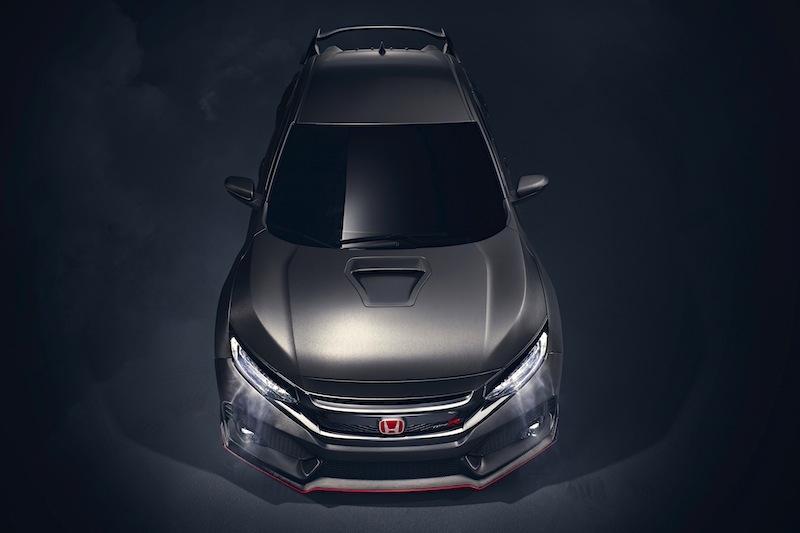 The next-generation Civic Type R was engineered within the same development programme as the other members of the Civic family, and will be officially unveiled in production form next year. It will be produced at Honda of the UK Manufacturing (HUM) in Swindon, the global manufacturing hub for the five-door hatchback. Sales will begin in Europe at the second half of 2017. 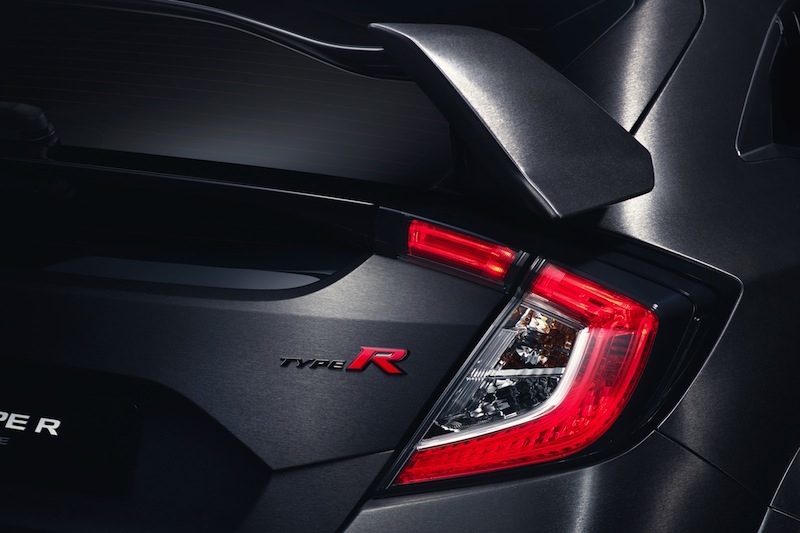 At the same time, this generation Type R will be exported to markets around the world, including the US. This will be the first time any Honda-badged Type R will be officially sold in North America.