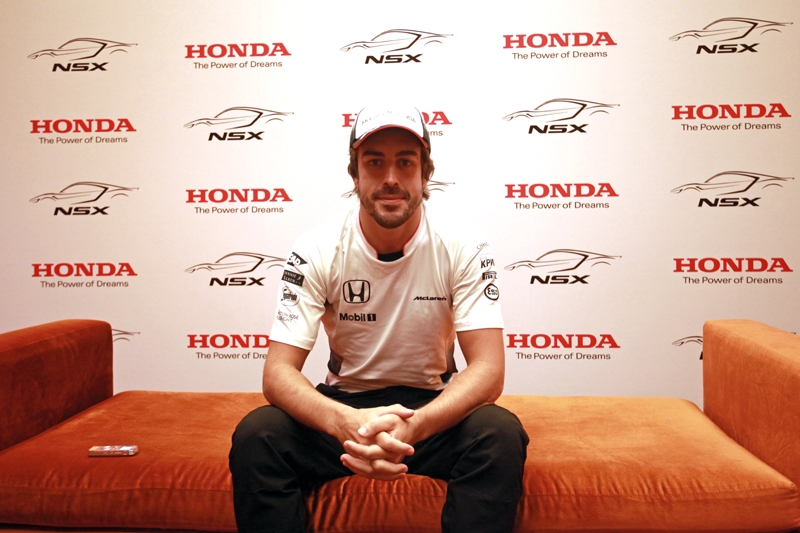 A rough 2016 season for the Spaniard so far, is Fernando Alonso losing his spark?

He is here for one thing, and one thing only: To score more points for the McLaren-Honda team which is plagued with issues after issues. While the man himself, Fernando Alonso, admitted this is a tough season for himself personally, he is still going strong and certain the team (and himself, of course) will continue fighting on. Jet-lagged and with a very tight schedule, Burnpavement spent 10 minutes with him for this one-to-one exclusive, talking less of the F1 stuff and, well, a little bit more of his 'retirement plan'.

How has development of the car, in terms of both aerodynamics and engine, have been for you this season?
It is great. To be honest the position we were in last year, that was not where we wanted to be. I think we’ve worked on a lot of issues over winter and throughout this season, and now we’ve put ourselves in a position where we are ready to fight for points at every race. Definitely, we are a step forward here and that to me is very impressive. The Honda engine has improved a lot — its deployment is giving us an advantage.
For the aerodynamics, we have given it a lot of work too, which is why, overall, I’m very happy. 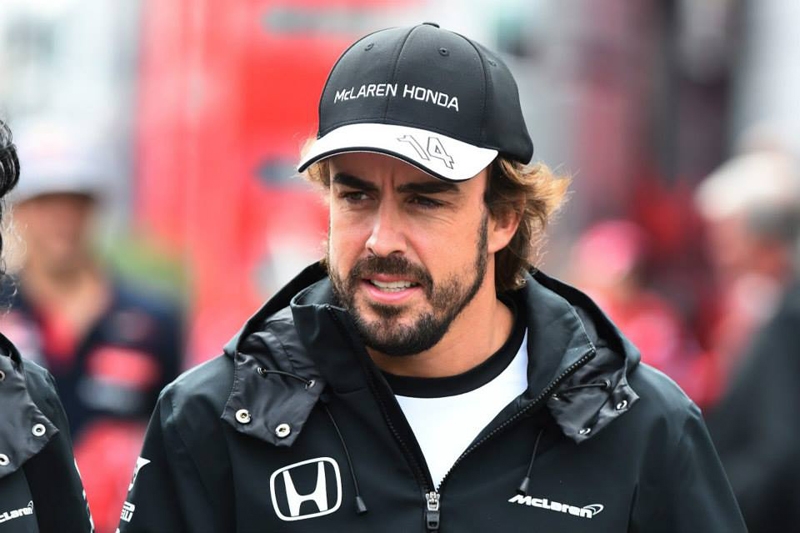 Fernando Alonso plus McLaren-Honda — What do you feel about the relationship so far?
When I joined the team 1 Â½ years ago, we were all very excited about this McLaren-Honda project. And because I joined this project at Day 1, we all feel it’s in our hands to make this project a success. As a team, we are all working together successfully; very committed to win as much races as we could. In the past, Honda and McLaren dominated Formula 1, during (Ayrton) Senna and (Alan) Prost’s time, so it is good that both have come back together with the intention of dominating Formula 1 again.
If you were to observe the progress of the team right now, and then compare it to last year, you could see McLaren-Honda has the potential, and are moving in the right direction. 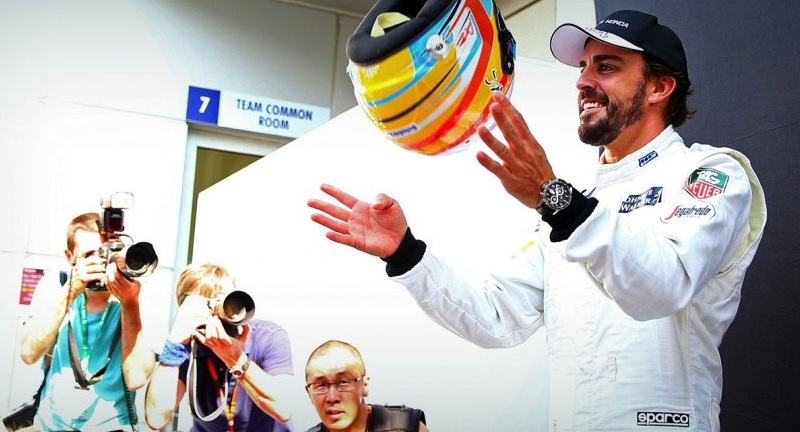 16 long years in Formula 1 — What is one particular highlight you hold dearly to yourself?
Winning my first championship (in 2005). It was that very moment when I look back at all the years of racing, and then realizing my dream had actually come true. From go-kart to Formula 3, then GP2 before finally reaching Formula 1; and became the best to achieve the title. That’s the highlight of my career. 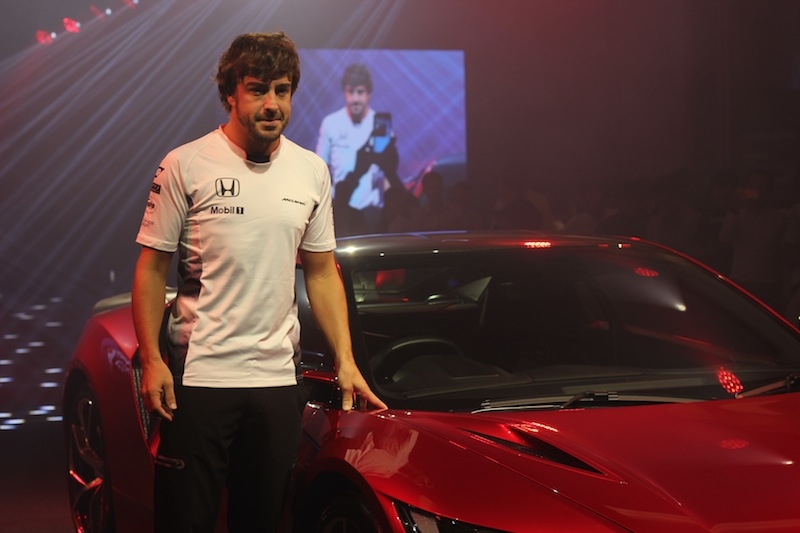 Alonso at the local launch of the new Honda NSX

We are sure you are a car guy yourself. So what does Fernando Alonso, the car guy and F1 ace, drive when it’s not the racing season?
(Smiles) I have a Honda Accord in Dubai, where I live. When I’m back in Europe, I normally drive my Honda Civic Type-R — the hatchback model. 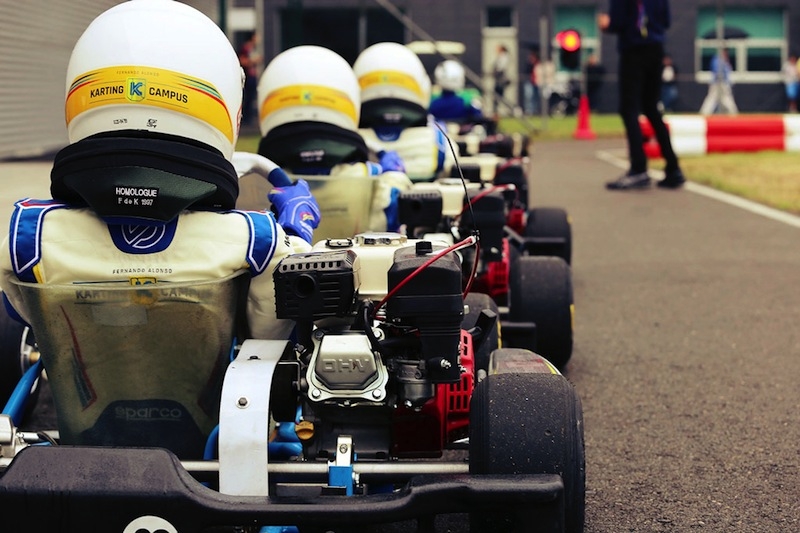 You started your career racing go-karts. Here in Singapore, many youths are picking it up and honing their skills in hopes of achieving success similar to yours. What would be your golden advice to these hopefuls?
To come to Spain and come to my school (laughs)! I have a school for young kids, which also houses a circuit — the Fernando Alonso Karting Campus located in my hometown, Asturias. I will be hosting a European Championship next year, tentatively 11th June there. 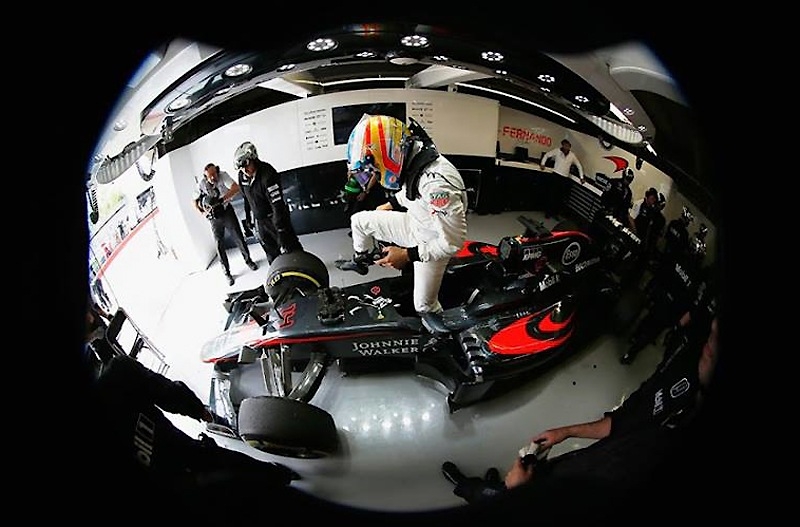 Why I do this is because go-kart has been my passion, as that was how I got started in motorsports. Although I’m busy with Formula 1 all the time, I still dedicate 50 percent of my time to go-karting. 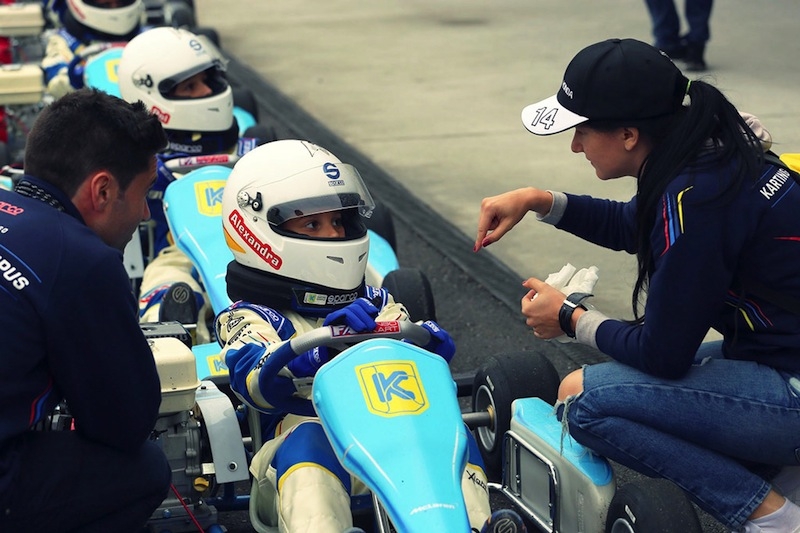 I’ve created this school and circuit for the young so that when I leave Formula 1, I can help kids follow their dreams. I would like to help them, and let them enjoy this fantastic sport. Think about it: Go-kart is actually the ‘first touch’ to professional racing, so it’s good to start young and feel the adrenaline. 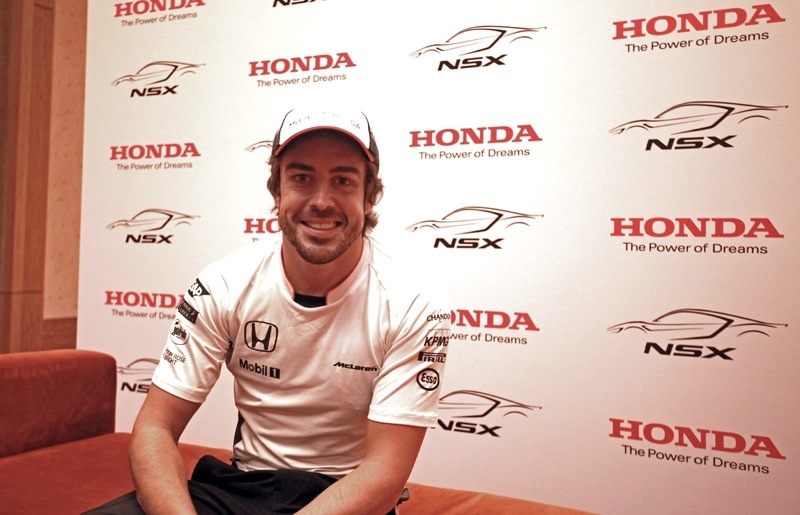 From your years of racing experiences, what is the recommended age to start motorsports, particularly go-karts?
From the age of eight to ten. But if you could get them started at six years old, that is even better. Get them involved and in between that, they will feel the passion kicking in — which is what you want to achieve. So if you’re a father who wants his children to be involved in motorsports, that would be the best period. 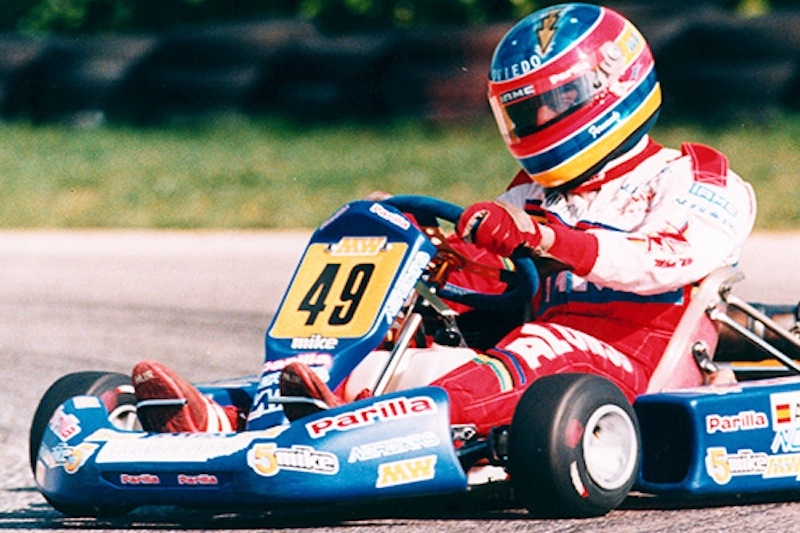 A young Alonso attacking the track in his go-kart