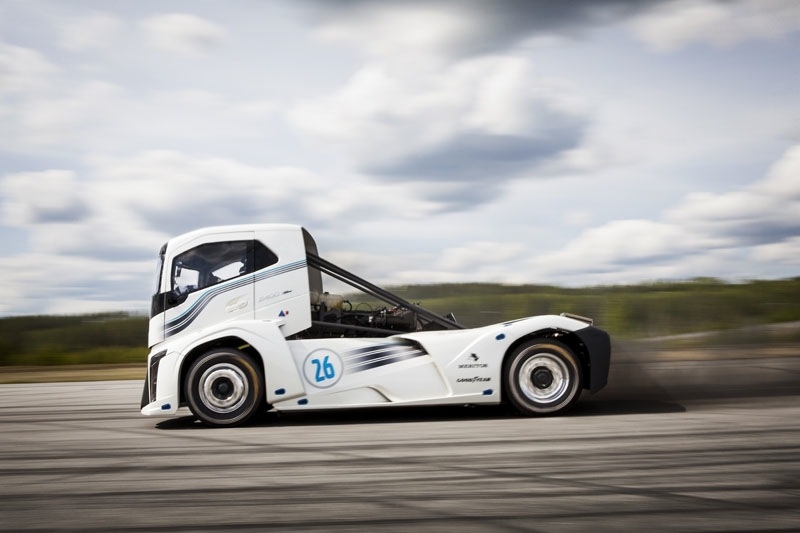 The Iron Knight is the world’s fastest truck - it has beaten the speed record in both standing-start 500 and 1,000-metre categories

Volvo Trucks’ The Iron Knight, driven by truck racing ace Boije Ovebrink, now holds the official speed records for the 500- and-1000 metre distances. With an average speed of 169 km/h and a time of 21.29 seconds, The Iron Knight beat the international speed record for 1,000-metres from a standing start. It also beat the corresponding record for the 500-metre distance, at 131.29 km/h and 13.71 seconds.

The runs were carried out at SkellefteÃ¥ Drive Center, a former airfield just outside SkellefteÃ¥ in northern Sweden. The truck covered the distance in both directions; based on these two runs, the average time and speed were calculated. The record result the FIA presented is the average speed of the two runs. 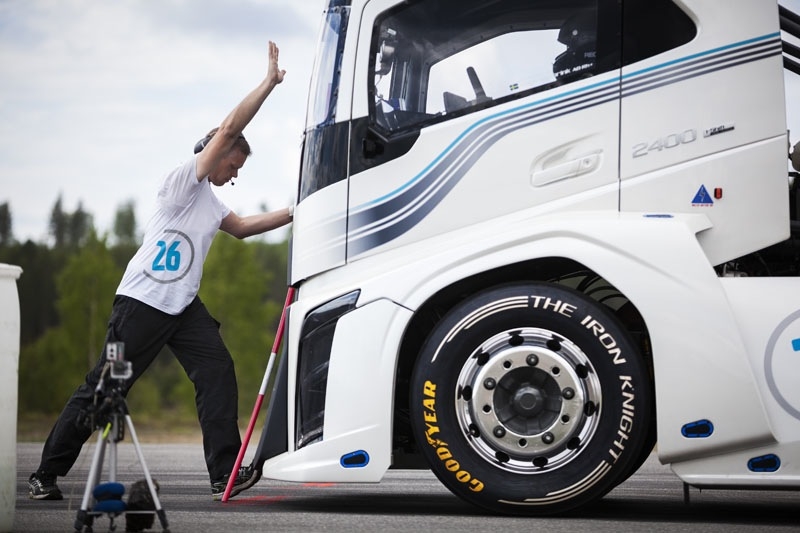 “This shows that our I-Shift Dual Clutch transmission has enormous potential and that it does not let you down under extreme conditions. The fact that the world record-breaker uses the very same gearbox that is found in our series-built FH trucks is something that we’re really proud of,” says Claes Nilsson, President and CEO of Volvo Trucks. Keep in mind that this one-off truck has 2,400 hp, 6,000 Nm of torque, weighs 4.5-tonnes and has a power-to-weight ratio above 0.5 hp/kg. 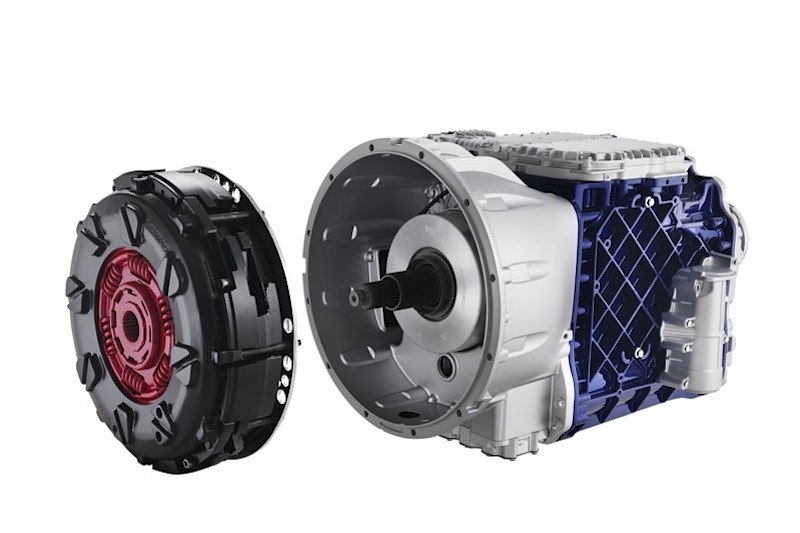 Such output came courtesy of a mid-mounted engine, which is a modified D13 engine with water-cooled intercooler and four turbochargers. The I-Shift Dual Clutch gearbox, the similar unit fitted to the standard Volvo FH trucks, gets a reinforced clutch whereby the discs and pressure plates are made of sintered material. Electronics were kept to a minimum as well, to lower the truck's weight. At the same time, software has been re-programmed to permit the high performance. 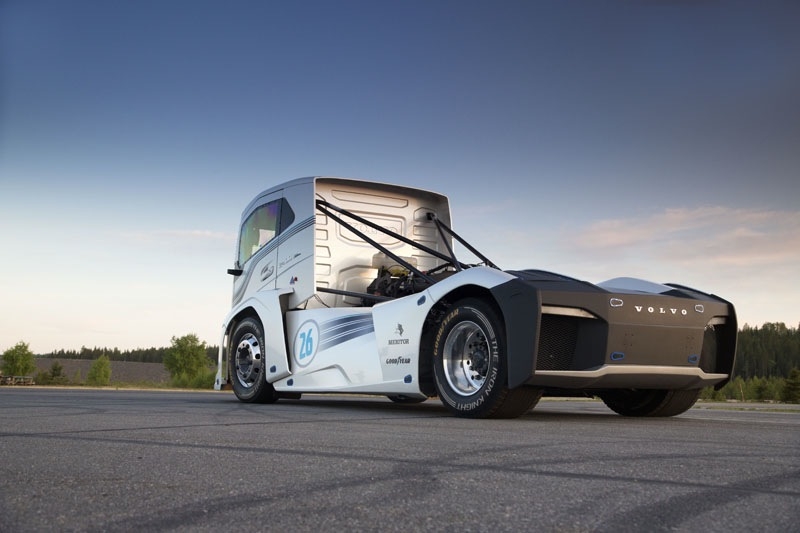 “Specialists from several different Volvo Trucks departments worked closely together to develop a truck with unsurpassed performance. Apart from Volvo Trucks’ powertrain, which is the heart and soul of The Iron Knight, we’ve hand-built the truck from the ground up. The fact that we succeeded in securing not just one record but two is absolutely amazing,” says Olof Johansson, a technician at Volvo Trucks. 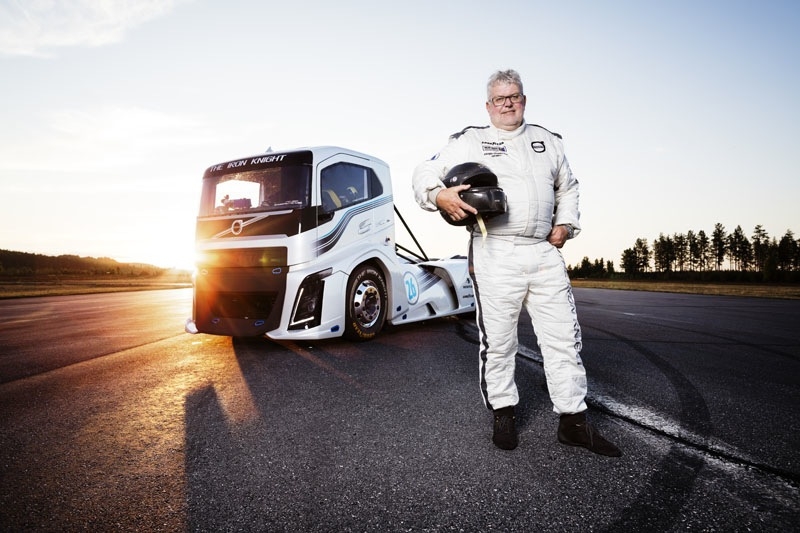 Behind the wheel of The Iron Knight was Boije Ovebrink, who has more than 30 years’ experience of both car and truck racing. He has previously beaten five speed records and in 1994 was European Truck Racing Champion. “Volvo Trucks’ The Iron Knight can be summarised in one single word: Perfection. It’s beautiful to look at and is an unparalleled powerhouse when you floor the accelerator. This is the third record-breaking truck I’ve driven, and I can’t think of a better follow-up to Wild Viking and Mean Green,” said Boije Ovebrink. 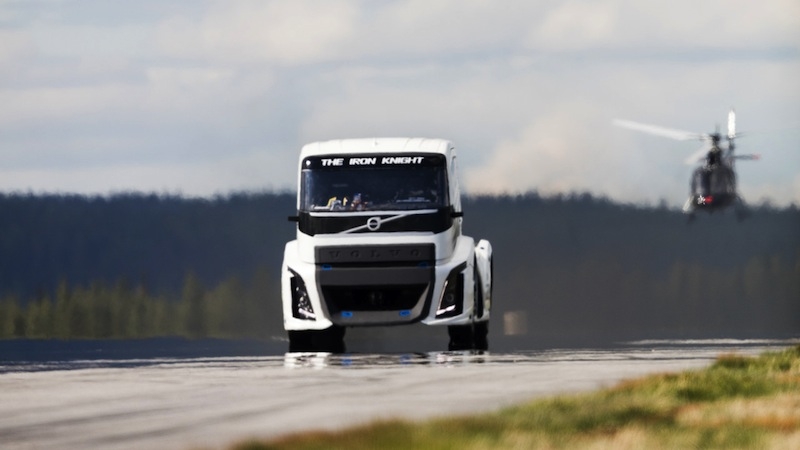 During the record runs, The Iron Knight managed to also reach a top speed of 276 km/h. Now, that's mean... 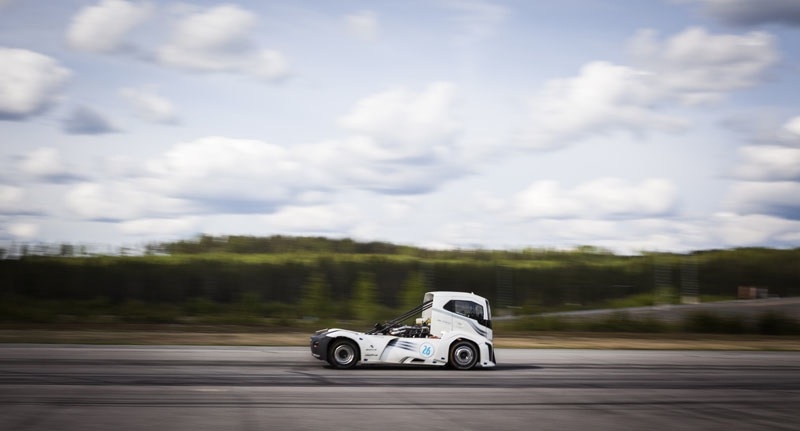 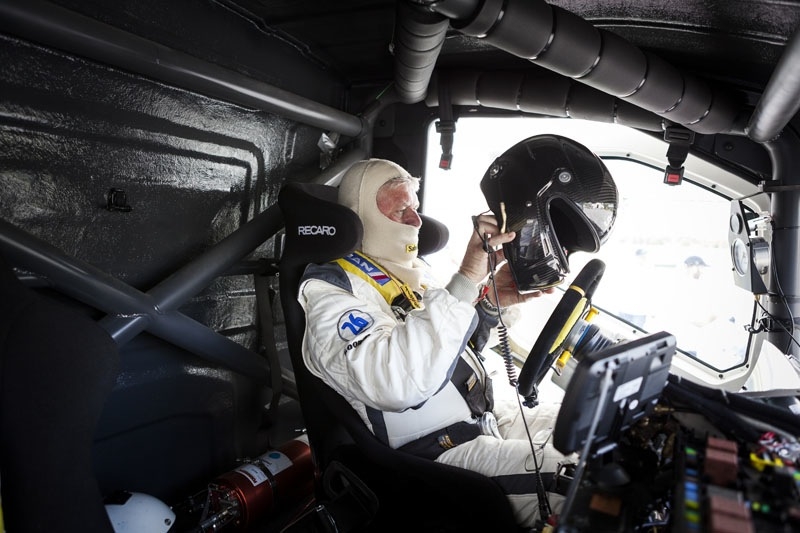