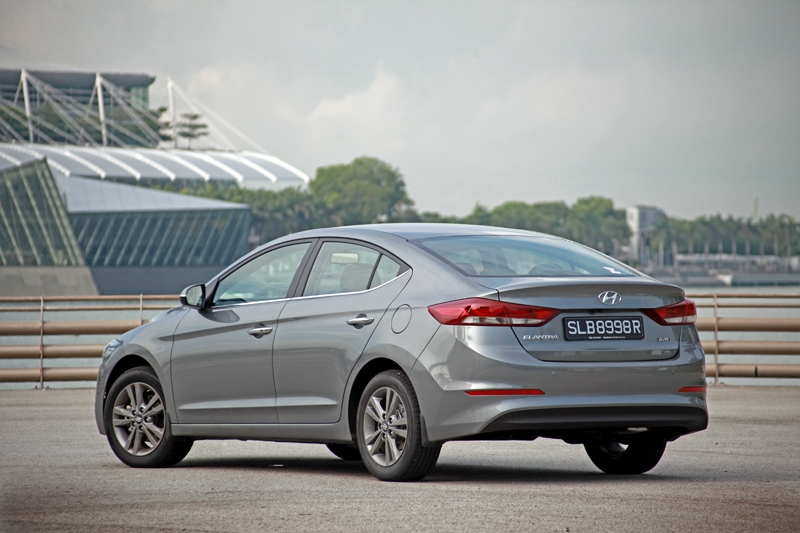 Ignore Me Not | Hyundai Elantra Elite

No, it doesn’t get a turbocharged lump underneath the bonnet; instead it has a naturally aspirated 1.6-litre mill. And if you’re wondering still, I have the unfortunate task of informing you that working along the engine is a torque converter 6-speed automatic still; not a dual-clutch unit. In essence, it is simply the sort of family sedan that brings you from point A to point B, and the occasional road trips up North, without any fuss.

One that has been given aesthetic refreshments to keep it up to date; which is an important job in this highly competitive segment. 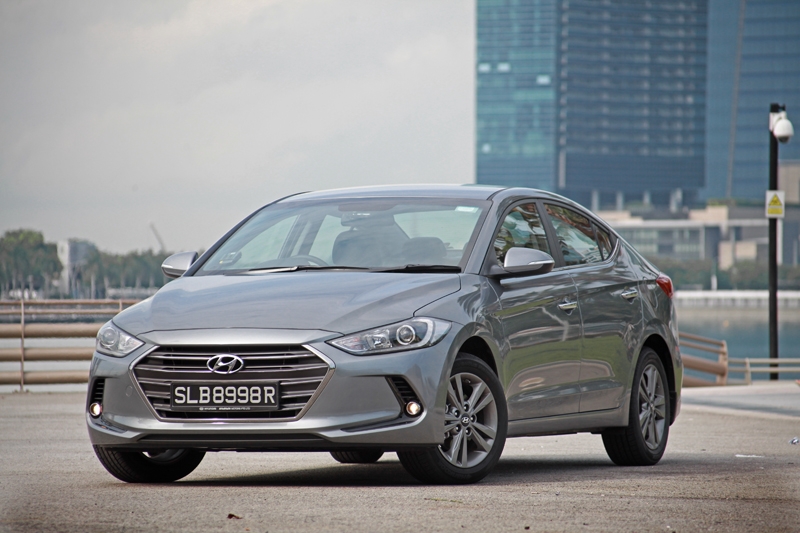 The new face kept things pleasant, with new headlamps featuring an LED strip to keep up with the current trend that was first started by Audi. Paired to an aggressively styled front grill, surprisingly this new face somewhat grew on me after spending almost a week with the Elantra. At the rear, it gets a pair of newly designed tail lamps; taking cues from its bigger Sonata sibling, this resembles a, well, pair of eyes looking down on you especially at night... 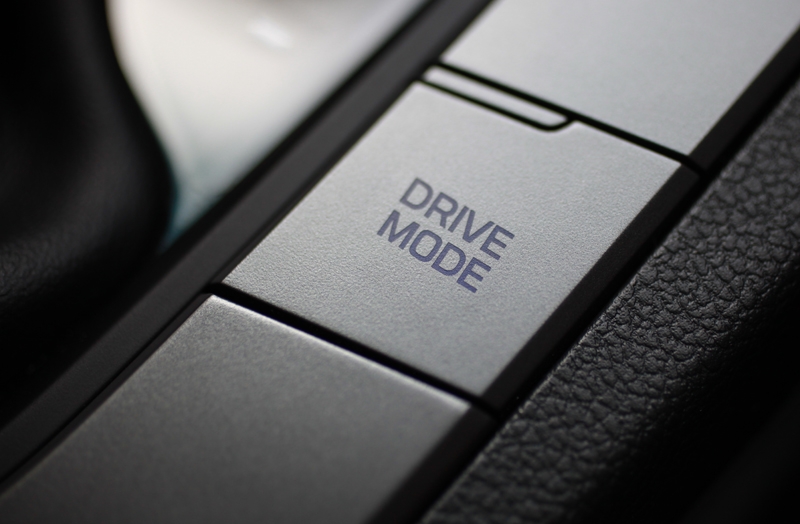 That aside, equally important here is the new standard equipment list that comes with the car. Besides the ‘Drive Mode’ that allows you to pick different weights for the steering (e.g. light, medium, heavy) and gear shifts’ pattern (e.g. relax, normal, sporty), there’s also a blind spot monitor, with heater and cooler for the driver and front passenger seats. Driver gets an electric seat with two-memory setting, which should be useful for families with more than one main driver. 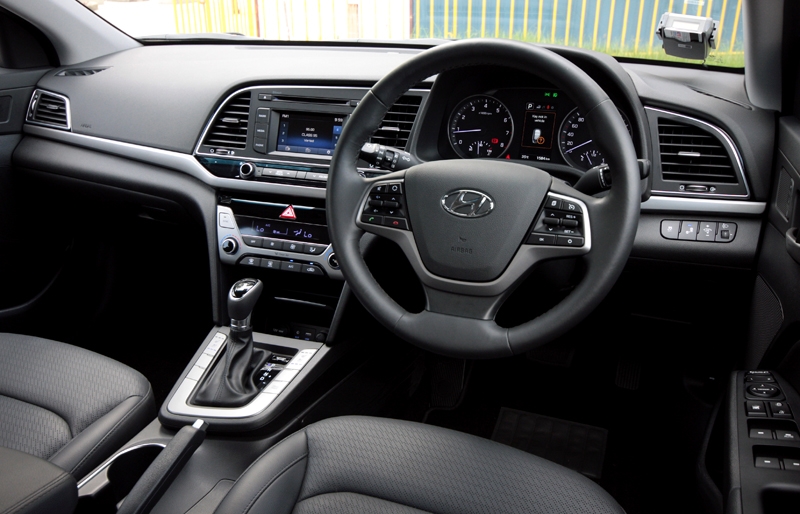 Our test car came with a fully leathered interior — seats, door panels and even steering wheel — giving it a premium touch; equally deserving of praise is the overall build quality that puts it relatively close to the Germans. Oh yes, rear passengers get their own air-con vents too - once reserved for premium models, it’s nice to see such item a fixture in the Elantra. 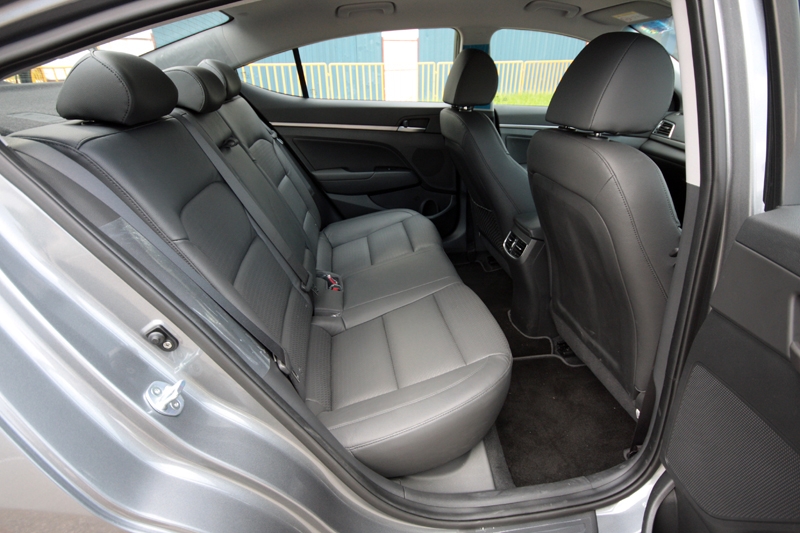 And since we’re at the topic, the nicely sculpted rear seat has no problem seating three adults, with some shoulder room to spare still. Rear leg and head rooms do not come at a premium though, and if you’re the sort who ferries passengers regularly, the Elantra will do the job very well. But just make sure you don’t get anyone above 1.8-metres tall seating back there though as the sloping roof get in the way. Bah… A little compromise for the sake of style. 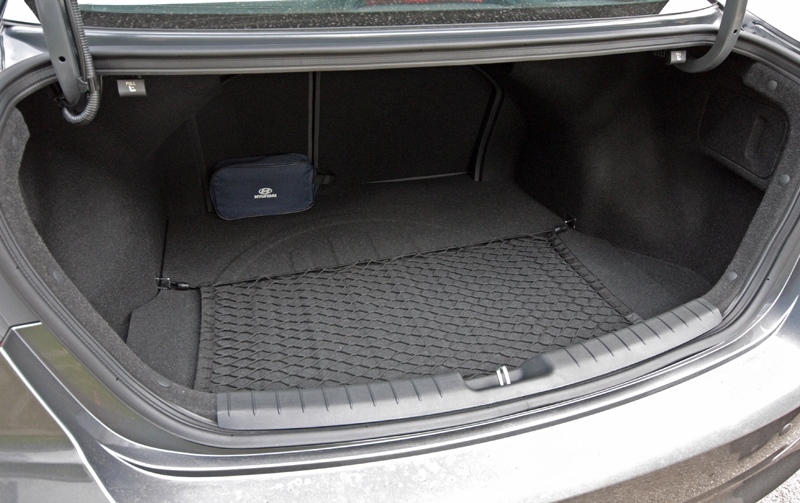 At 420-litres, boot space however is not exactly the best in class; the competing Corolla Altis offers 470-litres. 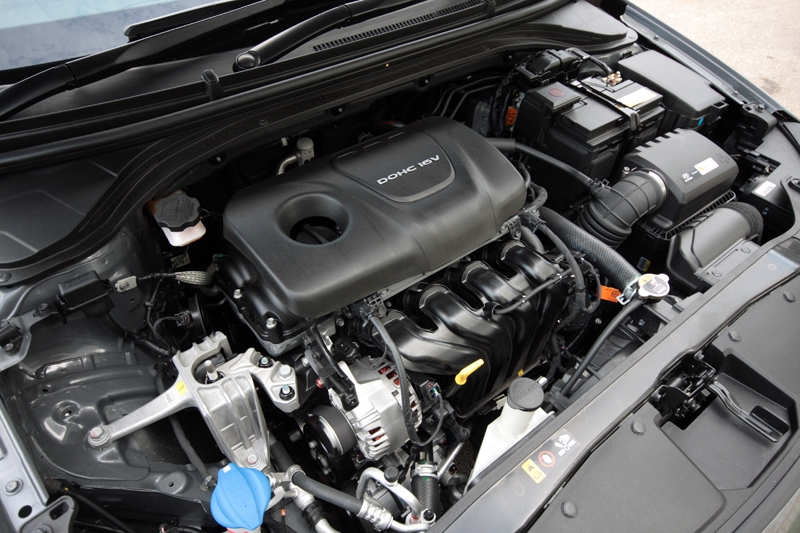 On paper, the Elantra produces 126 bhp and 155 Nm of torque, which does a decent job of hauling this 1,340 kg sedan around town. Granted it won’t be as brisk as the Jetta, but it moves off traffic light junctions with gusto; at the same time, the transmission shifts up rather smoothly with shift shocks kept to a minimal. Any smoother and it may be mistaken for a CVT unit. 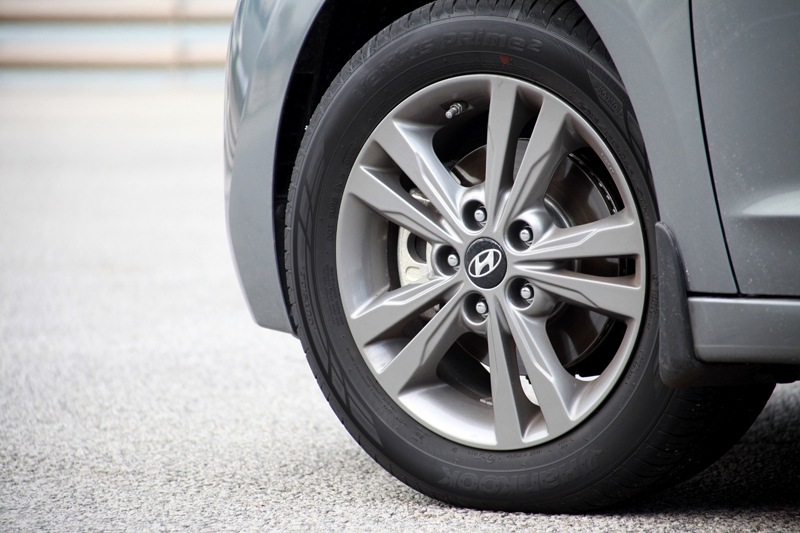 Overall noise, vibration and harshness (NVH) level also saw an improvement over its predecessor. Noticeably when driven along the expressway, tyre, wind and engine noises were barely audible. Then on particularly rough roads, any sort of squeaks was noticeably absent. 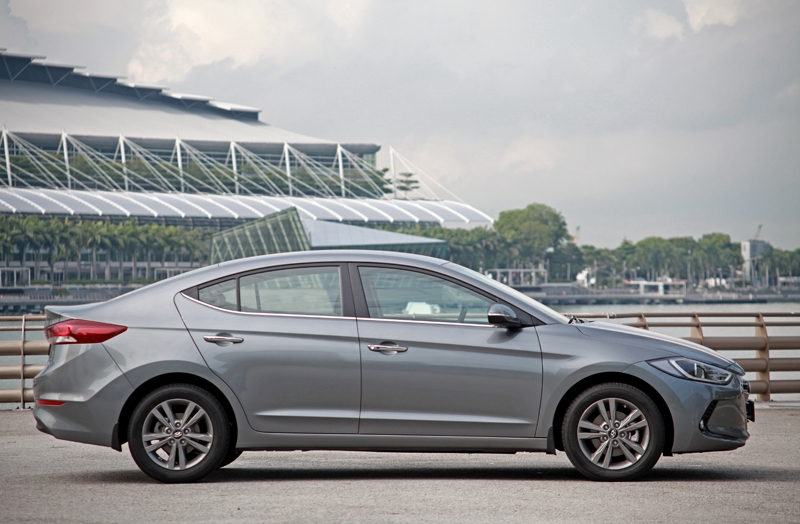 The Elantra favours comfort over dynamic prowess, but nevertheless, it has reasonable poise. Chuck it hard into a corner, turn into that bend slightly faster, you name it; there is no problem keeping up with an enthusiastic driver’s input. Its steering feels taut and responsive, while the suspension and chassis delivers minimal body roll. At the same time, understeer is safely kept at bay, courtesy of the standard traction control. 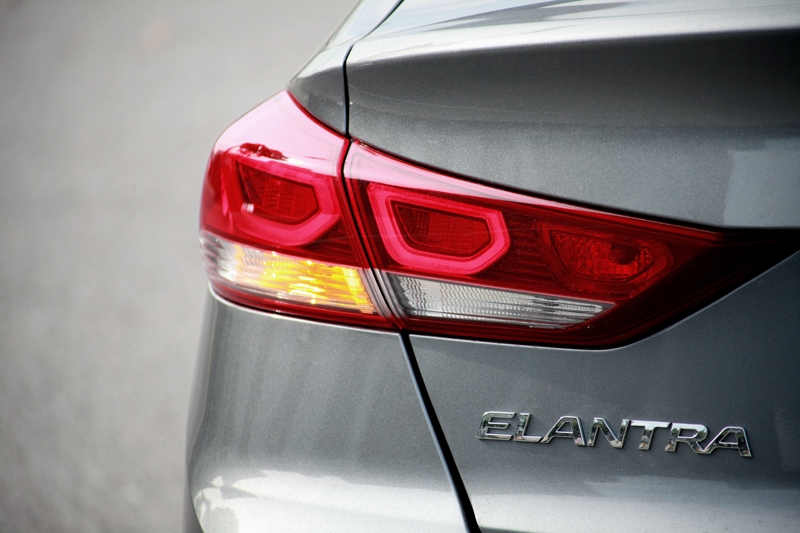 As a whole the updated Hyundai Elantra makes a strong case for itself, being a well-equipped family sedan that has decent performance that won’t keep you at the back of the race, along with trusty handling. 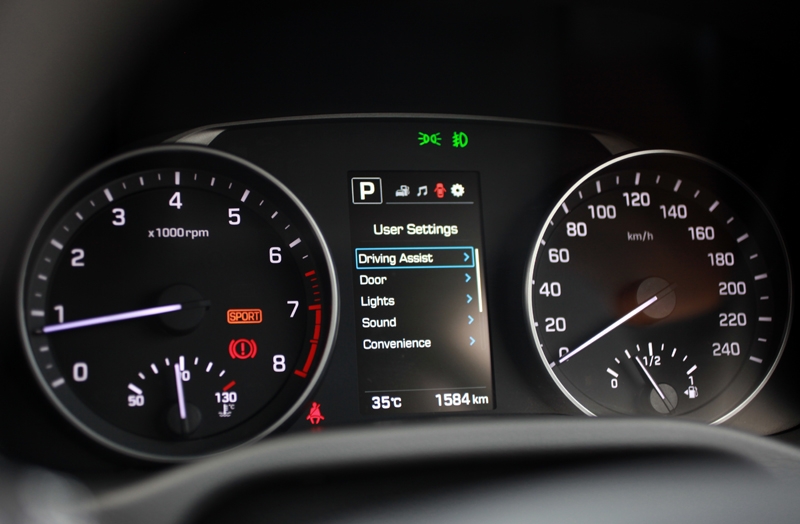 The biggest challenge here, however, is to convince buyers to look away from the all-new $110k Honda Civic that was launched very recently. 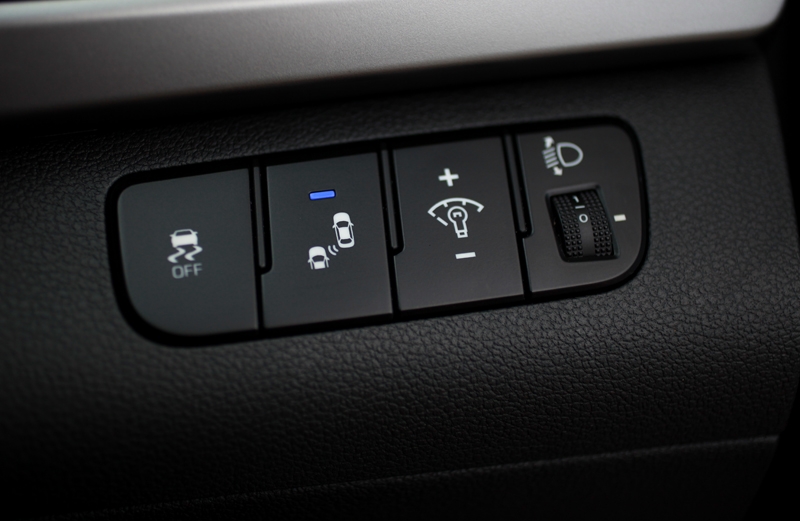 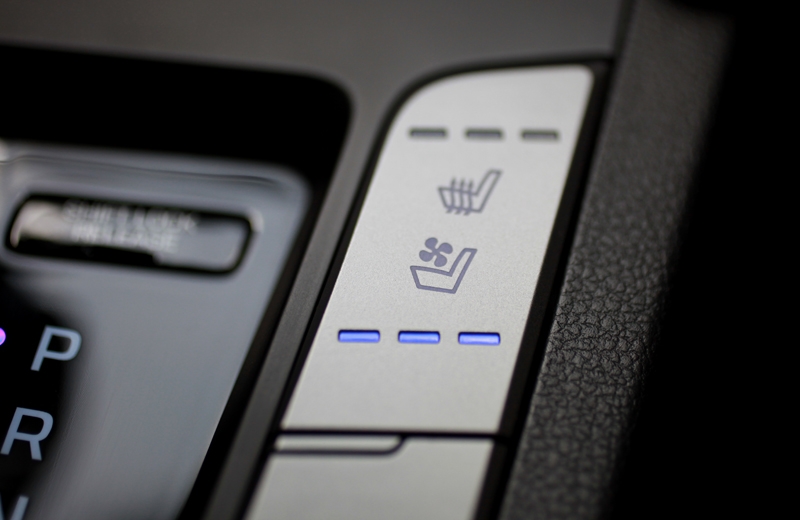 You can keep your bum either cool or warm 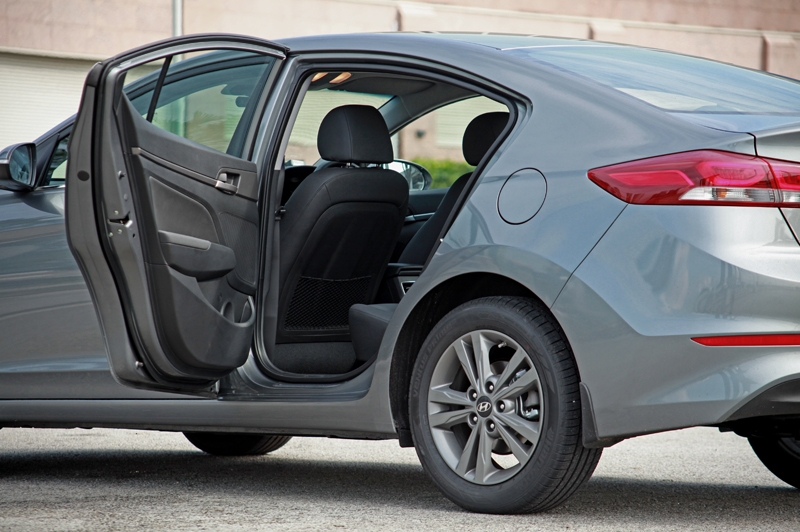 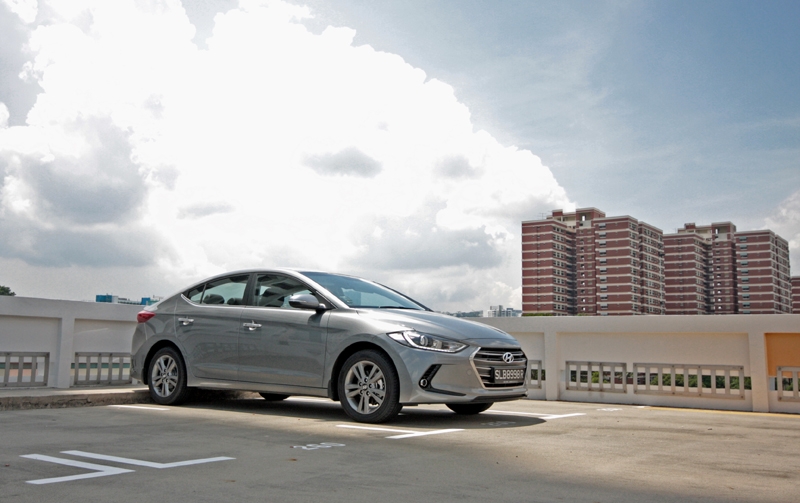