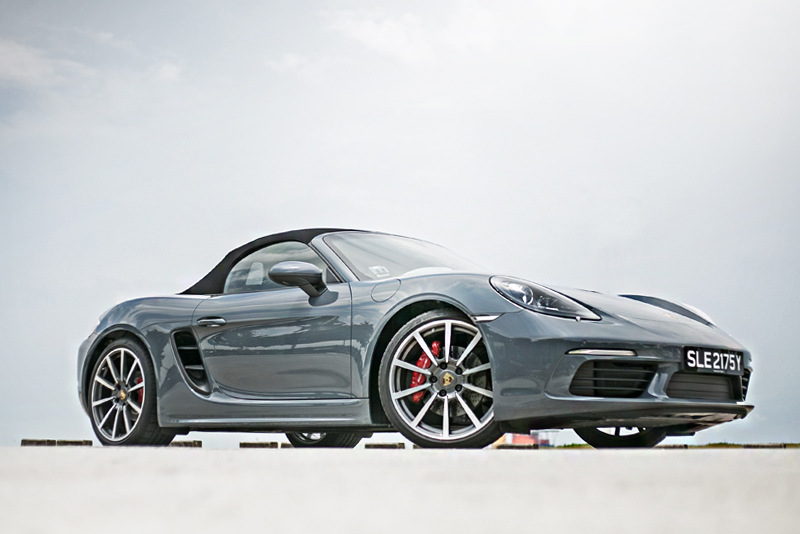 Faster than ever and still brilliant to drive. But has the new Boxster compromised? We tell you

Bearing the ‘718’ nameplate of the successful original 1957 race car, the new Boxster is now known as the 718 Boxster. Besides being roadsters, the two cars also use flat-four engines. Other than that though, the differences couldn’t be further apart. The original 718 was a curvaceous open-cockpit race car, while the latest one is a thoroughly modern convertible with new tech that will likely draw a younger crowd oblivious to its heritage.

This isn’t the first time Porsche is digging into its classic catalogue of model names. The 2008 Boxster had a special edition model dubbed the RS 60 Spyder - which was based on a 718 RS 60 Spyder that competed in the 1960 12 Hours of Sebring. 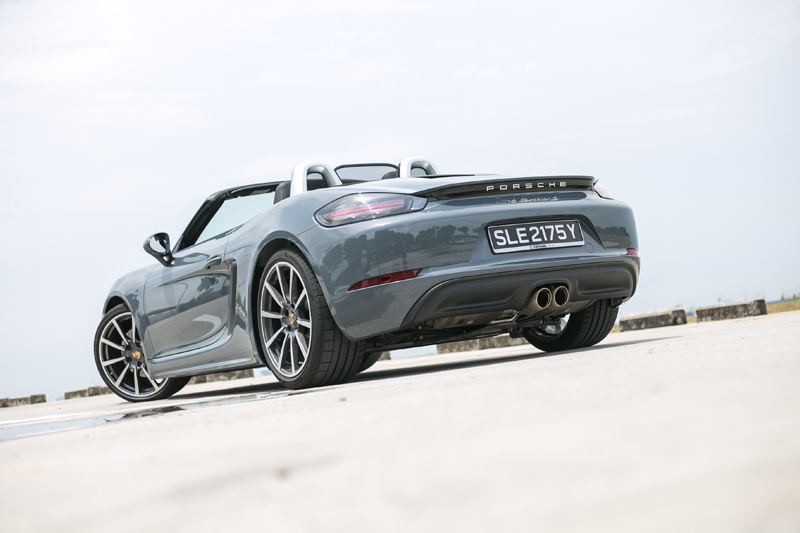 So the naming bit might be a slight marketing effort, but where the fluff ends, the real stuff begins. Because the new Boxster is a really nice car to drive. Balanced, fast and very well put together, the new car is quite an engineering masterpiece by the German automaker. 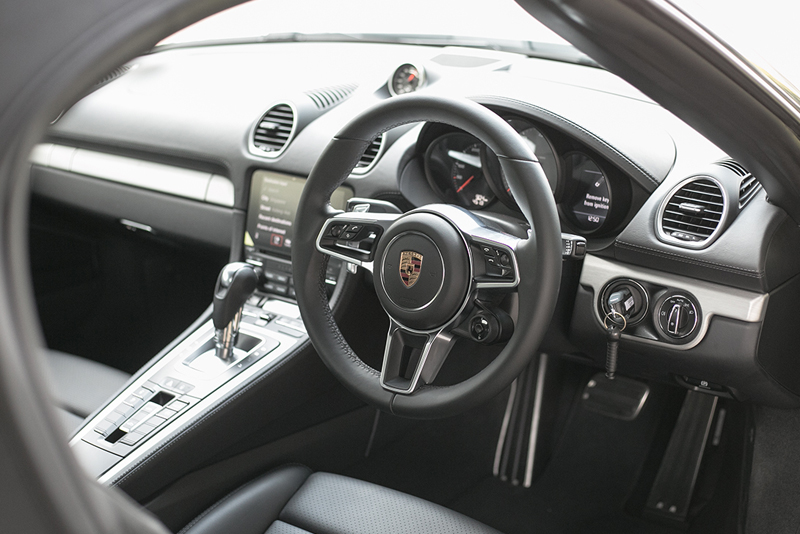 Two cylinders down from the previous model’s flat-six, the new Boxster is now turbocharged and boasts higher power and torque. The base 718 Boxster gets a 2-litre engine with 300 bhp and 350 Nm of torque, while the S variant we’re driving today sports a 2.5-litre unit with 350 bhp and 420 Nm of torque at a mid range peak of 4,500 rpm. 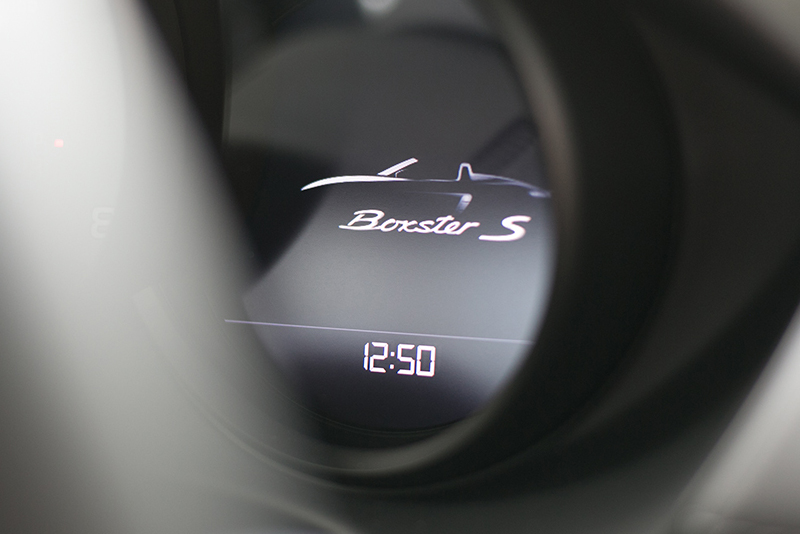 While the signature normally-aspirated power-plants are no more, Porsche has incorporated some clever tech to help the four-cylinder engines feel like the free-revving character of the old six-cylinder engines. There’s Dynamic Boost, which allows the driver to get the same instant response from the throttle for up to two seconds after going off the accelerator. This is done by keeping the throttle open for that two seconds instead of shutting it off completely on lift off. 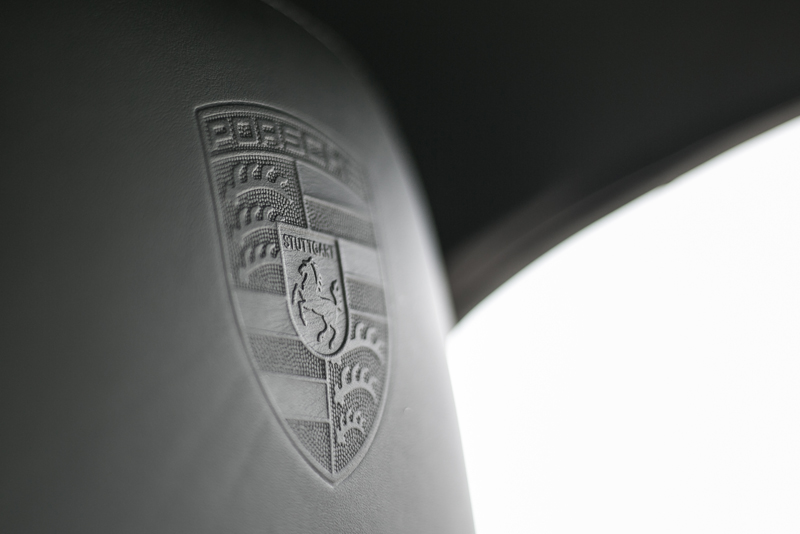 The S also uses twin-scroll technology, giving the turbocharger the response of a smaller turbo at low engine speeds with the power of a bigger turbo at higher engine speeds. 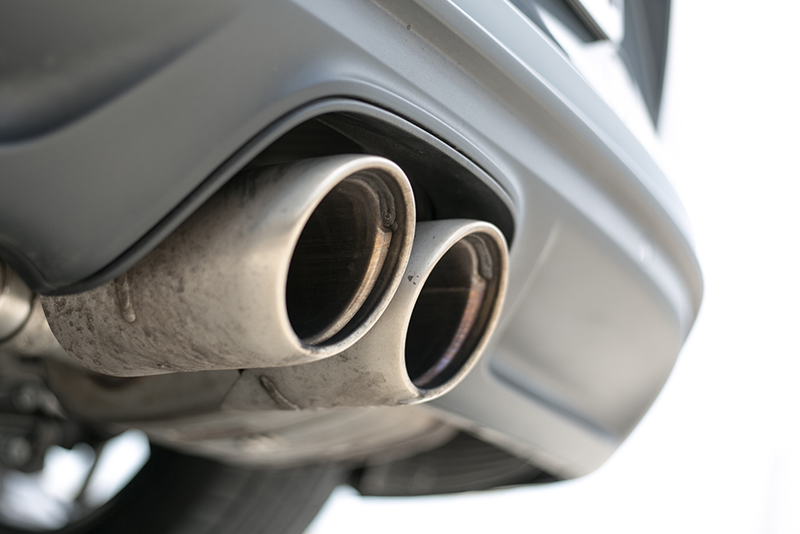 The main chassis structure has been carried over from the previous model with strengthening and improvements made. The interior has been slightly enhanced to give it an updated look, but it’s pretty much the same 981 generation interior in here. The new steering wheel has the driver profile mode rotary switch fixed to the bottom right corner. It allows you to choose between Normal, Sport, Sport Plus and Individual drive modes - and has a Sports Response button like the new 991.2 we tested recently. 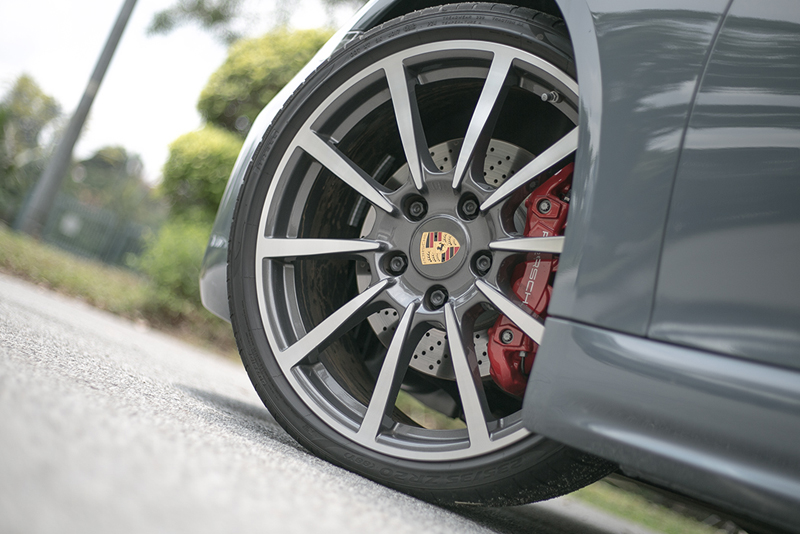 Our car was fitted with sexy 20-inch wheels and 235/35 Pirelli P Zero rubbers, which rode rather well in normal suspension mode. I can’t say the same when the sports suspension setting is selected though. Maybe it’s a sign of age, but I’m really disliking the stiff ride that comes from harder damping nowadays. I’m almost willing to live with the body roll in the tight corners just so that I don’t have to feel the jarring bumps. Almost. 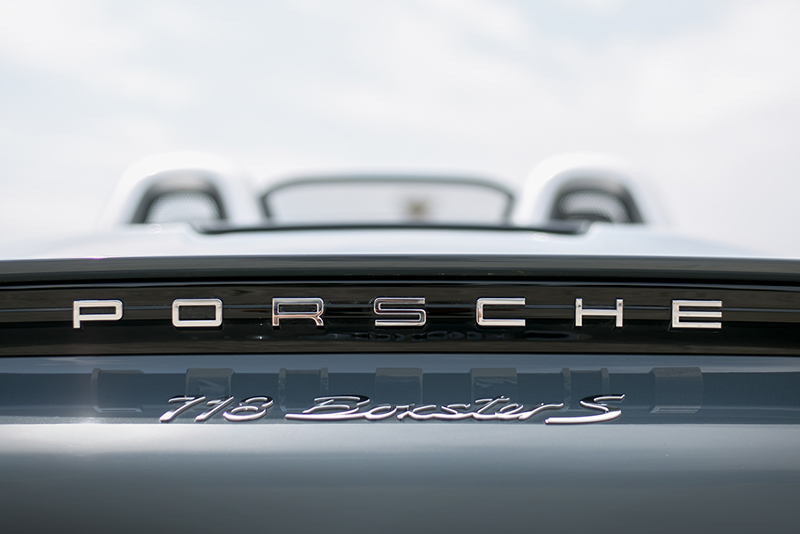 In the end, I’m still very much a 'corner' junkie. Give me a series of challenging twisty roads anytime and I’ll devour them like no tomorrow. So yes, there are moments when the flat composure of the Boxster really makes me smile, no matter how bumpy the ride gets. In true mid-engine nature, the well-balance Boxster pivots through bends and tight chicanes (there are some really nice and quiet public ‘chicanes’ if you know where to find them) with so much ease and accuracy. All it takes is gentle steering inputs and a well-judged right foot on the gas pedal - and the car will dance! 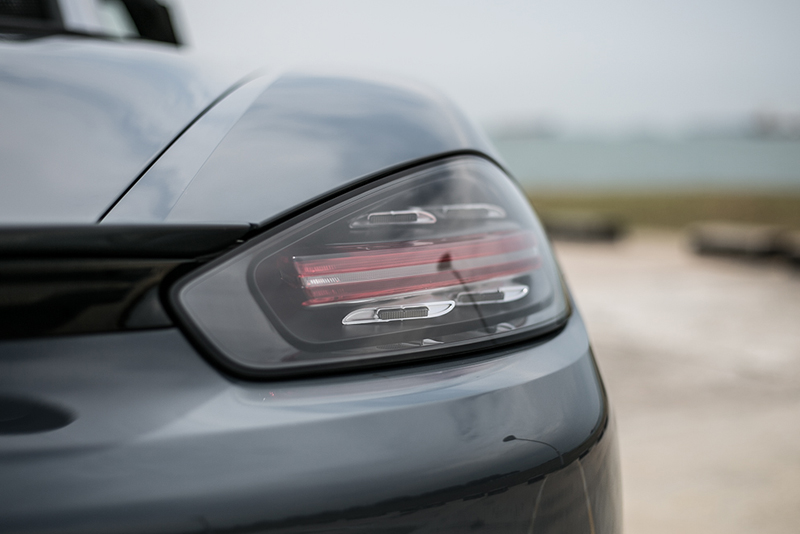 My only gripe in the handling aspect is the lack of steering feel. I ‘babysat’ a 2008 Boxster S for a few months a couple of years ago, and that car was seriously rich in feel. In fact, in my opinion, there’s no modern car that could top the 987 Boxster in steering feel. Nicely weighted, precise and fiercely direct as you pilot the car on any road, the older Boxster felt good even when you were going slow. The new car just lacks this magic. 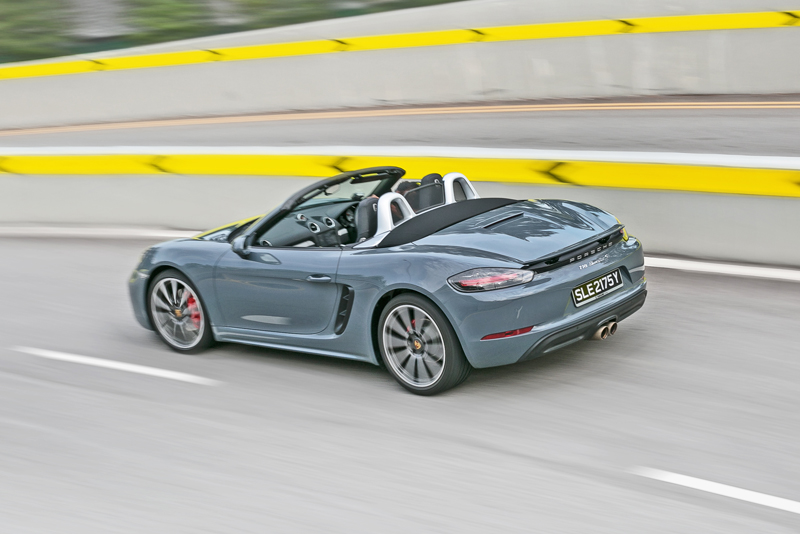 It is however, really quick. Sure, speed and power isn’t everything - and to some extent, it’s even a bit boring to shout about. But when you really want some juice to get you going (and we call need that from time to time), the new Boxster delivers it in tsunamis. 0-100 km/h comes in a supercar-like 4.2 seconds. Maximum speed on roads that allow will see the Boxster S hit 285 km/h. The quick-shifting 7-speed PDK adds to the experience and is both smooth and aggressive when it needs to be. The sports exhaust fitted also lends to the sense of speed when it crackles and pops, compensating for the lack of an engine soundtrack. 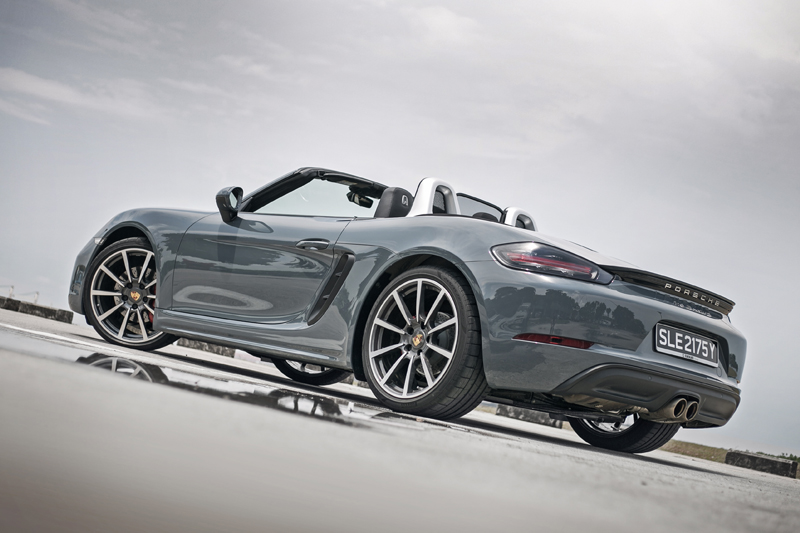 I spent two days with the car. On the way back to Porsche, I asked myself if I would buy the new Boxster S. After some thought, I came up with ‘no’ for an answer. It simply didn’t tick every box that was important for me. The new car is impressive in many ways. It’s fast, well-built, handsome and a surprisingly great all-rounder for a sports car. But the magic has been compromised. It has lost the charm and the character of the older Boxsters in exchange for efficiency - which is not a bad thing. It’s just not MY thing.