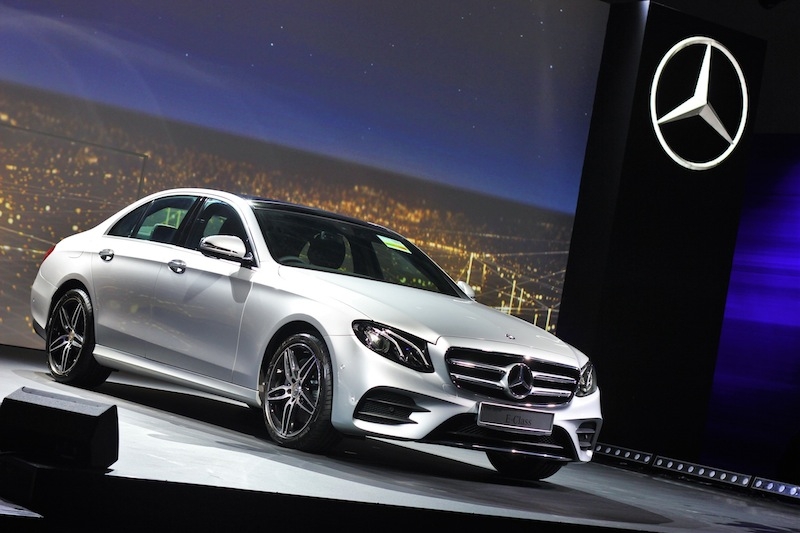 For over half a century, Mercedes’ mid-sized model could be summed up with two words: Engineering Excellence. In 2016, the all-new W213 E-Class adds Intelligence into the mix too.

Over its ten generation-long lifespan, the Mercedes E-Class has earned itself a reputation for durability, safety, luxury and quality, which has made it the bread-and-butter model in Mercedes’ entire lineup, and the best selling vehicle ever to wear the three-pointed star. With advances in connectivity and interior design, and a whole host of autonomous safety and driver assistance features, Mercedes claims the new E-Class is a ”big step into the future” for the company.

Styling-wise, the E-class ditches the quad-headlamp look it’s sported for the last two decades, and instead now looks like a carbon copy of the current C- and S-Classes. Overall length and wheelbase have grown by 43mm and 65mm respectively for added legroom, while the front track is now 20mm wider for slightly keener handling. Three trim levels are available — Exclusive (with the traditional Mercedes radiator grille with the upright star on the bonnet), Avantgarde, and AMG Line (both of which have a sports grille with integrated Mercedes star). 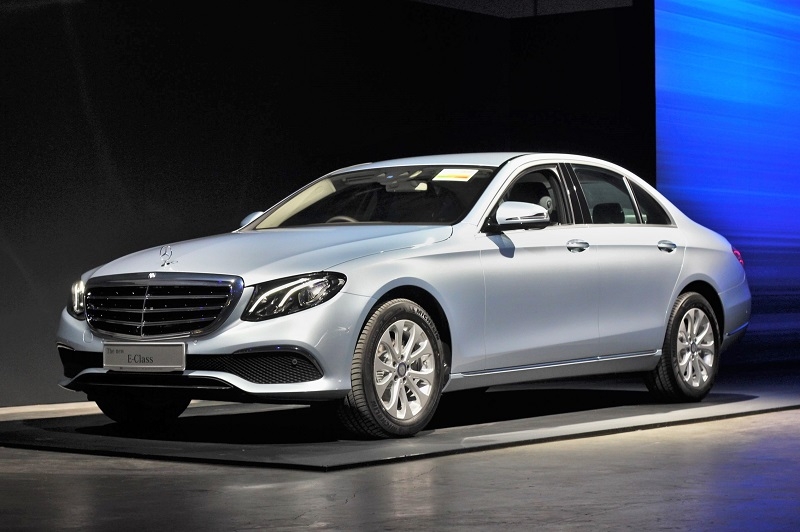 Just like the exterior, the cockpit of the E-Class now also resembles that of the S-Class. The most striking feature is the ambient lighting that runs all across the interior, which bathes the cabin in a warm glow of one of 64 different colours. In a first for any car, the steering wheel also features touch-sensitive controls that respond precisely to swiping movements just like a smartphone, thus allowing the driver to control the entire infotainment system without ever taking their hands off the wheel. 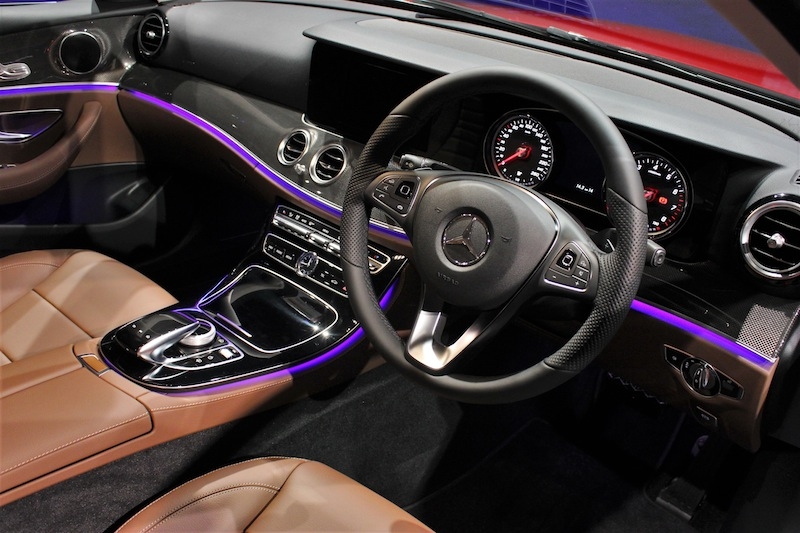 Available as an optional extra, another eye-catching feature is a ”widescreen cockpit”, which consists of two high-definition 12.3-inch displays side by side — one for the instrument cluster and one for the navigation and infotainment functions. Furthermore, as part of even greater connectivity demanded by customers, smartphones can be integrated with the car like never before. The new E-Class allows phones to be charged wirelessly via an inductive charger inside the centre console, and can connect to the multimedia system via Near Field Communication (NFC), as well as make use of the Apple CarPlay and Android Auto systems. 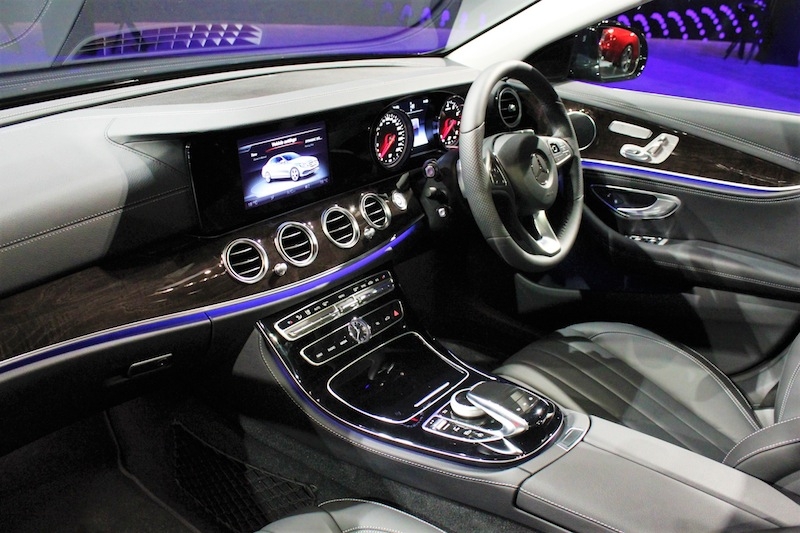 The most impressive features that can be found on the new E-Class though are the suite of driver assistance systems, which give a clear sign that we are fast approaching the age of fully autonomous driving. 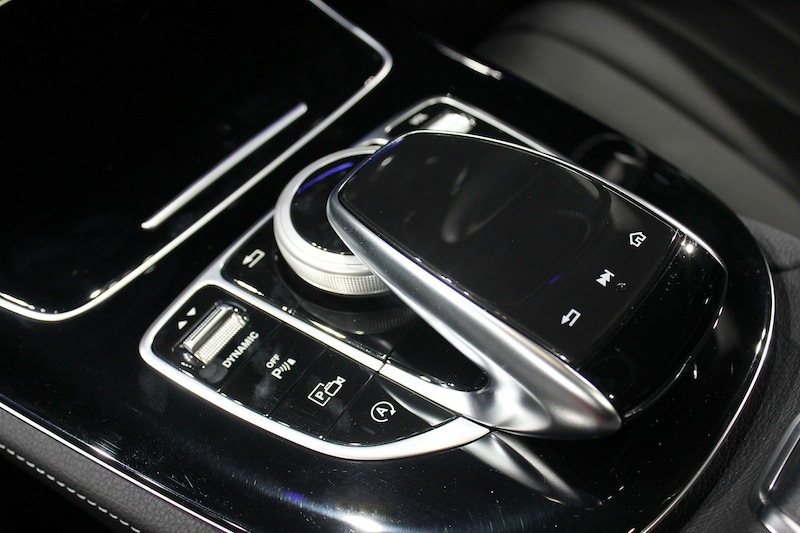 Fitted as standard to local cars is Active Brake Assist, which can warn the driver of impending collisions with cars or pedestrians, and automatically apply the brakes if necessary. It can even detect stationary vehicles at the tail end of a traffic jam and apply the brakes much sooner than normal, which means multi-vehicle pileups on the PIE should hopefully be a thing of the past. The system is so good that Mercedes claims it is possible to completely avoid accidents at speeds up to 100km/h. This is complemented by Evasive Steering Assist, which can add precisely calculated torque to the steering to help prevent the car from fishtailing should a driver have to suddenly swerve to avoid a pedestrian or obstacle. 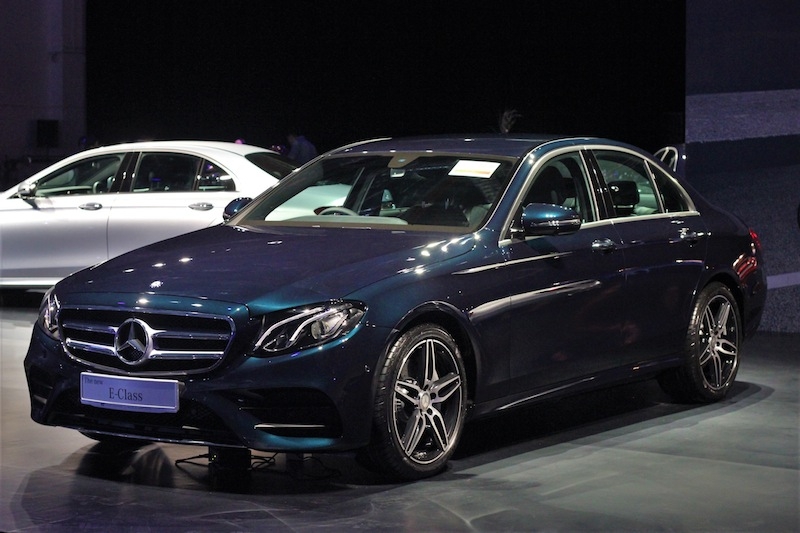 Additionally, a new suite of functions called DRIVE PILOT is also available as an option, and incorporates systems like Distance Pilot DISTRONIC and Active Emergency Stop Assist. The former allows the car to maintain a safe distance from the vehicle in front as well as match its speed automatically without any throttle or brake input from the driver, while the latter can detect if the driver is no longer in control of the car (no steering or pedal movement for a period of time), and safely bring the car to a stop. 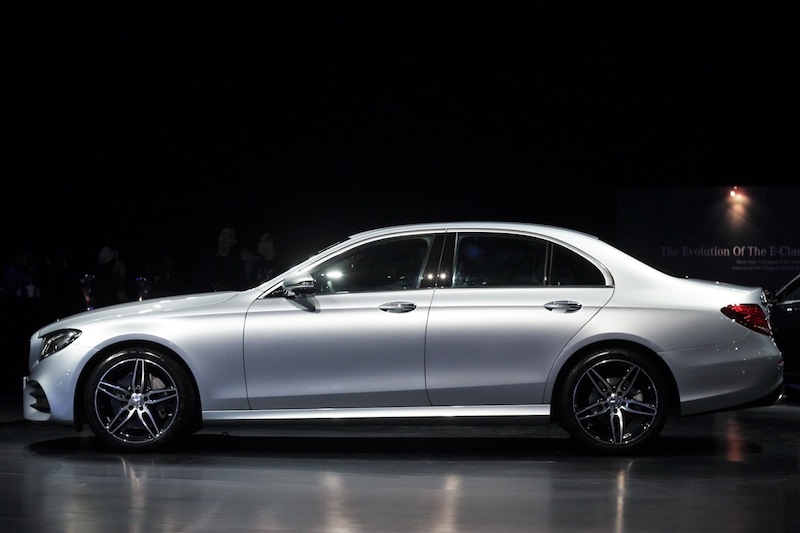 Finally, in addition to the existing PRE-SAFE system, which tenses the seatbelts in case of a crash, there is also a new PRE-SAFE Impulse Side system, which aims to reduce injuries from side impacts by inflating side bolsters in the seat just before a collision, thus increasing the distance between the occupant and the door and providing slightly more support during the impact. 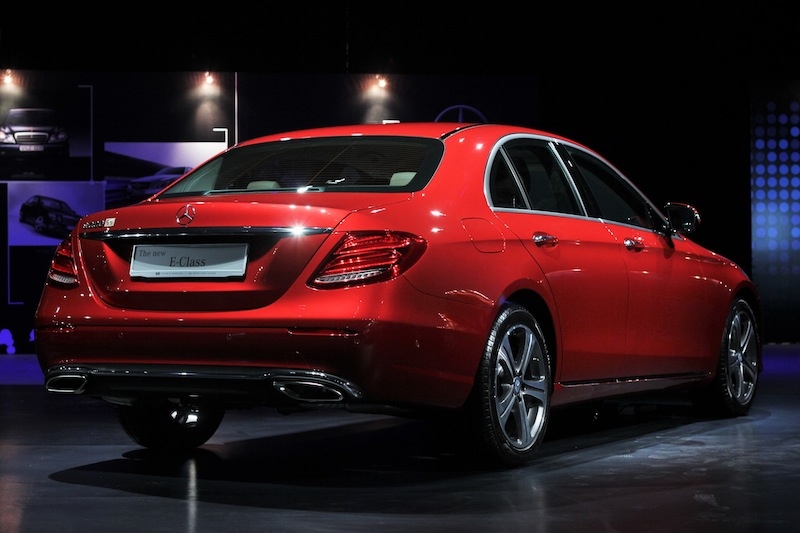 For now, only one engine variant is available in Singapore, the E200 model with a 184bhp turbocharged 2.0-litre, mated to the new 9G-TRONIC, the first nine-speed gearbox in the premium segment. As stated earlier, buyers can choose between Avantgarde, Exclusive, and AMG Line trim levels, which are priced at $264,888, $272,888, and $282,888 respectively. 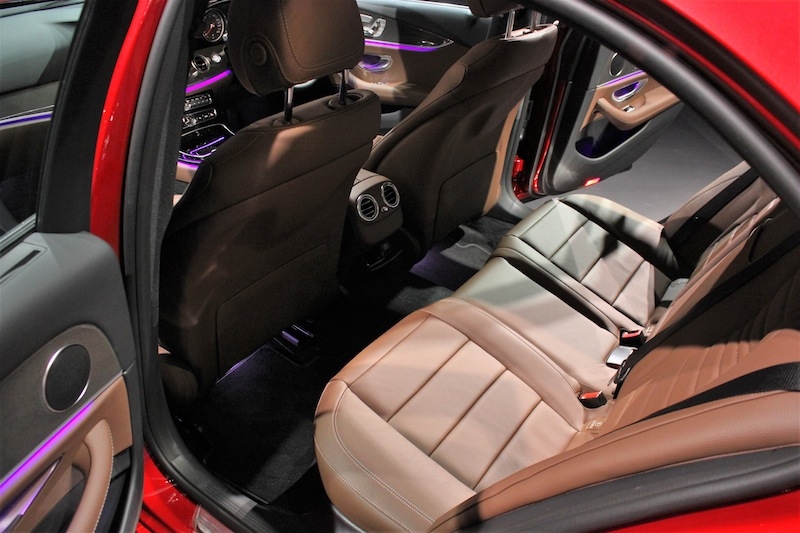 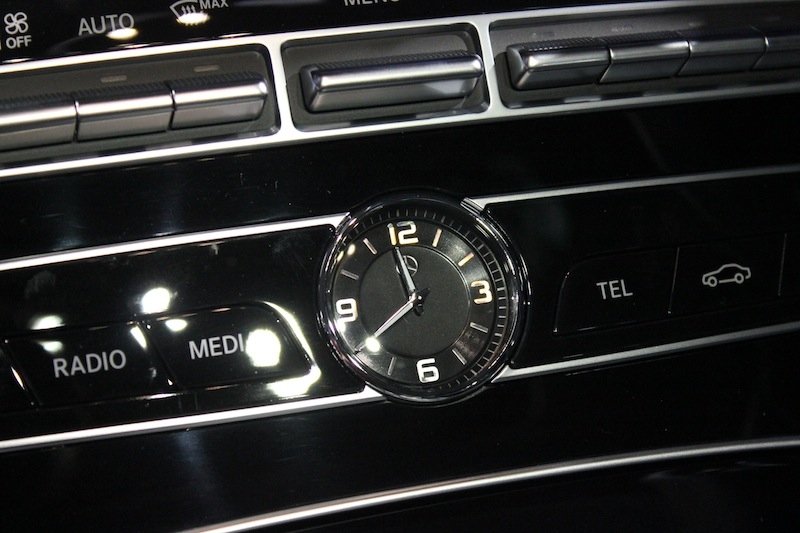 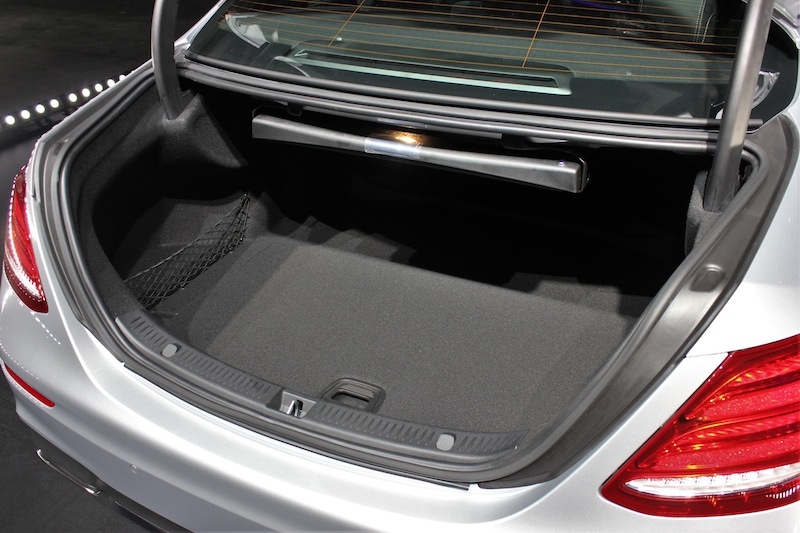 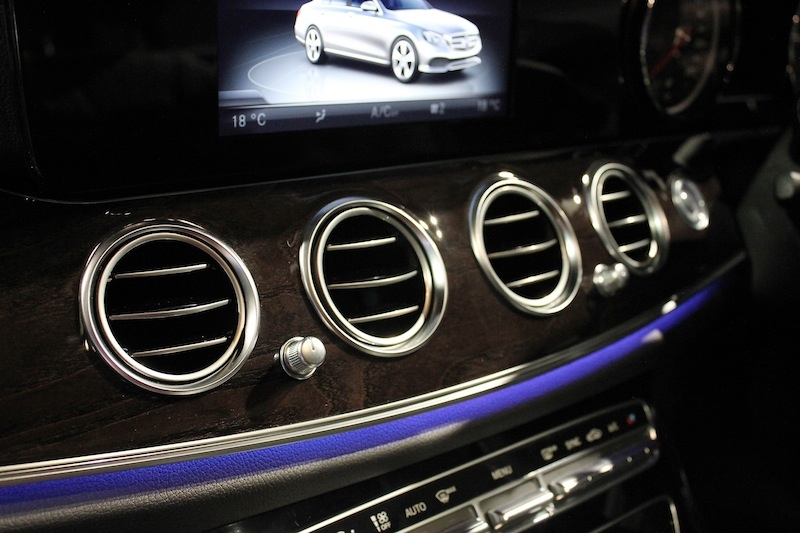 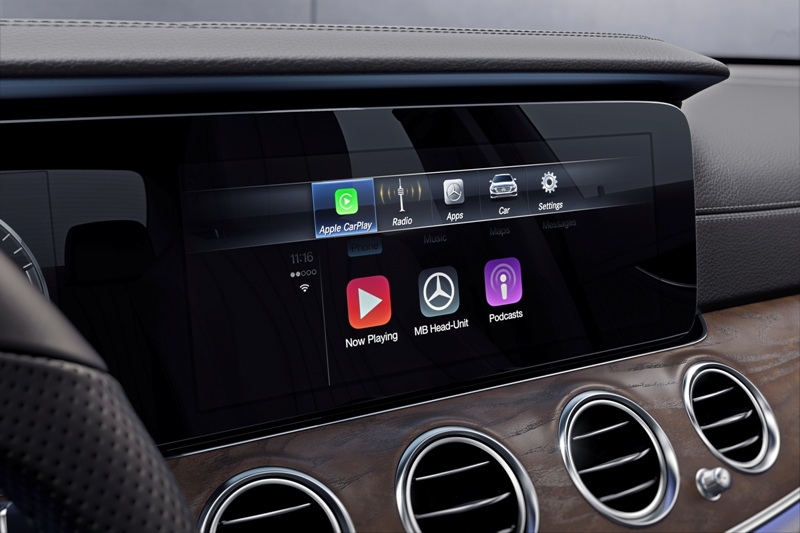