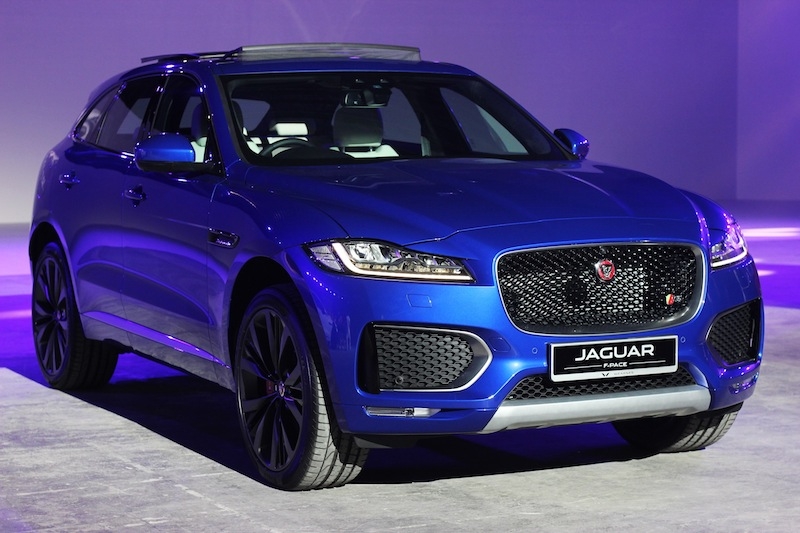 The F-Pace, Jaguar’s first-ever SUV, finally lands on local shores, and we got to sample it, together with the rest of the range, at the Jaguar Performance Tour.

About a decade ago, the XF sedan ushered in a new era for Jaguar with new tech and a stunningly contemporary design. But while the rest of the world cheered, Jaguar traditionalists in their tweed jackets and flat caps probably all spat out their tea and were crying blue murder when the car was announced: ”How dare they break with tradition and offer something so nouveau riche?” Well, these same geezers (if any are still around) had another rude shock when Jaguar announced the F-Pace.

Thing is though, seeing another sporty marque succumb to the unabated strength of the SUV craze is a bit of a shame. But as they say, money talks, and customers worldwide were reportedly demanding for such a car. The F-Pace is the result of that demand. 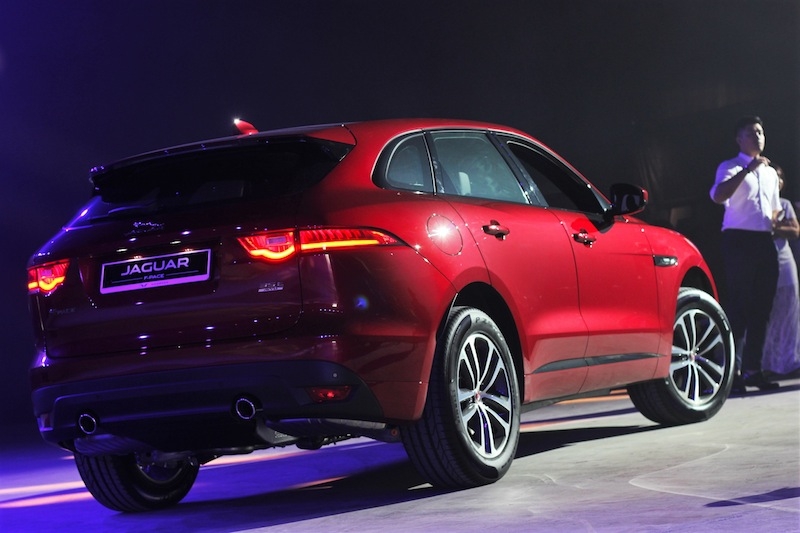 Available in Singapore in both 2.0L 4cyl diesel and supercharged V6 guises, the F-Pace aims to ”combine maximum driving exhilaration with space and everyday versatility”. Those engines are all familiar units; the 180hp diesel is the same as seen in the XE and XF, while the V6 comes straight from the F-type, in 340hp and 380hp flavours. All engines are mated to an 8-speed ZF automatic transmission with paddle shifters. 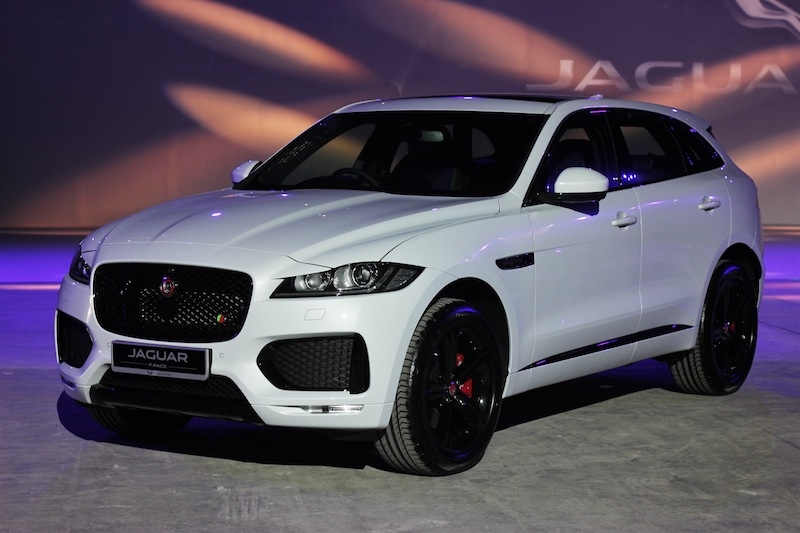 With Jaguar being one of the companies that pioneered the use of aluminium in cars, it’s no surprise that it features extensive amounts of the alloy in its construction — up to 80 percent more than competitors, the company claims. This helps it achieve an admirably low weight for its class: a relatively trim 1665kg in the lightest version. 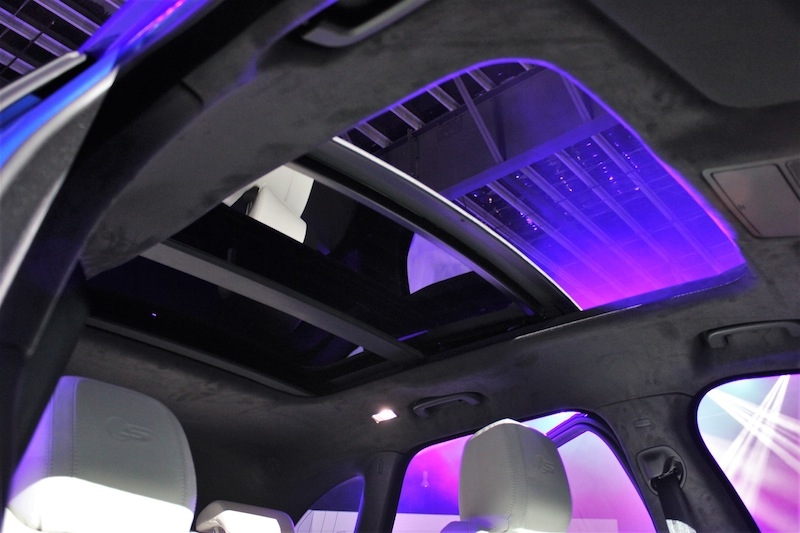 In addition to giving the F-Pace its litheness, the aluminium body also gives the car high torsional stiffness, enabling the F-type derived suspension to work more effectively. A variable-ratio electric power steering system and torque vectoring are on hand to enhance agility even further. 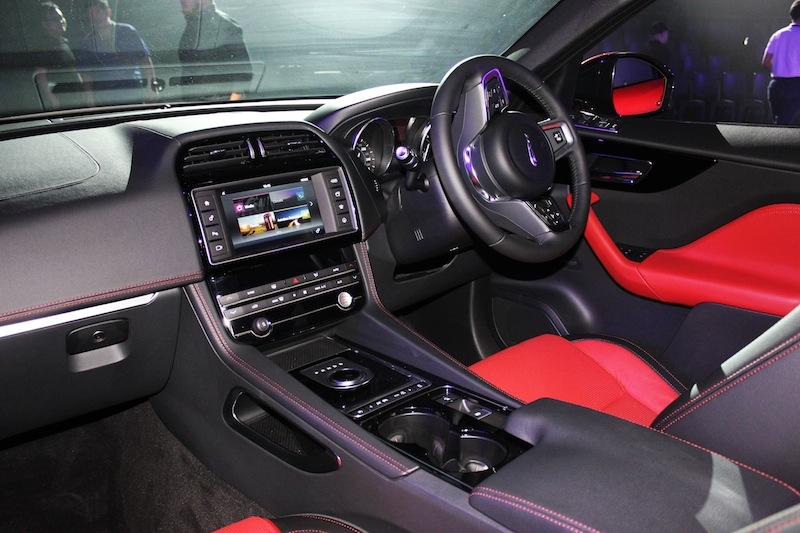 Inside the car, occupants certainly won’t be found wanting for comfort. At 2874mm, the F-Pace is claimed to have the longest wheelbase in class, while a 650L boot, a low, wide load space (wide enough for two full-size golf bags) and 40:20:40 split-folding seats ensure maximum versatility. The F-Pace also has the largest panoramic glass sunroof in the class, as well as an optional 10.2-inch touchscreen for the InControl Touch Pro infotainment system and 12.3-inch virtual instrument cluster. 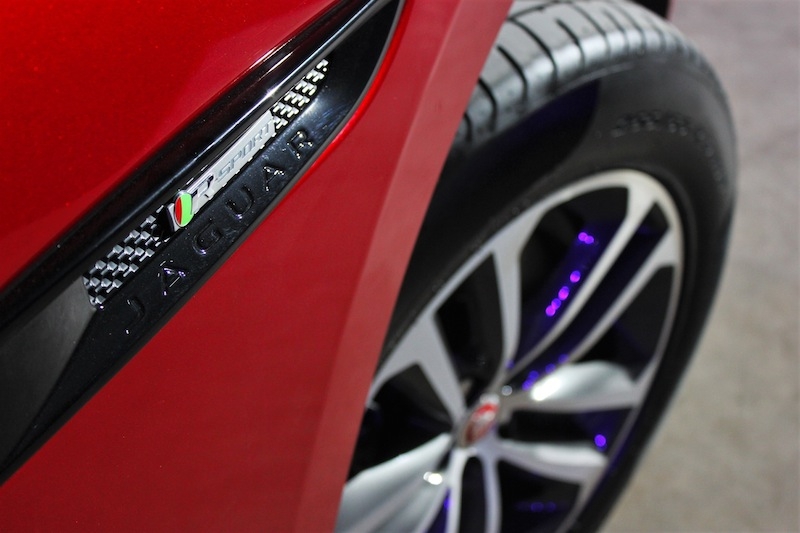 The launch for the F-Pace was held in conjuction with Jaguar’s Art of Performance Tour, a two and a half hour activity that would allow participants to sample the agility and performance of the full range of Jaguar cars. 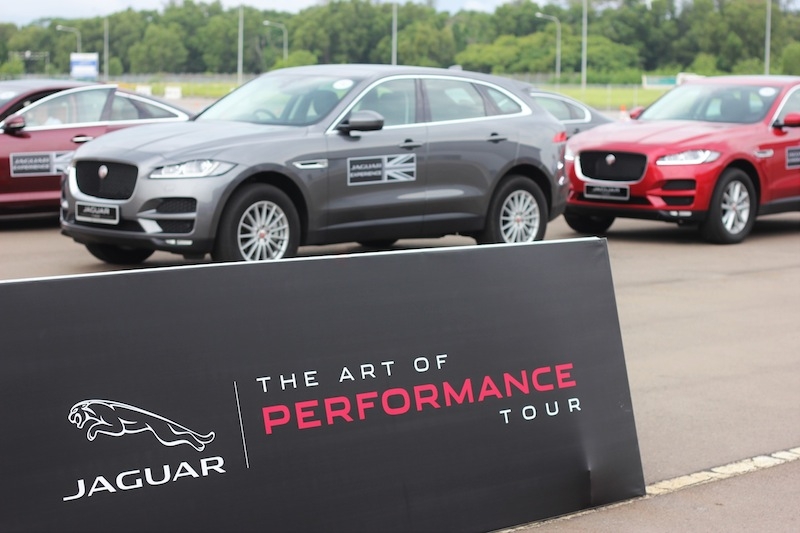 One of the main draws of the event was the Smart Cone Challenge, where drivers had to navigate a random course through a series of cone gates, wherein each checkpoint would only be revealed after passing through each gate. The Smart Cone technology was developed by Jaguar as a promotional tool to showcase the maneuverability of Jaguar cars, and uses incredibly precise sensors to score drivers based on elapsed time, accuracy through the gates, and distanced travelled. This station was a lot of fun, somewhat like a gymkhana challenge that you didn’t know the layout of, so trying to spot where the next checkpoint would be while at the same time mentally plotting the quickest route was certainly very challenging indeed. 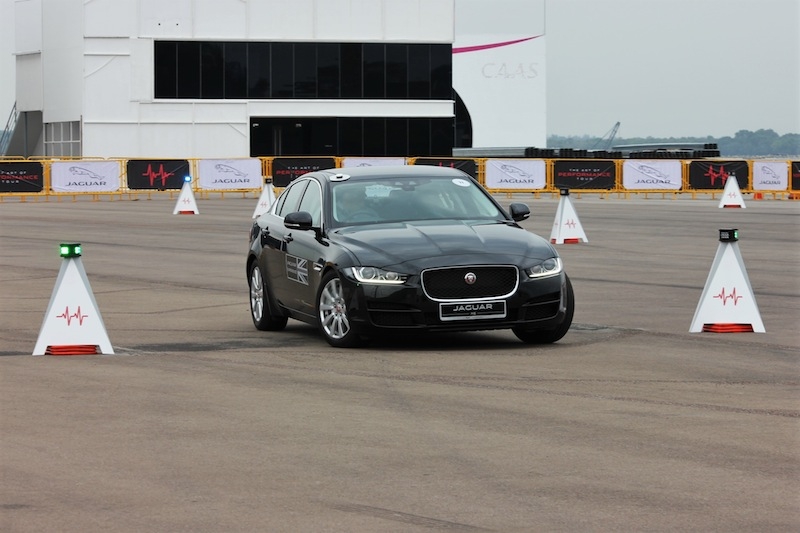 The other big highlight was a couple of laps around a little circuit marked out by cones. This is where we had a chance to get behind the F-Pace for a quick taster of what it was capable of, and all of us came away impressed by just how agile and adjustable the fattest cat could be. Turn-in was very responsive - almost on par with the much smaller XF- and the whole car could be easily rotated through each corner. Body roll was also readily kept in check, a surprise given how high SUVs typically ride. To say that this little sampler has left us hungry for more is a bit of an understatement, and we can’t wait to give you our full review of the car. Watch this space. 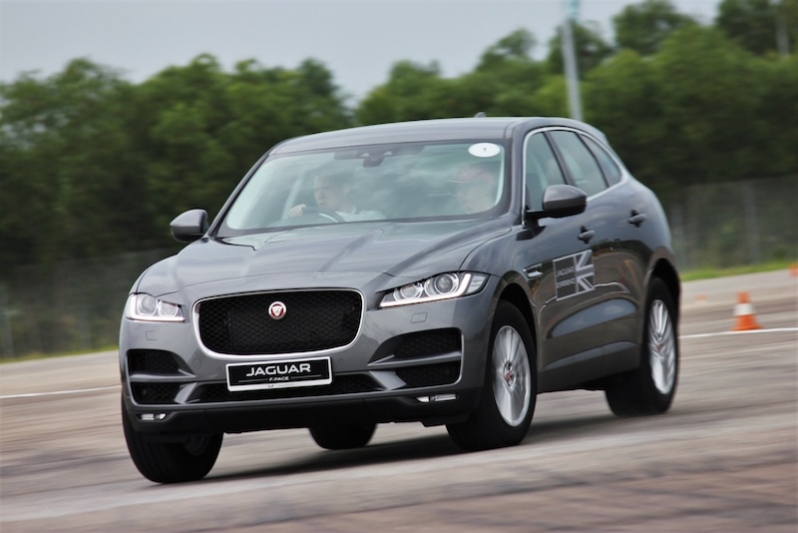 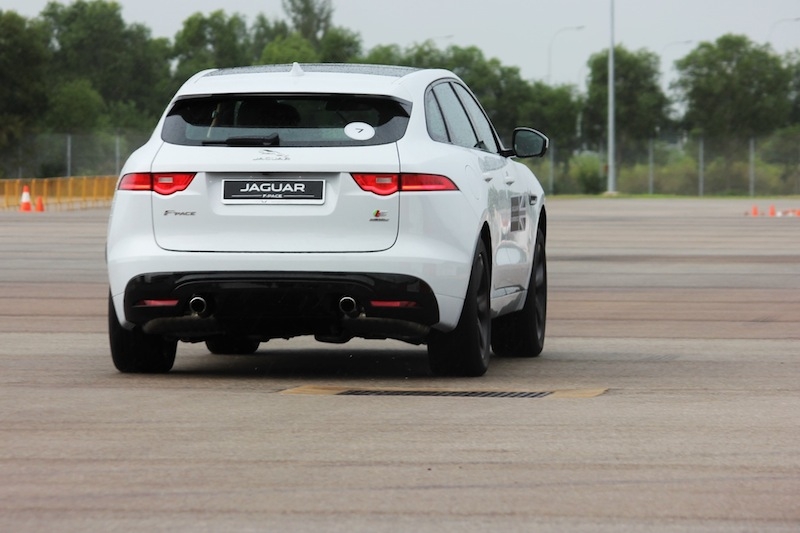 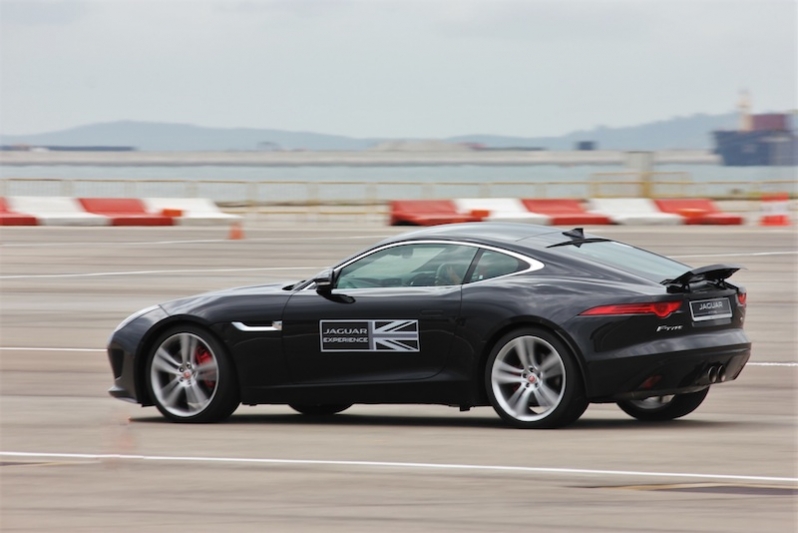 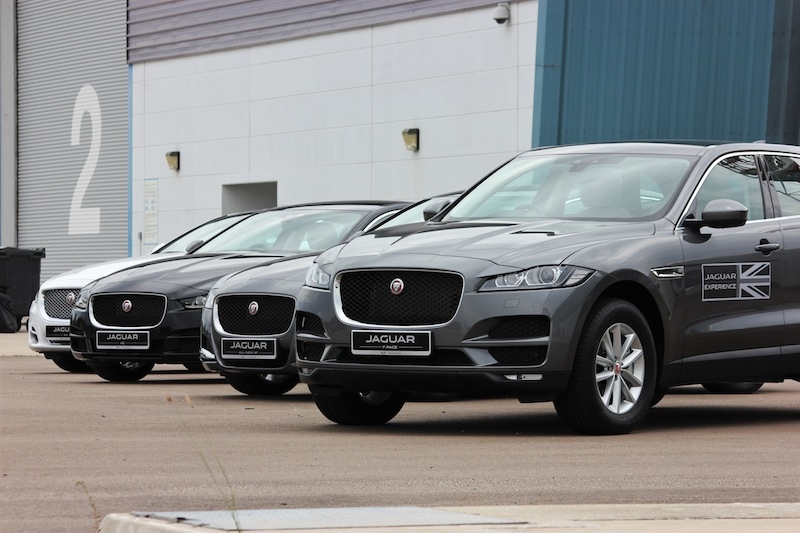 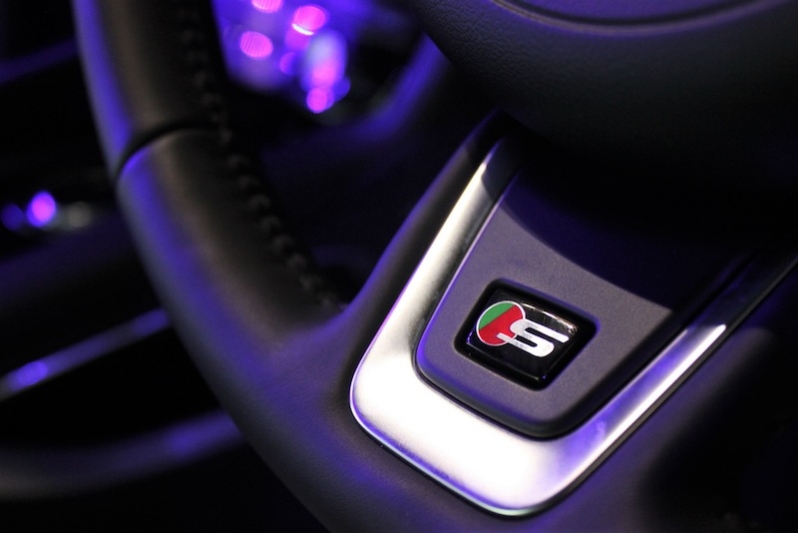 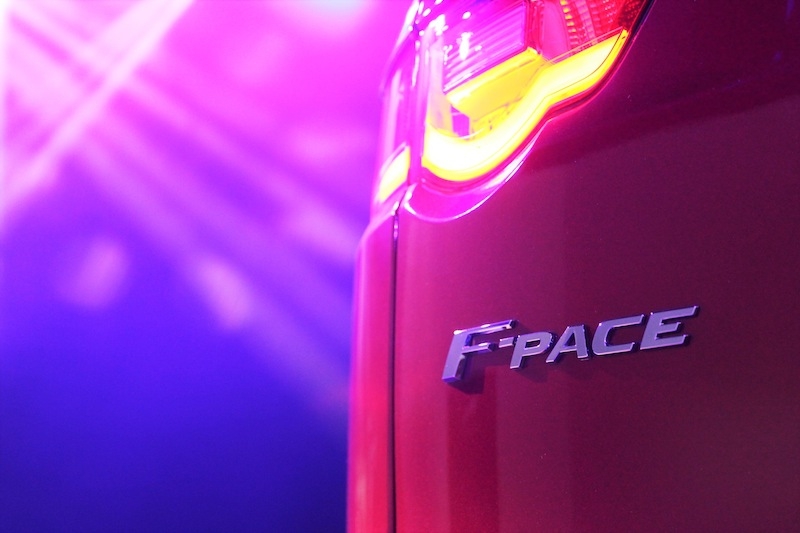 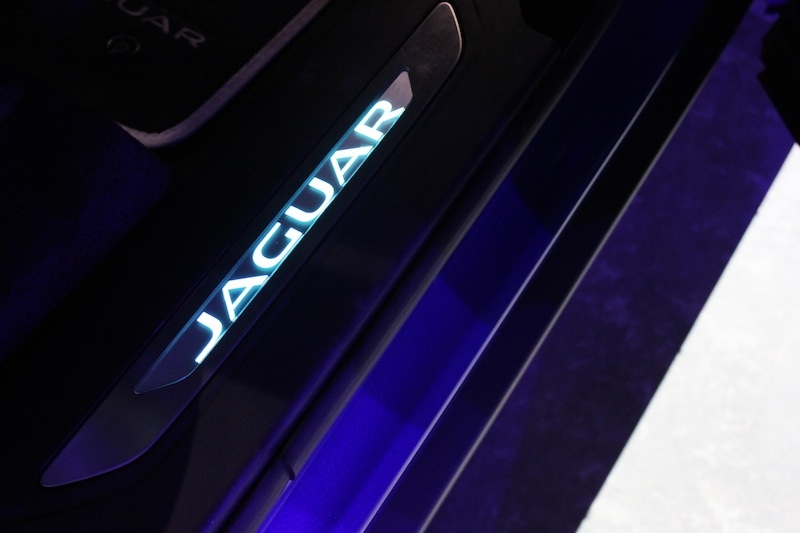