Living With The BMW i3

We’ve been reading all about it – electric cars. Of course, one thing we couldn’t get over most recently was news of the self-imported Tesla Model S which was slapped with a $15,000 surcharge rather than a rebate; this was on top of a 7-month waiting period the well-intended owner had to put up with just to get it approved for our roads.

It looks rather negative, our Land Transport Authority’s method of calculating an electric car’s CEVS (Carbon Emissions-Based Vehicle Scheme) based also on carbon emissions at the power station (for you to charge your electric car). So until this grey area between LTA and interested consumers remain unsorted and inconclusive, it will be a hard time still for a brand like Tesla to officially enter our market and make a mark. 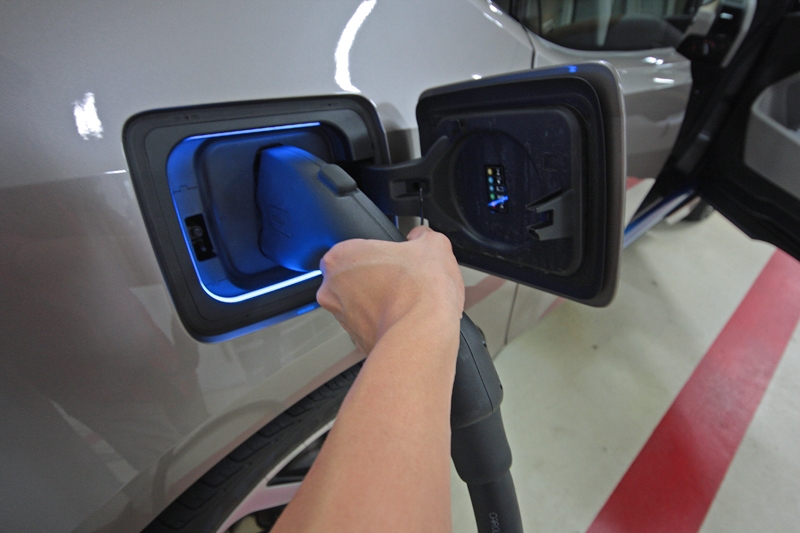 Anyway that aside, I got myself an i3 for an entire weekend — 48 hours to be precise, looking at how I picked the car up at 10:00 am on a Friday and to return it at 10:00 am the following Monday.
Well this isn’t my first time with an electric car. In the past, I was given the key to a Tesla Roadster for an entire 24 hours (fast, but still I wasn’t impressed by how inconvenient it is to charge that thing) and then a fling with a Renault Twizy within a controlled environment (our regulators couldn’t decide what to classify it as — it remained Burnpavement’s highly read article till today). These two cars, if careful consideration to prices along with clear-cut regulatory terms and then ready infrastructure were all present, could have been phenomenal hits. And our country would be a fine example to the rest of the world as we have the right model to be followed by any other city that are trying to clean up their act (pun intended). 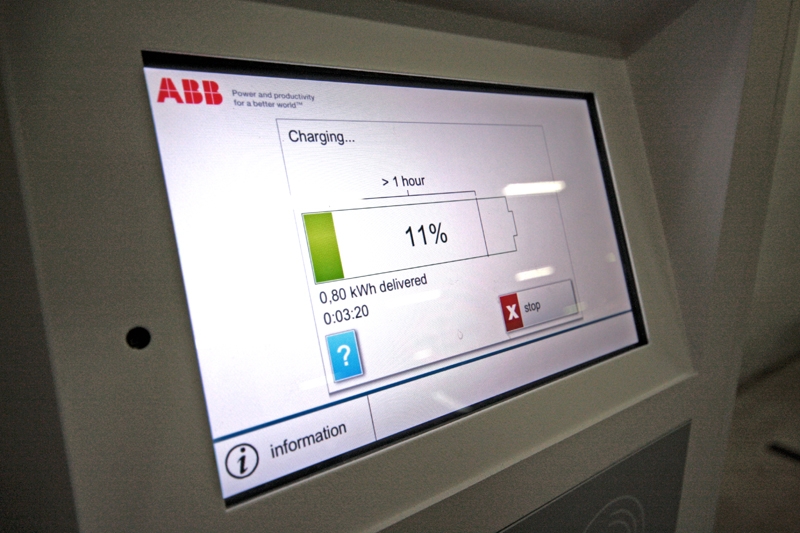 But then again, oh well… 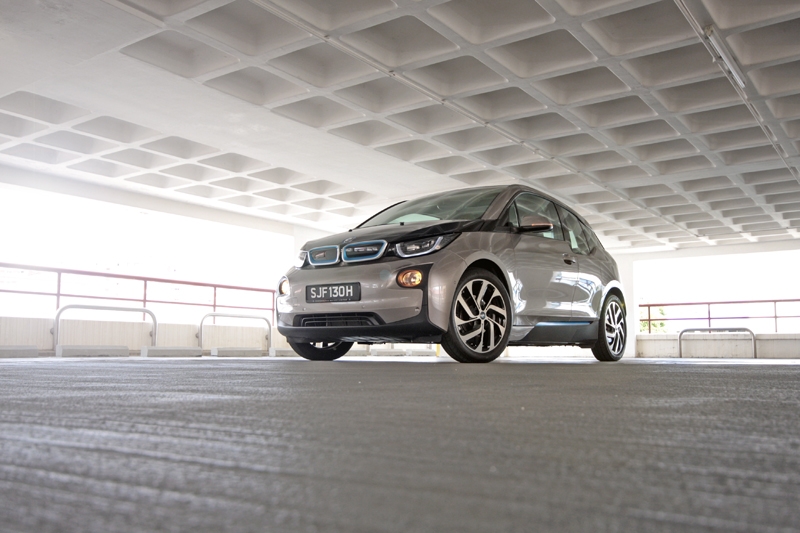 And so I was passed the key to an i3 in an unassuming colour (I was wishing for it to be in electric blue). But before I could drive off, I was given a very thorough briefing by a BMW product specialist on all the function, how to recharge and refuel the car (the test unit came with range extender, which is standard on all Singapore-bound cars) and the contact number in case the inevitable happens — in this case, if the car totally runs out of juice. Unfortunately the lad wasn’t impressed by my pun though — “iAzfar will know what to do, no worries.” 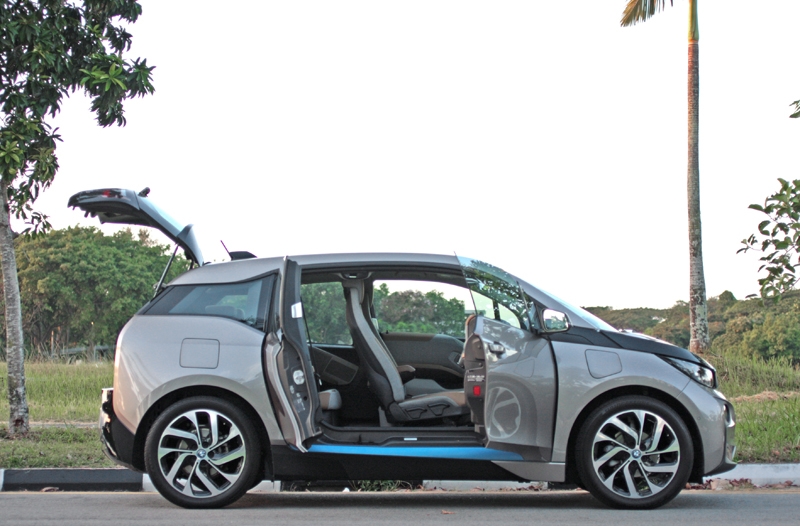 It didn’t take long for this car to garner attention. At the first bus stop after exiting the local dealer’s showroom, teenage boys were pointing at the car. Ahh… Looks like I have some celeb moments to look forward to. On top of that, taxi drivers were whipping out their smartphones, taking photos of this car whenever the light turns red at junctions.
Unfortunately the fairer sex seem unimpressed, probably because of how oddly styled the i3 is. It looks like a small MPV + hatchback + mini fridge all rolled into one; so gentlemen, don’t expect to attract ladies with this car. Unless you’re Channing Tatum or Ryan Gosling… 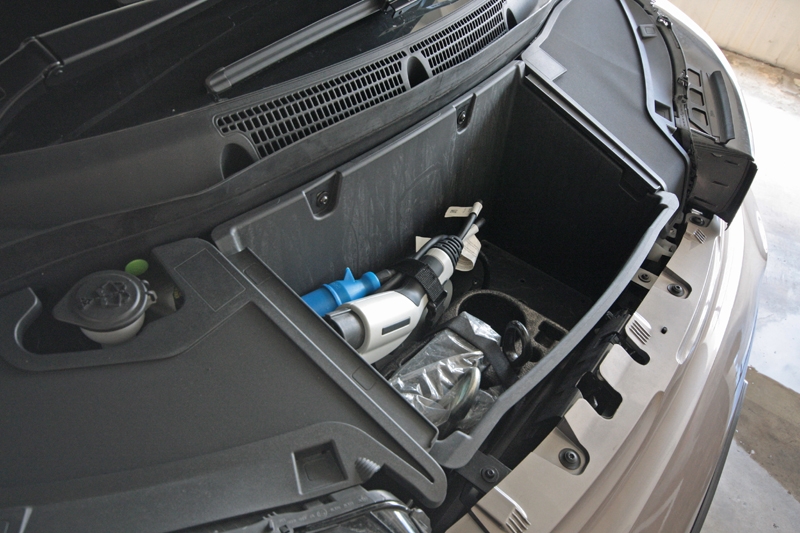 A compartment to store charging cable and tools

Looks aside however, the i3 is a gem to drive: Instantaneous power delivery — wieeeee! - that ensures you get to outrun even pesky hot-hatches, and thanks to its short length and wheelbase (3,999 mm/2,570 mm) it’s hyper easy to manoeuvre in busy Orchard Road traffic. Think of it as point-and-shoot easy. Even driving up and down tight multi-story carparks’ a cinch. 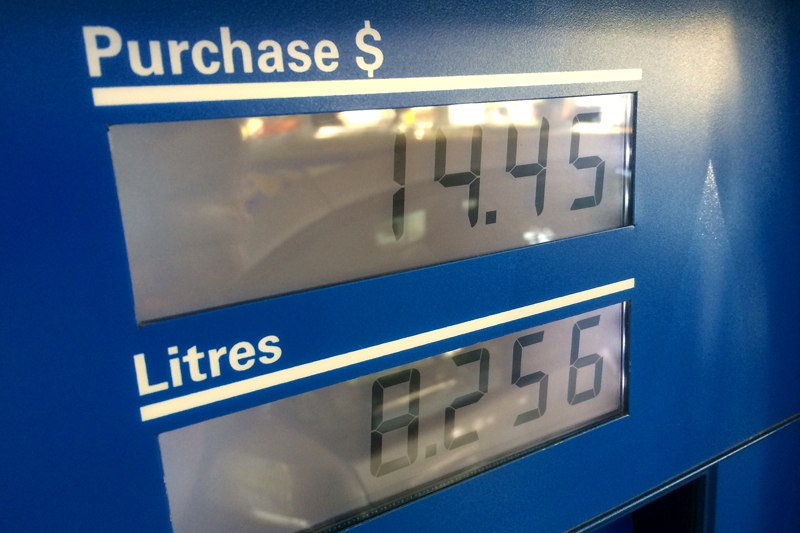 Which means for an individual like myself who spends most of his entire day shuttling from one point to the other, this car makes sense. Living in the east, then heading into Shenton Way for an appointment, followed by Orchard Road for a lunch meeting, next to a press event in Alexandra Road, dinner with friends in the north before heading back to the east to call it a day — clocking between probably 80 to 120 kilometres — the i3’s a brilliant solution. Based on the fact that you could clock about 250 kilometres before running out of juice, I only need to charge it once every two or even three days. And a full tank of premium petrol for the range extender - a 2-cylinder, 34 bhp 647cc engine - doesn’t cost an arm to refuel.
(Of course there will be days when all I do is simply drive to office, park the car and just drive back home later — I would only clock a total of 25 kilometers. Perfect-o, less time at the charging point!) 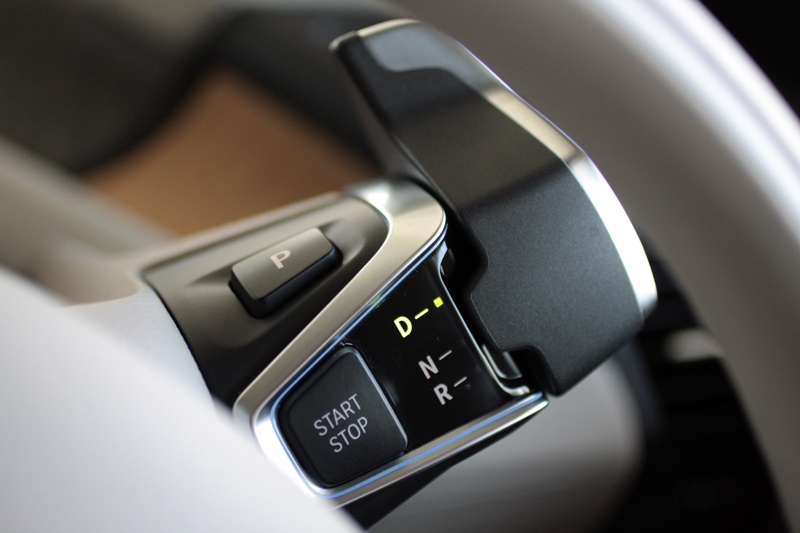 Can't find the gear shifter? Tadaaa... Here it is

The i3 thrives on regenerative braking as well, so although BMW ethically installed brakes on this large go-kart, you could actually drive it just via the accelerator and steering wheel. Anticipate traffic well enough and you’ll get used to it, adding more life into the car’s range. 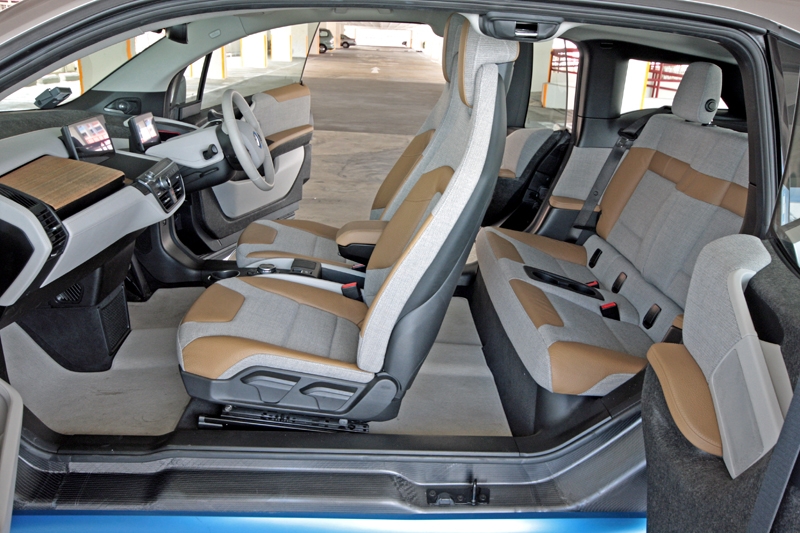 Getting in and out is a breeze

It’s no highway buster looking at the skinny eco tyres, so it’s best to just stick to the middle lane along the expressway, at legal speeds. Surprisingly despite the cabin fitted with lightweight reusable materials, you feel well cocooned; seats are well designed and contoured even for a ‘big-boned’ individual like myself, tyre roar and wind noise are almost non-existent and controls are within easy reach. I love how the gear selector is conveniently located on the right side of the steering wheel. On top of that, BMW also fitted the i3 with the warning and brake intervention device, like the one seen in the 2 Series Active Tourer/Sport Tourer — in case you were daydreaming/distracted/eyeing your phone, the steering wheel would vibrate if traffic ahead comes to a halt. Oh yes, like your typical BMW, you could choose to drive the i3 in Auto, Sport or Eco mode as well. That said, aggressive driving in Sport would sap more life out of its range. 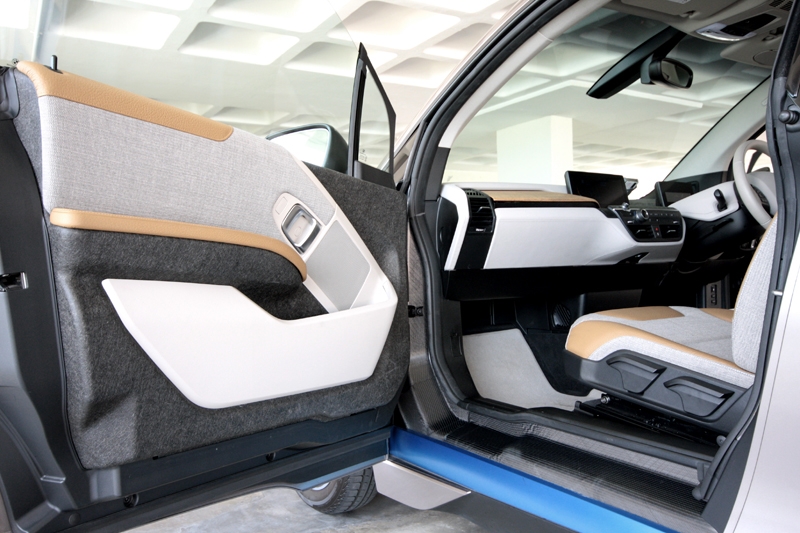 There’s so much going on for the i3. The $30,000 CEVS rebate makes it even more attractive (looks aside). Despite all that however, you still have to come down to reality. 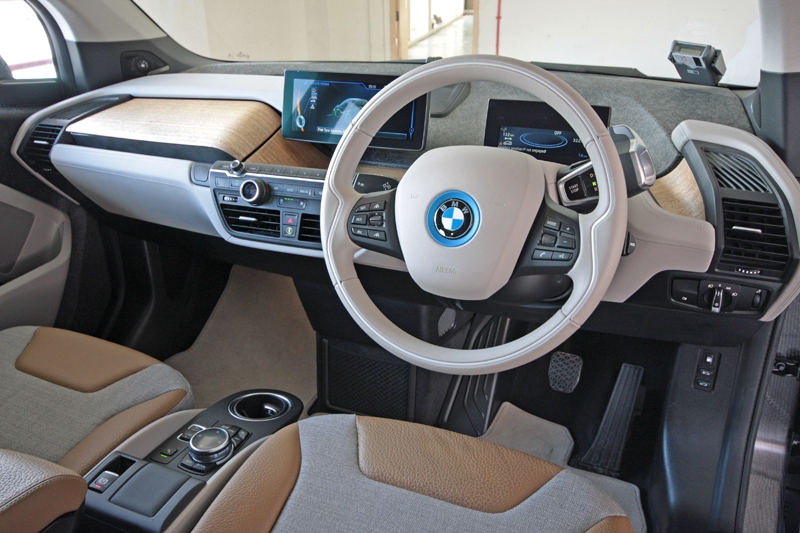 Yes it attracts attention and is fun to drive in an urban setting. Then, BMW would gladly exchange your i3 for a 3 Series for free in case you intend to head up North for a trip; on top of that the charging station would be fitted on your landed property, also for free. All these to make your i3 experience a pleasant one. 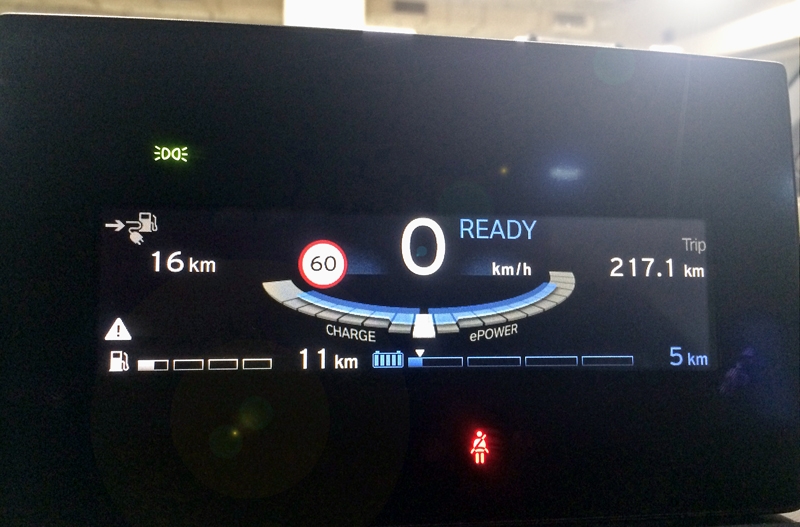 Oh no... Running out of juice!

But driving an i3 also made me realise how I needed to plan my routes and destinations to visit. This may not be an issue if you stay in a landed property, but lets put this scenario: Your i3’s charging point is still pending HDB/condominium management’s approval for installation. Until then, you would have to head back to the BMW showroom, and hang there for slightly more than an hour while waiting for the car to be fully charged — regenerative braking here is of minimal assistance. Sure you could head over to IKEA down the road to kill time… But after the fifth time, you probably knew every staff there; by the tenth time, you should know the prices of every single item. You get the drift. 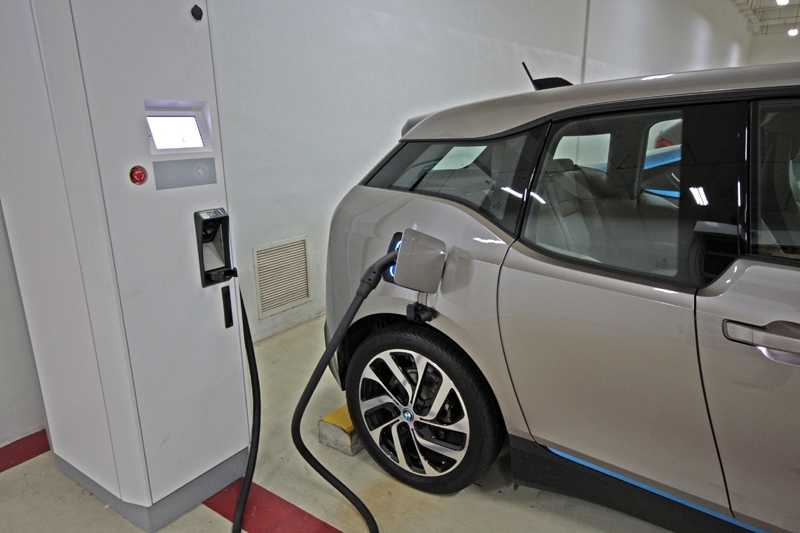 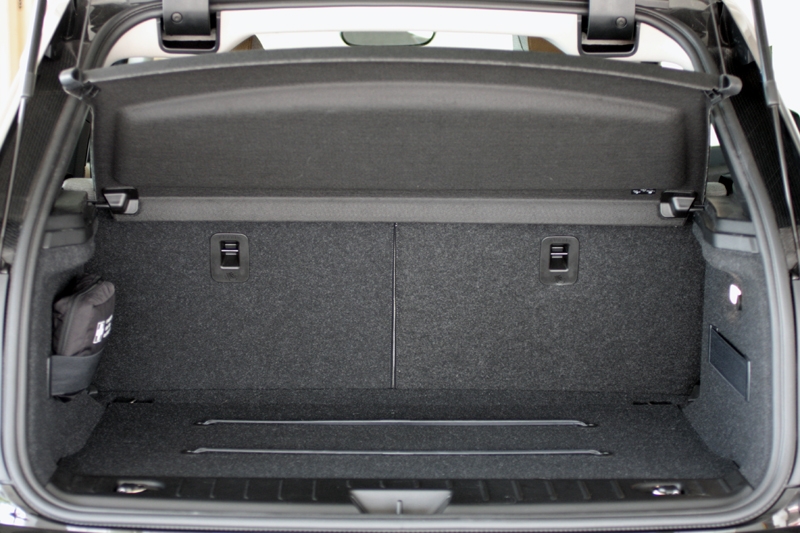 As pleasant as what the experience could be, there is just too many ‘what ifs’ to put into consideration. And like every Singaporean, i too (see what I did there?) have this habit of anticipating every problem that could possibly arise (a.k.a ‘kiasee’). I like the i3, don’t get me wrong. But I just think our country is not ready for this concept; and this is frustrating as our country is the best place in Asia to exercise the whole notion of electric car in a compact city. 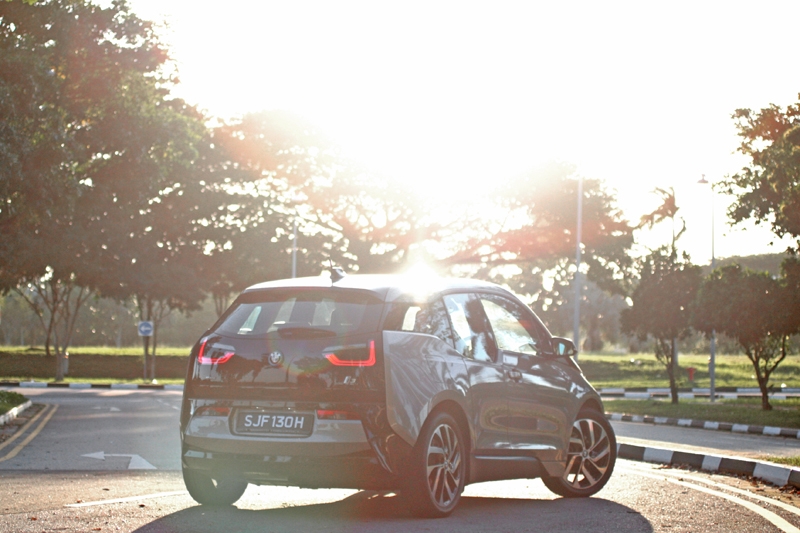 And all these came to mind while I was sipping coffee, waiting for the i3 to be fully charged during my second day with the car…