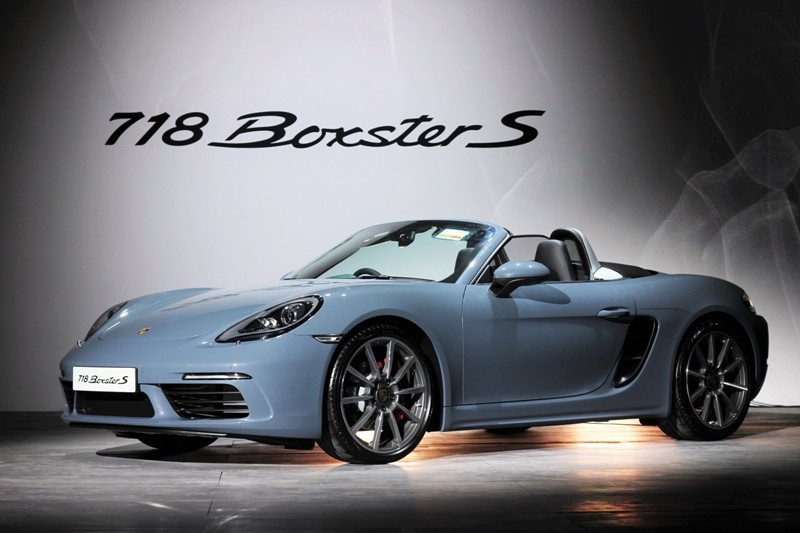 718 Reasons to Love the new Boxster

The brand new Boxster and Boxster S make their local debut, as Porsche harks back to the past with the latest evolution of the entry-level roadster.

2016 marks the 20th year since the Porsche Boxster made its debut, when it unlocked the charms and thrills of Porsche ownership to a wider audience than before.  In the years since, development of the Boxster has been evolutionary rather than revolutionary, but with the latest generation car the revisions were significant enough to warrant a partial name change.

Spot the difference: slimmer headlights and re-profiled bumpers give the new car a wider and more masculine appearance.

Welcome then, to the 2016 Porsche 718 Boxster and Boxster S. In line with the global automotive industry trend of downsized powerplants, the 718 Boxster and Boxster S ditch the revvy six-cylinder motors that Porsche has become celebrated for, in favour of 2.0 and 2.5-litre turbocharged flat-fours. Although some may lament the ever-increasing pressures of fuel economy and cleaner emissions, the move does give Porsche a chance to revive a storied nameplate. 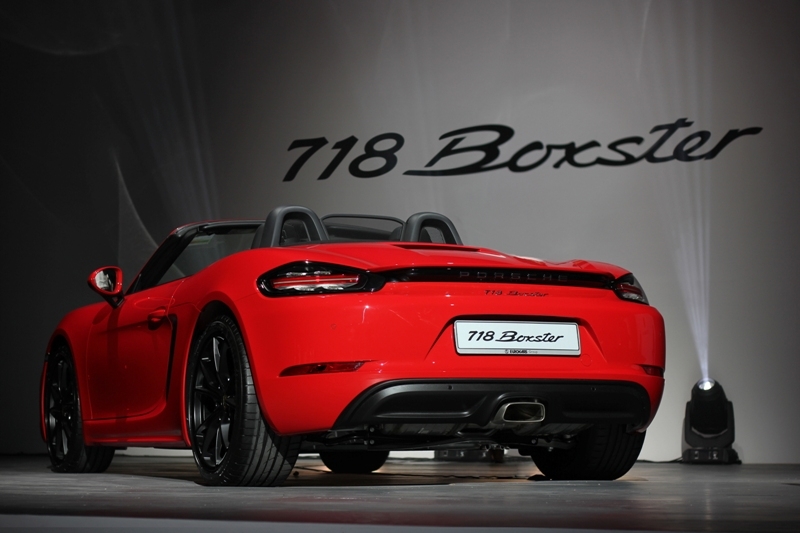 The tail lights now come with 3D LED technology, and are connected by an accent strip that integrates the Porsche badge.

The Porsche 718 may not be too well known beyond more hardcore classic car and racing fans, but it was one of the firm’s seminal and most successful early racers, utilising — you guessed it — flat-four power to take victories at such iconic events like the Le Mans 24H, Sebring 12H and the Targa Florio. 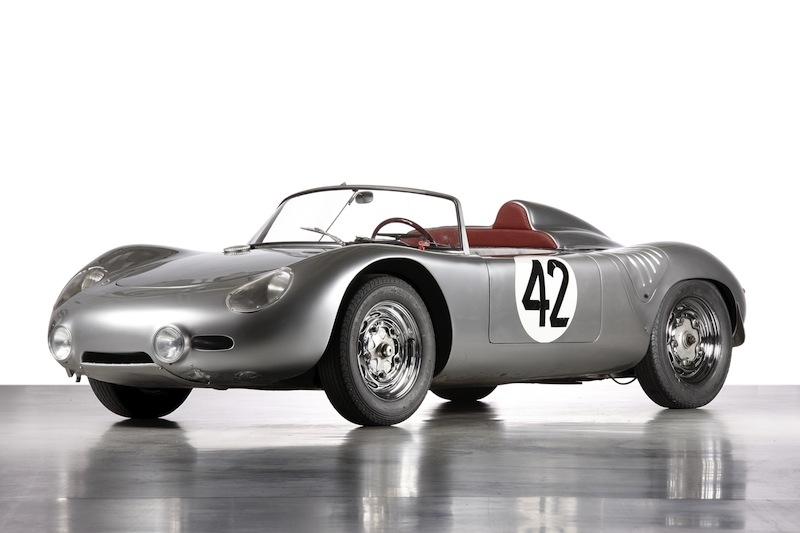 The original 718 RSK from the late â€™50s from which the new car draws inspiration. 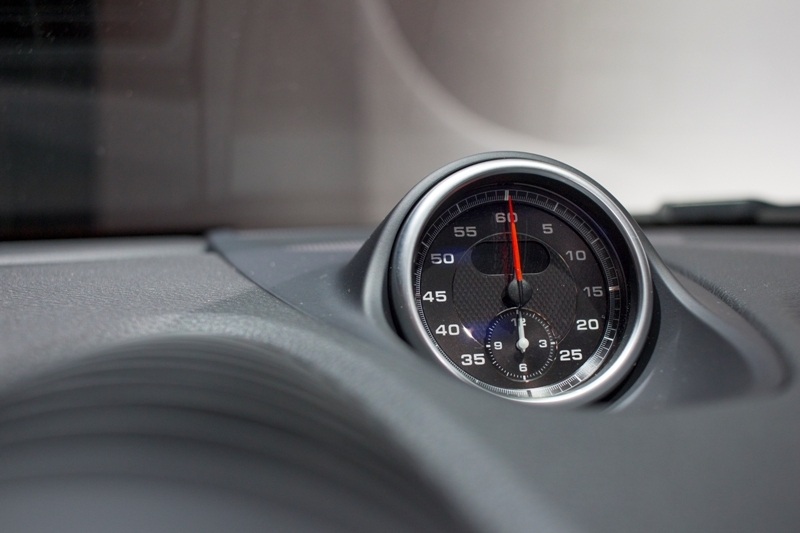 The dashboard stopwatch that marks out the Sport Chrono package.

Interestingly, in an attempt to minimize the inevitable loss in throttle response that turbocharging brings about, the Boxster S comes with Variable Turbine Geometry (VTG), a technology borrowed from the flagship 911 Turbo. And, like in the new turbocharged 911 Carreras, PDK and Sport Chrono-equipped cars come with a Sport Response button, which primes the engine management for 20 seconds to give maximum responsiveness to throttle inputs. 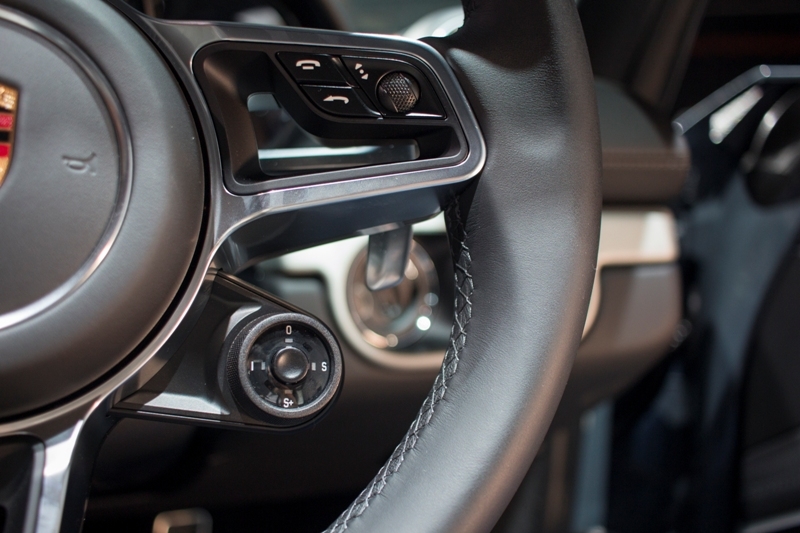 The Sport Response button nestled in the middle of the drive programme switch, with Normal, Sport, Sport+ and Individual modes to choose from.

Elsewhere under the car’s skin, Porsche have done a fair bit of fettling too. Spring rates have been re-adjusted for better ride comfort; the steering is 10% more direct for increased agility; the rear subframe has been strengthened and wider wheels enhance cornering stability; and there is even a new optional Porsche Active Suspension Management (PASM) Sport Chassis for the Boxster S, which lowers the ride height by 20mm. 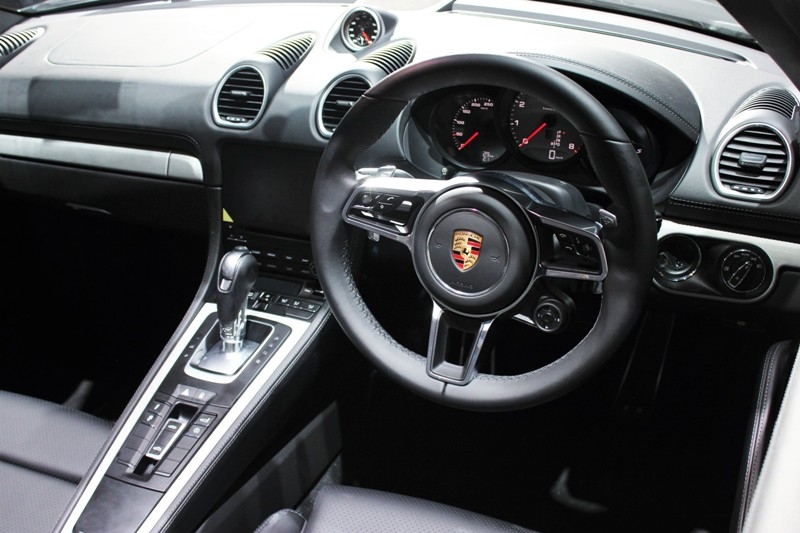 The 718 Boxster now comes with Porsche Communication Management (PCM), which can be specified with several optional modules in addition to standard mobile phone and audio interfaces. 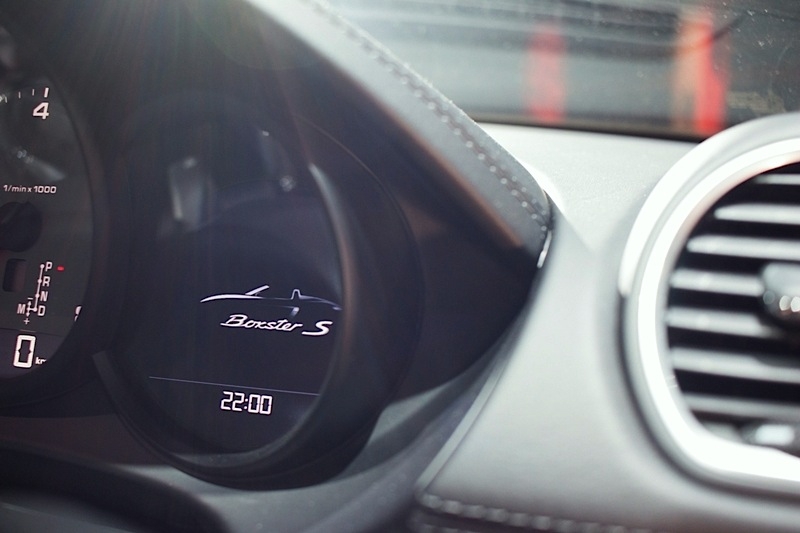 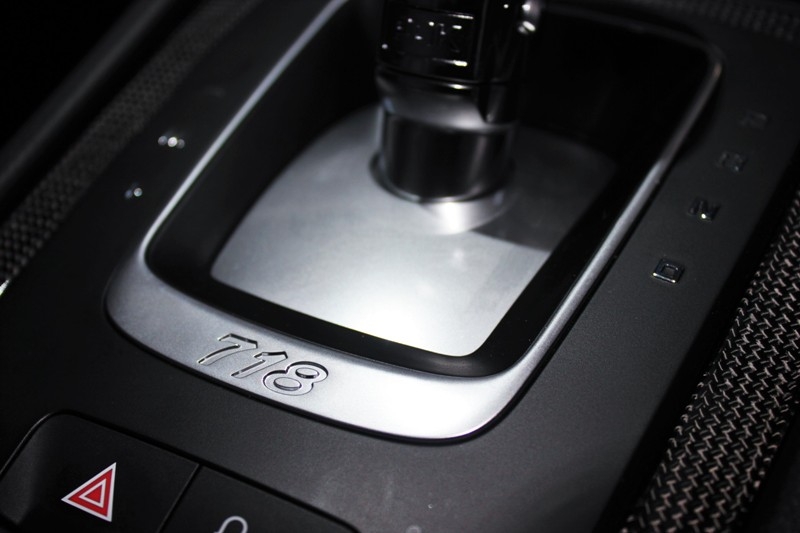 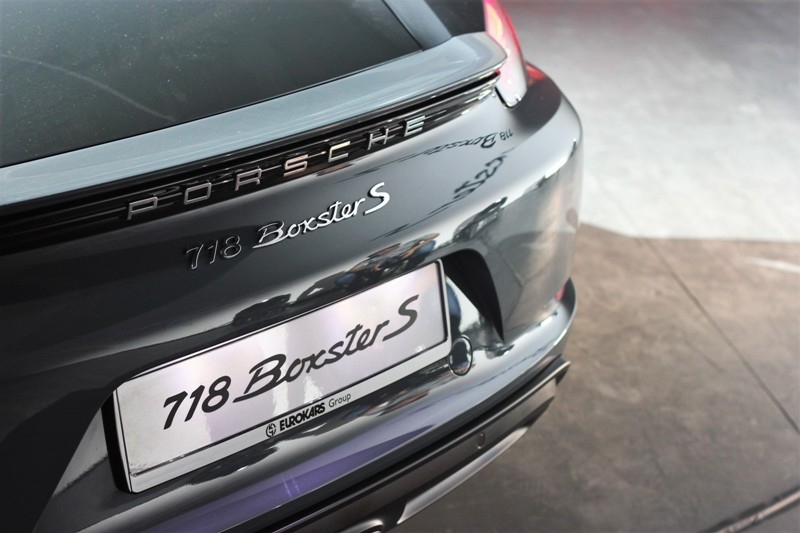 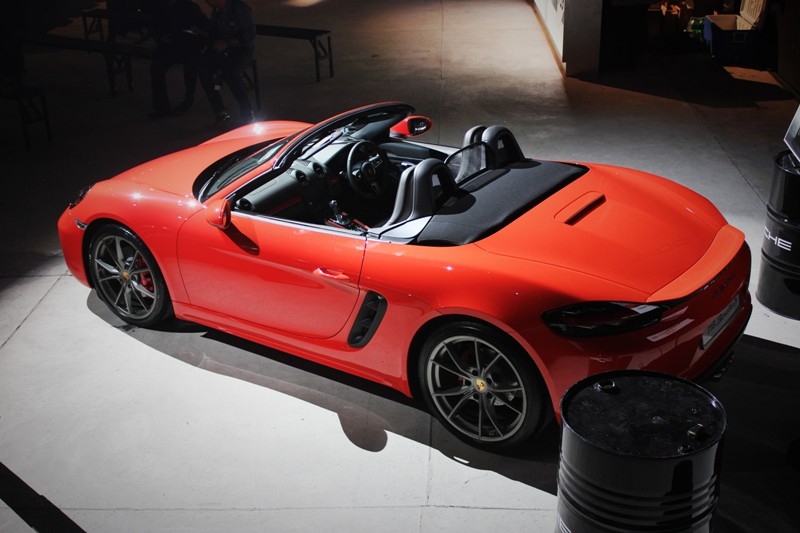 The convertible top can be opened and closed in 9 seconds at speeds of up to 50km/h. 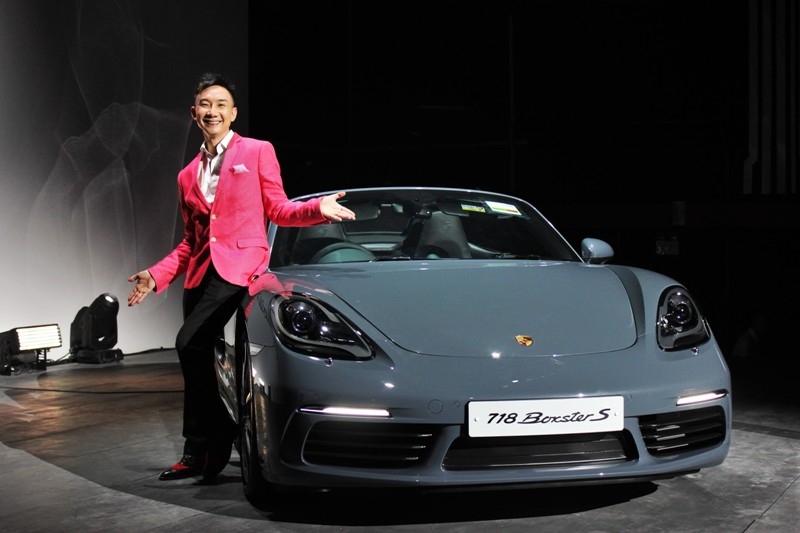 Sadly, the new 718 Boxster canâ€™t be specified with a local comedian as an optional extra. Hossan Leong was the host for the evening launch event.