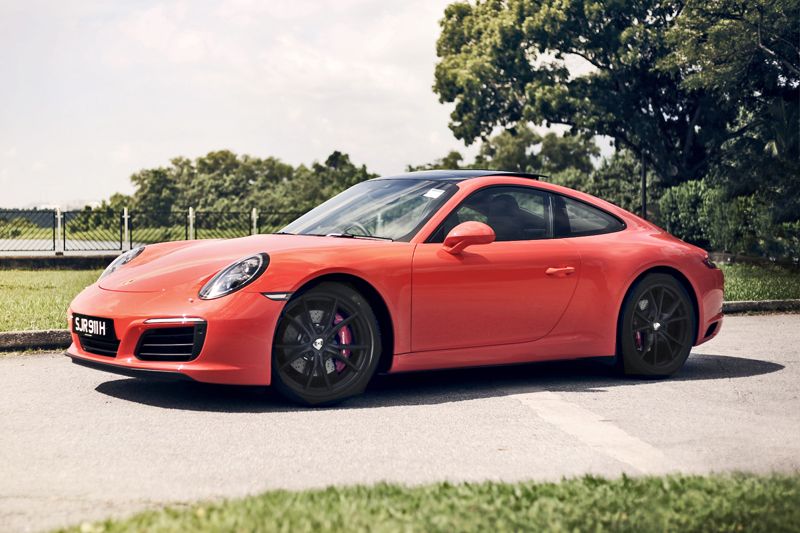 May The Force Be With You | Porsche 911 Carrera S

There’s a reason why the Porsche 911 is still one of the most desirable, iconic sports cars of all time; it never sits still.

Over the past 50 years, it has been improved, tweaked, revised and to some extent, revolutionised to become the car it is today. At each point in time, it was engineered to be the best sports car of its time. It had to be. But it wasn’t always successful. There were some hits and there were some misses. The 996 was one such ‘miss’ that got the automotive world all riled up. On top of being rather unpleasant to look at, it was the first water-cooled production 911 in the model’s history. Purist felt that it was a huge step away from the foundations that the original 911 was built upon.

It’s no surprise that they are saying the same thing about the latest 911 too. Because the mid-life facelift on the 991-generation has gone through some major mechanical changes and is now turbocharged. Yes, all of them will be force-induced and we can all say goodbye to the days of naturally-aspirated 911s. 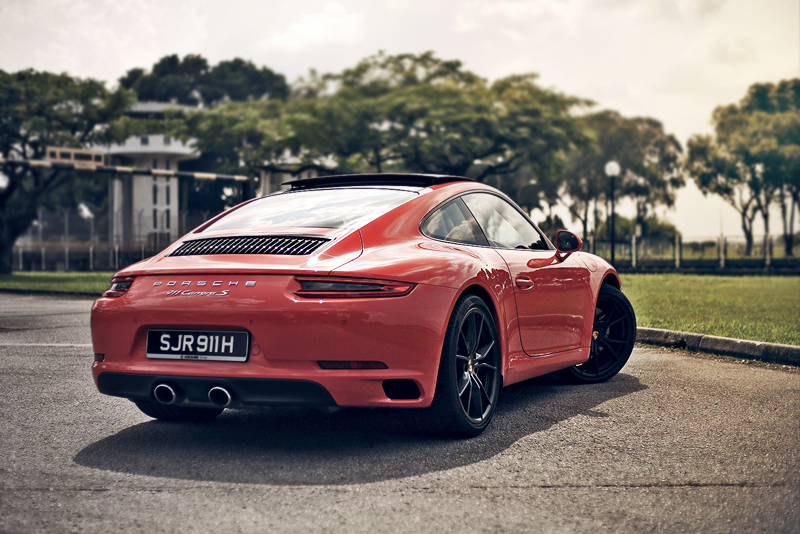 But before you join the protests and cry foul, hear me out a little. Because now that I’ve driven the thing, I’m beginning to understand why it had to be done, and more importantly, I’m starting to appreciate the car even more. 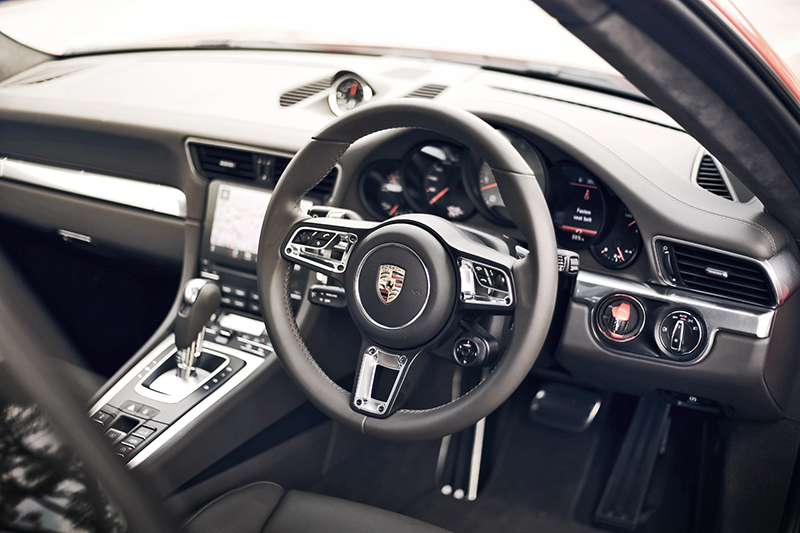 Let’s go straight into it shall we? All 911s are now powered by the same, albeit stroked down, 3.0-litre six-cylinder boxer engines as before. With the turbos, they are tuned to develop 370bhp in the base model and 420bhp in the Carrera S which we’re testing here. 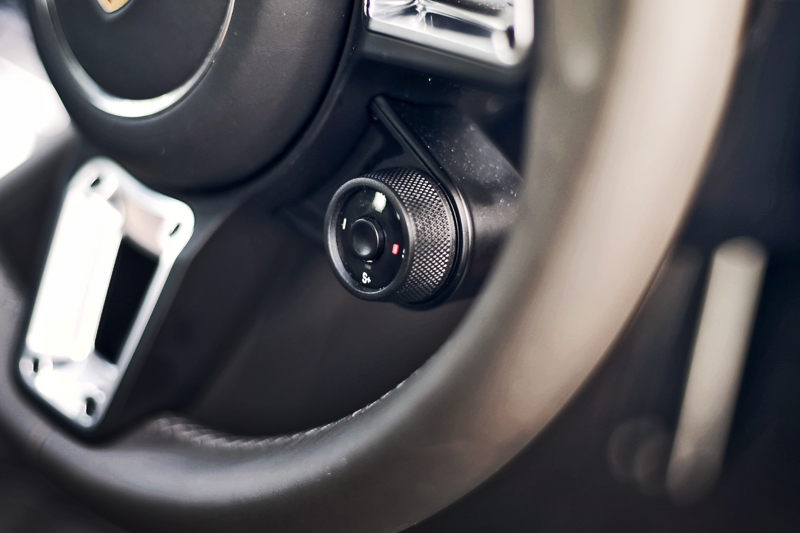 Crank the key and the flat-six springs to life. There is the same rorty bark you get from the old 911, but at half the volume. It’s also quieter at idle, which is not a bad thing considering you really want the noise only when you’re giving it the beans. So does it come alive when you’re wringing it? Yes, as a matter of fact it does. But the aggression is coming more from the exhaust this time and not so much from the engine. Again, I’m not complaining, because now there is a nice balance of exhaust boom and engine roar which is rather grin-inducing. 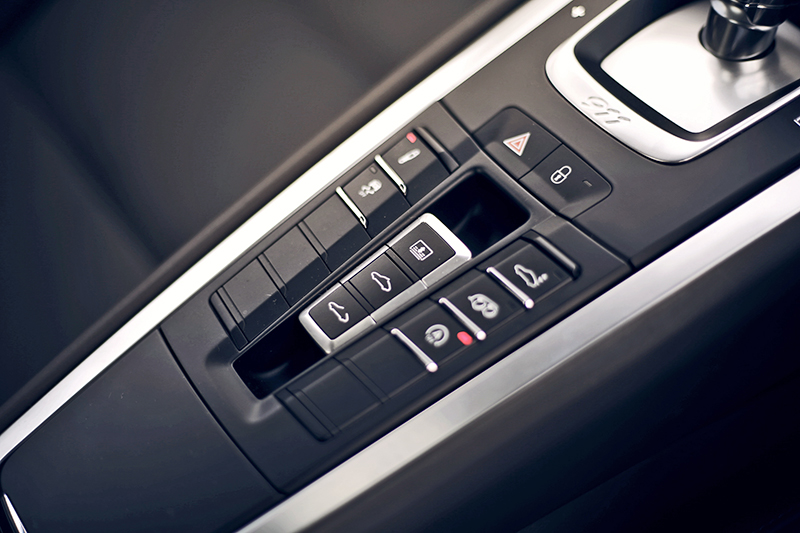 Another thing that puts a smile to my face is how fast this porker is. If there’s one thing a turbocharger does, is add the ‘punch’ to any car that has one. Be it a VW 1.2 TSI or a Audi RS6, turbos give you a rush like no NA-powered car can. In the 991.2, the turbos have been mildly boosted and tuned to give the car as linear a power band as possible. But however smooth they tried to make it, there’s no mistaking that a turbine lies in there. 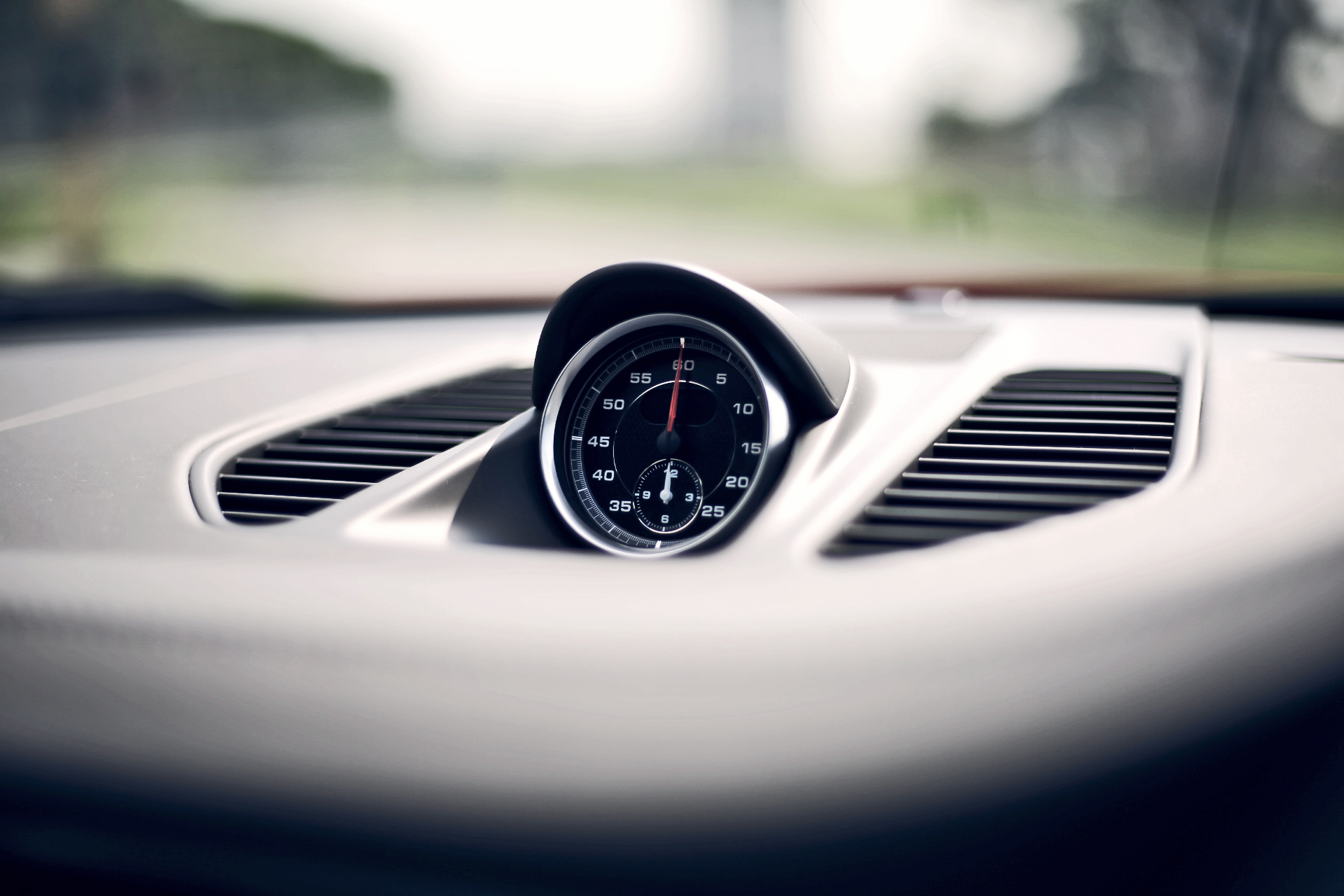 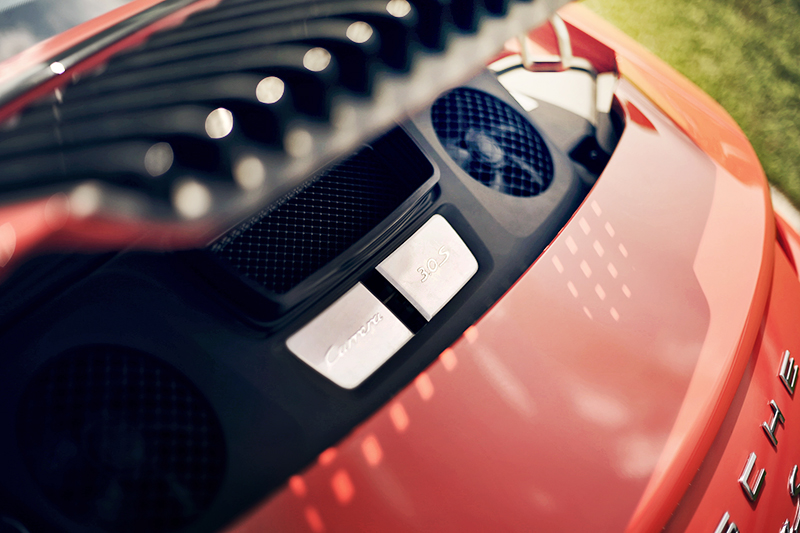 It's tremendously quick and you’ll find your self at 100 km/h in 3.9 seconds from standstill. The PDK shifts are quick too and each upshift is accompanied by a loud bark from the exhaust when it sports mode. All driver profile controls are found via a round knob on the steering wheel like the 918 Spyder. This lets you switch from Normal, Sport, Sports Plus and Individual, where you can customise many of the car's electronic parameters. There’s even a gimmicky (but fun) Sports Response button that when depressed, gives you 20 seconds (there’s a countdown) of the car’s most aggressive nature. 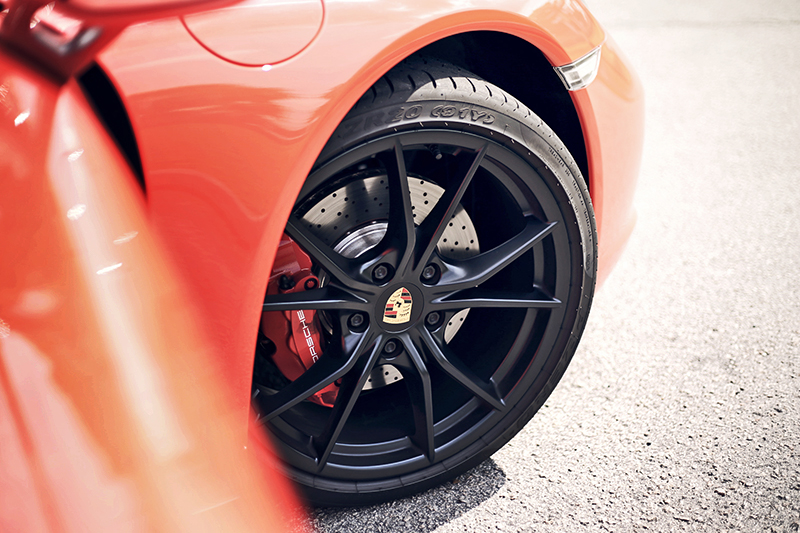 Handling the new car feels a tad ‘hairier’ from the pre-facelifted car. This could be largely due to the extra torque that is available. Hard acceleration will make the rear twitch and squirm even in a fairly large sweeping corner. Body movements are controlled but somehow not consistent - it almost feels like it can’t decided when to be stiff and when to be pliant when presented with a series of bends. But at highway and city speeds, the Carrera S is still a mighty comfortable car to drive. Treat it like a grand tourer and the car will come alive, appreciating smooth steering inputs and a steady driving style more than an all-out track machine approach. 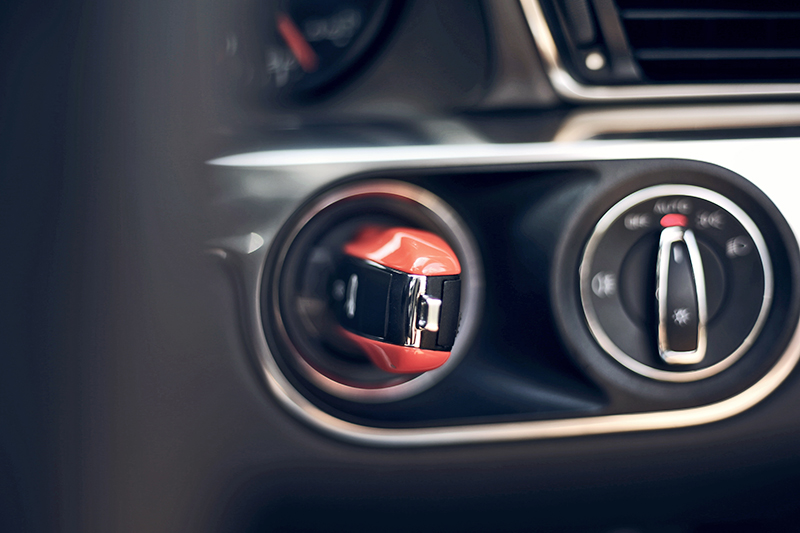 The new car is visibly not much different from the one it replaces. The most obvious cue is the exhaust system that now sticks out from the centre like the old Golf R32. New head lights and tail lights refresh the look further and on the inside, the new steering wheel is the most obvious change that reminds you you’re in the 991.2. The key fob can now also be finished in the same exterior colour of your car now. But we noticed that the one (in Lava Orange) on our test car was starting to chip off due to repeated use (or should I say misuse) when it was either dropped or roughly treated when inserting into the keyhole. 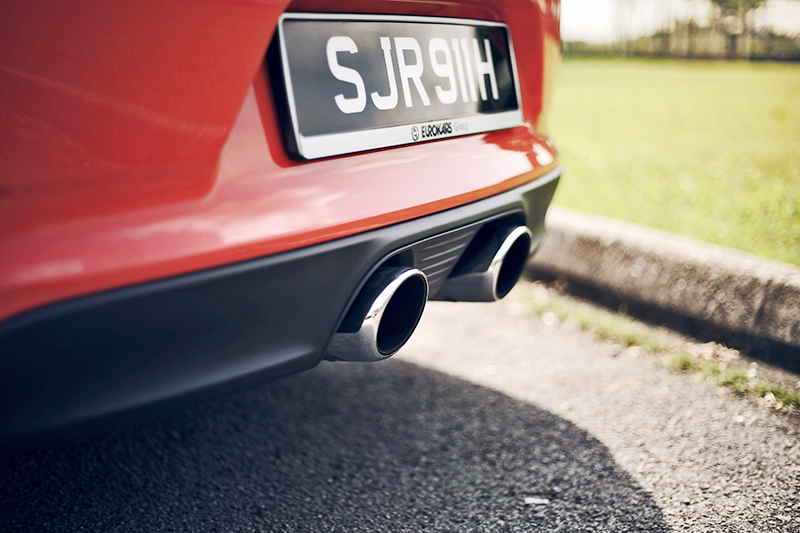 As I finish this story, it might be useful to add that I had just completed a Porsche World Roadshow event where I drove 12 of Porsche’s latest models around the Sepang F1 circuit. These cars included the latest 911 Carrera, Carrera S, Carrera 4S and even the Turbo S. If you’re a big fan of all things old and classic, these new kids on the block may not interest you. But heritage aside, I’m glad to report that the 911 remains one of the best sports cars in the world and the spirit of the iconic Porsche model lives on. 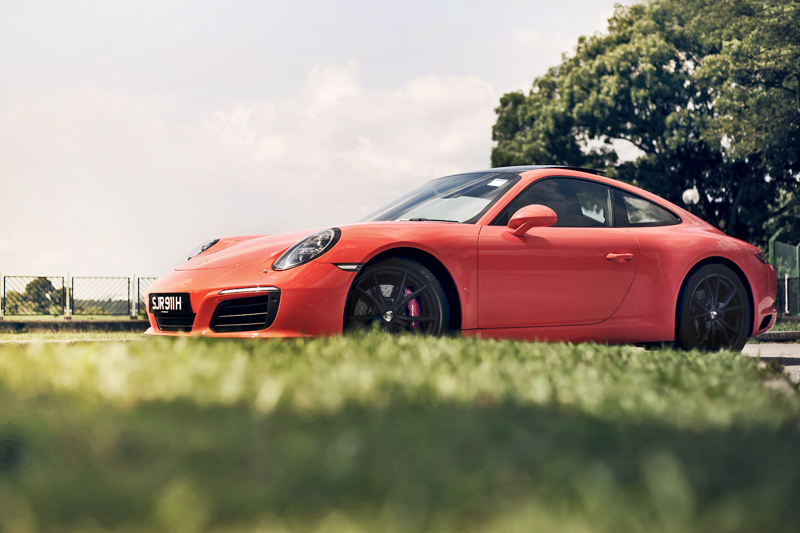