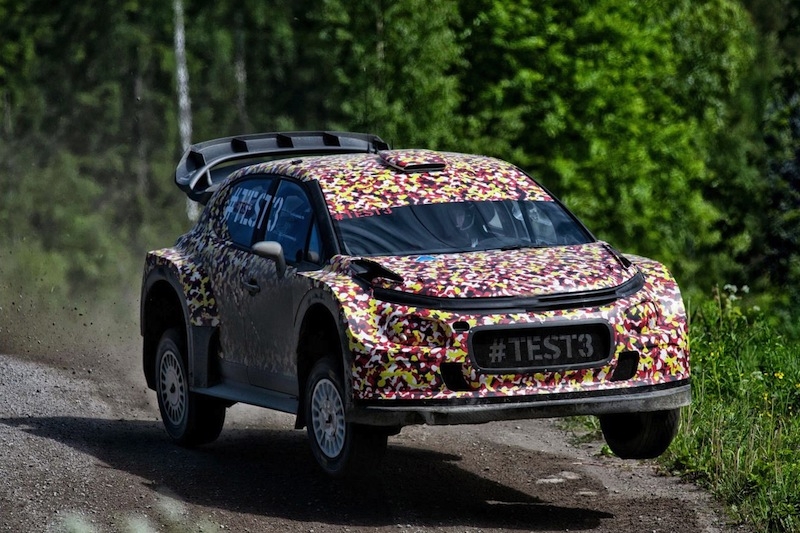 With its large, fast and rolling roads, Finland is among world rallying’s most revered venues. Due to the high speeds and difficult to judge road, it is one of the toughest terrains to grasp, with the drivers needing to concentrate on the jump approaches that sends their cars flying into the air. Therefore, it is no surprise that this destination was among the priority destinations for the team in charge of developing the Citroën that will compete in the 2017 FIA World Rally Championship.

For this test, the aerodynamics were closely scrutinised by the engineers. “The freedom allowed by the FIA regulations offers us a much larger range of possible solutions than before,” says project manager for the 2017 World Rally Car, Alexis Avril. “The bodywork of the WRC must entirely cover that of the original model and the maximum width is set at 1875mm. In this framework, we have a lot of freedom to design the wheel arches and bumpers. We can also create air intakes for re-cooling the rear brakes and add on a diffuser. Paradoxically, there are more restrictions for the design of the rear wing than today, but its efficiency will be increased tenfold by its further backed and raised positioning.” 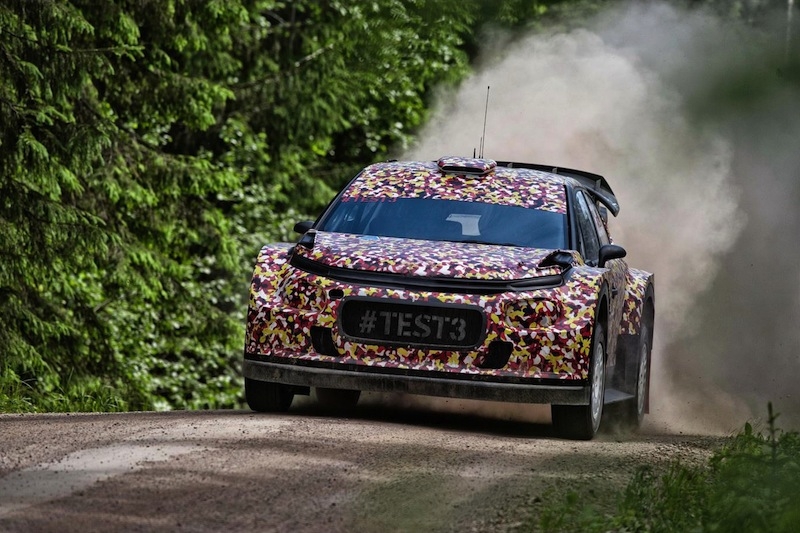 The aerodynamics of a race or rally car must solve the complex equation of attaining maximum down-force, minimum drag and maximum cooling. To achieve this, CitroÃ«n Racing’s engineers have adopted what is now a standard methodology. 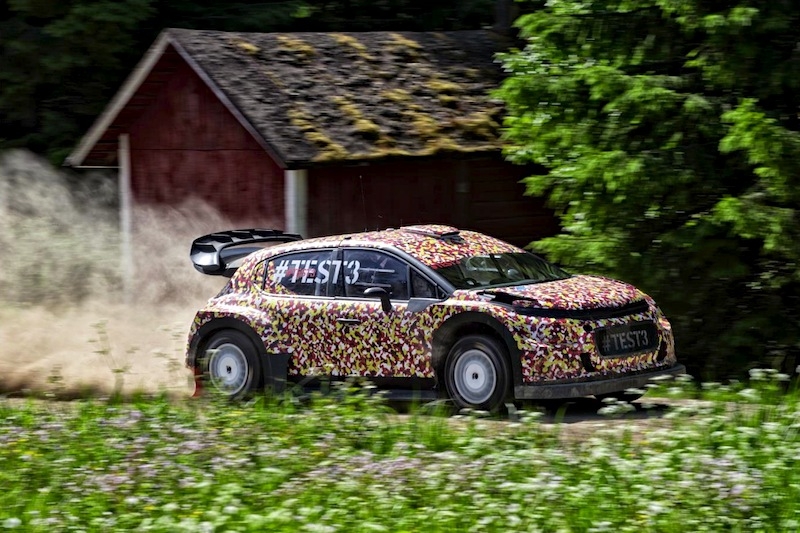 “We started the work with the Cumulative Flow Diagram (CFD) calculations, which let us sift through the possible options\", continues Avril. “We collaborated with the CitroÃ«n design studio in order for the race car to resemble the characteristics of the production model. From this data, we built a model that was used in the wind tunnel. Between sessions, we carried on with the CFD calculations in enriching the data from the tests, and vice versa.” 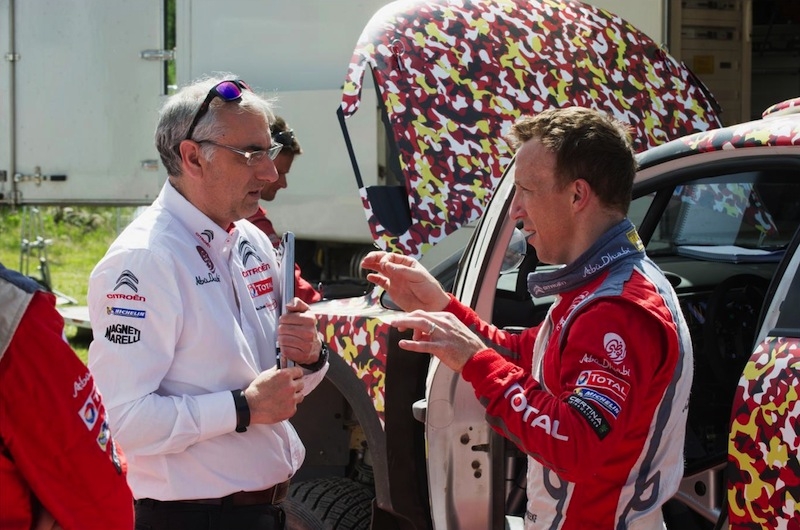 With this approach, the expertise gained during the development of the WTCC CitroÃ«n ElysÃ©e has been widely put to use. “We have made great strides in our understanding of the flow principles and aerodynamic performance since 2013 and the debut of the WTCC programme. We have saved time in utilising the proven solutions. As the disciplines are different not everything was transferable, in circuit racing, there is a form of systematisation that doesn’t exist in rallying. Thus, the compromises are more important”, Avril emphasises. 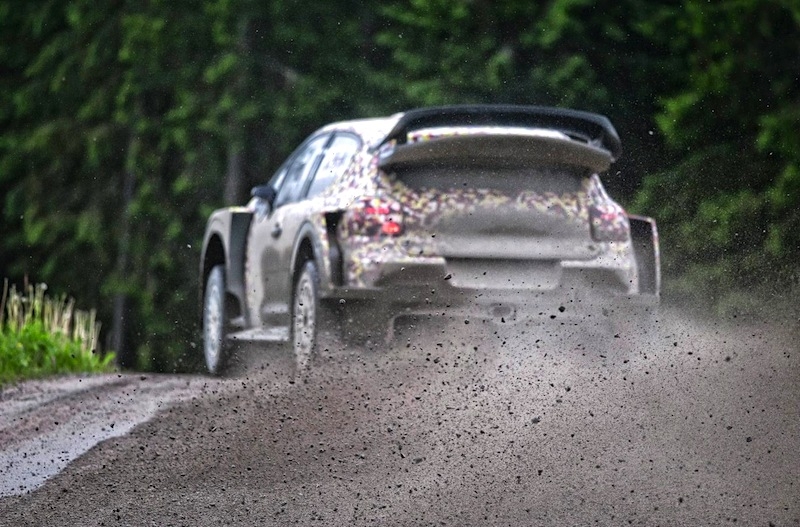 While the aerodynamic development itself was done with CFD calculations and wind tunnel tests, the test sessions were used to assess the resilience of various components. “Vulnerability is an essential point in rallying. The dirt, mud, stones and gravel can quickly tear away the element or block the air intakes,” recalls Avril. “So you have to run in all the conditions to find a compromise between reliability and performance.” 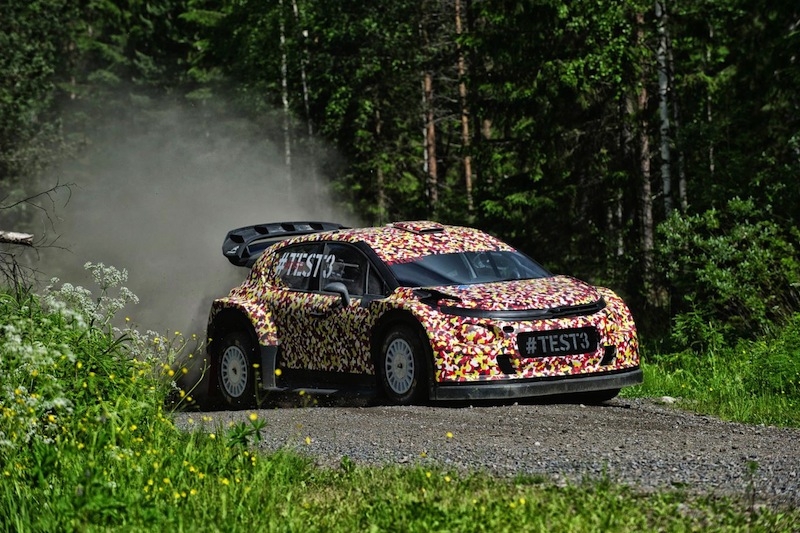