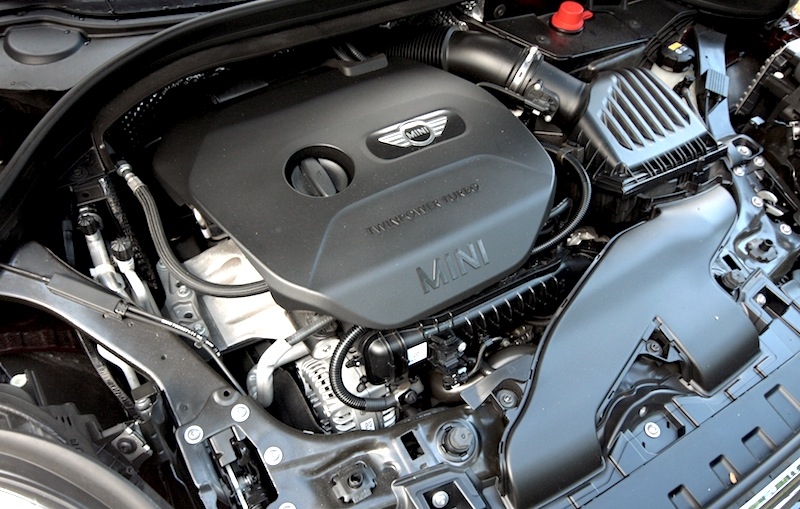 Into its second modern iteration, can the new Clubman break into the mainstream market and be a volume seller?

If you’re currently looking for a purposeful car that oozes style, somehow, this new Mini wagon might steal your attention. Simply because firstly it’s a Mini; and that means funk, and lots of it. Then secondly, it’s a wagon; which offers more boot space and overall usefulness over the coupe or 5-door equivalent. Thirdly: it’s a 1.5-litre, so you know road tax, insurance and even fuel economy should be affordable for all you tie-wearing individuals.

Lets get all the technical bits out of the way first. Under the bonnet, it’s the 3-cylinder, turbocharged 1.5-litre powerplant mated to an efficient 6-speed automatic with manual selection mode — the similar combo seen in the Cooper Coupe and 5-door. Add to the fact that it weighs slightly below 1.4-tonnes, 0 to 100 km/h is dispatched in 9.1 seconds with top speed rated at 205 km/h. Honestly speaking though, that timing does seem slow by today’s standard. 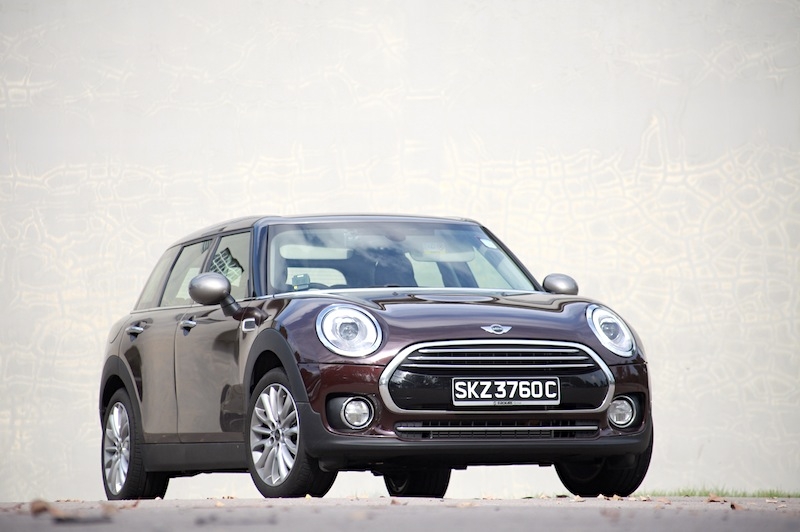 But for some strange, unworldly reason it doesn’t feel that slow. Off the mark, the Clubman feels sprightly still; like a bottle of shaken carbonated drink with its cap opened, it accelerates forward in an impressive manner. You just feel the 134 bhp and 220 Nm of torque pushing the car with no issue staying ahead of the pack. Gears 2nd and 3rd already see the speedometer dangerously breaching the legal speed limit; but just like my previous experiences with both the Coupe and 5-door, it runs out of ideas past 5,000 rpm. Probably one downside to having a missing cylinder… 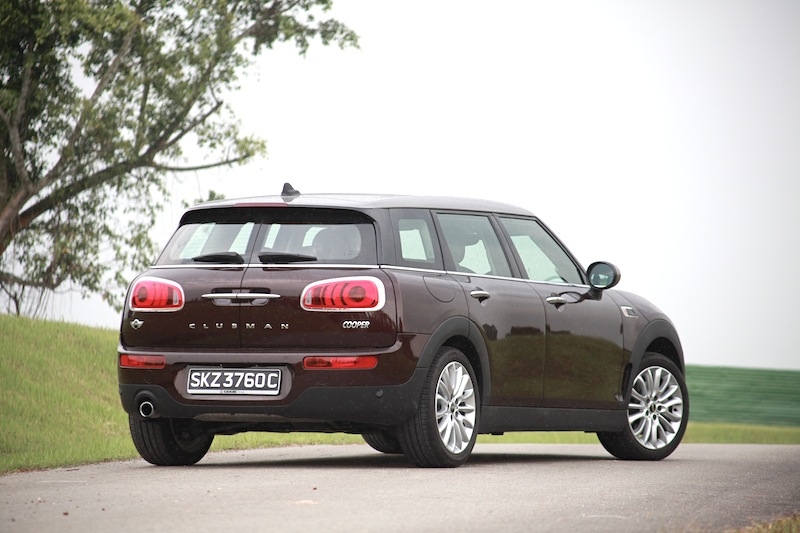 Anyway out on the expressway, the Clubman behaves in a very gentlemanly manner with the engine spinning below 2,500 rpm at 100 km/h — which means engine noise is barely intruding. Heck, Mini’s engineers also ensured wind noise is kept to the barest minimal, making themselves heard only near three-figures region. Somehow this compliments the style as well — style and refinement rarely come hand in hand for cars below $150k. 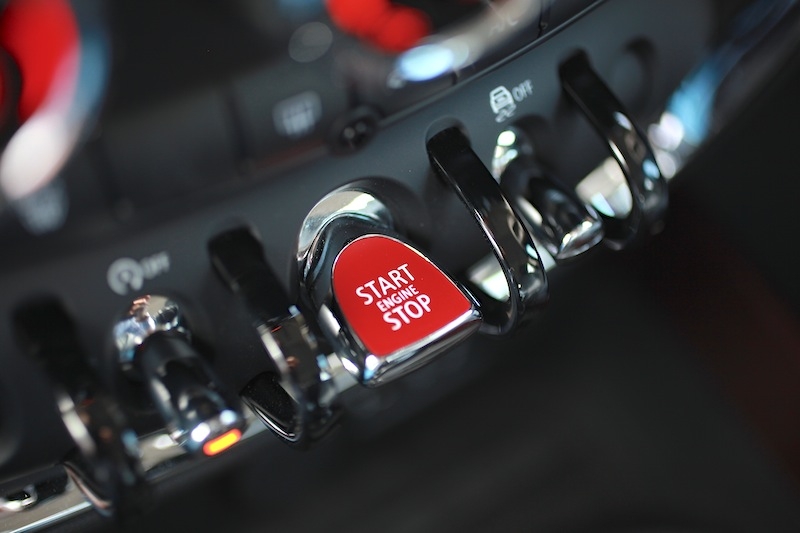 Speaking of which, the cabin feels and looks substantially put together — if you’re looking for another good reason that justifies the premium asking price, this is it. And Mini being Mini, you get interior plastic panels that match the exterior colour. Of course, you can get it in other colour schemes too depending on your fancy; say, black exterior with orange panels and terracotta brown seats and door panels. Just saying. 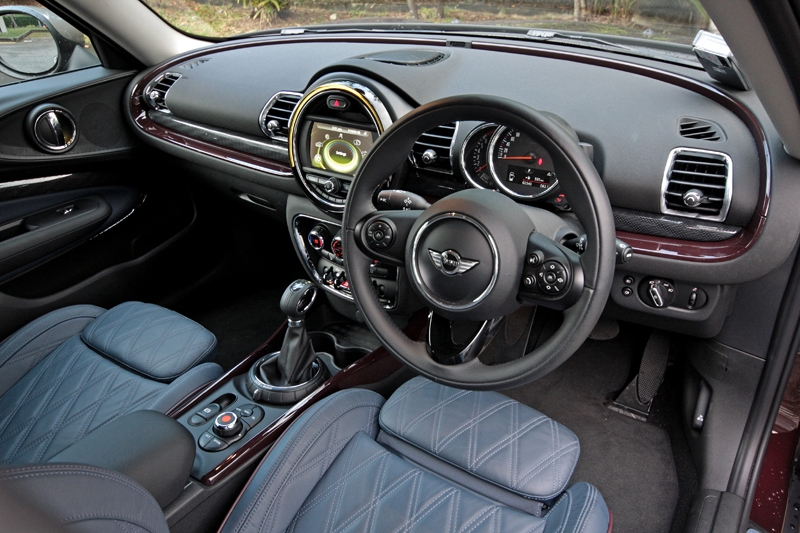 A quirky cockpit is the order of the day here, but nevertheless, it’s still oriented towards the driver. Well-sized steering aside, every control buttons easily within the driver’s reach with the clear meter cluster easily visible to the driver’s eyes. Thankfully, the speedometer has been relocated right ahead of the driver now; back when it was placed in the middle, Mini owners were complaining how they were constantly nagged at as passengers could see just how fast they were going. (Bahhh…) 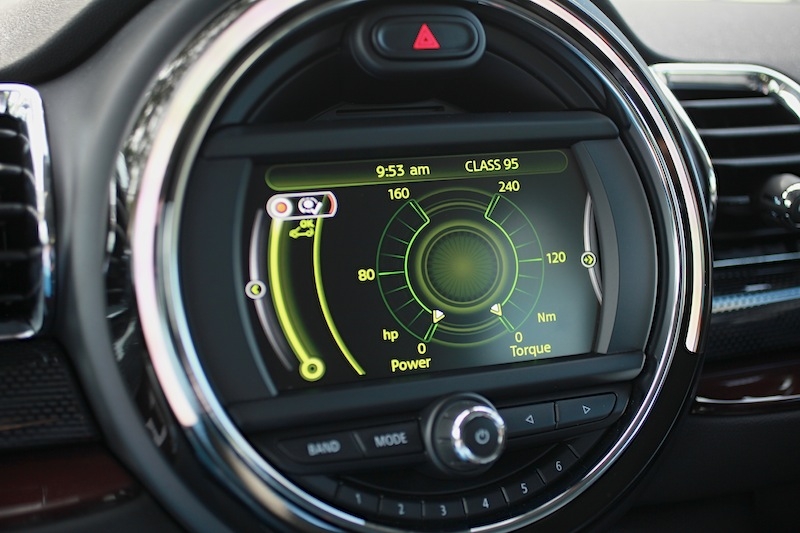 More storage spaces, namely on the door panels and middle console, along with a bigger armrest are welcoming improvements over its predecessor. Unfortunately paddle-shifters do not come standard; neither is the head-up display. Both only available in the more expensive Cooper S variant. 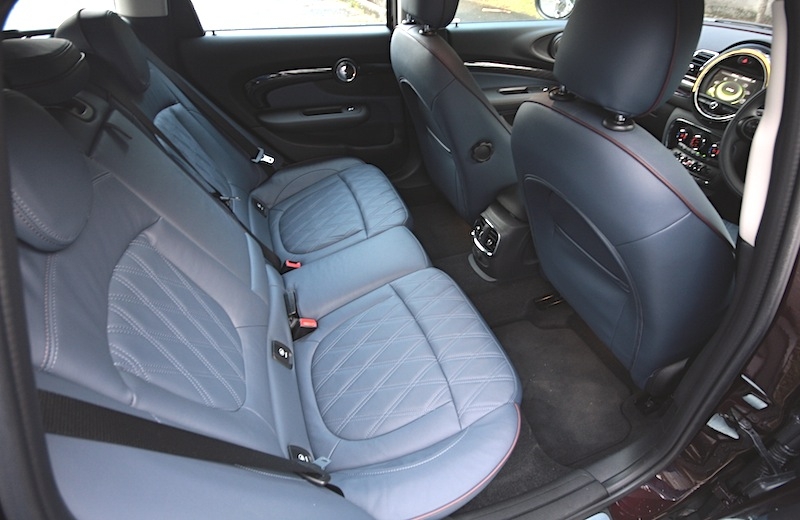 Funky blue seats an option in the Clubman

Standing 271 mm longer with an additional 103 mm wheelbase does show, as the Clubman here offers more legroom than the 5-door variant, along with better bootspace; with 360-litres, you get 82-litres more than, again, the 5-door. In case you need more space to lug around bulky items, folding the rear seat’s backrest exposes 1,250-litres; not exactly class-leading, but definitely good enough. Plus, opening the twin doors outwards to load up is an event itself as no one else in class offers this. 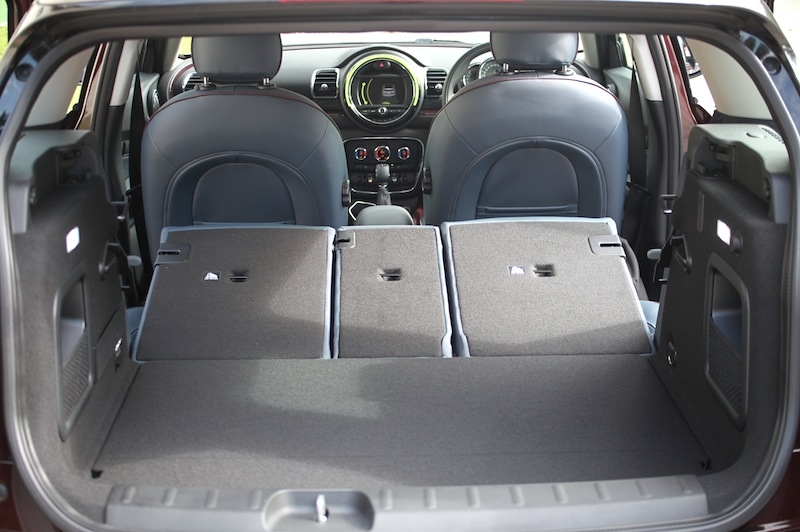 For a wagon, the Clubman does show off its fun side without much hesitation. It seems to enjoy being thrown into tight corners fast, or a series of corner with minimal brake. The steering, despite feeling a tad artificial, somewhat delivers direct feedback with pinpoint accuracy — just like your typical Mini Cooper. And because the suspension errs towards the stiffer side of things, body movements are nothing to worry about for both driver and passengers; the only compromise here is passenger comfort along, say, the KPE. You do actually feel every bumps and unevenness. This is one particular trait of the car where both the Levorg and even Golf Variant trumps. 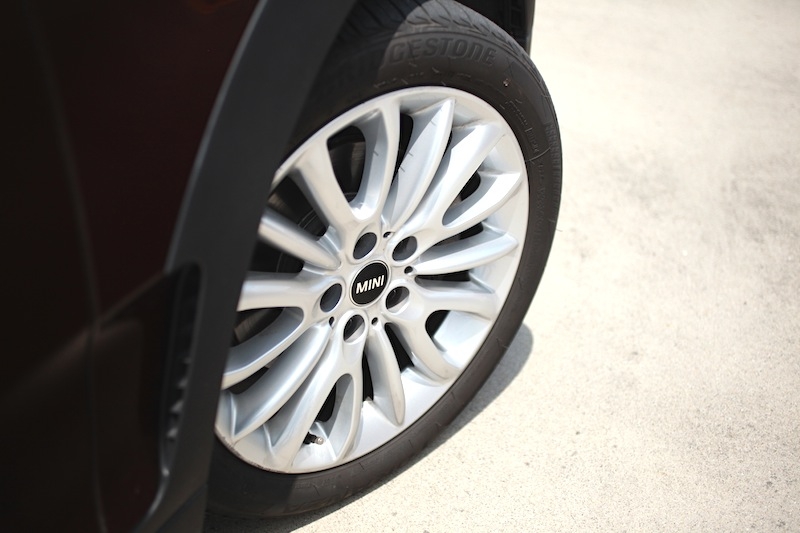 At the end of the day, the Mini Cooper Clubman marries style and practicality in one package with build quality that displays needed improvement over its predecessor. Despite looking not so sporty, it has a driver-focused chassis that amazes, like every other Mini — unfortunately it won’t be highly appreciated by passengers hitching a ride. 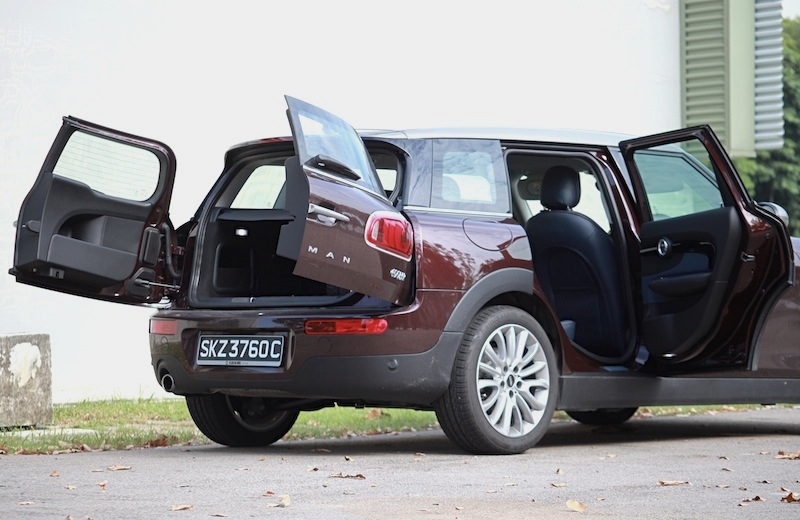 Still, there is so much to love about this car. For once, it is a Mini that makes sense for even the average user. What needs to be done here is to lower the asking price further and it may potentially be the next passenger-friendly volume seller in the brand’s list after the last Countryman. 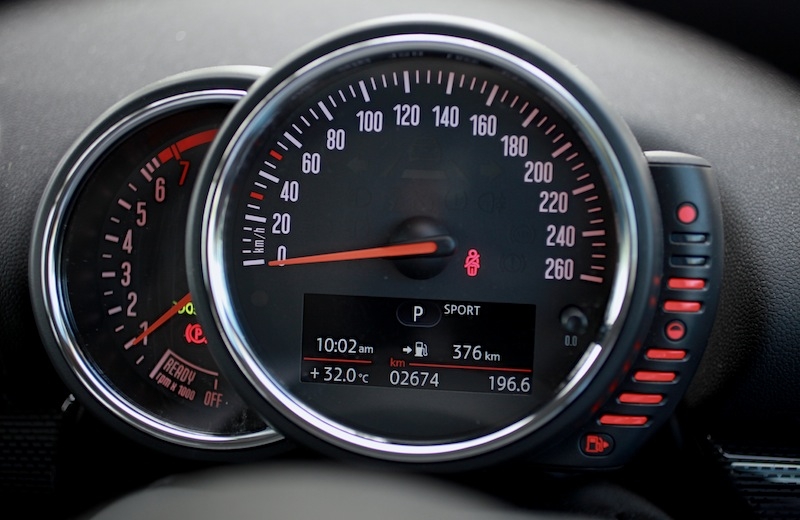 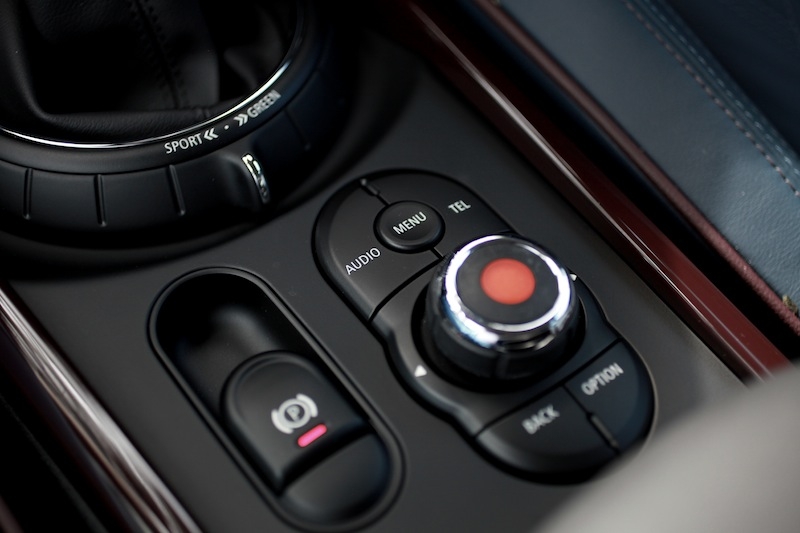 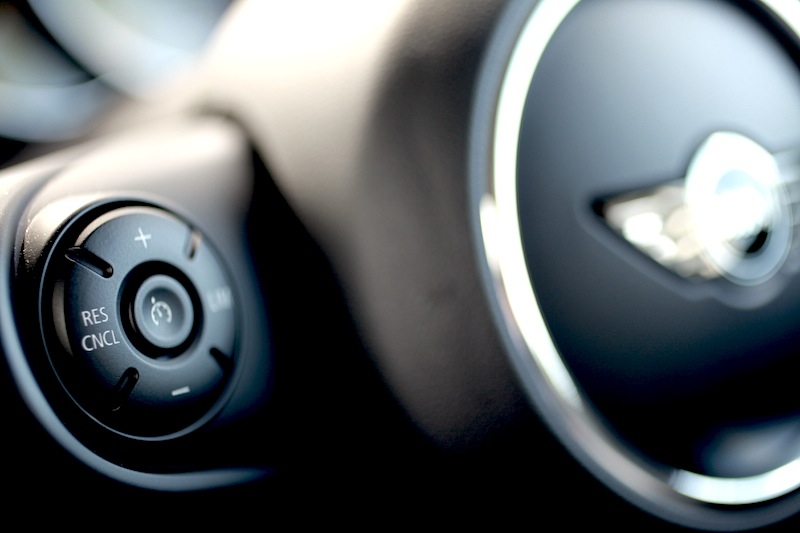 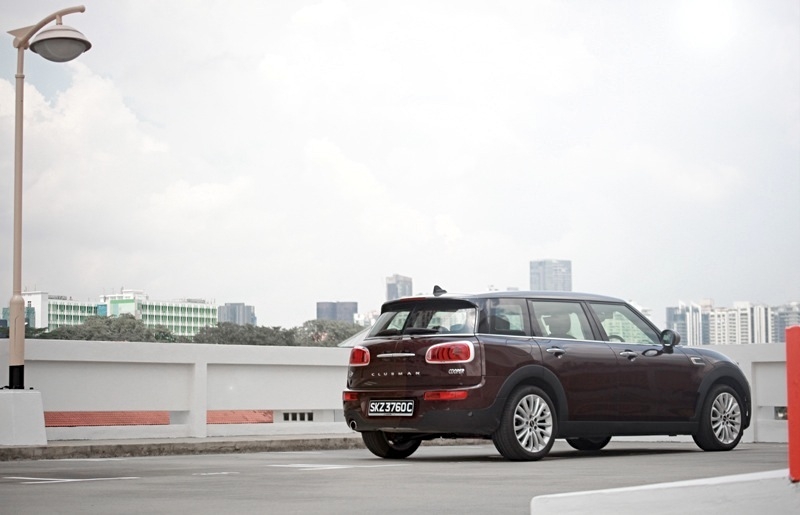