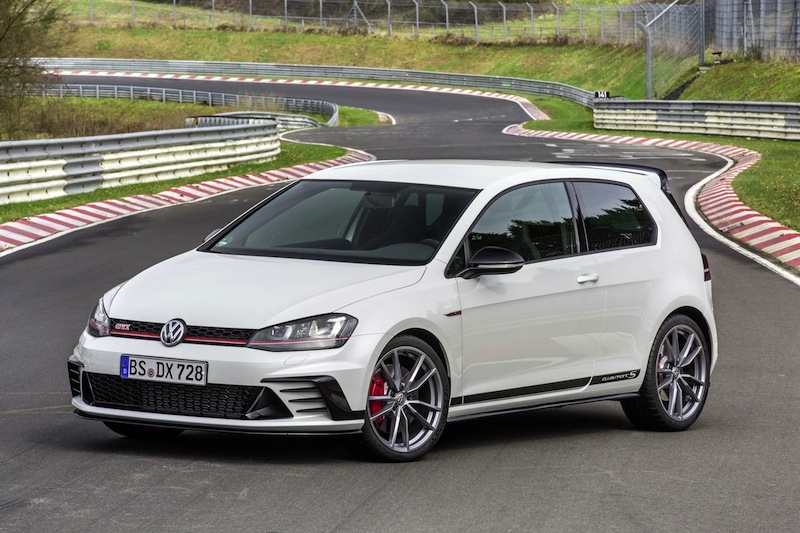 The Golf GTI Clubsport S flew over the start/finish line of the Green Hell just like an arrow - with 28 year-old German racing driver Benny Leuchter at the wheel, the most powerful Golf GTI has just smashed the existing lap record for front-wheel-drive production cars on the Nürburgring Nordschleife. Future contenders will now have to beat Leuchter’s time in this GTI: 07:49:21.

This exclusive new sports car, based on the Golf GTI Clubsport, has been developed to celebrate the GTI’s 40th anniversary. With the Golf GTI Clubsport S celebrating its world premiere at the GTI event at Lake WÃ¶rthersee (from 4th to 7th May), Volkswagen is topping off the legendary model line with a new crown. The hard performance data of the new Golf GTI flagship are (1) permanently available power of 305 hp, (2) acceleration of 0-100 km/h in 5.8 seconds, (3) a top speed of 265 km/h (not limited) and an unladen weight (including the driver and luggage) of 1,360 kg. 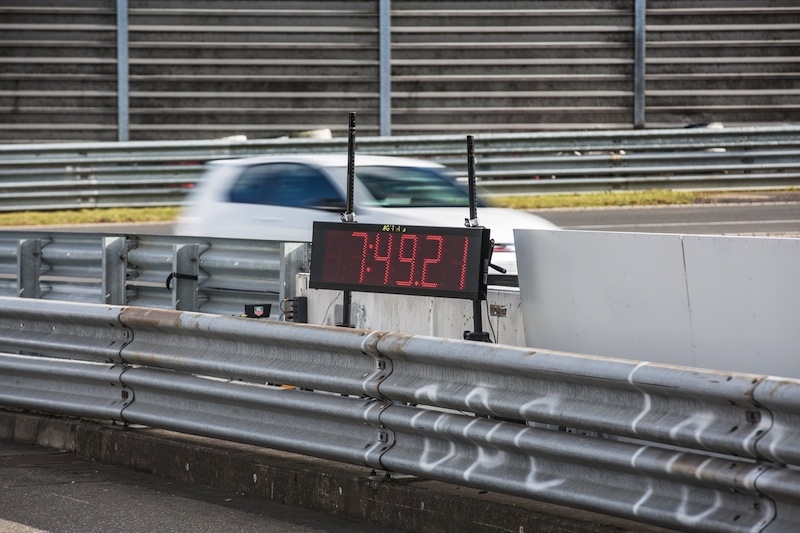 The Golf GTI Clubsport S comes with a setting for the most demanding race track in the world, which can be accessed using the driving profile selector: NÃ¼rburgring setting. 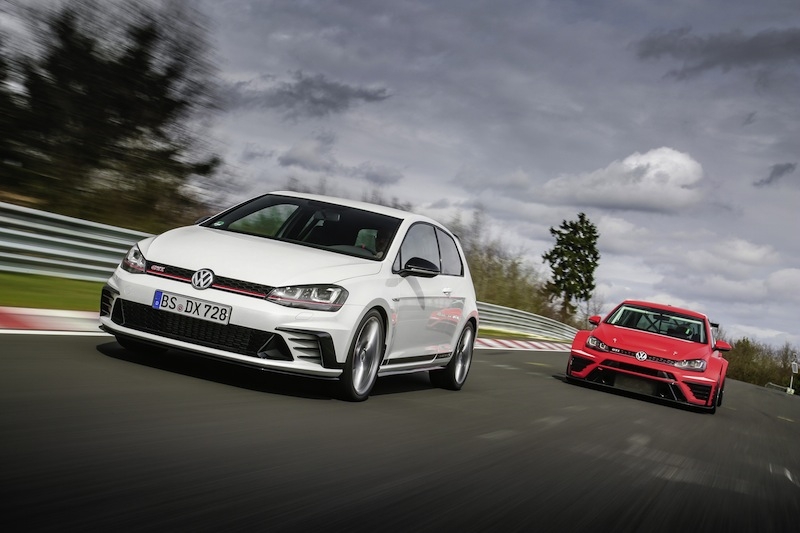 In the ‘Individual’ driving profile, the engineers have developed a setting that is fine-tuned to suit the unique conditions of the NÃ¼rburgring. Over and above that, the driving profiles Comfort, Normal and Race are also available. Of course the driver can still adjust the settings in the Individual profile, as usual, and can revert to the NÃ¼rburgring setting at any time before driving onto the Nordschleife by resetting the Individual profile on the touchscreen menu. This unique configuration switches the Sound, Engine and Steering (fitted with progressive steering as standard) parameters in the Race profile as well as DCC, to Comfort. However, in this instance an entirely different group of settings is hidden behind this option, besides the normal Race and Comfort settings. 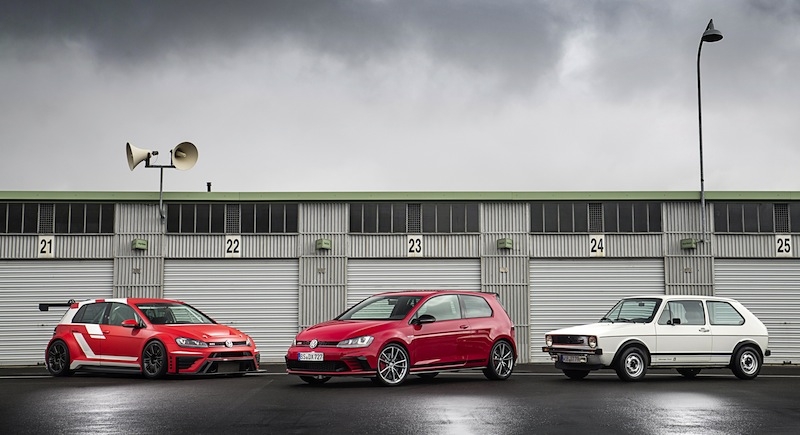 The production run of 400 cars is the total worldwide figure, 100 of which will be delivered to customers in Germany. The colours of the limited edition stick to those of the original GTI: “Tornado Red”, “Pure White” and “Deep Black Pearl Effect”, and the roof of the red or white GTI Clubsport S is also painted black. Best of all, it will always be a two-door with manual transmission to keep its weight down. 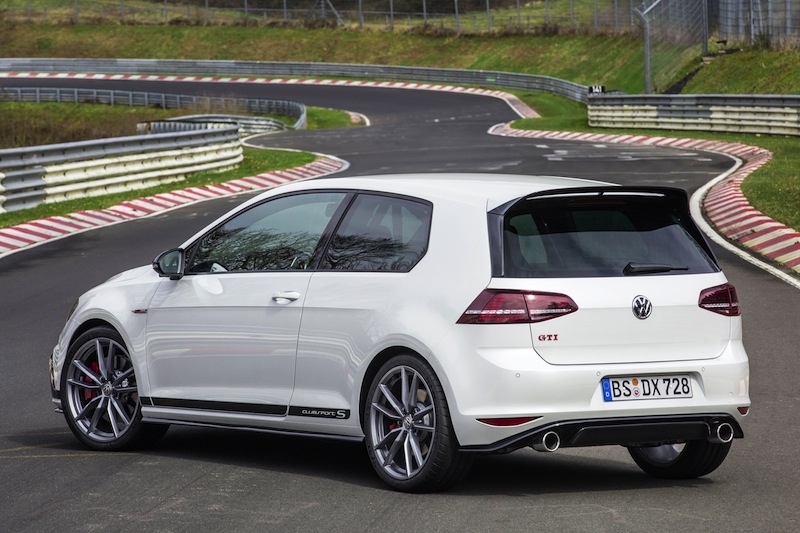 The Golf GTI Clubsport S, which produces 380 Nm at between 1,700 and 5,300 rpm is a two-seater. Doing away with the rear seats, including the central armrest, for example, accounts for the most noticeable weight saving. A smaller battery, as well as doing without details such as the insulating material, the variable luggage compartment floor, the rear parcel shelf, the floor mats and the bonnet damping pushed the weight down yet further. An aluminium subframe on the front axle and aluminium brake covers resulted in further weight savings. 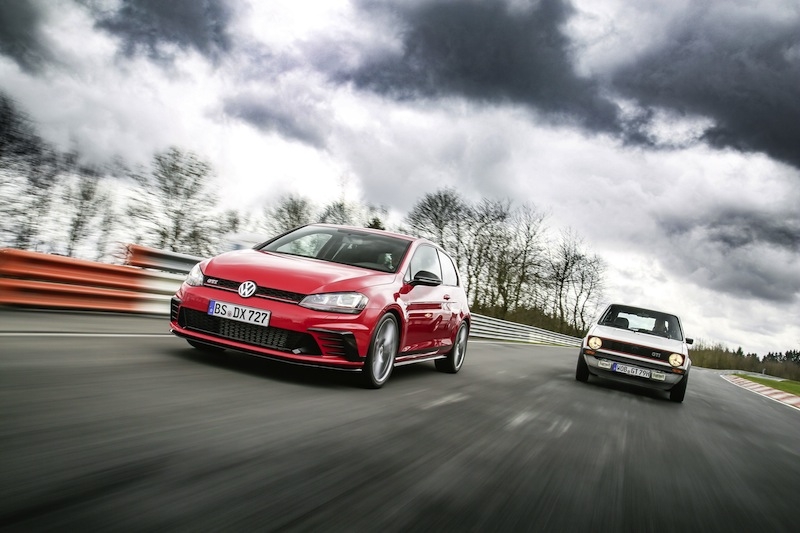 The 235/35 ZR Michelin Sport Cup 2 tyres mounted on 19-inch “Pretoria” alloy wheels, which are so important for performance, the equally essential DCC, as well as a strut brace, a partition net behind the seats and a carpet in the rear, on the other hand, added weight, leaving a total weight reduction of approximately 30 kg, in comparison to a similarly equipped Golf GTI Clubsport. Also, newly developed exhaust system sees tail pipes with an enlarged cross-section produce strong backfire when braking. 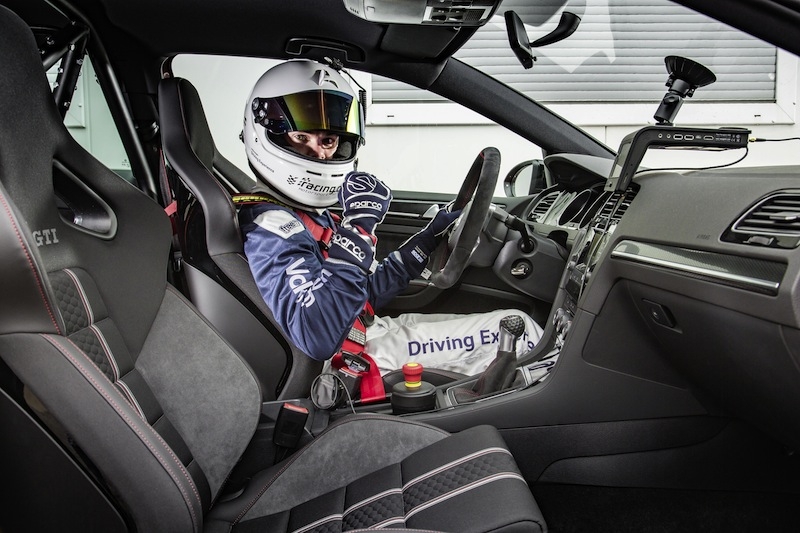 The new Golf GTI Clubsport S has a special sport chassis. The chassis experts also reconfigured both of the axles of the Golf GTI Clubsport S. Take, for example, the rear axle: the modular performance axle has been given extra potential for directional control in order to achieve higher lateral accelerations. 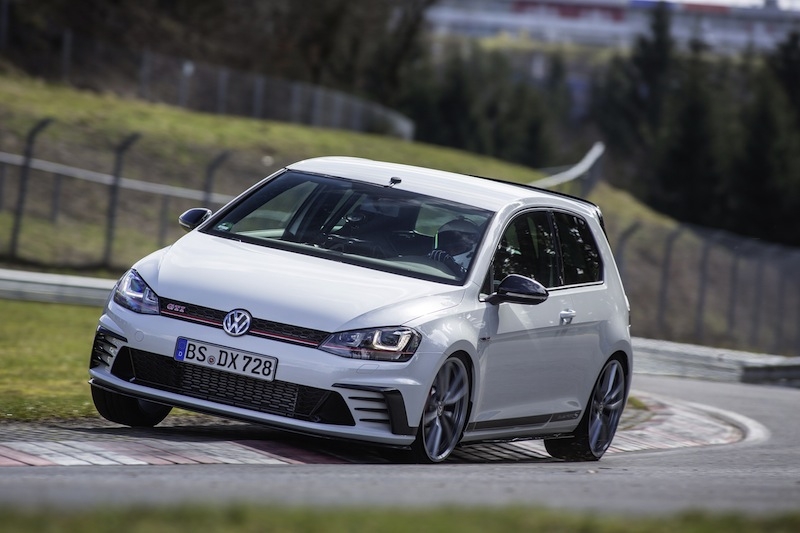 The Clubsport S is characterised by similarly good balance to the “normal” Clubsport, even at higher levels of lateral acceleration, allowing even higher cornering speeds. Braking performance was also perfected, in particular to prevent the rear-end from breaking away, especially when braking into very fast corners. Combined with the aerodynamics measures, this results in the driver being able to brake into bends with the Golf GTI Clubsport S in a controlled way, without losing driving stability, resulting in extremely good driveability up to the limits. 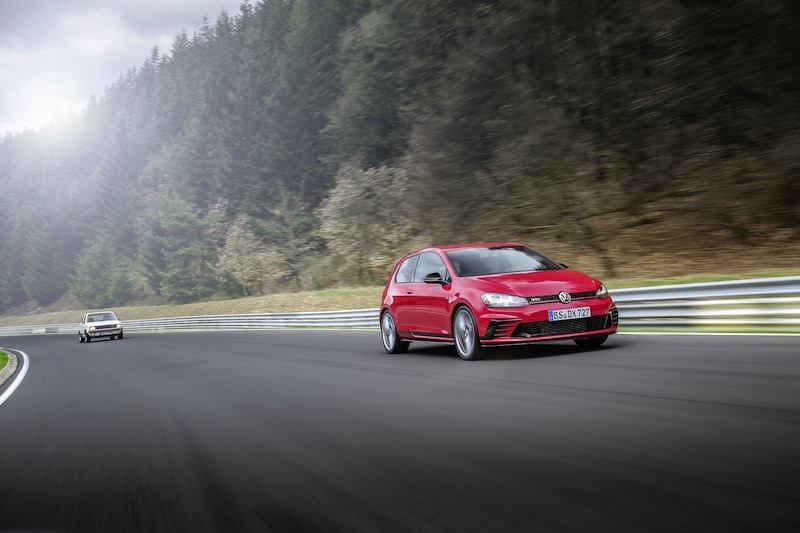 All that said, it is the record lap time around the Nordschleife that really demonstrates how exceptionally fast this car actually is. 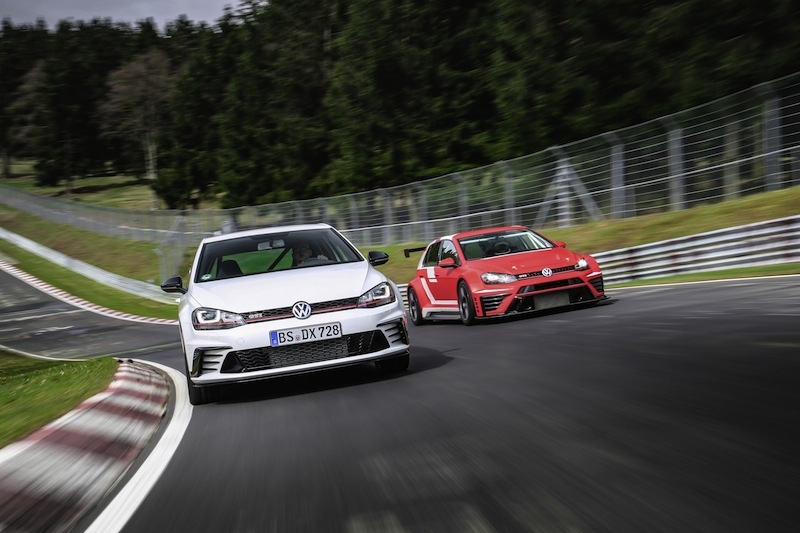