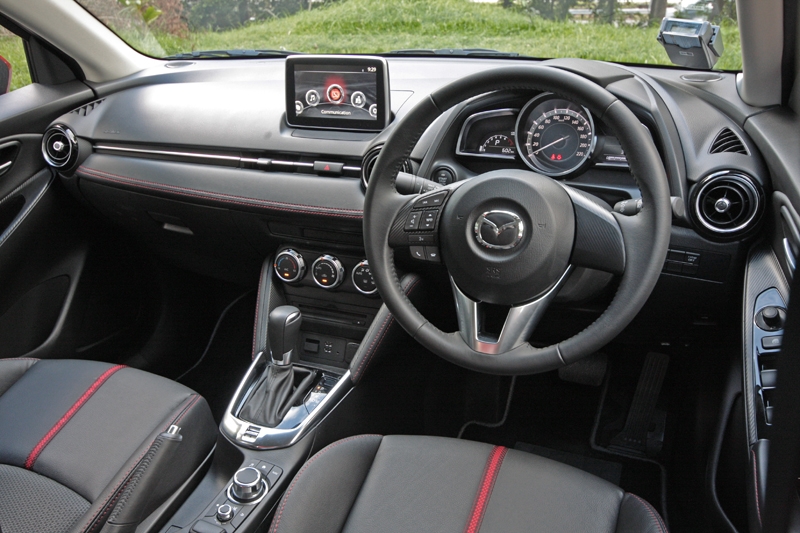 For young drivers looking for their first, worry-free mode of transportation, the Mazda 2 Sedan has a lot going on

Lets just cut to the chase: This is the new Mazda 2 Sedan, and it is one impressive small sedan. First of all, I would like to begin by pointing out how highly improved it is when compared to its predecessor; while you cannot deny inside is a largely plasticky place, the cabin manages to reek style and functionality at the same time. Yes, it is assembled in Thailand unlike its hatchback brethren that are put together in Japan, but if you were to put a person through a blind test, they simply cannot tell the difference. At all.

Particularly in this Deluxe grade. You get seats, dashboard and steering wheel that are all wrapped in leather. Then in a show of high attention to details, you get faux carbon-fiber bits on all doors, center console and steering wheel; some may find it distasteful but if you were to ask me personally, it sure beats having one-toned plastic throughout the entire cabin. While at it, the cockpit may not appear as fanciful; Mazda manages to still keep things pleasant and tidy by making every control buttons clearly labeled and well put together, air-con blowers properly positioned (even BMW gets this wrong at times, mind you) and for that premium touch, Mazda’s MZD Connect along with a 7-inch TFT Multimedia system, comes standard. Oh yes, reverse sensor and camera is fitted at no extra cost as well. 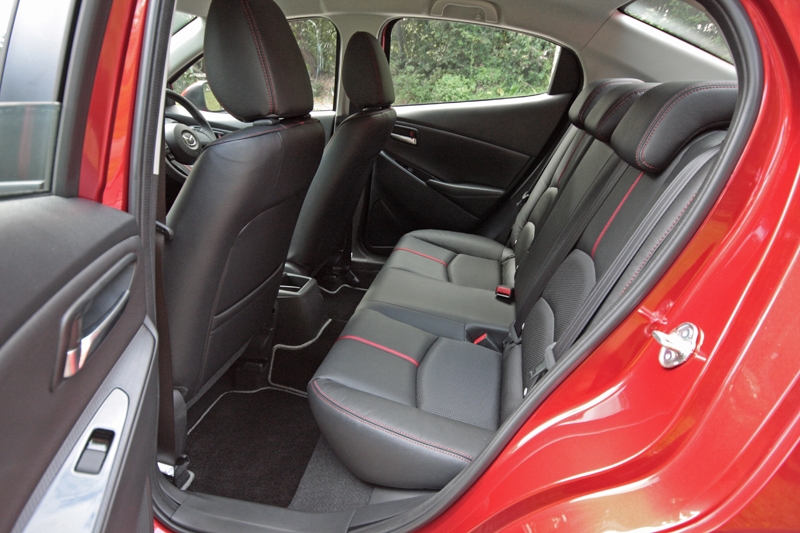 The goodness of the interior does not end there. With wheelbase at 2,570 mm and width of 1,695 mm, it somehow manages to feel more spacious than the Honda City and Nissan Almera (I haven’t personally sampled the Mitsubishi Attrage and Suzuki Ciaz, hence I shall not comment; the Toyota Vios is no longer available locally) as a whole. That said however, there is no denying how the Almera offers the better legroom still. 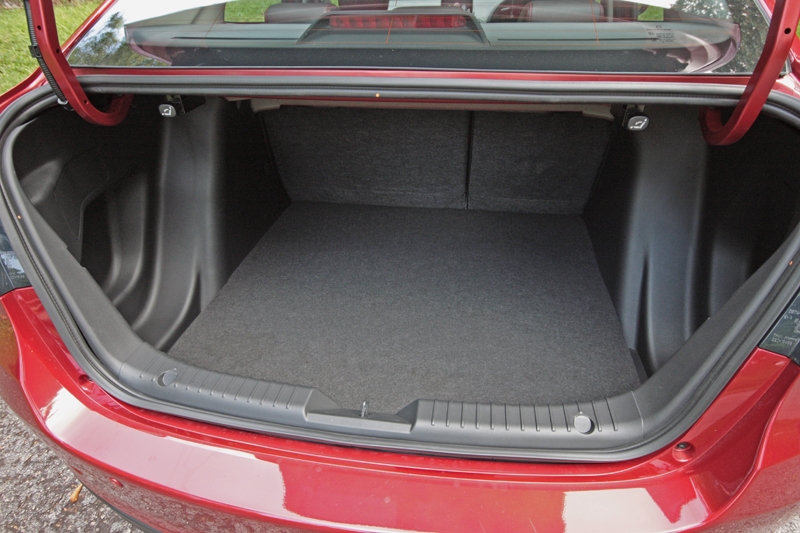 Its rear bench accommodates three average-sized adults without a hitch, then again, it is comfortably best for two over long-distance trips; the transmission tunnel unfortunately gets in the way. Now for another not-so-good news: boot space is not the biggest in class. In fact, the 440-litres it offers is the smallest next to the Honda City (510-litres), Suzuki Ciaz (510-litres), Nissan Almera (506-litres) and Mitsubishi Attrage (450-litres). This, if you were to scrutinize the photos properly, could be attributed to the fact that Mazda was trying to keep the proportions right and not compromise on styling — at least this is no faux pas like… Hmm… Its predecessor and the fourth-gen City. If I may add, it instead has similar cues to its much elder sibling, the 1990s Mazda 121 sedan — remember that one? 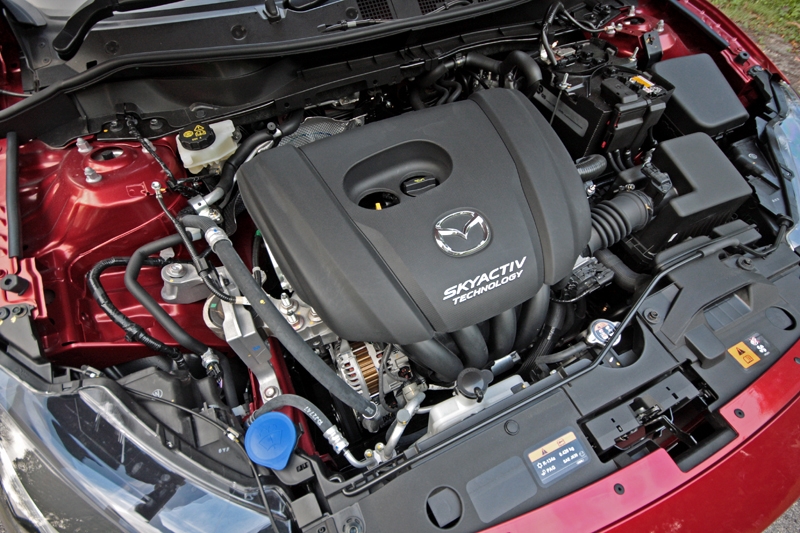 Powering the Mazda 2 Sedan is a 4-cylinder, 1.5-litre SkyActiv-G engine mated to a 6-speed automatic transmission. With that combination, power output is a healthy 114 bhp and 148 Nm; add that to the 1,079 kg kerbweight, and what you get here is a light-footed small sedan that sprints forward in a highly pleasant manner. To the point that the declared 9.9 seconds 0 — 100km/h sprint sounded like a big lie. 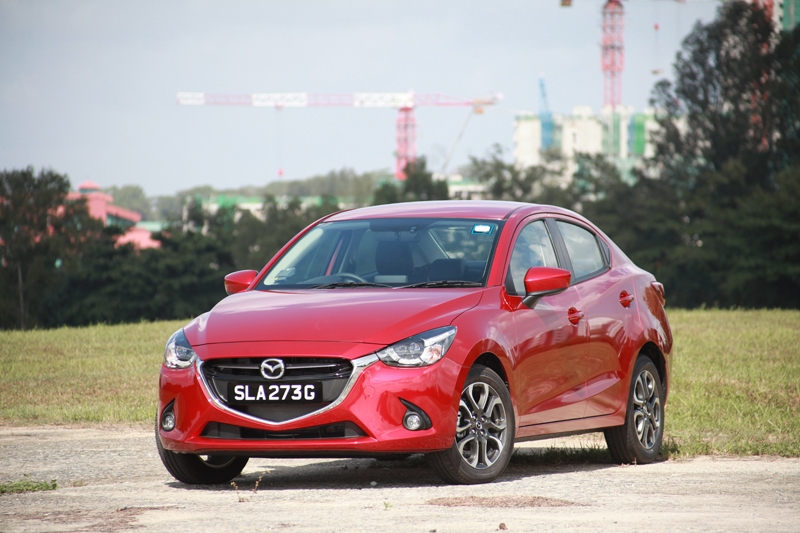 In town driving, you rarely catch the car out of breath, sprinting from one junction to the other without embarrassingly feeling underpowered or breathless. While it feels willing to go all the way to its 6,500 rpm redline, it does seem to be highly vocal anywhere past 4,500 rpm. By the way to make it more engaging, a subtle ‘Sport’ switch is also placed just below the gear-shifter; no, it won’t transform the Mazda 2 into a GTR, but what it does is hold the gears longer for you to overtake or, while being a wee bit naughty, prevents the transmission from shifting up prematurely as you throw it from one corner to the other. 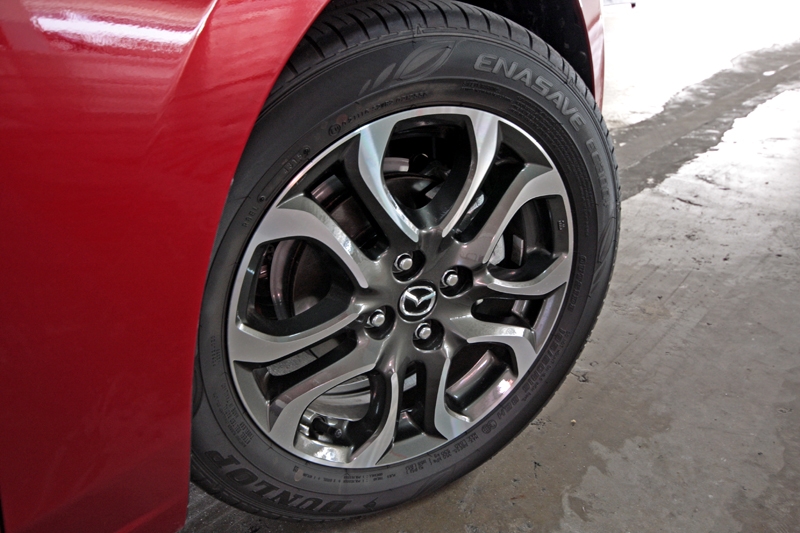 Since we are at the topic of handling, I am glad to report that this car here comes with a highly capable chassis. Steering feedback is excellent by class standard and grip is available up to the limit. That second bit has to be credited to the standard traction control system, as the tyres provided — comfort-biased 185/60 R-16 Dunlop Enasave EC300 rubbers — are simply lackluster. 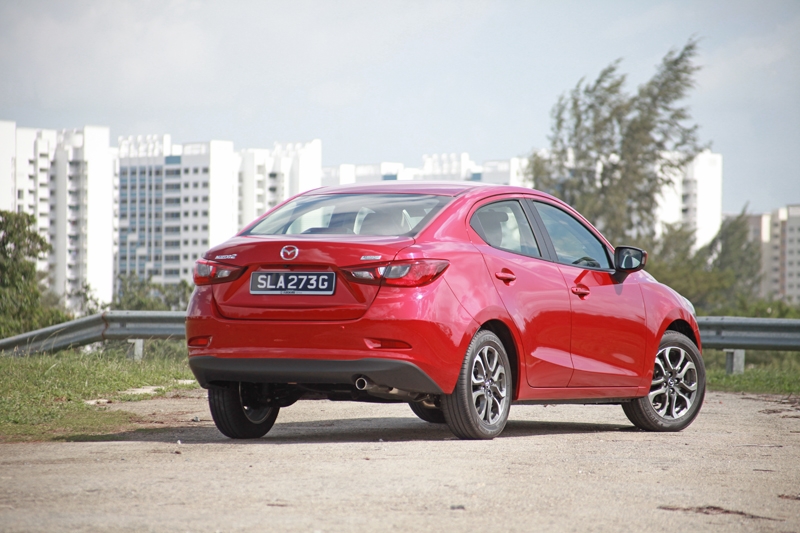 Out on the expressway, the cabin is well insulated against wind and engine noise, although the lack of tyre well insulation does expose tyre noise in an obvious manner — Honda’s City feels more substantial in this aspect. 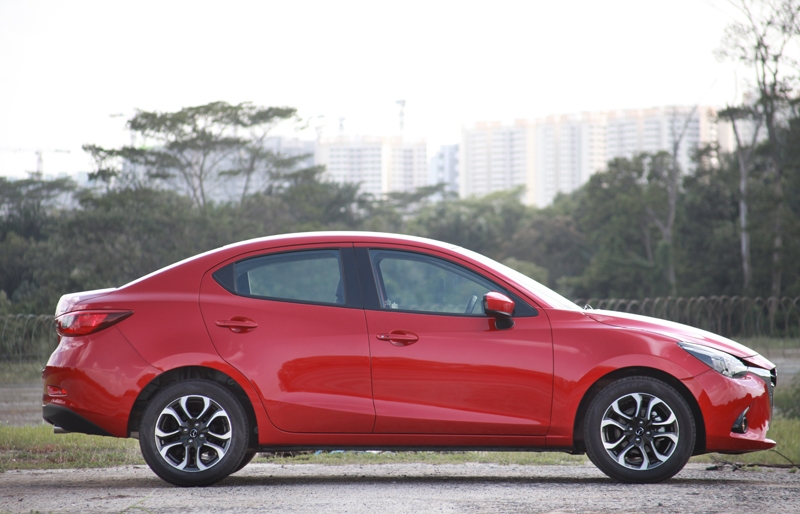 In a nutshell, the new Mazda 2 Sedan would be an excellent choice as your first brand new car or the family’s second. As highlighted above, it does have some issues, particularly the not-so-big boot and tyre noise intrusion at expressway speed. But when you look at the exterior style, class-leading build quality, Mazda’s attention to (interior) details, respectable handling and the extensive equipment level (oops, did I miss out the LED headlamp with daytime running light?), it does sound like one irresistible package. 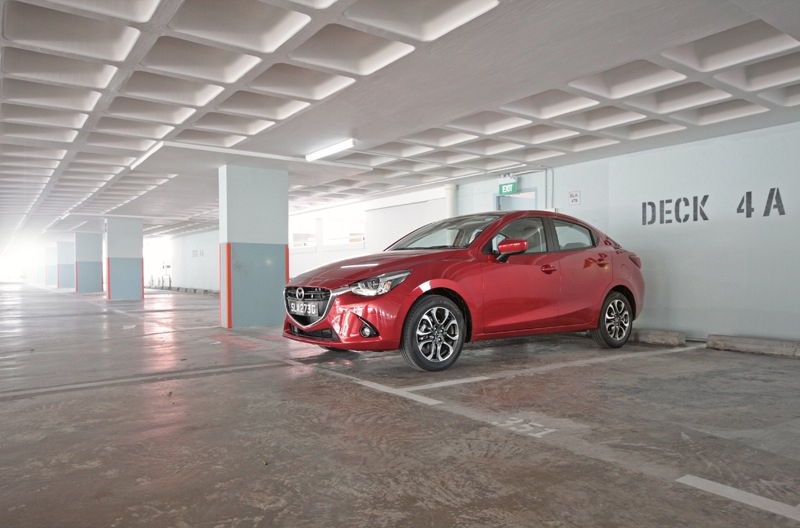 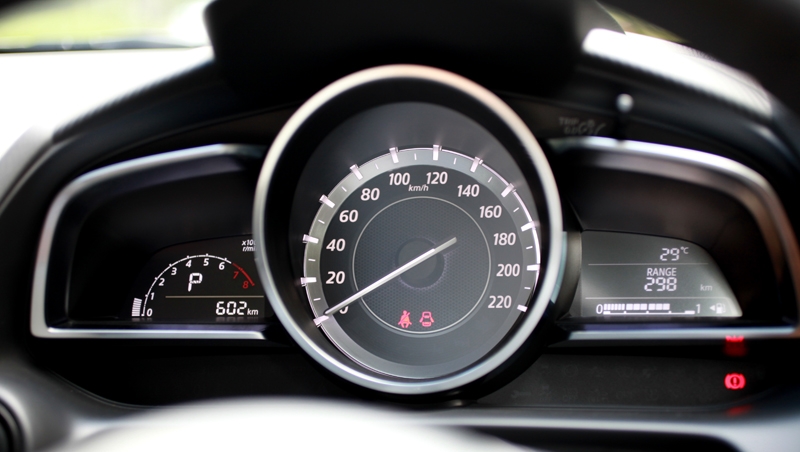 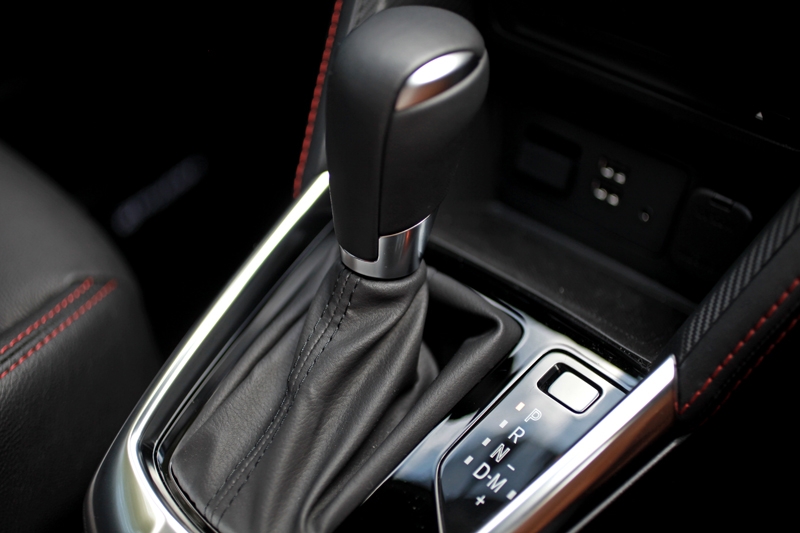 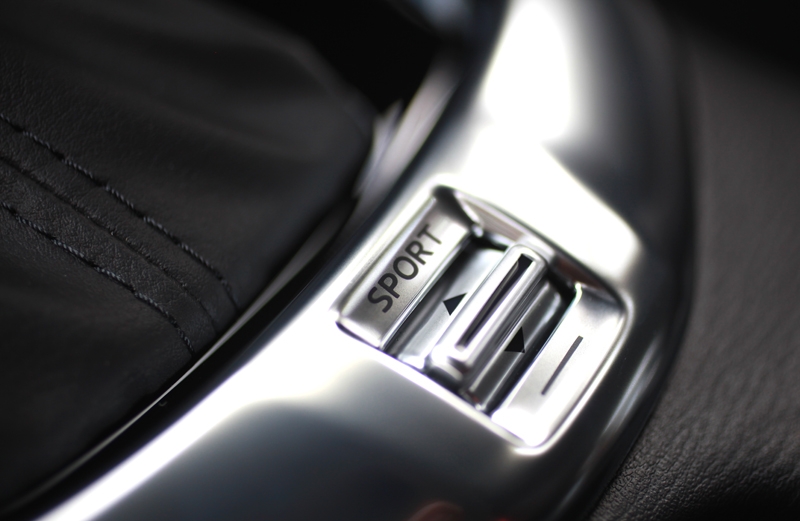 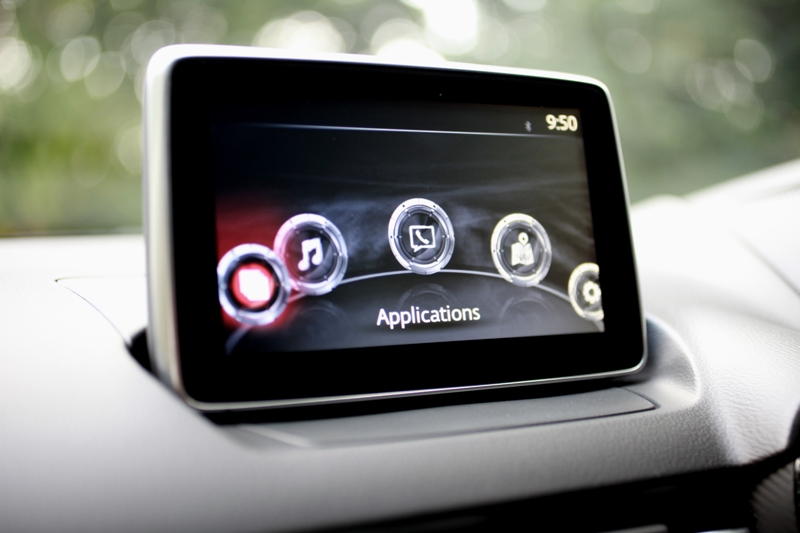 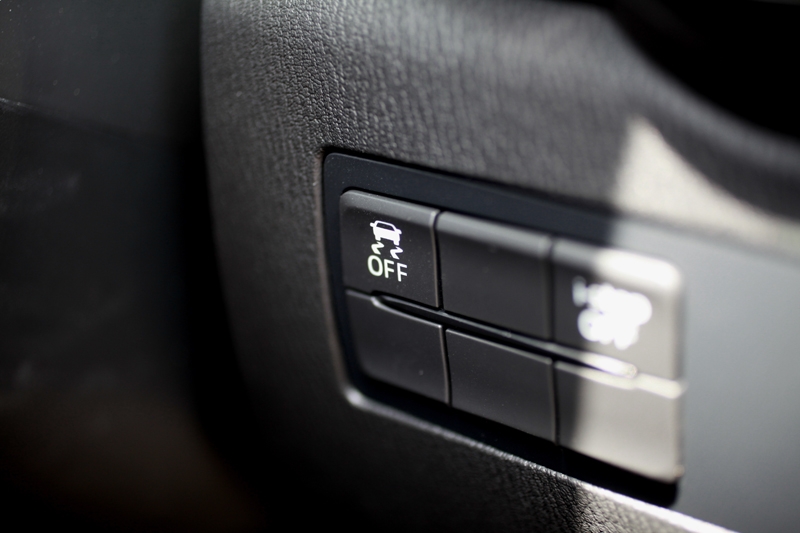 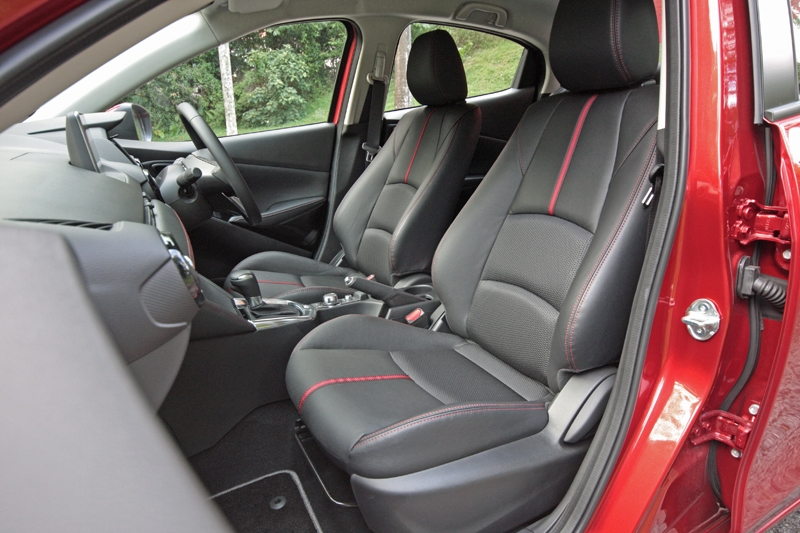