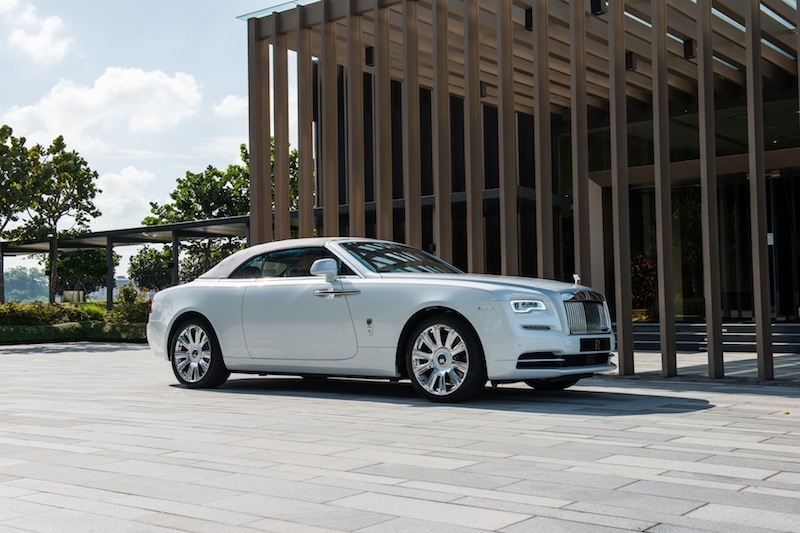 With this tiny red dot recognised by the brand as the 'centre for the super luxury', the Dawn made its Southeast Asian debut in Singapore

Rolls-Royce Motor Cars usher in their full four-seater, super-luxury Drophead Coupé Dawn in Singapore, for the first time in Southeast Asia today. The company’s first new convertible in 8 years, Sentosa Island was chosen as the launch venue which is also one of the region’s most exclusive social hotspots. 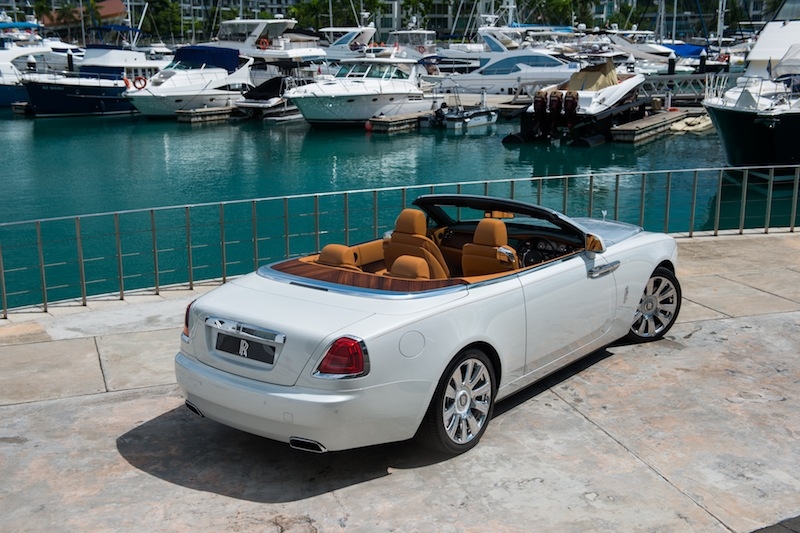 Dawn’s highly contemporary, four-seat super-luxury Drophead is Rolls-Royce's evolution in terms of design language with one clear objective: to make a car that looks as beautiful with either the roof up or down. Although a fabric roof was decided, the goal was to make it the quietest convertible car in the world today. The result? Rolls-Royce’s engineers have paid great attention to Dawn’s roof, which is claimed to deliver the silence of a Wraith when up. The roof takes 20 seconds to hide and this can be done even up to a cruising speed of up to 50km/h. 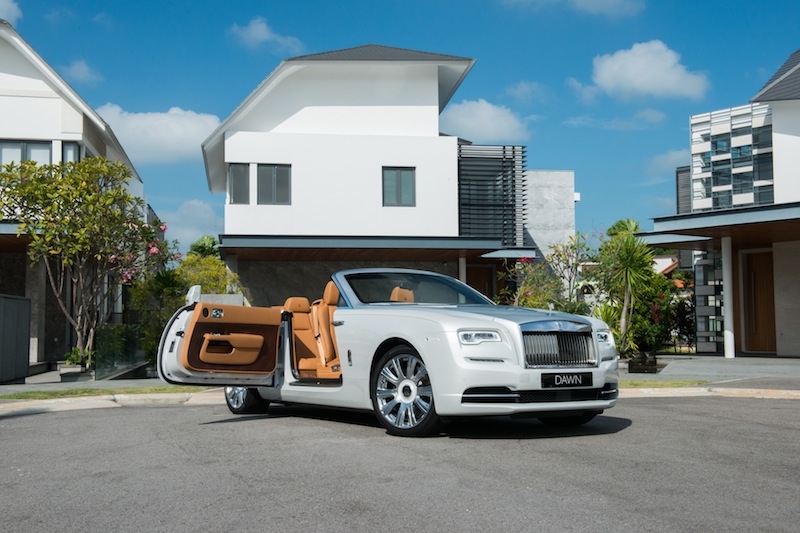 In fact, the mechanism of Dawn’s roof is so smooth and noiseless, it is called the ‘Silent Ballet’ while operating. 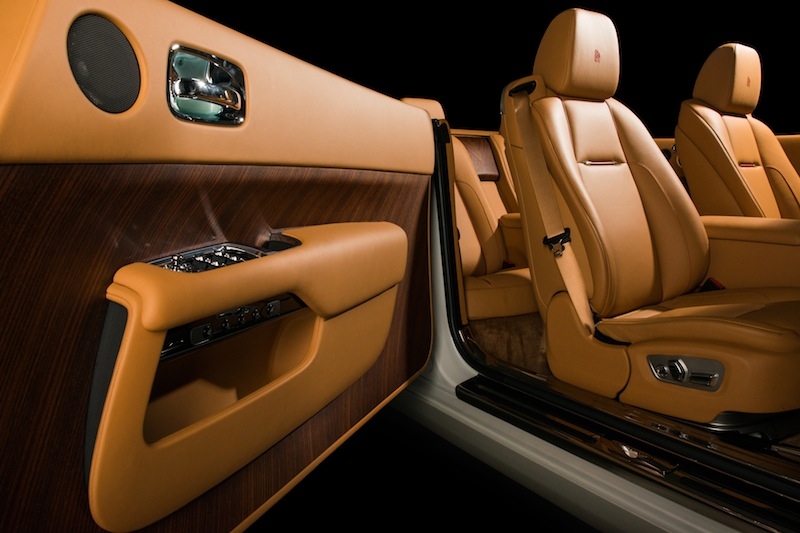 “At Rolls-Royce, we pride ourselves as creators of fine motor cars that also serve as social spaces”, comments Rolls-Royce’s Design Director, Giles Taylor. 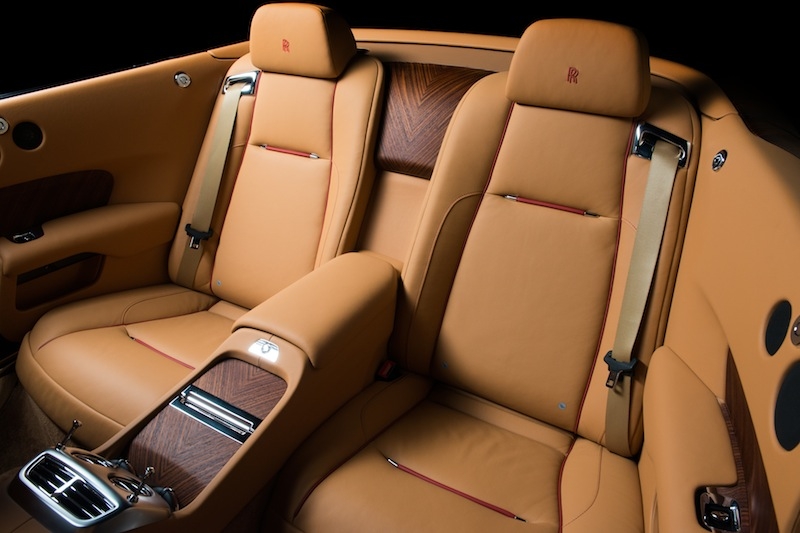 “The idea of creating a car like Dawn that can be used in comfort by only two adults on a day to day basis is anathema. In creating Dawn we have accepted no compromise to the comfort and luxury of four adults who want to travel together in the pinnacle of style”, he continued. Open-pore Canadel panelling traces the horse-shoe shape of the rear cabin, whilst the wood on the deck, which can be chosen to suit individual taste, flows down the ‘Waterfall’ between the rear seats, and around the cabin clothing the interior door panels. 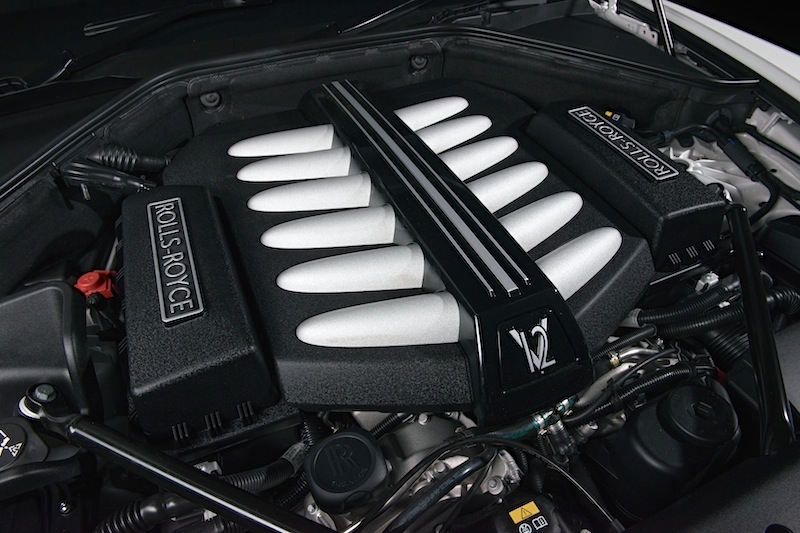 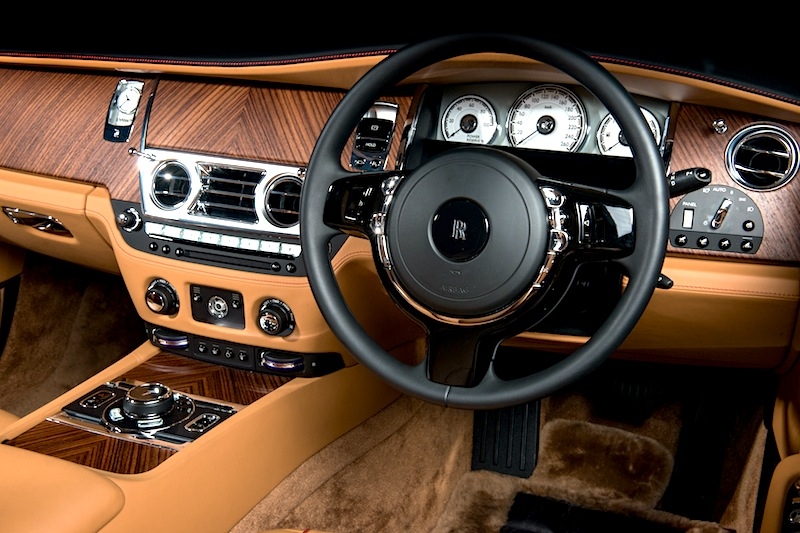 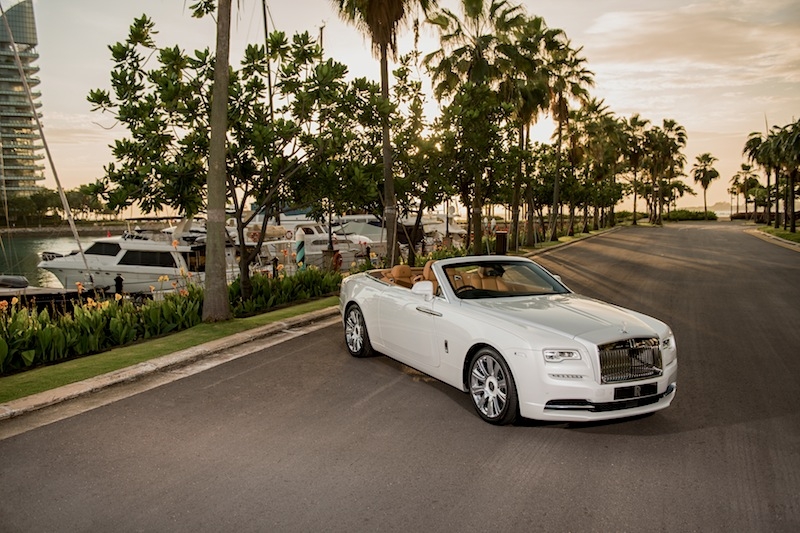 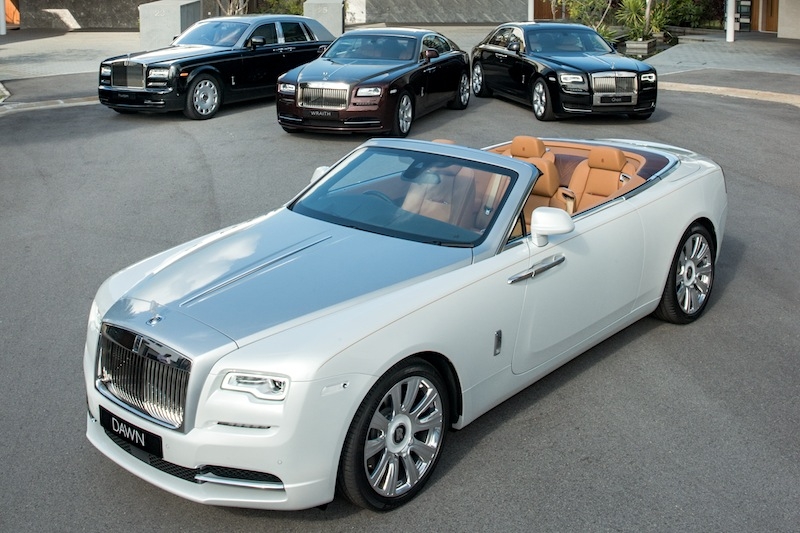