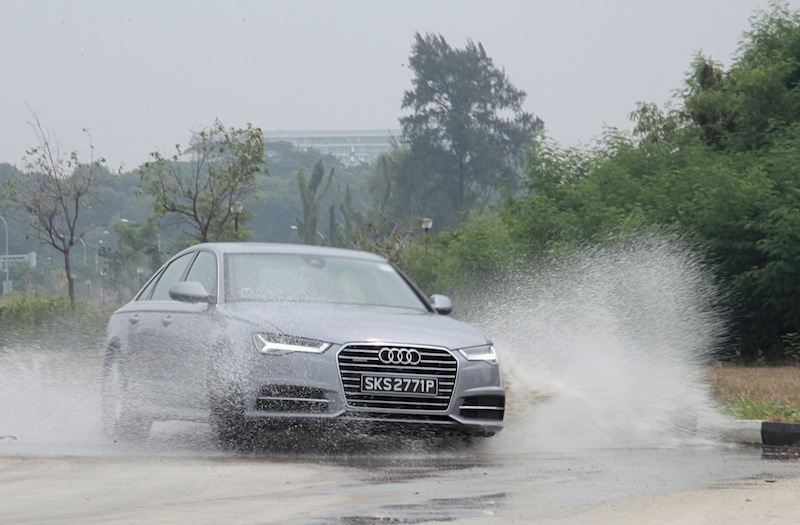 In the past when you wanted a large executive sedan, the choices were simple: either a BMW 5 Series or a Mercedes-Benz E-Class. You’re either a Beemer or Merc person – just never both.

But then along came Audi with their new A6, and the whole order of things went out the window. Suddenly you have to test-drive all three cars if you cannot make a decision; heck, even brand stalwarts were crossing over - doesn’t help that the three brand’s showrooms were located just a stone’s throw away from each other - to make sure they do not make the silly mistake of buying the wrong car. 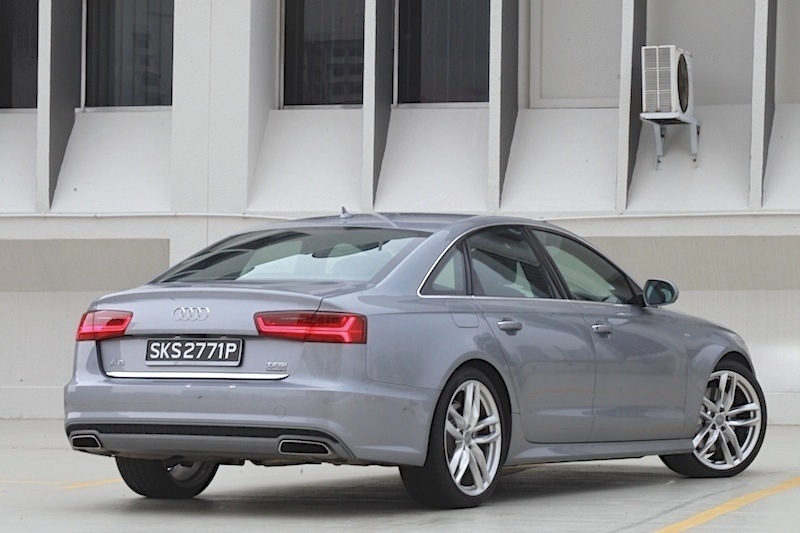 To be honest, I’ve always had a soft spot for the 5 Series; to be specific it would be the 528i simply because it has the best balance of the lot; the 535i won’t be the one to have because it’s scarily thirsty and I can’t see myself visiting the tyre shop every three months just to change the rear set. Have you seen the prices of tyres lately? Egad. 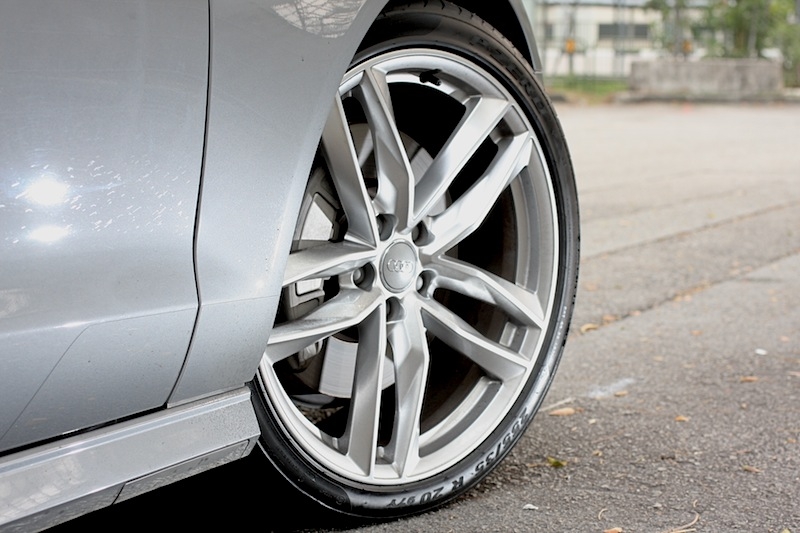 The E-Class? Well they’re pretty much faultless and I’m not being sarcastic here. It does exactly what the label says, but the problem here is there are just so many of them plying our roads as part of the public transportation fleet. Heck, even a certain local bank has a fleet of them as a personal limo. It’s a premium brand yes, but it no longer provides the premium image it once had. 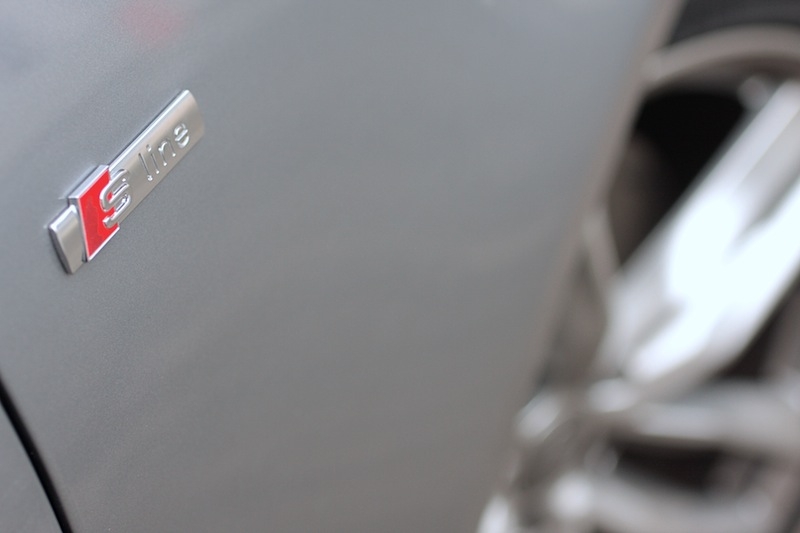 That said, Audi passed me the key to their latest A6 3.0 TFSI quattro recently and I would like to very clearly say how brilliant this car is. 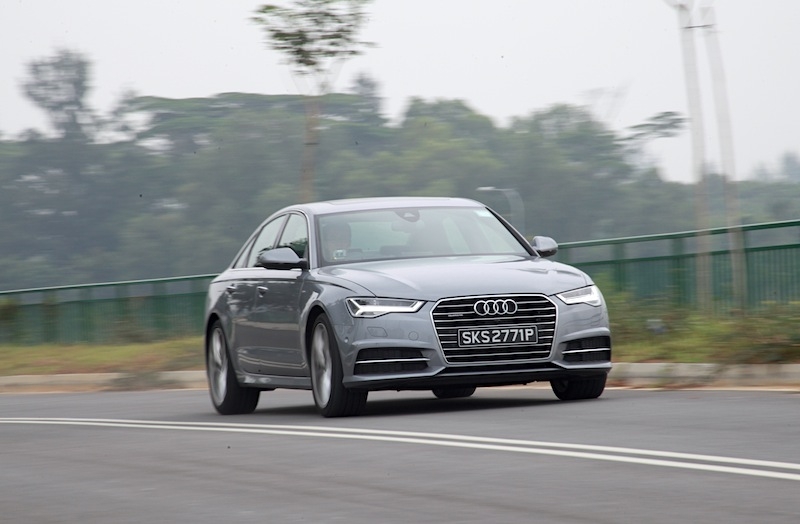 There is Audi’s trusty quattro all-wheel drive mated to a rightly balanced suspension set-up system; this is then topped off with a highly satisfying steering that runs like magic. To be frank, you can rarely get all these out of a car of this size and stature as comfort is usually the order of the day; if those are your priorities, then let me point you in the way of Infiniti, whose Q70 I will review next. Audi has somewhat gone against the segment norm by giving the A6 3.0 TFSI a tinge of sportiness not felt elsewhere - lovely. 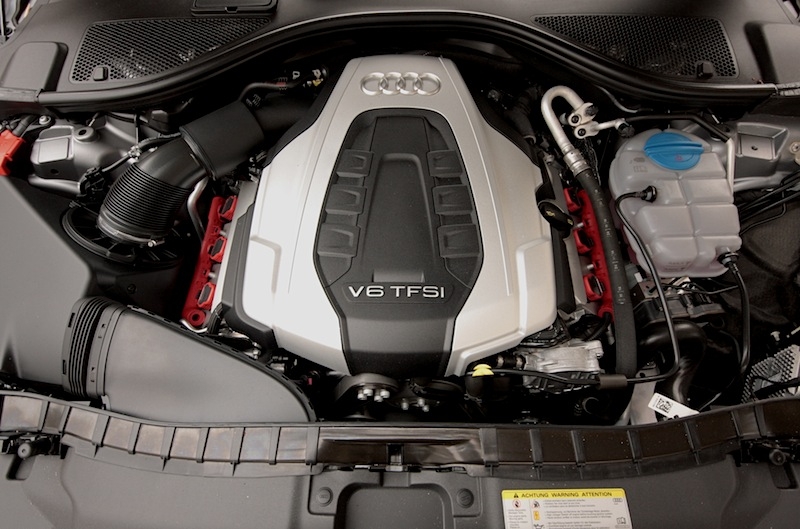 Besides the praise-worthy handling, there is wholesome firepower available at your disposal too. Under the hood lies a 3.0-litre supercharged V6 powerplant that’s mated to a 7-speed dual-clutch S-tronic transmission, and this pairing equates to 333 bhp and 440 Nm worth of torque. Zero to hero takes only 5.1 seconds as well, which is good enough to scare off almost everything else you see on the roads (except those white Volvo S80 T5s with bright orange liveries and light bars on the roof). Most importantly, it is the fastest next to the 535i and E400. 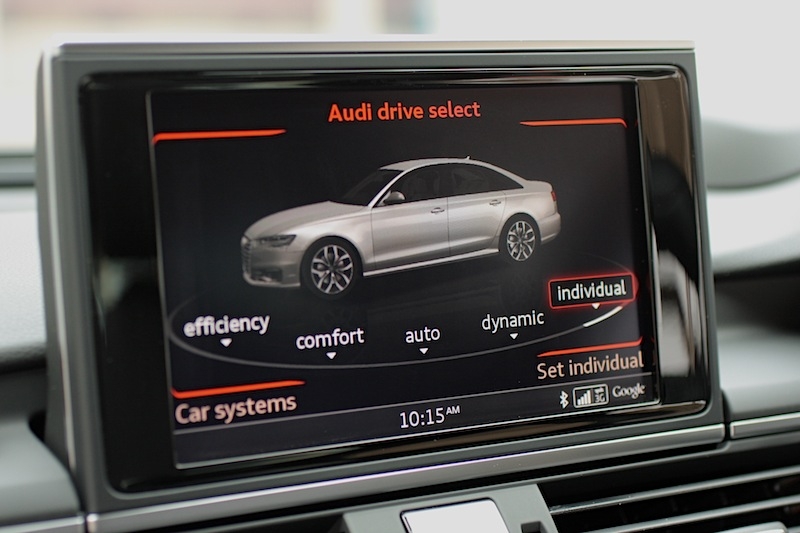 But this is not saying the A6 is out to risk your precious driving license. Because Audi allows you to drive the car in four different modes - namely Comfort, Auto, Dynamic or Individual — it simply means when you’re out with the family, you can swap to Comfort to ensure everyone doesn’t throw up after the buffet dinner. Then when you and some friends decide to head up north for a breakfast drive, select Dynamic and you could see how agile and lithe it goes about attacking one corner to the other — the 535i and E400 may be able to do this task too, but the A6 does it best. 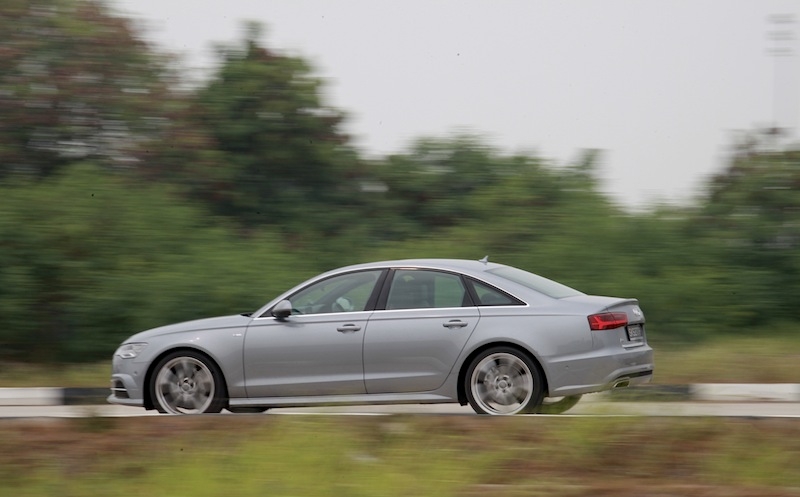 Its anchors are equally brilliant. You don’t need much pressure to slow it down and in a real emergency situation, a solid stomp brings it to standstill from three-figure speeds in an assuring manner without any hint of brake fade. Even when caught in a situation as similar to an elk test, the A6 seems unfazed as you wrangle the steering wheel to avoid any expensive repair bills; like it’s telepathically telling you, ‘No worries mate, I can handle this’. Such an important aspect for a sedan this size in our little island filled with ‘wonderful’ drivers… 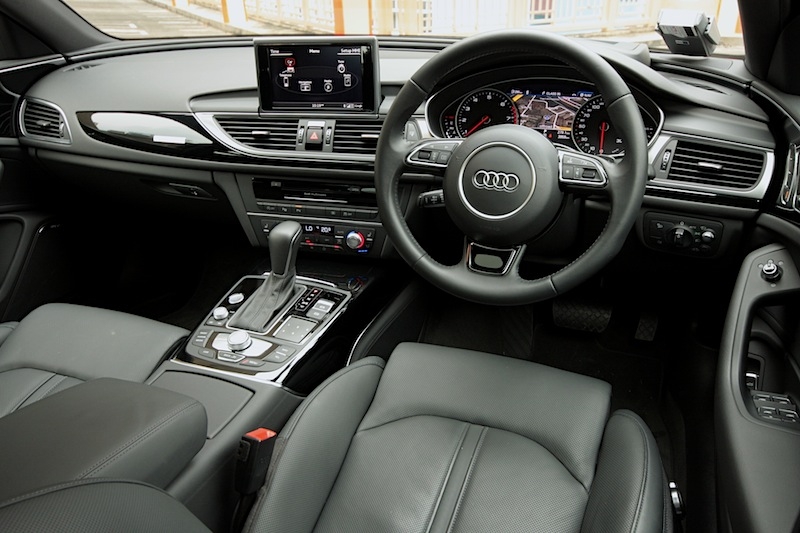 Interior wise, there’s nothing to complaint as the car offers both superior build quality and most importantly, brilliant architecture. If you’re familiar with an Audi, it’s business as usual with control buttons all placed easily within the driver’s sight. A first in the A6 range is the head-up display that shows both speed and directions (when you use the GPS). Like the rest of the 2015 Audis, a high quality TFT display placed in front of the driver also comes standard; this allows them to toggle between the car\'s myriad of control (e.g. Drive Select), navigation, and Bluetooth. 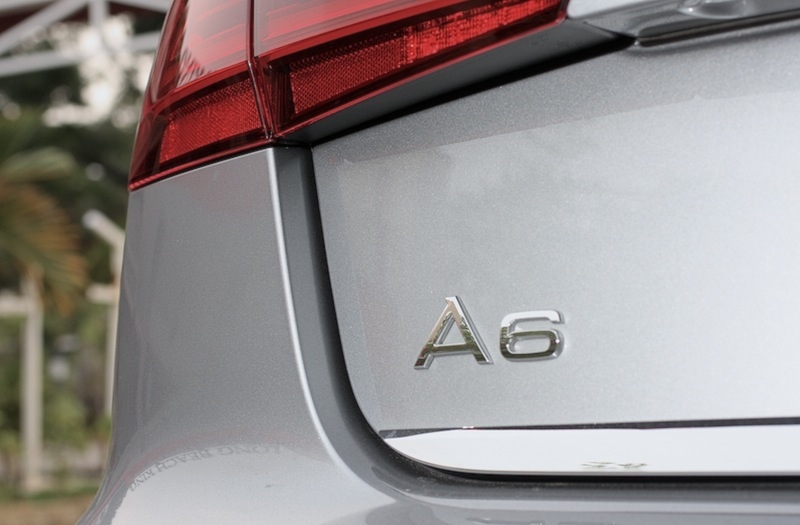 As a whole, this particular variant of the A6 provides the best combination of power and gentlemanly image; the enjoyable handling is a big bonus too. 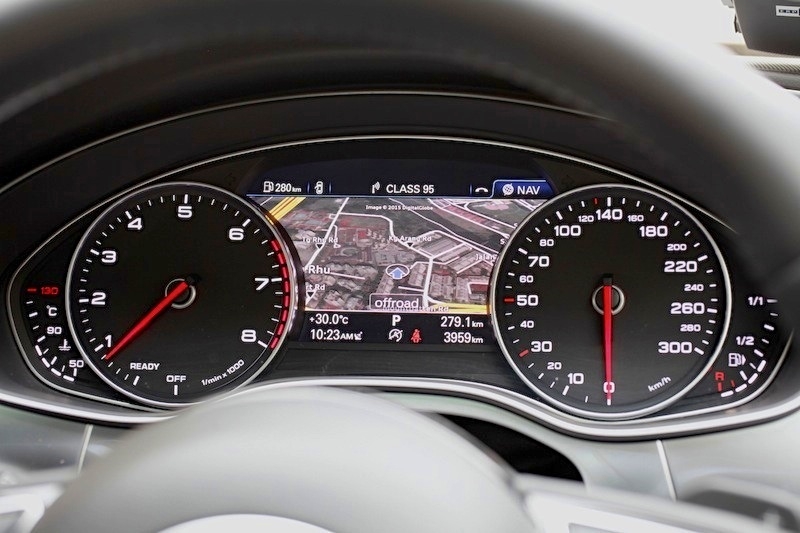 But then when it comes to the price tag, it holds you back. Not only because it’s the priciest German in the lot, but also because the BMW M5, that offers more street cred and character (not forgetting power), is just a stone’s throw away… 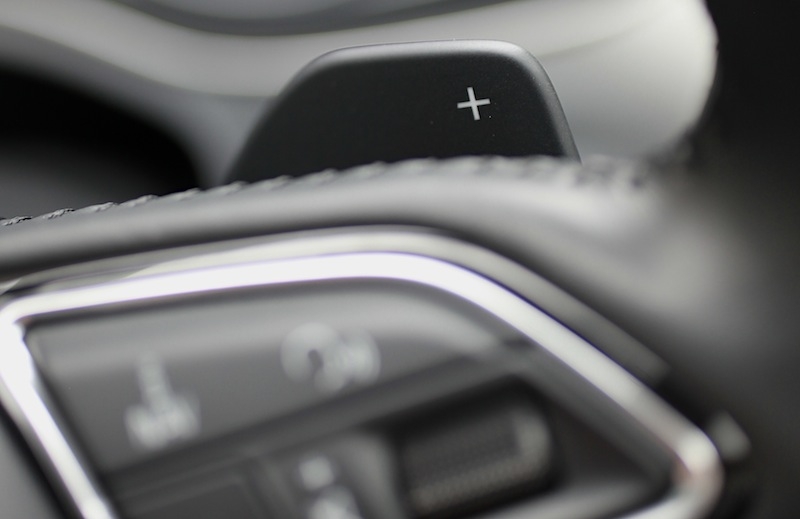 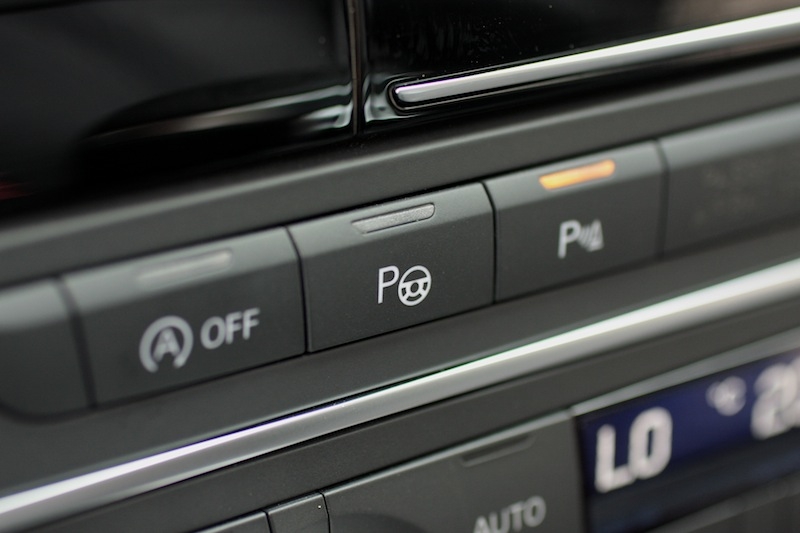 At the press of this button, the A6 will park itself for you - yes, either parallel or perpendicular lots. All you need to do is sit back and just modulate the brakes 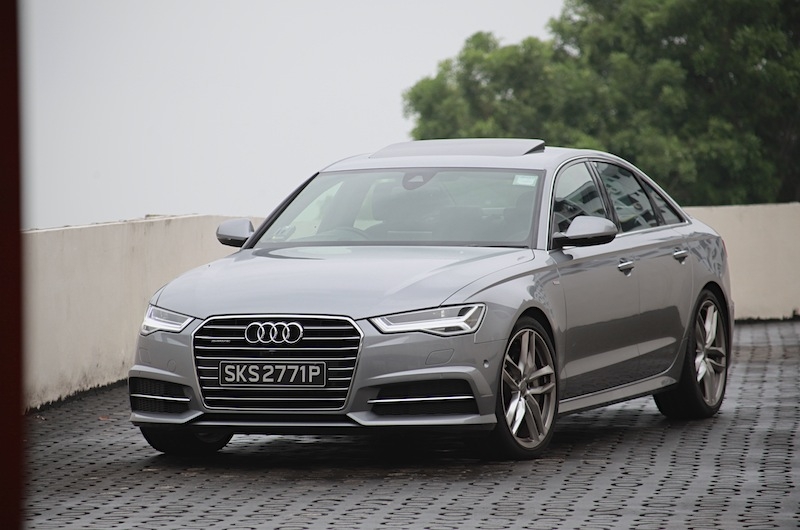