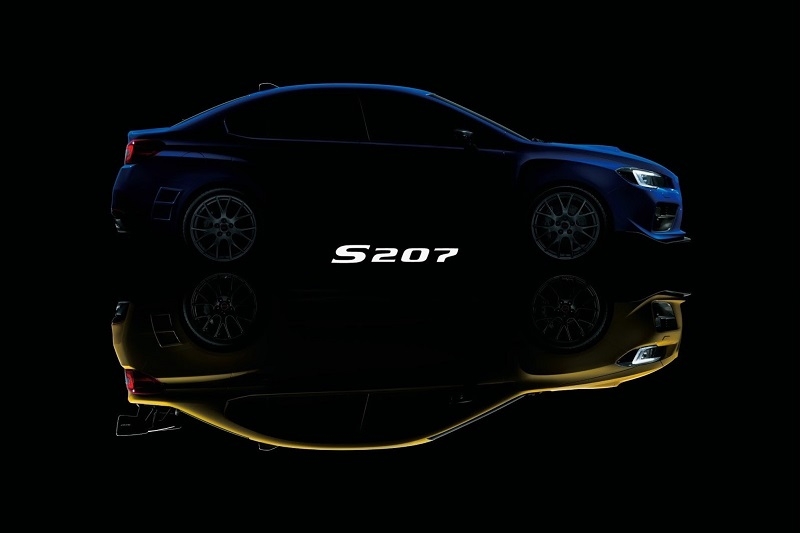 With turbo power and all-wheel drive the Subaru STI is already adept at covering ground quickly. The new S207 takes that formula and concentrates it further.

With Subaru's propensity for releasing many special variants of the STI, some background is in order. What exactly is an "S" badged Subaru? Well, back in 2000 Subaru released the S201, a limited production variant based on a standard STI, but blessed with more power, bespoke suspension and a very, ahem, “distinctive” bodykit. Aside from the S202 which was based on the lightweight STI Spec-C, subsequent versions have all followed the same theme; build on the regular STI so it retains the refinement and amenities of the base car, but with substantial revisions for even more performance.

The revisions in question on this latest model, the S207, begin with the exterior, where the standard STI's flared fenders are supplanted by redesigned bumpers sporting a more aggressive splitter up front and air outlets at the rear. Filling the flared fenders are larger 19 inch BBS forged wheels wrapped in wider, stickier tires. Interestingly the standard S207 does without a rear wing, but you can get a dry carbon GT wing adorning the bootlid when you opt for the NBR challenge package (the yellow car in these pictures), an option that pays tribute to Subaru's class win in the gruelling 24 hour Nurburgring race earlier this year. 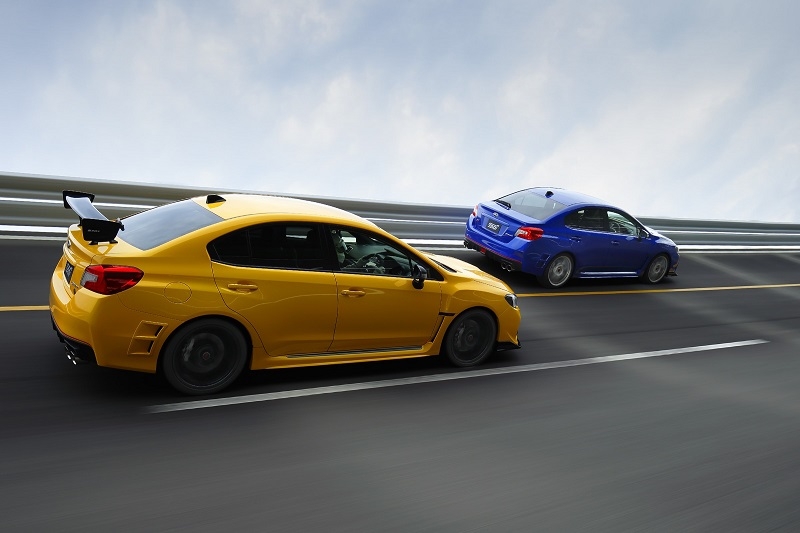 The handling side of things is where the engineers really get into their stride though. The body structure itself has been stiffened by multiple braces and is supported by S207-specific springs and adjustable Bilstein dampers. Suspension movement is also more precisely controlled by pillow-ball bushings which replace rubber in the rear lateral links, while the more sophisticated setup is further exploited by a quicker 11:1 steering ratio and a reprogrammed torque vectoring system. The brakes meanwhile are gloriously over-endowed, with rotors as big as the wheels on a standard STI (18 inches!) being clamped on by 6 piston calipers up front and four piston calipers out back. 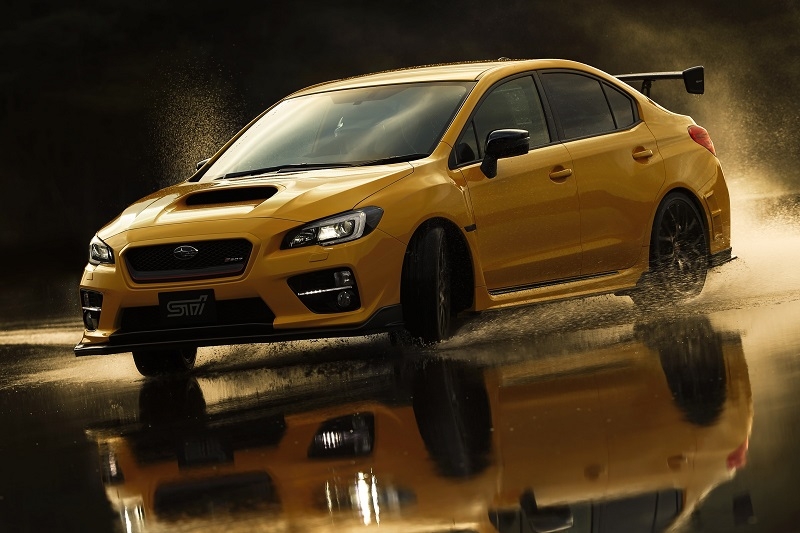 As expected, power is up, to 328hp and 430Nm of torque via balanced engine internals and a new twin-scroll turbo breathing through a low restriction air filter and exhaling through a redesigned exhaust system. Though power is eclipsed by cars like the Mercedes A45 AMG (380hp), the S207's power figure is still nothing to be sneered at, especially given it goes through the same slick shifting 6-speed manual as in the standard STI. 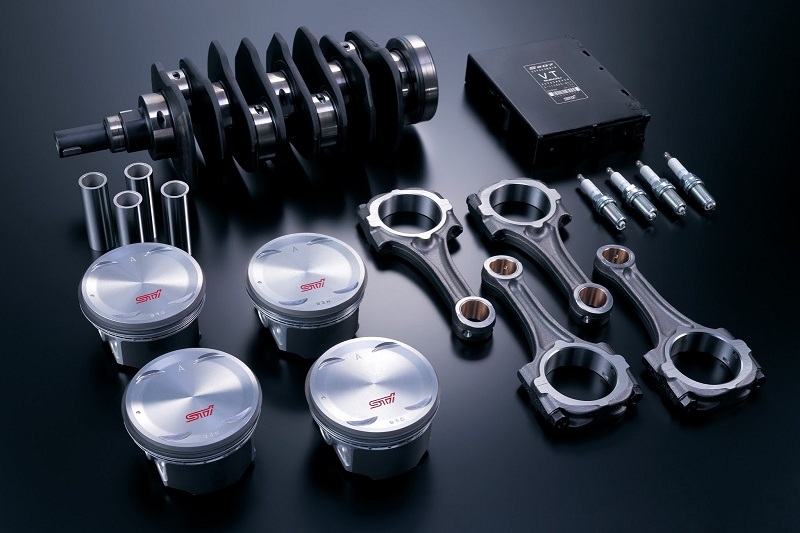 The interior of the S207 has also been revised to befit its limited edition status, with the most notable difference being a set of Recaro bucket seats that hold the driver in place, while a new leather steering wheel and shift knob are said to provide a more tactile feel. Silver stitching and inserts also adorn the seats, door trims and steering wheel while a limited edition plaque with a serial number is displayed on the center console. Cars equipped with the NBR challenge package get the added novelty of having the steering wheel wrapped in suede. 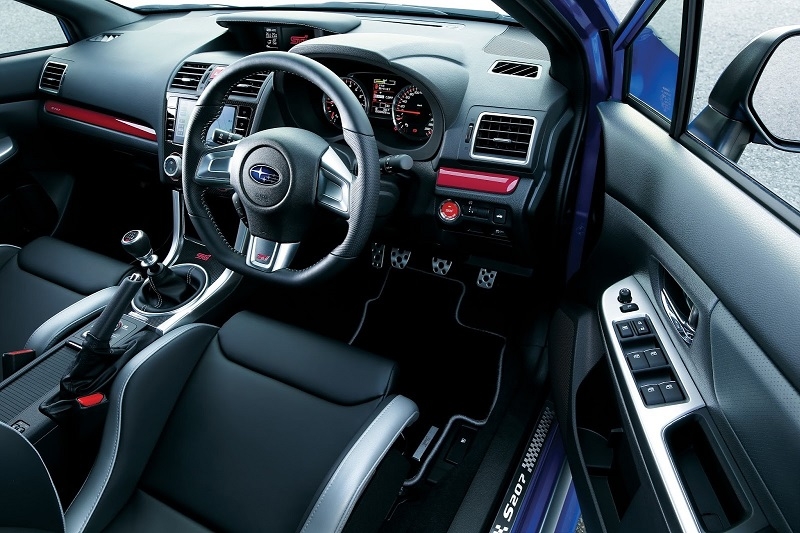 With a thoroughly reworked chassis and a welcome boost in power, the S207 sounds like a tantalizing recipe for fun, whether it’s attacking a twisty road or trashing around a race track. Yet for all this it still has five seats, a sizeable boot and even heated seats. Though it is at a power deficit compared to modern uber-hatches, the real glory of Subaru's "S" series of cars has always been a keen chassis that can out-corner anything else. The latter prospect certainly piques our interest, but sadly it’ll be off-limits to most of the world as only 400 S207s will be made for the Japanese Domestic Market. 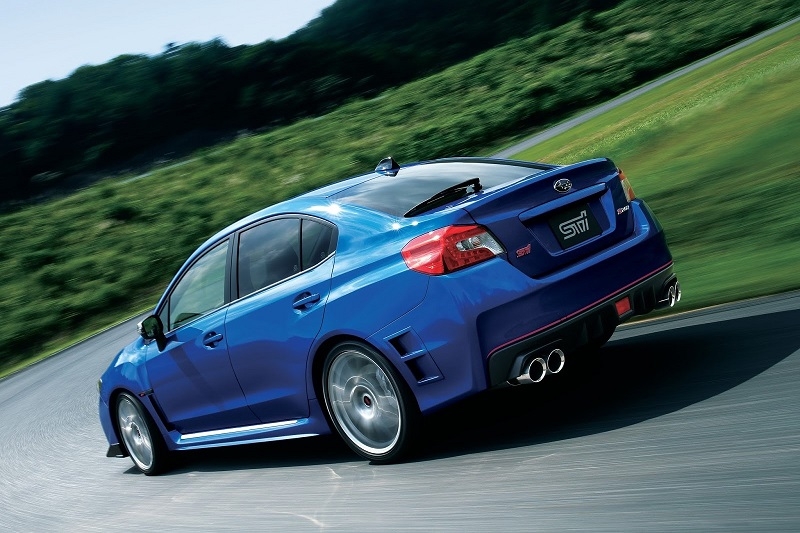 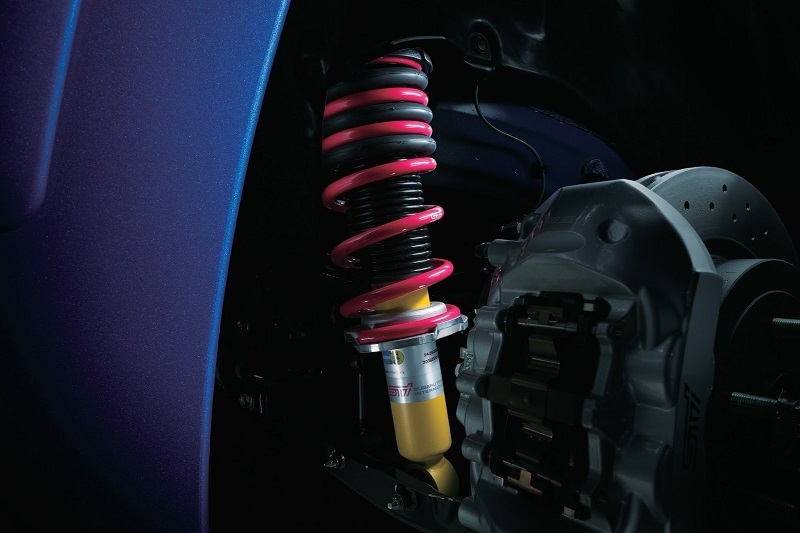 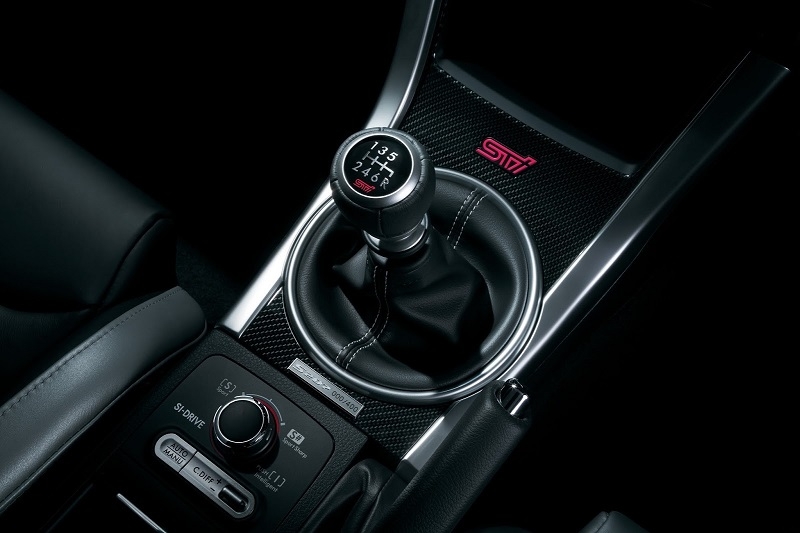 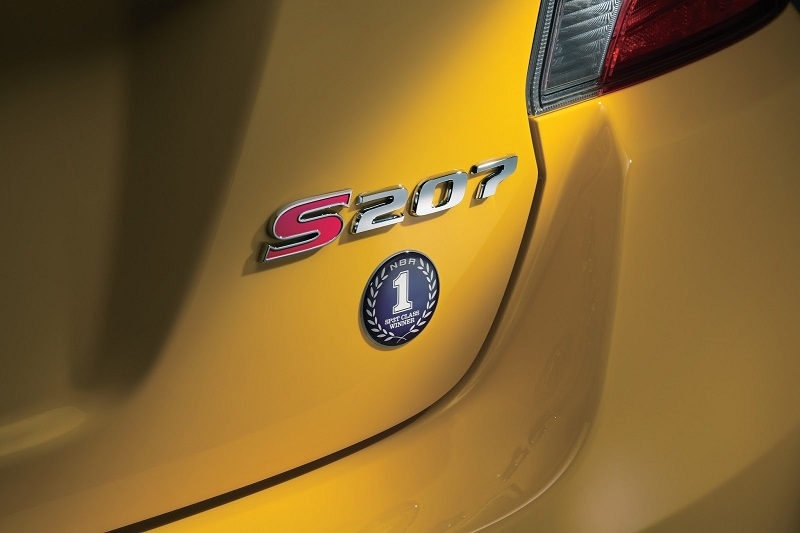 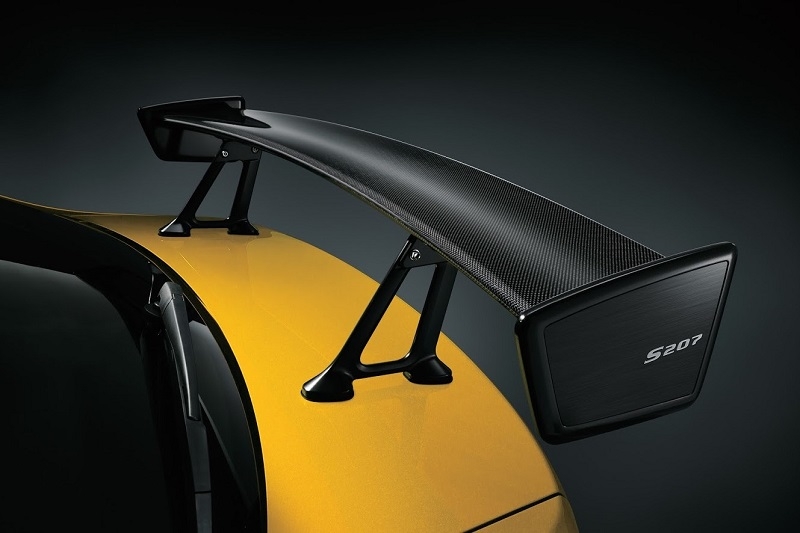 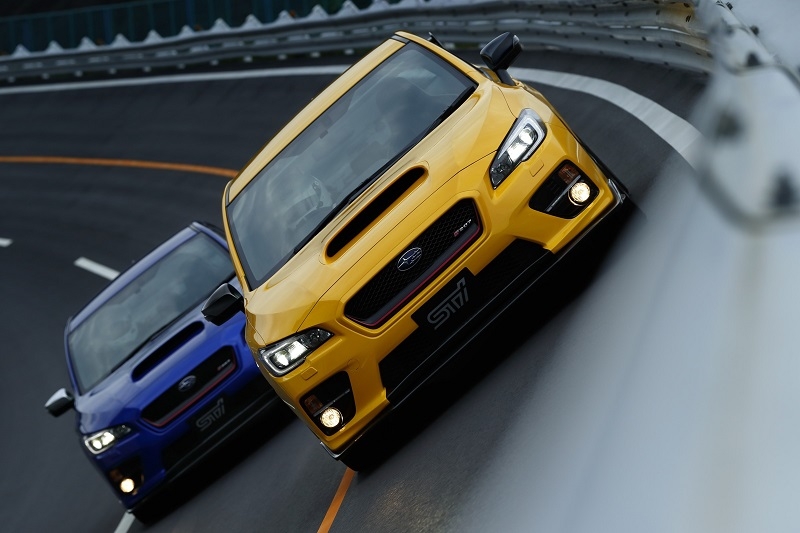 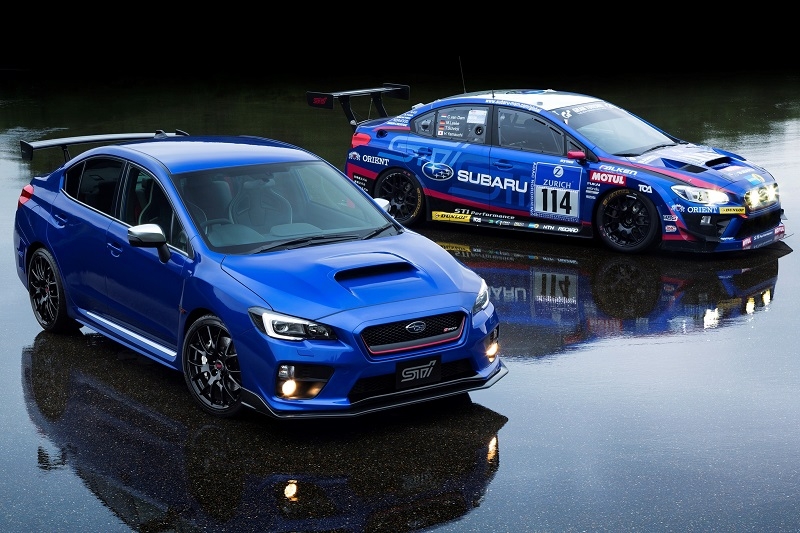