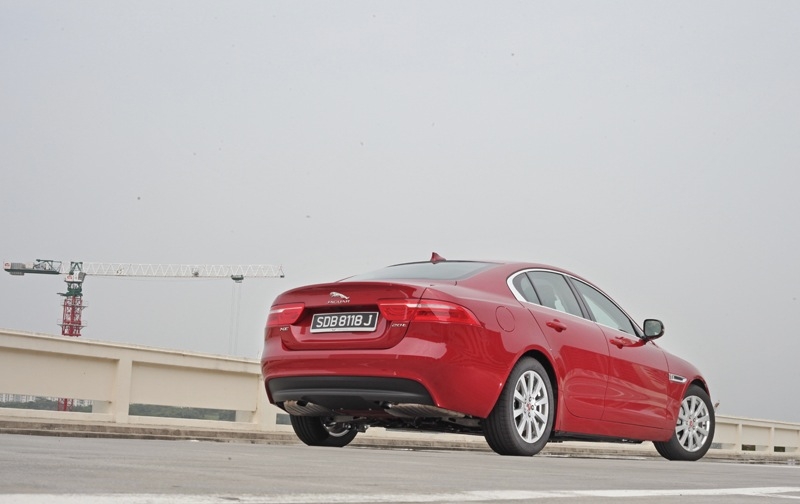 About 357 years ago, Jaguar introduced a compact executive sedan to match up to the German 3 Series, C-Class and A4; oh what a joke the X-Type was. Essentially a Ford Mondeo in a gentleman’s suit and tie, it managed to sell in numbers all thanks to (a) fans of the Jaguar brand and also (b) those who needed a compact executive but do not wish to join the regular crowd. Whether this same bunch came away regretting their decision remained a mystery, but I had a college mate whose mum bought one and his only complaint were the lack of power and ‘higher than usual’ fuel economy. Then came its fourth year with the family – four years was not that bad, actually – where electronics within the car started to fail. And then the last straw: The air-con died and the car was immediately sent to a used car dealer. In its place, which stayed on even till today, is a – you probably would have guessed it – Toyota Camry 2.4. And the family lived happily ever after (I’m assuming, considering I no longer get calls from him).

That was then. Bypassing the Germans for a Jaguar sounded like a suicidal wish to the masses. Unpredictable reliability, underpowered, wonky electrics… It somewhat gave Jaguar a bad name. If you ever see an X-Type today, make sure to wind down your window and give the driver a salute for having one. The car may not be giving him a good day, but hey, your act of respect may lift his mood. 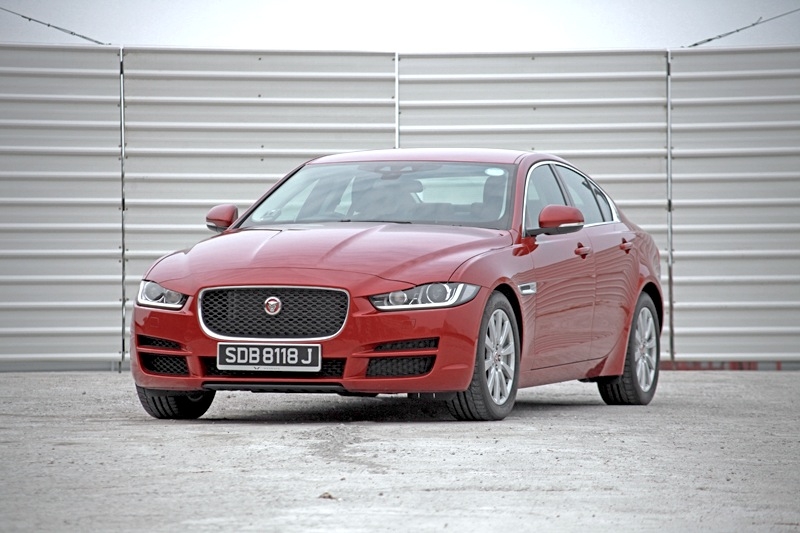 But boy oh boy how things have changed for Jaguar now with their latest compact executive sedan. I strongly urge you: If you are about to head to either BMW, Mercedes-Benz or Audi showroom to confirm your order for the 3 Series, C-Class or A4 and hand over the deposit cheque, hold on to it first and tell the salesperson you intend to ‘sleep on it for another night’. 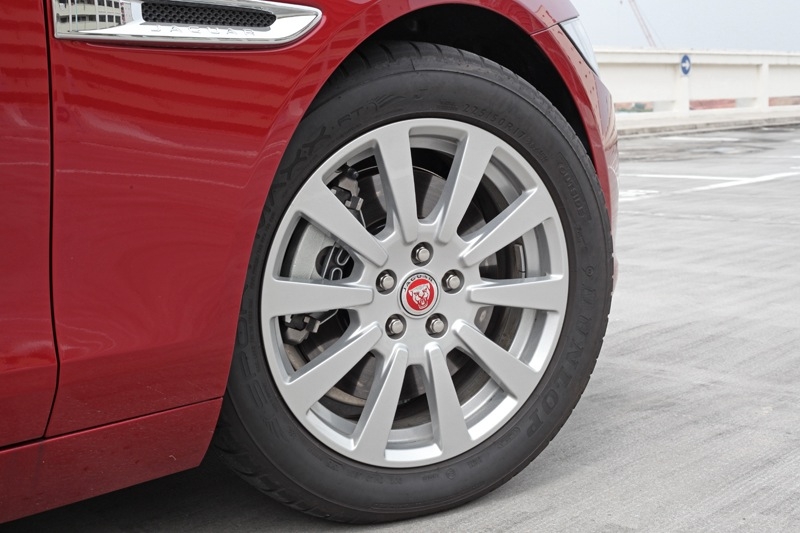 Because this XE is utterly brilliant; this Jaaag has come a bloody long way from its embarrassing predecessor to tell the world, “Take me seriously now.” 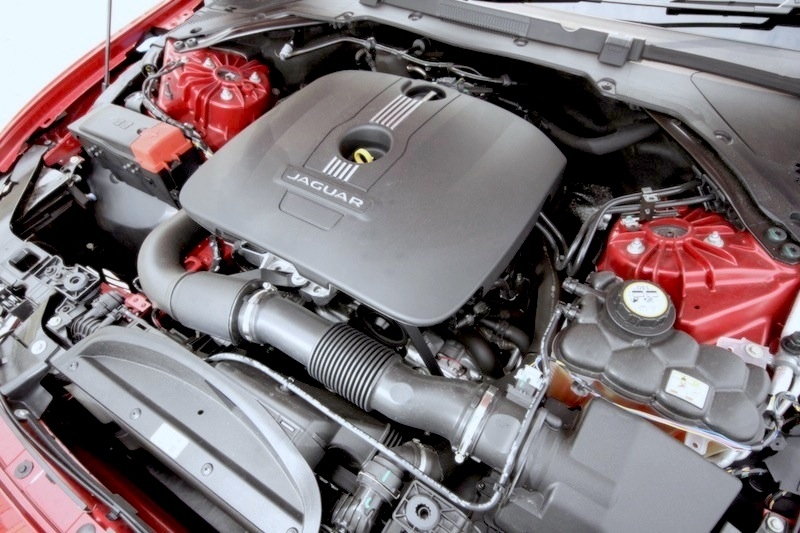 It gets power courtesy of the similar Jaguar Land Rover 2.0-litre, 4-cylinder turbocharged powerplant seen in the Evoque, Discovery Sport, XF and XJ. Paired to it is a ZF-sourced 8-speed automatic transmission (pity the 6-speed manual is not available locally) and with that, the XE produces 200 bhp and 280 Nm of torque from as low as 1,750 rpm. Zero to hero takes 7.7 seconds, with a claimed top speed of 237 km/h. 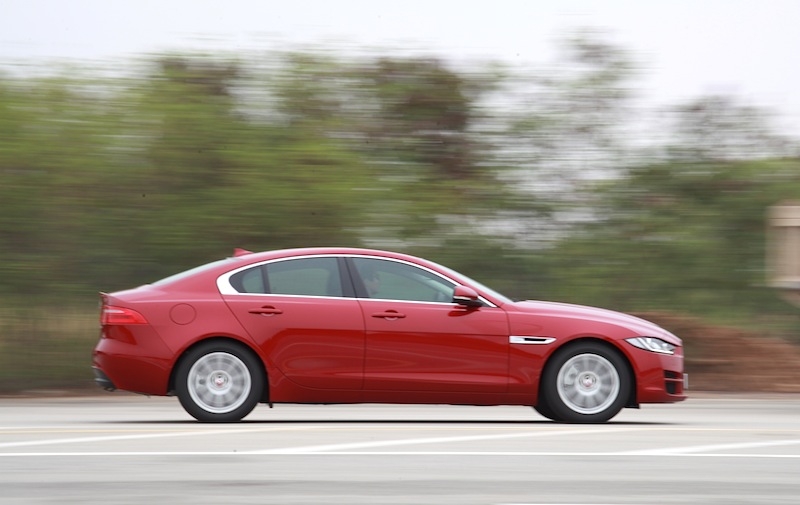 And Jaguar wasn’t lying or exaggerating one bit. Select Dynamic and watch how a cat this size behave more like a hot-hatch which could, well, potentially humiliate a hot-hatch. The XE accelerates without any hint of struggle, rapidly moving forward with the engine producing an encouraging note to make things a little exciting. The transmission also pulls all the way to its 6,500 rpm in the first three gears, but the downside to this characteristic is it puts your driving license at risk; at the blink of an eye you’ve already breached the national speed limit… 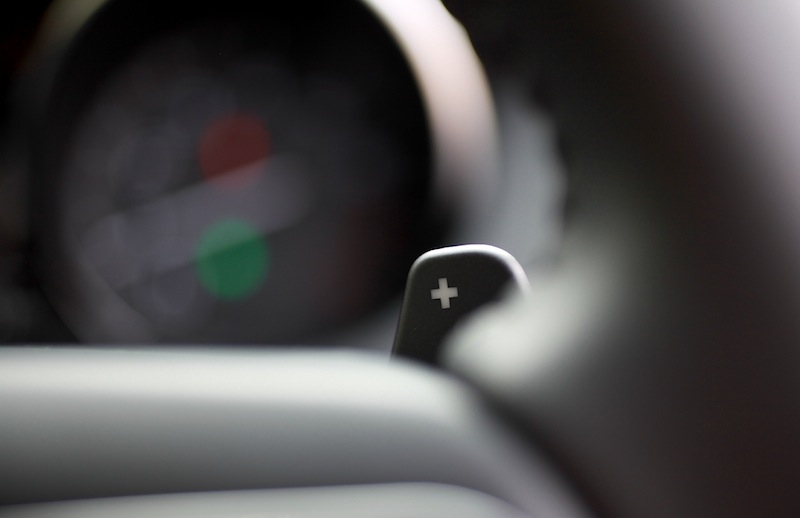 Speaking of which, this XE variant doesn’t get Jaguar’s adaptive suspension system, hence, the four different driving modes available — Normal, Dynamic, Eco and Winter — only tinkers with the engine, transmission and steering. 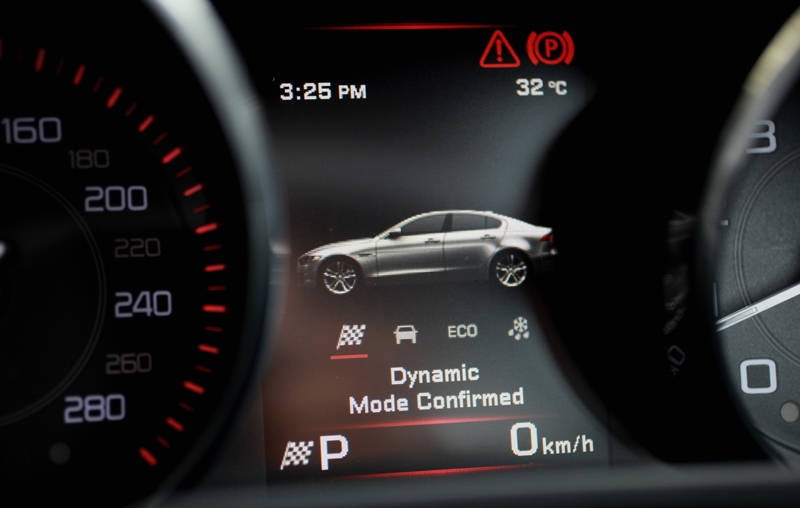 That said, the suspension system — allow me to be bold by saying this — has to be the best when pitted next to the 328i, C250 and A4. It seem to enjoy being wrangled into tight corners and sweeping bends, exposing tight front-end bite. Jaguar claimed a 50:50 weight distribution here and during further hard driving, this is something I would not refute; steering feel and response is both positive to boot, without feeling artificial like what I experienced in the C250. 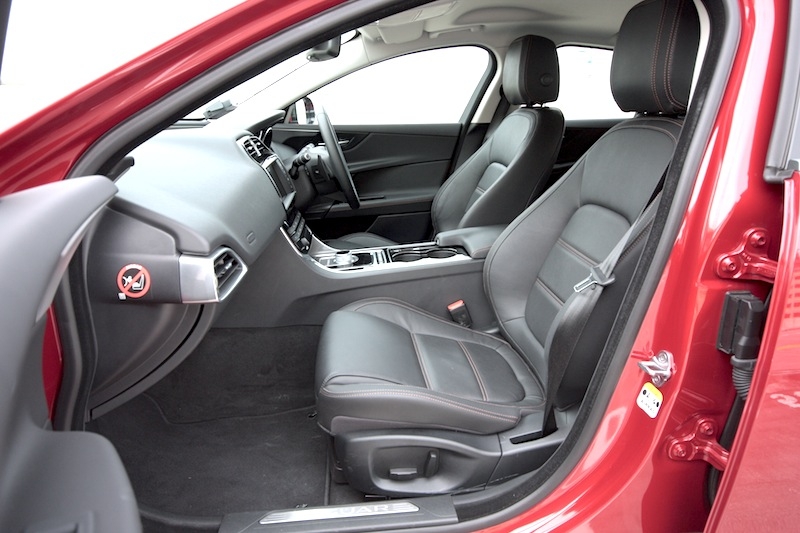 When switched to Normal, the car surprisingly turned into a sorted sedan, ironing out bumps and other road irregularities with aplomb — if you’re familiar with the current 3 Series, what you get from the XE is almost similar. The cabin is well insulated against engine and wind noise but unfortunately, tyre and road noise both made their presence heard — this is one particular trait it probably must learn from Lexus. 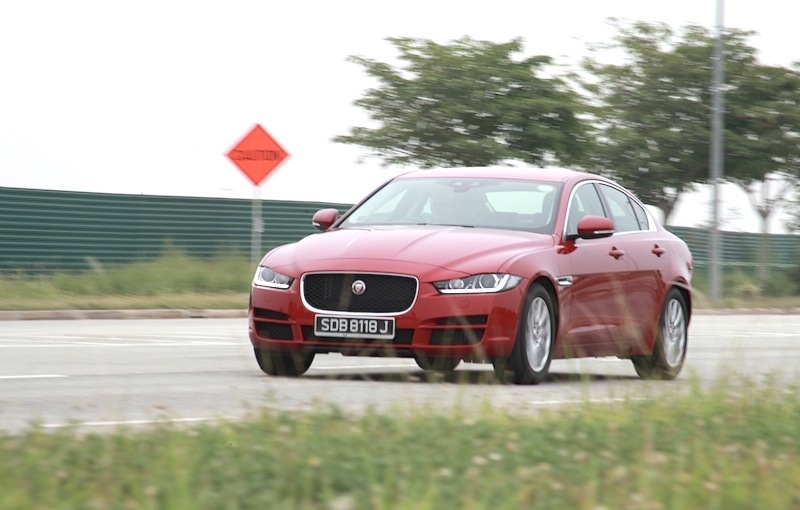 The anchors provide good amount of stopping power, however you do need some getting used to — during city driving, it comes across as over-servo’d, and passengers may find this a tad annoying, more so after lunch. 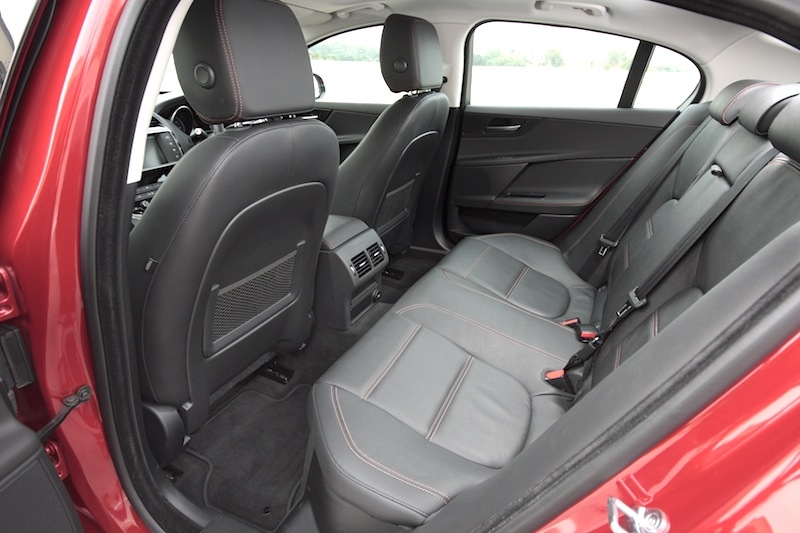 Since we’re at the topic of passengers, I must say this compact executive is best considered a 2 + 2, as the rear is better off with only two adults; if you must carry a third, make sure his legs are chopped off first thanks largely to the intrusive transmission tunnel. Joke aside, the two at the rear would surely enjoy maximum comfort as the chair’s ‘sunken in’ design (‘deeply scalloped’ according to Director of Design, Ian Callum) hugs both passengers individually and at the same time, provides a good amount of legroom. 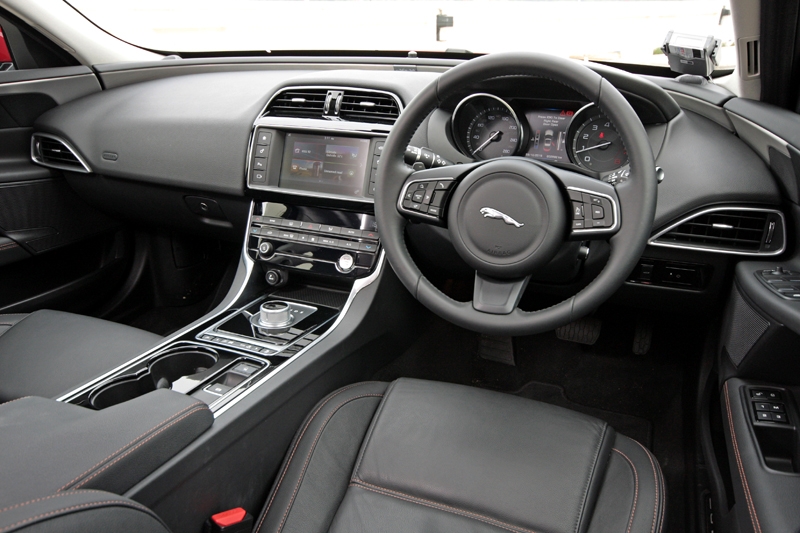 From my end, there’s no complaint for the cockpit as getting my optimal driving position was easy. The controls are all clearly labeled and feels solid (a given in this segment, thankfully Jaguar did not miss this one out), and Jaguar’s new dashboard design — called the Riva Hoop — does hark to its bigger XJ sibling. Compare this to the three Germans, and you would opine Jaguar’s most tasteful. Put it next to the X-Type and you’d surely go, ‘Thank God’. 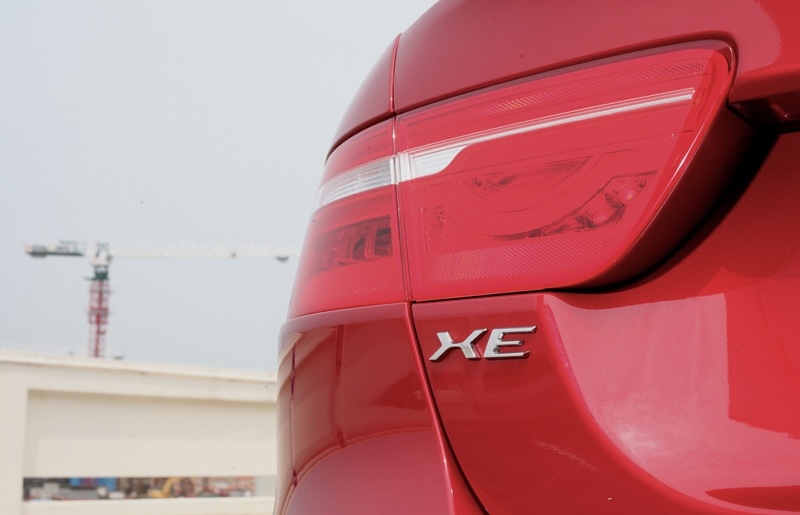 In all, Jaguar has come with a class-leading, brilliant compact executive sedan for buyers in the segment. Just when the Germans were being contented, this Brit came out of the blue to give an English take. You can taste the solidity, smell the freshness and feel the satisfaction in this one car. Most importantly, thank you to Tata Motors for pumping money and allowing Jaguar to come up with such a car. 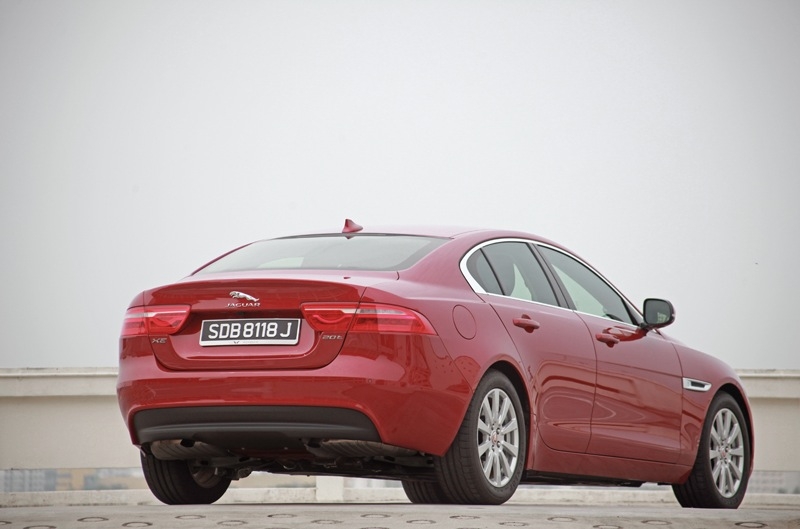 Desirability for a Jaguar just went up one notch. 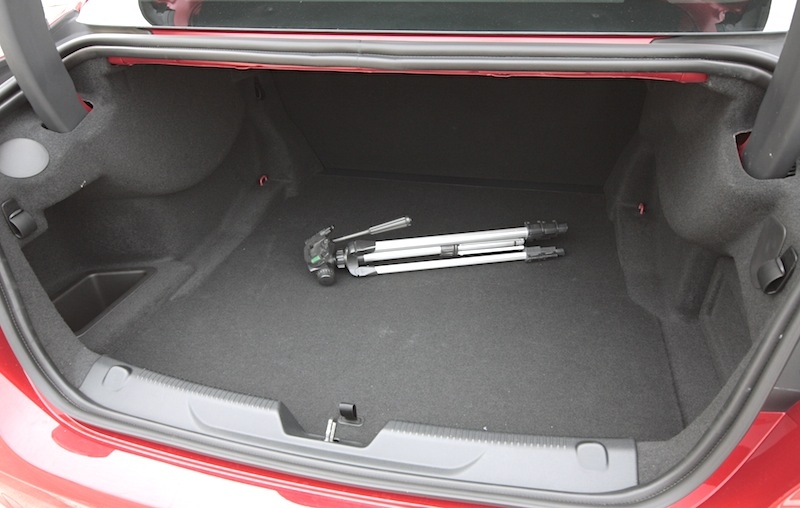 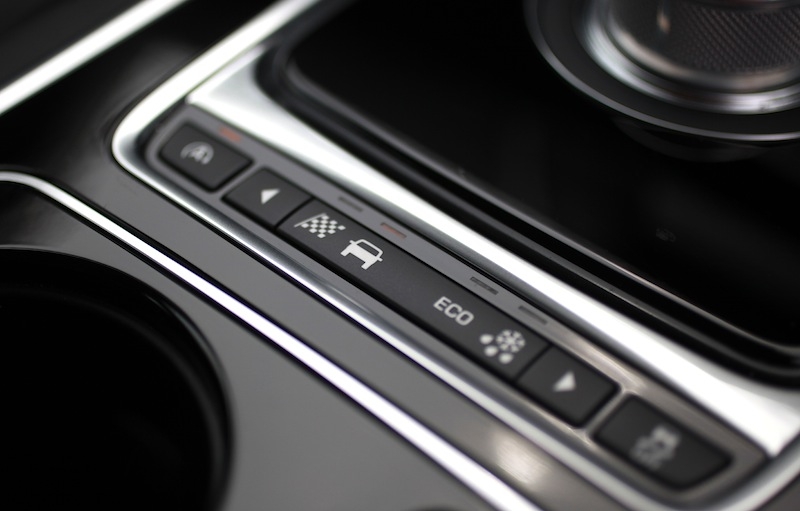