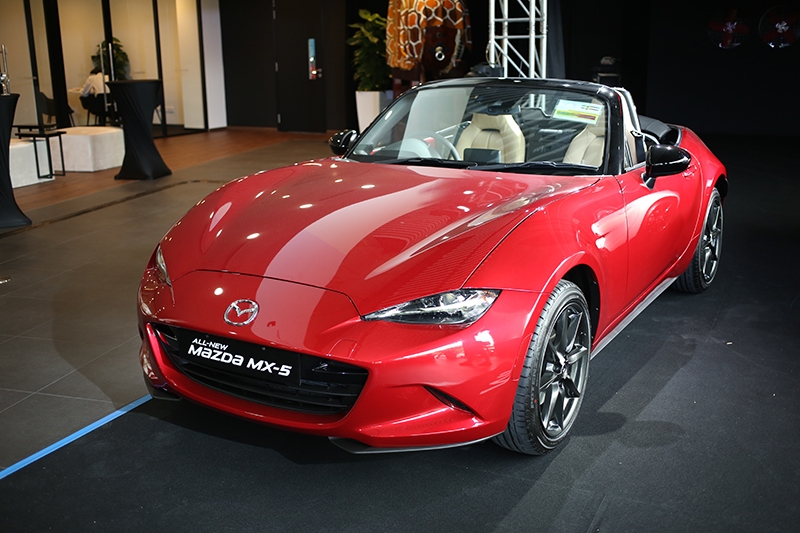 The world's most popular sports car, the Mazda MX-5, is back in its fourth generation, with a promise to return to the basic joys of motoring.

To car enthusiasts everywhere, the Mazda MX-5 needs no introduction. Since its debut in 1989, 950,000 units of the loveable, plucky little roadster have found loving homes around the world.  In very short order though, that number looks set to cross the 1 million mark, with the arrival of the latest model.

The latest 'ND' generation MX-5 was launched in Singapore at Eurokars' new $28 million Mazda Flagship Centre at Ubi, which will be a one-stop shop for customers with sales, servicing and spare parts services. 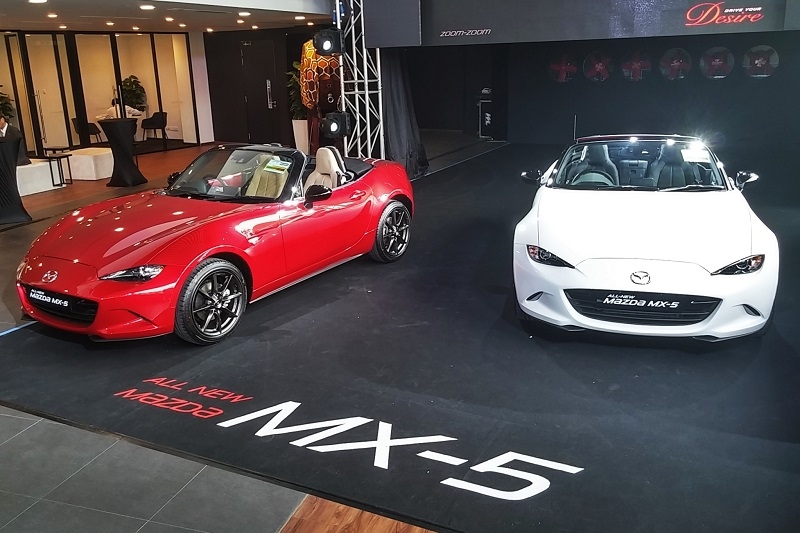 With the new MX-5, Mazda sought to distill the driving experience and bring back the purity and intimacy of open-top motoring that the first, 'NA' generation provided. So although the new MX-5 isn't big on horsepower (it's even less powerful than the outgoing 'NC' model), it tips the scales at just a shade over 1000kg — a significant 100+kg saving over the old car. 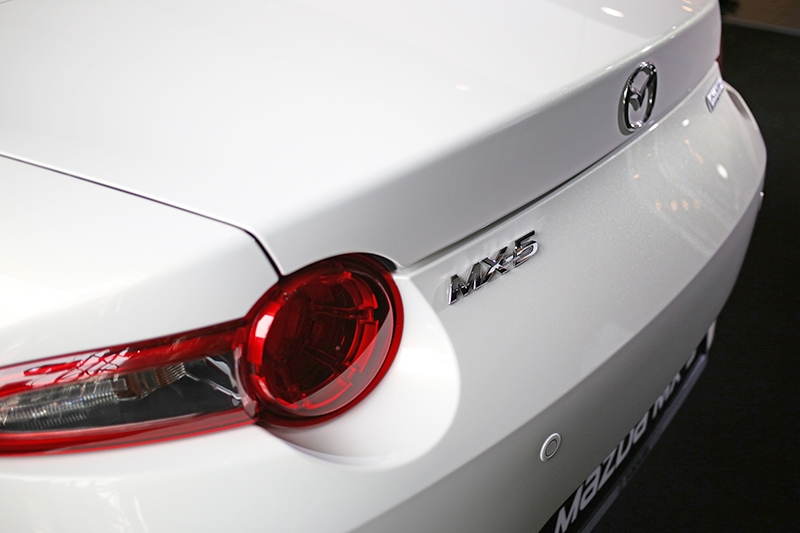 This is all thanks to a comprehensive weight reduction programme; no aspect of the car was left untouched, from the engine block (8kg shaved), to suspension components, (12kg) to the chassis and body (20kg). Even the seat adjustment lever was looked at and pared back, while the roof is proudly said to weigh 50 grams less than before. 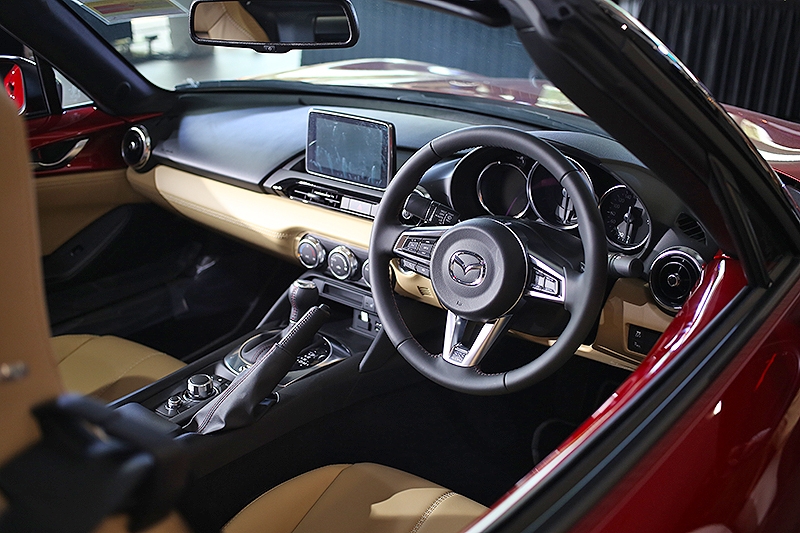 All this was done with the goal of amplifying the sensations and charms of driving and stirring the emotions of all who come across it — that’s why extra care was taken to enhance the feel and tactility of the controls, such as reducing the resistance of the shift mechanism and length of the clutch pedal stroke, and getting the seating position precisely in line with the wheel and pedals. 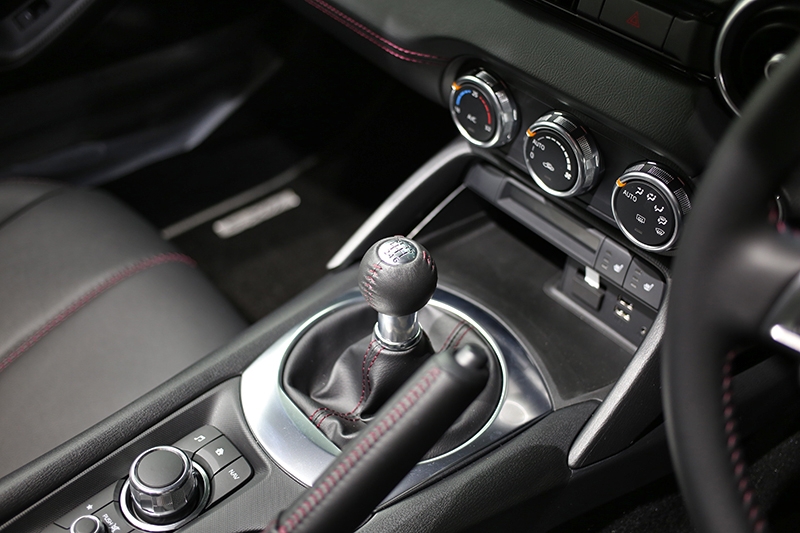 With that in mind, it perhaps takes the sting out of the MX-5's relatively low power figure. With so little weight to haul around, the 2.0L Skyactiv-G engine's 160 bhp and 200 Nm are sufficient to for a 7.3 second 0-100 km/h time. Besides, adding more power would require larger brakes and sturdier suspension, as well as wider tyres and a stronger gearbox — all of which would add extra weight and cost — thus taking away from the MX-5's raison d'Ãªtre,. 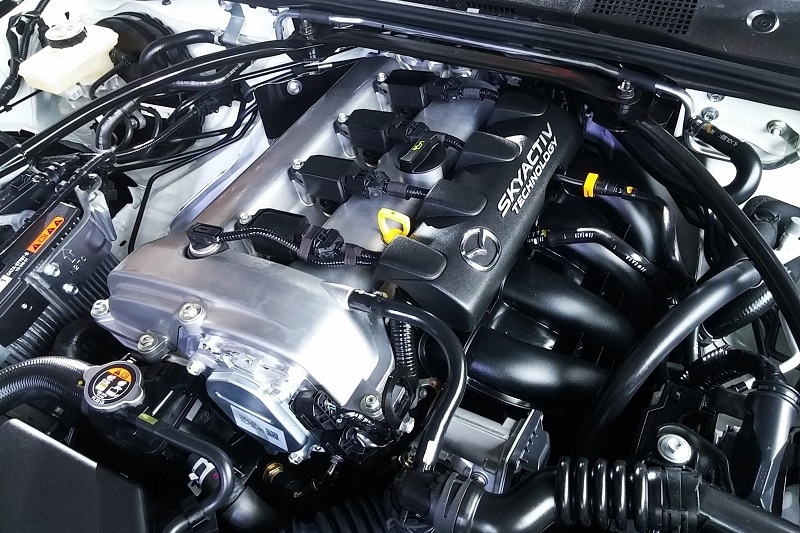 Having said that though, the low weight figure doesn't mean the MX-5 is a stripped out, bare-boned race car-with-number plates, as much thought has been placed into the interior's design. The spot-on driving position as mentioned earlier ensures drivers have optimal control of the car while keeping fatigue at bay, the cabin is trimmed in either black or tan leather, the roof can be operated with just one hand, and the seats even have Bose speakers in the headrests! 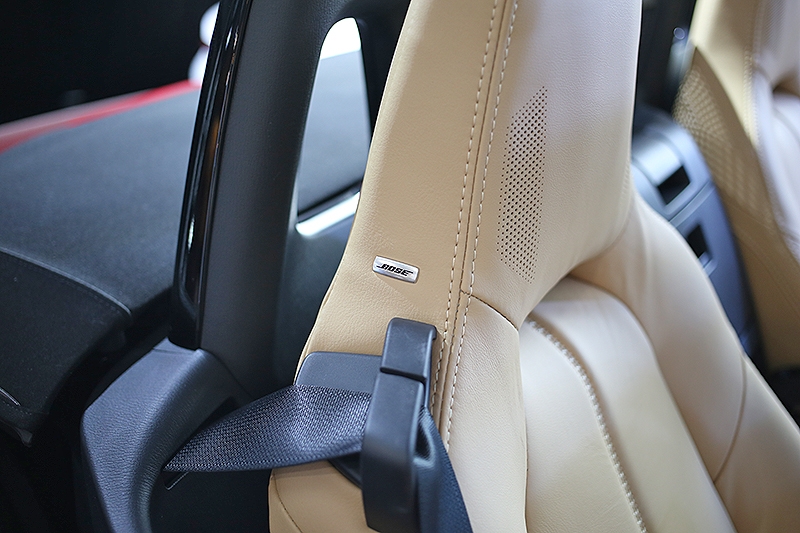 Needless to say, the 'ND' MX-5 has been one of the most eagerly anticipated cars to be launched this year, and we can't wait to get our hands on it. Keep an eye out for our first-drive review soon, and look out for our upcoming interview of the MX-5's Chief Designer Masashi Nakayama and Project Head Nobuhiro Yamamoto! 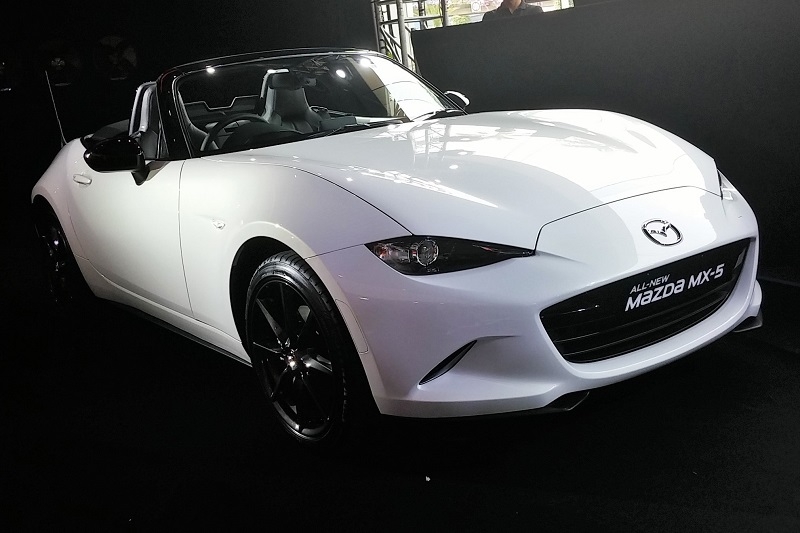 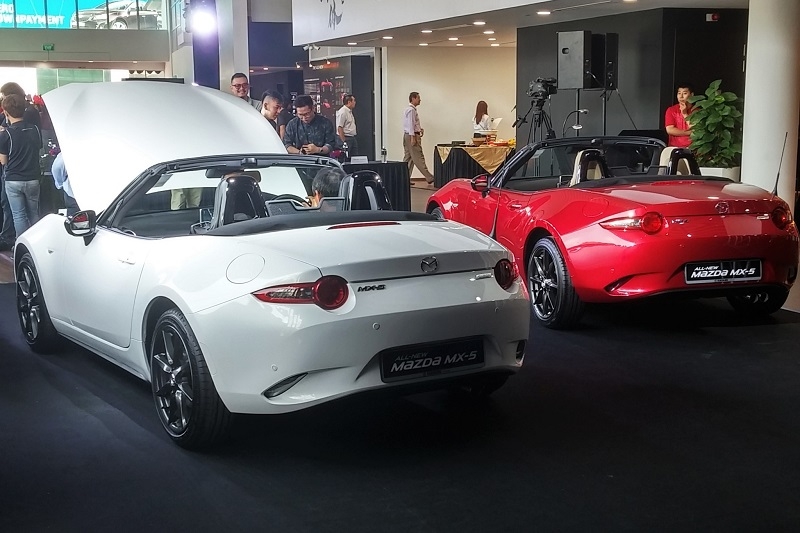 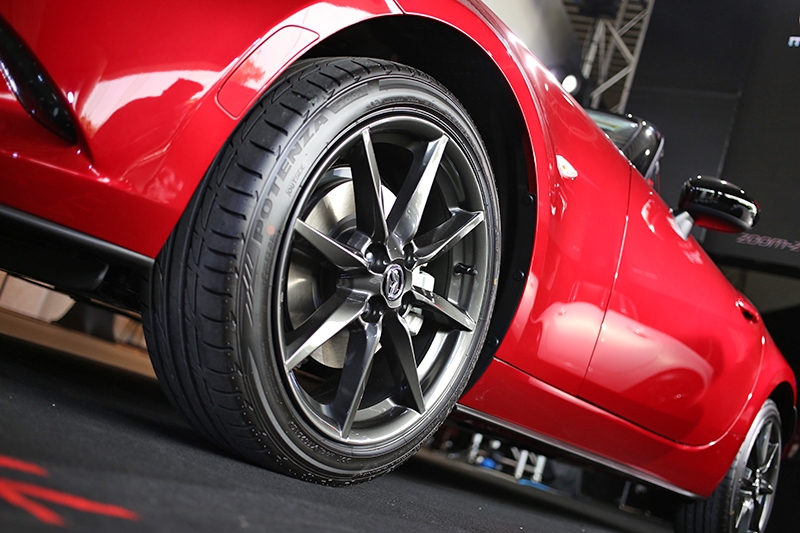 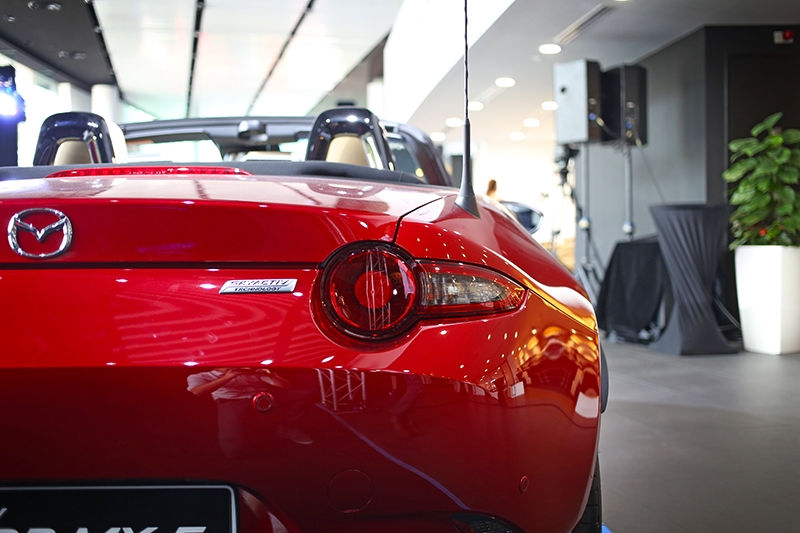 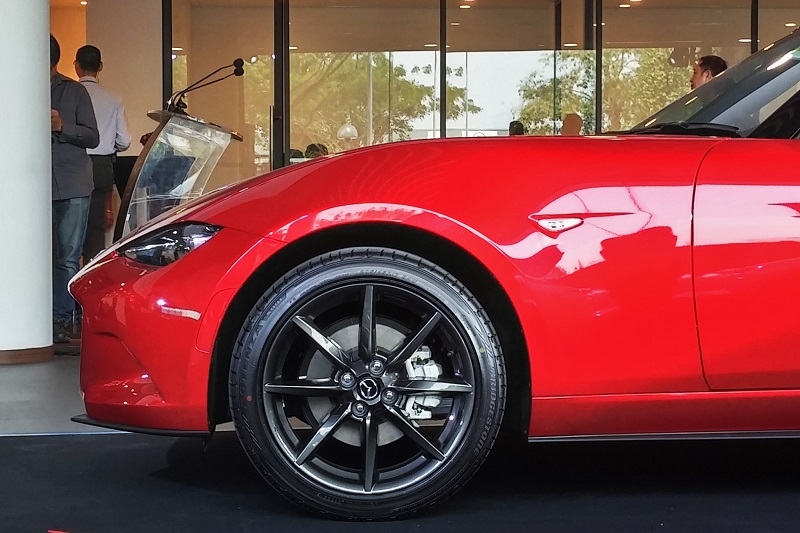 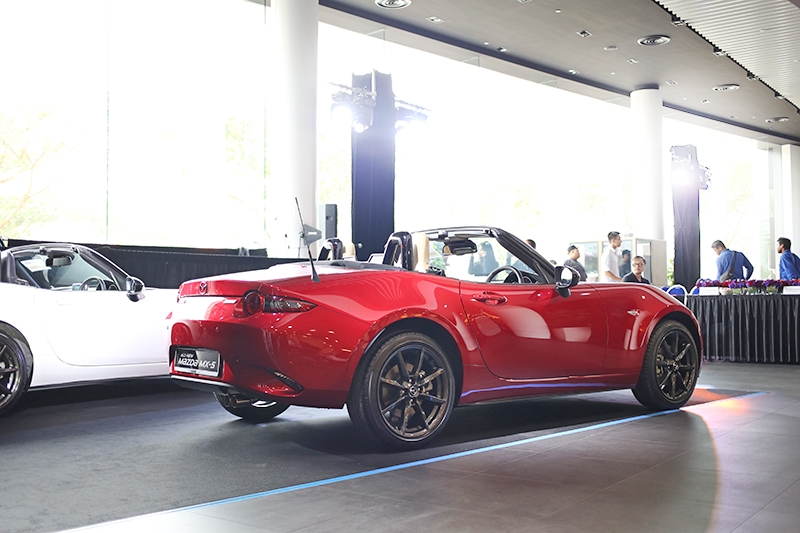 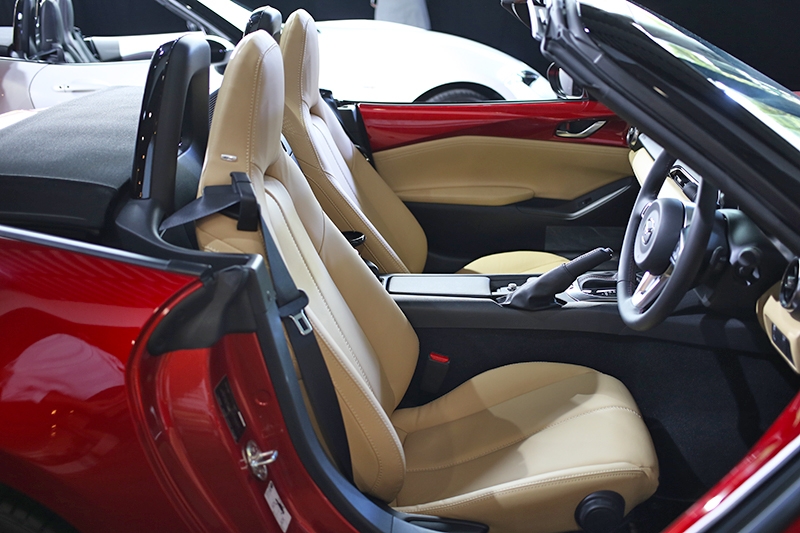