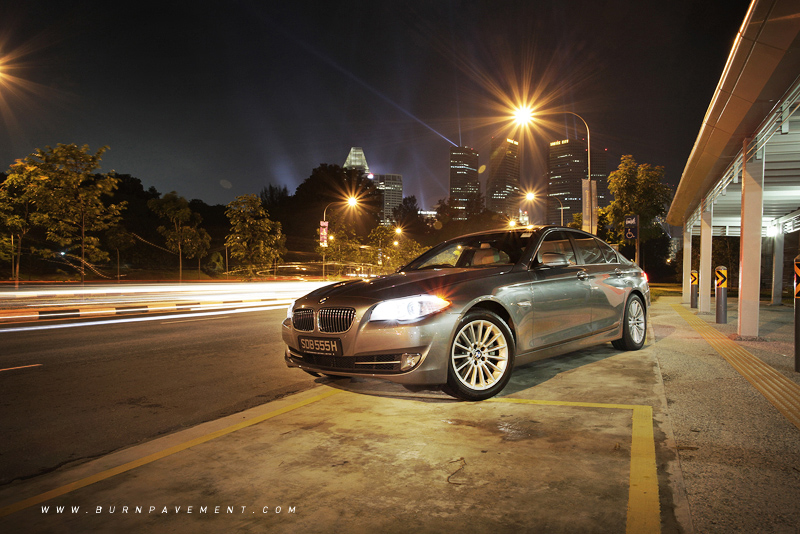 Though built as a classy grand tourer, the all-new BMW 535i pounds the tarmac like no other luxury sedan in its class.

Since 1972 and through five generations, more than five million units of the 5-series have been built. The epitome of a big Teutonic sedan, the 5-series is now into its sixth generation (code named F10), with its handling and technology further improved to stay well ahead in the game when it comes to the high stakes luxury sedan segment. And rightfully so, for the 5 Series sales accounts for just over 50 percent of BMW's annual net profits.

Currently, three variants are offered by the distributor here in Singapore, well four if you count the 5 Series GT in. The base model is the 523i, followed by the 523i Highline which retains the same engine option of a 204hp 2.5 litre six-cylinder engine with 250Nm of torque but comes equipped with additional features and accessories such as 18-inch V-spoke Style 328 wheels, fine wood trim ash grain high gloss, Park Assistant and lastly the test unit of ours, which is the range-topping BMW 535i. 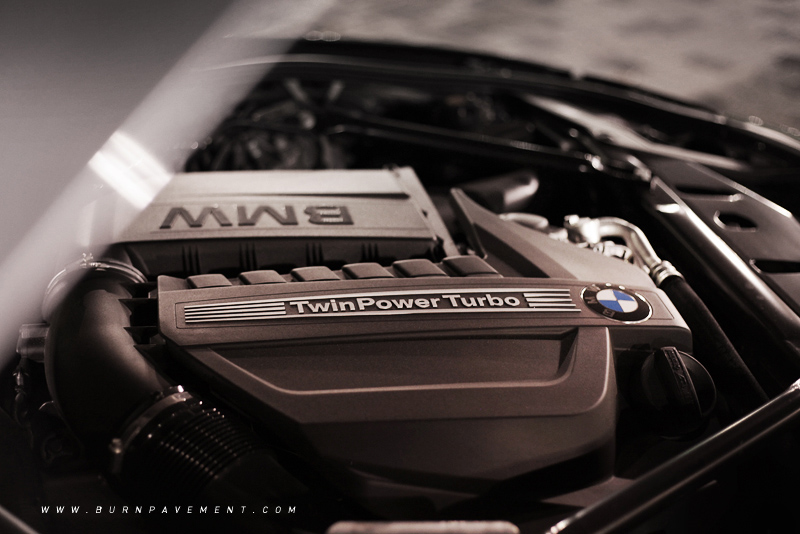 As a pavement burning publication, we would naturally be interested in the handling and performance of the car, more so with this car's 306hp inline six which comes with direct injection and a twin scroll single turbo which provides 400Nm worth of torque. Coupled to an eight-speed slush box that comes with Sport and Sport+ selection, the engine and transmission worked in tandem with seamless precision for a very engaging drive. 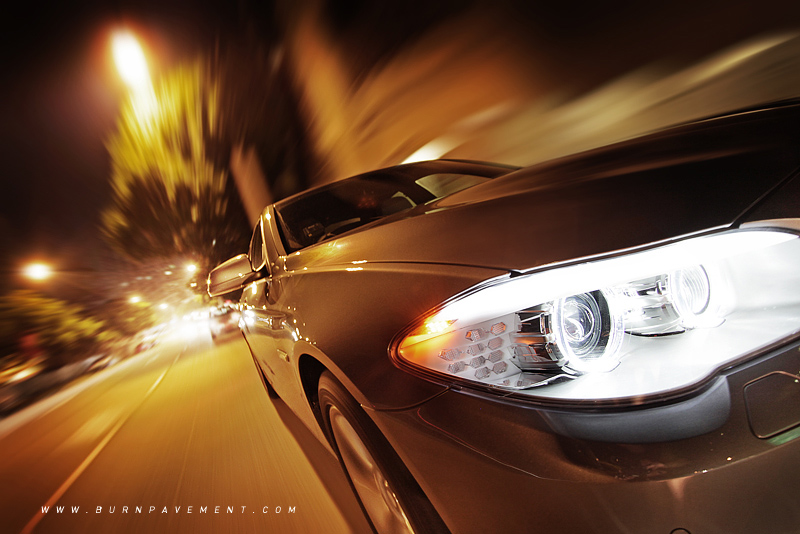 On the move, the dimensions of the 5 Series felt as though it was shrunken, with the car's suspension and engine providing a confidence inspiring drive, belying it's size which is by far the biggest 5 Series ever in the model's history. Though the car looks visually more compact, the wheelbase in reality has been increased by more than three inches. Prodding the accelerator, the car surges forward with no hint of turbo lag. The throttle response impressively quick and sensitive with nary a hint of jerkiness and the car going from 0 to 100 in just 6.1 seconds. 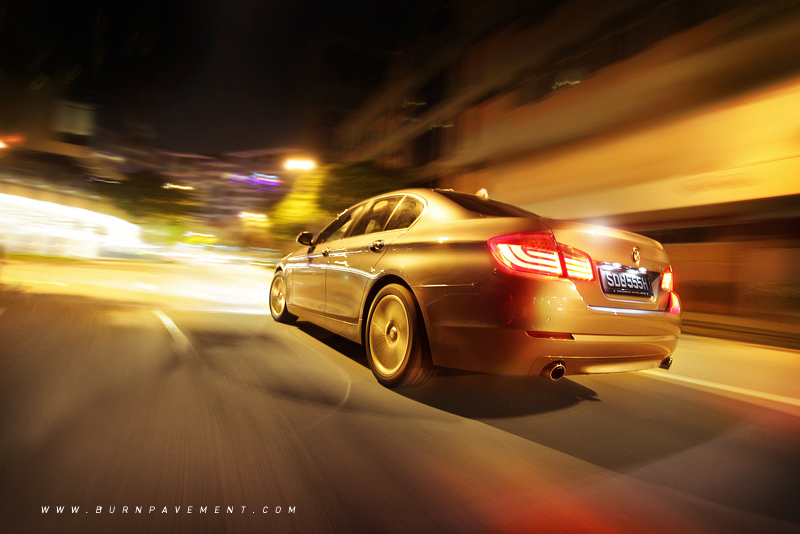 With the power delivery being so smooth with a good 400Nm worth of torque felt throughout the entire rev range, it was effortless when I tried to overtake while cruising on the highway. Round the bends, the car is equally as adept in handling as it is in acceleration. The steering, though not as lively, turns with accurate input and the suspension felt hard enough for the tighter corners and comfortable enough for normal driving as well as the absorption of road surface irregularities. Retardation of speed is also excellent, with the car anchoring to a stop promptly from its large brakes. 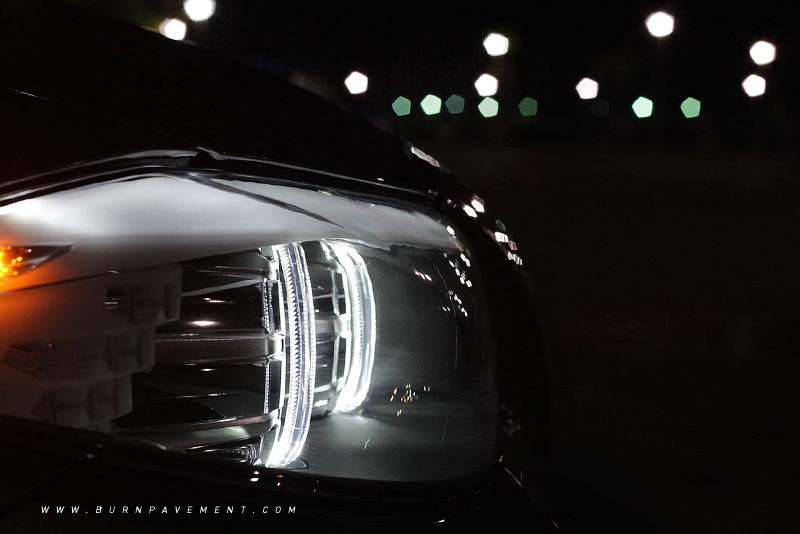 So what is it about the F10 5 Series BMW that makes one's heart aflutter to own one, especially the Shenton Way yuppies with 'towkay' aspirations? Performance wise, the 535i is a done deal with its driving and handling abilities, but in general how would the whole range of the 5 Series variants fare here in Singapore, sans the GT that is. 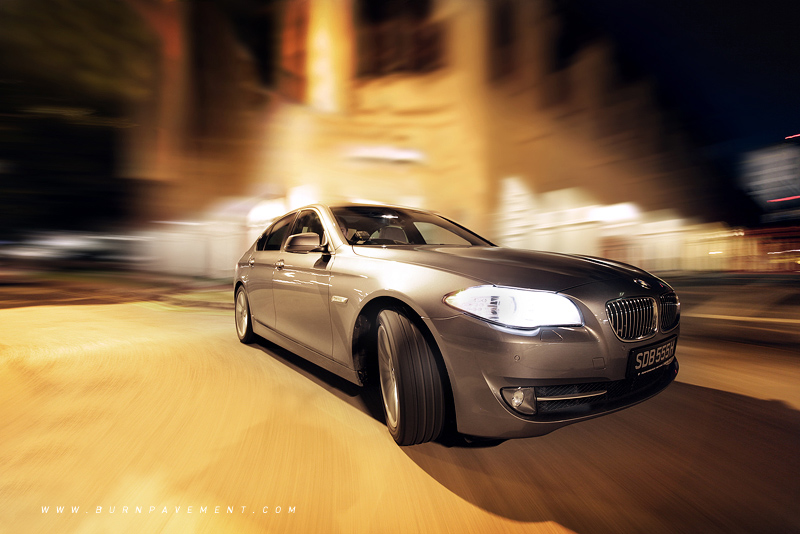 Visually, the new 5 Series is now more appealing than its winged headlamps and high boot line sporting predecessor. From the front, the new 5 Series now features a front with traits of its sportier sibling the 6 Series, with the grille section wrapping upwards and 'eating' into the bonnet area as well as the trademark double kidneys which are larger of late in the new BMW models. The dented bonnet looks as if it was done so deliberately with a touch of pizzazz, while the new bi-xenon headlights adds that further touch of class. 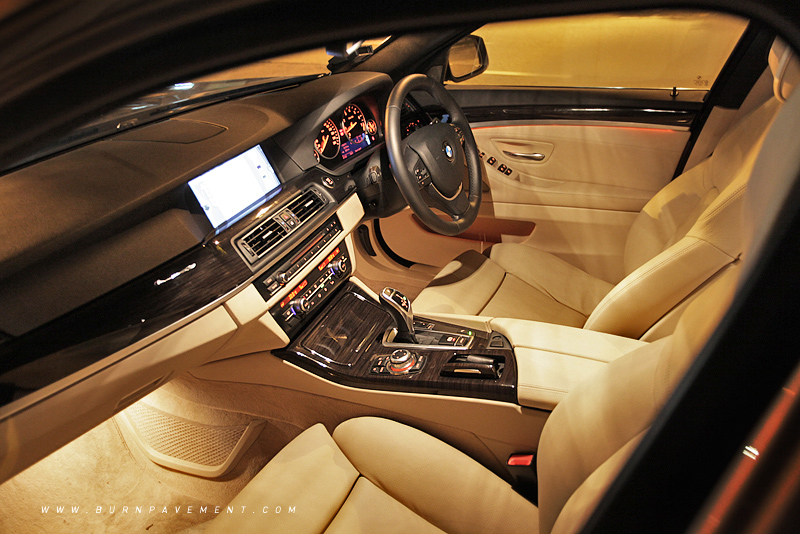 Inside of the car, one can find an impressive list of bells and whistles, as well as comfort that is similar to what one can get in a 7 Series. The plush interior features wood veneer panels accented by aluminium and supple leather upholstery. The equipment list includes an electronic parking brake, a huge iDrive monitor (the iDrive system in the F10 is a marked improvement from the previous one), head-up display, steering-mounted cruise control and more. 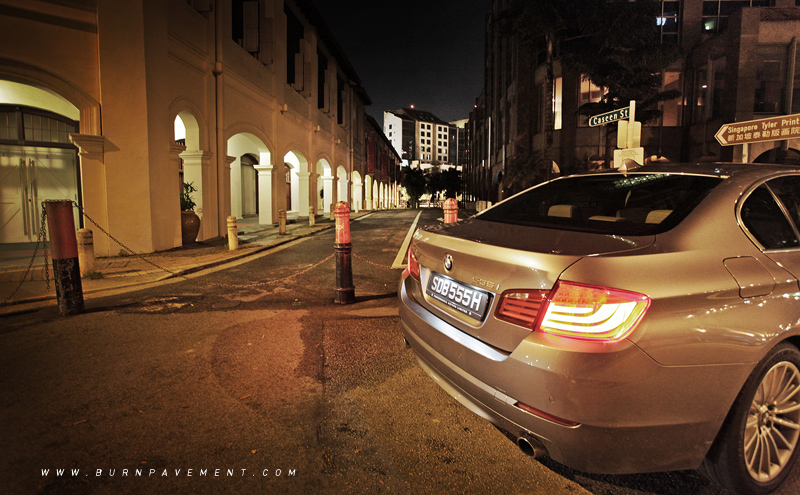 Car buyers these days are much more well informed and discerning, and expect more than just a staid luxury sedan. Modern car buyers who are in the market for a new ride, would most likely look for something that looks sporty, aggressive, elegant and at the same time, something with a luxurious interior. And that's not all, for the car must be an able performer on the roads and be able to ferry one's family around during the weekend outings. The new 5 Series perhaps? 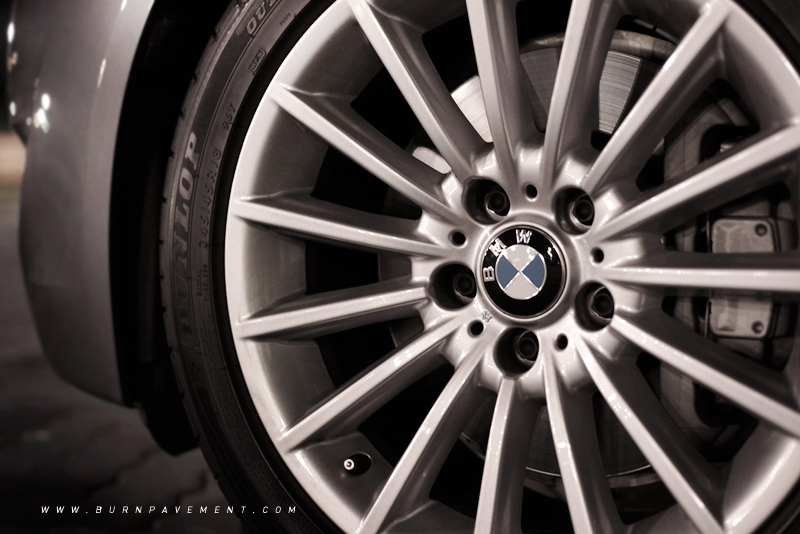 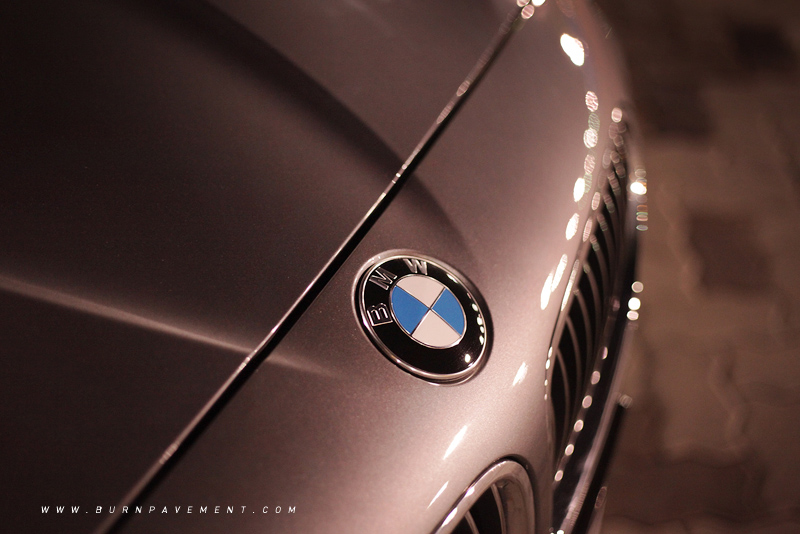