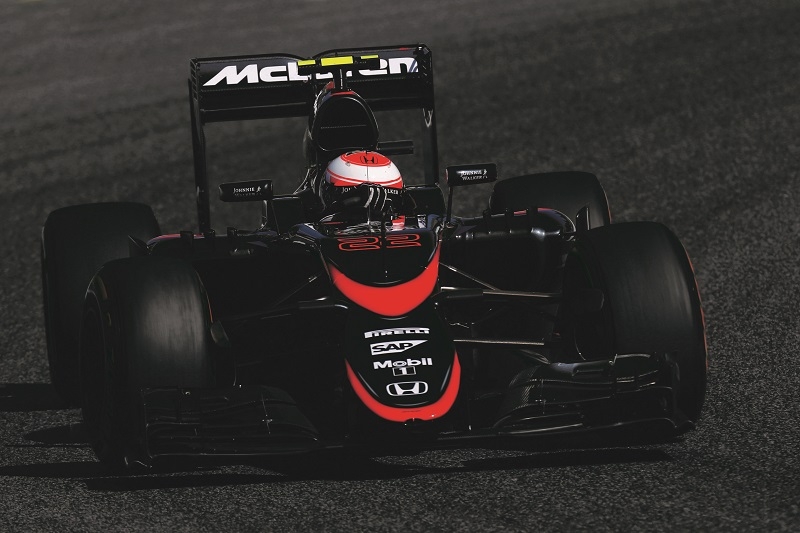 The drivers may grab all the headlines, but there so many more heroes in Formula 1, some of whom you never knew existed.

The drivers, team principal, pit crew, race engineers, even, to a certain extent, 'the boys at the factory' – these are all high profile people and positions you will hear of during a Grand Prix weekend who have the ability to make or break a race. But did you know there's a whole host of other key personnel, working tirelessly behind the scenes to keep the cars running as smoothly as possible? Thanks to Mobil 1 and the McLaren-Honda F1 team, we managed to meet and find out about one such unsung hero.

Say hello to Mike Frost: Mike works for Mobil 1 and his official job title is 'Racing Technical Advisor for McLaren-Honda'. His office is a small mobile laboratory in the McLaren pit garage, literally a cubicle-sized space amongst the various spare parts, tyres and mechanics' tools. It doesn't sound like much, but his role is an important one; he analyses and tests all the car's fluids and lubricants that are supplied by Mobil — such as engine and gearbox oils, and hydraulic fluid. All these oils share the same purpose — to increase efficiency by reducing friction, resulting in increased performance and reliability. 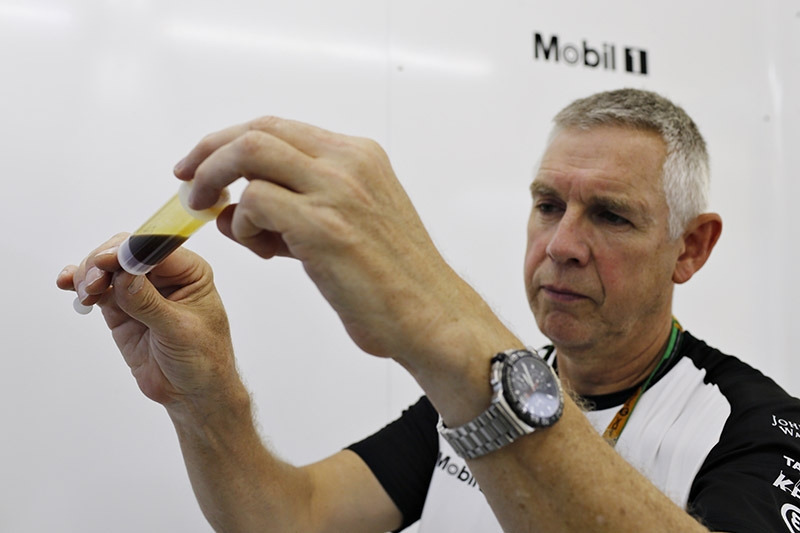 Samples of the relevant fluids are taken when the engines are first fired up each race weekend, as well as before and after each session the car is out on track, to determine if the drivetrain is running properly. The oil is fed into a spectrometer, which determines the concentration of any metallic particle in the fluid. From there Mike and his team can look out for any irregularities in the results that will tell them if the powertrain is running at less than full health, as well as which components might be the cause. For example, a high silicon content could be caused by an improperly fitted air filter or by excess engine sealant seeping into the oil between the various parts, while the presence of other metals like titanium could be telling of friction caused by parts rubbing against each other. Analysis like this is important because, in a sport where the margins for error are so narrow, any excess engine wear or loss in efficiency could mean the difference between nabbing a points-scoring position or not, or even between completing the race or retiring from it. 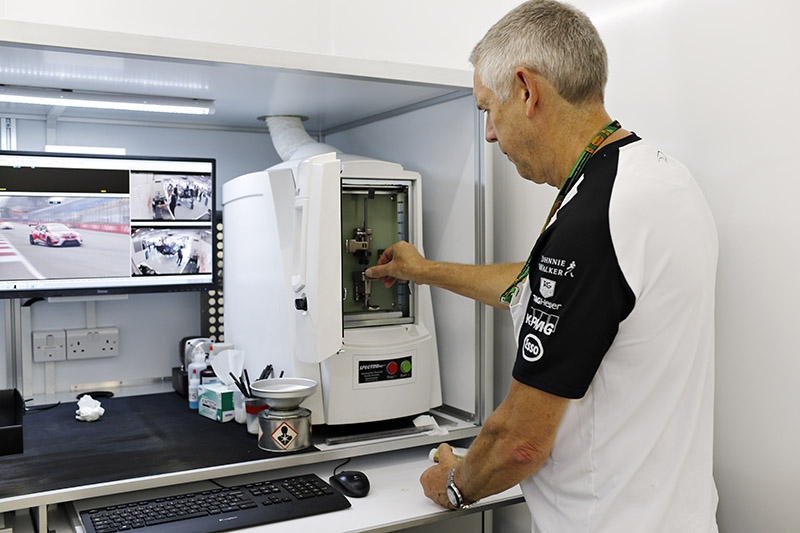 This is why Mobil engineers its engine oil to such a high degree — with such extreme conditions, an F1 car is the ultimate rolling laboratory in which to develop its products. If it can keep the 300 moving parts in an F1 engine working in perfect harmony and prolonging its longevity even while spinning at 15,000 rpm, then repeating those results in the less-stressed demands of your road car's engine should be a piece of cake. 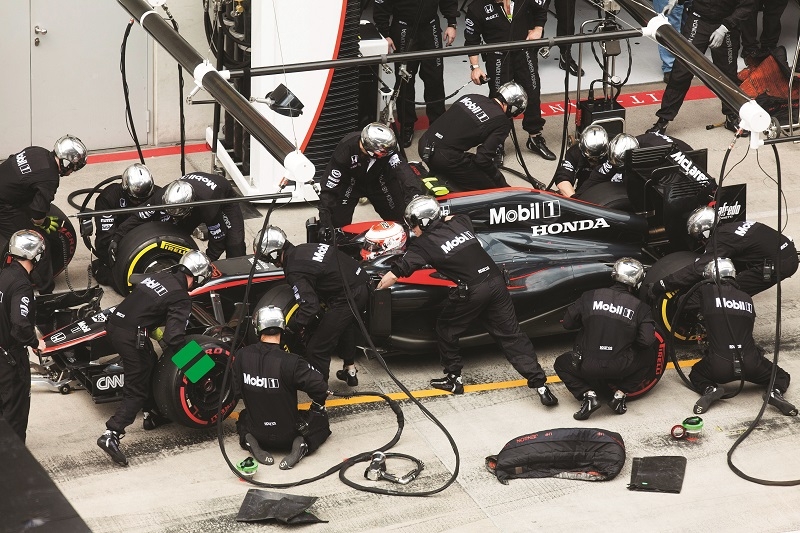 Yup, that's right. Despite the vast differences between both environments, the 0W-40 engine oil used in an F1 car isn't too far removed from what goes into a road car; lessons learned on track are used to develop the off-the-shelf consumer products with the same goals in mind. They're even currently manufactured alongside each other in the same factory in New Jersey in the USA, although a new facility is also being built here in Singapore to produce their fully synthetic engine oil come 2018. 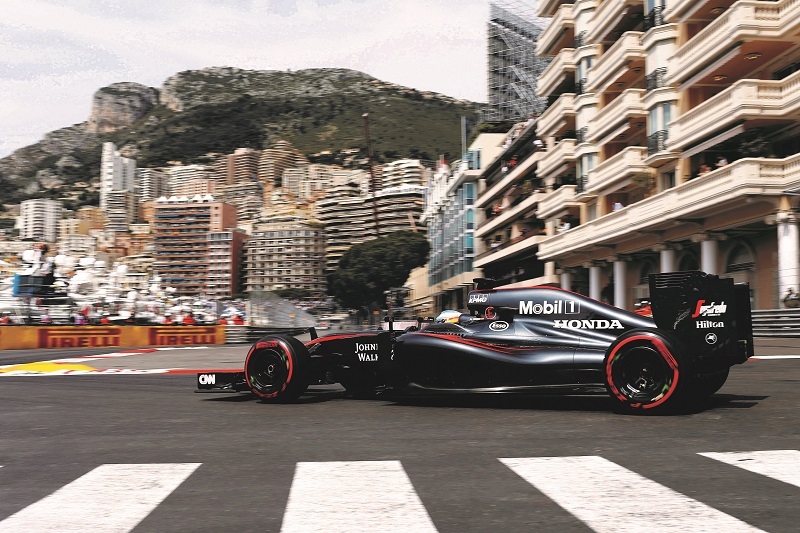 With a 37 year history in motorsport that runs the whole gamut from F1 to NASCAR to WEC to FIA GT - including 20 years as technology partner for the McLaren team alone - Mobil 1 has become a widely respected and coveted brand with a reputation for quality. Based on what we saw in that little corner of the garage, it's really not surprising to see why. 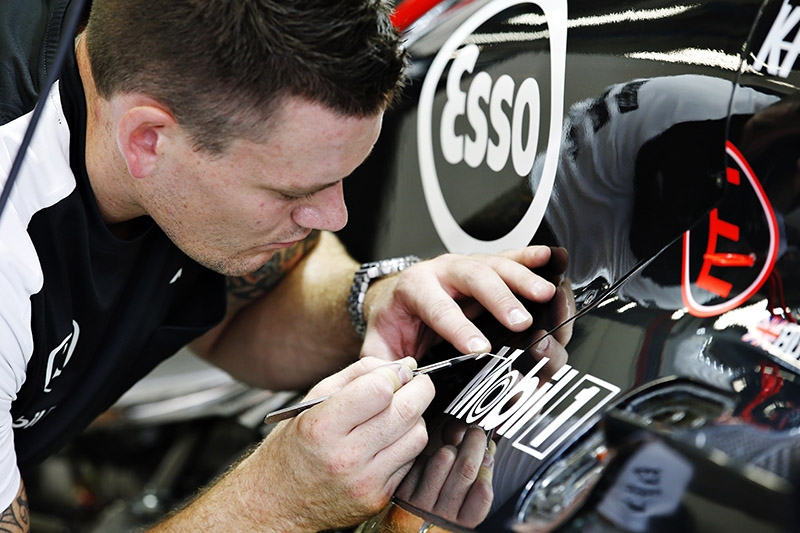 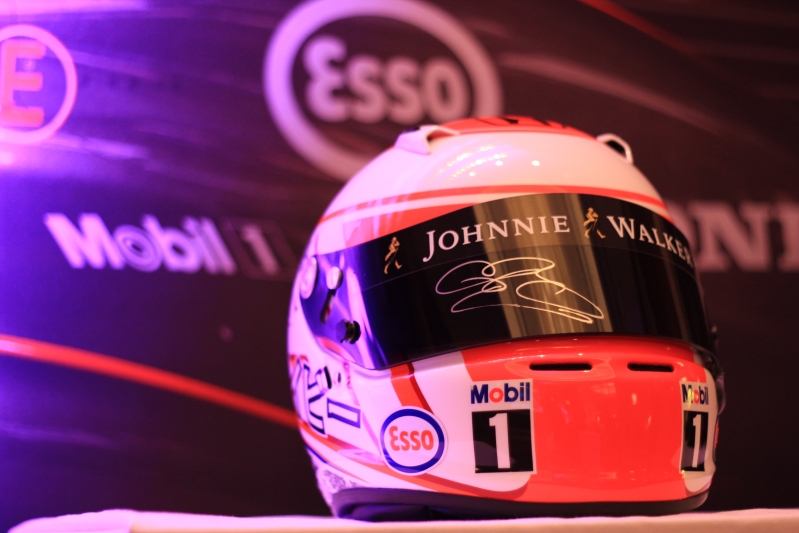