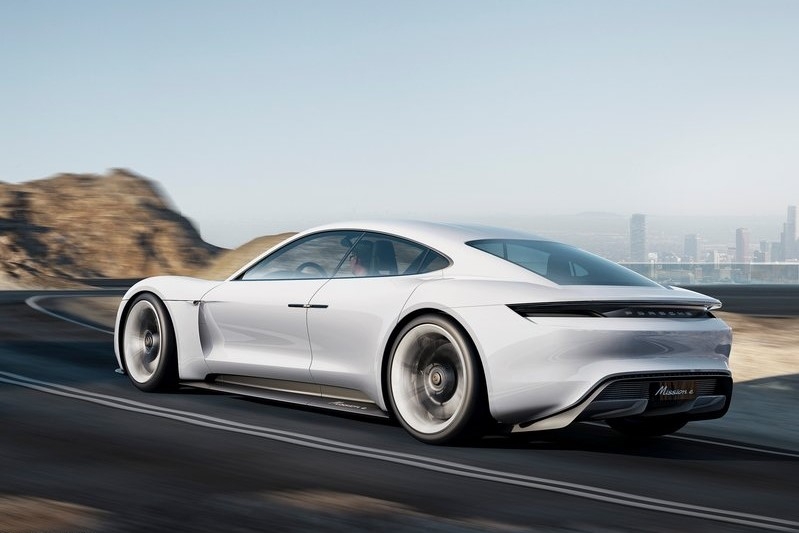 With the Mission E Concept, Porsche previews new technology in their version of a futuristic, all-electric Sports Saloon.

Porsche is no stranger to electric motorization, dabbling in such technology from as early as 2009 with their 911 GT3R Hybrid, and more recently with their Le Mans-winning 919 Hybrid. Since then the company has continued exploring the benefits only electric motors can provide. Fast forward to this year's Frankfurt Motor Show, and the Porsche Mission E Concept wows viewers with a low, swept-back profile, contemporary four-seat cabin and a potent electric-only powertrain, marking a bold step towards pure electric power and having a bespoke architecture to take full advantage of it.

However, pure electric vehicles present the challenge of range anxiety and abysmal charging times that have so far restricted them to short urban sprints. In this respect the mission E makes bold claims, with a 500 km maximum range and an ability to offer 400 kilometers in just a scant 15 minute charge. This comes courtesy of an innovative "Porsche Turbo Charging" system, where both the system and car are designed to accept 800 volts, double what most electric vehicles charge at. For reference, other electric vehicles such as Tesla's Model S can only yield 274 kilometers on a 30 minute charge. 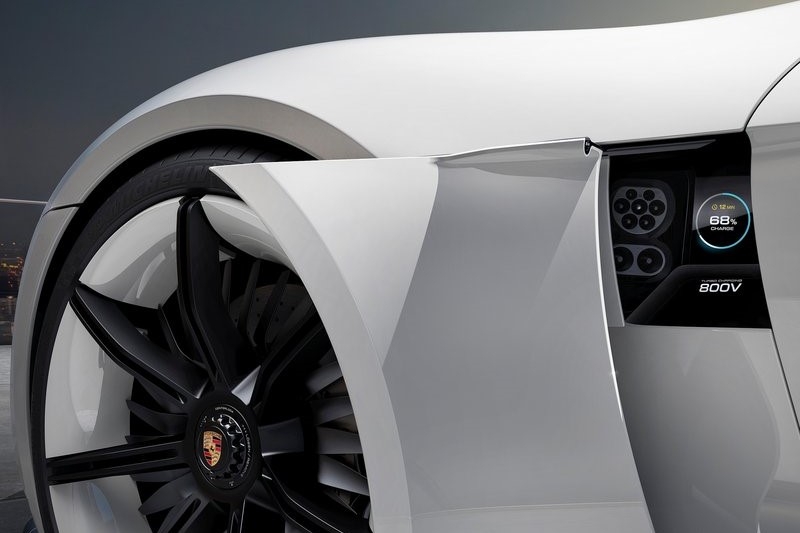 Stored power gets sent to two PMSM (Permanent Magnet Synchronous Motor) units that derive their design from Porsche's Le Mans race-winning 919 Hybrid and can regenerate power under braking, meaning even the most lead-footed amongst us should be able to achieve respectable range. Together the motor’s output over 600 horsepower to all four wheels, enough power and grip to whisk the Mission E to 100km/h in under 3.5 seconds. 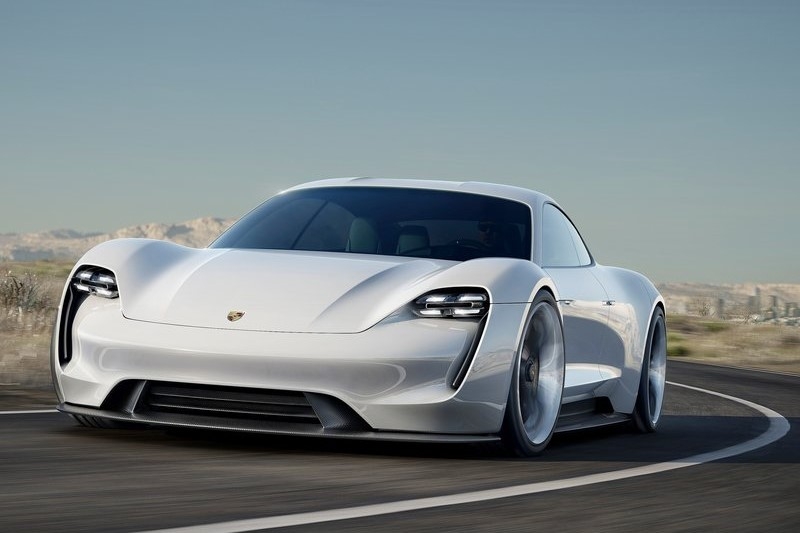 Despite the heft associated with electric vehicles, the Mission E ensures Porsche-esque handling by borrowing tricks from the 918 Spyder such as all-wheel steering, the heavy battery pack sitting low in the underbody of the car and body itself incorporating a combination of lightweight materials including CFRP (Carbon Fiber Reinforced Polymer). Torque vectoring is also employed, but instead of just applying brakes to the inside wheel, electric motors allow any individual wheel to accelerate or brake for infinitely adjustable handling. 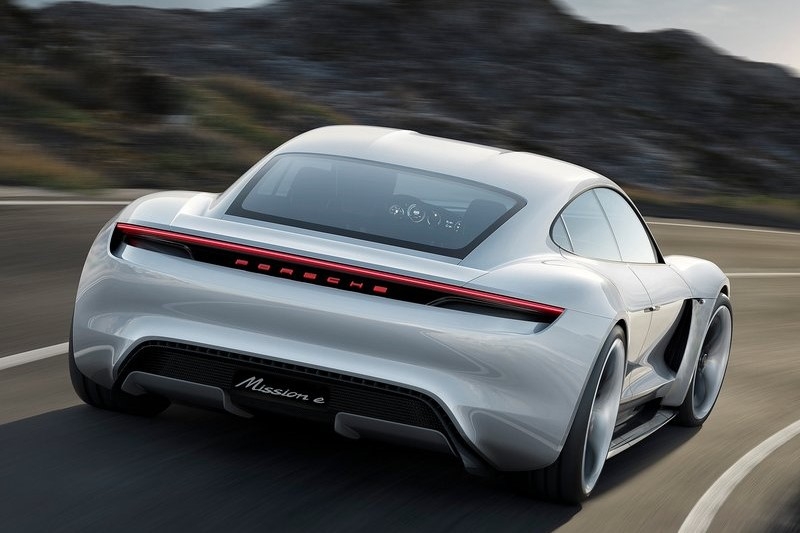 Inside the Mission E things things are equally as interesting. Without a gasoline engine to contend with, the sightlines are low while the cabin has a more open atmosphere due to a shallow center tunnel bereft of gearbox intrusion. This, combined with the CFRP construction will hopefully bring back the lower beltline, thinner pillars and better visibility that most carmakers struggle to pull off. 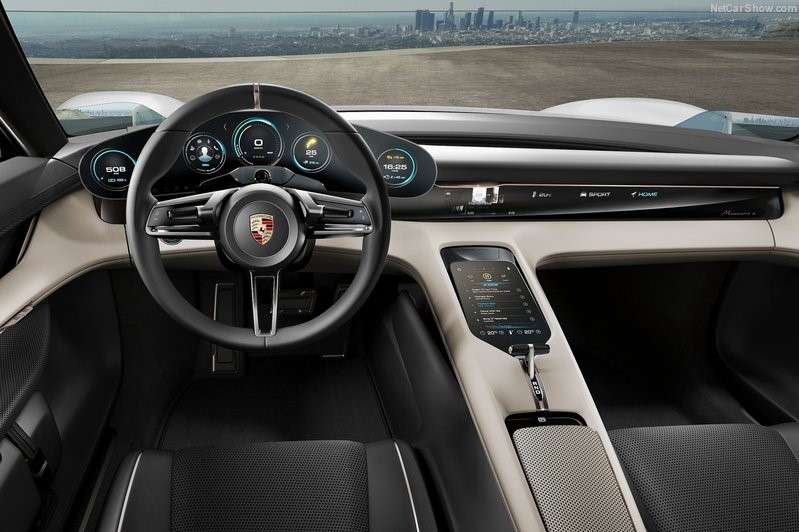 The Infotainment interface takes center stage in the cabin though, with holographic images of options projected across the dashboard that are selectable by gesture control, where one simply "grasps" an option to select it and "pulls" to control it. Eye-tracking is another highlight, allowing the driver to simply look at one of the five digital instruments and at the press of a button, access the menu for the said instrument. These innovations allow for a cleaner dashboard design and yield a simple, intuitive system to use. 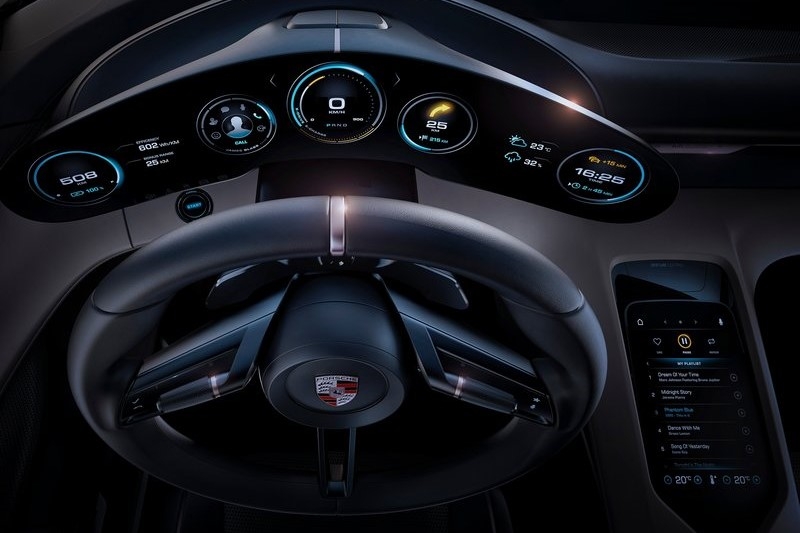 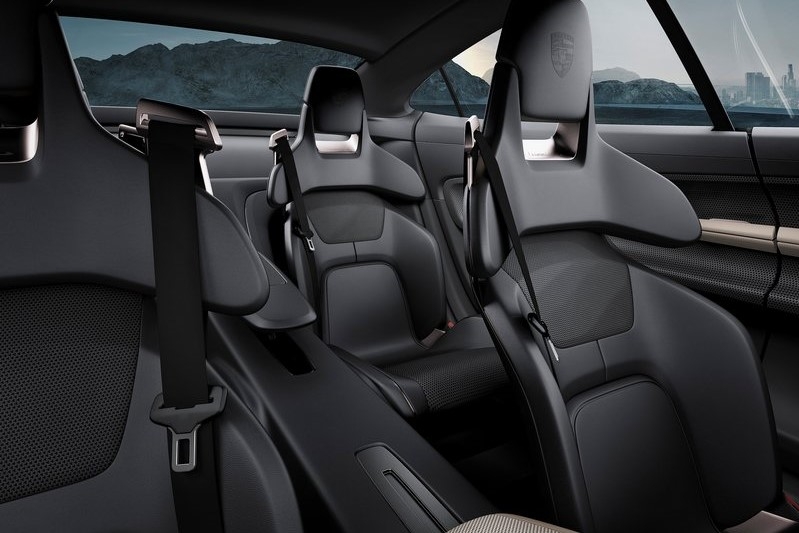 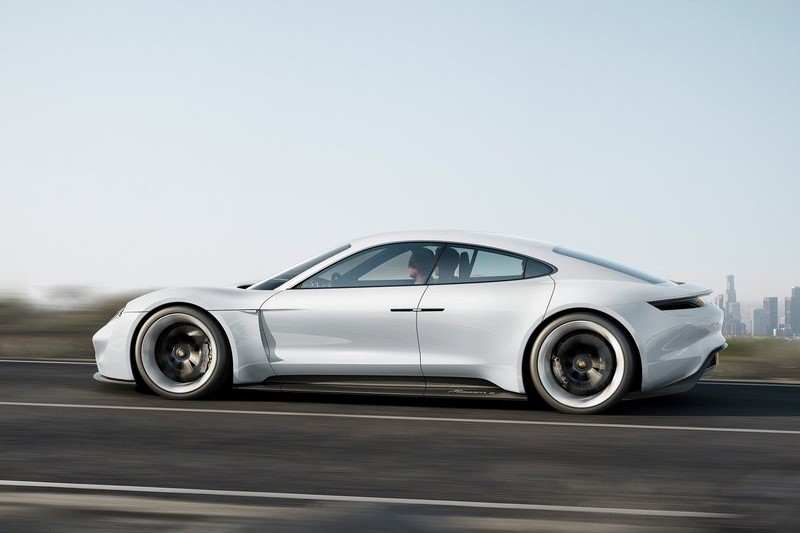 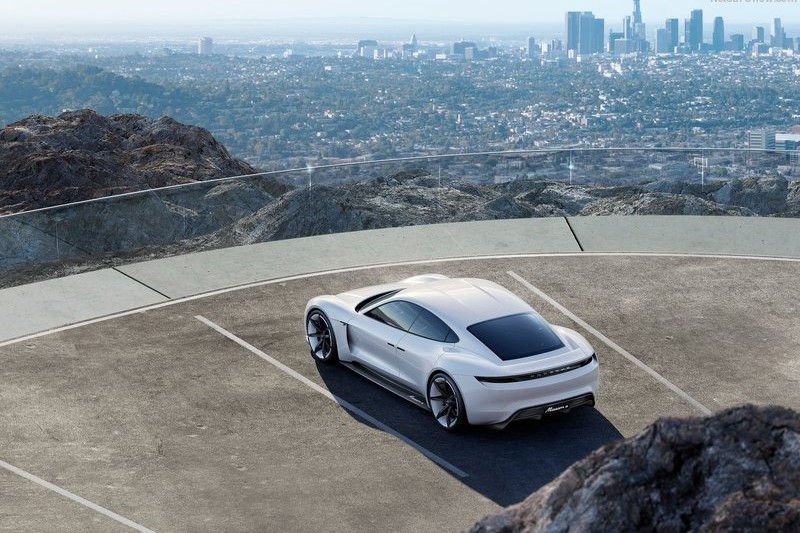