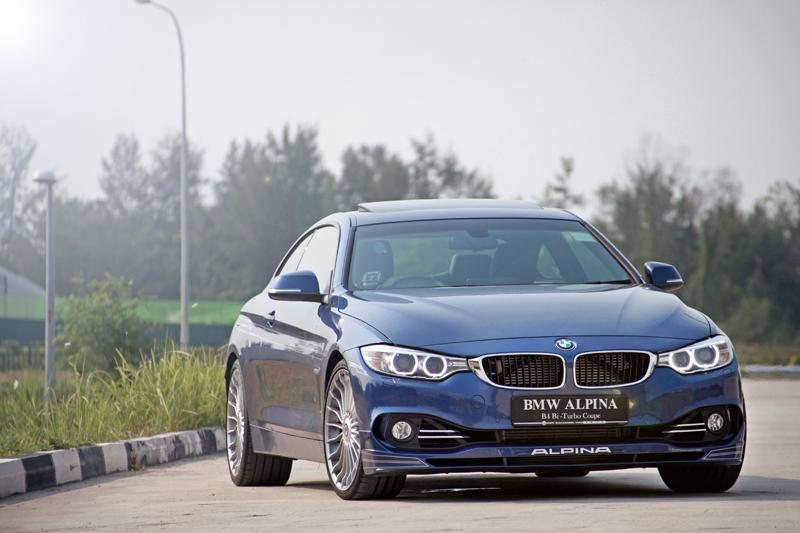 If a 435i Coupe isn’t special enough and an M4 looks too ludicrous for you, Alpina’s B4 sounds like the most appropriate solution

What is the one coupe that could actually seat three other passengers comfortably? What two-door could accommodate a golf bag in the boot? Which coupe would impress your relatives during family gatherings? Which coupe could you use for the school runs and get the attention of other kid’s mums? The answer to all that is, truthfully speaking, BMW’s 4 Series.

But then again, you see 134 of them whenever you leave your office carpark in the CBD – meaning even if you’re driving a range topping 435i M-Sport, no one would bat an eyelid. “Oh, just another two-door BMW”, they would say.

There’s the M4 as well, but its aggressive exterior might ruin your suit and tie image. And your boss might think you’re getting paid too much, while ladies won’t see you as the one for the long haul. 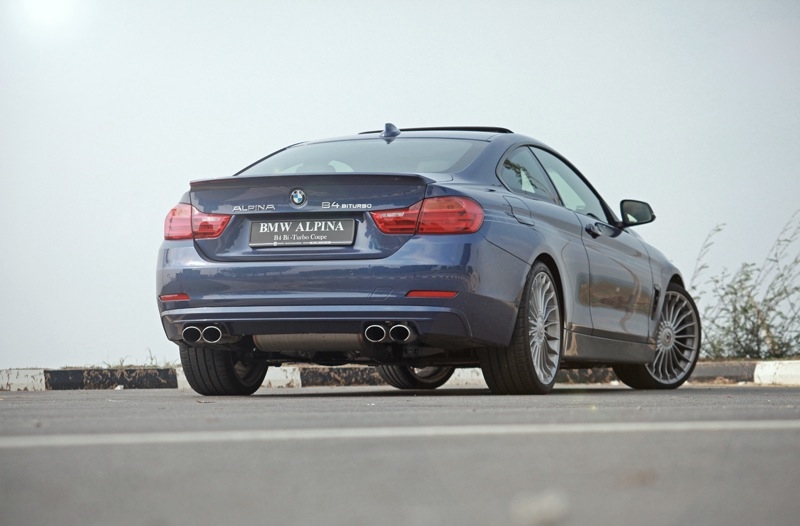 Well there are other options from Audi, Mercedes-Benz and even Lexus, but your heart wants a Beemer and nothing else (plus a 911’s price is off the chart). So, what else could you pick? 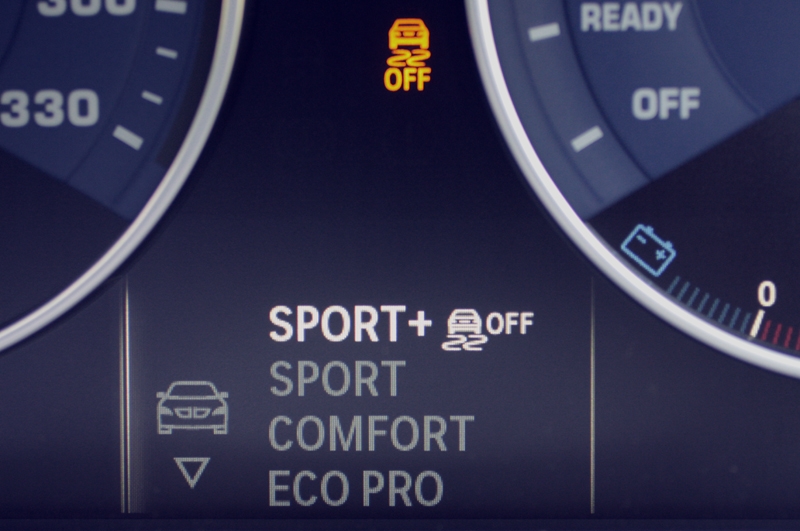 Tadaa… Allow me to steer you towards Alpina’s B4 Bi-Turbo Coupe, which is a very, very, very special BMW; one that, potentially, only you alone could have. 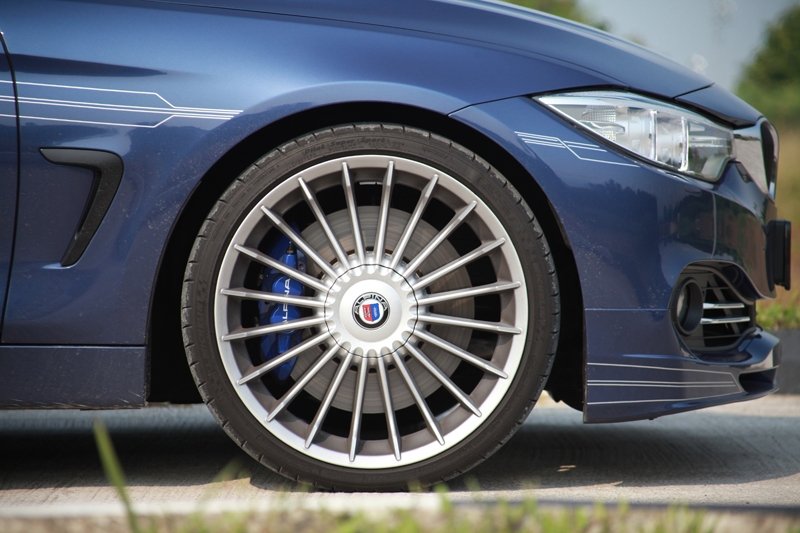 The uniqueness of the B4 begins with its exterior. It gets BMW’s standard Luxury trim, but the front gets an additional lower lip with the ‘Alpina’ name emblazoned on it; kinda telling you, “This ain’t no ordinary Beemer, yo.” 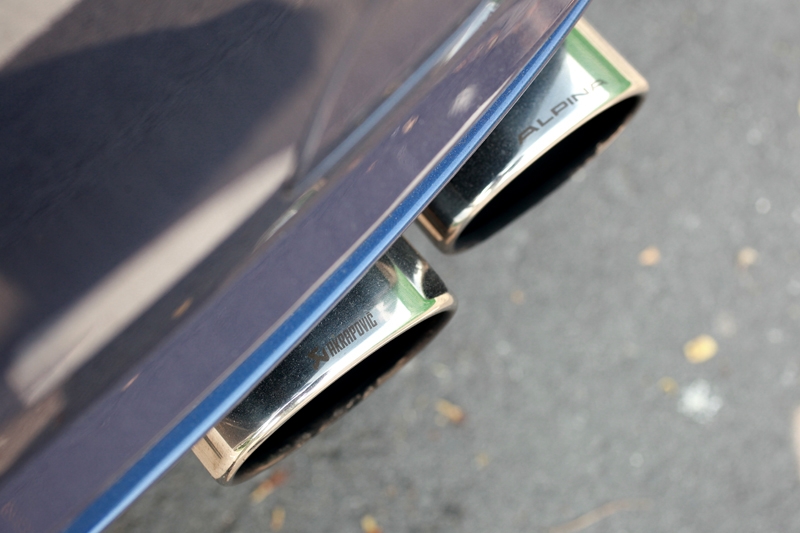 The side profile of the B4 shows off the exclusive 20-inch Alpina alloys (it may take ages to clean but it’s still simply beautiful) wrapped in 245/30 R-20 front and wider 265/30 R-20 rear Michelin Pilot Super Sport rubbers. Subtle it may be, but the Alpina stickers flanking both sides of the car is a dead giveaway that this coupe is not your regular BMW Coupe — fortunately, you can opt to not have it at all. Then towards the rear, one glance might give you the impression, well, this is ‘another BMW coupe’ but take a closer look and you will notice that lip spoiler at the end of the boot, a set of do-not-muck-around-with-me Akrapovic exhaust tailpipes and, of course, the extensive badges. 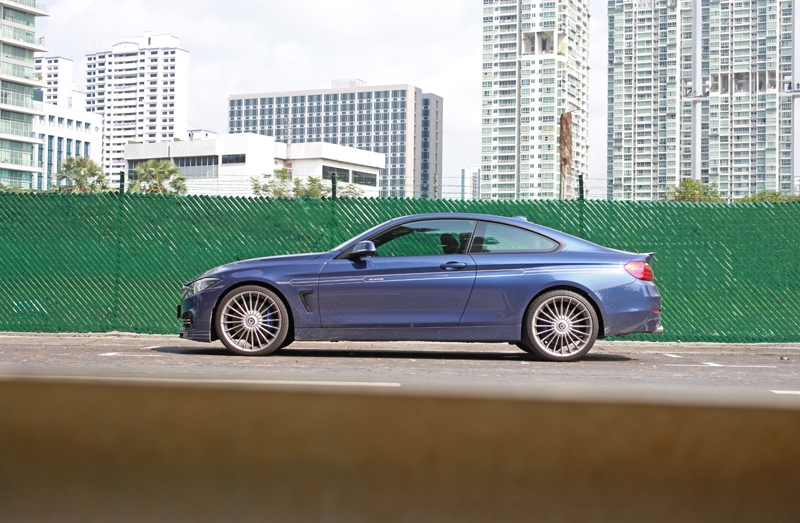 As you can see, style and class is the order of the day in terms of exterior for the B4 Coupe, and that should be a good thing if you are the sort of gentleman who does not fancy flaunting. Oh and by the way, this shade of blue here - Alpina Blue Metallic - is exclusive only for Alpina cars. Hence as the name suggests, BMW doesn’t offer it with their 4 Series Coupe and neither does M. 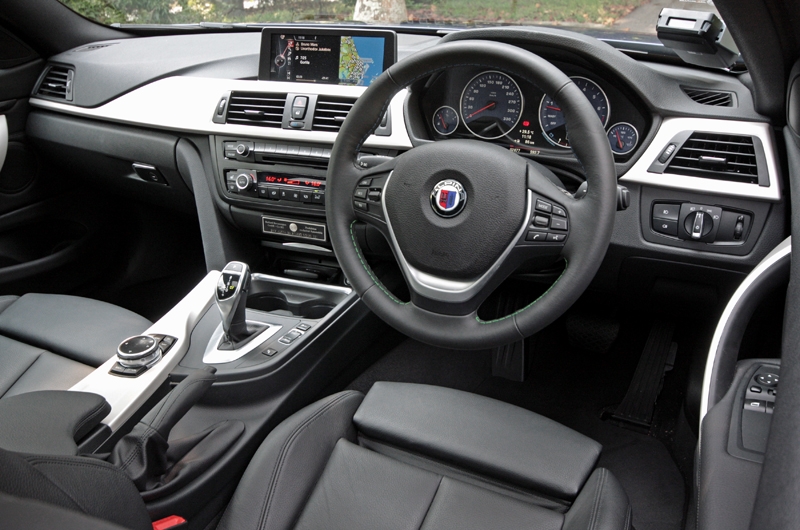 Inside, you get everything similar to the standard 4 Series, meaning a pair of huggable sport seats, enhanced iDrive with touchpad and a sunroof are present. The steering wheel is wrapped with hand-stitched premium leather, the similar one found in a Rolls-Royce. 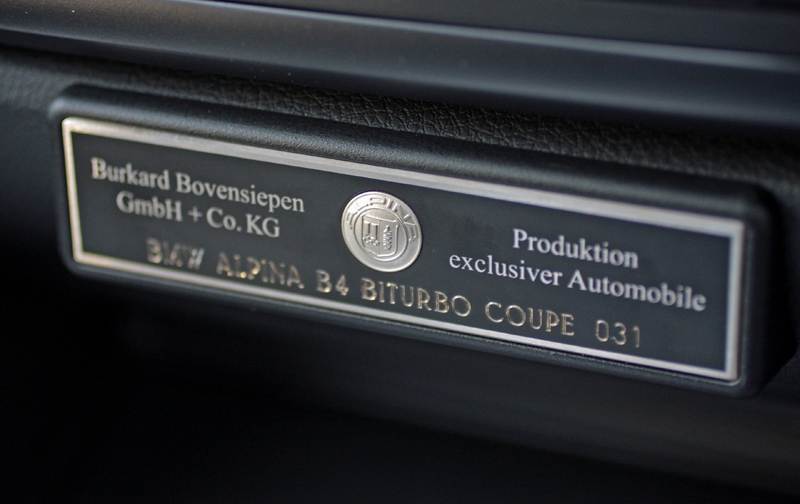 Seats for two at the rear meant you could actually haul two more passengers, although most of the time, it would be accommodating your bags/shopping bags instead. By the way as a sign of exclusivity you also get a plaque on the dashboard to denote what unit number your car is — this test unit here is number 31. 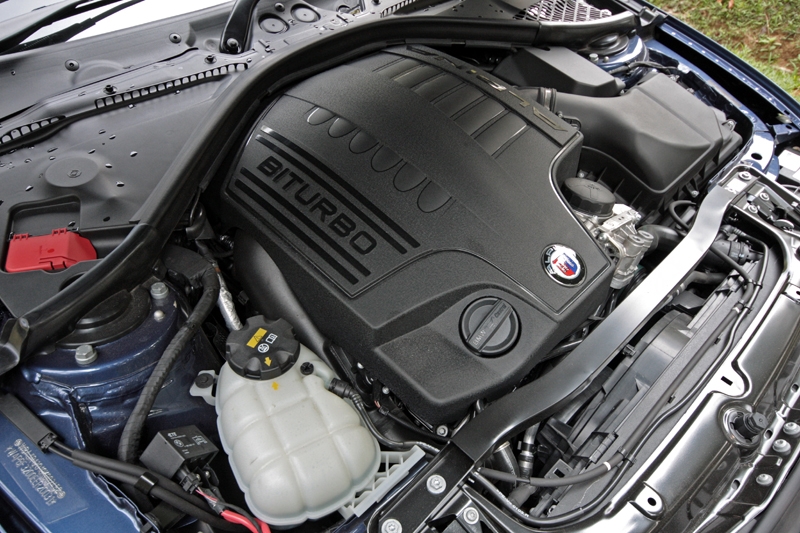 Now here comes the most interesting bit of the car. Under the bonnet lies BMW’s N55 3.0-litre six-cylinder turbo’d powerplant; and a lot of work went into this engine to make it faster and more reliable than the standard engine, mind you. To begin with, Alpina fitted a pair of turbochargers (standard BMW unit only has a single turbo), a forged-steel high strength crankshaft, optimized air-intake system, a high-pressure fuel pump and high capacity intercooler. It also gets a set of Alpina-specified NGK spark plugs and last but not least, performance-focused engine mapping to make the B4 a highway cruiser that could actually give supercars something to think about. 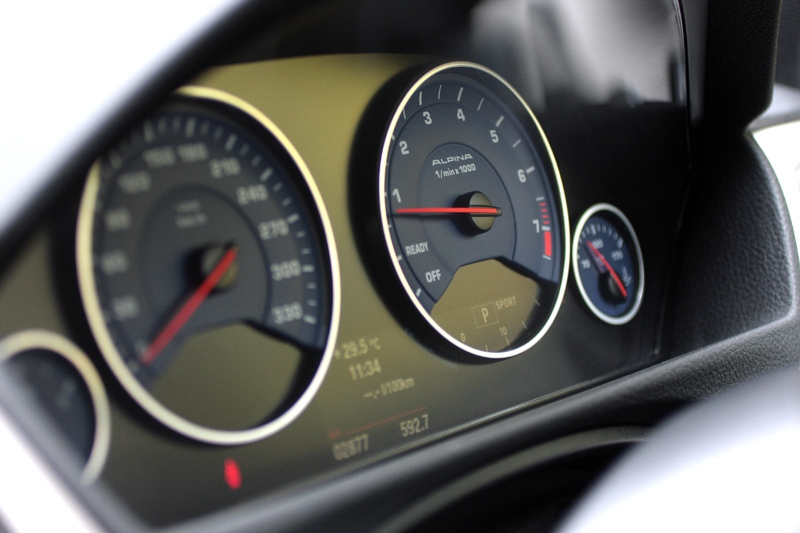 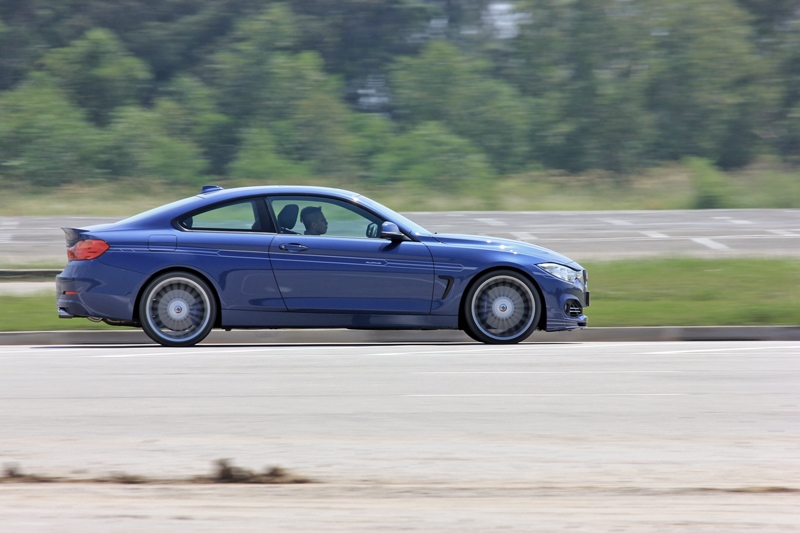 And those numbers do sound legit looking at the way it delivers all the power. Instead of sprinting from one traffic light junction to the other, it actually rockets ahead with ferocity. At the same time when you engage Sport mode, the Akrapovic exhaust comes alive, burbling along with a manly, bassy roar — the last time I came away impressed with a factory-fitted exhaust note was with Porsche’s Boxster GTS and suffice to say, the B4’s gave a similar feeling. 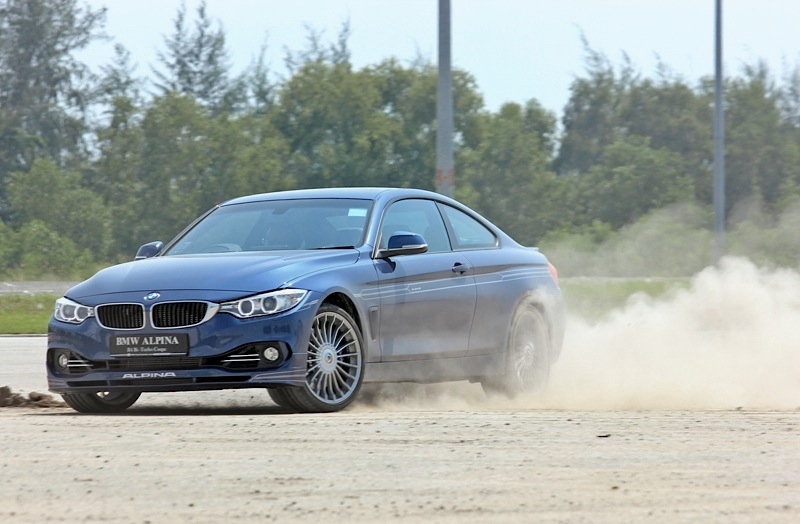 Driven normally in Auto, the B4 turns into a brilliant cruiser, providing a nicely balanced ride quality — there’s a perfect balance without erring towards either comfort or outright stiffness. On the contrary, the standard 4 Series seem — according to my butt feel — at least 15% softer. Rightly, Alpina deserves a big round of applause for getting this sorted. 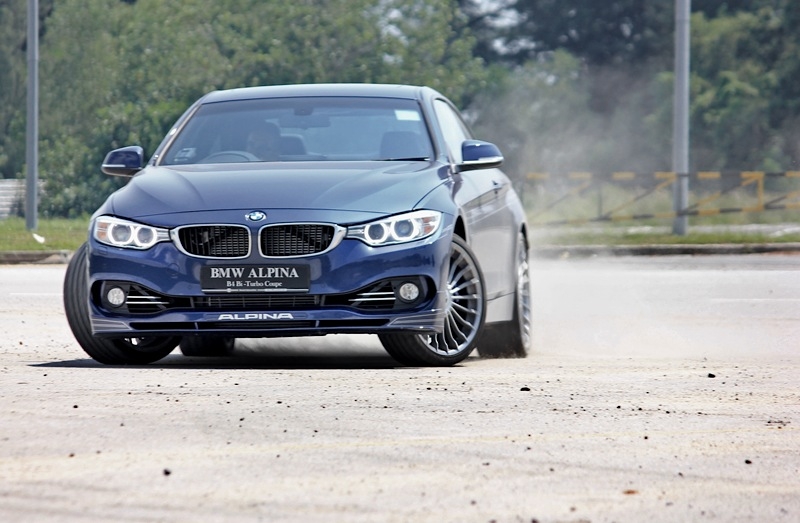 It must be said though, the B4 feels more like a grand tourer rather than a 911-chasing sports coupe, because the slight compromise in delivering a perfectly balanced comfort/performance chassis is in the way it performs along sweeping bends. Don’t get me wrong though, it has good grip and minimal understeer even when driven close to its limit, but in terms of assurance, it’s half a notch below a 911 still. Fine, comparing a front-engined rear-wheel drive to a rear-engined rear-wheel drive configuration is like opening a can of worms, but buyers looking in the direction of the B4 would naturally compare the two 2+2 (pun intended). 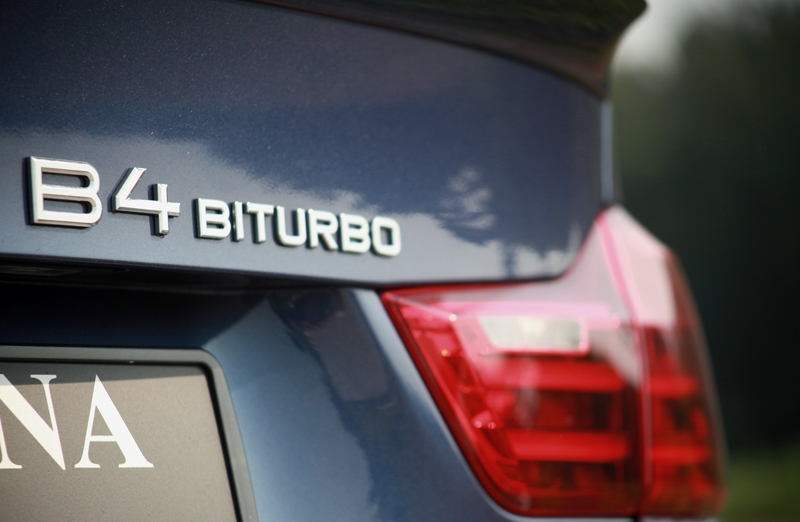 But, it is still a willing party when you feel like playing hooligan by having some sideways fun — something you need to work much harder with the 911… 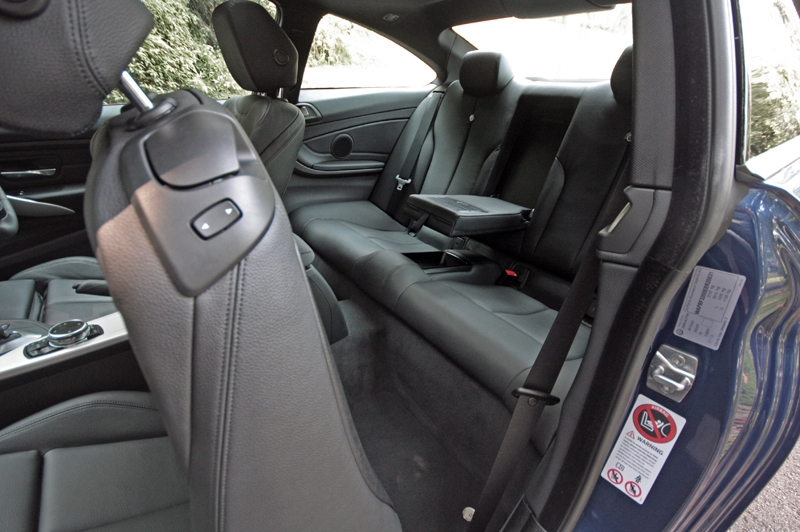 At 1.68 meters tall, this writer could still get comfy at the back

So all that said and done, why should you get for yourself the Alpina B4 Coupe? After all its price tag could get you a bigger 640i Gran Coupe, and it still doesn’t handle as good as a 911; also, the premium it commands over the 435i Coupe still doesn’t put the B4 that much far off, looks wise.
Here’s why: Because you just could. Now also, imagine surprising other clueless drivers with its straight-line capability. Sounds classy enough to me.