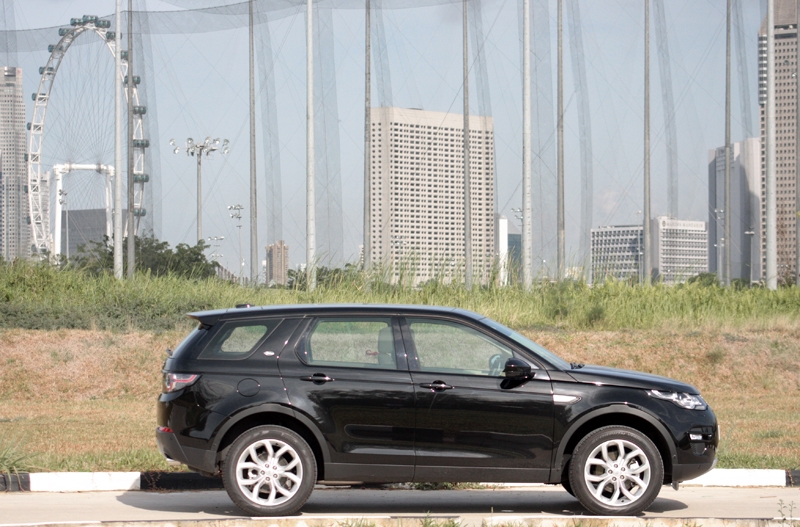 At 4:30 pm every afternoon, it would be my time to have my cup of coffee. And it’s also the same time I would like to have some uninterrupted me time: I’ll be smelling my cup of 3-in-1 coffee as though it was some premium roast and I’ll stare into space. But it’s not a waste of time though – during that same time I’ll be thinking of ways to take over the world, wonder what I’ll be doing if I’m not doing what I do for a living right now, planning to stage a protest outside LTA’s office for lower COE premiums and better road conditions (considering our high road taxes) or very simply, “what on earth shall I have for dinner later?”

To be honest, I had my cup of coffee earlier when the new Land Rover Discovery Sport was with me. In fact, I had it half an hour earlier at a coffee shop in Jurong East. 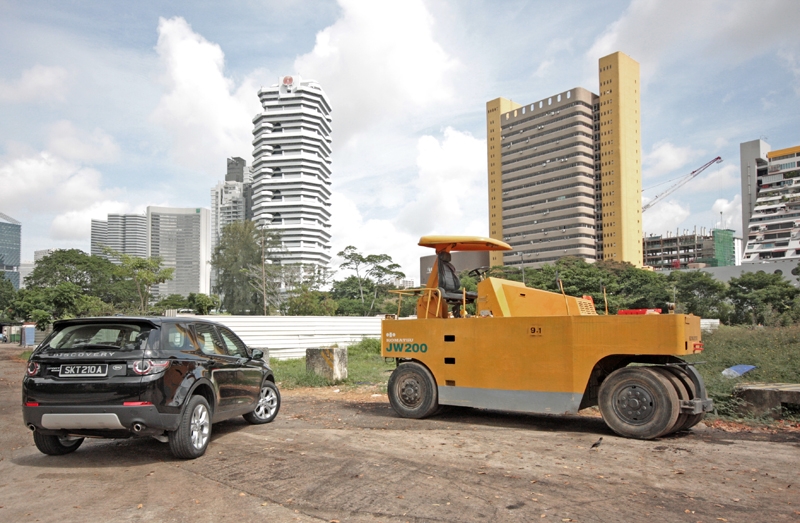 Because prior to that, I was happily exploring some dirt path in Lim Chu Kang trying to see whether this Land Rover Discovery Sport is a Land Rover; whether it had gone soft to appeal to the luxury SUV buying crowd or is still staying true to its bugger-I-am-going-to-bash-any-bushes-in-my-way roots. 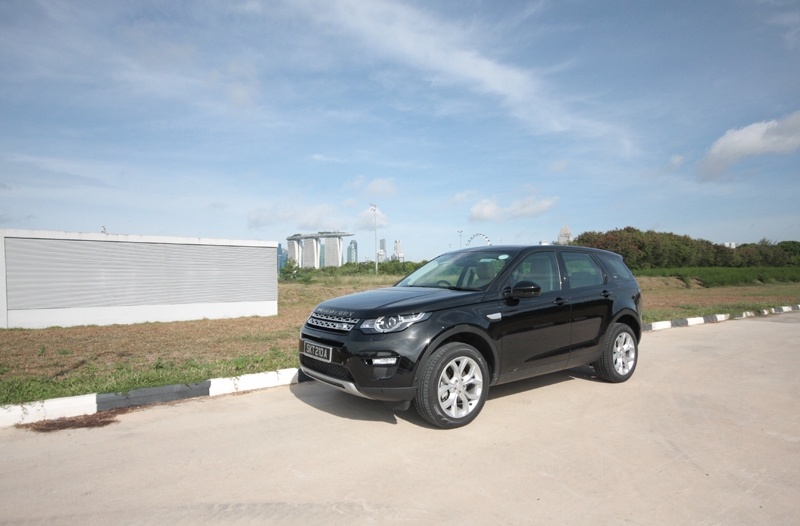 And it was during this (I had two iced coffees thanks to the weather) alone time that I actually realized that the Land Rover Discovery Sport had, actually, gone soft. Yes, it still has the Terrain Response system that allows you to drive the Disco Sport over almost any sort of surface, but it seem to feel no different than an X3. Of course when you think about it again, BMW once owned Land Rover; looking at how niche Land Rover is, BMW picked up all the off-roading technology and later, tadaa, sold Land Rover off to a new owner. Then come up with their X models, rapidly expanding to fit every possible SUV segment. Smart.

Now back to this fresh-off-the-oven Disco Sport. A replacement to the Freelander — which I personally thought was one of Land Rover’s finer, real-world product — that did rather well for an entry-level model, this Disco Sport gets all the mechanical running parts taken off the Evoque we reviewed last year. Power comes courtesy of the 2.0-litre Si4 turbocharged engine, and mated to the ZF-supplied 9-speed automatic transmission (yes your eyes are reading that right), it whips out 240 bhp with 340 Nm maximum torque available from as low as 1,750 rpm. 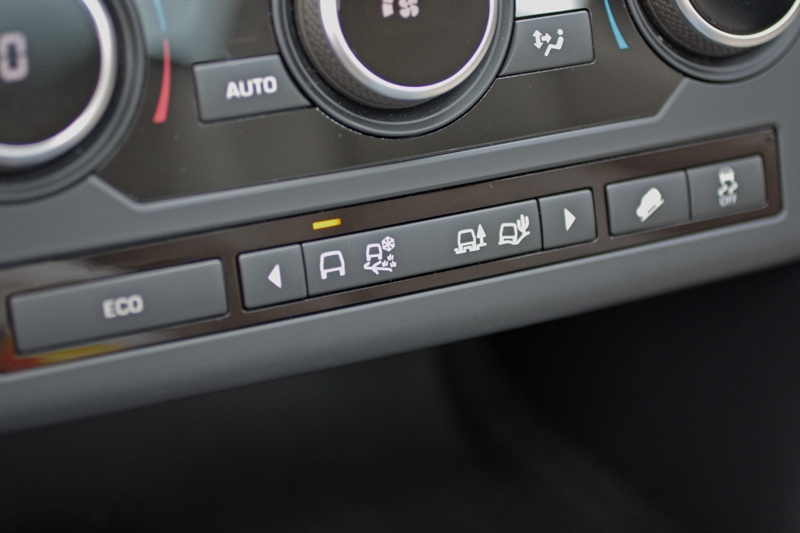 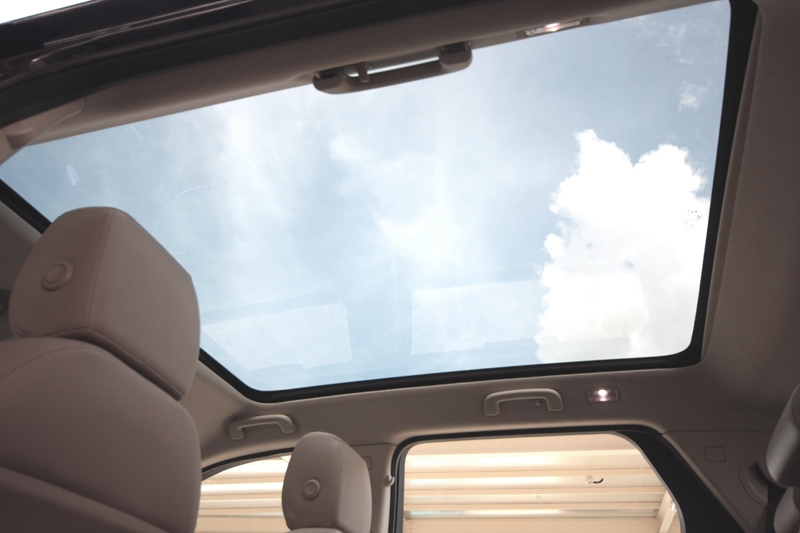 So, officially, the Disco Sport is the slowest next to its peers and hence the game is over. The end. 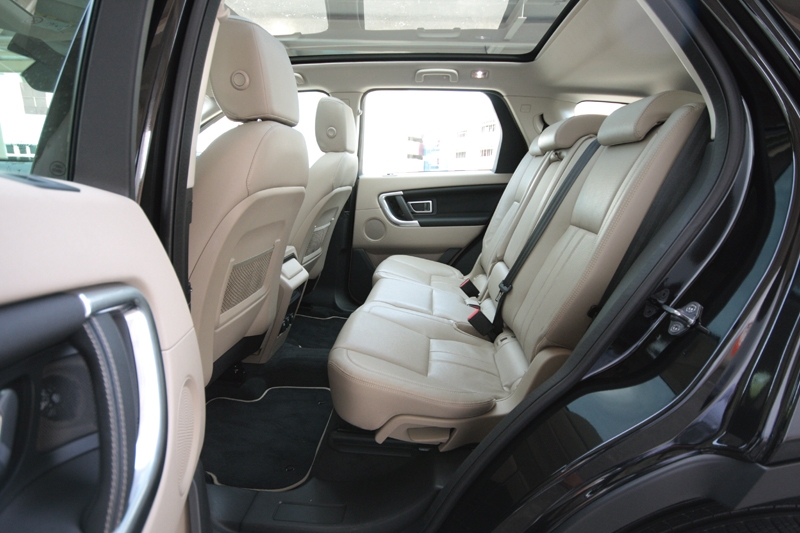 Not really. The one major advantage it has over the X3, XC60, Macan and even Q5 is the usefully large cabin. So large, it even has a third-row seat its competitors refused to fit into their respective SUVs. Sure the Disco Sport isn’t the longest (the Macan is) or does it have the most generous wheelbase (the X3 and Macan both has 2,810 mm compared to the Disco Sport’s 2,741 mm); but to make up for it, this Land Rover is the widest at 2,069 mm and tallest at 1,724 mm. Then to add on, a bunch of designers which smartly maximized the cabin’s space to make it feel wider and airier than the rest. 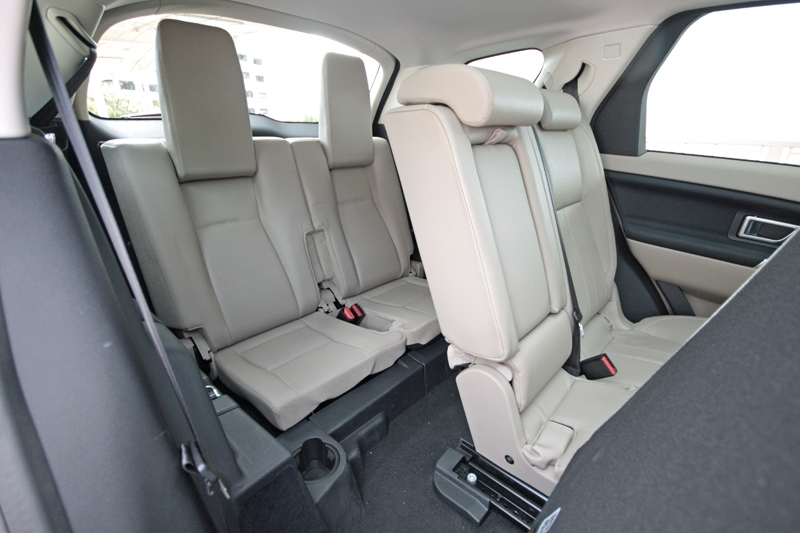 The third row seat when not needed for any duties, folds flat into the floor, which exposes a really large boot space. That said, the third row isn’t that shabby; putting the second row seat in an optimal position, I can actually fit my 1.68-meter self back there comfortably, although I must point out that getting in is quite a challenge as I’m not as slim as a ballerina. Also, while being relegated to that seat for a trip from Tampines to Bedok is no issue, getting from Tampines to Tuas might actually kill me though. Exaggeration aside, I reckon young kids up to pre-hormonal teens should be able to live back there; for additional comfort, there are also air-con vents. 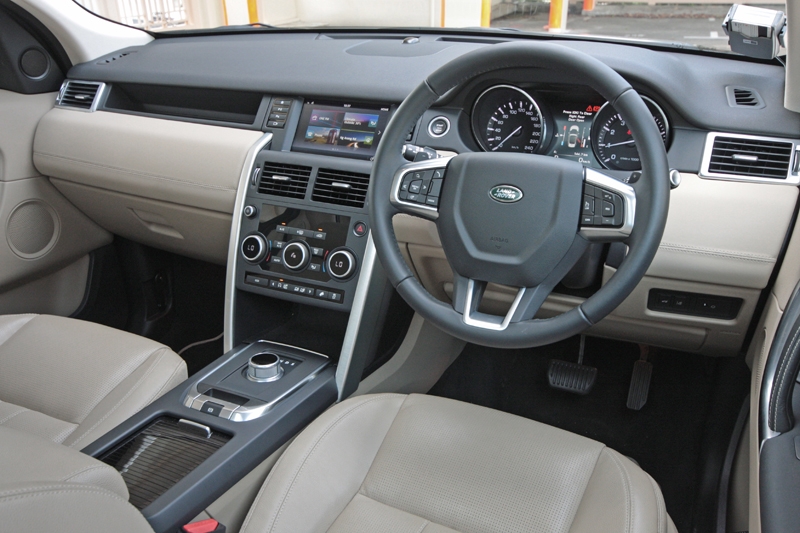 Driving position is fairly comfortable for any drivers, looking at how well appointed every control buttons are, on top of the fact that you are sitting above the rest of traffic. The standard panoramic roof gives a sense of space too, and along with the brilliant build quality, shows how much attention Land Rover has successfully paid to ensure comfort and quality is present. 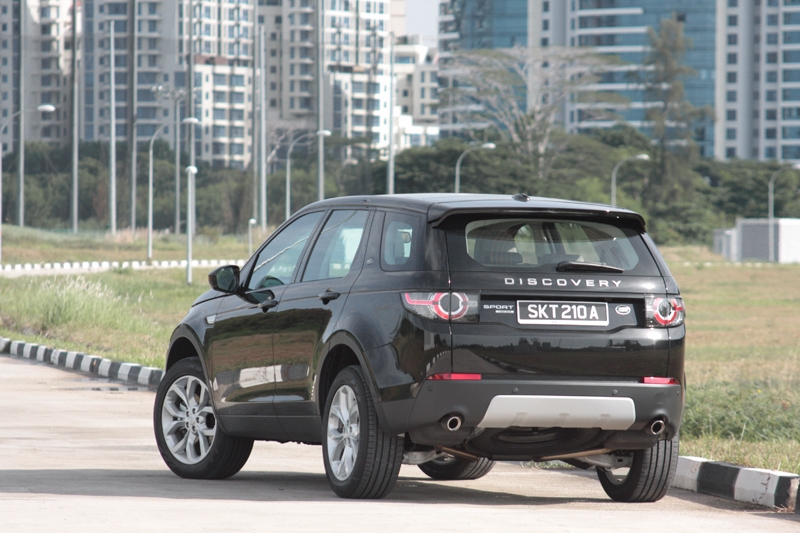 On the road, the Disco Sport accelerates forward confidently and without much fuss; you can participate in some friendly drag races too. Then on the expressway, you feel a little more refinement over the Evoque — engine noise and tyre roar are less audible, and wind noise is only heard when you explore further into the three-figure zone. One thing to note, however, is this: the extra two ratios seem a little redundant. I noticed that to cruise along the expressway comfortably, the transmission would only go to as much as the 7th ratio. You need to go past the Jalan Ahmad Ibrahim of the AYE — in the direction of Tuas - to actually see the 8th and 9th ratio welcome themselves. 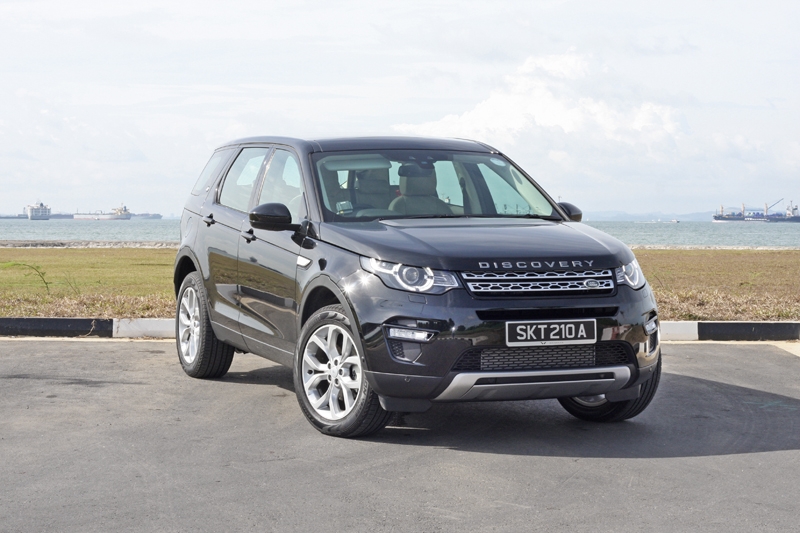 In terms of handling, there’s nothing to fault the Disco Sport. You could actually take fast and sweeping corners without a hitch, and the electric helm actually getting positive feedback. Body movements at directional changes are not at all silly, and I dare bet my unopened pack of premium 3-in-1 coffee it could keep up with a standard Golf Sport. 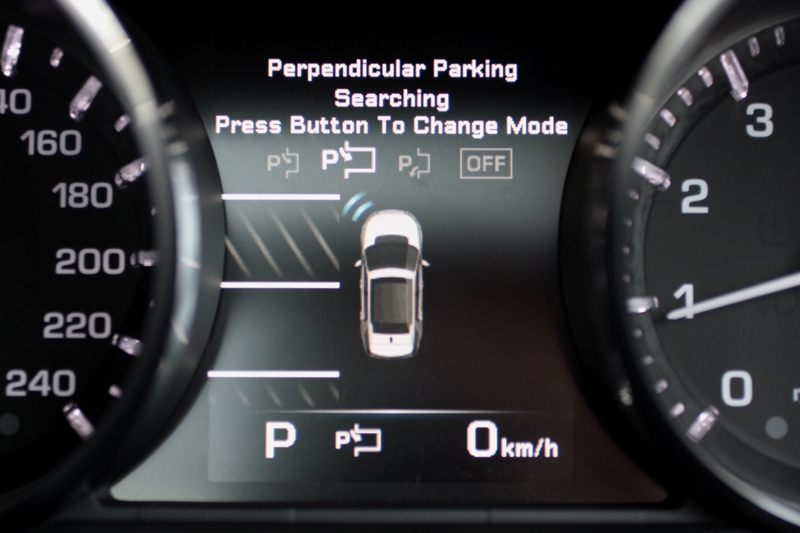 At the end of it all, the Land Rover Discovery Sport actually is a versatile, do-it-all SUV that is just perfect for family men who have always wanted a Land Rover that ‘love all, serve all’ and costs not that far off the Germans. I would highly recommend this if practicality rates highly as - truthfully speaking - its real competitor would be a used Volvo XC90. 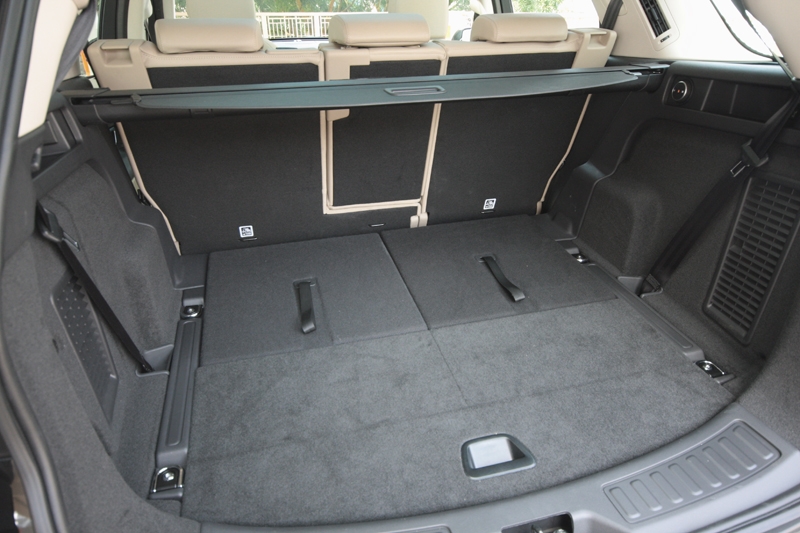 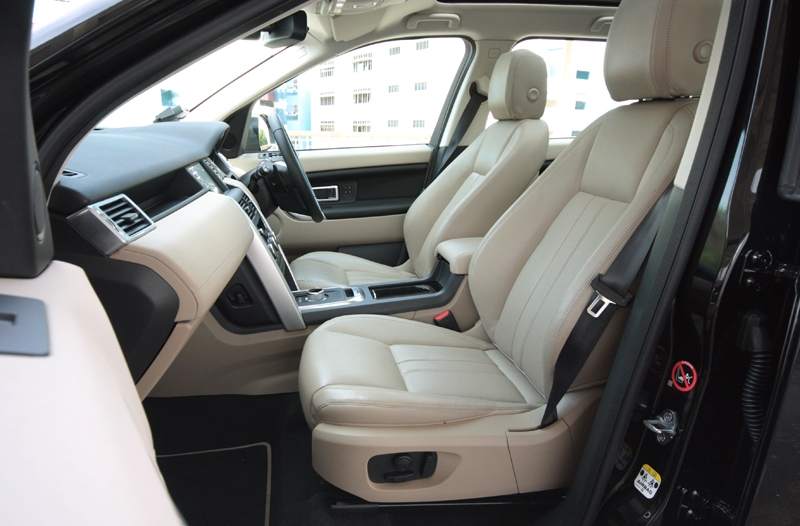 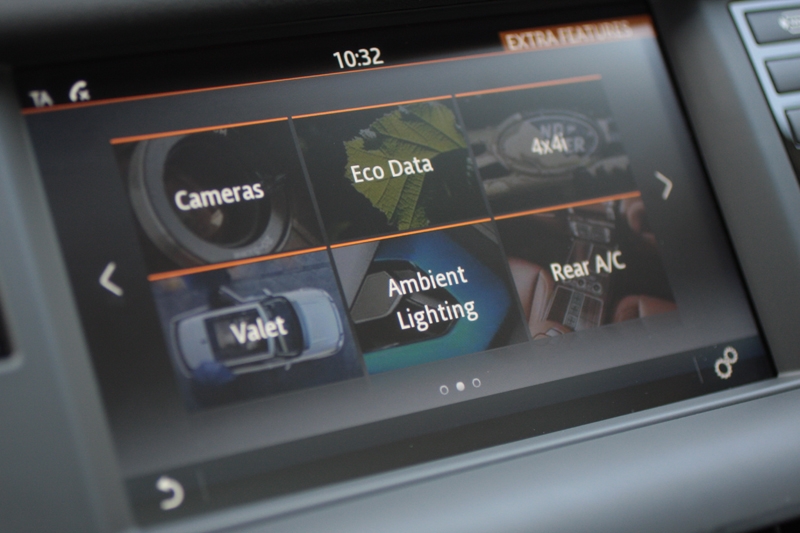