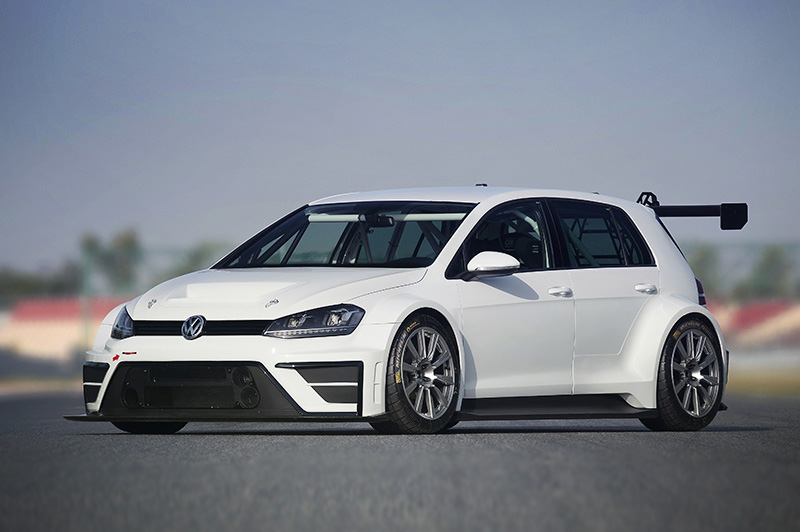 A Golf for the racetrack.

Volkswagen Motorsport is developing its first racing car based on the Golf 7. The production-based, 330 bhp concept car is assembled in accordance with TCR regulations and is intended to help Volkswagen evaluate a potential customer racing programme from the 2016 season onwards. If their success in WRC is anything to go by, new TCR race teams should seriously consider running one of these.

Mean and lean. This lightened Golf racing car is just like any other Golf (well, sort of) with front-wheel drive and a six-speed DSG gearbox.

In fact, partner Liqui Moly Team Engstler will be running two cars at the eighth round of the Touringcar Racer International Series (TCR) at the Red Bull Ring in Spielberg (A). This will be the first competitive test for the car. “The newly created TCR category provides a promising platform for customer racing — on a national and international level. With exciting races, production-based technology and reasonable costs, it offers a new outlook for private racing teams,” said Volkswagen Motorsport Director Jost Capito. 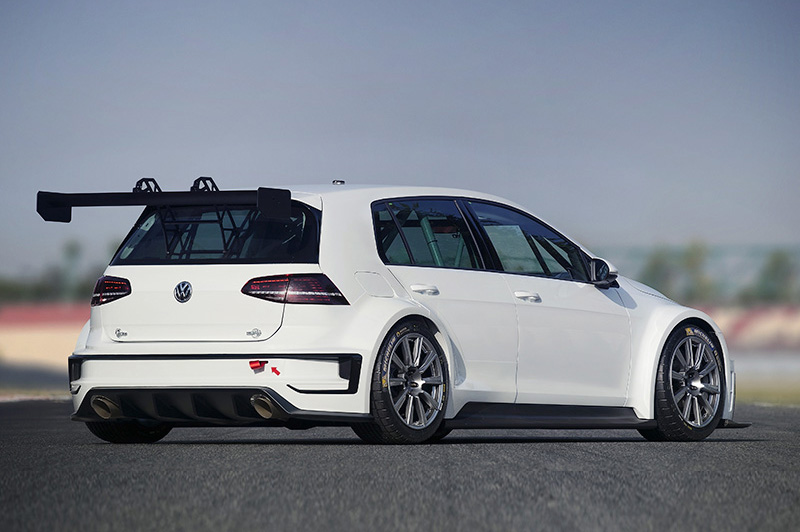 “When developing the Golf-based concept car, we are able to fall back on the resources at Volkswagen. This reduces both development time and costs. We will also use the rest of the season to test the car under competitive conditions and evaluate a possible customer racing project from 2016,” he added. 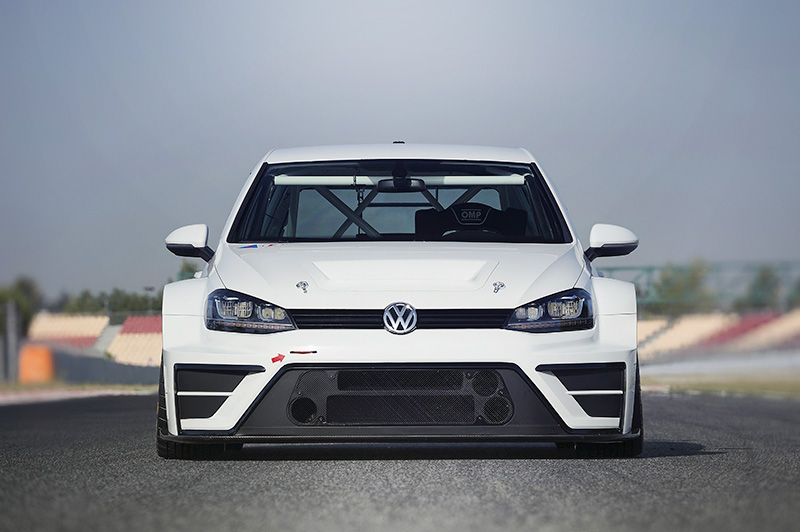 Flared arches make this one of the widest Golf 7s to ever burn tarmac.

This is one Golf you won't want to mess with. Lightweight 18-inch racing rims, a chassis roughly 40 centimetres wider than that of the production Golf, and a huge rear GT-wing (or should it be called the TCR-wing now?) give the Golf a “ready-to-race” look. An aerodynamically designed front splitter and carbon rear wing are also additions for race use. 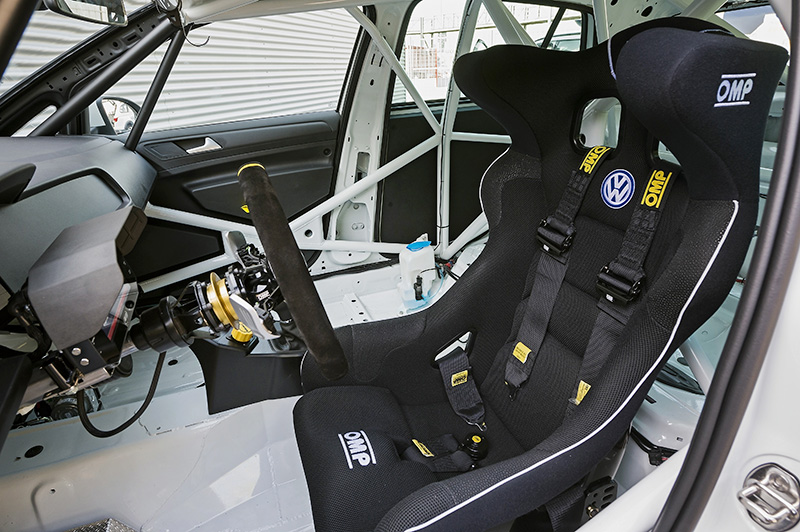 Bare bones interior is built with safety measures according to FIA regulations.

So it's got 330 bhp, 410 Nm of torque, a DSG gearbox with shift paddles and is driven by the front wheels. Sounds like a souped-up GTI? Not really. Just look at the interior and we can only imagine how light this race car weighs (no official numbers yet). The seats are made with special head protectors and the driver is shrouded in a racing safety cell - all in accordance with FIA regulations. The TCR Golf goes into action this weekend. More updates when we have them.