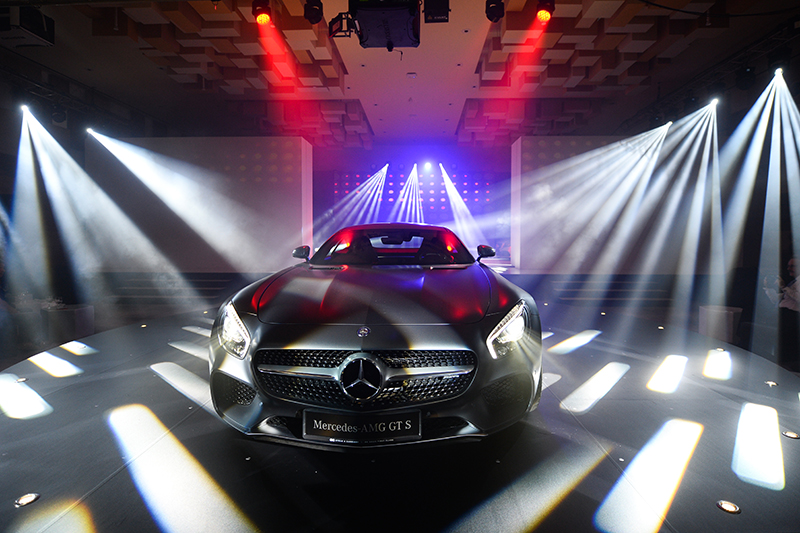 With more than 1,000 bhp between them, the new Mercedes-AMG GT S and Mercedes-AMG C 63 S flex their twin-turbo V8 muscles for their official launch at the Grand Hyatt.

Back in 1900, a 35 bhp four-cylinder car made headlines as the most powerful racing car of its day. It was none other than the Daimler-powered Mercedes, a car named after Emil Jellinek's (the man who funded the company that eventually became Mercedes-Benz) daughter. For its time, it was a rather sexy looking car too.

115 years on, the new Mercedes-AMG GT S carries this heritage forward with its svelte silhouette and a stonking mad twin-turbocharged V8 that produces 510 bhp and 650 Nm of torque. Quite a progression from 35 bhp.

Based on the SLS, the GT S is lighter and has room in the boot for golf bags and luggage. It doesn't have gullwings though and has been designed and priced to go head-to-head with the Porsche 911, instead of the more exotic kind like its predecessor did. But the 911 seats four (well, sort of), while the GT S is a two-seater. Oh well, we'll know more when (and if) we get to drive one. 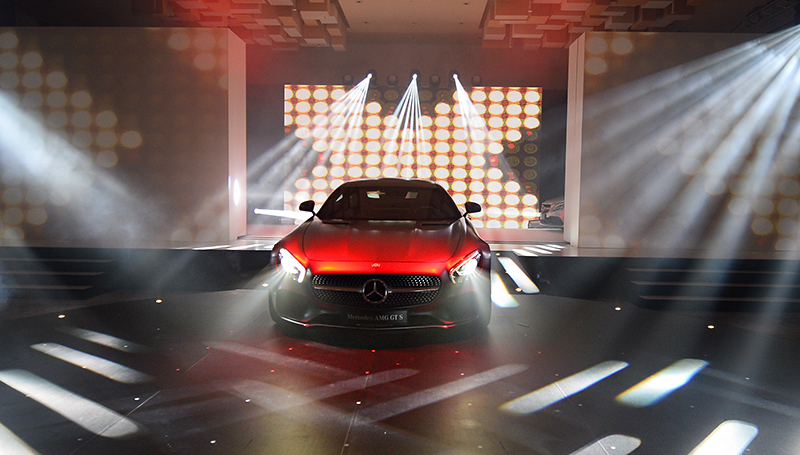 On paper, this new twin-turbocharged 4.0-litre V8 will hit 100 km/h in 3.8 seconds from standstill. The AMG Speedshift DCT 7-speed sports transmission has a choice of four transmission modes. Choose from ‘C’ (Comfort), ‘S’ (Sport), ‘S+’ (Sport Plus), and ‘RACE’. Mercedes claims that the revised transmission responds faster than the old one. For the GT, only the higher powered S model will be available for now. 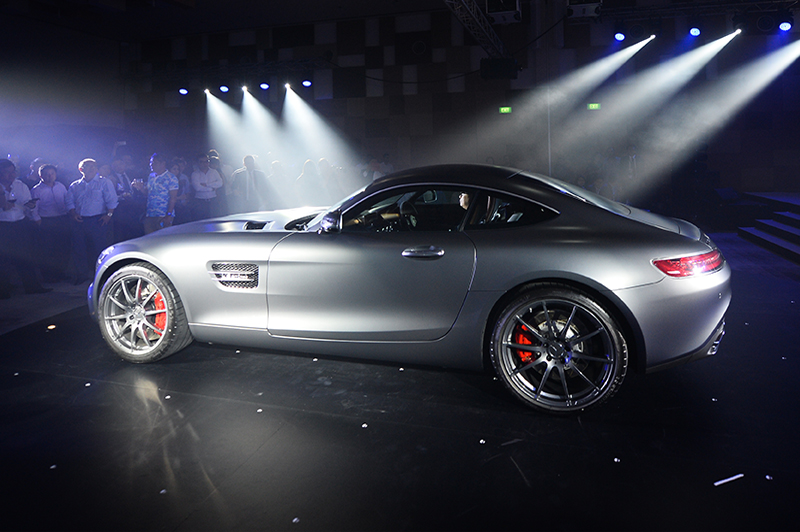 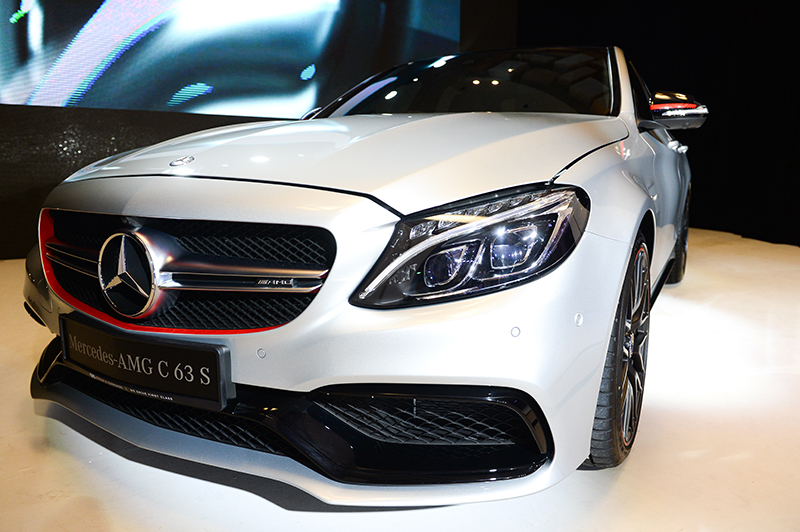 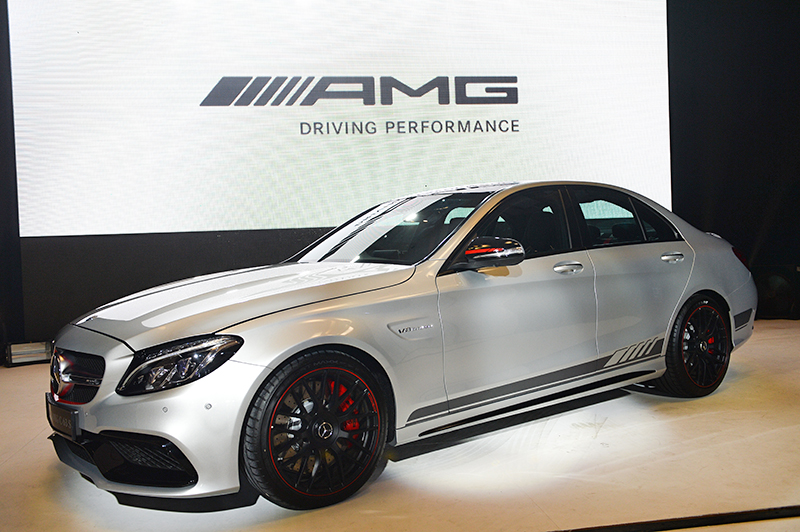