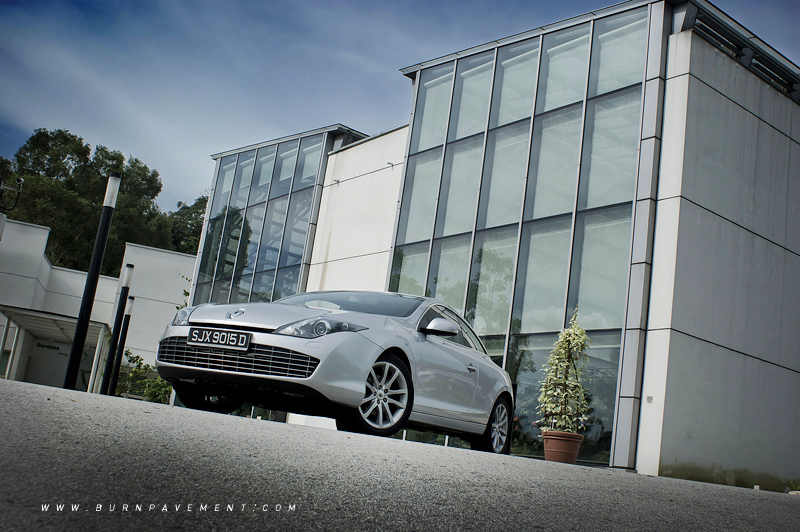 An Aston Martin-esque front and seductive body lines make the Laguna Coupe a desirable and affordable car to own.

When the Laguna Coupe was first conceived as a concept, the whole waited with bated breath at the possibility of owning what seems to be an affordable Aston Martin. And rightfully so, for when the Laguna Coupe was presented in production ready form, the car was simply oozing with Gallic flair and finesse, just like a certain David Ginola.

Amongst the Laguna range of vehicles in the Renault stable, the Coupe is definitely the most stylish, as compared to its hatchback and sedan siblings. Though many (usually the automotive purists) may scoff at its attempt at being a pseudo Aston Martin, those in general would probably appreciate and fall in love with the car, which means a job well done for the designer. But has the designer done much then? There is a saying that goes along the lines of 'Less is more', and for the Laguna Coupe, Renault has managed to achieve that with its clean lines. 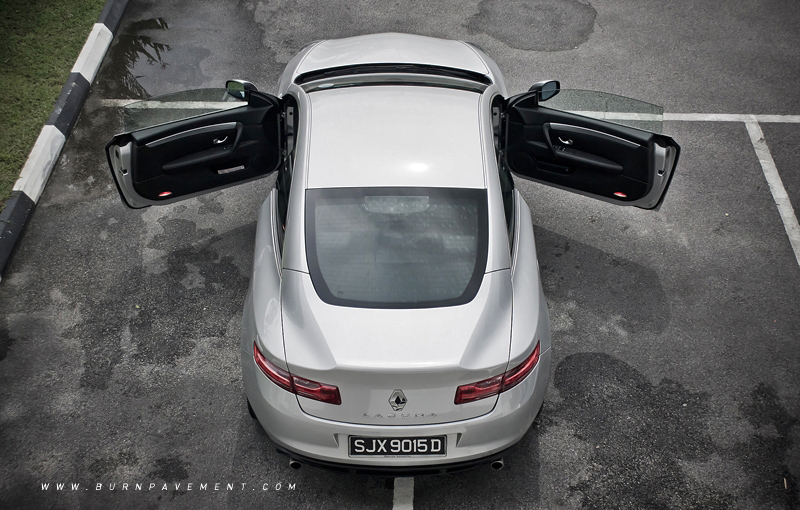 This is especially true for the car's rear, with its minimalist tail lights as compared to the usual humdrum of conventional boring light clusters blending perfectly with the sleek lines that flows down the flanks of the car, tapering off gently into a soft shoulder line that merges seamlessly with the car's classic long-nose GT styled front that it shares with its hatchback sibling. A well proportioned and tastefully executed car, the Laguna Coupe is indeed a stylish French coupe that looks distinctively unique with nary a hint of it being contrived at all. 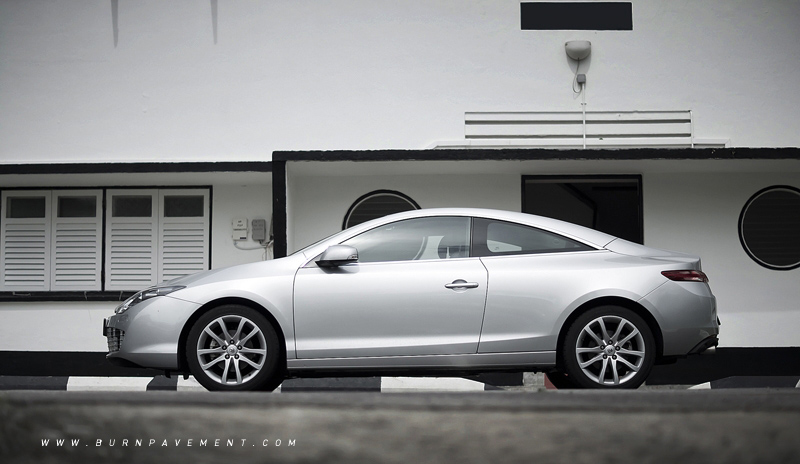 As for the interior, how would the Laguna Coupe fare in the design and amenities stakes? Sadly, the inside of the car is pretty 'minimalist' as well, a continuation of the car's external styling. Inside, you get the usual, a continuation from the Laguna sedan's dash instead of a exotic coupe's but then again, one could only get exotic stuff with exotic prices. Like I said, this is sensible seduction. 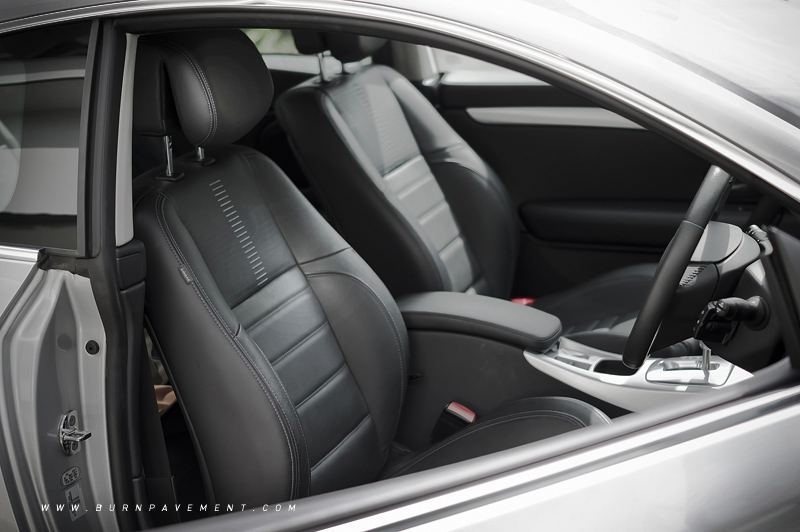 Though a tad bland, this does not take away the fact that the Laguna Coupe's interior is actually quite comfortable and cosy, with the materials used feeling and looking high in quality. The factory wrapped leather seats feature a subtle design on the front seats' back rest, the steering wheel a modern take with an aluminium effect insert while the rest of the interior provides a soothing contrast of silver insets with the car's black interior for that clean and relaxed feel. 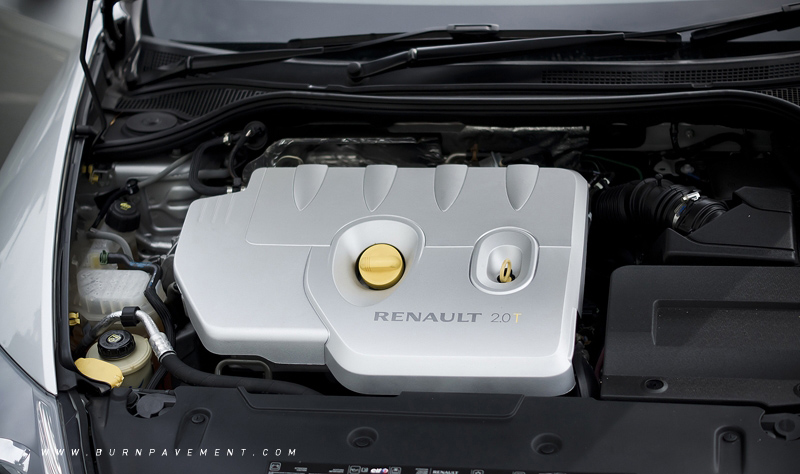 So how does the car perform apart from being a looker? Will it perform as well as the car it is trying to resemble or will it be a case of the farcical French in the recent 2010 FIFA World Cup? The Laguna Coupe for that matter, unlike its footballing French counterparts, has more drive and gumption. Using an engine that is also found in its hatchback sibling, the Laguna Coupe's turbo charged two litre four-pot that is coupled to a six-speed auto with a manual '+/-' function is more productive than a certain Domenech, with 170 horses at 5,000rpm. There is also 270Nm worth of pulling power which makes the Laguna Coupe an able cruiser. 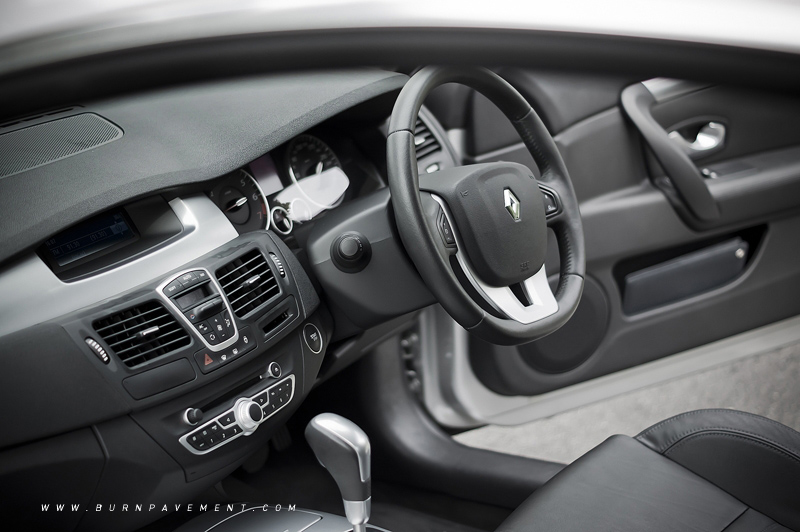 Accelerating from 0 to 100 in a respectable 9.2 seconds, the six-speed gear box provides the ability to pull away from the traffic adequately with little hesitation through the gears, guiding the Laguna Coupe effortlessly down the roads. The gear changes are relatively smooth and responsive, with the car chugging along with nimbleness and amazing quietness. This coupled with a well insulated cabin, allows the passengers to experience the Arkamys audio system in better aural surroundings. 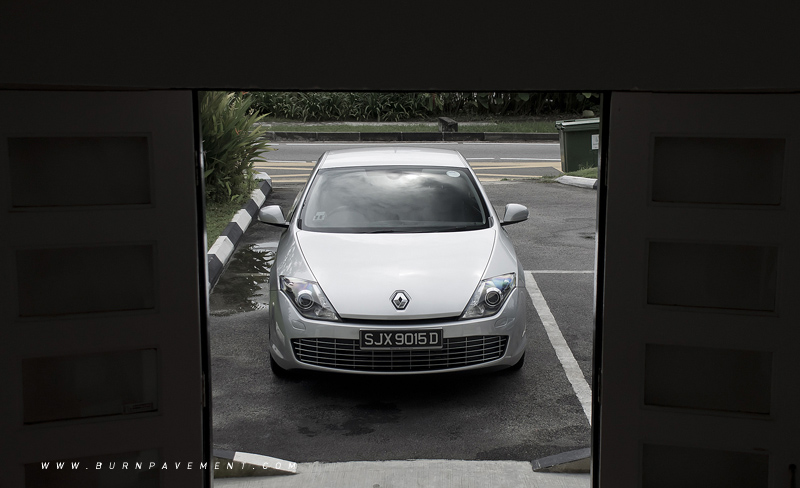 As usual, we brought the car to our usual test route for some handling 'tests'. Behind the steering wheel, the Laguna Coupe feels well balanced with good feedback on open roads. Chucking it round some bends, the Laguna Coupe's well balanced chassis and steering (though a tad artificial), takes to the corners with fluidity, though there is some hint of under steer. The brakes are also well balanced and retards speed effectively without any fuss, performing sharply and reassuringly. 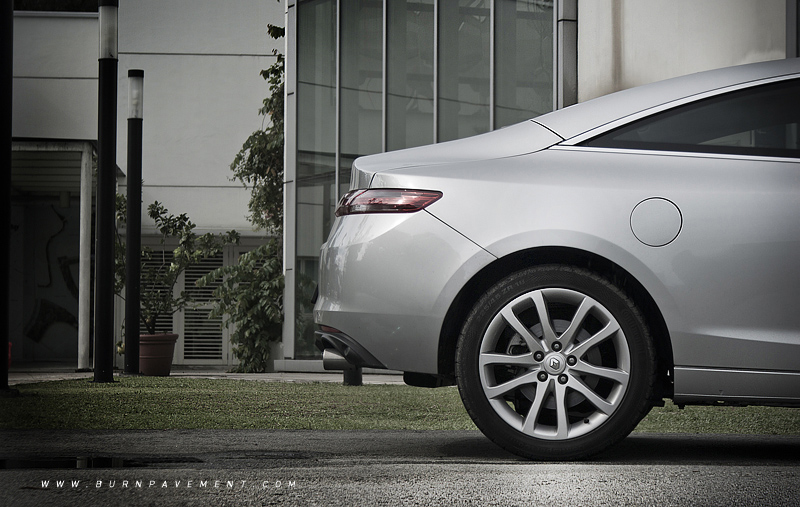 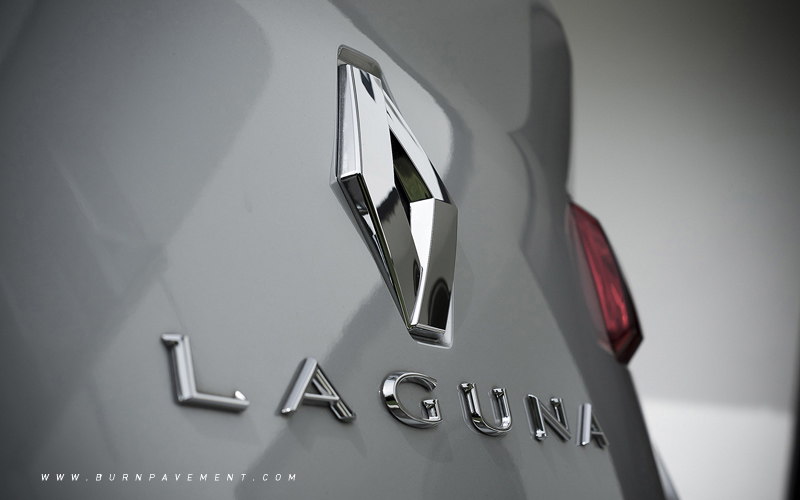 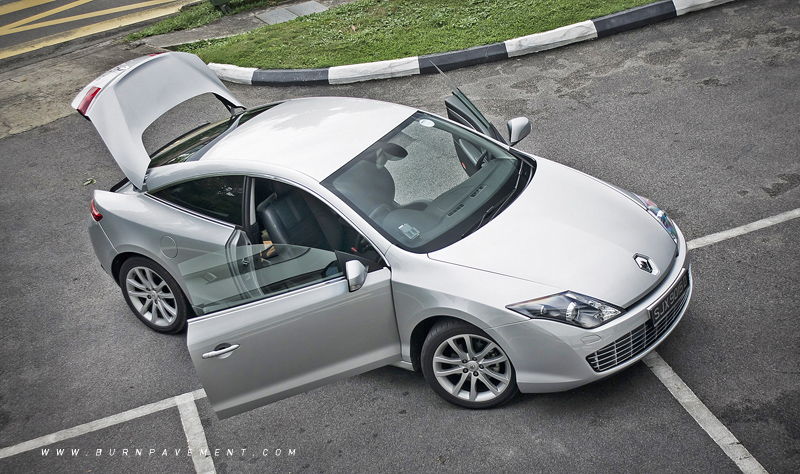