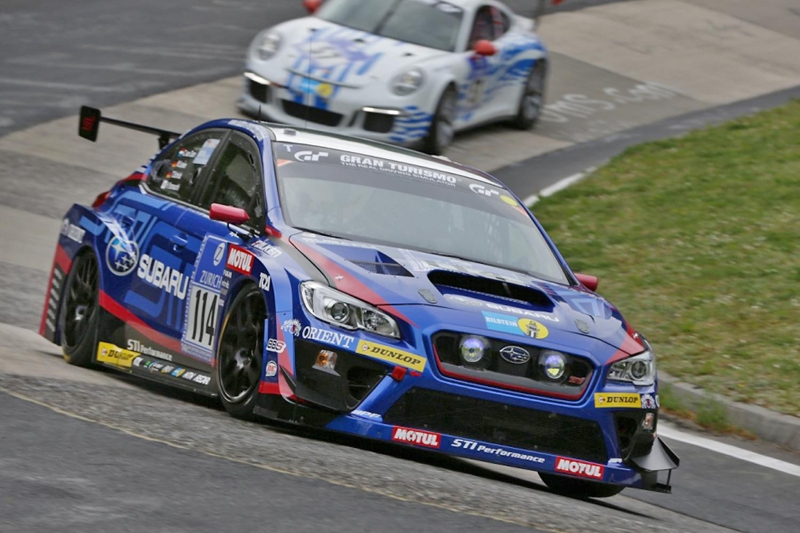 Subaru claimed a class win at the famous Nürburgring 24-Hour race over the weekend, setting a blistering pace during one of the world’s toughest motor races. This is the third time that Subaru has claimed a class win at the Nürburgring 24-Hour race, following its victories in the 2011 and 2012 races. The Subaru WRX STI NBR was driven around the ‘Green Hell’ by Tim Schrick from Germany, Hideki Yamauchi from Japan, Dutchman Carlo van Dam and Germany’s Marcel Lasée.

The WRX STI NBR 24H Challenge car, prepared by Subaru Technica International (STI) specifically for the gruelling endurance race, completed 143 laps (approximately 3,629 km) in 24 hours, 12 laps ahead of the second placed car in its class. The WRX STI NBR was entered once more in the SP3T class, for turbocharged engines up to 2,000cc, and completed the race ahead of key rivals from Audi, Ford and Seat.