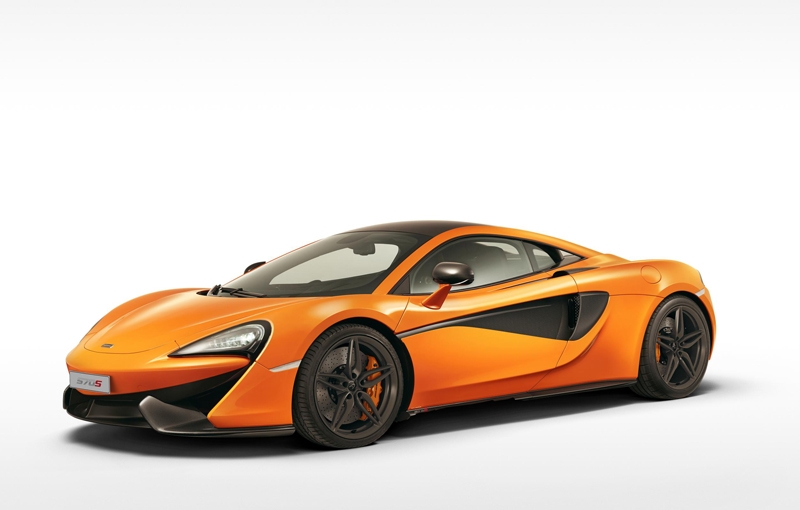 After teasing for months, McLaren reveals its first model in their 'Sports Series', the 570S CoupÃ©

McLaren has completed its three tier model strategy with the global reveal of the first in its Sports Series family: the McLaren 570S Coupé. According to McLaren, this pure sports car shares its DNA with their 'Super Series' and 'Ultimate Series' models that sits above it in the range hierarchy. The Sports Series introduces McLaren race-derived technologies and design values. 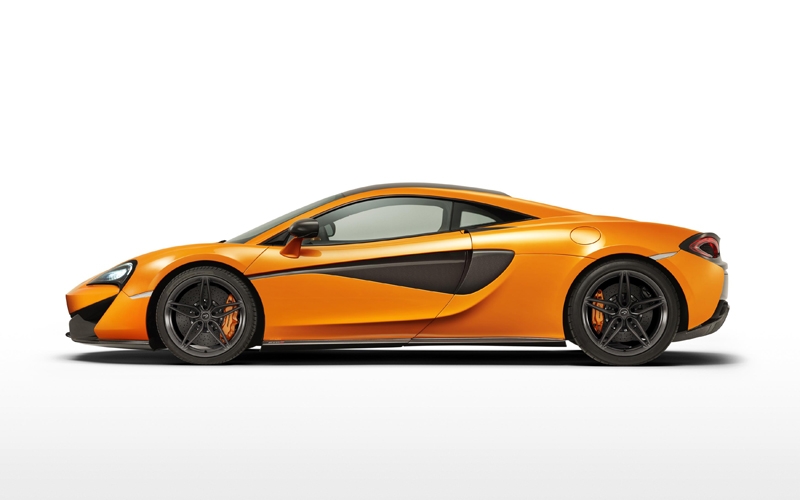 The 570S shows an evolution in the design direction for McLaren, with the McLaren ‘face’ seen on models in the Super Series and Ultimate Series sharpened further. Large ultra bright LED headlamps, fitted as standard to all Sports Series models, flank a sculpted bonnet which channels airflow over the front wheelarches. 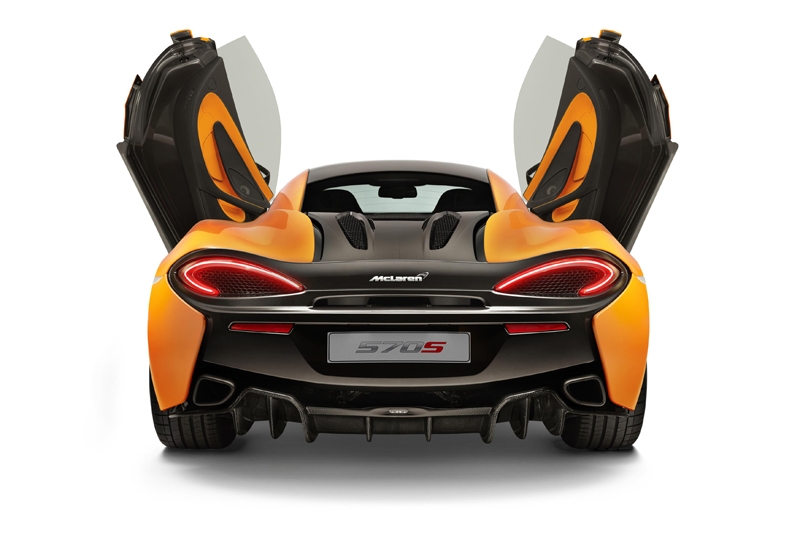 The intricately designed dihedral doors, a McLaren design signature since the iconic F1, possess a three dimensional form including a ‘floating’ door tendon which houses a discreet door button. This unique feature divides the airflow, channelling it into the side intakes and underneath the flying buttresses. This architectural structure ensures drag is minimised along the profile of the 570S, while also optimising levels of cooling and downforce. 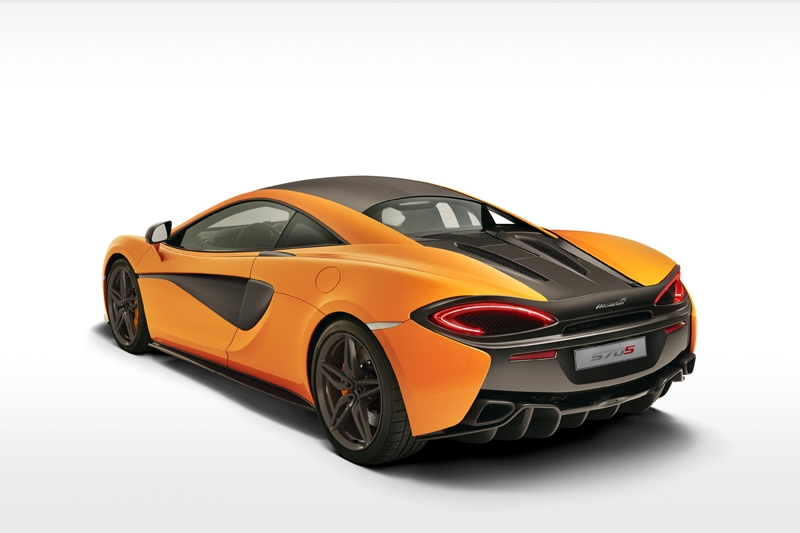 Flying 'buttresses' at the rear of the teardrop-shaped glasshouse form part of the aero package, directing air over the shoulder line of the 570S and across the rear deck aiding heat evacuation from the exposed engine bay and increasing downforce. Super-formed aluminium rear fenders ensure clean air is delivered to the fixed rear spoiler, again maximising downforce. The rear of the car is clean and uncluttered, with LED light blade rear lamps which follow the form of the sculpted panels. The rear of the vehicle features an aluminium mesh allowing effective heat evacuation as well as a view into the engine bay. This sits below a concave rear window, another signature Sports Series CoupÃ© design cue. The twin exhausts exit below the rear bumper, either side of a newly designed and highly intricate rear diffuser. 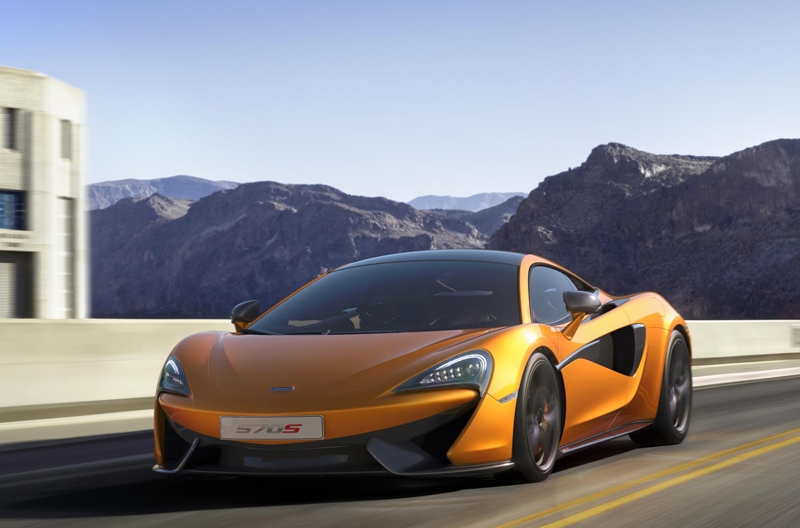 The Sports Series has its own newly-developed suspension system ensuring enhanced levels of driver engagement and refinement on both road and track. It uses independent adaptive dampers with front and rear anti-rollbars — distinct from the Super Series — Â and dual wishbones, with the set up controlled by the familiar ‘Normal’, ‘Sport’ and ‘Track’ handling settings. In ‘Normal’ mode, the system provides a refined ride, while the ‘Sport’ and ‘Track’ settings allow the 570S to become more track-focused as and when required. 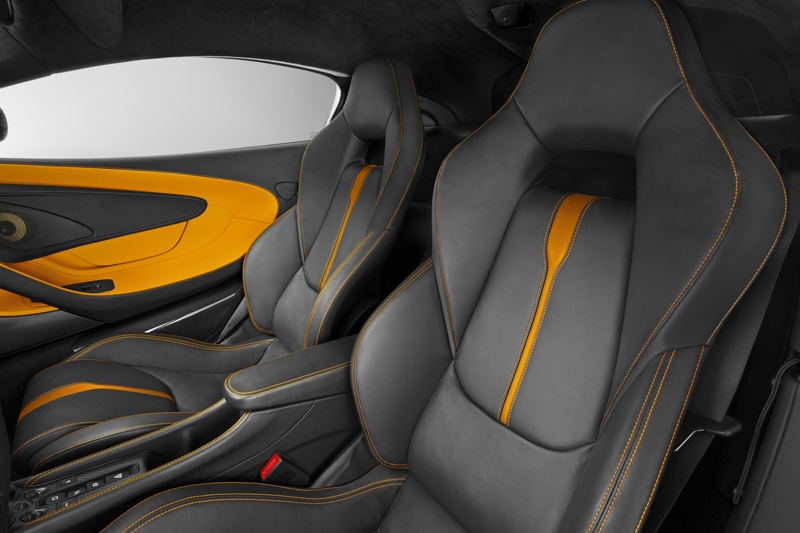 As standard, the sports seats are leather upholstered — racing seats are optional — offering a high level of long distance comfort and support.Â  The dashboard and steering wheel are also all leather trimmed. Intelligent and ergonomic design within the cabin provides extended stowage space, with the most usable space of any McLaren model to date. This adds to the 150-litres of storage in the front luggage bay. 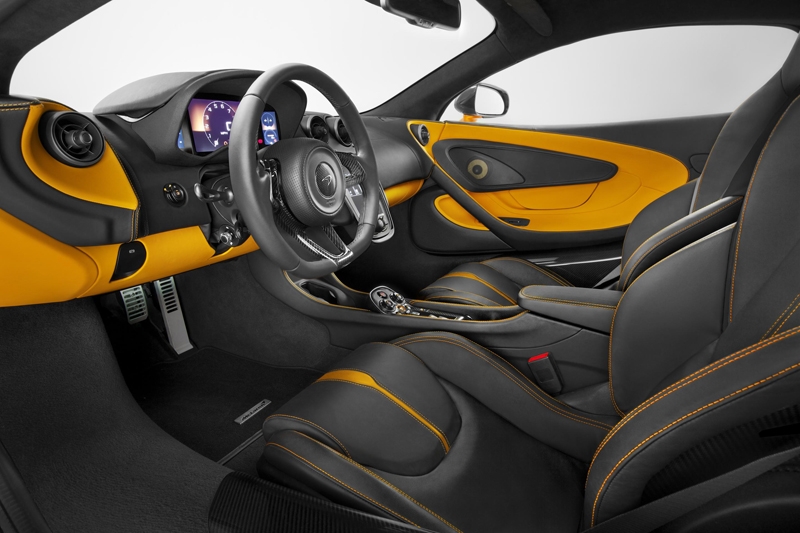 The 570S is comprehensively equipped with a full infotainment system including an all new TFT digital instrument cluster that changes configuration according to driving mode, a seven-inch IRIS touchscreen (now with integrated climate control functionality), Bluetooth connectivity and DAB digital / SIRIUS satellite radio (depending on market), mounted on a ‘floating’ centre console. Despite the extensive specification list, weight-saving is still a key focus on the interior and the McLaren Audio four-speaker system ensures the optimal sound quality at the lowest possible weight. 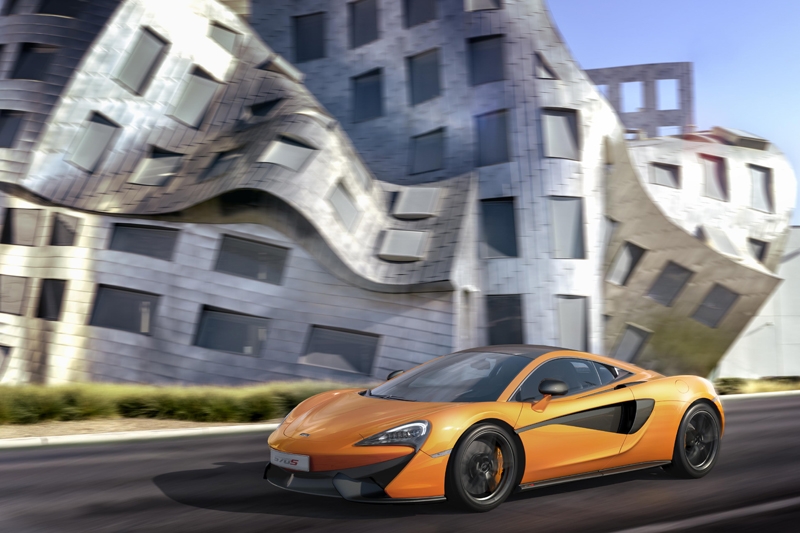 Further details of the McLaren 570S will be confirmed following the global reveal, which will take place on Wednesday 1 April, 2015 at the New York International Auto Show. 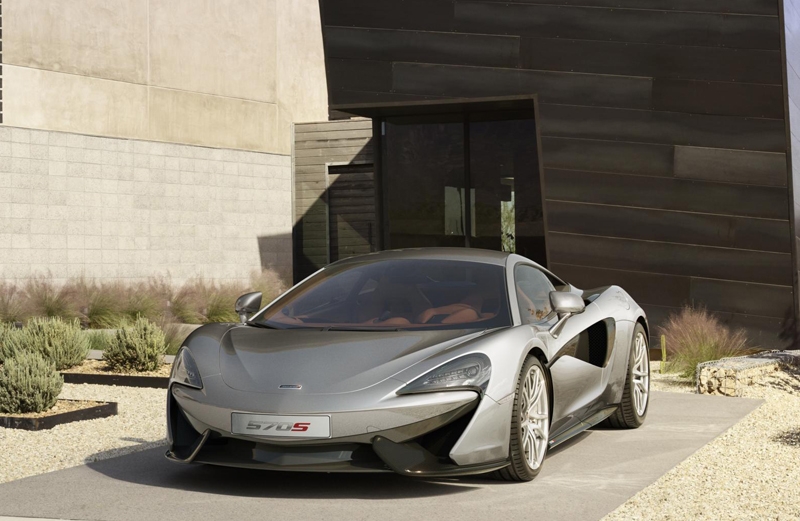