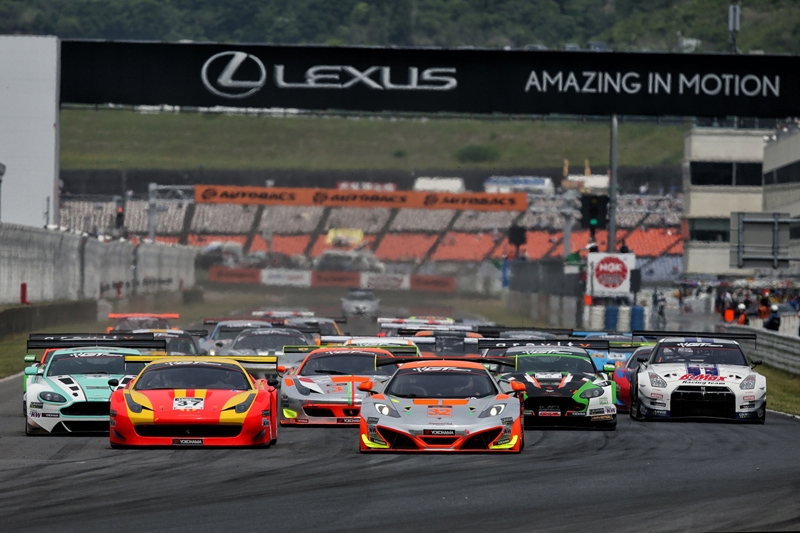 The GT Asia Series announces that Michelin will be the official and exclusive tyre supplier for the Asian Region’s leading GT category from 2015. The full 11-race program will begin in South Korea on May 15.

David Sonenscher, Joint Series Director of the GT Asia Series, thanked Yokohama for their involvement with the series over the last three seasons, whilst welcoming the return of Michelin as the official tyre supplier. “I’m happy to be able to announce that we will be in partnership with Michelin in 2015, re-establishing a link that Motorsport Asia Limited have had with the French manufacturer that first began back in 1996,” David SonenscherÂ said.
He continued, “Since that time we have worked directly with Michelin up until 2011 and since then, indirectly though the Porsche Carrera Cup Asia Series, so we have had an unbroken link spanning 19 years. We’re looking forward to a strong program in 2015, with some outstanding events, including our first three-hour race at Sepang, following on from what was a big season in 2014."
Patrick Dias, Michelin Motorsport Asia Pacific Director said, “Michelin is proud to be selected as the exclusive tyre supplier and service provider to the GT Asia Series. The importance of the series in Asia and the quality of the organisation pushed us hard to apply to be a partner of the championship. Michelin has been a strong actor of the major Asian motorsport disciplines for decades, and the GT Asia Series has always been at the heart of our growing strategy in the area since its foundation.
The GT Asia Series is sanctioned by the FIA as an International Series and is clearly recognised as the Region’s leading GT Championship. It is jointly managed and promoted by Motorsport Asia Ltd and the Supercar Club Hong Kong.