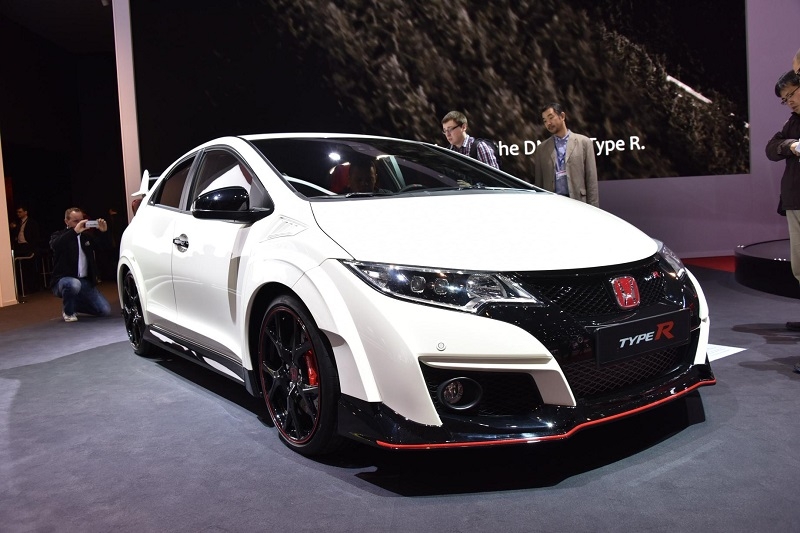 Well, it's that time of the year again when major car companies pull out all the stops and bring their A-game to Switzerland for the Geneva Motor Show. This is our two-part special

Held in March every year, the Geneva show is seen as one of the most important international motorshows, where the most jaw-dropping concepts, advanced tech, slinky supercars, and otherwise all-important global models take the limelight. But what exactly is it that gives the Salon International de l'Auto its allure? Much of it can be traced back to Switzerland's foreign policy. For much of its modern history, even during wartime, Switzerland has adopted a strict position of neutrality. This, coupled with the fact that it doesn't have its own car industry, means Switzerland is the perfect level playing ground for car manufacturers worldwide, their new products presented without national bias or favour. If you want to know what exciting forms the automotive landscape will take in the near future, the Geneva show is the clearest crystal ball to gaze at.

Anyway, enough with the history, and on to the stars of the Geneva Motor Show 2015:

We start off with one of the cars most eagerly anticipated by the average enthusiast, something that mere mortals can actually afford - the new Honda Civic Type R. When the previous-generation FD and FN Civic Type Rs ended production in 2011 due to tightening emissions regulations, we weren't sure if we'd see another zingy, righ-revving Honda Type R again. Sadly, we won't. But luckily, instead of throwing in the towel, Honda has adapted with the times, and decided to turbocharge the Civic Type R, making it cleaner and meaner in the process. How much meaner exactly? Well, how does outputs of 306 bhp and 400 Nm @ 2500 rpm, a top speed of 270 km/h, 0-100 km/h in 5.7s and Nurburgring FWD record time of 7m 50.6s sound to you? Certainly puts the 'hot' in hot hatch for us! 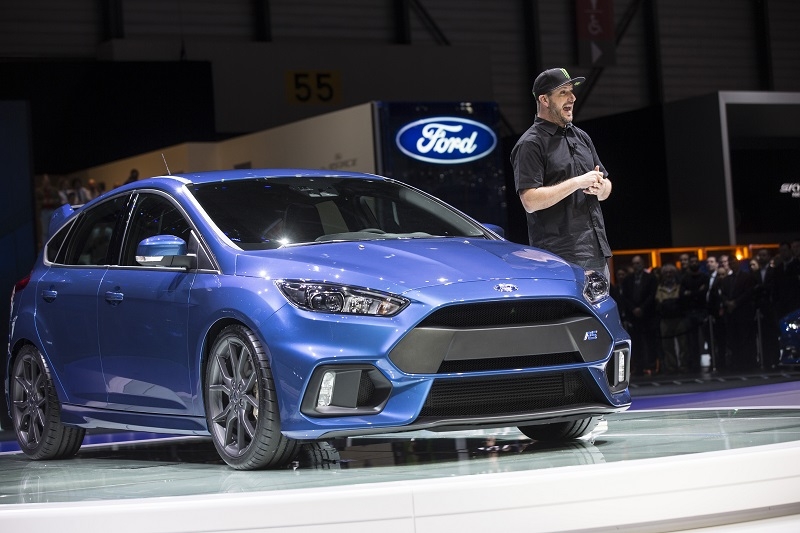 Not content with letting the Civic steal all the glory is the new Ford Focus RS. Unlike all previous fast Focus, the new RS is 4WD, all the better to put down the 316 bhp from its 2.3-litre EcoBoost motor (related to the one in the Mustang EcoBoost). Don't think for a moment though that this makes the RS a strictly no-nonsense grip machine: with none other than tyre-slaying Gymkhana star Ken Block assisting development, the Focus RS comes with a naughty little Drift mode, which loosens the ESP and Torque Vectoring systems and shuffles power to each individual corner, so that even the average Joe can hang its tail out like the best Finnish rally driver. Between this and the Mustang's arrival in Singapore in Q4 2015, it looks like we'll have to be working VERY hard to keep our licences intact... 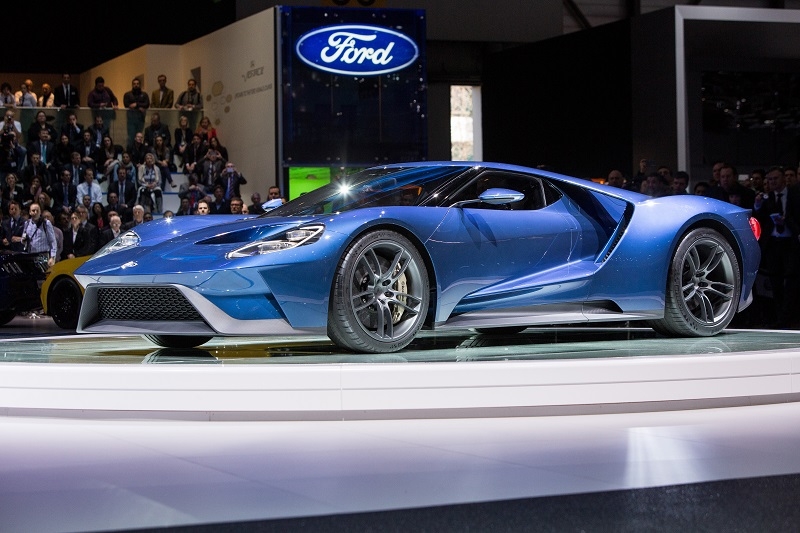 Sticking with the Blue Oval, the Geneva show also saw the European debut of the new Ford GT, the twin-turbo EcoBoost V6 engine'd supercar that took the Detroit Auto Show by storm. Officials have confirmed that the GT won't be cheap, being priced against the Lamborghini Aventador, so a figure around US$400,000 to get one in your driveway (probably not in Singapore though; the last GT was LHD only). Much more interesting though, is that next year marks the 50th anniversary of the original GT40's 1-2-3 Ferrari-bloodying slam dunk at Le Mans. With the Scuderia also contemplating an entry into endurance racing, well, we'd be very surprised if Ford didn't make another attempt at the Circuit de la Sarthe next year. 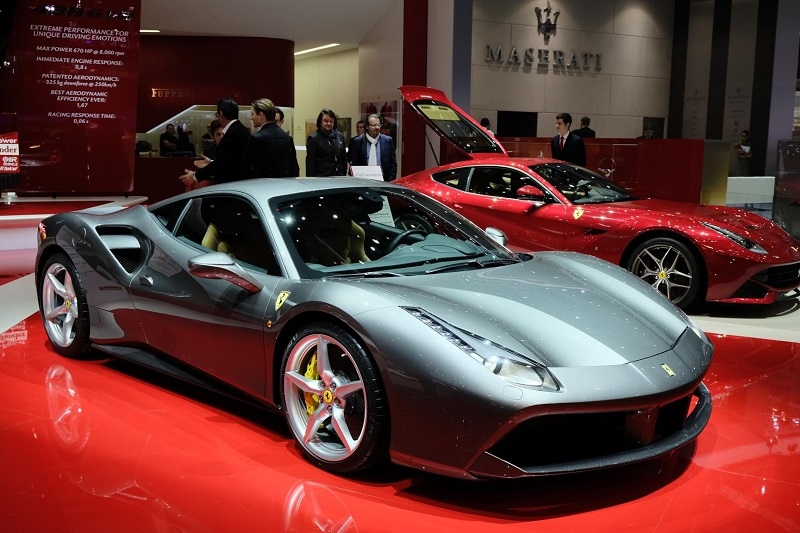 Speaking of Ferrari, their contribution to Geneva wasn't quite as dramatic but probably no less significant. What you're looking at is the 488 GTB in classy Grigio Ferro (English: iron grey), an evolution of the 458 Italia in the same way that the 328, F355 and F430 were to their immediate predecessors. Following the same downsize-and-turbocharge approach that most European manufacturers are adopting, the 488 houses a twin-turbo 3.9-litre V8 that produces a whopping maximum 661 bhp (99 more than the base 458, and 64 more than the track-ready Speciale) and 760 Nm. From standstill, 100 km/h comes up in just 3 seconds; 200 km/h in 8.3 (same as the McLaren 650S). In addition to the aerodynamic and styling tweaks (check out the new side intakes and LaFerrari-esque nose), the 488 also features something called Variable Torque Management, which lets torque build up gradually through the gears, hopefully maintaining that linear powerband that Ferrari's naturally aspirated engines have long possessed. 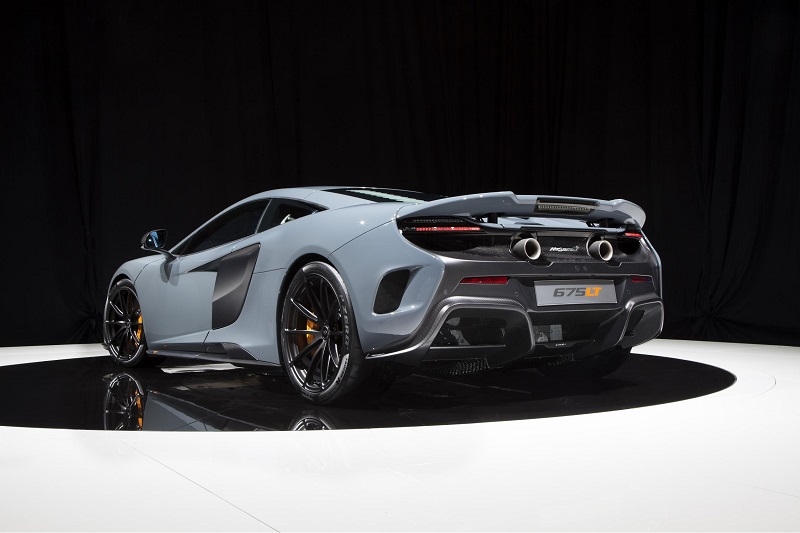 In contrast to their rivals from Maranello, McLaren's modern cars have been turbocharged from the get go, first with the MP4-12C, then the 650S, and now this, the 675LT. As its name suggests, its 3.8-litre engine now packs a 675 PS punch (or a rather devilish 666 bhp), thanks to a raft of internal changes and a new titanium exhaust system. It'll provide a more focused drive too, thanks to a 100 kg weight saving over the 650S, as well as an extra 40% of downforce. And the 'LT' in its name? That stands for Long Tail, a moniker that harks back to the legendary McLaren F1 GT "Longtail" homologation specials, re-appropriated in 2015 for an active airbrake that's 50% larger than before. Hardly worthy of the name, we feel; THIS is what a Long Tail should look like: 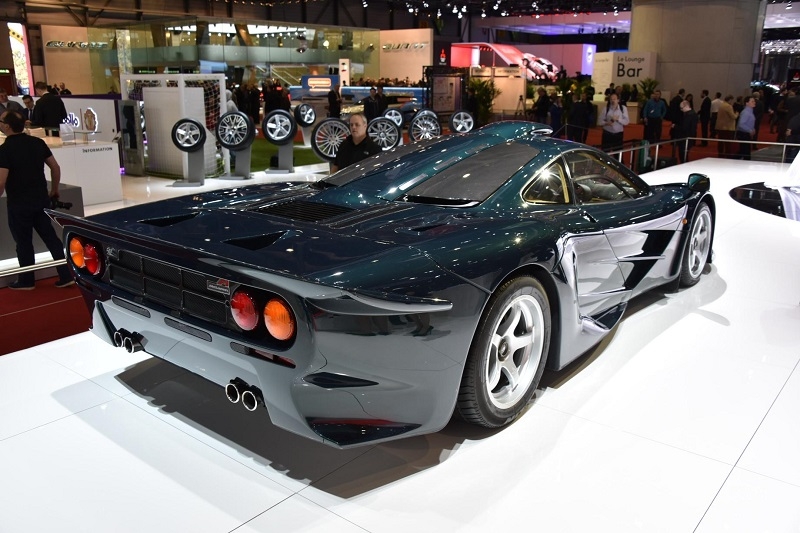 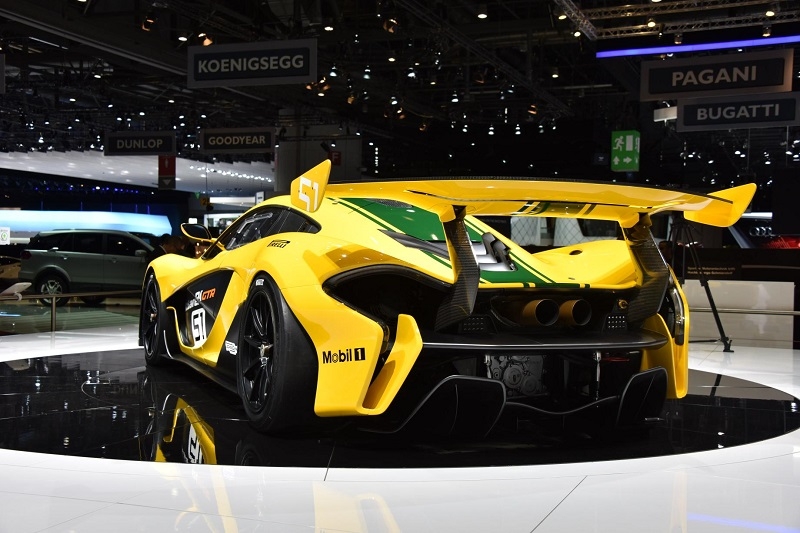 Continuing the theme of impressive booty, McLaren also launched the P1 GTR and its massive fixed rear wing. As if the 'regular' P1 needed more power and speed, right? There's method to this madness though: the P1 GTR is McLaren's riposte to Ferrari's XX programme, the ultimate plaything for trackday enthusiasts. In addition to having a spare Â£2 million lying around under the sofas, prospective buyers are also required to own a road-going P1. In exchange, you get induction into McLaren's Driver Training Programme, which includes fitness tests, custom race seat fitting, one-on-one discussions with design director Frank Stephenson on your car's final spec, and access to the company's Formula One racing simulators. All of which will certainly be needed for owners to tame the 987 bhp beast as it pulls in excess of 2G through the corners. 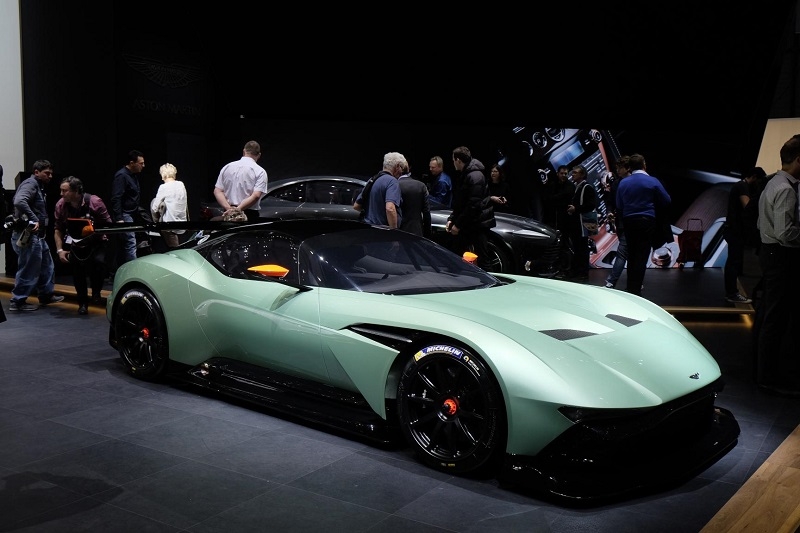 McLaren wasn't the only company to bring a track-only special to Geneva though. Aston Martin pulled off quite the surprise when it unveiled its 800 bhp Vulcan. Like the P1 GTR, buyers of the Vulcan will also go through a comprehensive driver training programme - both on Aston Martin Racing's simulators, as well as in real life, with the likes of Le Mans winner Darren Turner offering track tuition in cars like the One-77 and Vantage GT4. Unlike the P1 though, the Vulcan is resolutely old-school in its drivetrain. No forced induction or electric hybrid gubbins here; just a good old 7.0-litre V12 and simple rear wheel drive. The Vulcan also appears unrelated to Aston's other production offerings, so its designers have had more free reign in crafting the way it looks. So where the road cars have been impossibly slinky and sexy, the Vulcan is brutally aggressive, full of sharp creases and angles and that fantastically low, slim nose. It may be a very limited edition model (only 24 will be sold), but we can't help but wonder: does the Vulcan signal a new future design direction at Aston Martin? Only time will tell. 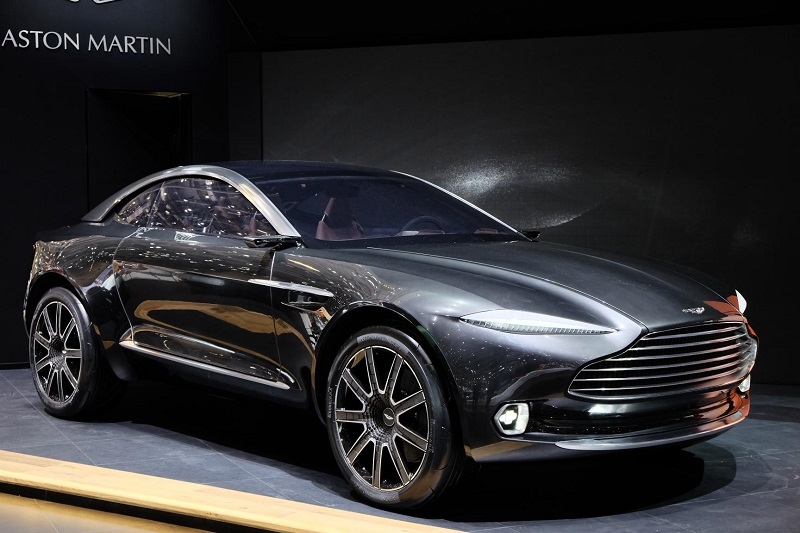 But while the Vulcan came somewhat out of left-field, its arrival paled in comparison to the shock that was the Aston Martin DBX crossover. The rise of the SUV seems truly unstoppable, and now even Aston Martin, purveyor of sports cars and GTs for over a century, is following in the footsteps of Rolls-Royce, Jaguar and Bentley in the use of lofty ride heights as a means of achieving lofty sales figures. The DBX is a first for Aston in several ways: first crossover, first 4WD Aston and first Aston with electric power. Yup, that's right, a tree-hugging Aston Martin that, according to CEO David Palmer, "envisages a world where Luxury GT travel is not only stylish and luxurious but also more practical, more family-friendly and more environmentally responsible." At least it still keeps one traditional Aston trait: it looks good. But while the DBX proves that a combination of GT coupe and SUV can be pulled off tastefully (*cough*… BMW X6… *cough*), convincing petrolheads that there is a place in the world for a high-riding Aston is going to be much harder to achieve. 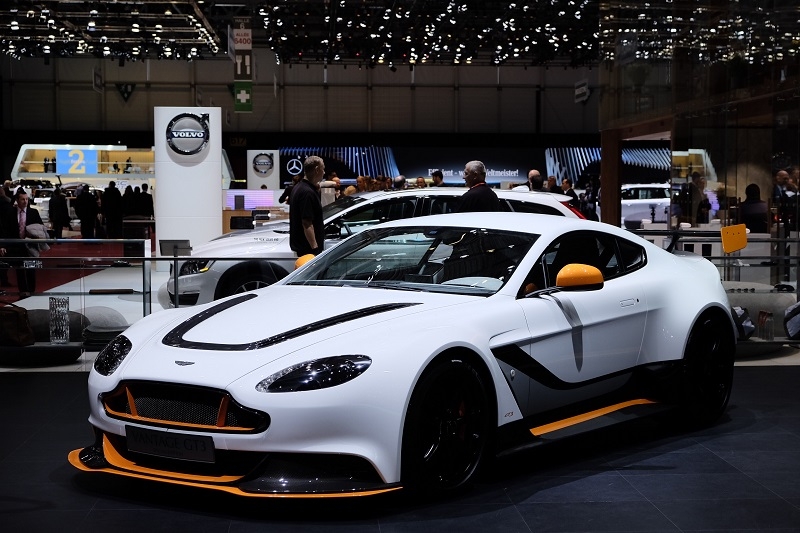 For now though, development still continues on its current offerings, with yet another evolution of the venerable Vantage sports car. Taking inspiration from its many racing activities, and with input from the race team, the Vantage GT3 is an even more hardcore version of the already quite pointy V12 Vantage S, and has its namesake from Stuttgart, the Porsche 911 GT3, firmly in its cross hairs. The GT3's recipe is classic track special - power is bumped up to 592 bhp, weight is reduced 100 kg to 1,565 kg (thanks carbonfibre!), suspension is upgraded and fettled and aero parts are added. With that ground-scraping splitter and towering rear wing, there's certainly no denying the Vantage GT3's sense of purpose. 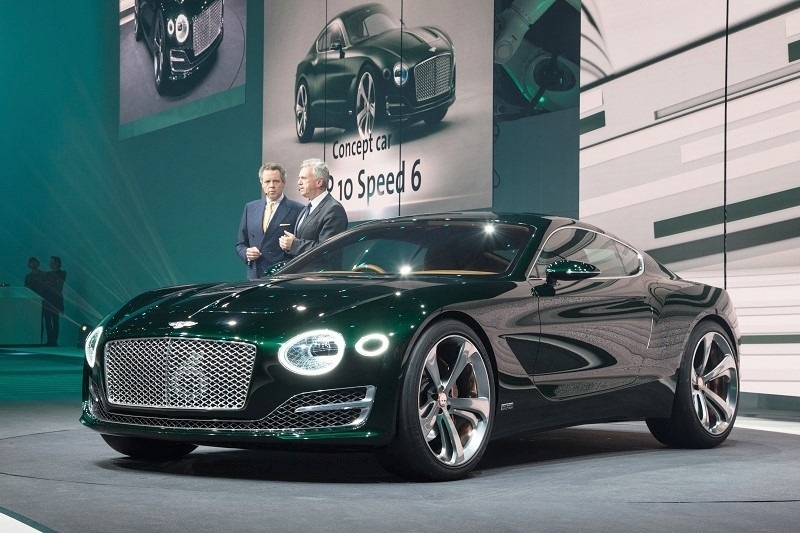 But even as Aston Martin focuses on keeping its German rival humble on track, before long the regular Vantage will have a much more serious rival at hand, and this one strikes a lot closer to home. Currently, Bentley's smallest model is the 2,000+kg Continental GT, so certainly there is space below that for a smaller, sportier model. And this is what such a model could look like, the EXP10 Speed 6. Although it's still a concept, it looks remarkably close to being production-feasible, which means sports car rivals like the Mercedes AMG GT, Porsche 911 and Jaguar F-Type R could have a serious fight on its hands. And please please please Bentley, keep the interior as it is for production: 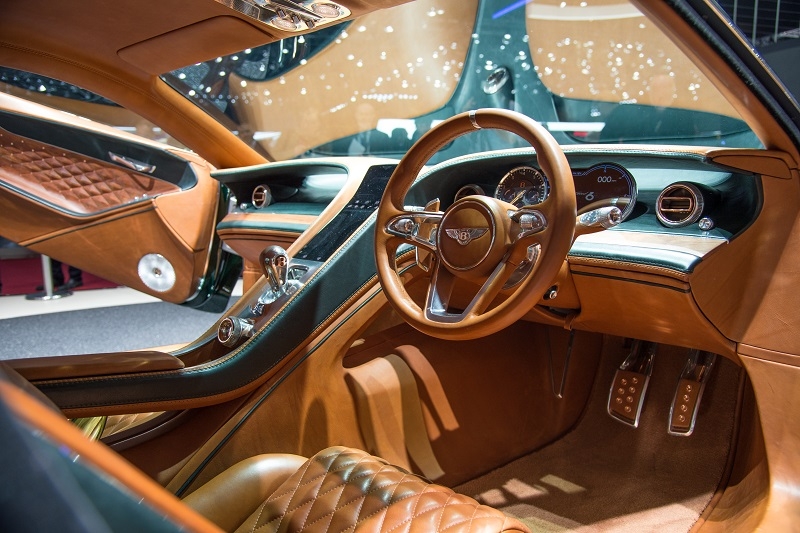 No word on engines yet, but the "Speed 6" part of its name could indicate a six-cylinder configuration. Expect to see a production version of this around 2018. 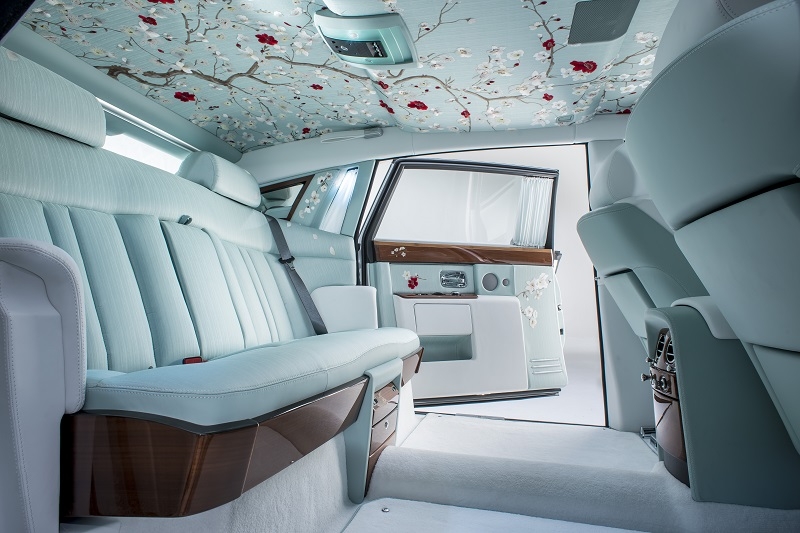 Impressive as the EXP10's interior is though, there's still a massive, albeit different appeal to the craftsmanship displayed by its arch rival Rolls-Royce. The Serenity is a one-off Phantom Extended Wheelbase created to showcase just what the craftsmen and designers in Rolls' Bespoke division are capable of. Silk from Suzhou, China was hand-dyed and woven before being installed all over the interior; the flower motifs on the doors and headliner were painstakingly hand-painted, while those embedded in the door panels were laser cut from mother of pearl and hand-applied. Such is the level of detail that has gone into making the interior that some of the panels took up to 600 hours to complete! 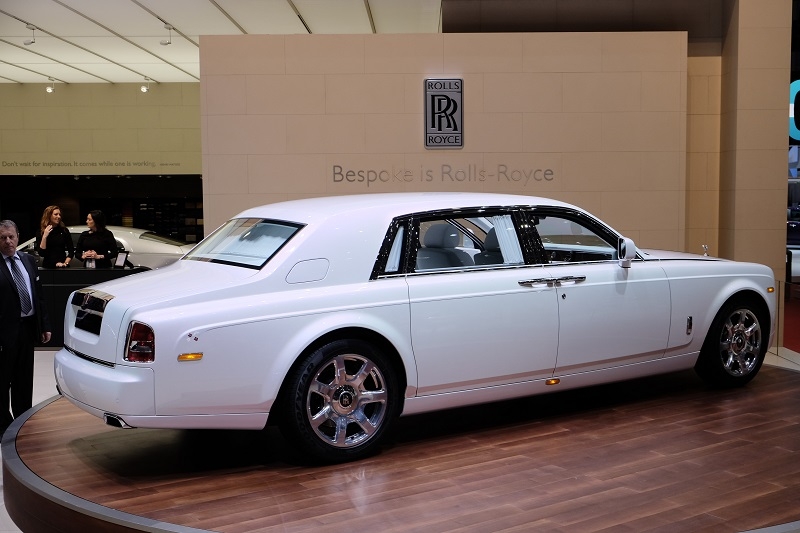 Exterior-wise it's still standard Rolls Phantom, apart from the bespoke mother of pearl paint that's the most expensive paintjob ever created by Rolls-Royce. Layered in three-stage pearl effect, it then underwent 12 hours of polishing to result in the shimmering finish you see here.
Well, that's it for part one of our Geneva highlights special. Keep an eye out for part two, wchich features, amongst others, two hardcore Porsche models, a bonkers Mercedes 4x4, and a fascinating 1,500 bhp re-invention of the hyper car!