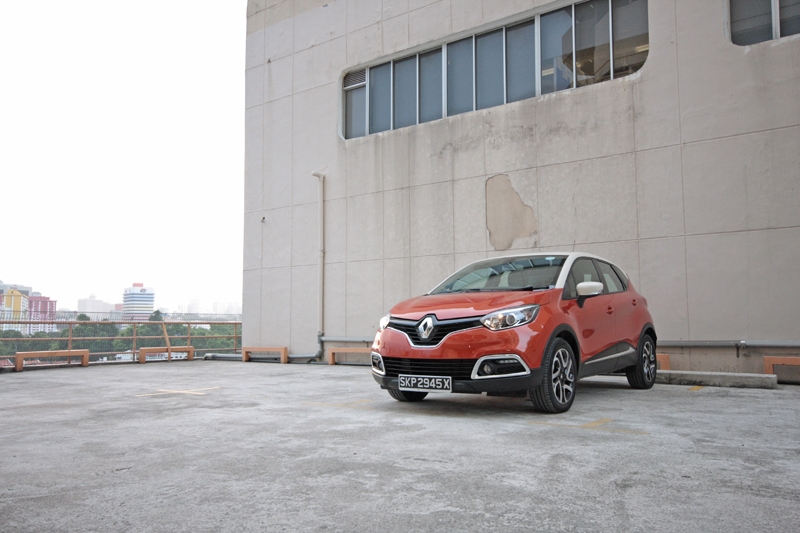 If you want something small and unique for the daily grind, Renault has something for you

The list of compact cars available in the local market right now tallies up to 92,531 different models. You have a rather broad mix, from a Perodua and Chevrolet right up to BMW and Mercedes-Benz; which is appropriate as this is Singapore, a thriving urban jungle with rather limited road network and a drive from one end of the island to the other can be done in less than an hour, if traffic is kind, even in a humble little Kelisa (tried and tested). Which is why at times, I do question why the hell on earth do you need such big cars that take so much space and, also, why do you need a fast car when the only race you can put yourself through is from one traffic light to the other which is spaced only about, according to my leftist engineering knowledge, 55 cm apart.

In fact I think only compact cars should be allowed for sale in this country; the government controls the list of cars they want you to have. The purchase process begins with a 500-word essay to the government, justifying why you need one. Reasons like “I need my personal space” and also “Because my girlfriend wants me to” are considered irrelevant and not good enough to be given the opportunity to buy a car. Even reasons like “I’m a corporate executive and I have a status to maintain” or “Public transportation is a chore” won’t cut it. Think about it - our public transportation is the best in the world. We have turbodiesel taxis driven by highly qualified and properly trained drivers, buses with ex race drivers behind the wheel and even a train network that (a) doesn’t break down, (b) always on time and (c) is the most efficient throughout the whole of mankind. 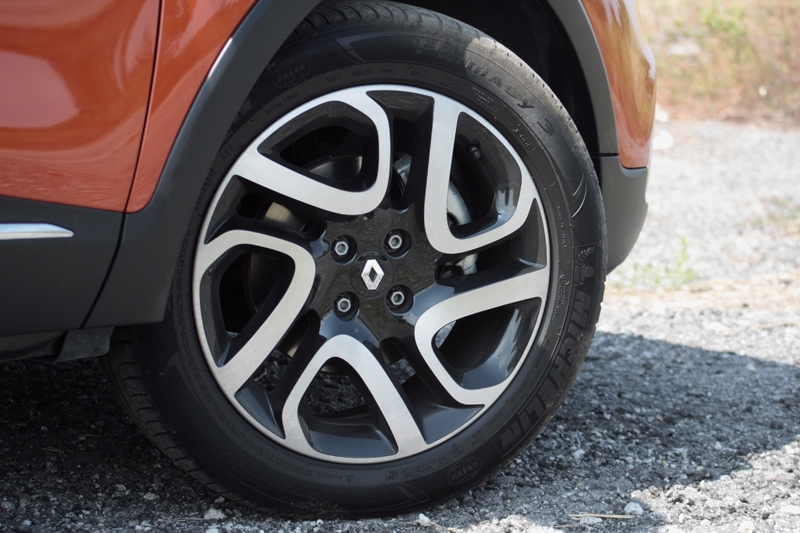 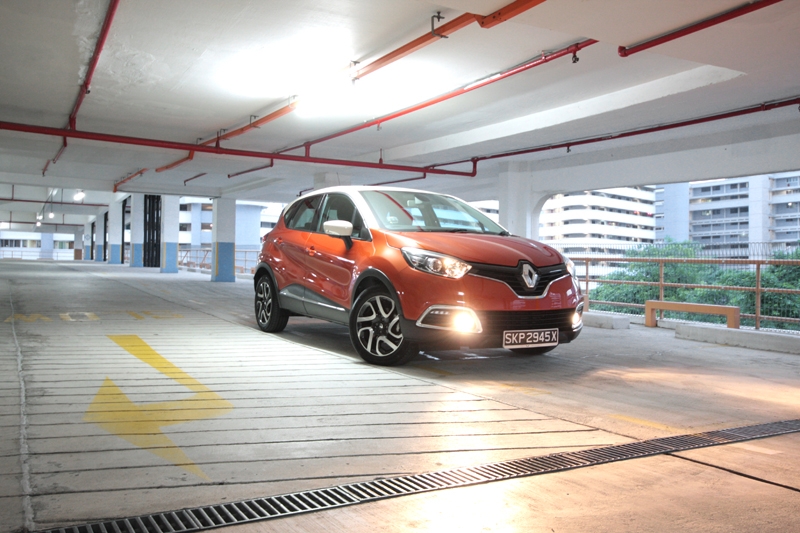 For you corporate executives that are already high up there on top of the ladder, I would highly suggest getting helicopters instead. If you refuse to and can come up with a rather satisfying essay, the government will relegate you only to a BMW 520i or Mercedes-Benz E200; the biggest car the government will sell you would be the Jaguar XJ 2.0-litre, which also happens to be my favourite barge; no cars above 2.0-litre will ever be sold. Sorry, no Toyota Camry or Volvo S80 either as those two are reserved only for civil servants. 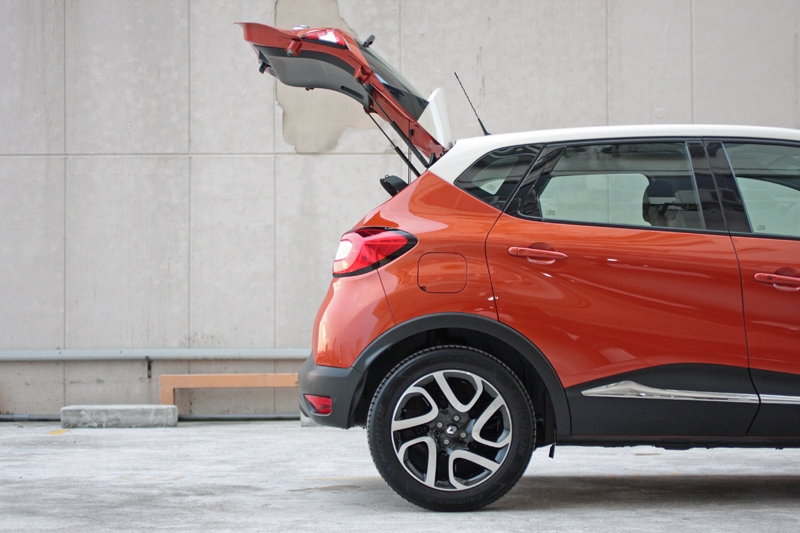 There, in four paragraphs I have already resolved all transportation woes and diverted your attention away from the thought of buying a car, and came up with a brilliant solution to better manage the number of cars on the road — exactly what the government have been wanting. For this, I deserve a public service medal along with a free COE, specifically Category A, from the government. At least. 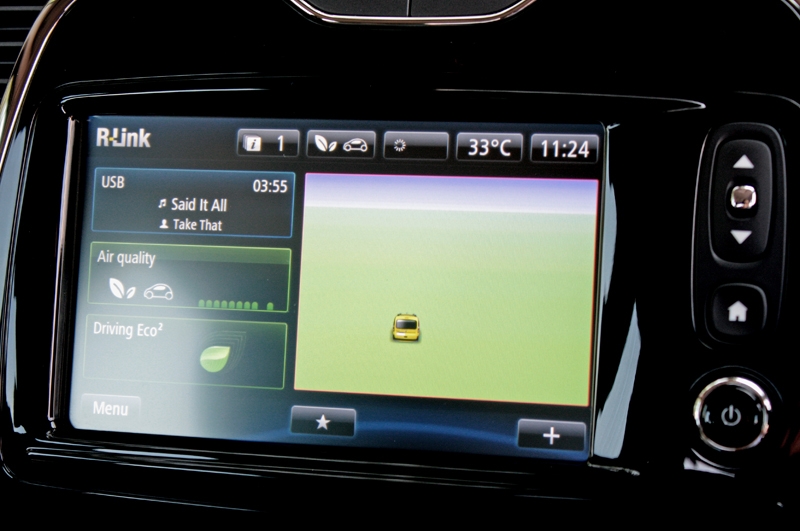 Then again, all these reasons above also explains why I will never be allowed into parliament or even get one foot into working for the Land Transport Authority… 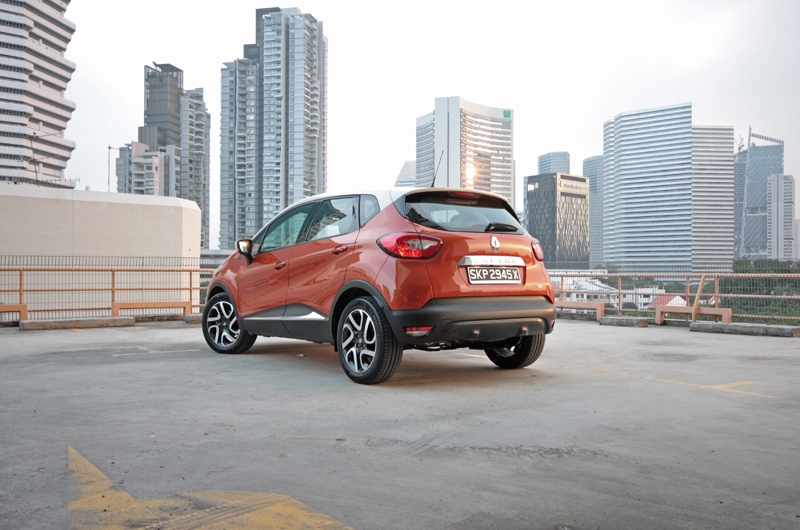 But, if for some twisted reason policy makers decided to adopt my solution, we have Renault’s Captur as one candidate that, in my opinion, is an excellent car for Singapore. Firstly, it has that rather stylish exterior that really stands out from the rest of the crowd without having to try too bloody hard. You see, this is why I love the French — they can come up with lovely looking cars, even if it’s just a simple entry-level. Secondly, measuring in at no bigger than a Fullerton Hotel bathtub, this car is easy to drive anywhere and you can even squeeze in between the tightest spaces you could think of. Thirdly, the ride height that gives you a very good view of what lies ahead, next to and behind you. 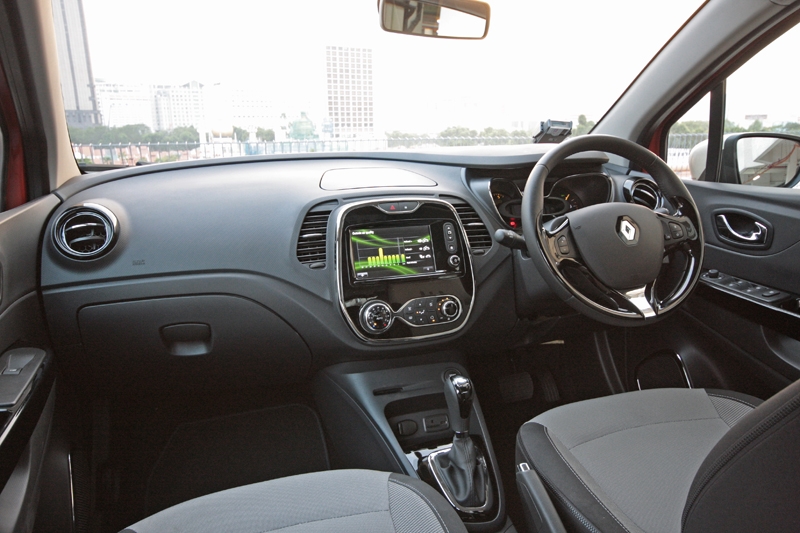 ‘Minimalist’ is the best word to describe the cabin, and that’s not a bad thing. Like the Peugeot 308 reviewed before, the Captur gets a central screen that features controls for the radio, multimedia, GPS and even real time info (e.g fuel consumption and how ‘greenly’ you are driving). The driving position is spot on with the driver’s seat and steering wheel that easily adjusts to your optimum driving position without the need for much hustling; speaking of which, the steering wheel is perfectly sized and just oh-so-nice to the touch. 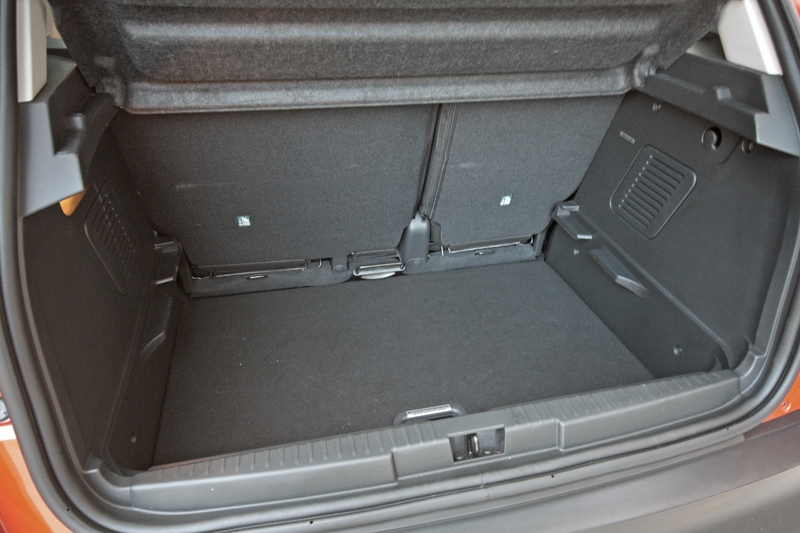 Utilitarian is obviously the main aim so it’s no surprise to see the car surrounded by hard plastic together with seats that are all not covered in leather. But on the upside, all of them are double-layered so in case you spilled coffee, simply unzip the fabric, put it into the washing machine and just drive with the inner layer temporarily - very smart, really. Equally smart is the abundance of storage spaces, and with an adjustable rear seat, boot space is between 377 to 455 litres. Bring it down and you instantly have 1,235 litres. 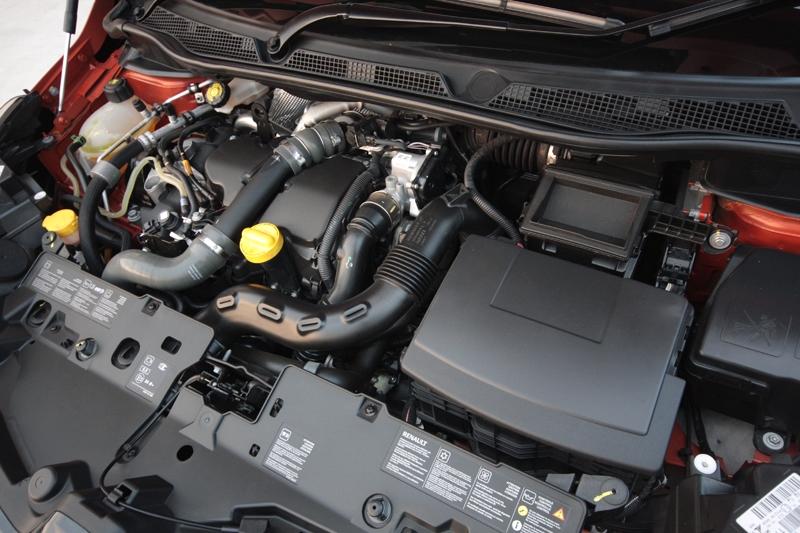 Pop open the bonnet and… tadaa… you come face to face with a turbodiesel 1.5-liter engine mated to a 6-speed dual-clutch auto transmission; for the curious, this is the same engine that has seen service in some Nissan models as well. Maximum power is rated at 89 bhp, with 220 Nm maximum torque available from as low as 1,750 rpm. 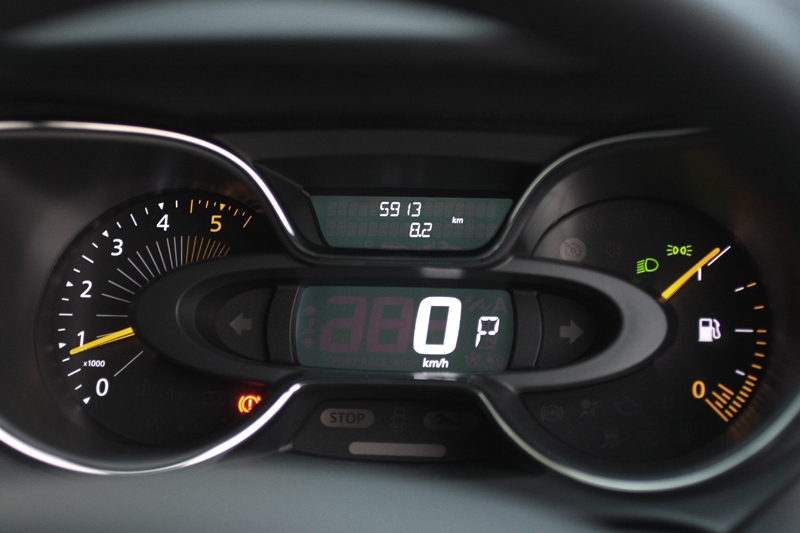 Off the mark, the Captur feels brisk sprinting to the next traffic light. Even in horrendous stop-go peak hour traffic, it moves with gusto covering any gaps; which also minimizes any chance of you being cut by impatient imbeciles. Out on the expressway, the Captur is refined with engine and wind noise kept at bay — that is if you keep things between 80 to 100 km/h. Overtaking is quite a challenge though, no thanks to the fact that it only has up to 5,000 revs. And the closer you get to the limit, the more vocal the engine gets. In other words, it doesn’t encourage you to drive as fast as a bullet… 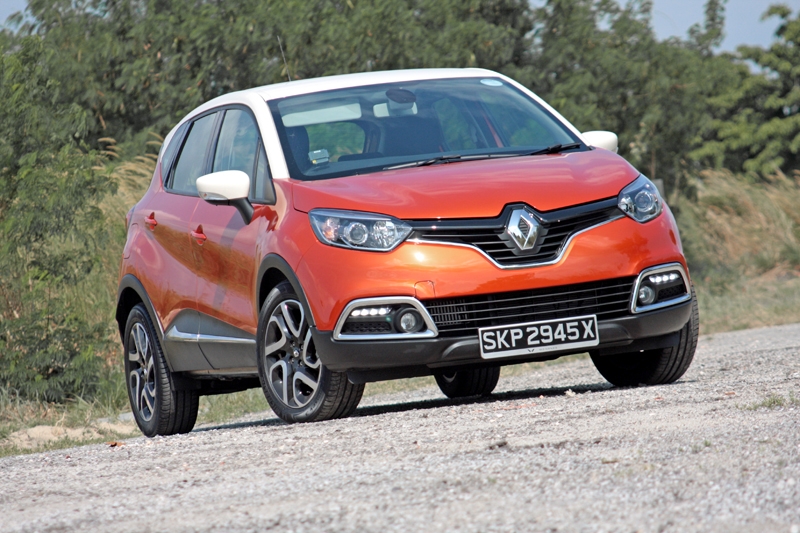 Handling wise, the Captur feels relatively tight and assuring with predictable body movements despite standing 100 mm taller than the Clio. The steering however, could do with slightly more weight and feel; while it’s God sent for driving around town, when you do want to have a little bit more fun, it seems a little inappropriate. 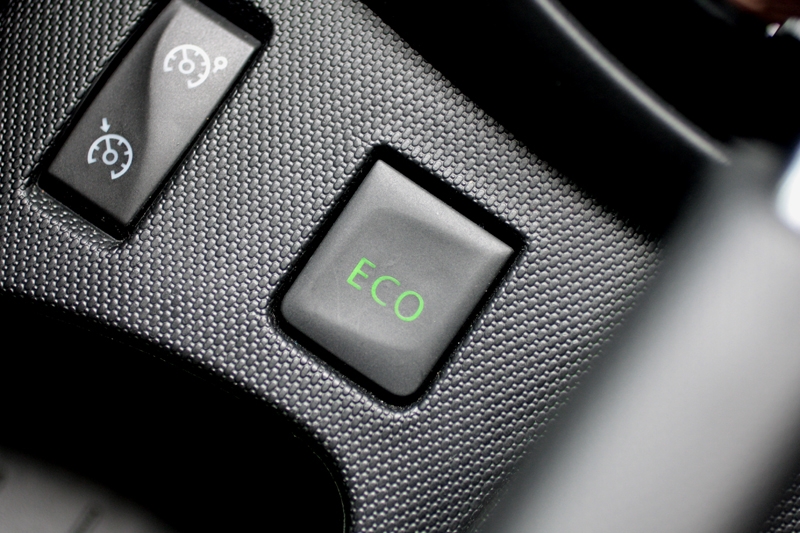 And so the new Captur has little niggles in terms of performance and steering. But let’s be honest here — the average driver doesn’t drive like a maniac, hence for that, this little Renault is more than capable for the daily usage. That’s not all though — the biggest selling point here would be the fuel economy. Although Renault quoted a respectable 25.6 km/L (combined cycle), I averaged around 17 km/L instead which is still substantial. 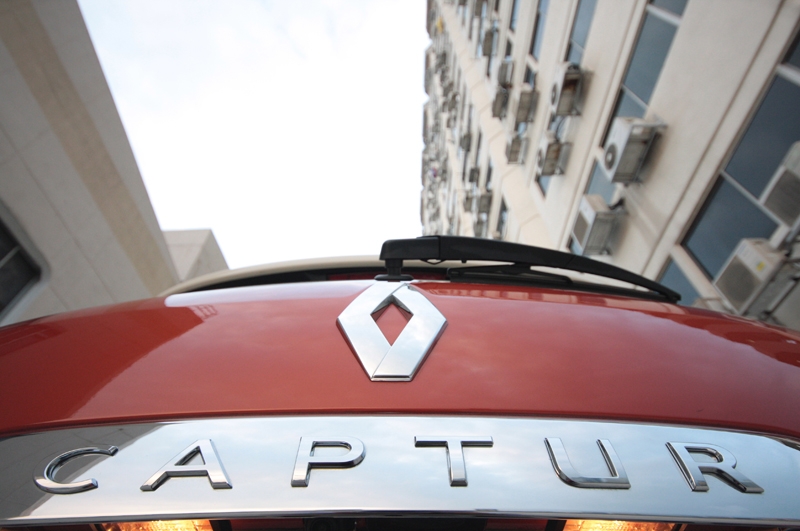 So if you want something small that looks brilliant and with a cabin that’s properly put together, the Captur should be right up your alley. More so when LTA implements my suggested policy… 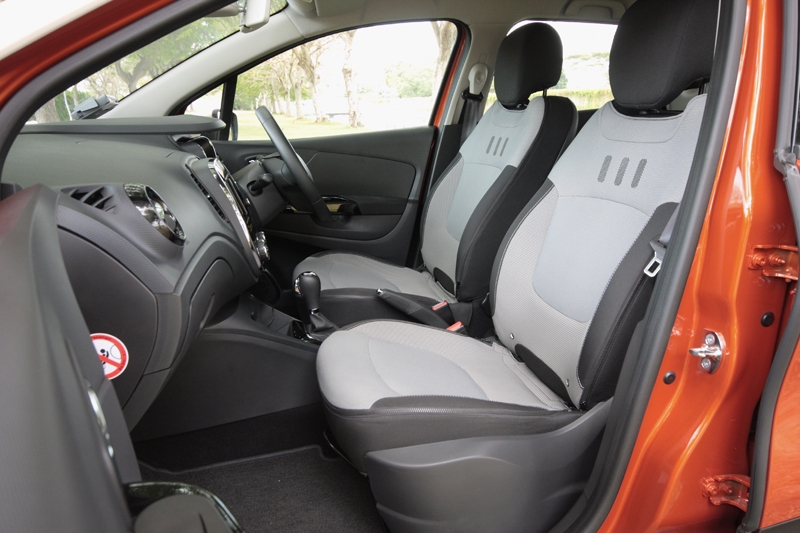 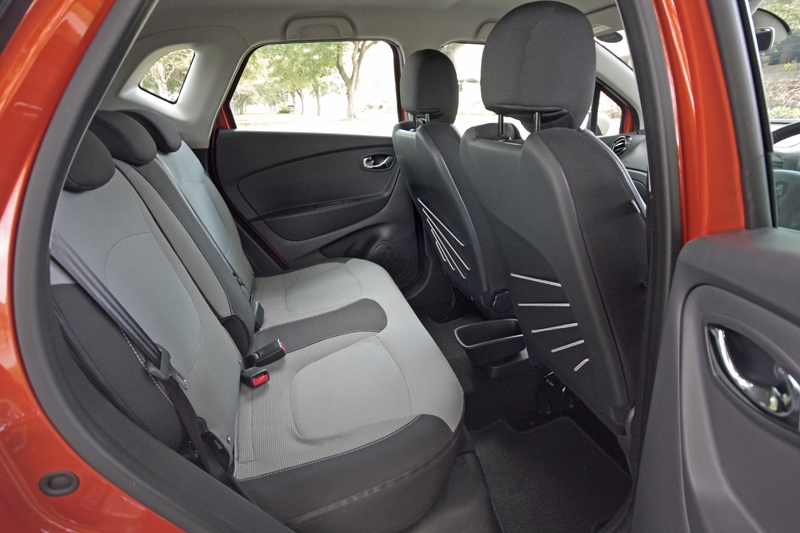