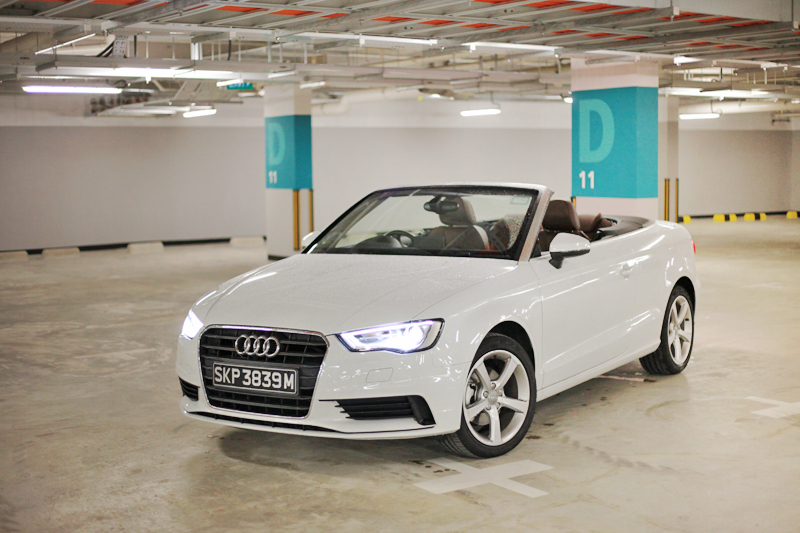 The new Audi A3 Cabriolet has grown and is more ‘BMW 120i Convertible’ than ‘Golf Cabriolet’. But is it good enough to be the king of the compact drop-tops?

Why must it be raining? The day after I pick up the Audi A3 Cabriolet, it’s pouring cats and dogs. It’s a good thing I did some topless driving (the car, not me) on the first day I was handed the keys. But we’ll have to make do with this weather for the photos.

The first thing you’ll notice about the new A3 Cab is that it has grown rather significantly. It almost looks like an A5 now (at least until you park it next to an actual A5 Cabriolet - which I did). Audi says that the new car has been lengthened by 18 cm. That’s quite substantial, and it looks it too.

I must say, the car is rather handsome. Styling is definitely more neutral and less feminine (let’s be real, the old one was for the ladies), so guys can now finally look cool in it. Select a sleek dark colour and spec it with larger wheels and you’re done. The standard 17-inch wheels on our test car were a tad too small for my liking, but they were great for the ride we experienced during our drive. 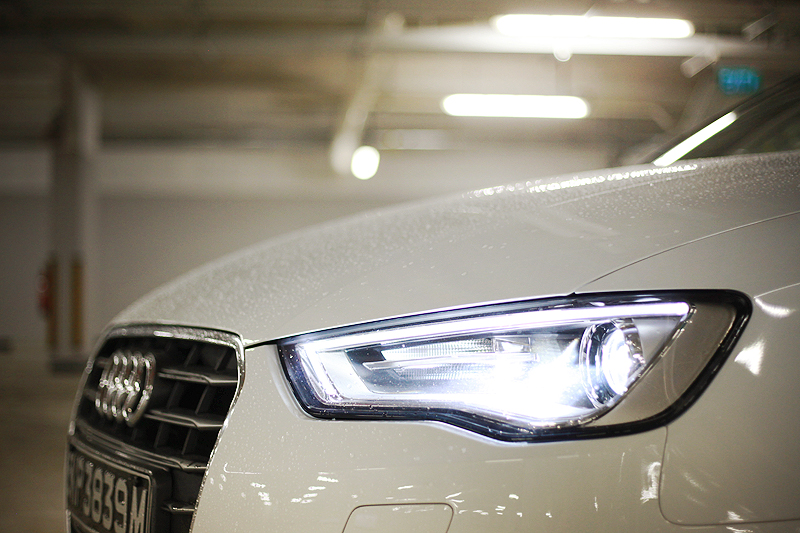 New LEDs and DRLs adorn the face of this new A3 Cab. Audi’s LEDs are the only ones that offer variable headlight leveling control. The LEDs make the car looking modern instantly too, especially with it’s dynamic quadrilateral shaped glow at the rear. 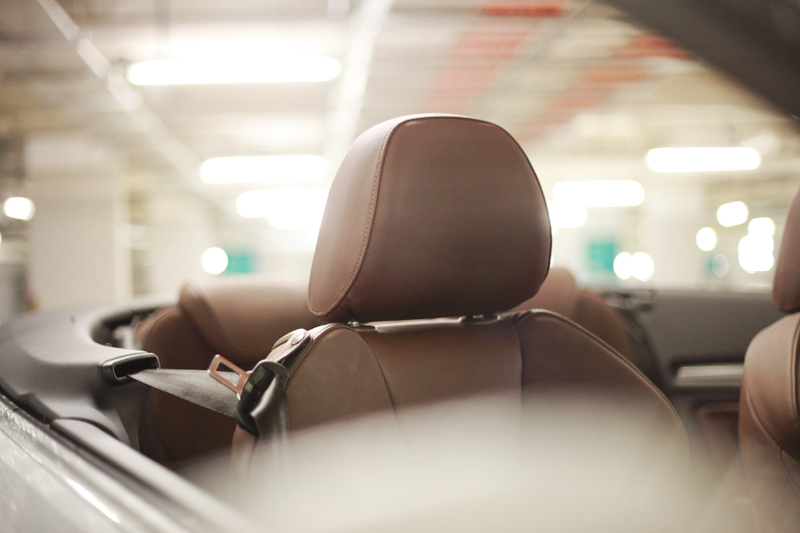 Step inside the A3 Cab, and it’s the usual Audi build quality everyone has grown to admire and love. Nothing is out of place, everything is nice to touch and control - except maybe for Audi’s infotainment system, which has buttons that are not the easiest to operate. The system uses a combination of a toggle wheel, buttons and up-down switches. It always takes me some time to figure out what is what. Everything else though, is great. I did wish for electric seats though. 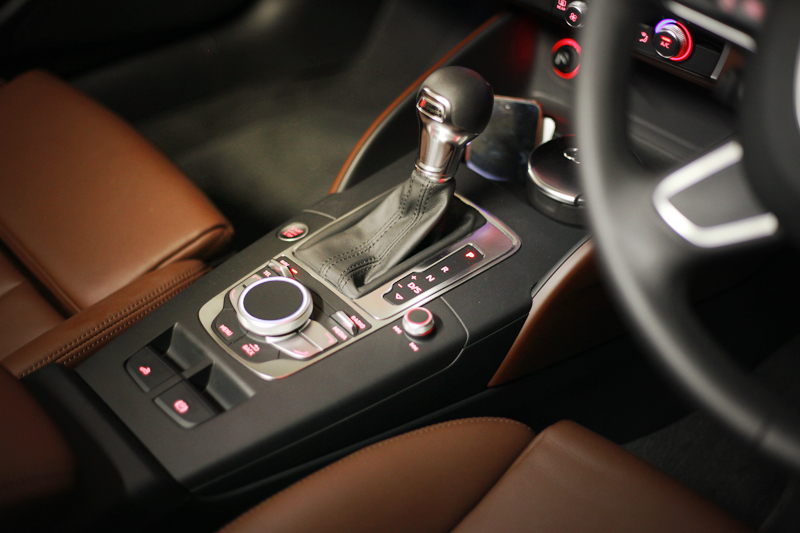 What I really like about the A3 Cabriolet though, is the fact that you can be cruising at 50 km/h and still be able to operate the canvas roof. Stowing it away takes less than 18 seconds, and let’s face it, the transformation process of any convertible is the coolest part, and it’s even better if it can be done while you’re in fairly quick motion. 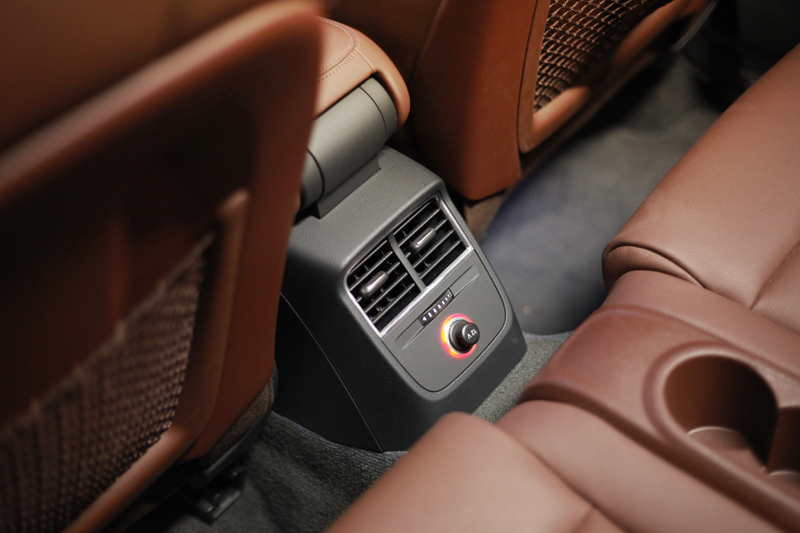 Talking about quick motion, the new A3 Cab is powered by a 1.4-litre turbocharged unit that produces 125 bhp and 200 Nm of torque. Wait, did I just say 125 bhp? It can’t be, because this car it feels like it has 150 bhp, maybe even 160 bhp! It pulls hard from the lower rev range all the way to its 6,000 rpm redline, and while it’s no S3, it definitely feels more potent than 125 bhp. Anyway, you don’t really need a powerful car if you’re in a convertible, but it sure does help to know that the new A3 Cab can really go if it needs to. 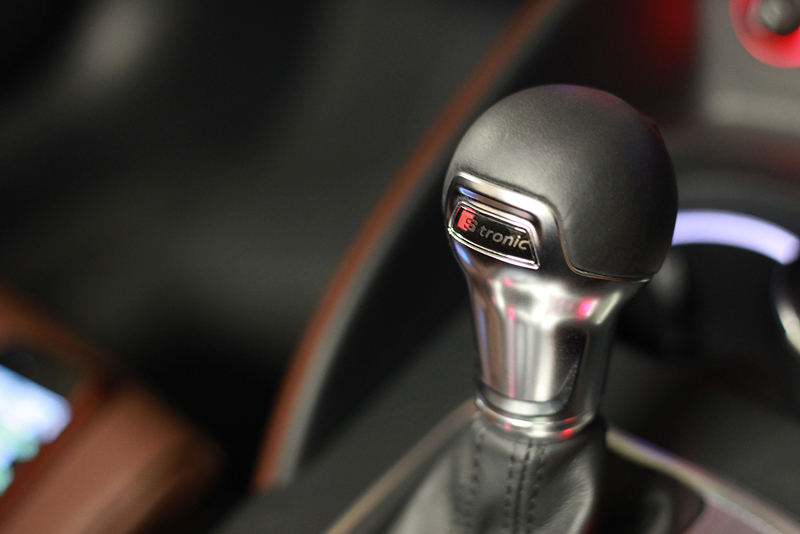 The 7-speed S-tronic dual-clutch gearbox is fast too and is always ready to shift between cogs instantaneously. The only gripe I have is that the gear number display is not immediately apparent on the instrument cluster. But once you know where it is (bottom left, wait, or was it on the right?) it'll be fine. I think. 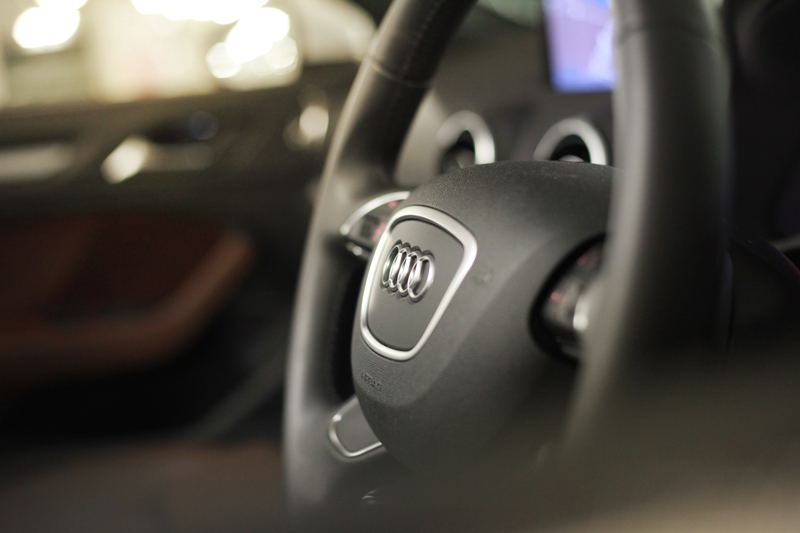 Steer the A3 Cab into a series of corners and you’ll find that the chassis is tight and rigid, even with the top down. It begs for more and you somehow feel it can take more power. But alas, the great structure and balance is let down by the less than desirable Pirelli Cinturatos. Often squealing at the corners and wheel-spinning at every other traffic junction, the tyres might have ‘sounded’ fun, but it didn’t give me the confidence I was hoping for in the fast bits. Like I said earlier, a set of 18-inch wheels with grippy tyres would be perfect. 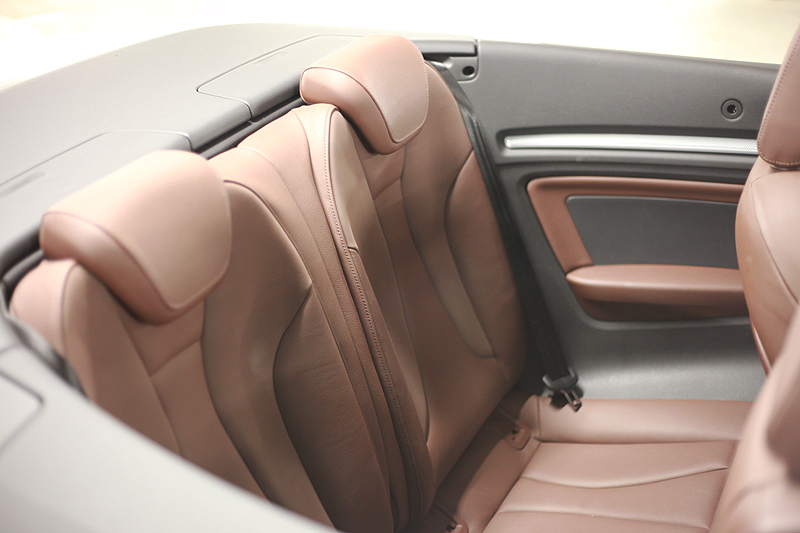 So it's pretty good to drive, but is it practical enough to be your only car? Space wise, the A3 is more than able to fit four adults. Although your taller built friends would be more comfortable up in front. The boot space is larger than the previous model’s too, and will fit a couple of large duffle bags easily. If you're a golfer-depending on your bag size-we would recommend that your golf bag enjoys the privilege of the front seat .

If you have $200K and are in the market for a convertible that seats a minimum of four people, your choices are rather limited. The used car market has more offerings, larger models like the Audi A5 Cabriolet, BMW 3 Series Convertible, Saab 9-3 Convertible, or maybe even the rare and discontinued Opel Cascada might pop-up and fit the budget. But if you want something new and modern, you won’t go wrong with the new A3 Cabriolet. It’s really pretty good. 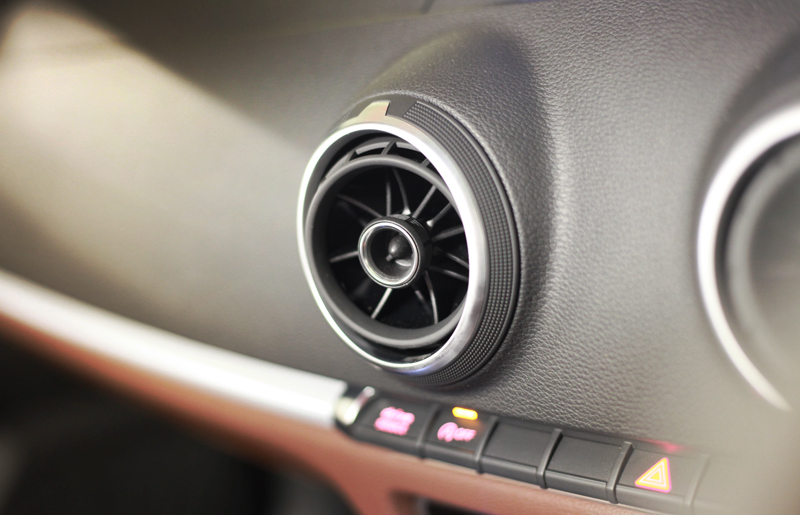 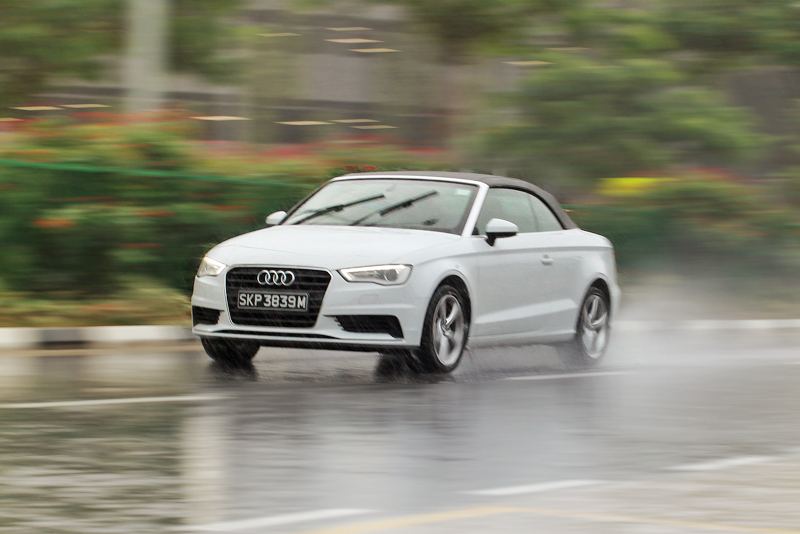 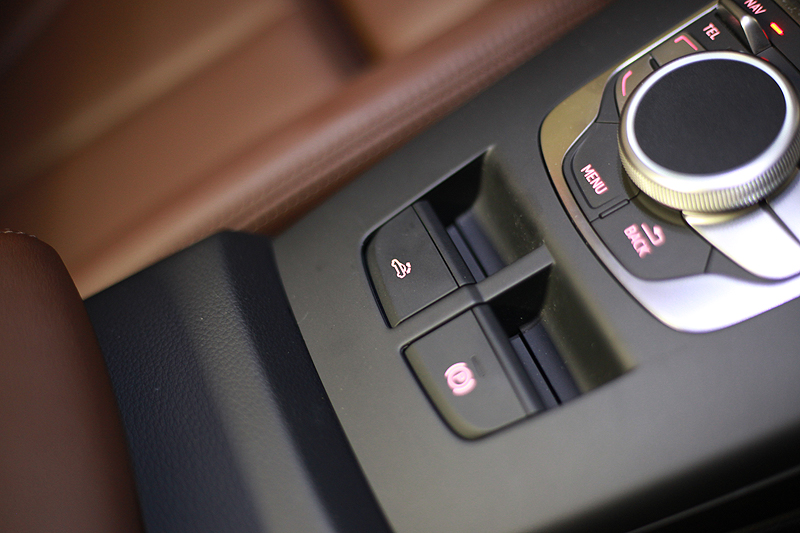 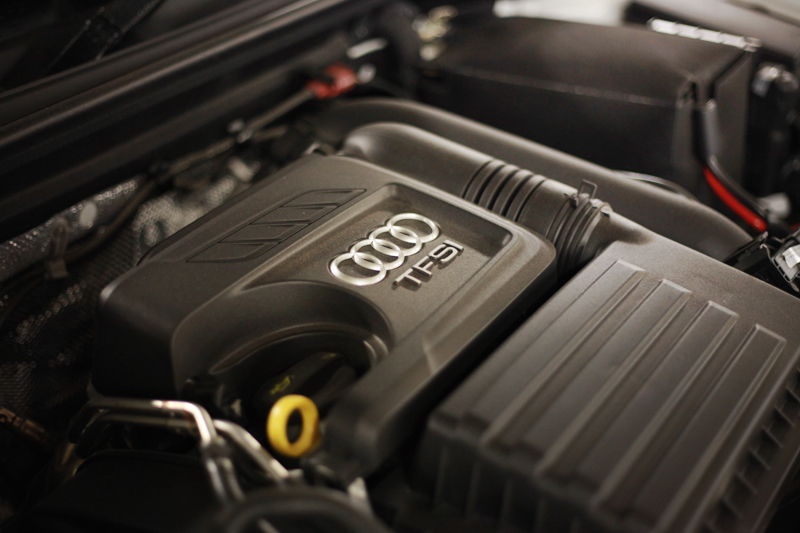