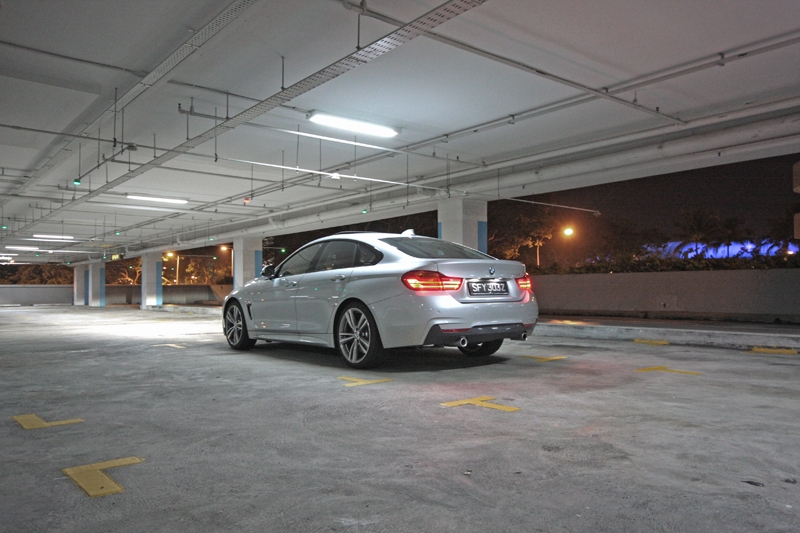 Well look what we have here – another iteration of BMW’s 4 Series. It seems that BMW is filling up every possible segment they could, which is pretty much, what Audi did before this. You see about some years back, the world thinks Audi is overdoing it; trying to fill up every possible segment they could. Remember the A7? Then the A5? Followed by the Q5? What about the A3 that comes in both three and five doors variant followed by a cabriolet? After that, the Q3. The last one was the A1.

Audi filled up every gap they could, kept the motoring press busy with models after models and most importantly, reached out to a wide audience. Of course like every sales story we’ve read and heard in school, some product were just a miss. But most importantly, it kept Audi’s bank account healthy. 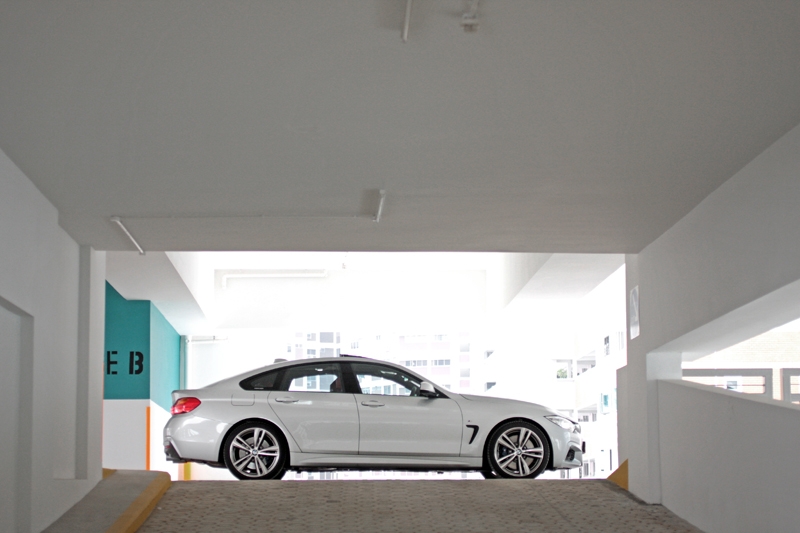 Now BMW seem to have followed suit. Firstly, they decided to re-segmentise the 3 Series — the 3 Series will remain exclusively as a sedan (and oh, let’s not forget the Touring and hatchback 3 GT as well), while everything else like the coupe and cabriolet, known as the 4 Series. Sounds like a familiar exercise? Why, of course. Audi kept the A4 nomenclature exclusive to the sedan and wagon models, while they created something else for the coupe, cabriolet and hatchback (‘Sportback’ in Audi speak) — the A5 range. 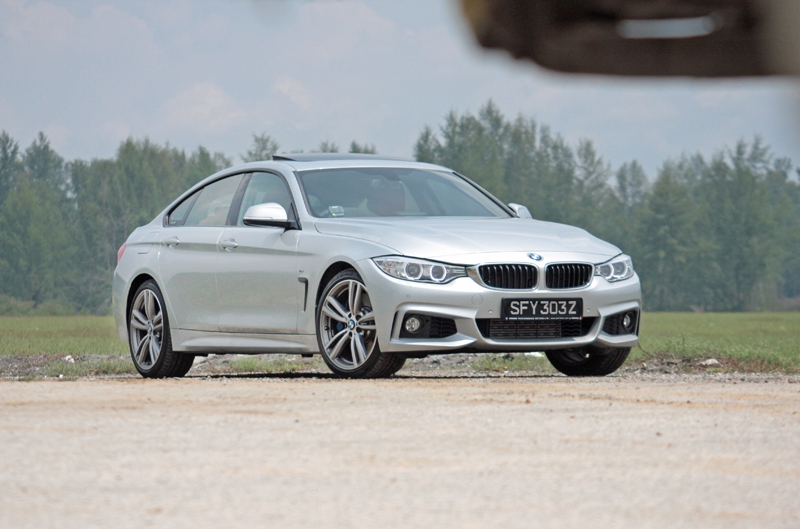 Now here is BMW’s A5 Sportback equivalent — meet the 4 Series Gran Coupe. Or, undeniably, known as a sexy-lump-of-German-metal. Much easier to the eye than a Panamera too, in my humble opinion… 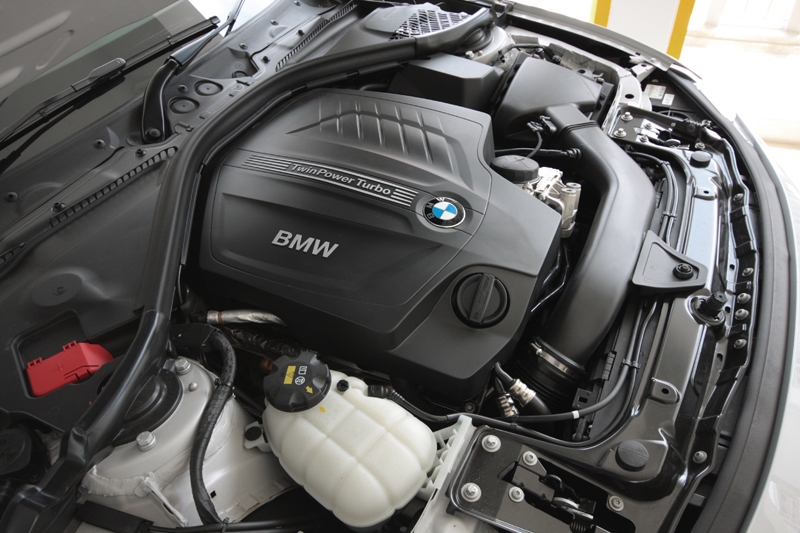 What we have today is the range-topping variant, the 435i. Which means it gets the highly utilised turbocharged, six-cylinder 3.0-litre powerplant that’s mated to a ZF-supplied 8-speed transmission; the combination ensuring this sexy thang has 302 bhp and 400 Nm worth of torque at it’s disposal. And with all that power delivered to the rear two wheels, it needs only 5.2 seconds to reach 100 km/h from standstill; for the sake of comparison, an S5 Sportback quattro with 333 bhp and 440 Nm is only 0.1 second faster. 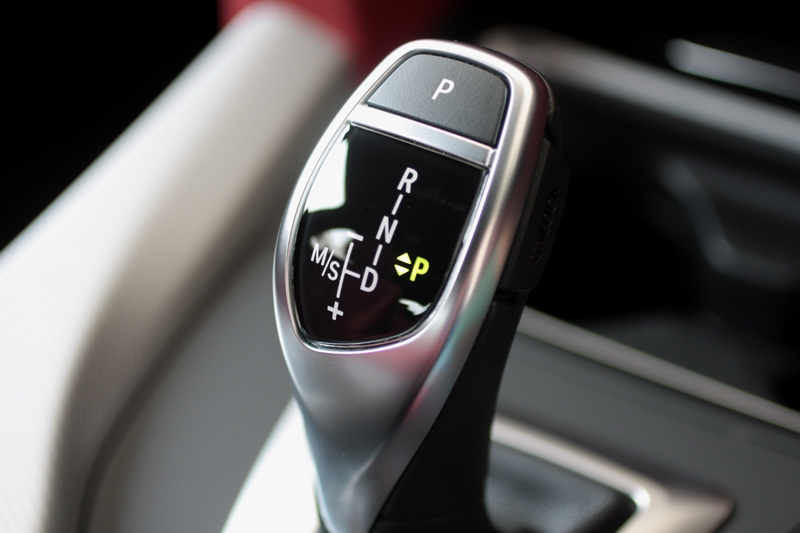 Like both the 4 Series Coupe and Convertible we’ve tested before, straight-line performance is equally strong with this one catapulting you from one junction to the other, echoed along the way by a glorious engine and exhaust note. Even overtaking on the expressway is a cinch, with nary a need to downshift. 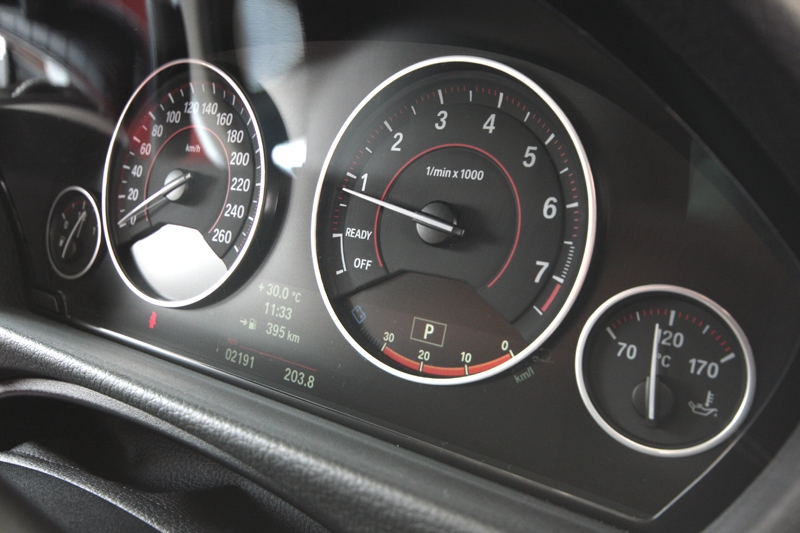 Better still, you can feel the 435i suddenly turning into a different animal when you select Sport and manually swap the gears. Its willingness to run all the way to the 7,000 rpm redline, by George, would surely impress even the keenest of drivers. You also get a nicely weighted steering that responds positively to justify the asking price; sharp turn-ins that are complimented by body movements, that gives you that sense of confidence to take the twisty road ahead faster than usual. Grippy Pirelli P Zero rubbers help as well. 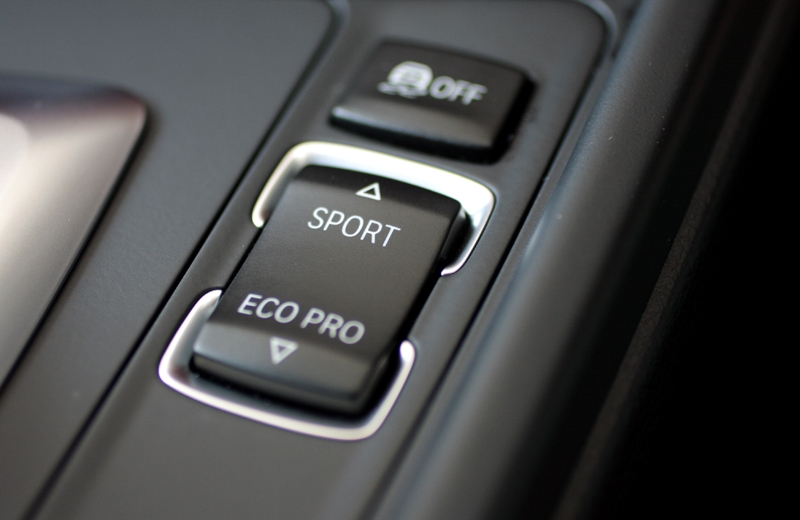 Well you can still choose Comfort to enjoy some, well, comfort while driving, but to be honest and based on my trusty butt feel, the difference between Sport and Comfort is only 40 percent. Which means the suspension does get busy over uneven surfaces and every passenger can feel this. 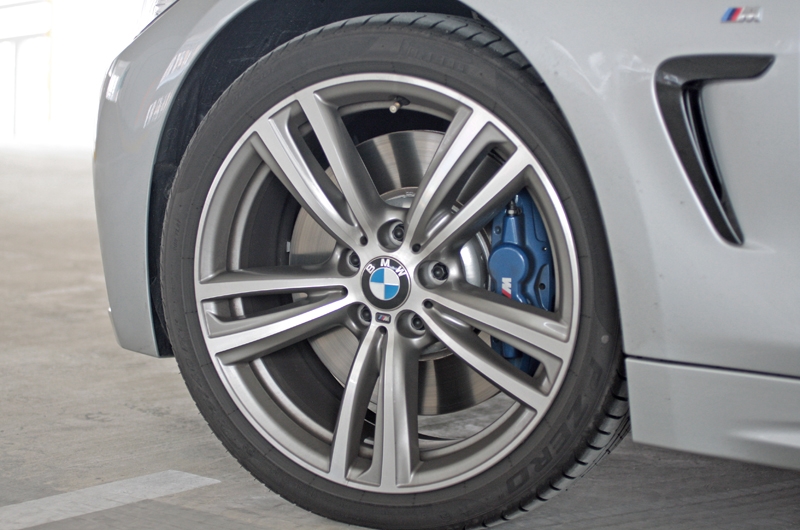 Instantly impressive is the feel of the brake pedal. Seemingly, BMW has given the 435i a slightly better set of brakes than a base 320i. Well I've had my fair share of encounters of the idiotic kind on our roads during my week with the car, and every single time, it manages to slow down and stop within expectation — and that’s very assuring. 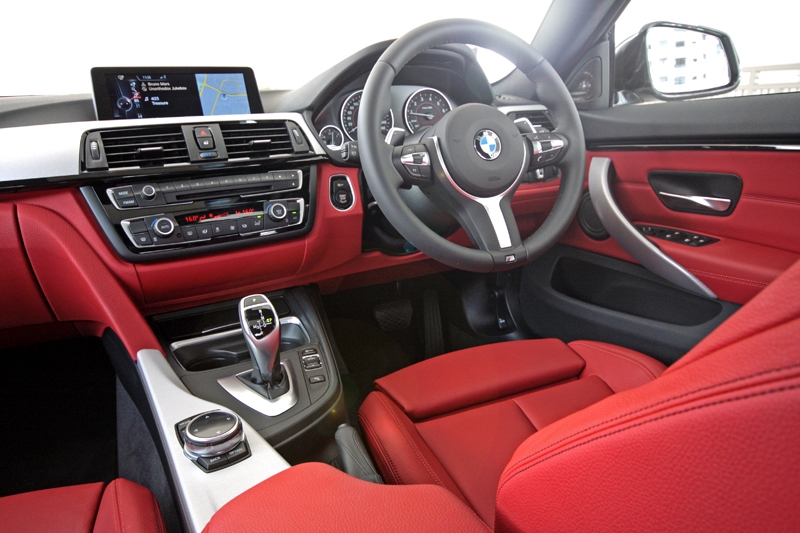 Inside, the 435i offers the usual good build quality on top of BMW’s typical architecture; by now, most of you readers could’ve already gotten familiar. The cockpit remains one of the best with a steering that is nicely sized and body-hugging driver’s seat. At least you don’t slip and slide while driving like a bank robber on the run. 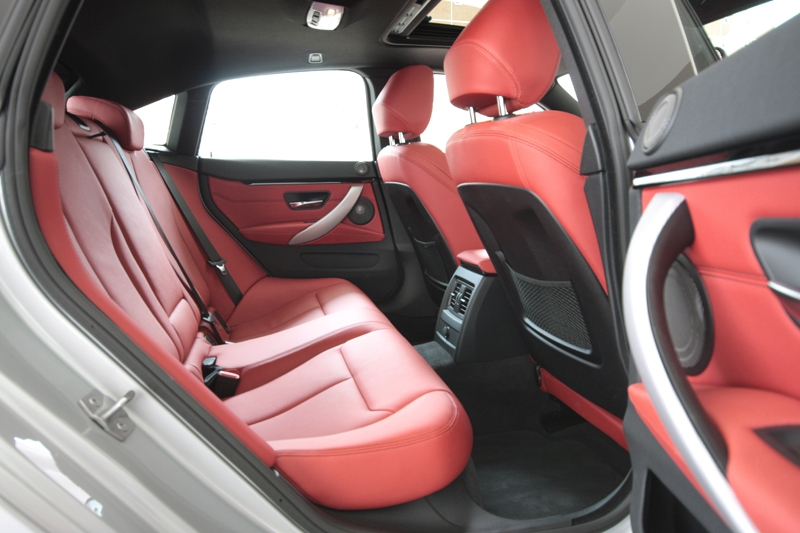 Passengers in the rear do sit slightly lower than in a 3 Series (the 4 Series is 52 mm shorter), and surprisingly it offers ample leg and headroom; that is, unless, you are slightly taller than usual. Highly appreciated is the hatch that opens high (you can choose your preferred height via the iDrive) and exposes a usefully large boot. Golfers would love this. 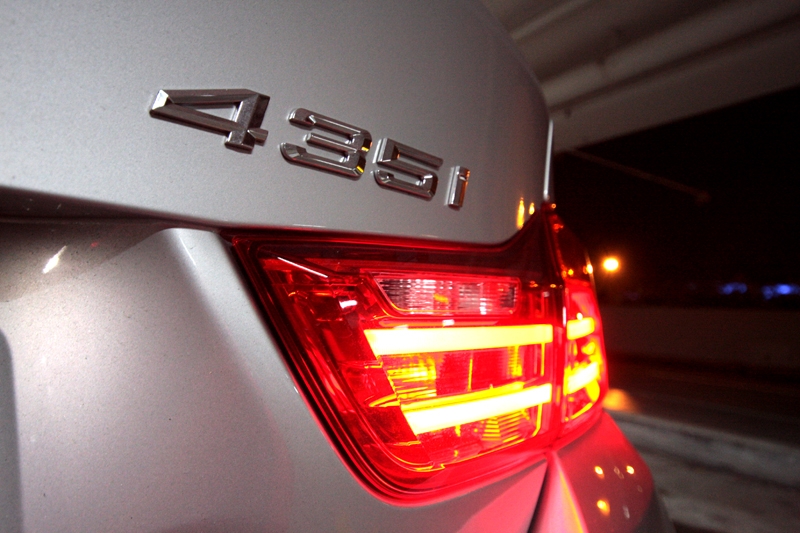 As a whole, the BMW 435i Gran Coupe is a lovely car to drive despite the slight compromise in passenger’s comfort. It still handles sharply like a BMW should with proper firepower to outrun everything else on the road. The well thought-out exterior and very, very useful boot is a welcomed surprise, I must say. 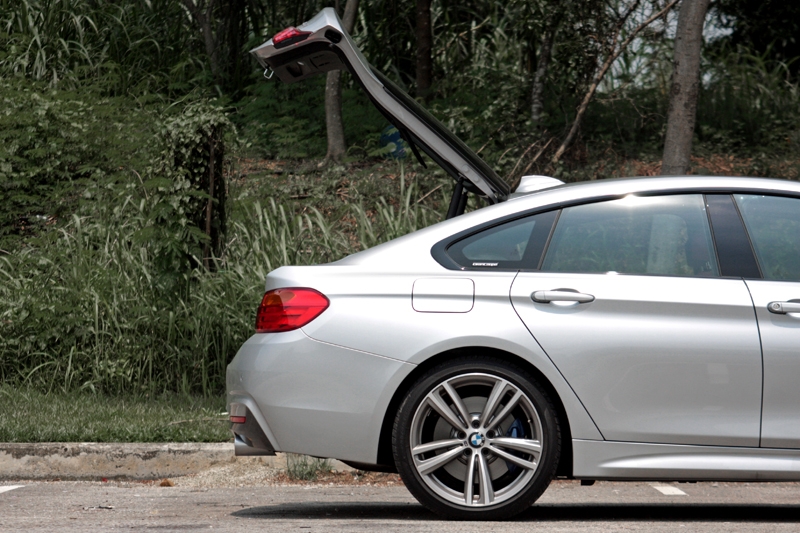 Everyone, meet my favourite BMW. 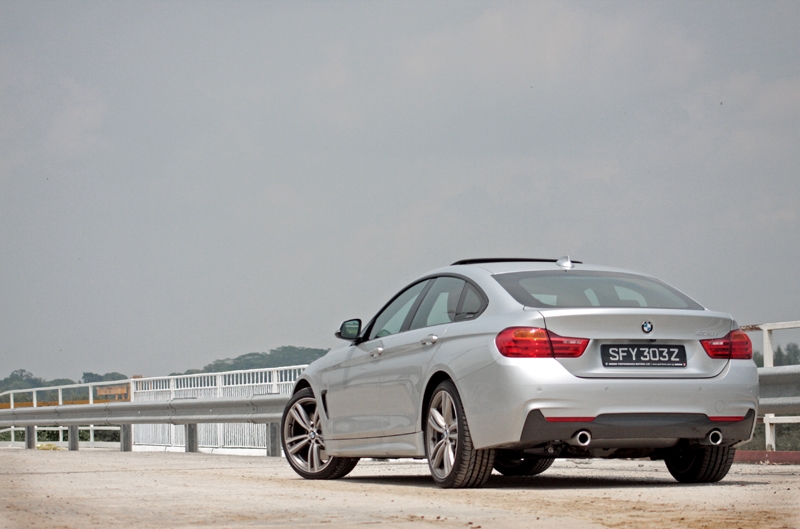 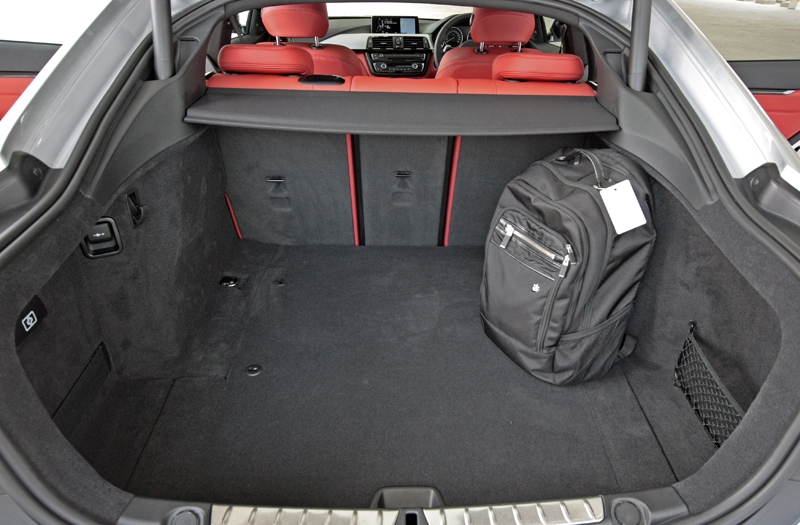 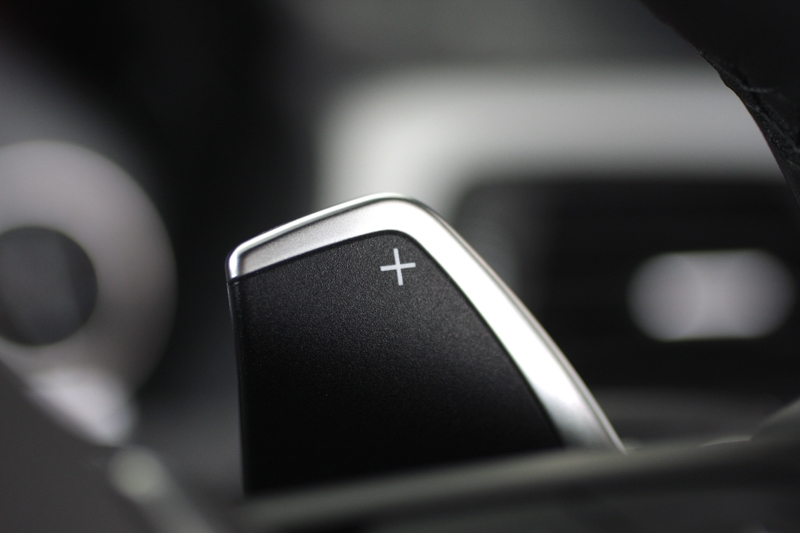