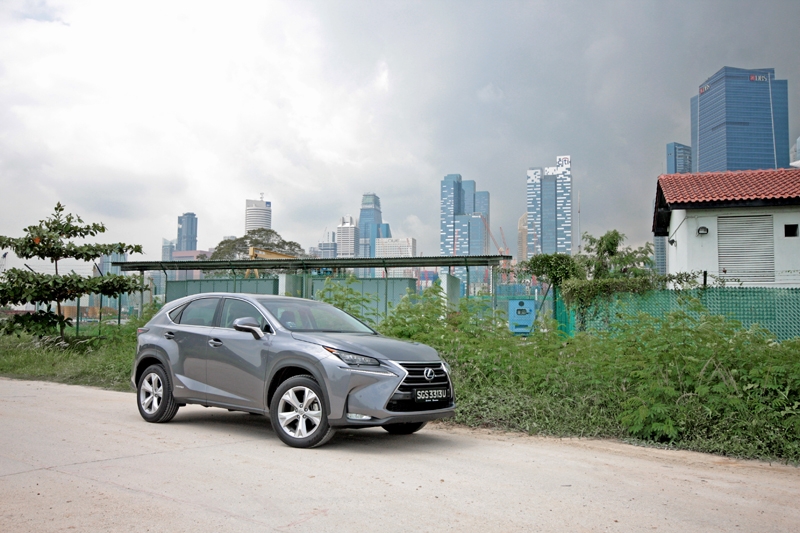 Lexus enters the German-dominated segment with its fresh offering, but beneath all that fancy sheetmetal, is there any real substance?

Lexus first brought the concept of this whole hybridized SUV about 21 years, 3 months and 28 days ago, and it seemed to have work. Reliably. Which is quite a feat considering the amount of engineering effort and R & D they had to go through before (a) finally getting approval to actually sell and (b) put them on the road for consumer. The RX Hybrid luxury SUV was so successful, Lexus is officially the pioneer.

To reach out to the younger crowd, Lexus now introduces their NX; like how BMW has the X-ohmahgawd-3, Audi with the Q-aging-gracefully-5, Range Rover with the crazy sexy Evoque and Porsche with their out-of-this-world Macan — you get the picture. 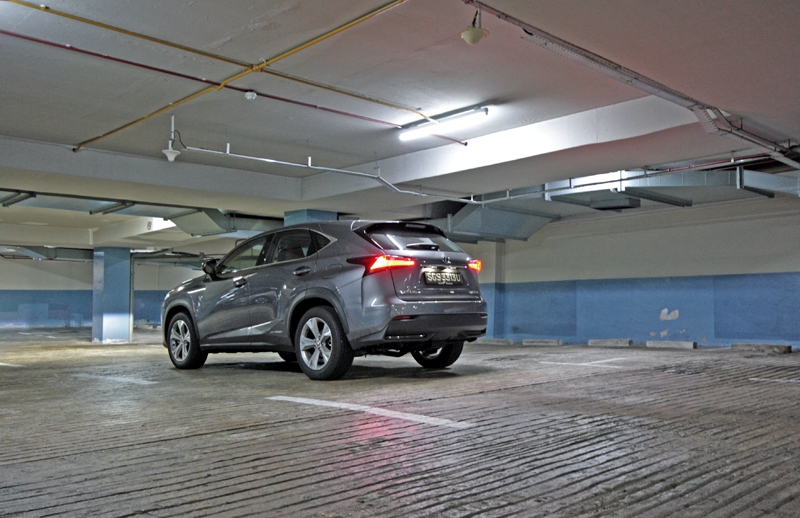 However unlike the European market, our market only gets the hybrid NX first; the 2.0-litre turbo variant will only arrive somewhere in the first quarter of 2015. 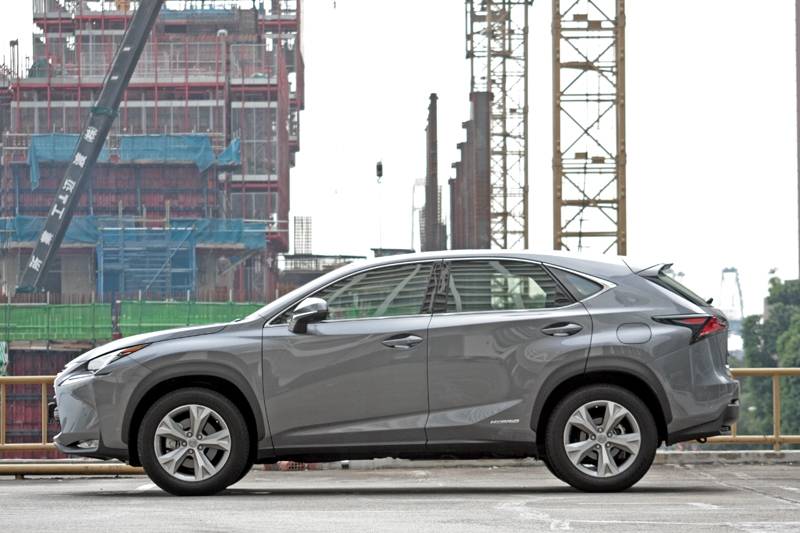 Which is not a bad thing, really. Smart, even, if you were to see it from Lexus’ perspective - while the Europeans are still busy pushing out their turbocharged model, the Japanese promotes their greener option. But still if you’re like me (and I’m sure there’s a significant bunch of you), you’ll be on the fence about the NX hybrid. 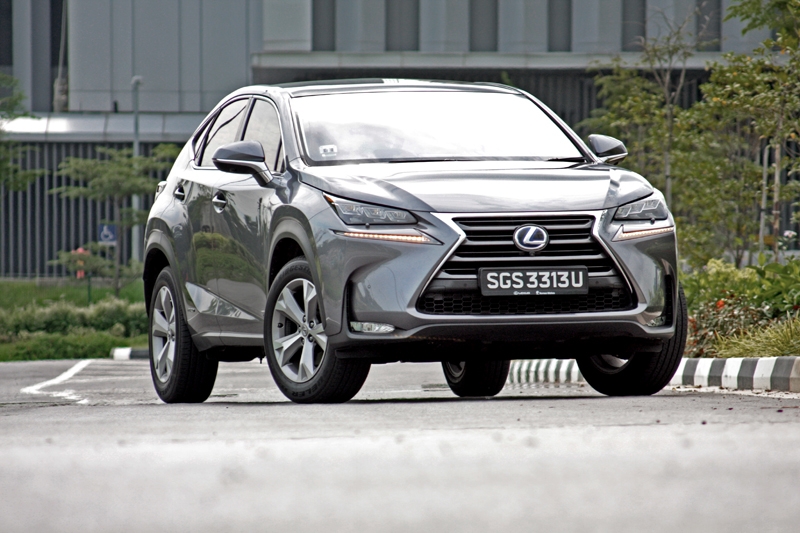 Ok, let’s move on. The NX 300h looks rather radical compared to its peers in the segment though. There are bold lines, stunning creases, stylish head and rear lights; a lot of work went into designing the exterior itself. That front face with the highly detailed bumper finished with a one-piece spindle grille, looks ready to swallow anything in its way. The only downside are those wheels that still look undersized and out of place on the car. Oh, those are 18-inch mind you. 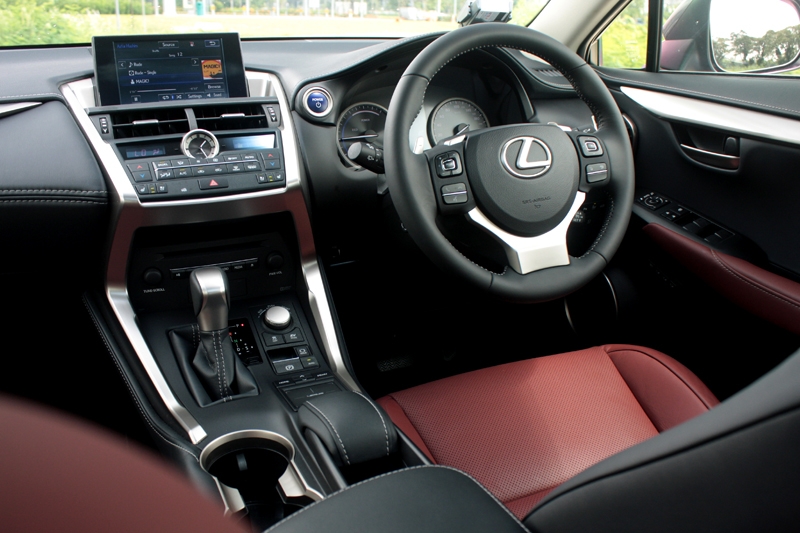 Interior wise, Lexus obviously worked hard to make it this good. Ergonomically speaking, it’s a brilliant place to be in; looks un-Japanese and bold, but each and every control buttons are logically placed. On top of that, they feel solid and should be able to last for at least another century. A lovely touch? Ahh… That analogue clock at the centre of it all. Then to give the car more gadgetry, Lexus had also included what they call a Remote Touch Interface; think of it as using a wireless mouse with a PC. To be frank, it’s not the most intuitive in the segment — still faaaar in terms of user-friendliness if you were to compare it to the iDrive and MMI systems. 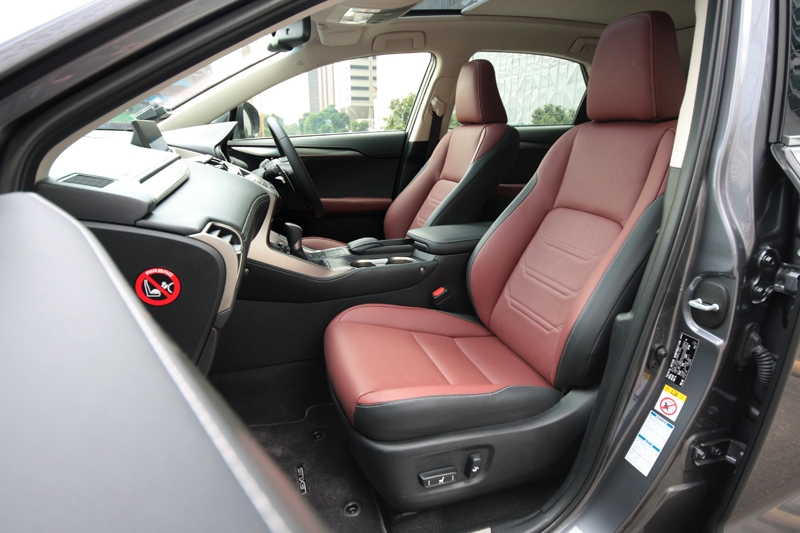 The steering wheel is lurvvely and perfectly sized, this has to be the best in the segment. The chairs are all equally comfy, which is a Lexus specialty — by the way, the front two gets both warmer and cooler as standard. 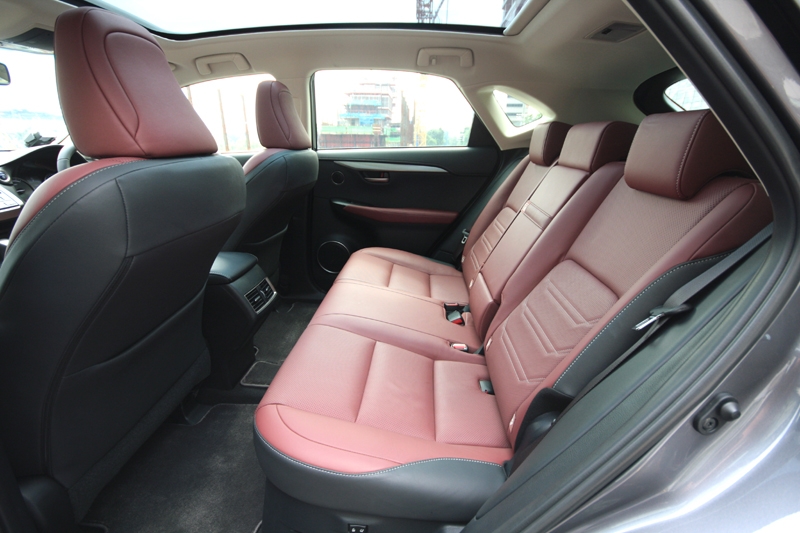 The rear seat can accommodate up to three average-sized adults in comfort, thanks particularly to the almost flat floor. A large fixed glass roof also comes standard, but on a more personal note, I would rather take a normal sunroof over this - it may mess up my combed hair but will still come in useful at times when I'm sick of the air-con... 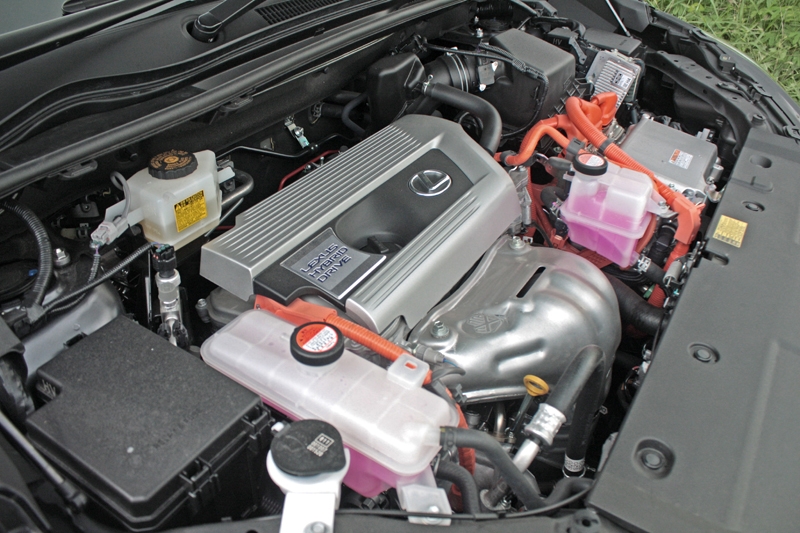 Now let’s talk about how it drives. Under the bonnet of the NX lies a 2.5-litre four-cylinder petrol engine that is mated to a powerful electric motor that also gives you extra juice when needed. Combined, it is good for some 194 bhp and 201 Nm of torque, taking only 9.2 seconds to do the 0-100 km/h sprint. 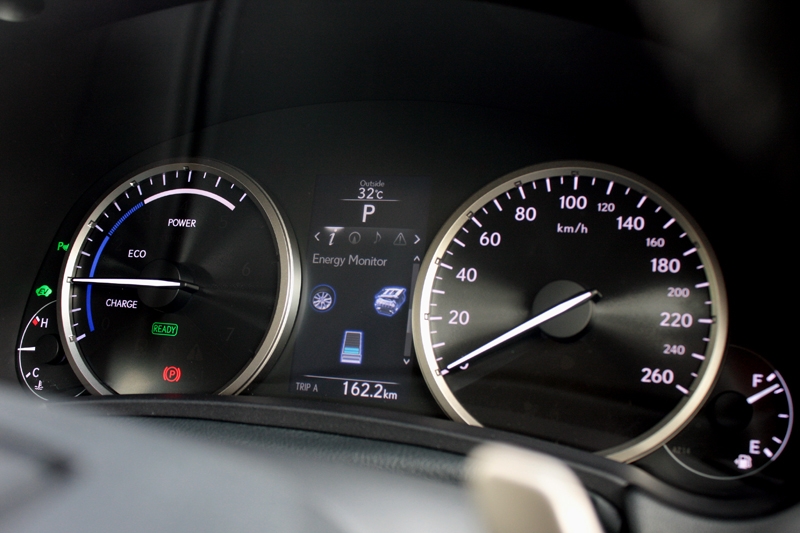 If you’ve never known how it is like to be in a monastery, driving with a fully charged battery cell in EV mode will give you a good idea. Driving around town in full-electric mode, all you hear is a soft electrical whirr from the electric motor as you pull away from one junction to the other; it is eerily quiet, you need to switch on the audio system to actually get some sign of life. Well to get some little entertainment as you drive, you can toggle the screen to the Energy Monitor and watch either the engine charging the battery pack or whether the regenerative braking is adding juice back to the battery pack. 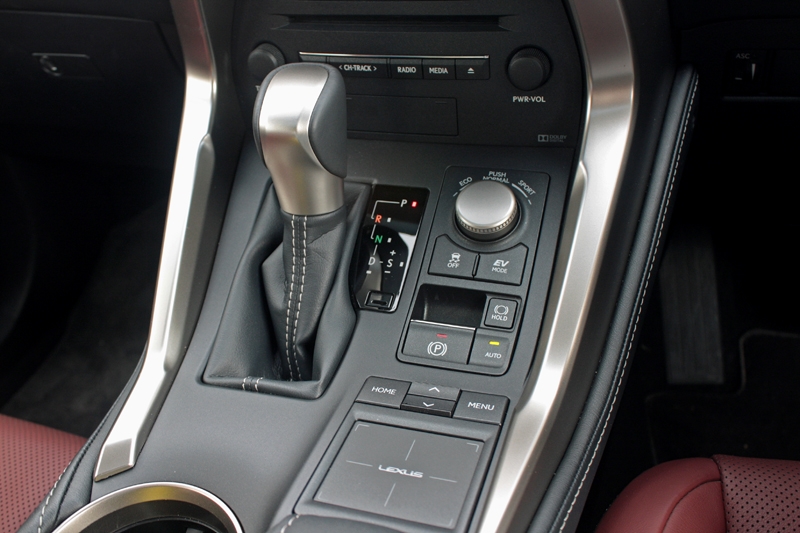 Swap to Sport and you do feel a different character coming to life. Despite the rather hefty 1.8-tonne kerb weight, it sprints rather alarmingly quick; which is of course useful for overtaking that road-hogging cab ahead. Ok, so the CVT ‘box may sap some life out of the NX, but it still works very well. On a separate note, Lexus knows that you may get bored of driving the NX like an old man, so they’ve added a pair of paddle-shifters here to let you shift the virtual ratios up and down like a, well, rally driver. 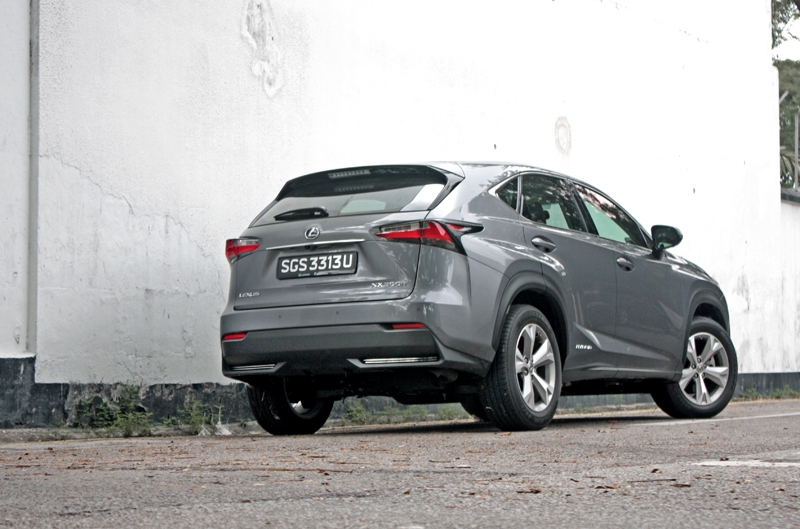 Handling wise, the NX is both predictable and safe. You can still push it a little faster into corners but at the first sign of under-steer, the traction control would step in to correct things again. Body control, for a car this tall, is surprisingly good too — it moves and shifts very well not to throw you off. To sum it all up, you need to be a big idiot to actually make the car nervous. 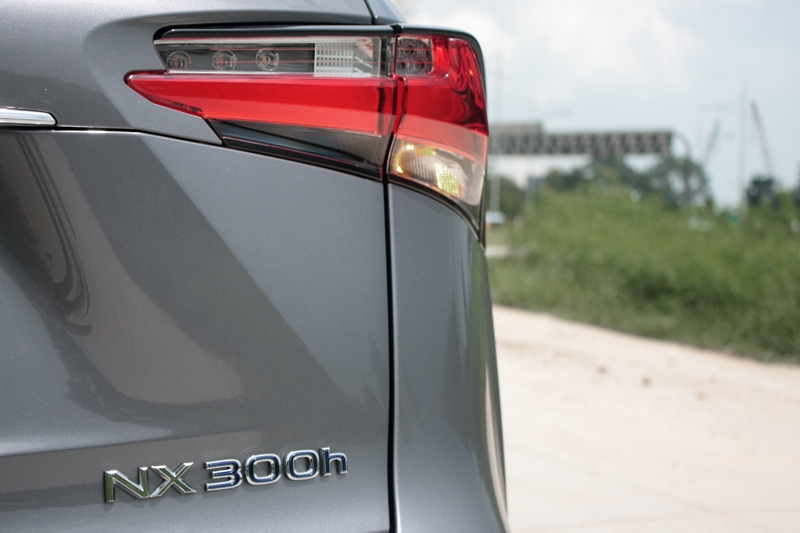 To pass off the Lexus NX 300h as a character-less SUV would not do justice, because of the way it offers itself as a green car one moment, and then suddenly as a reliably fast SUV the next, at a simple scroll of a knob. The Macan may still be the SUV of the moment, but the NX is definitely something else you should not ignore. 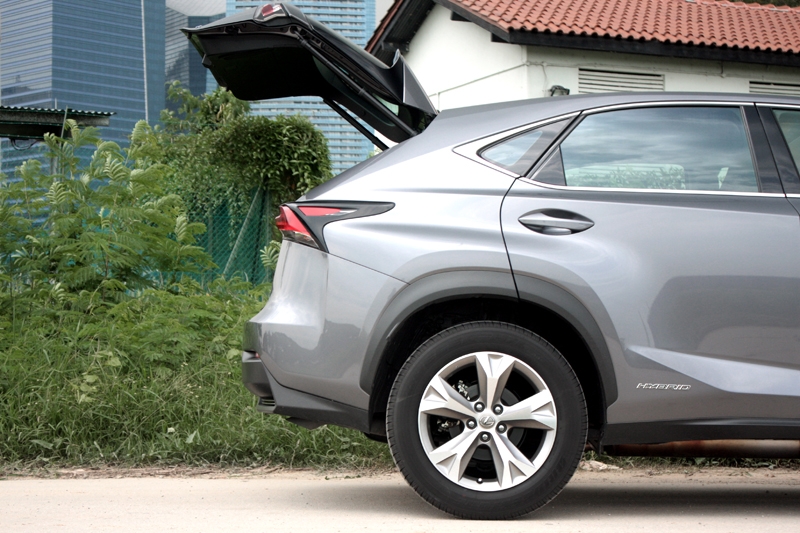 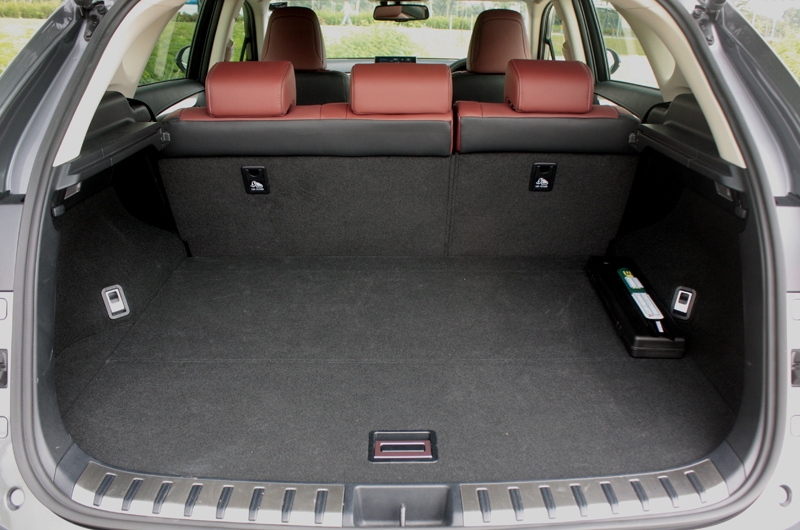 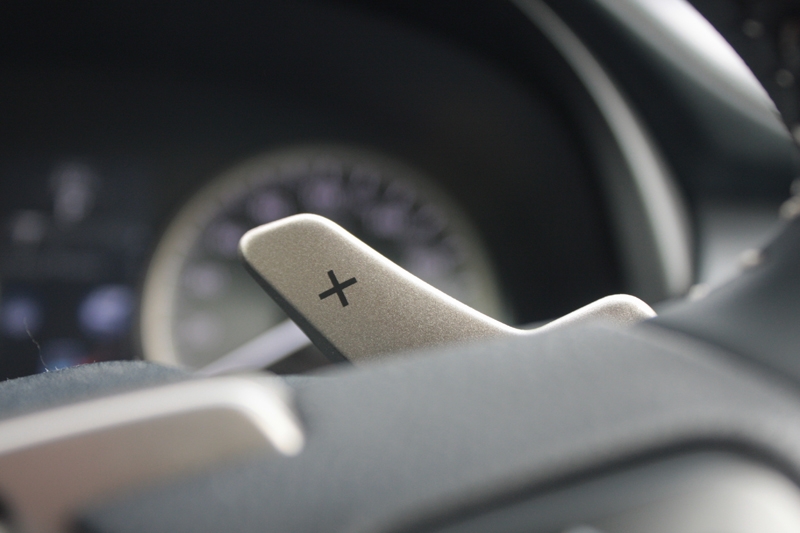