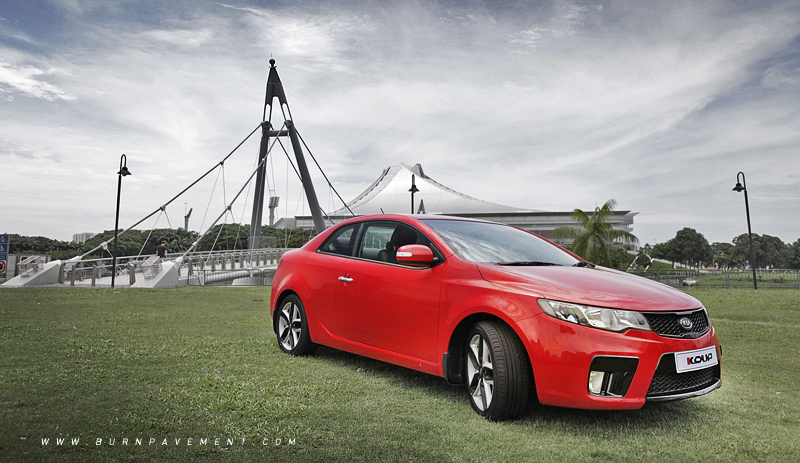 Eschewing the rear two doors, KIA has turned their highly popular sedan into a sporty coupe.

Refraining from labelling it as a sports car, a term usually associated with performance cars, KIA has made a wise move in branding the Koup as a sporty lifestyle car targeted at the masses. The Koup as its name implies, is the coupe version of the four-door Forte sedan and bears the distinction of being the first ever coupe built by the Korean company.

At first glance, one would be mesmerised by the coupe's stylish and sleek lines, making it an attractive preposition for those who are in the market shopping for a new ride like the Cerato Forte, then falling prey to the charms of the Koup on the other end of the showroom. Apart from the hood that it shares with its sedan sibling, everything else the Koup sports externally is unique to the model courtesy of Peter Schreyer. These include the Koup's aggressive looking air dam, flared arches, sporty rear diffuser, twin exhaust pipes and exclusive 17 inch rims. 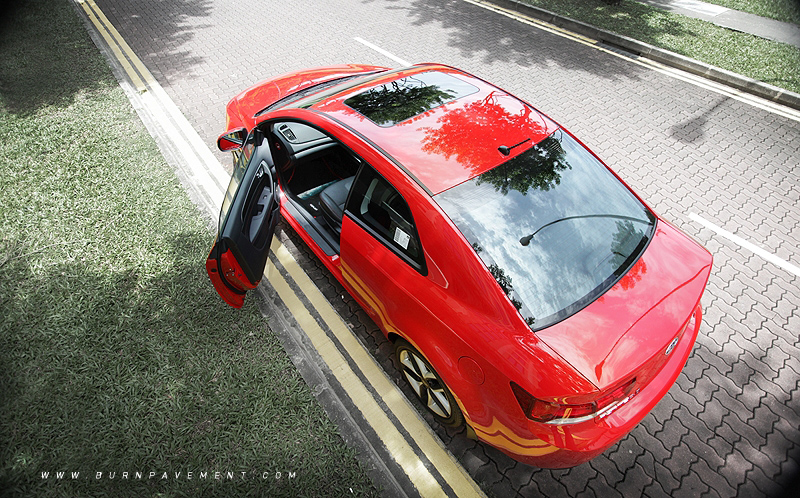 Although the Koup uses a slightly modified Forte sedan drive train with an identical chassis, dimensions wise only the wheel base is similar for both cars (2650 millimetres). Everything else on the Koup is reduced to make it more compact and low slung, befitting a sporty coupe. As such the Koup is 60 millimetres lower due to a lowered roof line and suspension, and is 50 millimetres shorter and 10 millimetres narrower as compared to the Forte sedan. 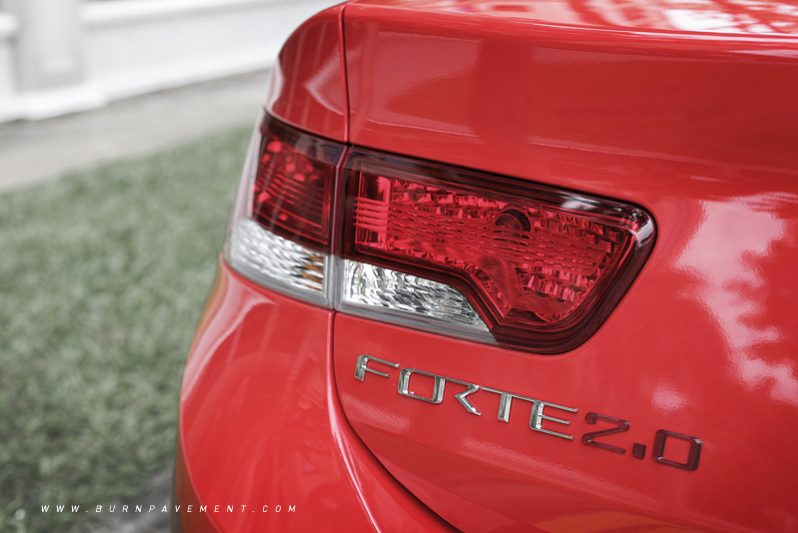 With the car looking the part, many of you by now must be pondering on how well the car would perform when driving. As a caveat, I must stress that the Koup was never a performance car, though the KIA engineers claimed that the 154 hp 2.0-litre engine, the very same one used in the Forte sedan was tuned to deliver a deeper drone, which was not very convincing to me, but upon driving the car, we were pleasantly surprised at the engine's responsiveness. I attribute this to the improved electronic throttle control and a more sensitive accelerator pedal sensor. 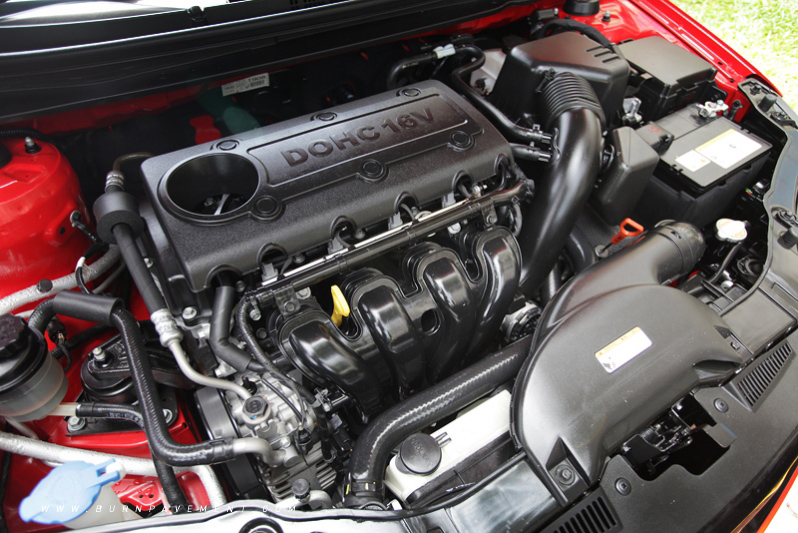 Over fast roads, the ride felt firm yet not overly harsh, making it very planted and stable. Chucking it round some bends, we detected little body roll, though the steering felt a tad too light at times, which is not very confidence inspiring if you get too carried away with your 'I'm driving a sports car spiritedly' mentality, but it's good enough, if you're not pushing it round bends like a rally driver. As for braking, the stoppers feel a bit spongy, but again, for daily driving they are more than enough, other wise, you can get a set of aftermarket brakes with sporty looking callipers to complete that 'I am fast' look. 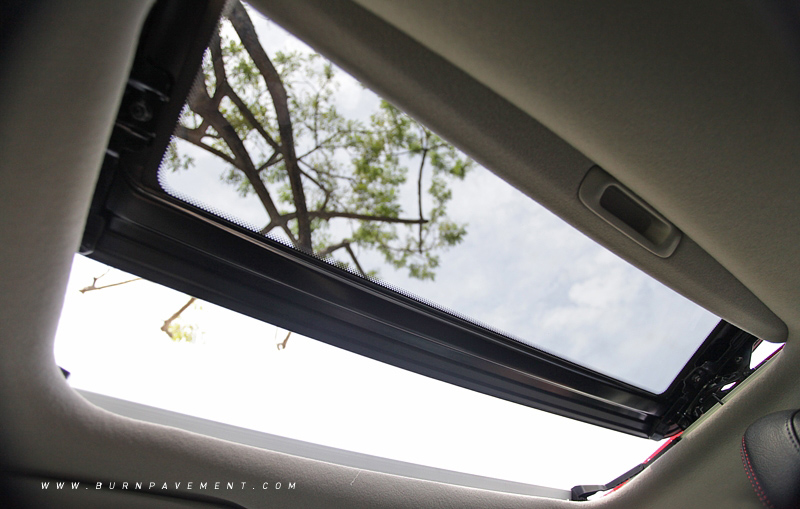 Being the high spec SX trim, the two litre KIA Koup is equipped with most bells and whistles that most could ever want. These include leather upholstery with sporty red stitching, full iPod integration kit, fog lights, remote door locking, steering wheel-mounted audio, cruise control functions and a power sunroof. 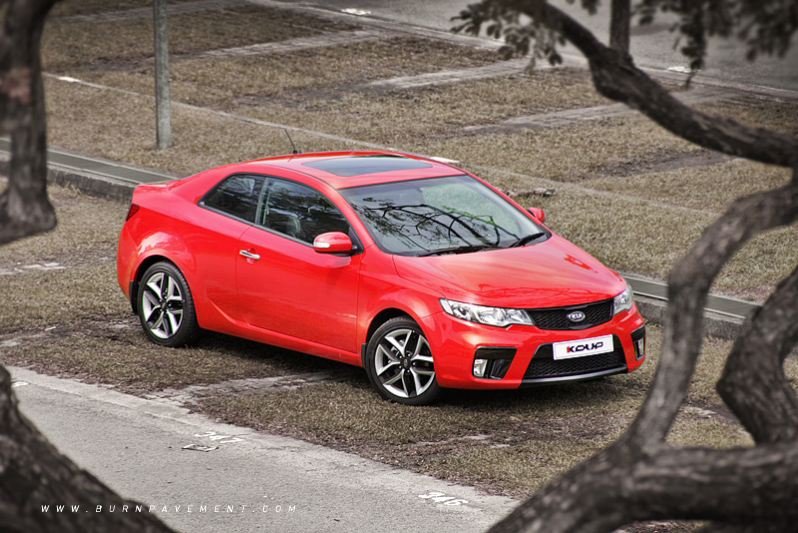 To sum it up, the general driving impression of the Koup is one of a lifestyle car that has been styled to look sporty, with mechanical paraphernalia that delivers an improved driving experience as compared to its sedan sibling. That being said, KIA is spot on in terming the Koup as a sporty car, rather than a sports car, and with a fairly competitive price and no real competition in the market at the moment, the Koup is the ideal car for those who are more concerned over aesthetics than outright performance. 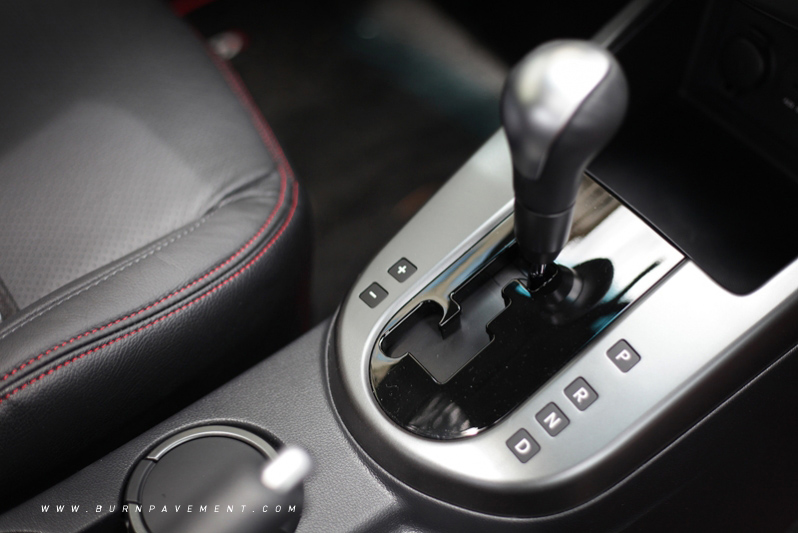 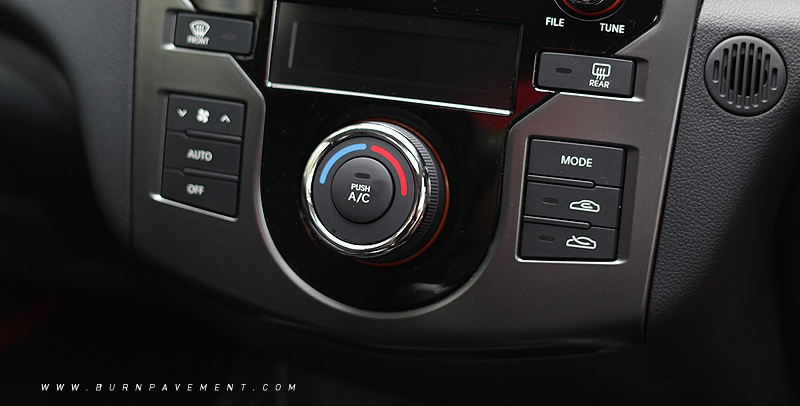