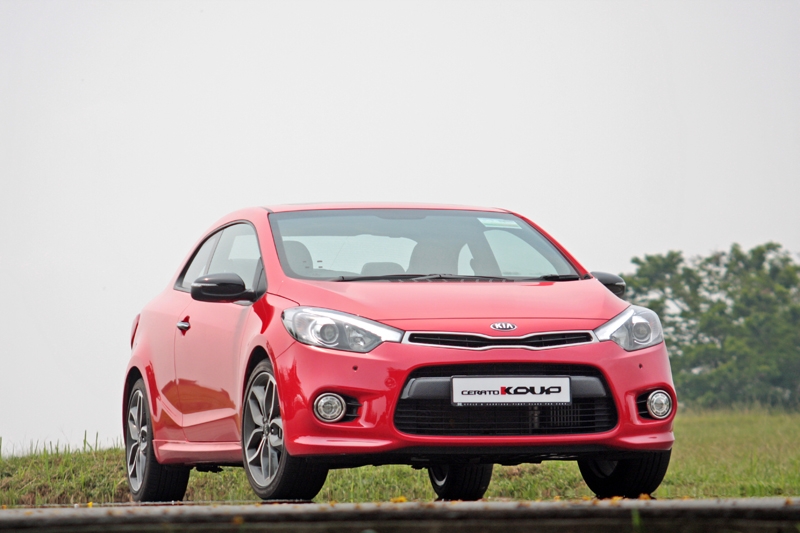 Now before you continue reading this review, I’d highly recommend you remove any sort of biasedness you have towards the Korean brand. Why? Simply because the general car owner populous here on this island have this twisted mentality that Kia cars are (a) cheap and inferior, and (b) only for those on a budget. Or in other words, people still look down on the brand.

Whatever. It’s their loss as they’re uninformed and clearly missing out on the good things that are on offer. 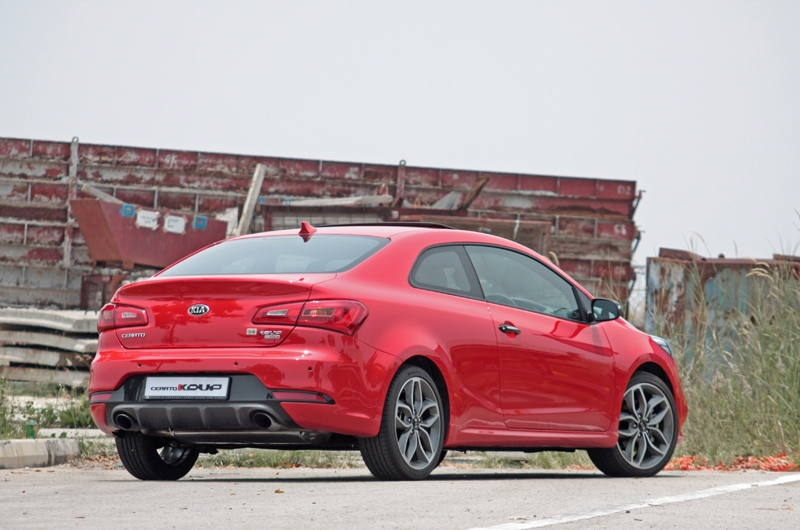 I’ve had two Kias in my entire (driving) life. The first was a Spectra; this one was bombproof, a little thirsty, spacious but with a 1980s interior. For that low $60k asking price - this was back in early 2002 - it was a bargain and served its purpose bloody well. No complaints. Then came the Cerato in late 2004; a marked improvement in terms of quality than the Spectra it replaced. At mid $60-odd grand, this one had a superior cabin, better fuel consumption, was lovely to drive and, like the Spectra, easy to maintain. Again, not a single complaint. One fine day however, it was replaced by a coupe, which is another story for another day…
What I’m trying to say is this: you have to live with one to actually appreciate what a Korean has to offer. It may not be as loved as a Japanese, but it does the job reliably. 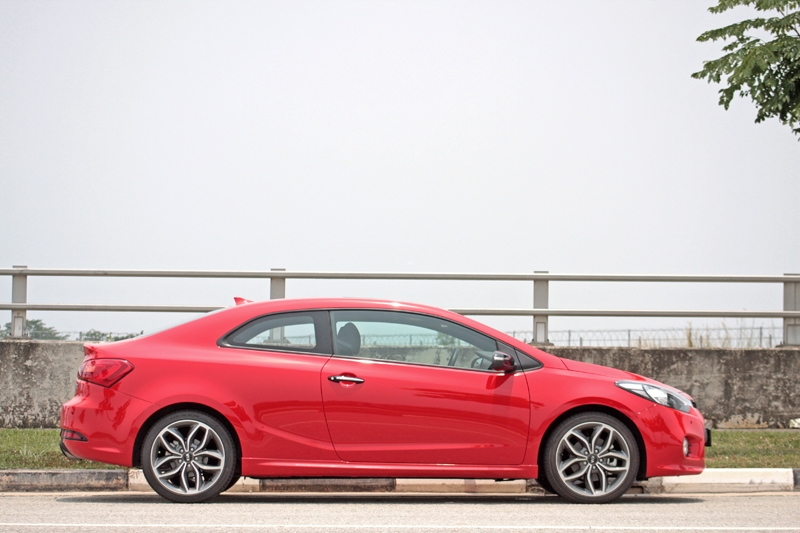 Now say hello to Kia’s latest offering for the style-conscious: The Kia Cerato Koup. Ok, so most of you will be on the fence with regards to the exterior styling, but on a personal note, I can live with it. After all, it made me turn around and look at it more than once after every single time I parked it. 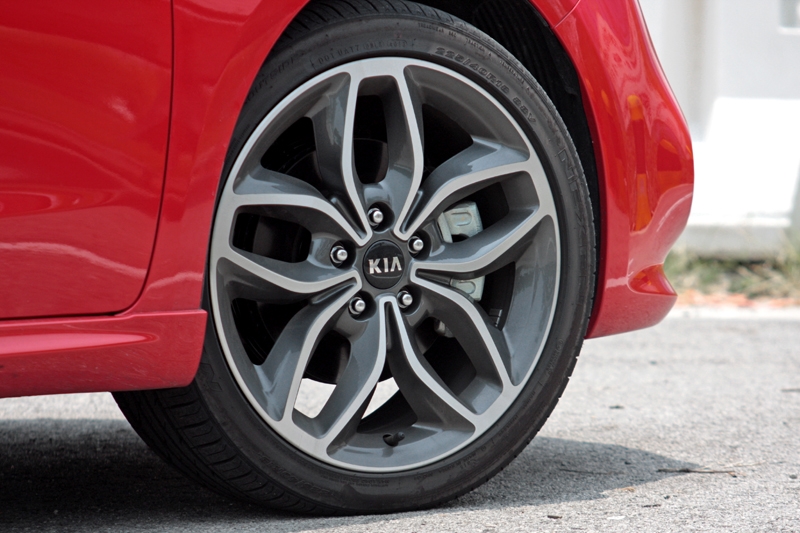 You can see Kia trying to be upmarket, making the Koup as svelte as possible without trying to look like a scaled down Aston Martin Vantage with a rear of the Volkswagen CC; there’s that tinge of flamboyance compared to its predecessor. 18-inch alloys come standard, along with a sunroof and faux carbon-fibre insert at the bottom of the rear bumper (still questioning the need for this, Kia). There’s no doubt Kia is putting effort to justify their asking price. 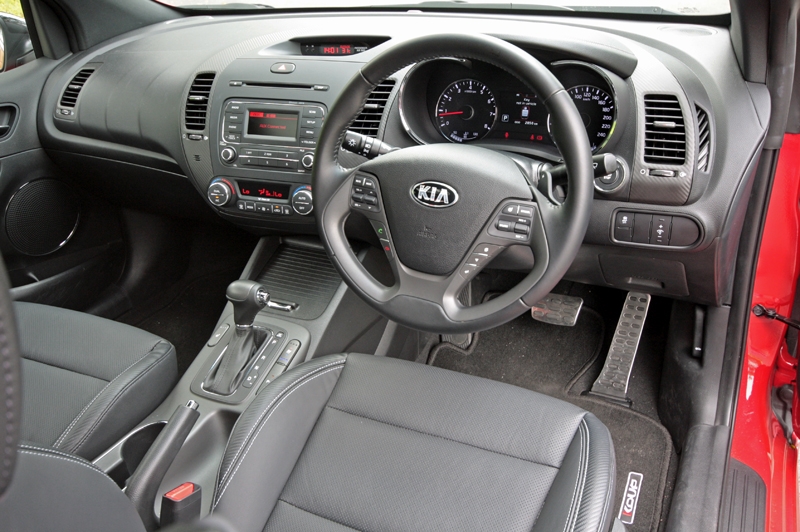 In the cabin, the Koup is on par with BMW’s 220i — in terms of space and practicality that is. Oh, the seats are comfortable too, and you can actually seat two average-sized adults with adequate headroom and more than enough legroom. The rest of the interior, however, is a far cry from the Beemer; the dashboard is more utilitarian than classy with the use of tough plastic. The faux dry carbon-fibre insert is quite an eyesore — for once, I’d take a piano-black finishing over this. The door panel is just that: a plastic panel to cover the metal bits and speaker/power window mechanism. And also to rest your arm when your hands are done holding on to the rather large steering wheel. 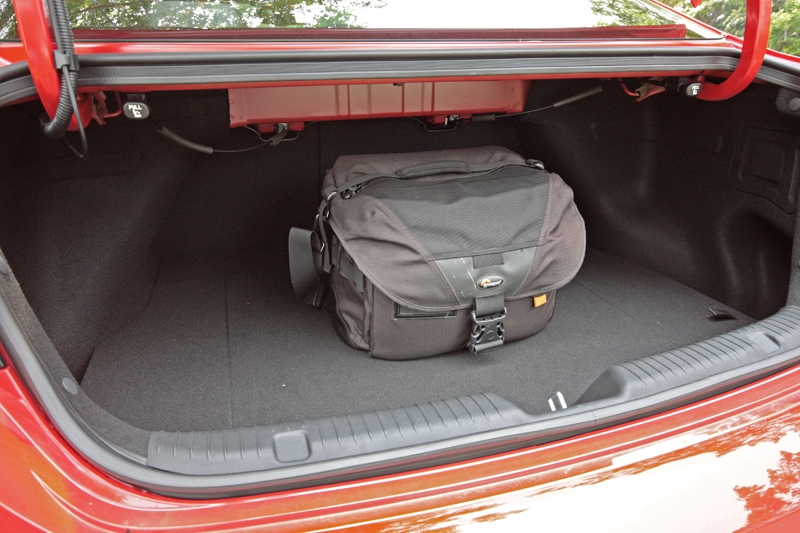 That aside, Kia still deserves credit for including useful storage spaces throughout. The cockpit has control buttons that are easy to reach for the driver, clear meter cluster, bum warmer/cooler for the driver’s seat (front passenger only gets warmer), auxiliary docks for your smartphone and an engine start/stop button. A nice touch is the pair of paddle-shifters. Value for money? Yeah, impressive enough. Unfortunately if you want GPS and a reverse camera monitor, you still have to pay another $1,000.
The 433-litre boot space is good enough for most storage tasks, and when you do need to transport longer items, simply pull a lever (conveniently located in the boot as well) to bring the backrest down. The exposed cables, though, were. an. eyesore. 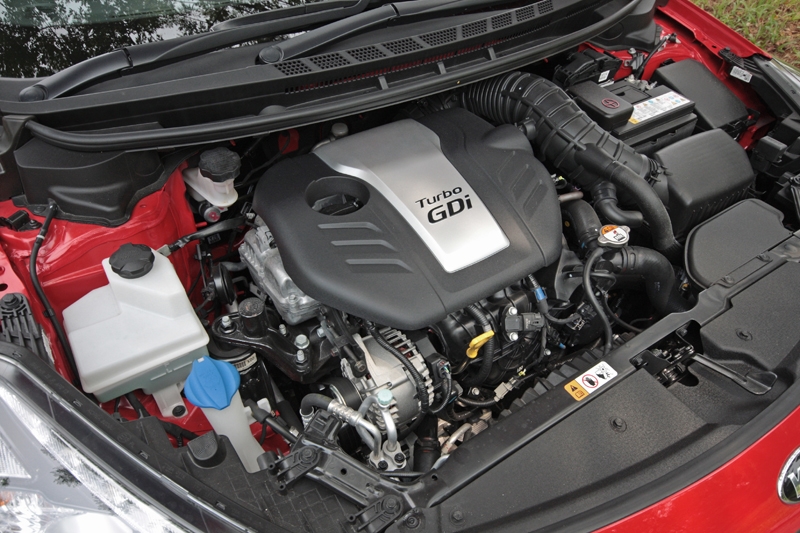 Powering the Koup is a 1.6-litre turbocharged 4-cylinder, 16-valve lump, the similar unit seen in the Veloster Turbo. Mated to Kia’s first ever force-fed engine is a 6-speed automatic transmission — a manual version is not offered at all, unfortunately. That little grouse aside, power output is a respectable 201 bhp, with torque 265 Nm. The 7.4 seconds zero to hero timing clearly indicates the Koup is no fire-breather, but is more than up to task for daily usage. 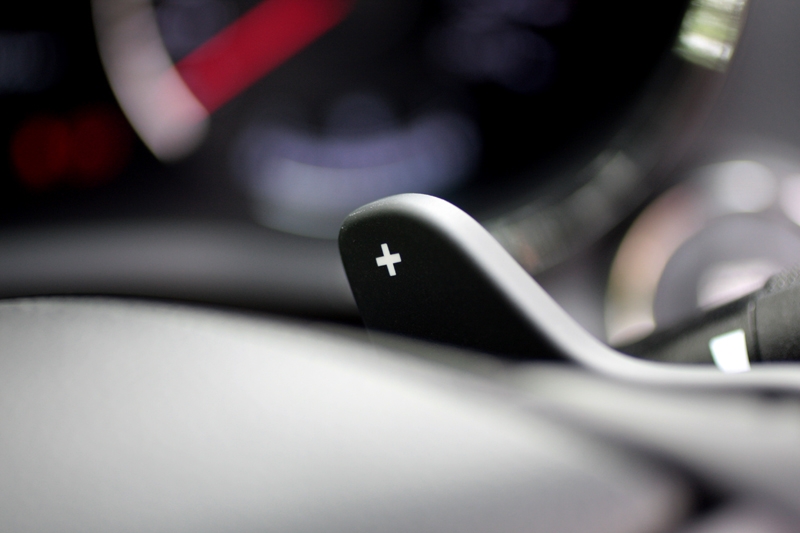 It pulls strongly from standstill with a subtle sporty exhaust note to accompany your journey to three-figure speeds. The transmission, while may not spell the words ‘e-n-g-a-g-i-n-g’ in its list, is responsive enough to squeeze every ounce of performance the right foot is demanding; selecting your own gears do make things a little better though. 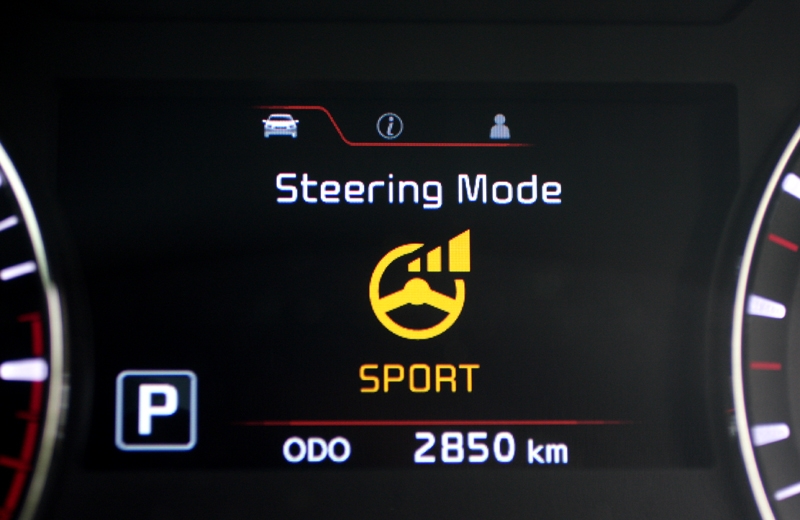 Out on the expressway, it displays a level of refinement that can potentially shame some Japanese models in the same category; engine and wind noise were well suppressed. However, the factory-fitted Nexen tyres needs to be replaced if you want a much quieter ride, in my opinion...
Flex Steer, a Hyundai-Kia innovation, comes standard here and that allows you to choose from three different levels of steering weight. This being Burnpavement, Sport mode is the default choice as it provides good weight, feel and surprisingly, feedback as well. 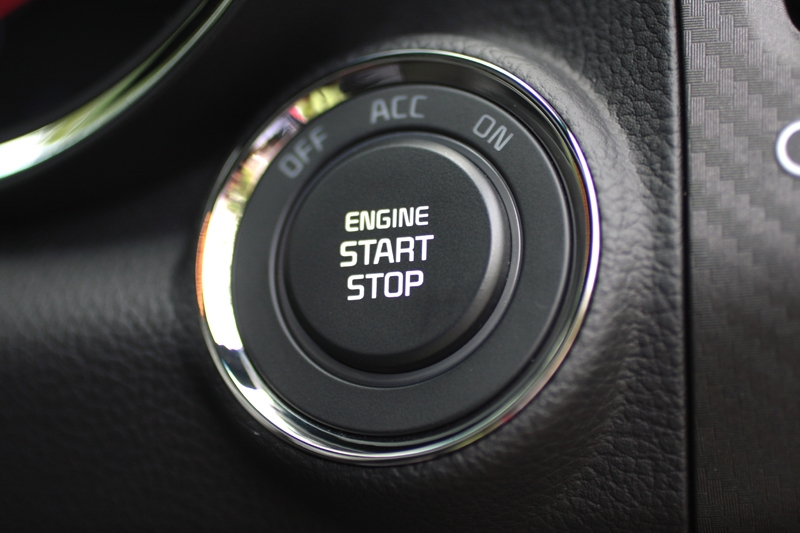 Corners are handled with gusto and the suspension system is brilliant enough to take on even spirited driving; body movements are equally predictable. So yes, the Koup is a safe and able handler and should be able to take on Malaysian B-roads. The brakes still need some improvement; it seems to fade just after several succession of hard work. 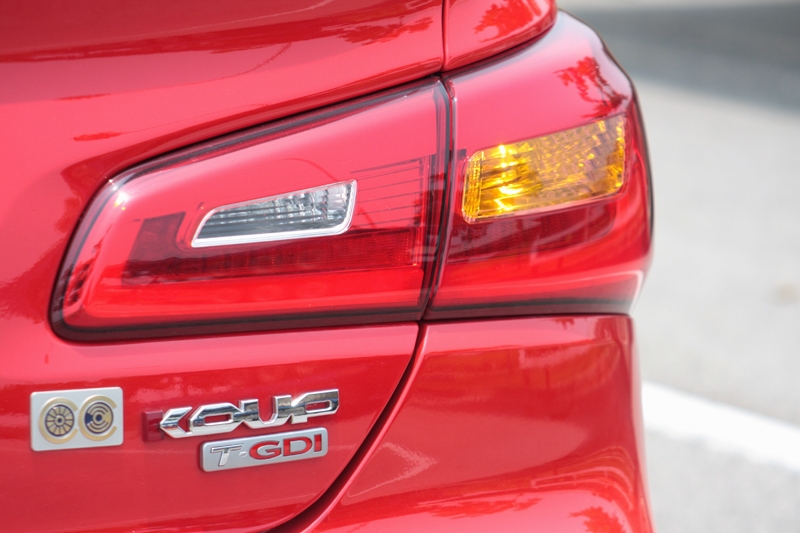 In a nutshell, the Koup is a brilliant effort at raising the brand’s profile as a capable and multi-talented car manufacturer. To be honest, this coupe has a lot to offer, particularly for drivers who - besides being less badge conscious — needs one car that is stylish and practical enough but with some go to match the show. It’s perfect even as a family’s second car. 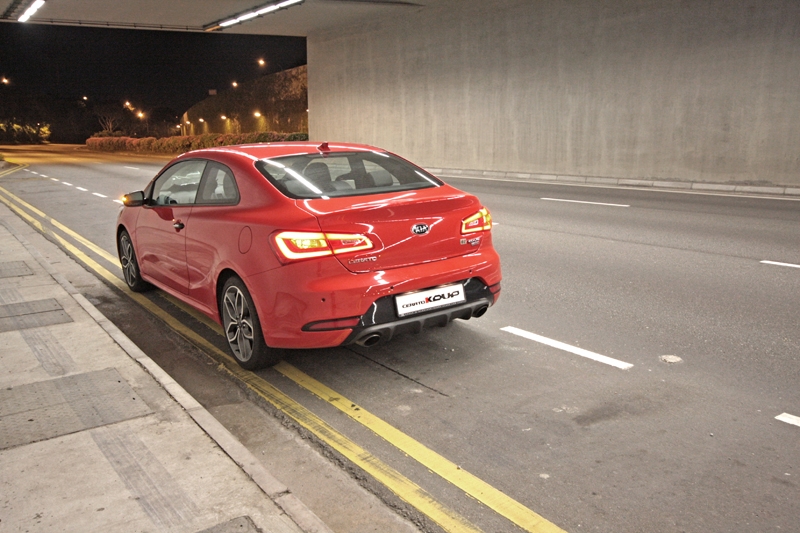 But when you come back to reality, the asking price is, without a doubt, steep for the natural target audience. On top of that, quality still needs some improvements.
If we are still living with 2004’s COE climate, I’m sure this Koup would be flying off the showroom floor as the lower price and quality is easily justified. Until that changes, the Koup will remain a rare sight on our roads. 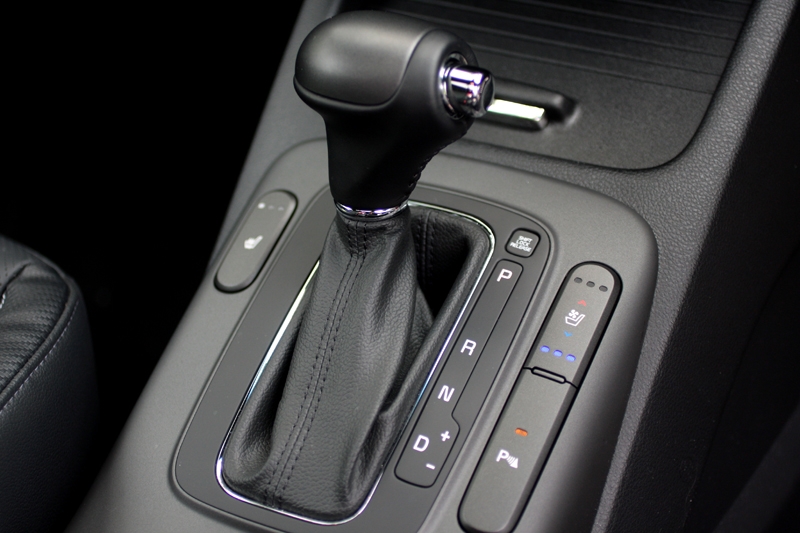 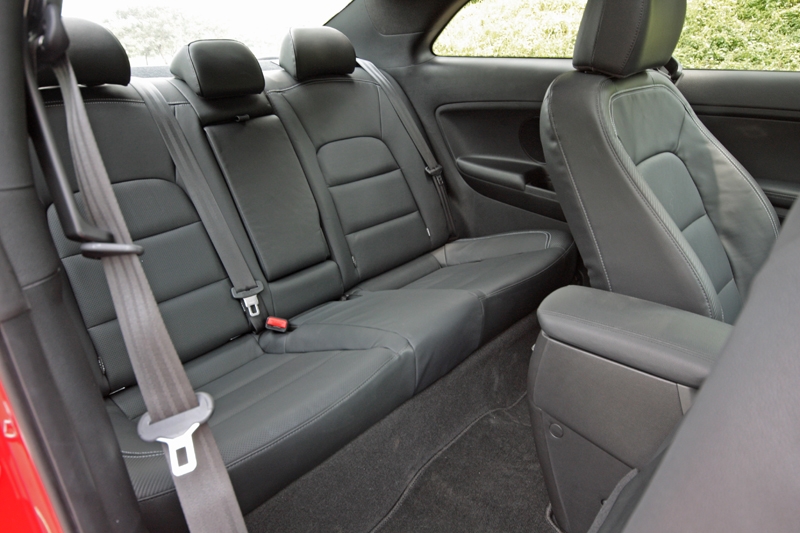 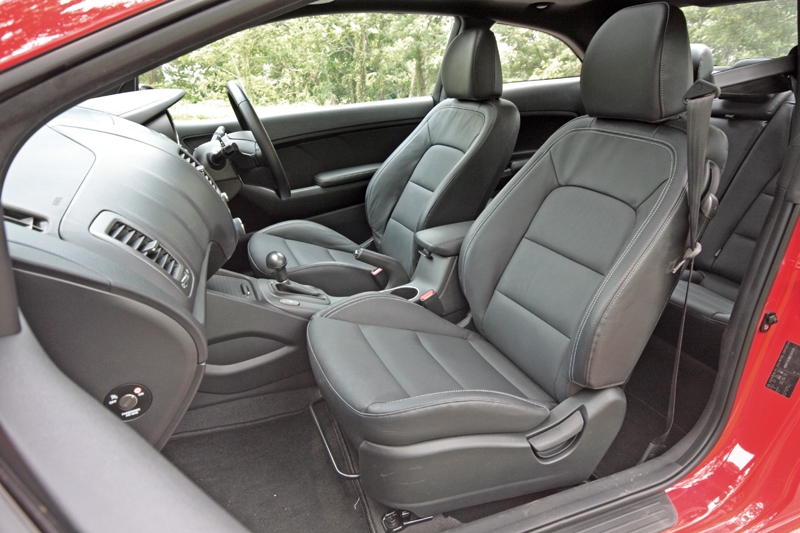